Last Sunday I head into the driving rain for what feels like the first pre-wed in an age. 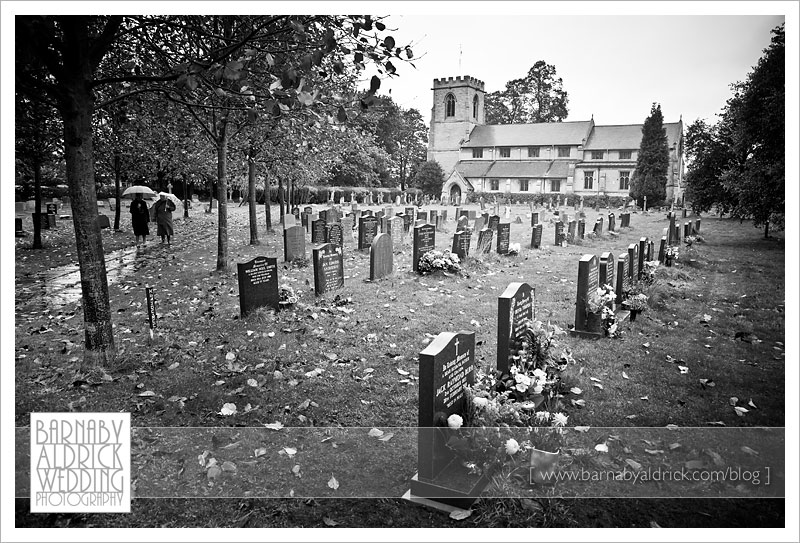 I hooked up with Emily & Martin at their church, St Andrew’s in Bishopthorpe for a quick recce.

Over the road was Bishopthorpe Palace, the grand home of the Archbishop of York.  We’ve decided to write to the current Archbishop, Dr John Sentamu, to see if he wouldn’t mind us doing a quick portrait shoot on his steps!  It’d be cool if we could. 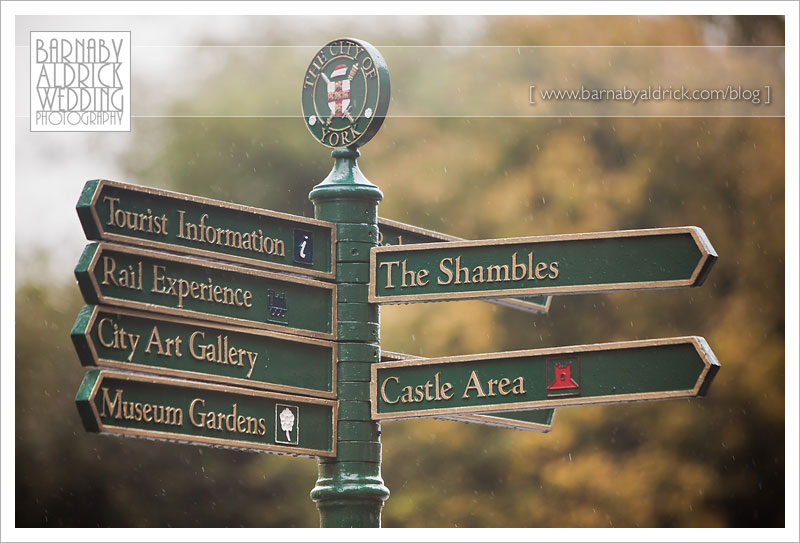 Anyhoos – in the drizzle we hit the centre of York for a coffee, to talk logistics and get up to speed with their plans.

Listening to them talk about how their day is shaping up, it sounds like it’s going to be a fun one, with a Scottish Kaylee at the Merchant Taylor’s Hall in York.

We kinda hoped the rain might stop by the time we hit the streets… But nae. 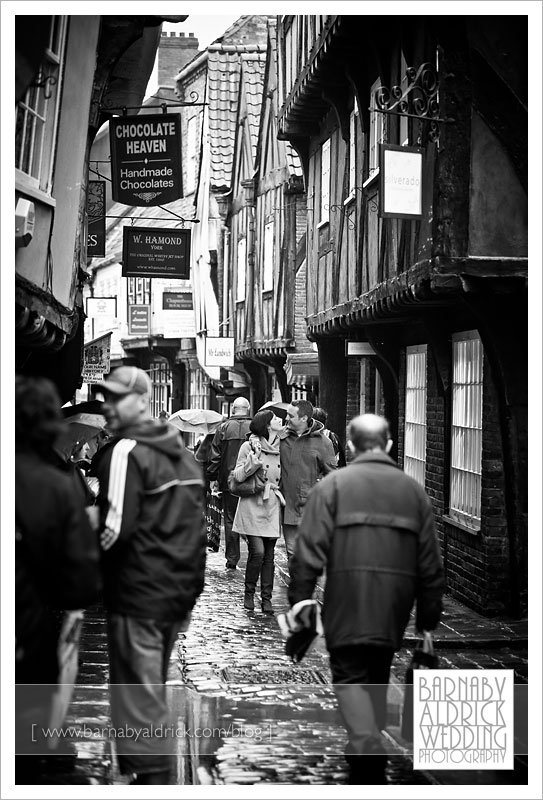 So after our coffee, and despite their nerves, we decided to dive in the deep end with a stroll up & down York’s most famous street, the Shambles. 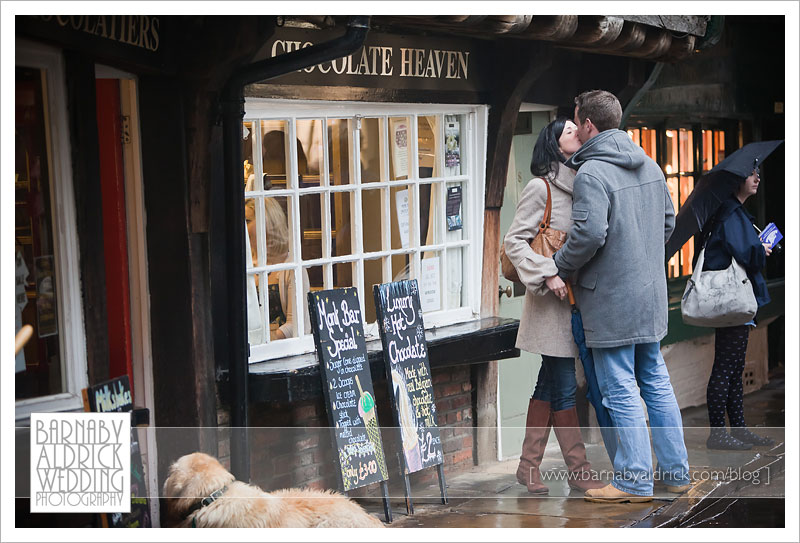 The irony of this shot was that Emily recently took an allergy test and found out she was allergic to loads of stuff, including chocolate. 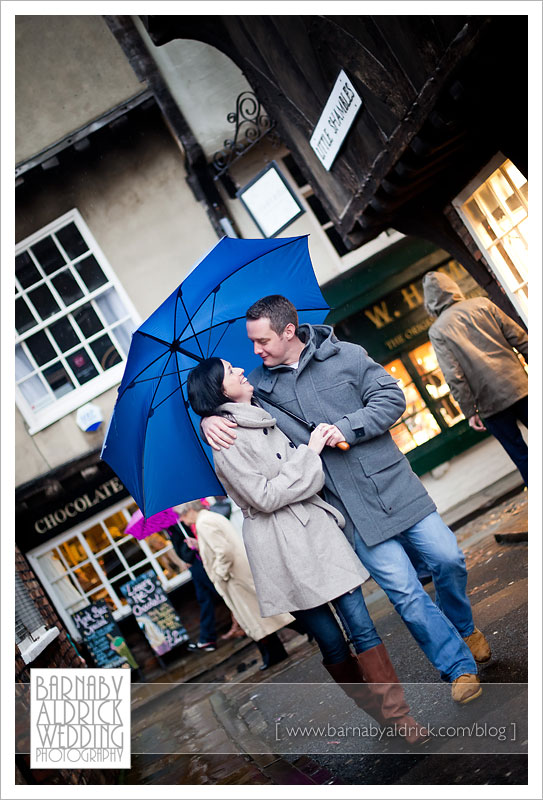 It’s great when a couple are game to play in the drizzle, in spite of the natural inclement.

Rain doesn’t stop play in this game.  Living in England, it’s something I’ve had to learn to get over & work with! 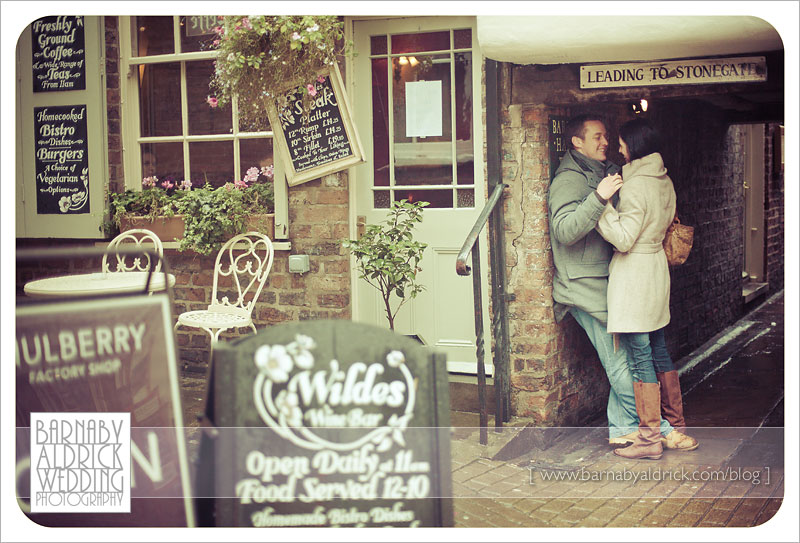 Lots of cool detail down a quite Yorky back alley 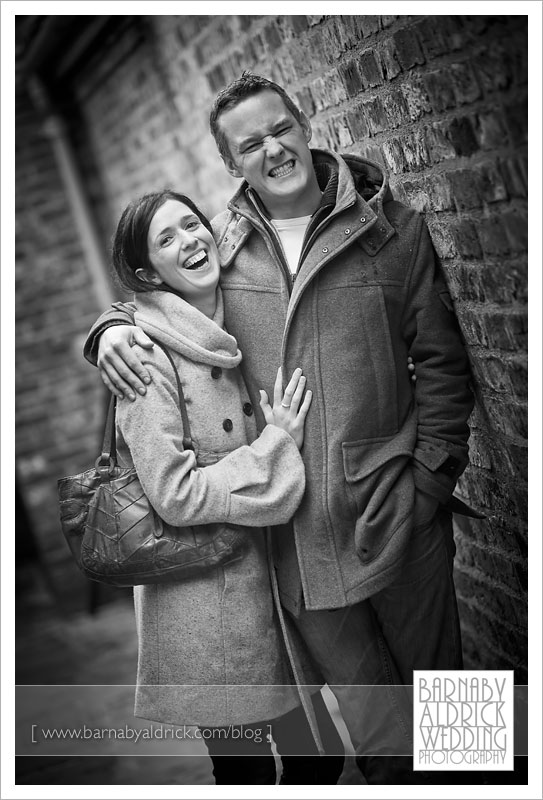 Martin’s got Scottish heritage and he and his ushers are givin’ it full Scottish mashings.

He’s had his own special tartan hand woven to order & will be rocking the sporren & ceramonial knife (the Skian Dubhs).

The Scottish Kaylee (country dancing) will no doubt be ace too. 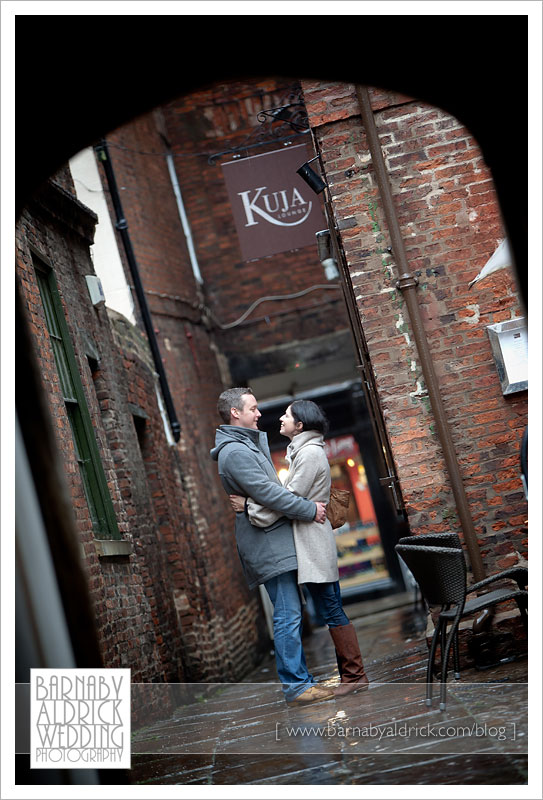 Every time I go to York I realise what a lovely city it is; with history steeped upon its worn cobbles. 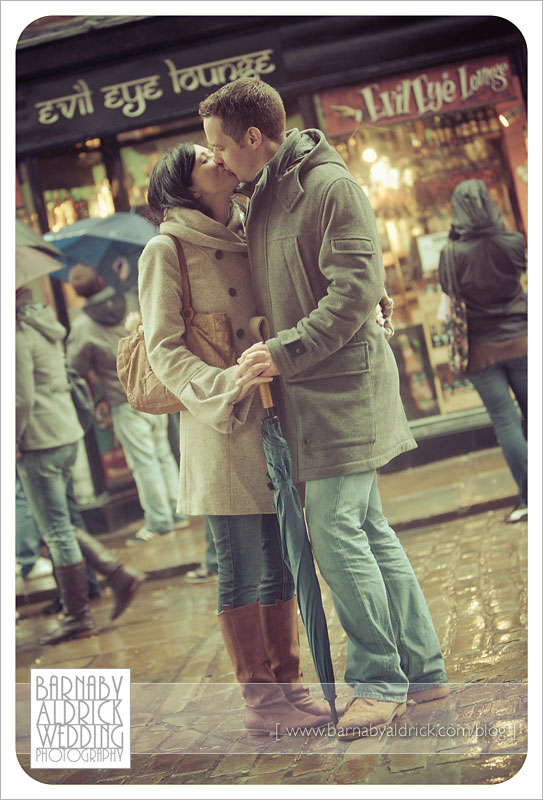 Outside the Evil Eye Lounge, a cheeky & unique cocktail lounge 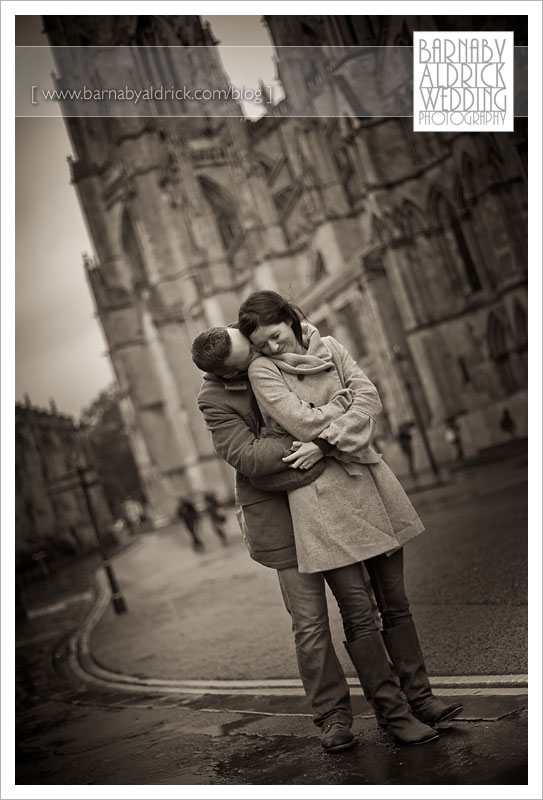 This one I particularly like, partly for it’s soft, uncontrasty processing, partly for the f1.6 bokeh (lens blur) on the York Minster, and partly for the moment Martin created by temporarily going vampire.

I’m really looking forward to joining these two later in October!  Especially as my hero & mentor Phil Barber is joining me as my wingman!