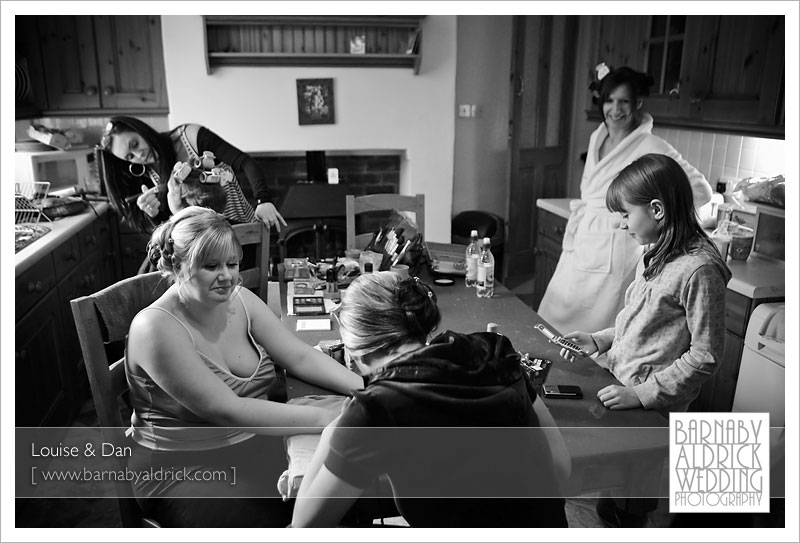 Dan and Louise’s big day came around at last, on a crisp winters day.  Lots of my friends were around as guests or members of the wedding party.  I’d even photographed Lou’s Dad’s wedding a few years back and it was ace to see Bob & Ruth again.  He’s a dude.

We spent the full day with Dan & Lou, starting with bridal preparations, to a soundtrack of old-school 80’s classics, to the giddy gents at Norton Grange Hotel, then over to St James’ Church in Milnrow.  A quick confetti shower & a spin round a chilly Norton Grange later and we’re wedding breakfasting with the guests, and catching some great speeches from Dan, Bob & Reeko.

As this wedding was over the Pennines, Dan & Lou were kind enough to put us up for the night with guests at the amazing Norton Grange Hotel with their guests, a 4* Spa Hotel!  So we stayed up, intermittently snapping and dancing, till the only the hard-core guests remained!  After a cooked breakfast the following morning we had a jacuzzi & steam before hitting the road back to Leeds!  Not bad at all.

Here are a few of my fave photos from the day… 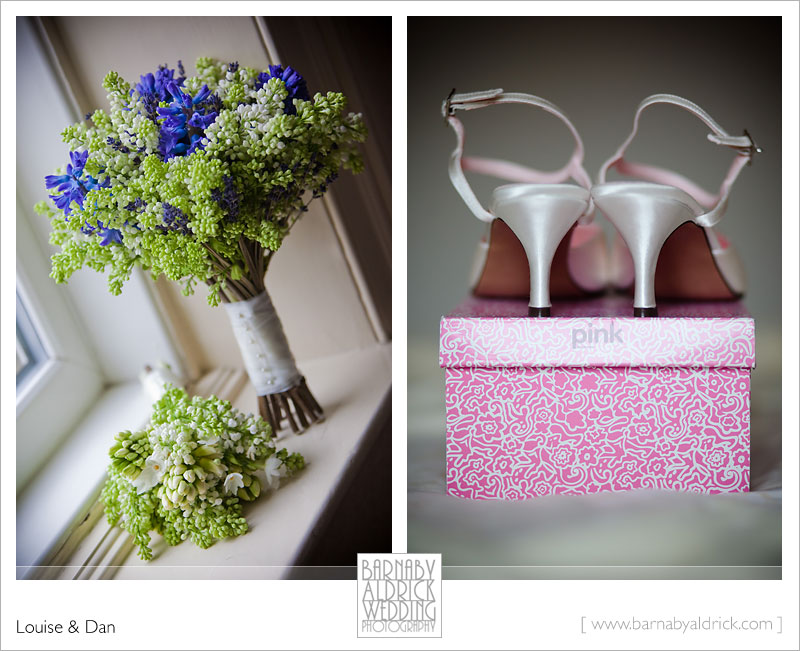 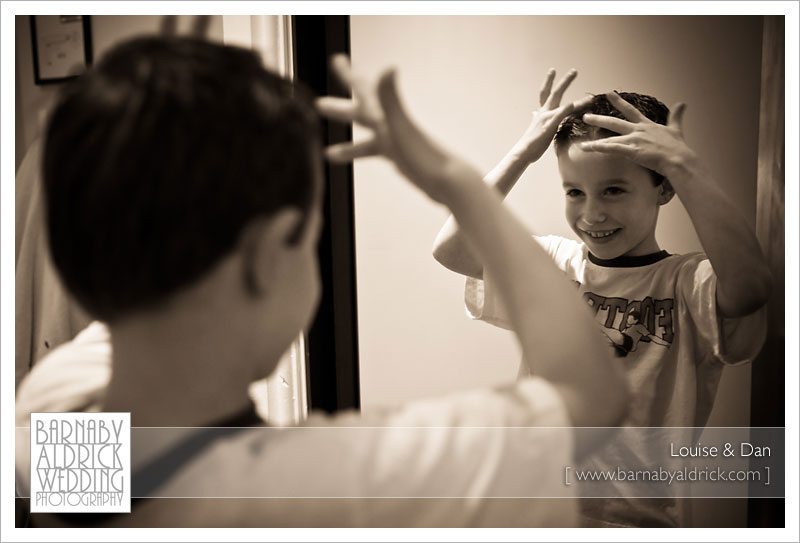 And the girls adding the finishing touches. 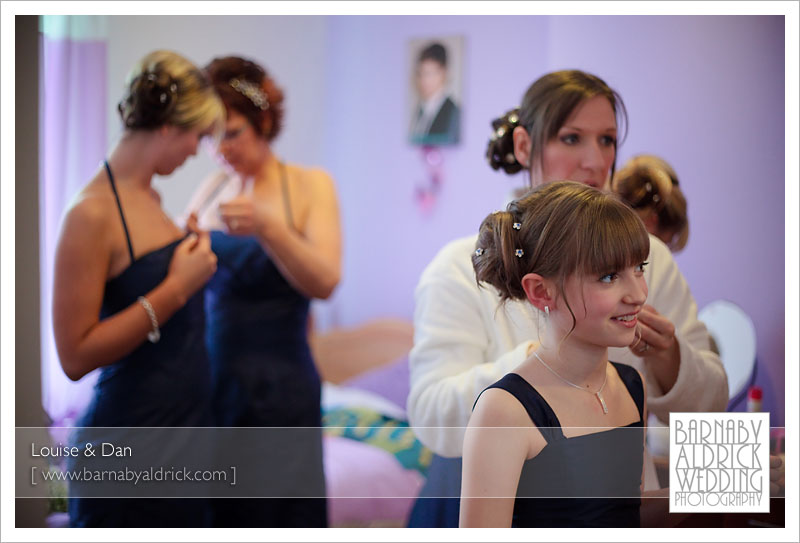 I love this photo of Bob, Ruth’s Dad seeing his daughter in her dress for the first time.  A real moment. 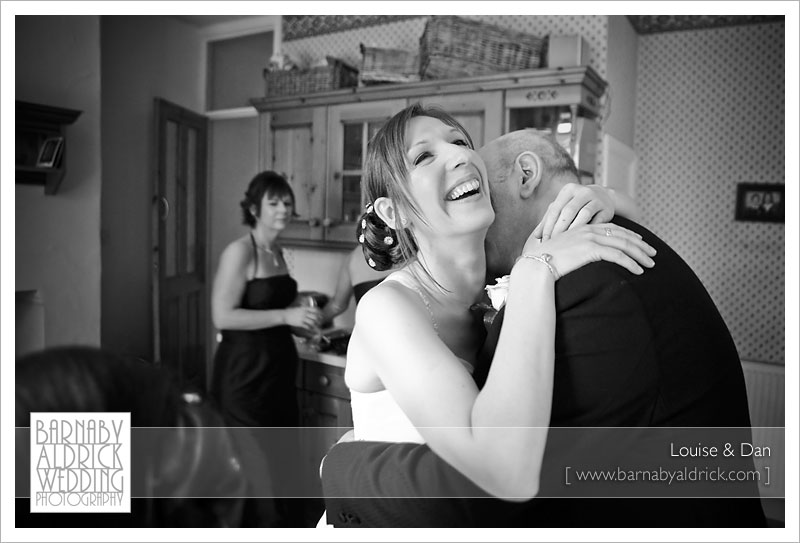 Dan’s dad died a few years back and each brother lit a 3-wicked candle for him before guests arrived.  Another special moment. 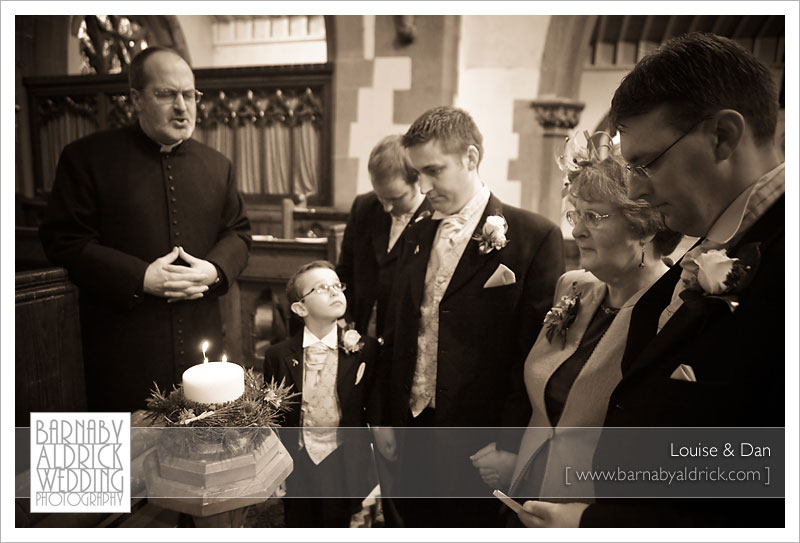 I love this one too of James checking his mum arriving while Dan calms contemplative nerves. 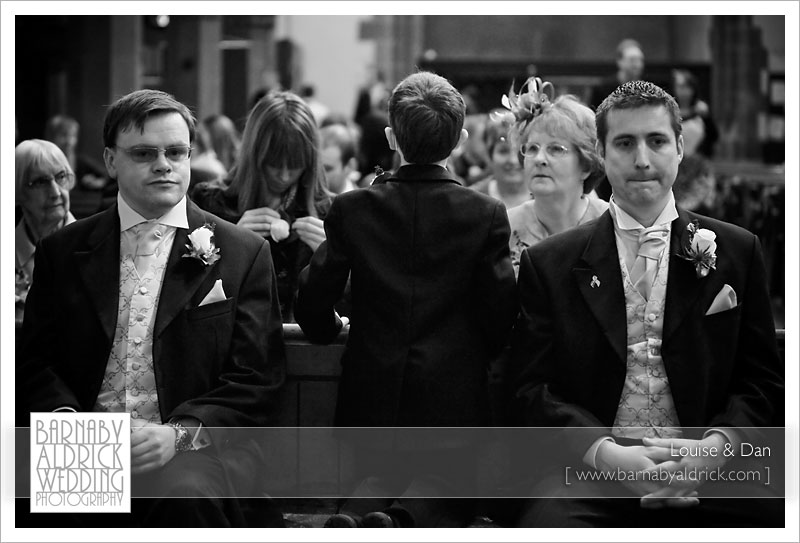 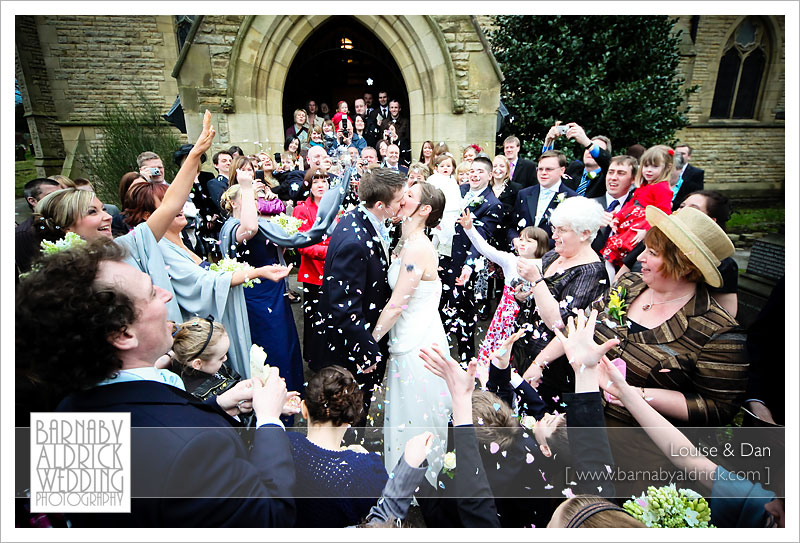 Lou has a wicked laugh! 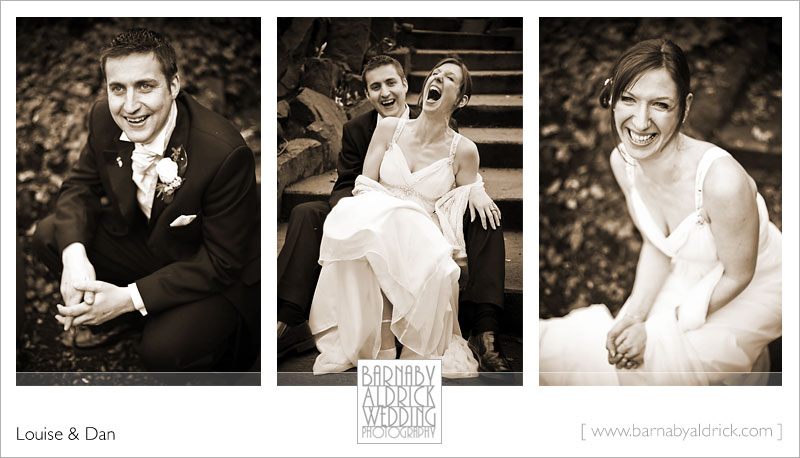 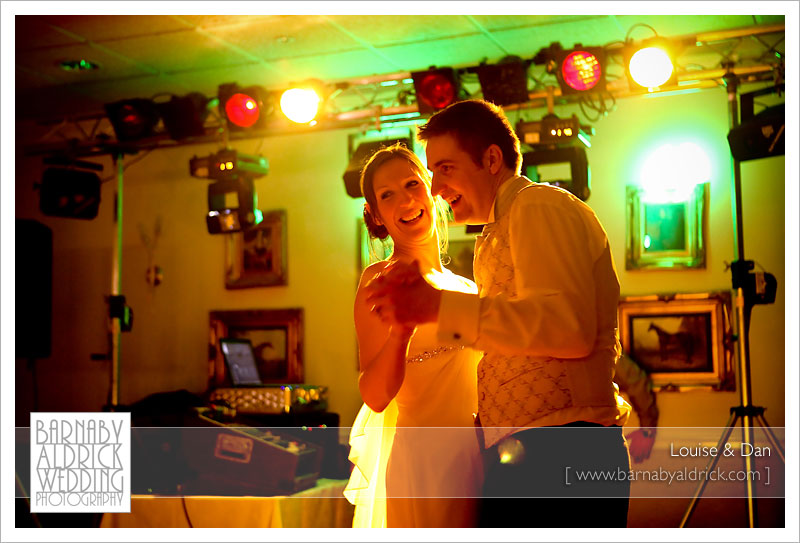 As there were lots of children at this wedding lots of games were played by a great DJ.  Couples had to dance with a potato wedged between their heads, a caterpillar of guests had to cross the room and back with a balloon between each person – all good clean fun.  Below is a new take on musical chairs, where the guys were chairs and the girls the sitters! 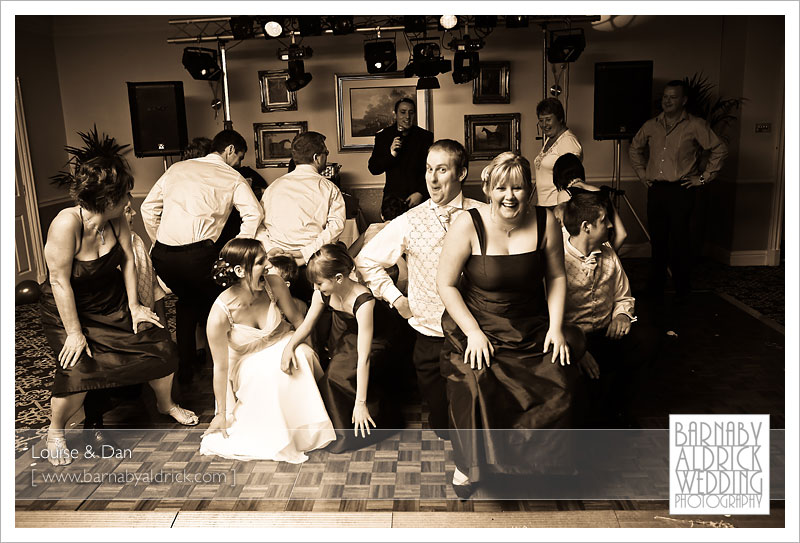 The hardcore dancers left remaining at the end! 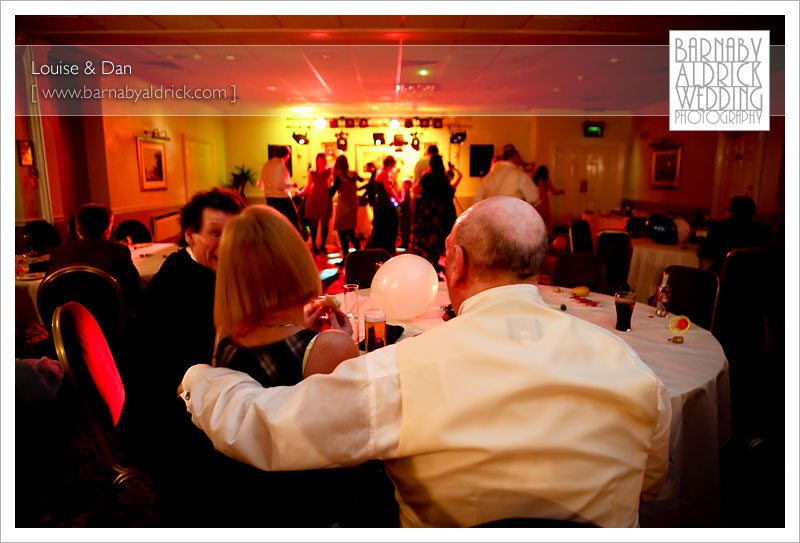 It was amazing to spend such a fun and emotional day with Lou & Dan and their families.  They really made us feel part of the day & pulled out the stops letting us join their guests for dinner and putting us up! They’ve even invited us back for pizza as a thank you!

Here’s to a very happy future to them both!