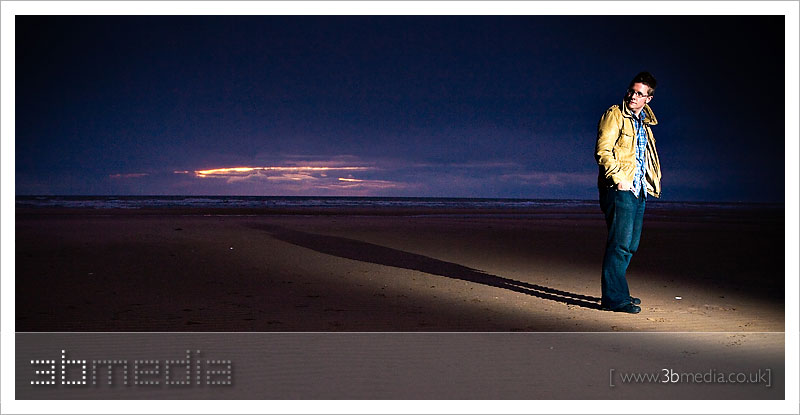 Who’s that gimp on a beach trying to look like a model??

I’m part of a fantastic and supportive photographic network called the Randall Network, set up by the clued-up Stewart Randall.  He and many of the other togs in this network are also members of the giving photographer & branding guru Becker‘s [B]-School.  In association with these two fine collections, we decided that after a summer’s hard graft we should have a get together in Blackpool for fish’n chips, salty sea air & to put faces to names.  My 3B media partners in crime, Mr Barber & Messrs Booker came along for the ride on Wednesday arvo.  We checked into our shady Blackpool hotel a stones throw from the sea (phil was asked to use the single bed in his family room, cos the landlady finds the double more of a pain to change!) and hooked up with the gang.

That afternoon, via fish & chips & £5 bottles of wine, descended quickly into evening.  As the infamous (and sadly rather underwhelming) Blackpool illuminations kicked in a few of us were getting itchy trigger fingers, so we skipped out onto the brown sands in the fine misty rain.  It was a pushing on too dark, but Booker, Barber & I were quick on the natural light f1.2 snaps & the off camera zoomed flashguns. The model we’d lined up bailed last minute, so we photographed ourselves, realising as usual how wrong it feels on the wrong side of the camera! So that’s why I’m beached trying not to look at Booker flashing at me. 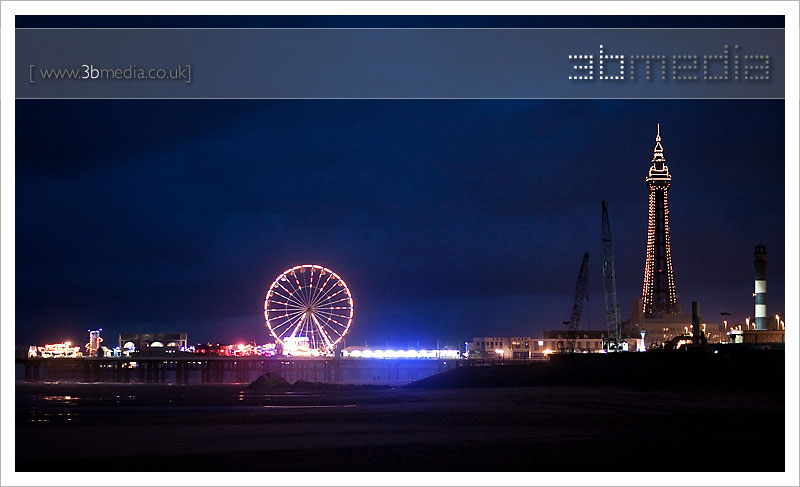 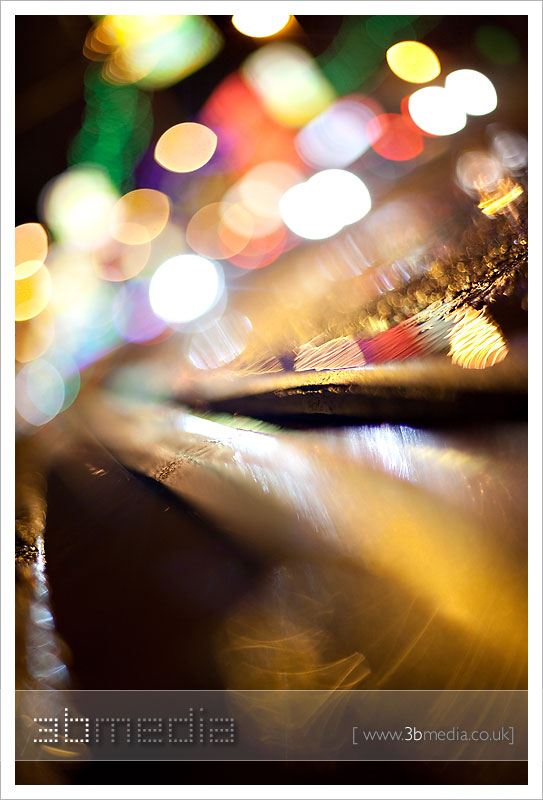 Anyhoos – before we split today I gathered our RAW efforts and have just blended them together in Lightroom into the gallery below.

After that minor photo outburst we hit a Chinese t’tother side of the tower, and a couple of bars later were in Che-Bar, a dubious bar indeed; with fridges brimming with VK alcopops, a DJ with attention deficit disorder & too much to say & lots of 18 year olds dancing like hussies.  An entertaining, and impressively vivid student flashback nightmare.

It really was cool to hang out and get to know these photo chico’s better over the past couple of days.  They are an excellent bunch and it’s quality to belong to a supportive network.  I’m looking forward to the next pissup I mean ‘get-together’.

By the way: I haven’t forgotten to blog Sicily! They’ve been filed and are in the queue…