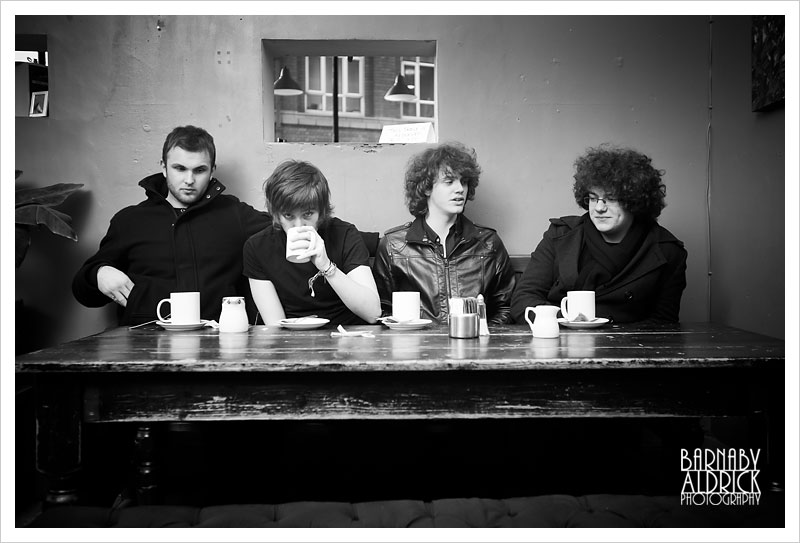 I was approached by a drummer I know to do some promo photographs for his up-coming Wales-based band Catfish and The Bottlemen. 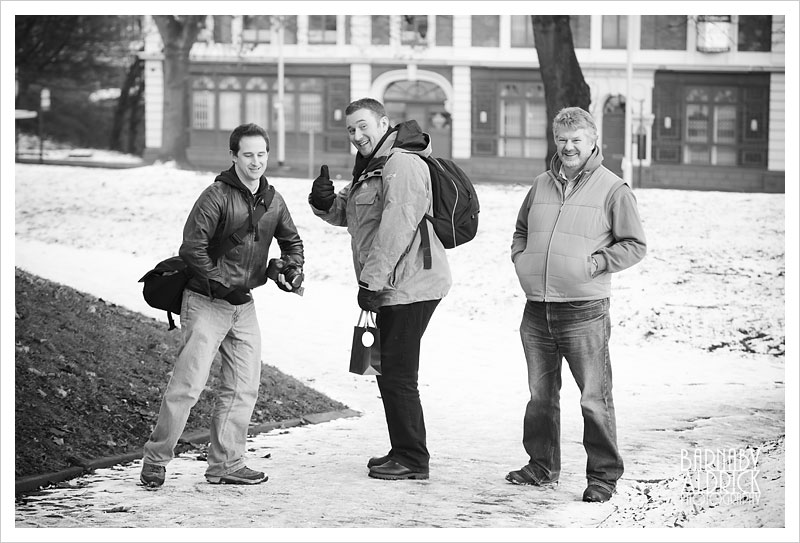 and invited the band up to Leeds to spend an afternoon getting creative.  (On the right is Tim Hall, their chauffeur!) 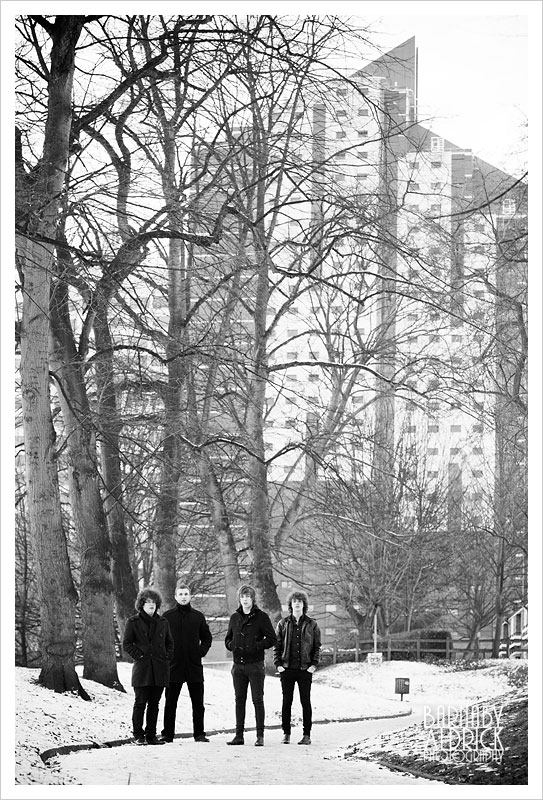 We kicked off with a a bit of standard issue ‘stand-in-a-line-&-look-grump’ shots, to warm them up (metaphorically only, as it was freezing). 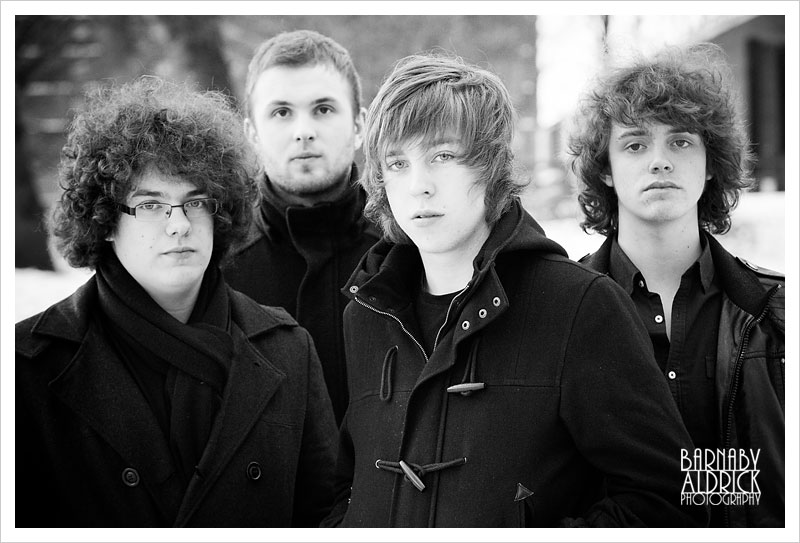 It doesn’t hurt to show what the band look like, even though it’s been done a million times before.

They’d sent me a bunch of contrasty side-lit band portraits they liked and wanted me to replicate of them stood together. 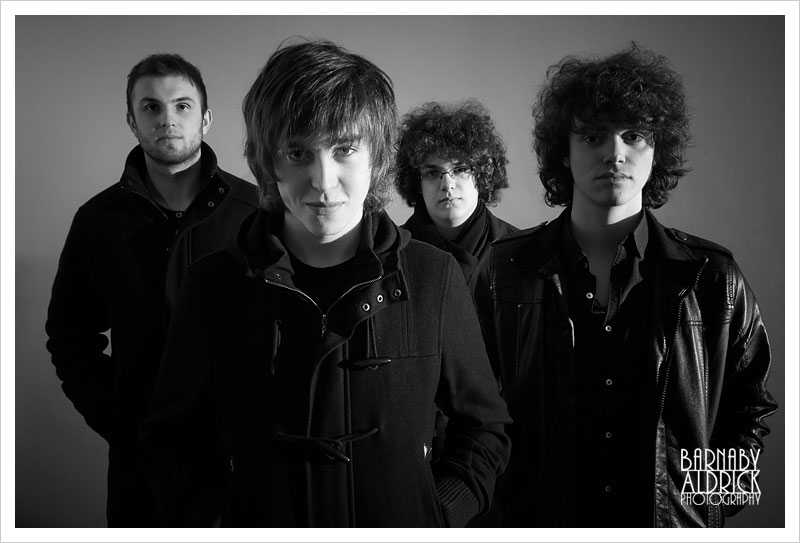 So I decided to exploit the rarely changing door codes of my old city centre flat and set up a mobile studio at the end of a white corridor there.

And with my Elichrom Quadra flash head to the side, I found the portrait was a tad lackluster.  So we put out thinking hats on. 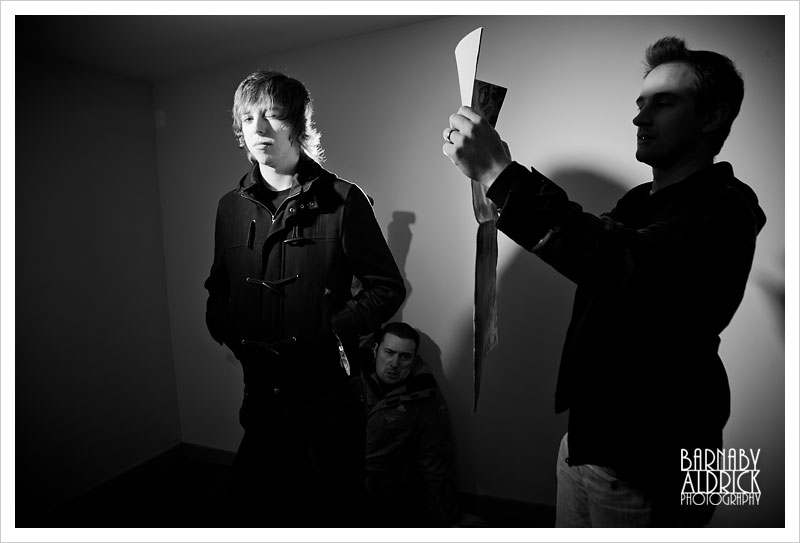 Getting a little more creative, we set up the main flash (in a softbox) to the left, Cris hid behind them with a radio triggered, manually set speedlight and Tom stood to the side with a sheet of wrapping paper he had in his car to act as a fill-reflector.  It was a bit DIY, but check this… 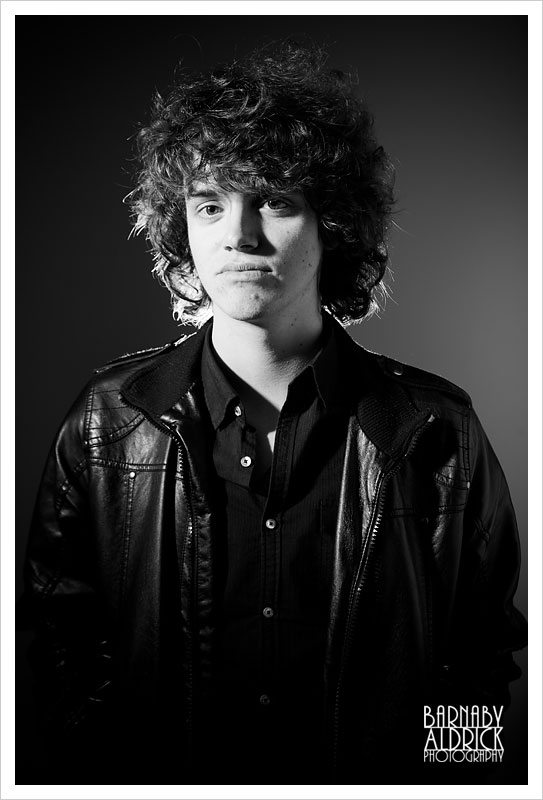 The results looked sweet eh?  The speedlight backlight really lights the hair and lifts our little rockers out of the shot. 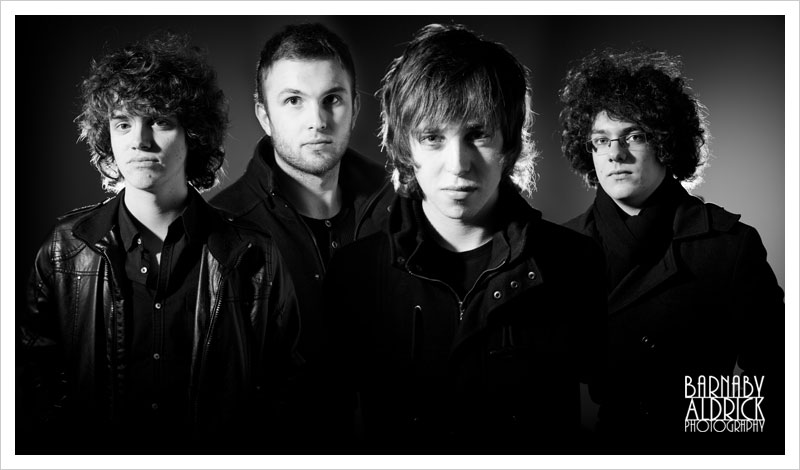 I photographed them all individually and roughly comped them together in photoshop.

I think they look ace. 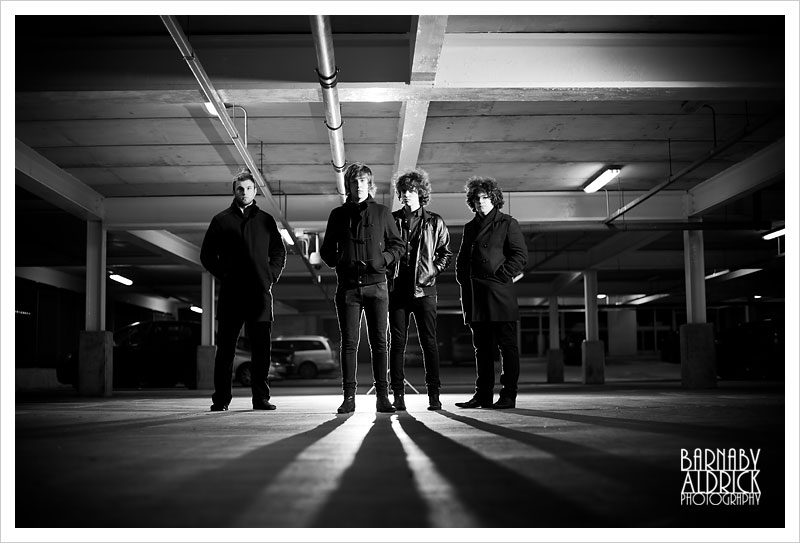 Afterwards, we hit the carpark to play with a similar idea.  Again, backlit with a radio trigger speedlight and side lit with a main contrasty light.

(don’t tell anyone, but you can see the legs of the flash stand behind their legs) 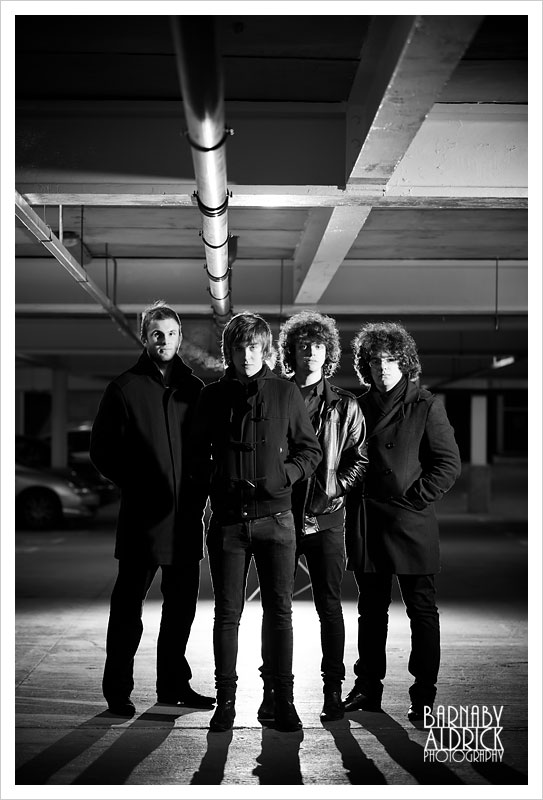 I like how the flash  casts long forward shadows 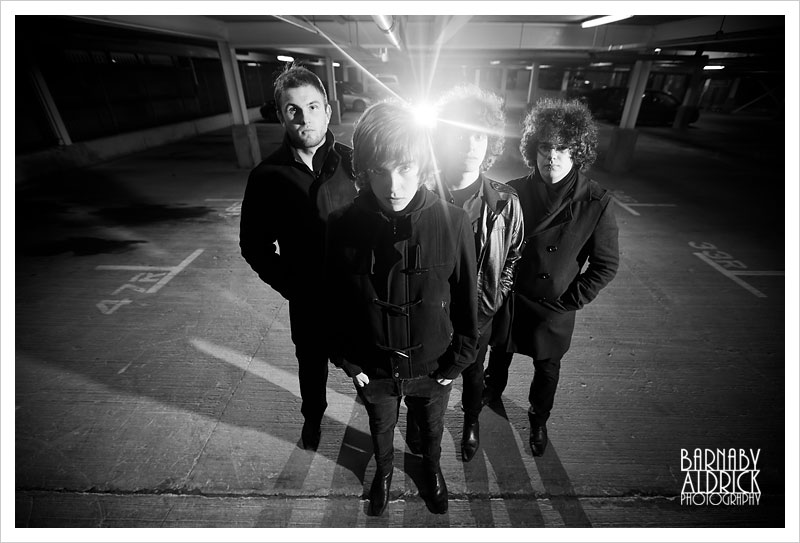 And to wrap up, I shot the same setup high, to catch the flare of the flash peeping through… 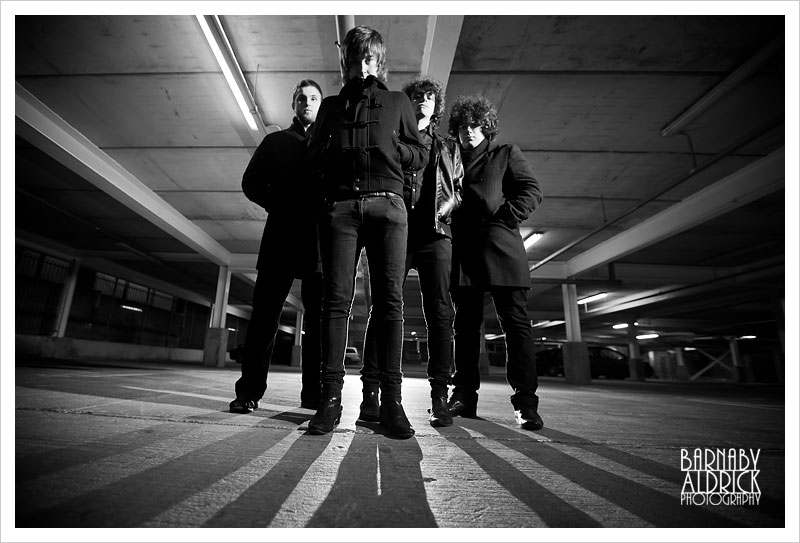 And super low to make em look big and ‘ard 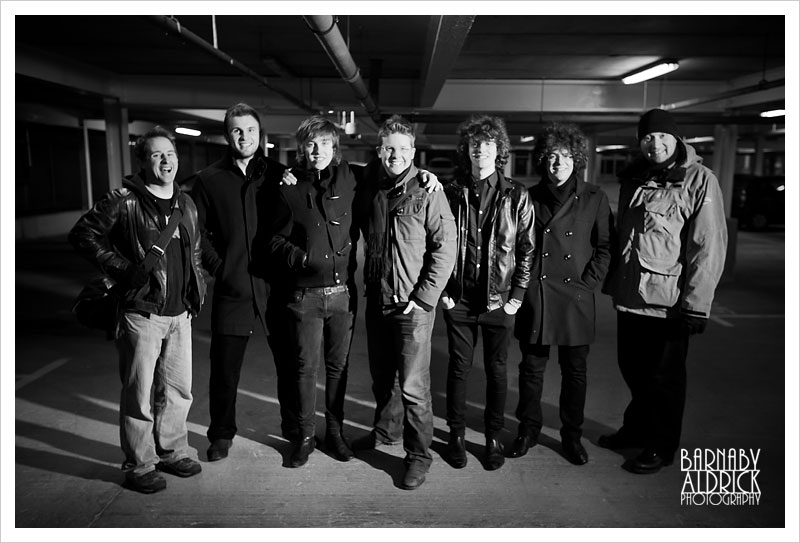 Go team! Cheers to the band, and to Tom & Chris for all being great and making it a cracking shoot!