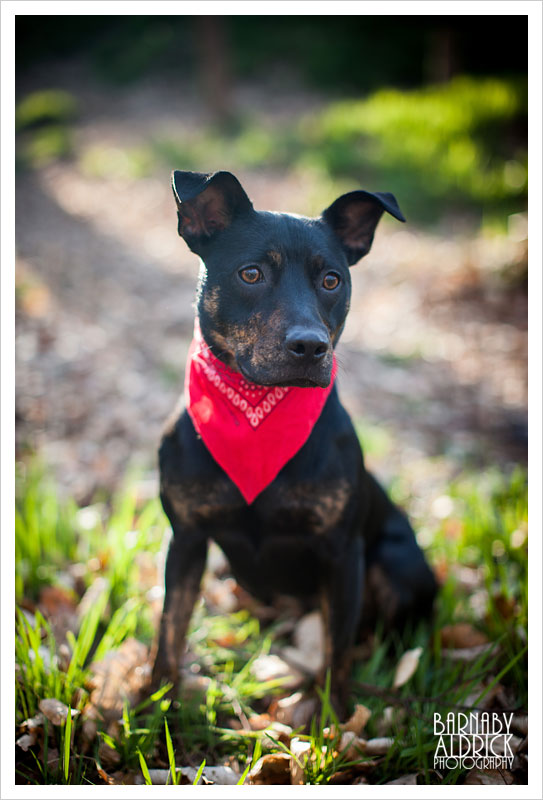 Today is the one year anniversary of rescuing this lovely little staffy cross, Kyra – our ‘Kyranniversary’, if you will!

She’s such a joy in our life, and puts up with me dressing her up as Star Wars characters and taking her our in public in silly neckerchiefs!

[ Check out the posts I’ve done about her here ] 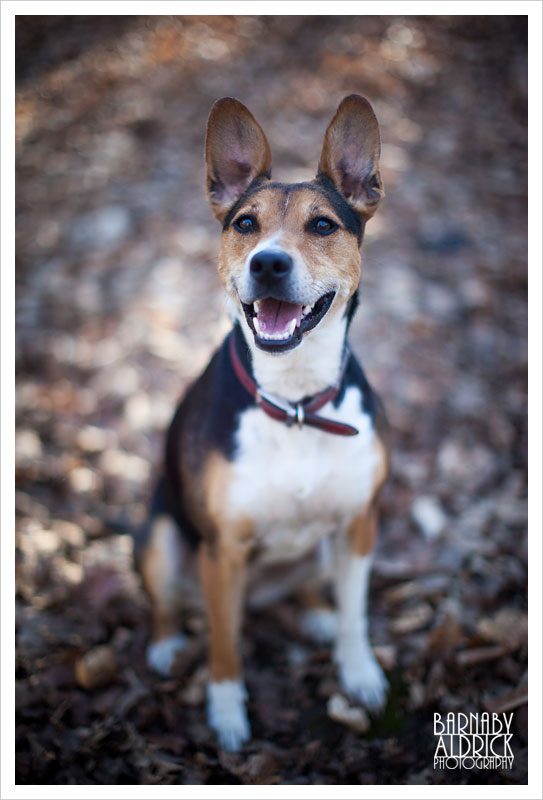 Last week Kyra & I joined this little lady for a photoshoot!

Her name is Chase.  She is awesome. 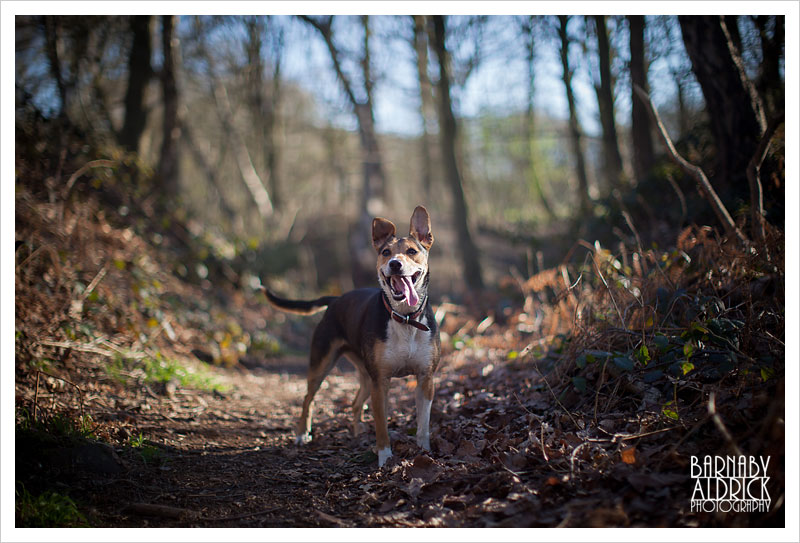 A fellow rescue dog-owning pal of mine, Yasmin, got in touch to see if I was able to pap our buddy Jonty’s rescue dog Chase.  Jonty’s away on holiday, so Yasmin’s having a lovely time dog sitting Chase for a few weeks.  When Jonty returns in a few weeks it’s his birthday, so Yasmin thought it’d be nice to give him a surprise print of his beautiful pooch!

I thought it was a lovely idea, and was totally game for a walk with these guys! 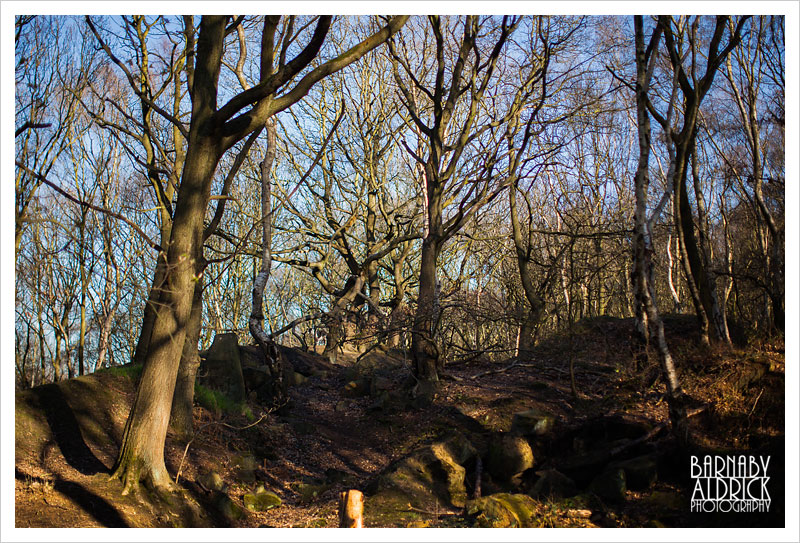 So on one of the amazing summery evenings we’ve been having recently, we went to Bramley Falls park near where I live, and walked the dogs! 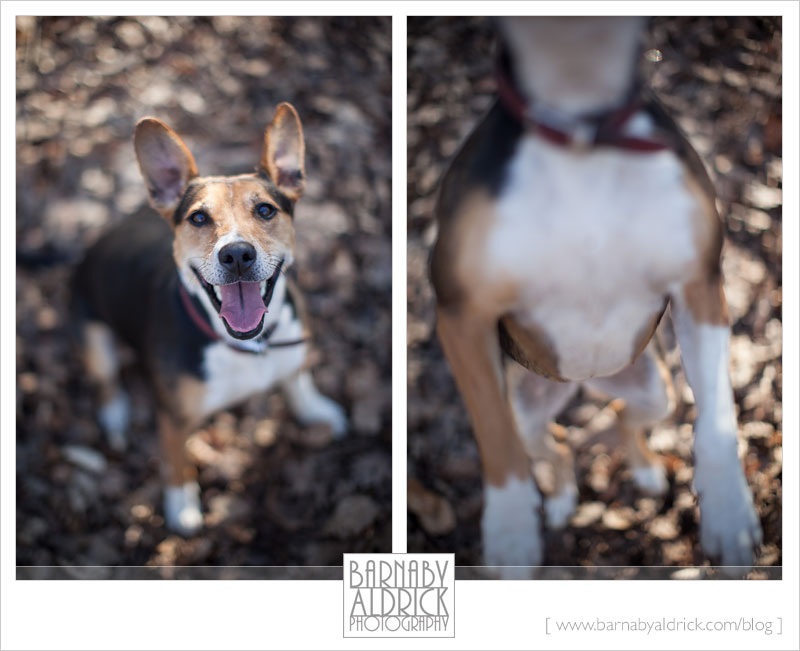 Chase wasn’t quite as used to the sit-and-wait-for-a-treat-while-I-photograph-you games I play with Kyra.

[Though if someone brought hotdog treats out with them and I didn’t know the rules, I’d probably be jumping up too!] 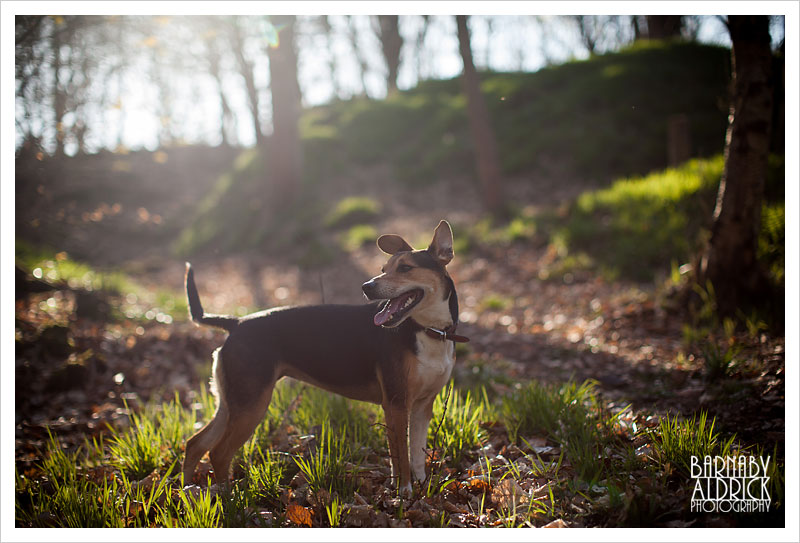 I wanted to get some nice environmental portraits of Chase in the beautiful sunlight.

[We only noticed later that she’s got a right angled tail!] 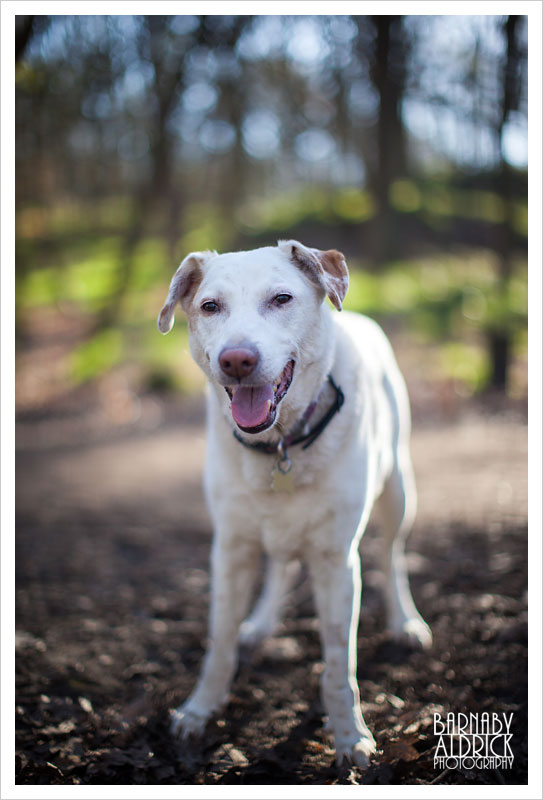 He generally plodded around with us while Kyra chased Chase and Chase gave chase! 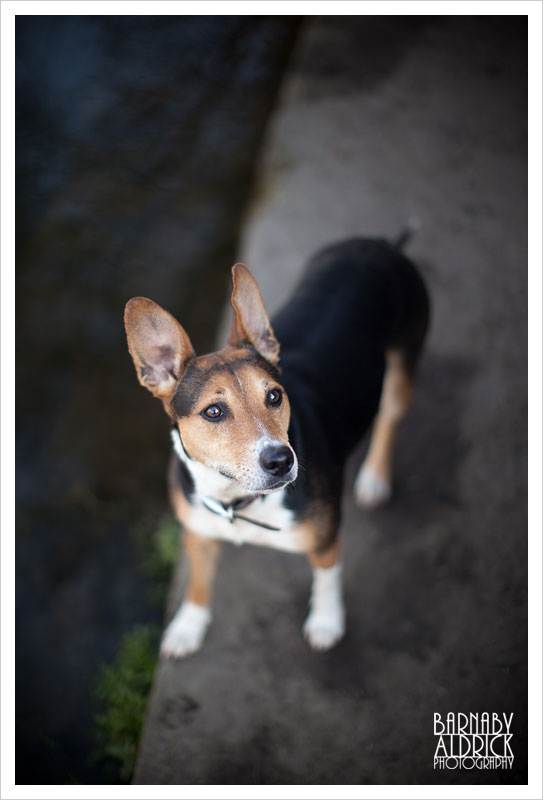 Down by the canal I rather liked this one.

I love her rabbit-like ears… 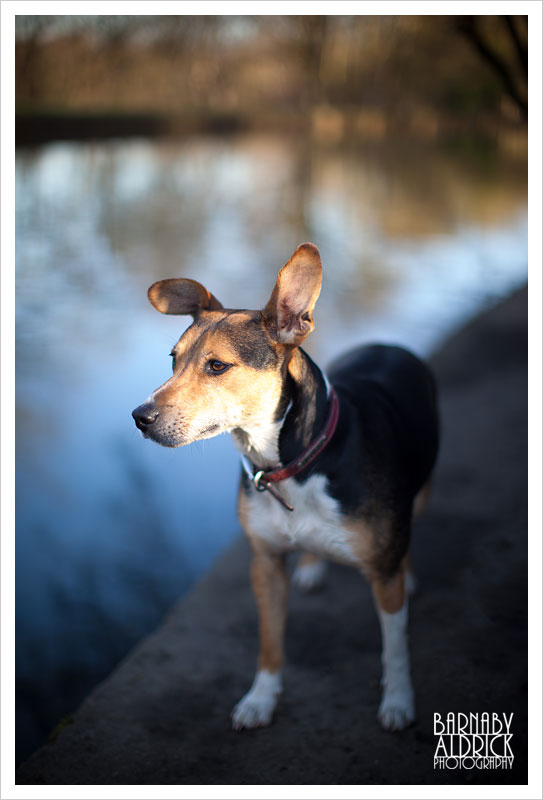 …and how they kinda flopped down under their own weight! 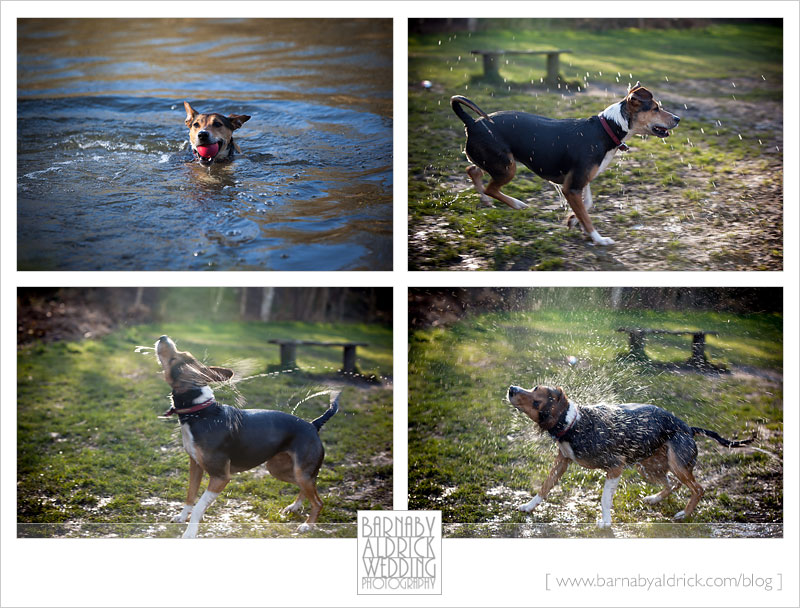 Chase liked a good swim, and had a good few trips in & out of the canal. 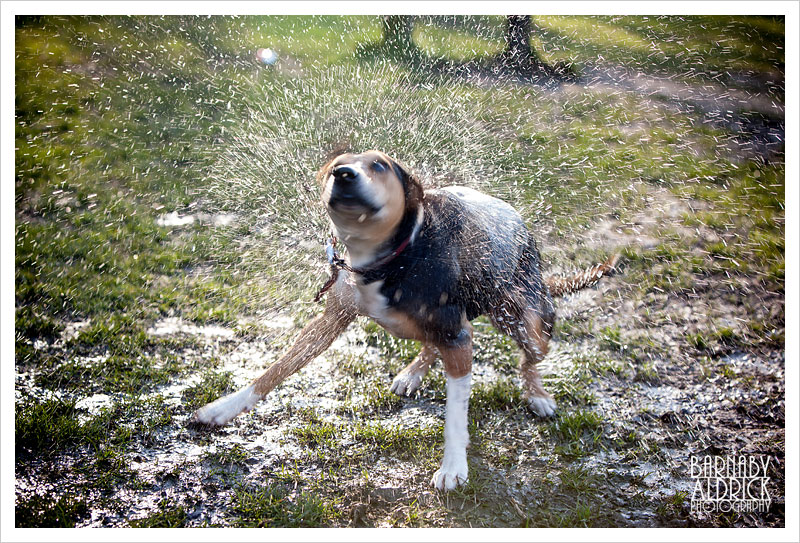 Sleek and poised in the sunlight. 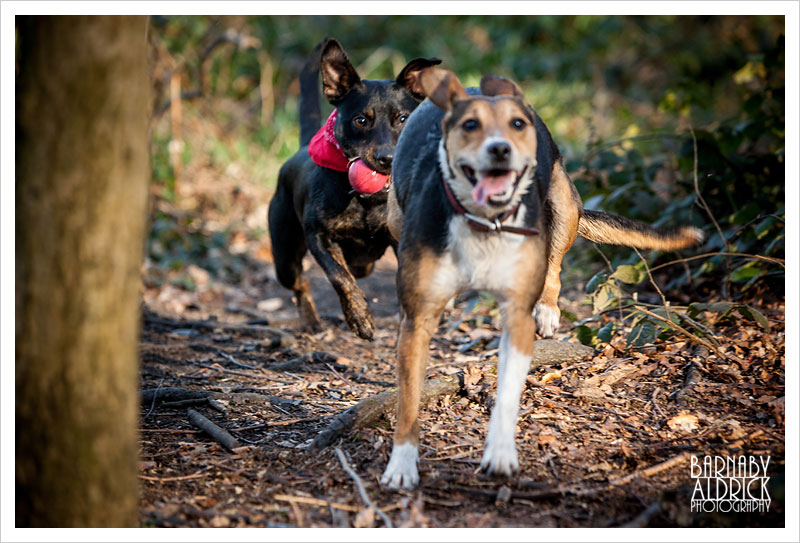 The cooling water only gave them more energy to bound around like looneys in the forest! 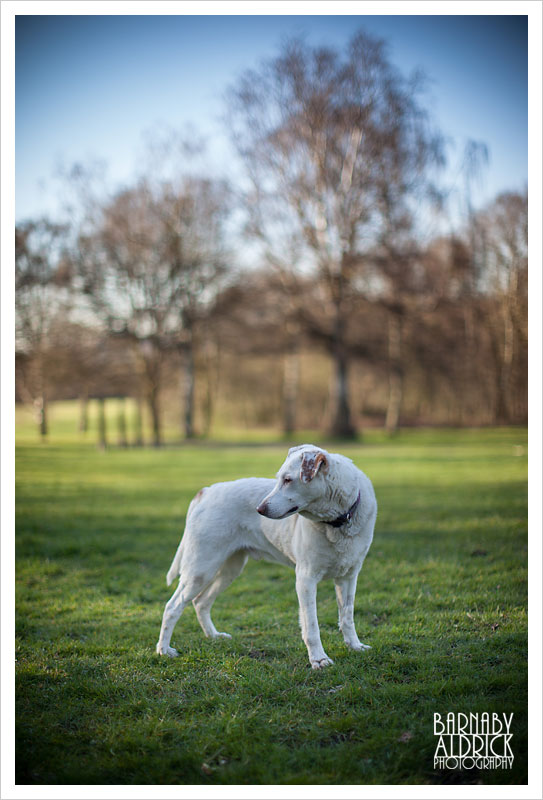 While Ned kept a watchful eye. 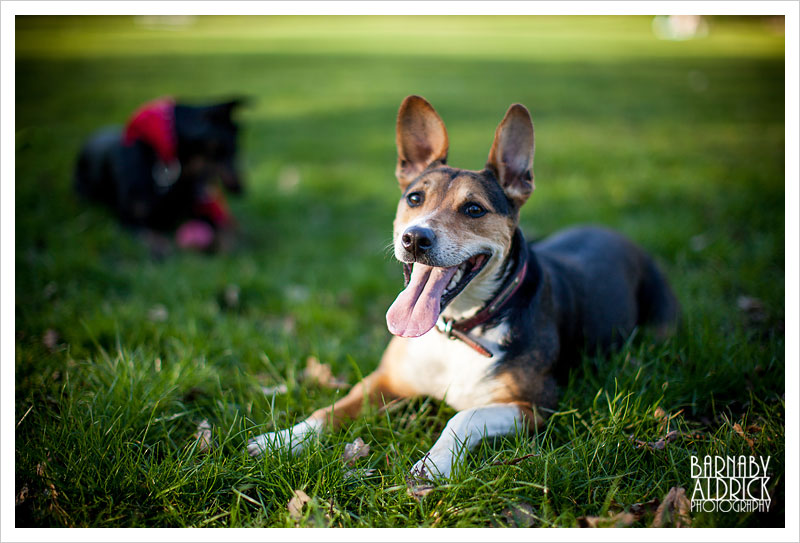 These guys were seriously pooped by the end of our walk! 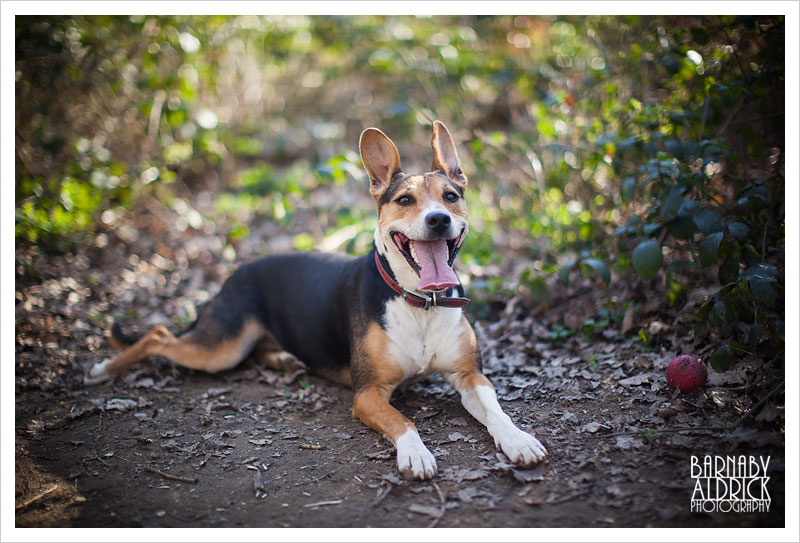 In fact, at the start, this young lady was more interested in tearing up the paths with Kyra, and checking her wee-mail, so Yasmin & I concocted a cunning plan to play fetch with her ball slinger until she was so pooped Chase gave had to lie down!

Look at the length of that tongue!

That is one hot dog 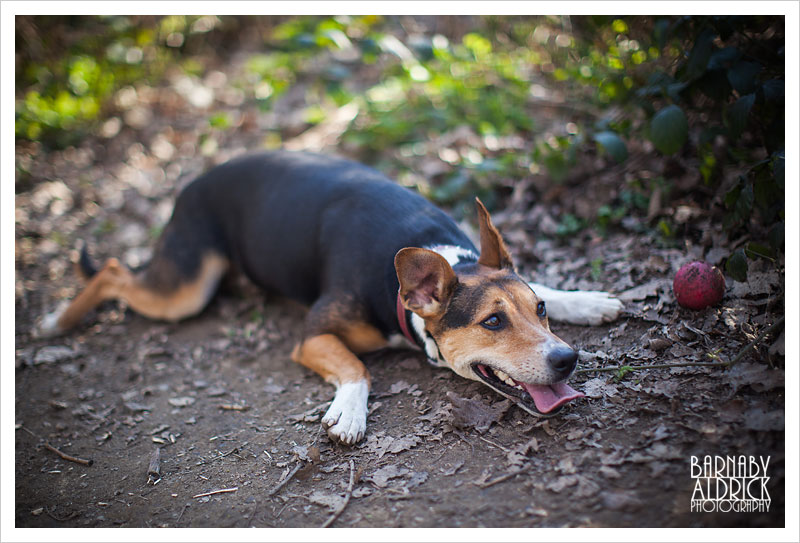 It almost worked too well!

She looks like those comedy ancient cars in a film, when their axel goes and the wheels fall off! 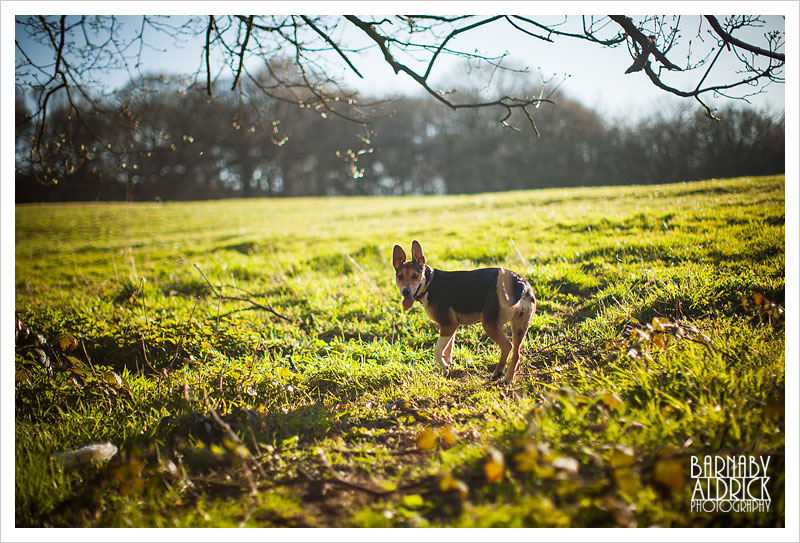 I was kinda the bribey treat-man at the shoot, and think we may have both fallen for one another.  She was almost identical in personality to K.

It’s really special when dogs check back like this to see what you’re up to before they bound off.  Kyra does this too. 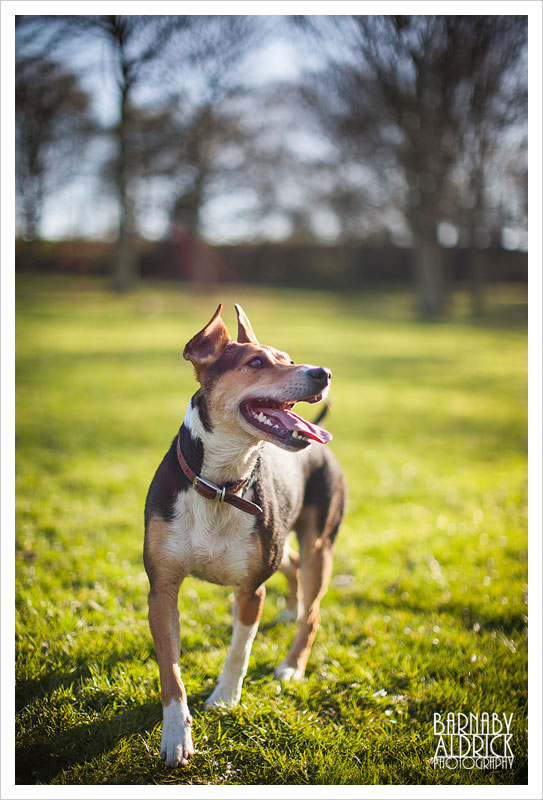 Chase was clearly enjoying her holiday with Yasmin & grandpa Ned, and the gang all had a blast in the Park’s golden sunshine.

Technically, in spite of generally shooting everything at f1.2 on my 50mm or f2.8 on my 70-200 lenses – a ridiculous idea with a subject that pathologically can’t stay still – I was really pleased with the stash we caught and really can’t make up my mind which is my fave! 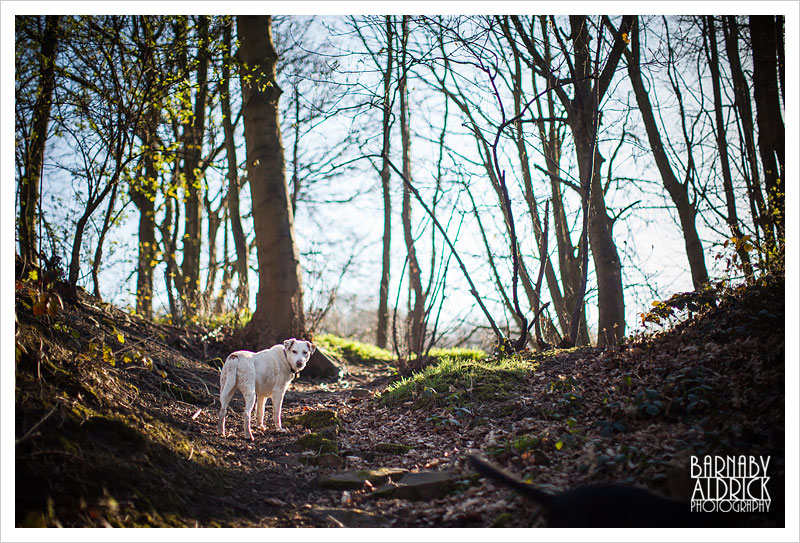 I love this one of ol’ Neddy, again checking in with Yasmin.

All these dogs were rescued in one shape or other, and it’s such a special thing to do to rehome a dog.

We got Kyra from Sue at the amazing Yorkshire Rose Dog Rescue, and they’ve always got loads of dogs (sadly often Staffies) on their site, looking for love and a ‘forever home’.  Do check out their site if you’re interested or would like to foster dogs needing rehoming.

Not only do they get you out exercising, but they add such magic, laughter and light into your life.

Thanks as always for reading peeps,

ps. Which is your favourite?  Post in the comments and let me know!