Well that was a crazy busy weekend! As well as the three pre-weds and an excellent Akbars curry with pals (try the Murgh Makhani if you’re passing!) I managed to check out two stand-up comedy titans, Eddie Izzard & Jimmy Carr.

Saturday was Eddie’s turn and with about 12 friends we made an exodus to Manchester for his lastest live offering, the ‘Stripped‘ tour.  Before joining Edmund we swarmed on an ace Manchester Pizzeria called Dough.  Check it if you’re about, for it was damn tasty (Asian Chicken pizza anyone, marinated in chilli and limes and served with cashew nuts, green peppers, red onions, mozzarella, tomato sauce, fresh coriander and cooled with a light crème fraiche anyone?)…

Mr Izzard, in ‘blokey mode’, sporting a fine tailed-coat (and an suspicious pot for a man off the back of a 1100 mile marathon round England) took us on the usual nonsensical, tangent-filled journey through his dyslexic mind. 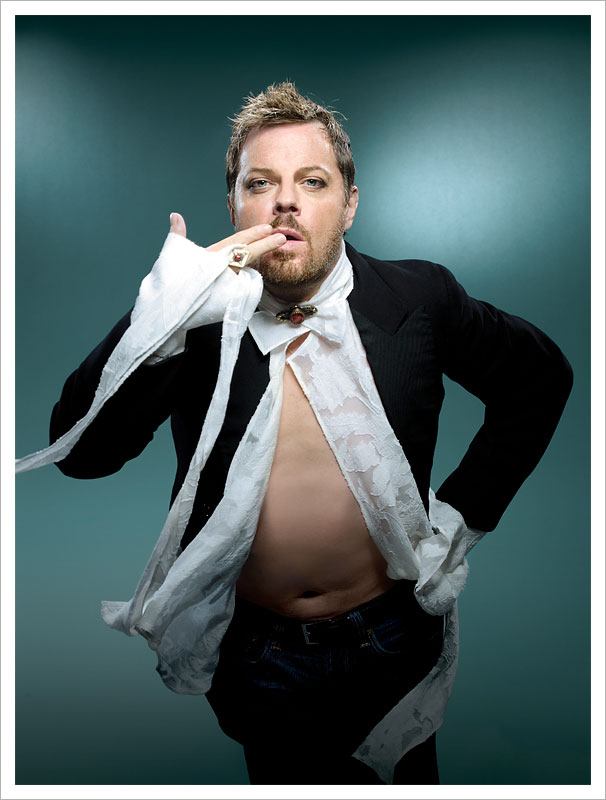 I’d actually been lucky enough to catch a secret ‘warm-up’ gig he’d done in Leeds at the end of April to a crowd of 300.  During this show he tried out a load of material that ended up in the ‘Stripped’ show, the history of civilisation – from the invention of the stone age to space travel – and laid down his conviction for the non-existence of God.  You can’t knock the man for aiming high.  He strolled out onstage and said ‘Tonight I’d like to talk about everything that’s ever happened’.  Points for effort eh?!

Check out a sneaky snippet from ‘Stripped’ here courtesy of YouTube:

His subject matter was entertaining as usual and highlights as usual were his roll-playing and show staffed with squirrels with post-traumatic war neurosis, speeding raptors in disguise, giraffes who could only communicate by coughing, Roman soldiers struggling with Latin and medieval paparazzi weavers trying to keep up with battle action.

However, I found the show somehow lacked something.  It might have been that he retrod a similar format to past shows.  It might have been that I’d already seen the man and most of the material up close & personal in a secret theatre and the 20,000 capacity arena may have robbed it of its intimacy.  Either way, and in spite of getting all Hollywood, it made me think the strangest thing about Eddie Izzard is how little he’s changed since early classics like Glorious and Dressed to Kill.  Rather than break out a new flavour, ‘Stripped’ was a bit like a Classic Izzard frappé – leaving a great, cool taste, but essentially just the same Nescafe we’ve tasted before in a new order. 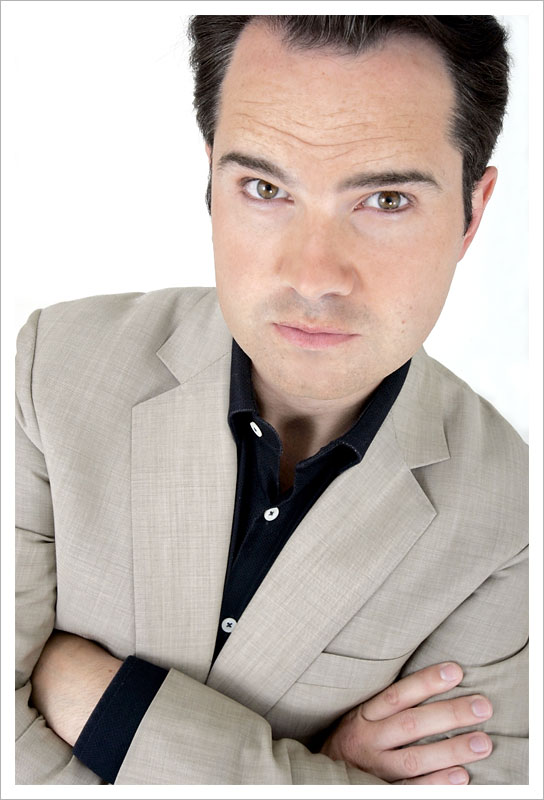 I tried to find a less sweary YouTube clip, but struggled, so have a go on this Royal Variety Performance.

Warning: you may be offended by this man!

He’s by far and away not everyone’s cup of tea, but I came away having having enjoyed Jimmy’s astute saying-the-unsayable observations (that continually pole-vault over the bounds of taste & decency) more than Eddie’s tried and tested ramblings. It’s arguable that the clever, witty & promising comic Jimmy was three or four years ago has descended with rising TV stardom into base, crowd-pleasing ‘sick’ humour; the new safe haven for former Jim Davidson racist homophobe jokers, but Jimmy somehow delivers it as a ‘Charm Offensive‘ (the name of one of his past tours).  It’s scripted to hell, and he must have a ridiculous memory, but he’s just so very quick & clever.

Interestingly, I just Wiki’d JC here & it says: “Jimmy Carr revealed that he had been a Christian until his mid-twenties, and remained a virgin until the age of 26 due to his faith. Carr became aware of the writings of Richard Dawkins and renounced his religion, becoming an atheist. He stated that he felt religion limited people’s desires to live their own lives” Man, i wouldn’t have pegged the man as a former Christian!

While Eddie took a 4 or 5 year break between tours to nosey round Hollywood, joke-technician Jimmy has been touring continuously, all year round, taking only a few weeks off between.  When we saw him at the Grand, it turned out that he was playing two shows that night, 7 & 10pm.  That’s working hard.  But all credit to both for being ace, in their own special ways.