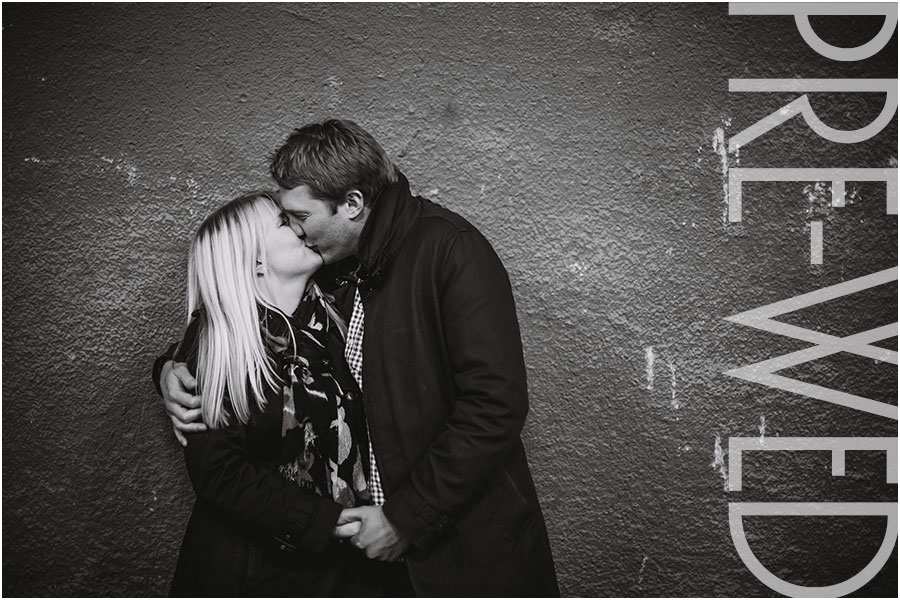 Last weekend I joined Rebecca & Chris for their pre-wedding catch up in Leeds City Centre ahead of their upcoming wedding at The Star Inn at Harome, north of York. 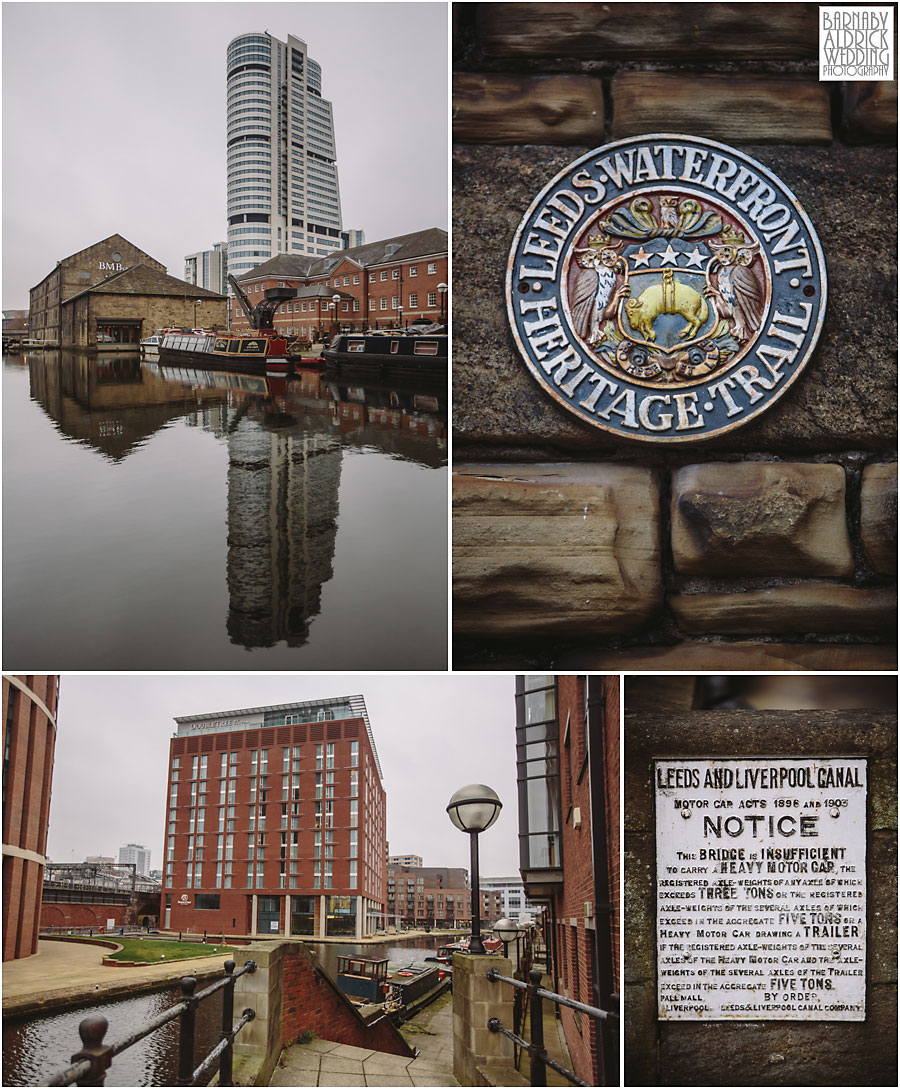 We decided to meet in the old Granary Wharf riverside of Leeds, near the station.

So after a coffee and a good catch up on the big day plans and logistics at the Hilton Doubletree, Rebecca, Chris & I headed out for a round of practice photos… 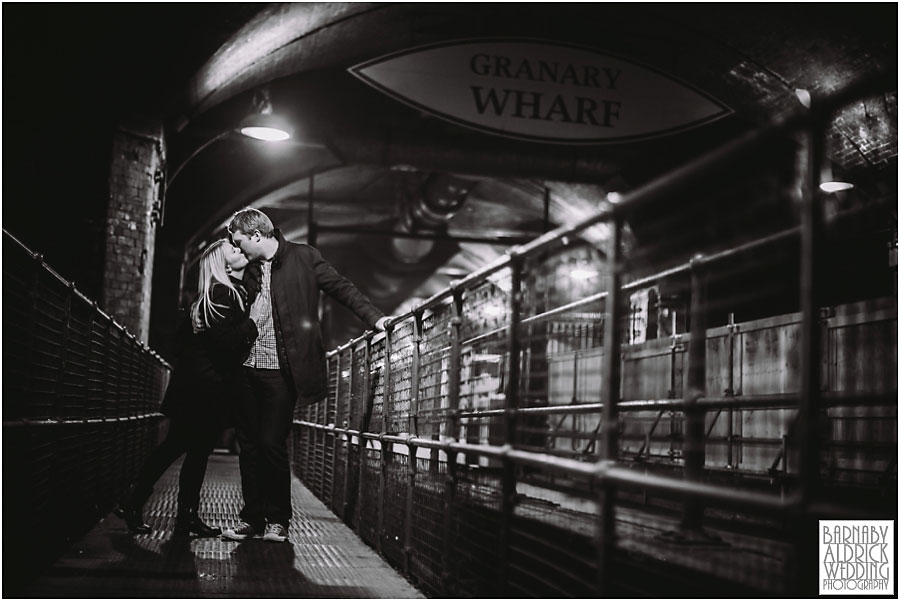 Although still under development, the ancient arches and old brick textures of the railway arches are a brilliant background for a few portraits 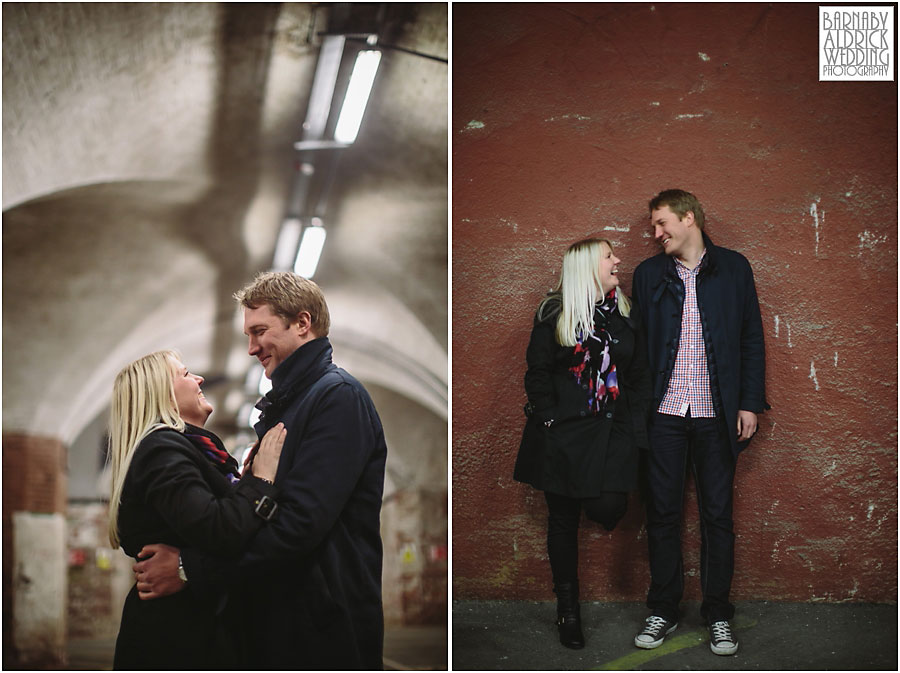 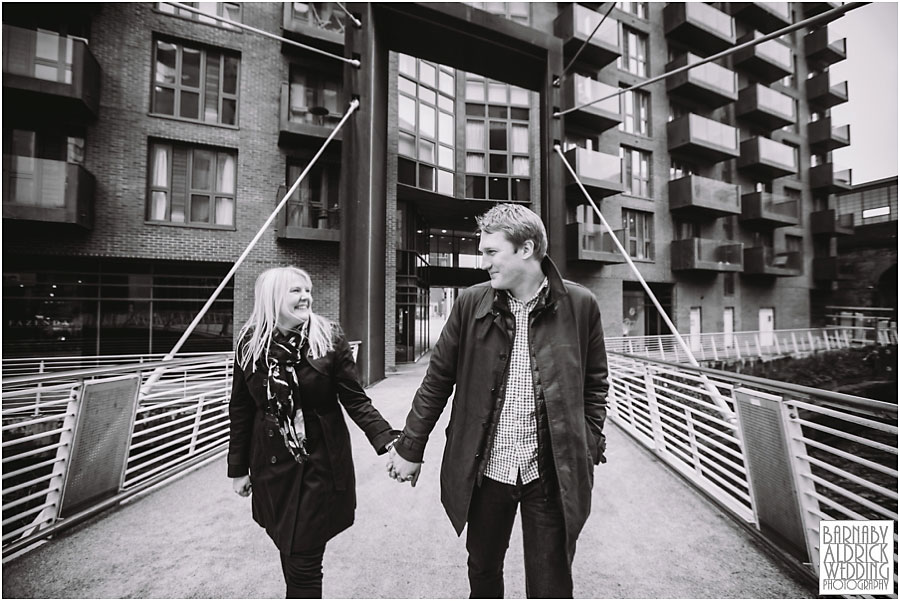 I always do these shoots to put  upcoming couples at ease about the idea of being photographed, and to show them there’s nothing to worry about 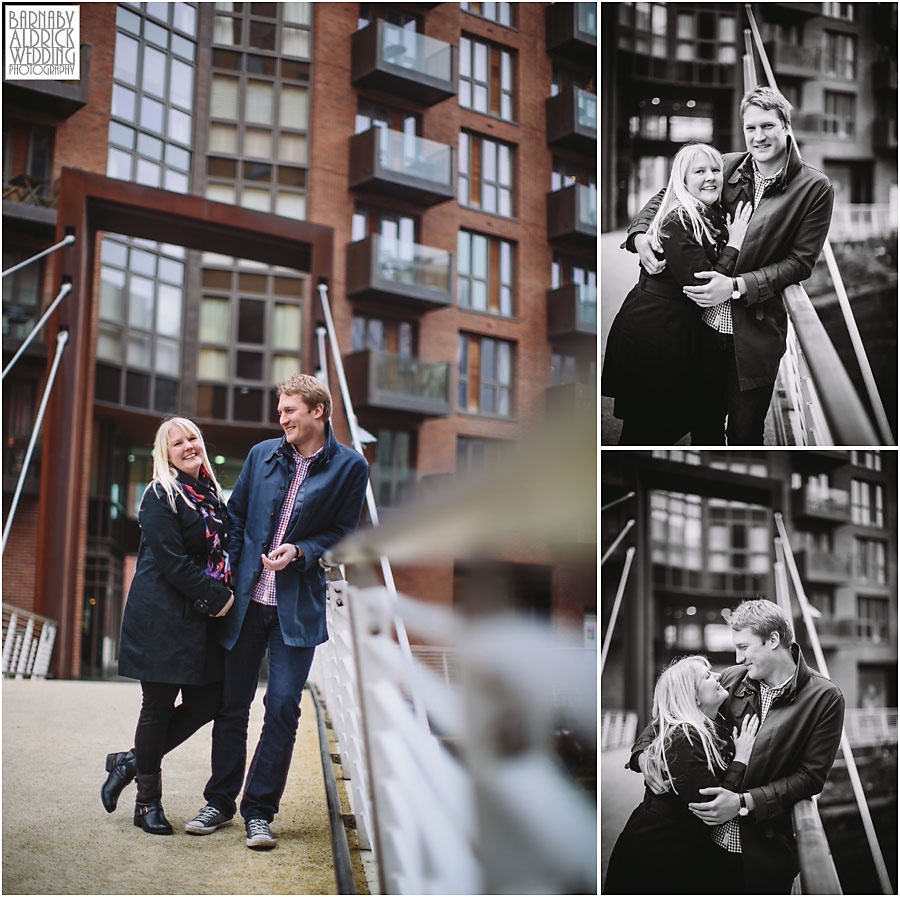 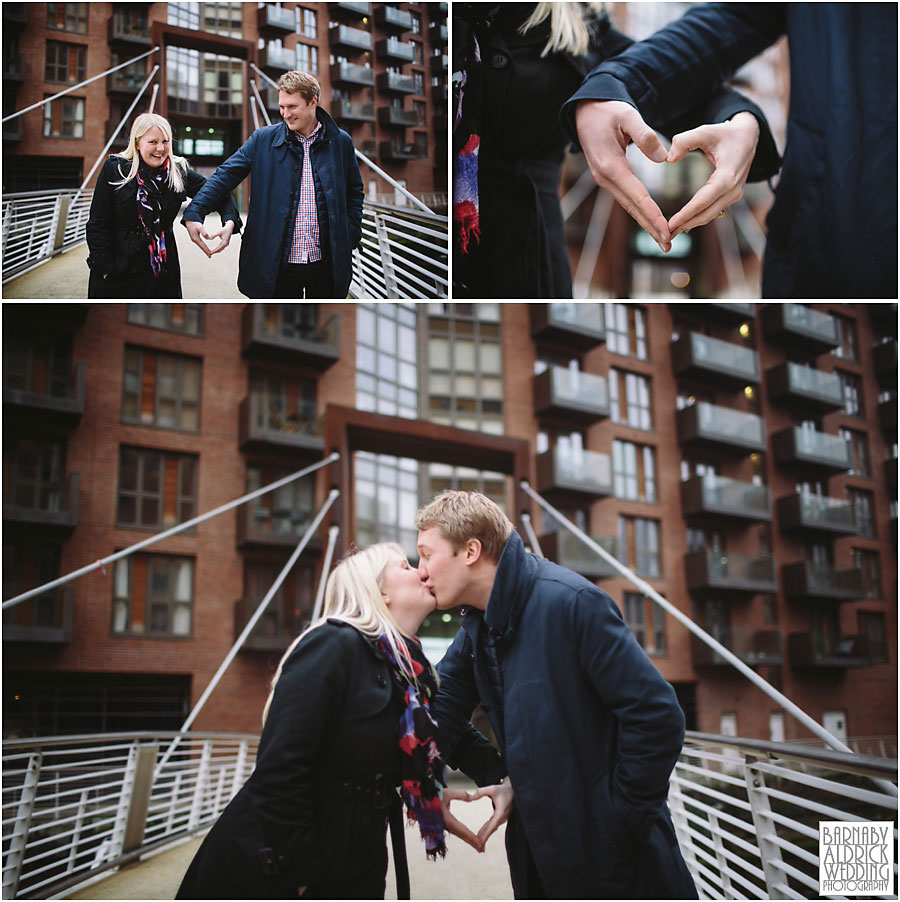 These guys have some pals who had a round of super cheesy pre-wedding portraits done in Asia, with the bride to be up in a tree, and the groom to be down on one knee, and it amused these guys greatly!  They were tempted to ironically emulate a few of the setups, such a ball room dancing on the bridge, but we thought it’d be fun to copy only the hand heart shot!  Which actually looks kinda cute! 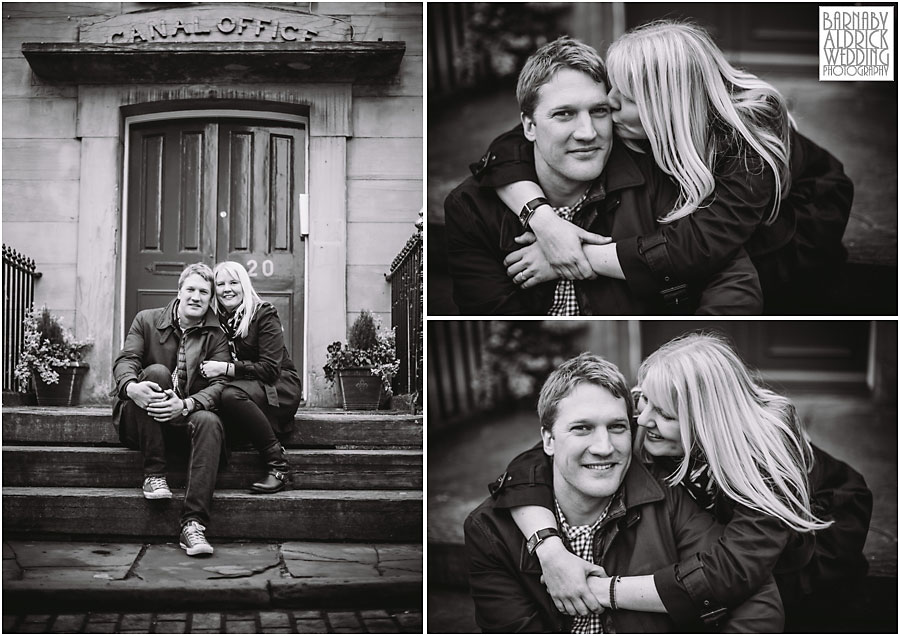 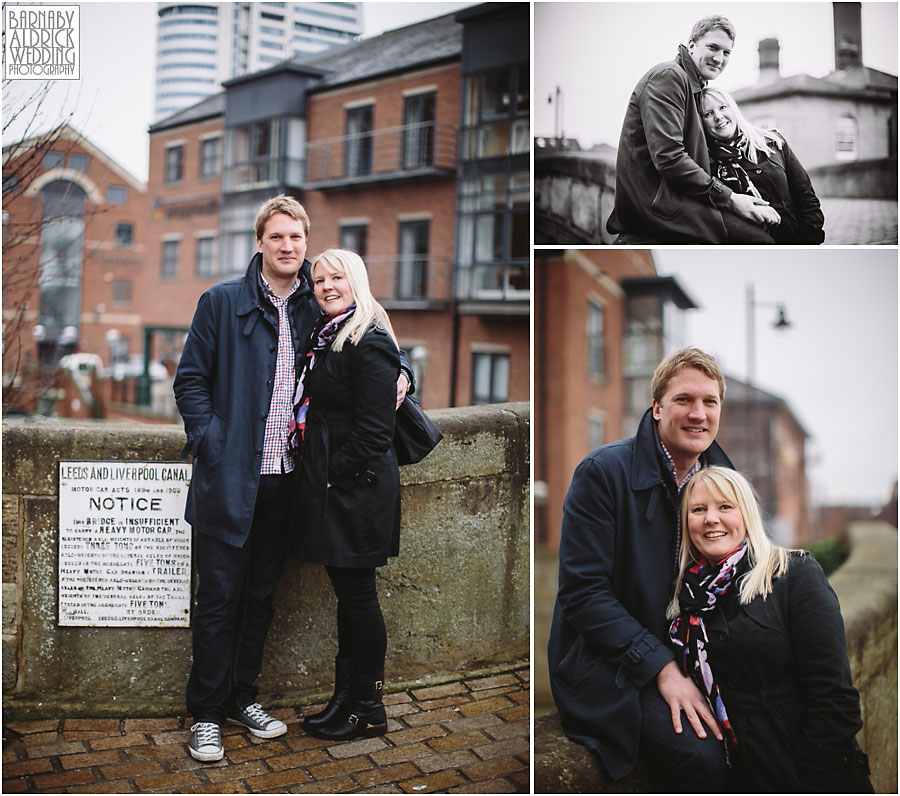 It was great to finally meet these guys properly and see them together. They’re a really relaxed couple and lots of fun and their low-key wedding at arguably Yorkshire’s best michelin starred gastro pubs is sounding like it’s going to be brilliant. 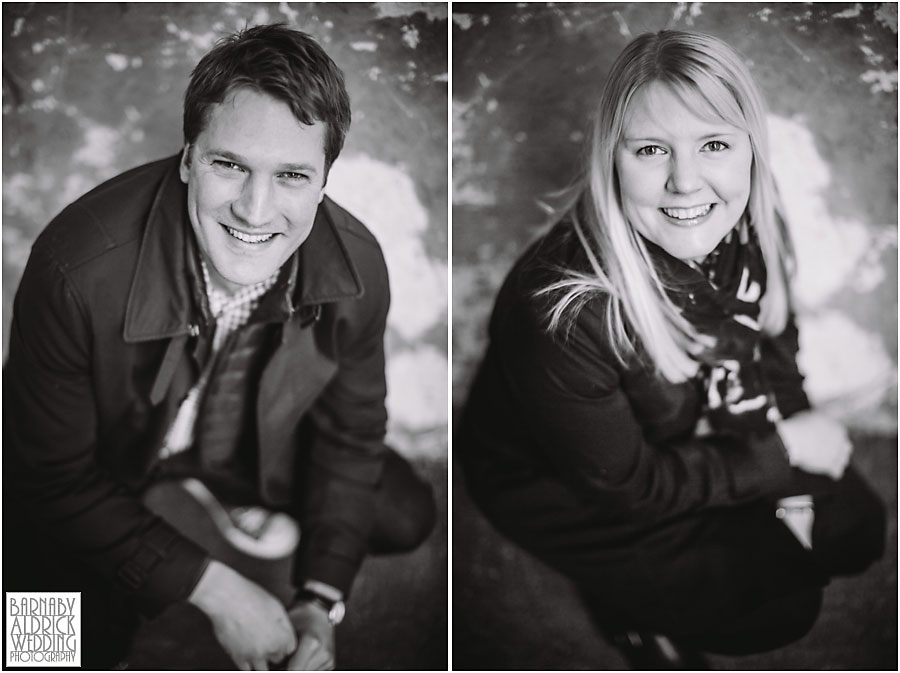 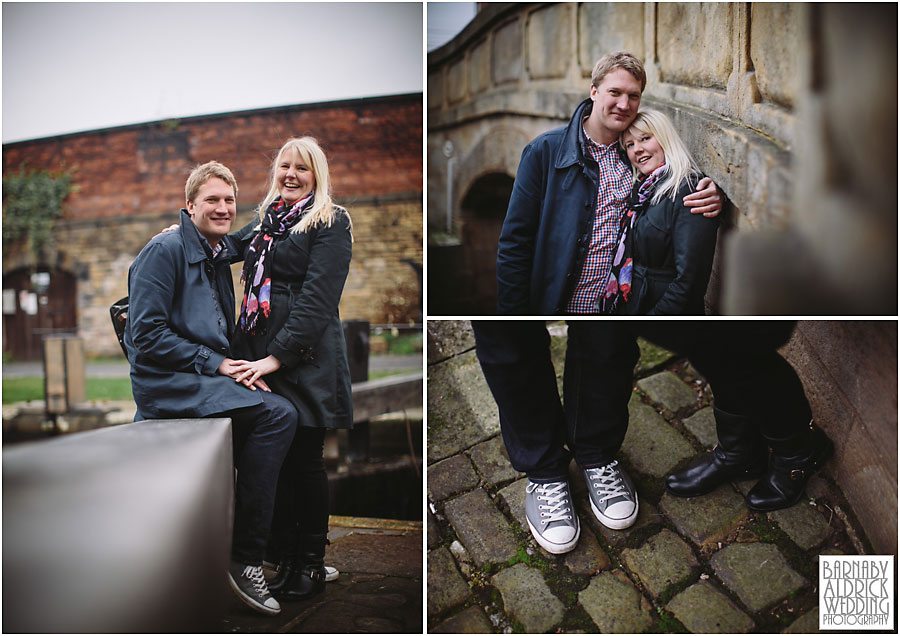 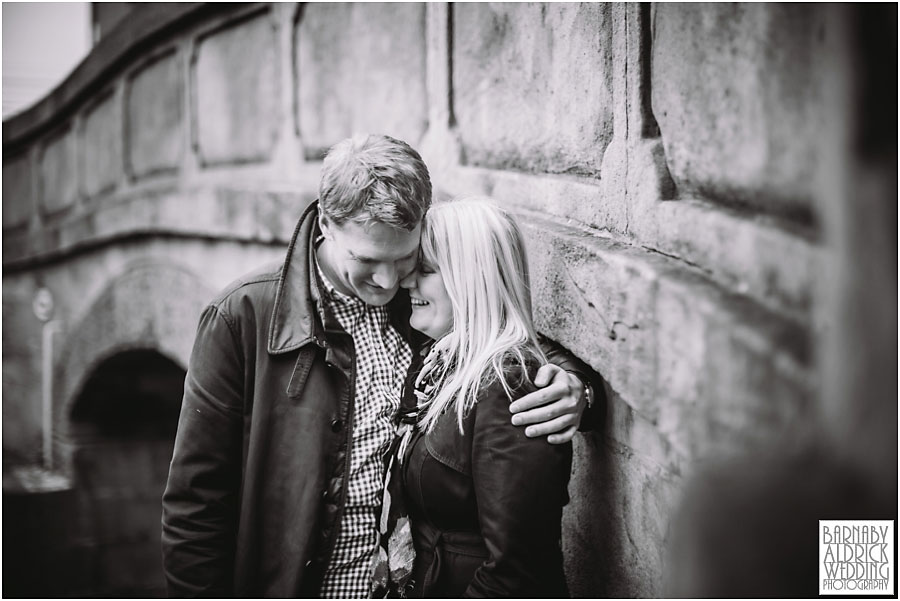 Aww!  They passed the practice shoot with flying colours and I’m really looking forward to joining Rebecca & Chris as my first wedding of 2014 in early Feb!