Happy Halloween everyone from myself and … BATDOG! 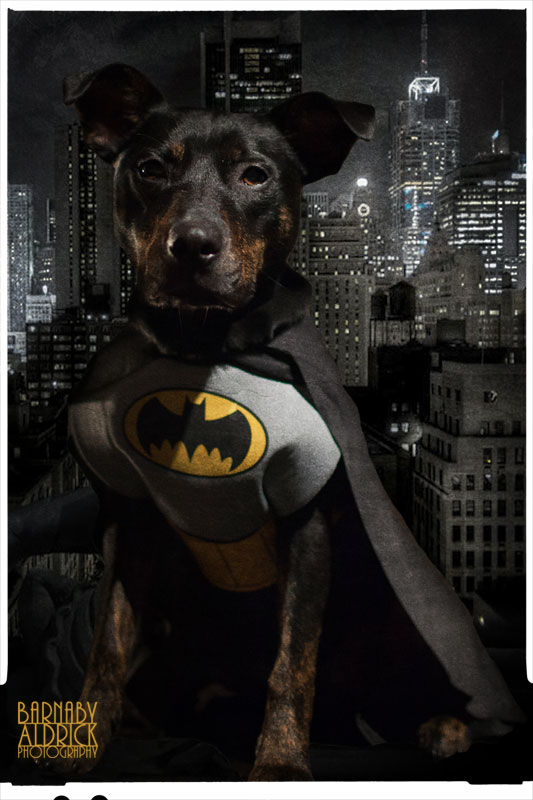 Inspired by the Dark Knight Saga, Kyra – an ordinary billionaire philanthropist dog by day – decided to put an end to crime and villainy by suiting up and hitting the mean streets of, er, Bramley in Leeds.

It’s pretty ‘up and coming’ in places and being a Staffy, she couldn’t be more suited for the job. 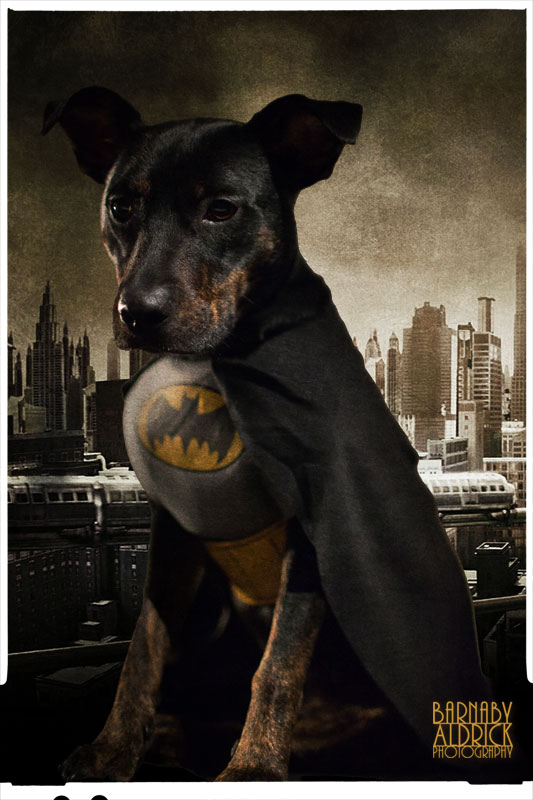 Batdog watches over the good people of Leeds seeking out injustice, protecting the innocent and generally looking awesome in a cape. 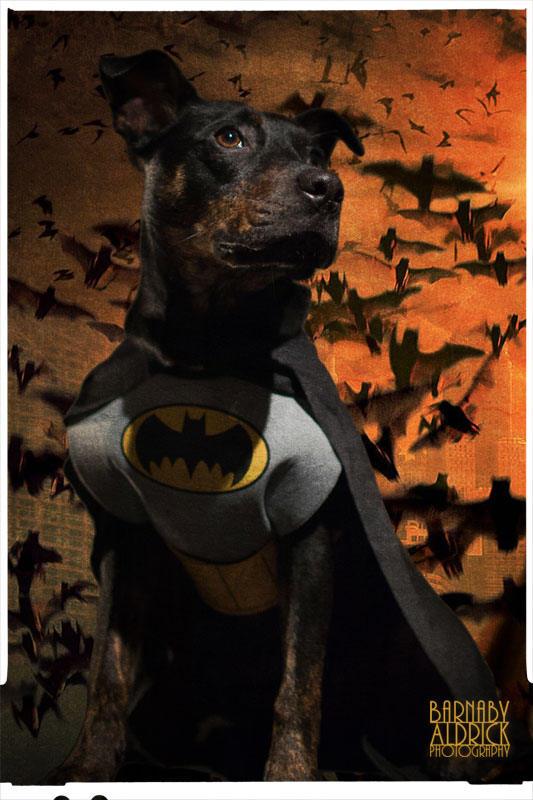 In her training (read: watching Batman Begins) she learned “You must become more than just a man in the mind of your opponent”

Which is lucky, cos she’s a dog.

By the way – this little BatDog photoshoot was also inspired by the ‘BatDog’ character in the brilliant Texts From My Dog Tumblr blog.  They’re a hilarious iPhone message dialogue between a bored bulldog (who thinks he’s BatDog) and his bemused owner.

In case you’ve been in a (bat)cave and have never seen any, check out my fave BatDog related ones: 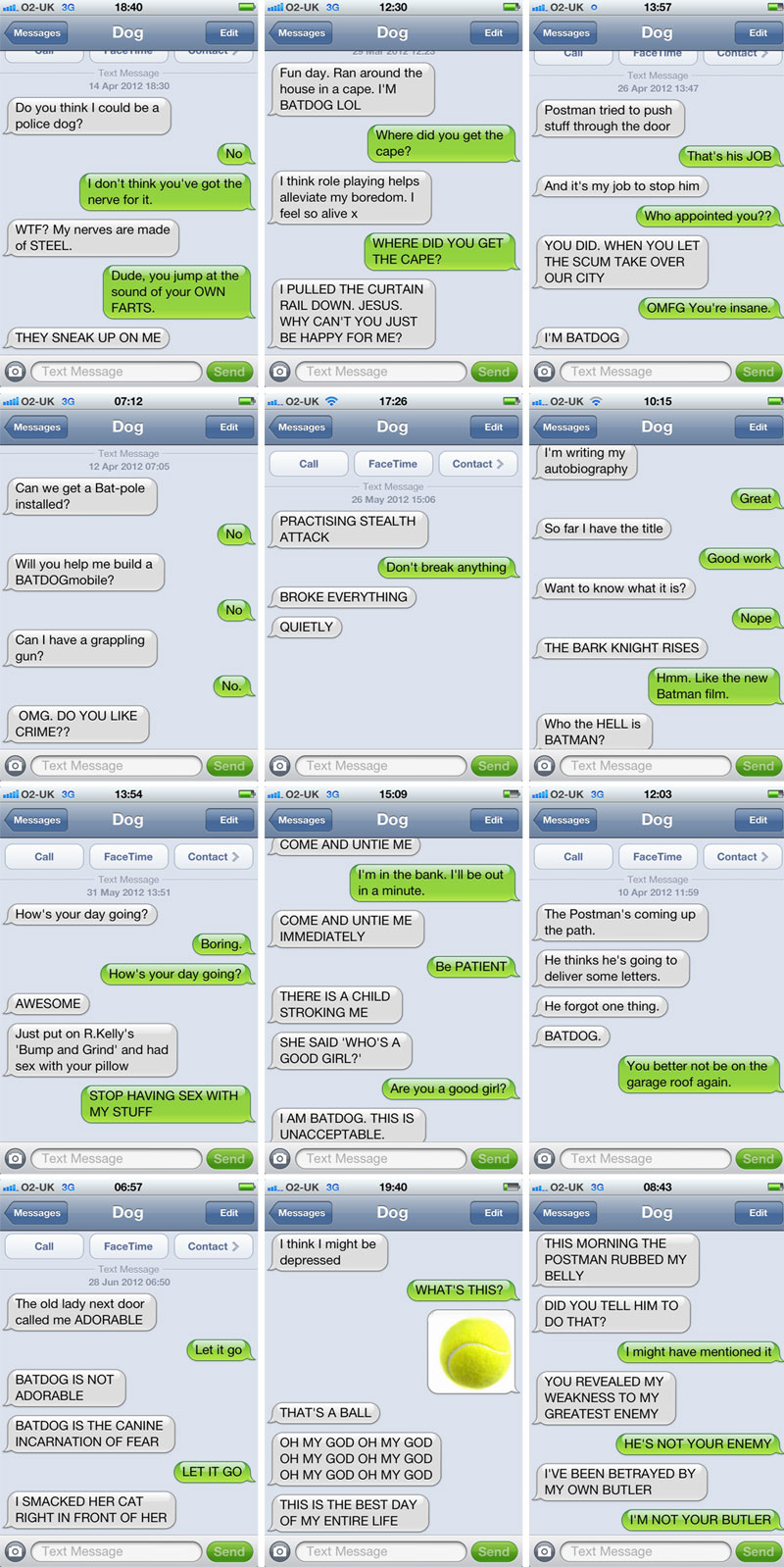 Be sure to check the Texts From My Dog blog for more.

Happy Halloween y’all from myself & the Bark Knight!