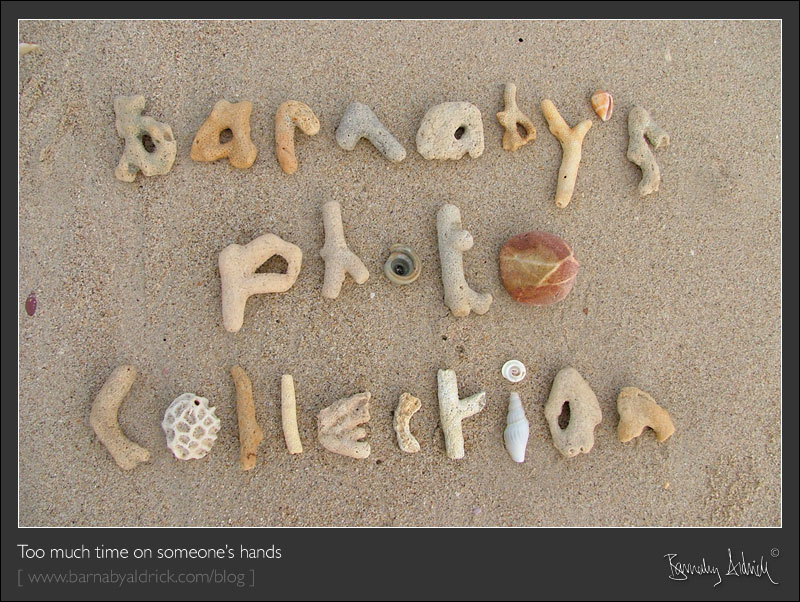 I’m a traveller.  Always have been.  There’s nothing I love more than taking in and soaking up interesting cultures, cuisines and places.

Throughout my childhood my parents thought it wise to annually pack 3 naughty brothers into a saloon Volvo, and tow a caravan and leaky awning to the distant vineyards of Europe. It was all about burnt meat and pomme frites, diving in cold lakes & riding our bikes round woods. But for me, the first stirrings of solo travel were when I was about 10 and went away on organised canal holiday camps.  I did 8 years on the barges, made some great pals and saw cool places.  Armed with a box brownie camera, that I never fully figured out how to use, I creatively snapped away at everything and anything; curled rope, friends I’d grown to love, mushrooms arranged to spell rude words, and a right sequence of action shots catching pals riding brooms in the air like witches.  Getting back from a cruise, it was all about pen-friends, getting back the rolls and dreaming up the wittiest captions.  Some years I went with friends from my neighbourhood, some I went alone, but every year was a gift.

When I was 16 I went on a 2-week relief mission jobby to Romania, to take computers to some needy Transylvanian schools.  ‘Fuzzy logic’ Rollie compact in hand, and shooting everything in sight I learnt that camera’s features inside out.  There were some SLR wielding togs on that trip and I was watching closely (making a particular note to self when Charles noticed he’d shot the WHOLE trip without film in).  I was getting creative night shots of cars trails over bridges, shooting sunsets through sunglasses, dew drop macro action and getting ace depth of field effects out of a basic compact. It was great.

It’s funny – I’ve taken various things from my mum & dad.  My Mum was taking years out before it was even really an option. She shipped off for Canada at 18 and settled and I think I’ve taken her sense of ‘I wonder what’s round that next corner’.  She’s been off on fund-raising trips to Bangladesh and more recently The Gambia, and is always dreaming up the next destination to explore.  Some people like the safety of going back to the same place year on year.  Mum & I’ve never had that. My dad’s always had the artistic competance.  His Pentax 50mm 1.8 was always in the boot of the car, though he was and remains possibly the SLOWEST photographer in the world.  We’d be sat on Hadrian’s wall in the driving rain and Dad would walk about 100m away, and fiddle.  Murray would be crying.  Duncan wandering off, and still, Dad’d have no sense of urgency.  More often than not he’d be too far away to hear if he ever did say ‘smile’ or not, so we all remember hanging around for ages while he composed & set exposure.  Thing is, he is a great photographer, but one thing I learnt was that to catch great portraits & groups it’s gotta be fast and spontaneous, and from a distance to hear the whoop.  Looking through our troves of childhood albums I see lovely moments of us on merry-go-rounds, in close shot at 1.8, with our expressions sharp as a tack isolated in front of beautifully soft backgrounds.  This is cos near all dad’s in those days had a heavy metal ‘full-frame’ 35mm SLR packing a nifty fifty prime.  Nowadays, everyone’s got a hugely portable, automated compact with a microscopic sensor.  Advantage: it’s always in your pocket.  Disadvantage: they’re so ‘green square’ automated & point-and-squirt that it’s hard to take anything that doesn’t look like an f11 snapshot.

Anyhoos – this isn’t a tirade against camera choice! I’m talking travel… [That last paragraph was about my seeing the results of good SLR gear, but learning that you need to know it inside out so setting it is a quick knee-jerk response.]

So – come legal drinking age (18), and armed with a decent set of A-levels, I take a year out, save for 6 months at Leeds City Council’s rubbish hotline (literally, people moaning about binmen), and alone I fly on a 6-month return flight to Bangladesh.  On the outskirts of Dhaka, I volunteer for 3 months at a spinal injuries clinic, helping admin & playing connect 4 with the paralysed, and basically paying a quid a day for food and shelter, in a completely new culture.  There were an ace bunch of physio’s & volunteers there, and we rickshaw’d into town to eat with our hands, have a boat wallah take us out at dusk and haggle with the throng in the strongly-scented markets.  At weekends we’d leave the squalor and poverty and party with the Dhaka ex-pats in their guarded white mansions.  It was a mental eye-opener to the world, and my camera was my best company and my ultimate means to take everything in.  I learnt that there are times you need to take photos and times you need to look.

After 3 months in Bangladesh, including ace trips all to the hill trips, tea plantations and mangrove forests of the country, a bunch of volunteers set off, overland by any means available in the direction of Nepal.  We stayed in brothels in towns no tourist book’d suggest to anyone, got through borders with bribes, popped into Dhargeeling for a spot of tea, and bussed up to Pokora to stomp the goliath Himalayan Annapurna range, dipping in natural hot springs on route.  We all split in Khatmandu, most of us with a nasty water bourn illness called Giadia, and went our own respective routes.  I got chased by Rhino’s around the Chitwan national park, took a boat down the Ganges past the burning ghats of Varanassi, and a 15 hour train to see the former Raj decadence and sprawling poverty of crumbling Calcutta.  From there I bounced to Bangkok and spent a month exploring the north and south of Thailand with my brother, Duncan, still using the camera like a third eye.

Again, I’m digressing as I dust off ancient memories.  That trip was special to me, and I came back feeling you could drop me anywhere in the world and I’d be ok.  Even more so if I had my camera.

I’ve dug out a wee stash of snaps from Asia ’99.  Excuse the quality, as they’re from long, long time ago, in a scanner far far away from today’s standards.

I’m sure the next chapter of this tale merits a new blog post, but I think it works better consecutively.  But I’ll try to keep this brief

After acquiring an enjoyable if non-vocational 2:1 BSc in Psychology from The University Nottingham, I decided to explore some more.  Another bout saving up, this time waiting tables in a posh restaurant (read: ‘floor whore’), I booked a round the world flight and bounced around most of South–East Asia, learnt to dive in the Thail Gulf, and swam with sharks on the Andaman side, visited Cambodian Kymer strongholds & the breath-taking Temples of Angkor, rode the Mekong into roadless deepest Laos, ate the best ever Satay skewers in Kuala Lumpur, took in a Singapore Sling at Raffles’, explored both of New Zealand’s islands on land, car, bus, snowboard and falling from the sky. I drank Fijian grog with locals on Nananu-I-Ra, took in the entire west coast of the states with my girl in a red sportscar and on highway 1.  We had a nice flush in Vegas, took in the gorgeous Yosemite and the ace towns in-between (Big up Carmel-on-Sea & Monteray!), found an insanely good burger place in SanFran, before bouncing off in the direction of Canada to see cousins and family friends in Oregon & Vancouver, tagging a bit of whistler & Banff on the end, as well as a visit to a pal’s logging camp in the middle of Vancouver Island.  If you’re passing, drop in & we’ll shoot some guns & drink some beers.  We did just that; while a bear raided the camp.

Have a look at a few snaps from that trip, shot on an excellent ‘prosumer’ Fuji Finepix S5000.  That little camera took a beating and in true Fuji form, somehow made everything look nicer and more saturated than it already was.

Travel truly broadens mental and physical horizons.  I rarely tell tales and anecdotes about my travels, but I’m quietly pleased that I’ve been to these amazing places and enjoyed these amazing experiences. In 2007 I spent another stint  wandering around the many-splendoured countries of South America and will eventually get a few of them up here.  I have now proudly visited over 50 countries and although I’d love to visit Africa, the middle of the USA, Central America & Cuba and Russia, I somehow feel I’ve travelled myself sated… for now.  The feet aren’t itching and the adventure sandals mock me for taking them to Greece and Sicily, but I’m enjoying the way my photography has brought me to where I am in business, and able to apply all I’ve learnt in my lifelong misadventures to catch portraits, moments and details.

I watched a film called Baraka the other day, a dazzling non-narrative film that celebrates the world and it’s natural and man-made diversity (BUY IT – IT RULES). It’s truly beautifully shot and I realised I’d been to a good 50% of the locations, and just remembering how cool they were fills me with content.

I’ll leave you with a quote that was special to me on all my travels, scribed on the front of my journals, by Michael Crichton from on his book ‘Travels’:

“Often I feel I go to some distant region of the world to be reminded of who I really am… Stripped of your ordinary surroundings, your friends, your daily routines, your refrigerator full of your food, your closet full of your clothes, you are forced into direct experience. Such direct experience inevitably makes you aware of who it is that is having the experience. That’s not always comfortable, but it is always invigorating.”

nb: it’d be great to hear some comments.  I’ve a whole stash of journal ‘blogs’ I wrote on the Asia 99 trip & 03 global adventure if anyone’d like a read…