Myself + Clare, the less attractive thirds of 3B•Media (Phil Barber and Rob Booker) & their respective better halves have decided to throw a Come Dine With Me extravaganza in the next month or so. For those of thee who don’t find themselves stopping their channel hop when they pass Come Dine With Me, it’s basically a low budget reality show where a bunch of weirdos cook at each others houses and mark it out of ten, while the voice over dude takes the mick.

We’ve decided to do something similar, for the craic & I’ll let you know how it goes when we do it.

But in anticipation for it, Clare & I asked our pals Mel & Phil (who own Verve & Reform Bar in Leeds centre) round for a ‘Thai Barn-quet’ the other day and had a reet old feast.  Proper shrimp crackers, Laos-style spring rolls & a home made lemongrass Tom Yum soup to start; and Massuman Beef, Green Thai Veggies, a Ginger & Spring onion stir-fry for mains, washed down with a few bottles of frosty Gewürztraminer.

I’ve traveled South East Asia a couple of times now and love the cuisine. Similar to Chinese food, but somehow more classy, clever & subtle.  I love to cook Chinese & Thai from scratch (though these days generally cook Thai Curries with authentic pastes from Oriental Supermarkets), but have never rolled my own spring rolls.  The mistake Come Dine With Me contestants make TIME & TIME AGAIN, is that they try a new recipe on the day of the comp.  “I’ve never made them before, but I’m gonna do Moules Mariniere, a Beef Wellington & a souffle, cos they sound dead nice”

So I dug out a recipe for spring rolls (here) that sounded like some lovely ones I’d eaten in Laos – served cold & containing porky noodles, fresh mint & coriander – and thought I’d give em bash… 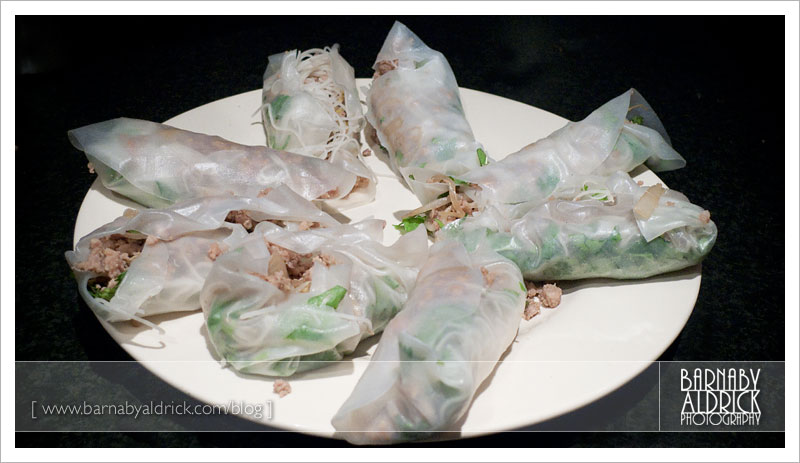 It would be diplomatic to say that the first batch tasted better than they looked.

Disheartened, I almost gave up on the idea of rolling my own…

… but there’s a lot to be said for sleeping on something. 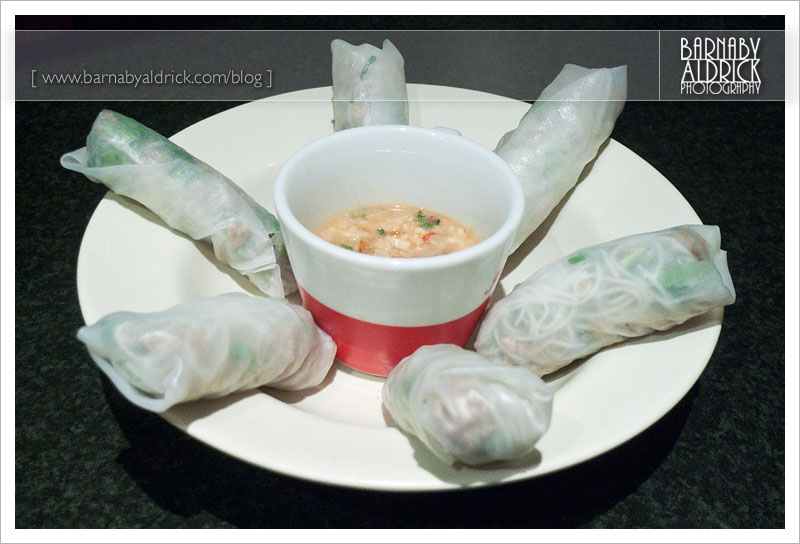 But the cold soft rolls did have a texture a bit close to a condom to be served as respectable finger food.

So I gave strike 3 a bash in the oven.

Not too bad actually, but ever so slightly ‘cardy’ 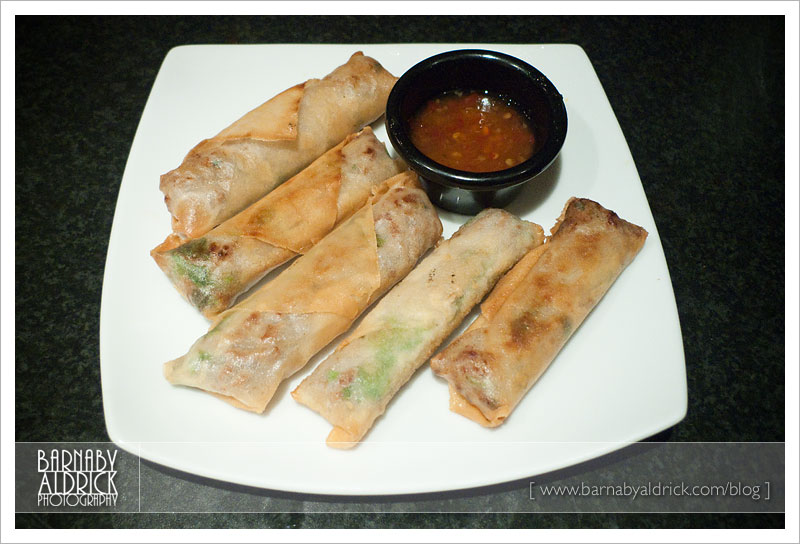 Mark IV (A New Hope?) took a dip in the deep fryer.

Why does everything tastes so much better when it’s deep fried? It’s no fair.

So in the spirit of healthiness, at the dinner party we I served em a la durex alongside deep-fried crisps & enough grub to feed a village.

Yesterday I spotted this billboard from Lurpak (a UK Butter brand): 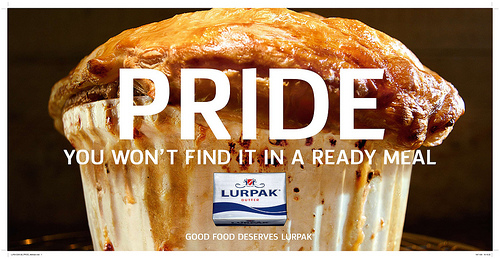 True dat. You live and you learn.  If at first you don’t succeed and all that.

This is all a bit like those cartoons where you watch a cool show and captain planet or whoever lays on some heavy handed moral lesson at the end.

So on the flipside, Ready Meals could retort,

“Home baking! It’s scary how much lard goes in! Nuke it in the microwave: Ignorance is bliss”