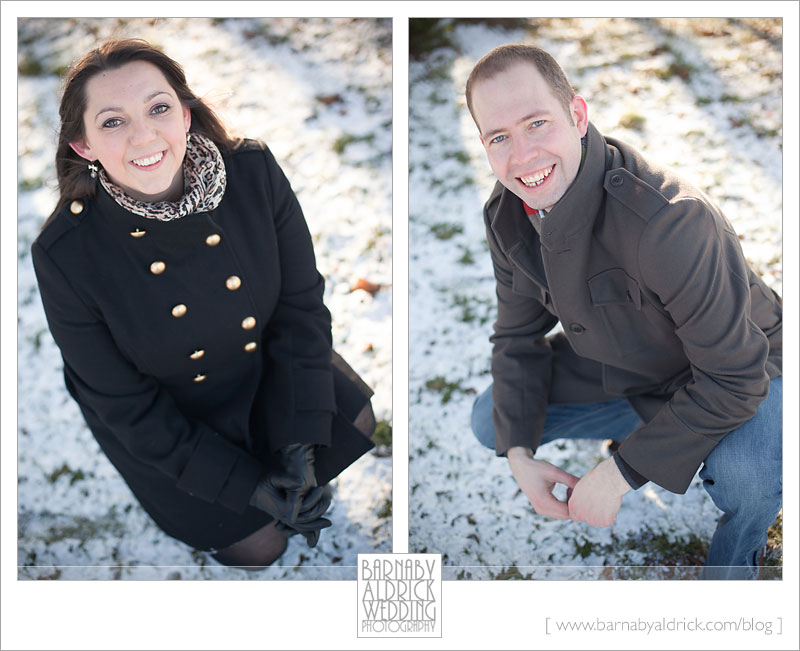 I joined these two (literally) cool kids for their pre-wedding shoot at Bolton Abbey the other day. 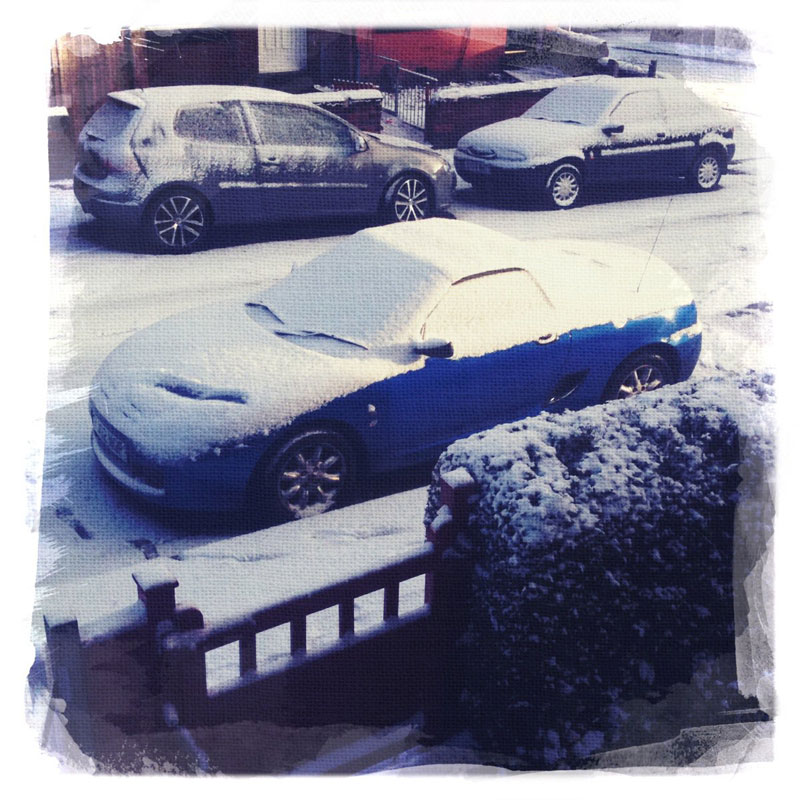 I was more than a little surprised when I opened the curtain, to find the street had changed colour! 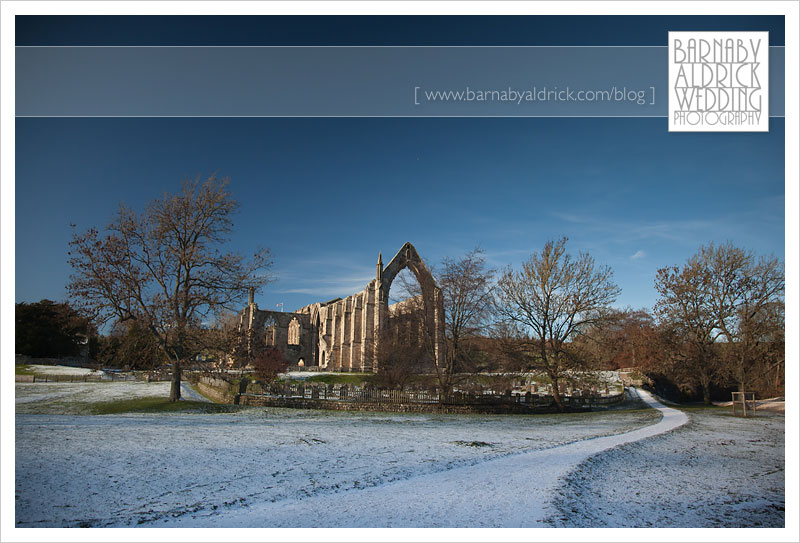 Kate & Matt are getting married at the lovely Hospitium in York in a couple of weeks.  If I’m not familiar with a couples reception venue I generally shoot the practice pre-weds there, to sniff out the tasty photo spots.  But I’ve shot at the Hospitium a few times, so I asked if there was anywhere special they’d like to meet.  They love Bolton Abbey, up in the Dales, so we met there on a beautifully crisp morning.

It’s lovely up that way.  I’ve done loads of wedding photography round that way, at the Devonshire Arms, the Devonshire Fell & The Red Lion at Burnsall.  It’s a wonderful part of the world, filled with beautiful walks and gastropubs…. 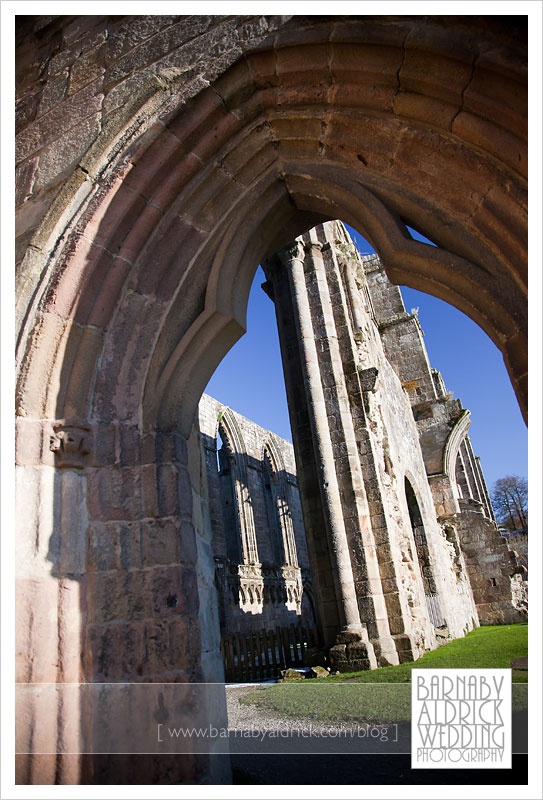 The ancient Abbey was sparkling in the sunlight 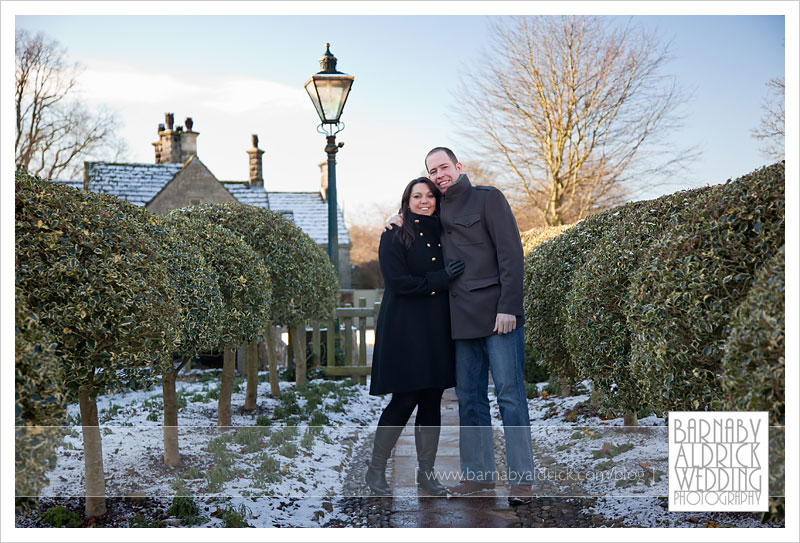 After a brew by a blazing log fire in the Bolton Abbey Tea Rooms, we wrapped up tight and hit the snow! 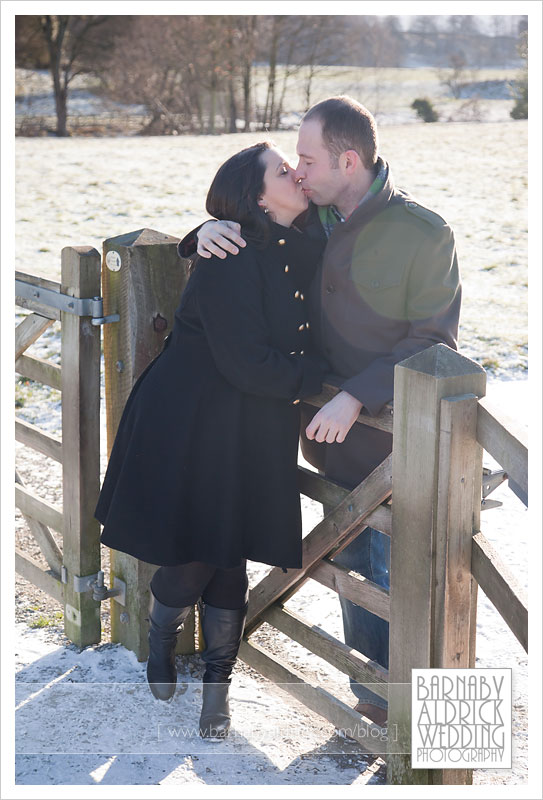 Their combination of nerves and excitement helped them performed admirably! 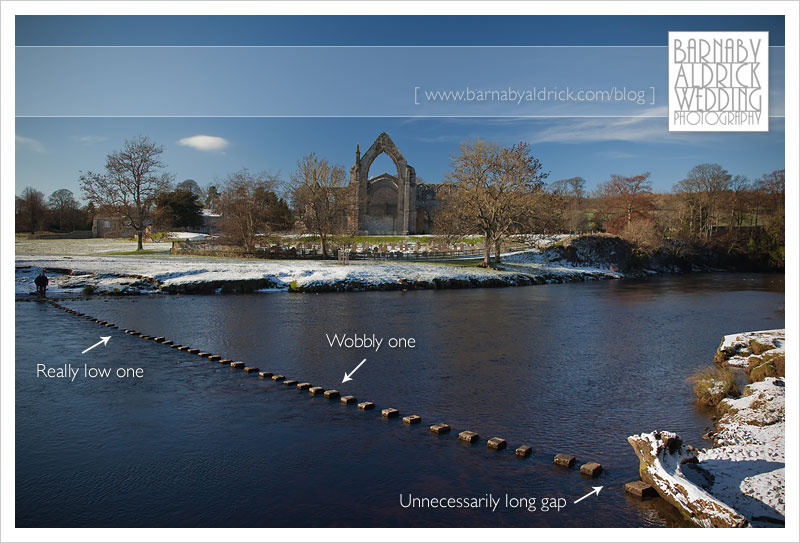 Spanning the river Wharf are the infamous Bolton Abbey stepping stones OF DOOM!

There’s the really low one, with water running over it, a surprise wobbly one & once you near the other site, a big dirty jump over to the last one! 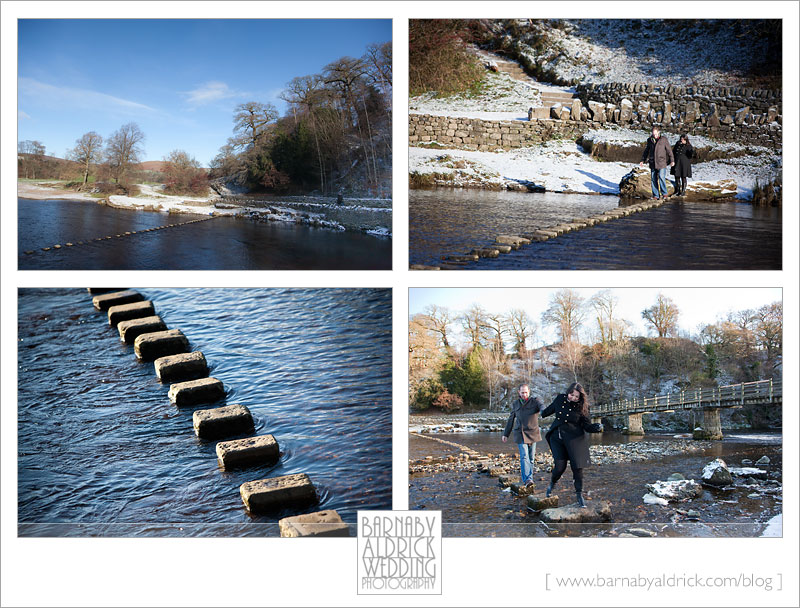 We decided to give it a go!

They say the camera never lies…

We’ll officially it doesn’t, but the lack of pics of them in the middle are cos Kate & Matt didn’t actually cross!  Kate’s blames short legs.

I’m kinda glad they didn’t go across, cos I’d’ve no doubt followed ’em.  And if we’d fallen in, it’d definitely put a dampener on things. 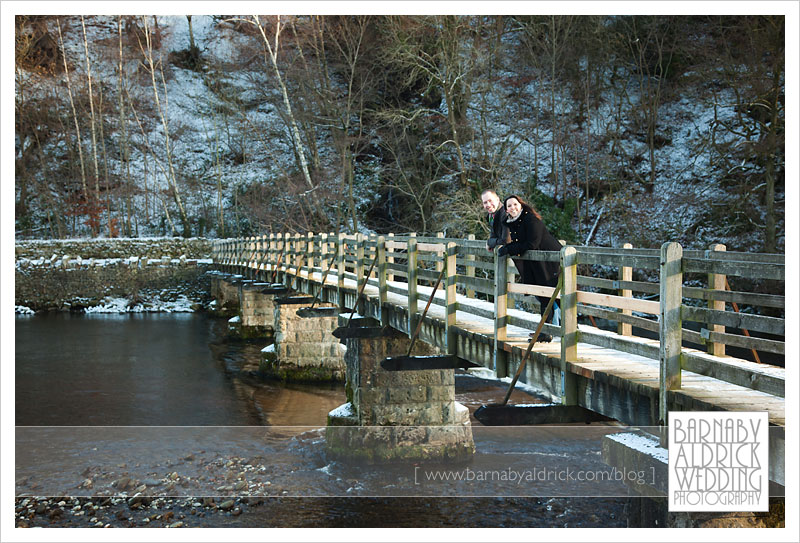 Fortunately there’s a bridge right next to em 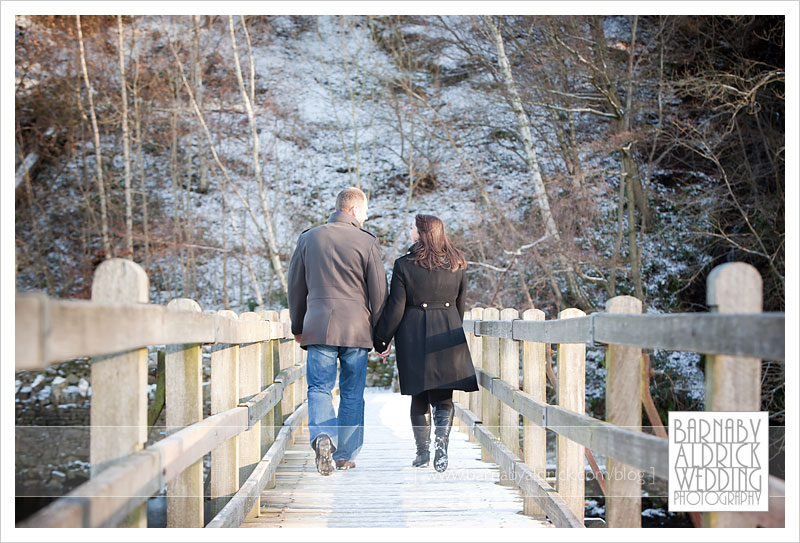 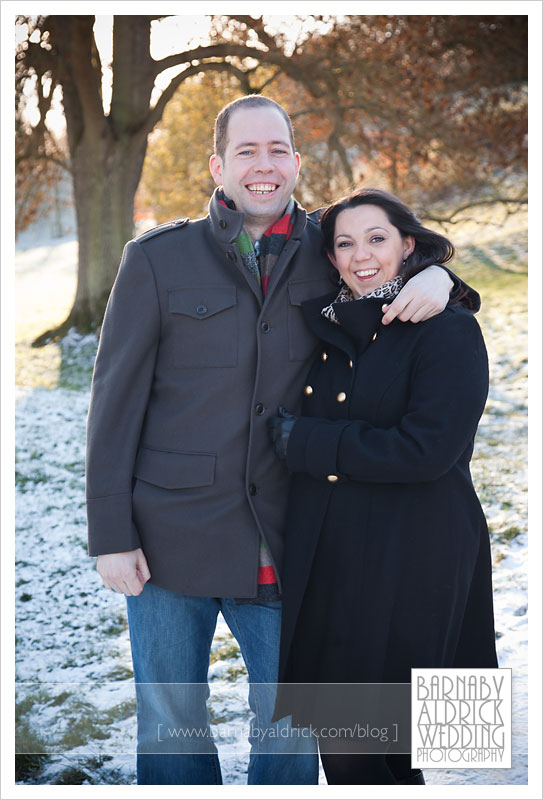 I love shooting in the snow actually.  You have to watch your metering, and ‘over stop’ a touch, but the ground acts like a natural reflector 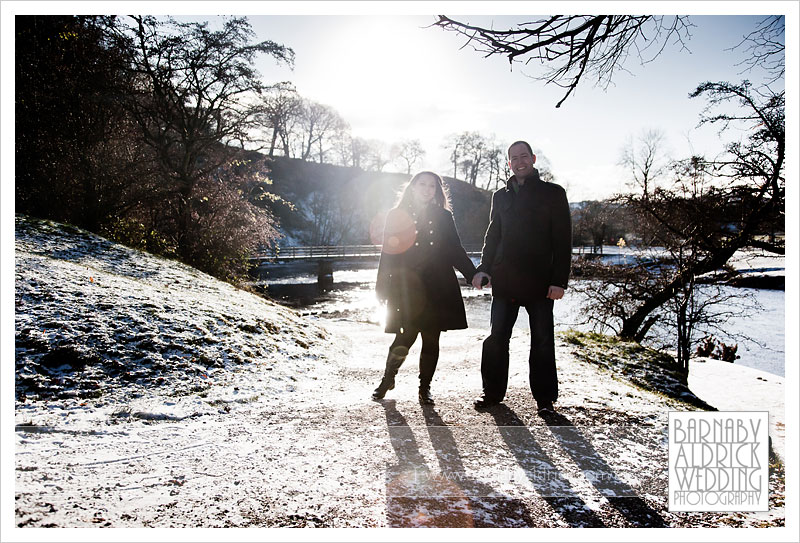 A rather like these one’s into the low winter sun. 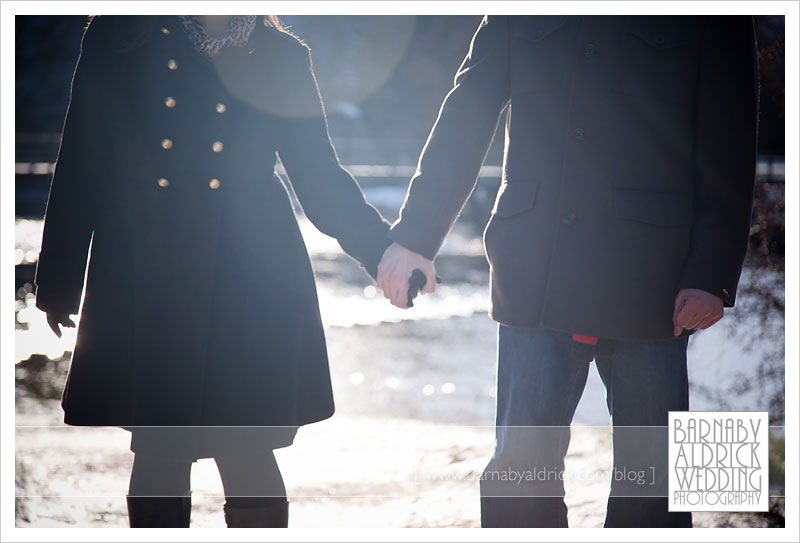 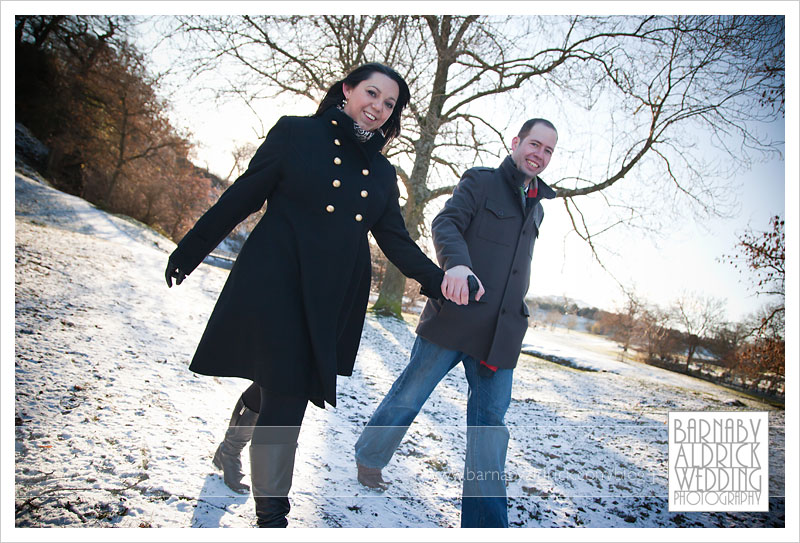 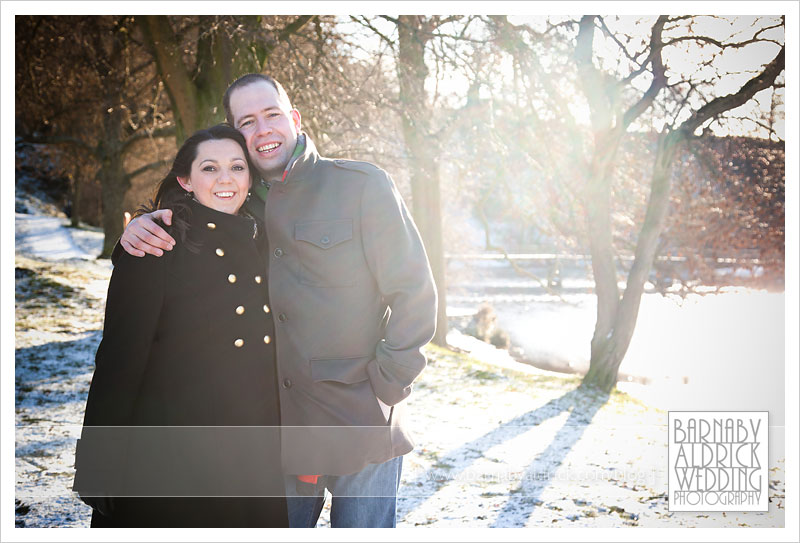 I often try to get a good landscape double-page spread image for the closing page of the album, with ‘Mr & Mrs x’ written up the side.

In the finished album it looks like the day after the wedding and gives it lovely closure. 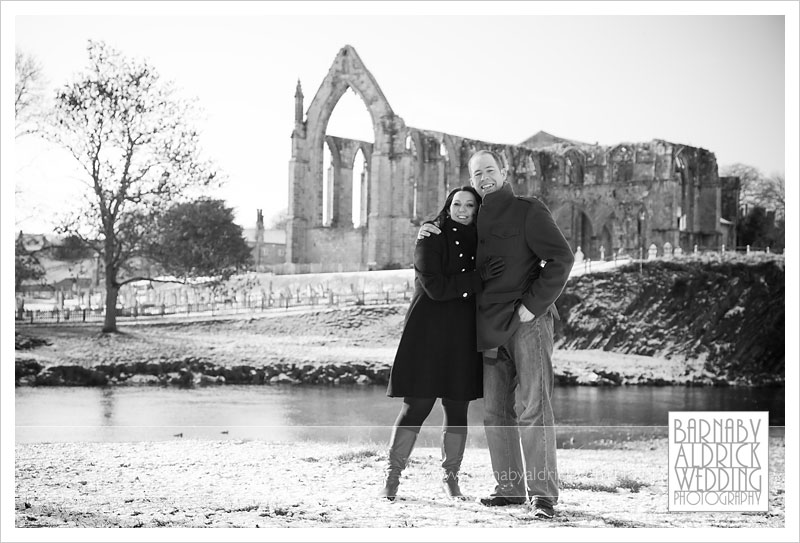 One with the Abbey 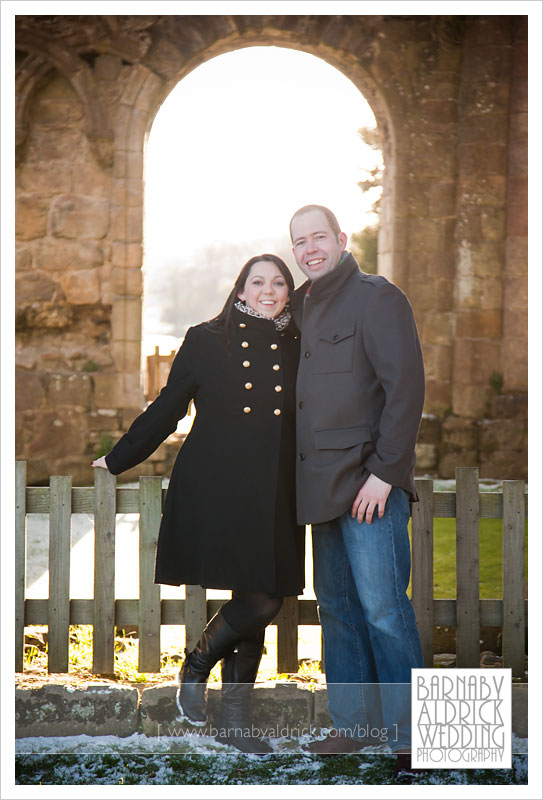 One in the Abbey 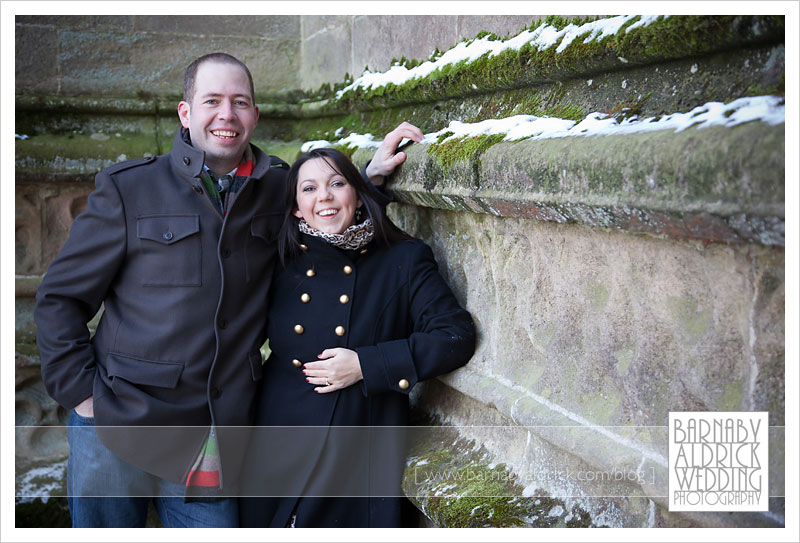 One by the Abbey 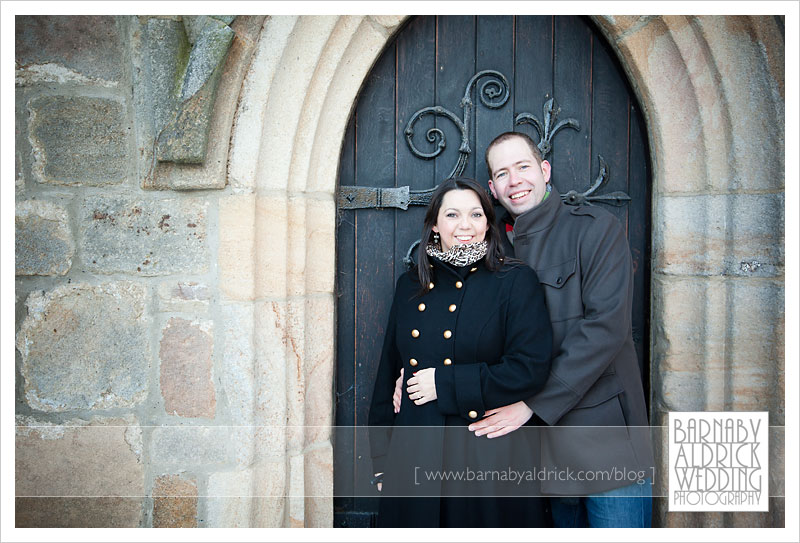 I’m really looking forward to joining Kate & Matt for their wintery Hospitium wedding in a 2 weeks.

Keep your peepers on the blog for their on-the-day slideshow!