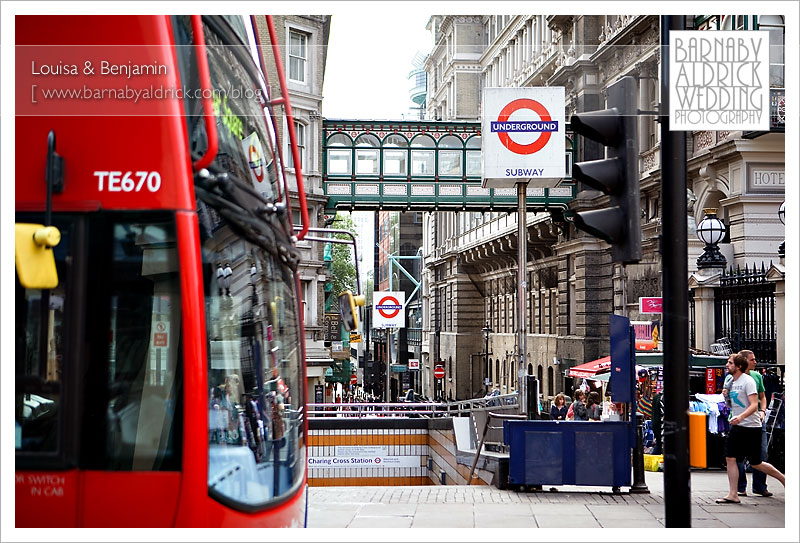 No prizes there kids! A couple of givaways in shot.

This summer I was lucky enough to be asked down to the big smog to photograph the fantastic central London wedding of Louisa & Benjamin.  I know Louisa through her sister Mel, who runs the excellent Verve Bar in Leeds where I host my Sunday Service band night.  You may remember the fun pre-wed we shot back along [Check out the post here] of them outside the Farringdon tube station & nearby markets and London sidestreets.  I didn’t wanna make the shoot too ‘London’, with the classic Big Ben / London Eye / Tower bridges backgrounds, and feel we not only caught the feel of the area around their ancient church, but also got them both relaxing in front of the camera.  In fact, it turned out there’s a budding model not too far beneath the surface of Mr Ben.

So, the party began at the West End’s infamous and all-round super magnificent Waldorf Hotel… 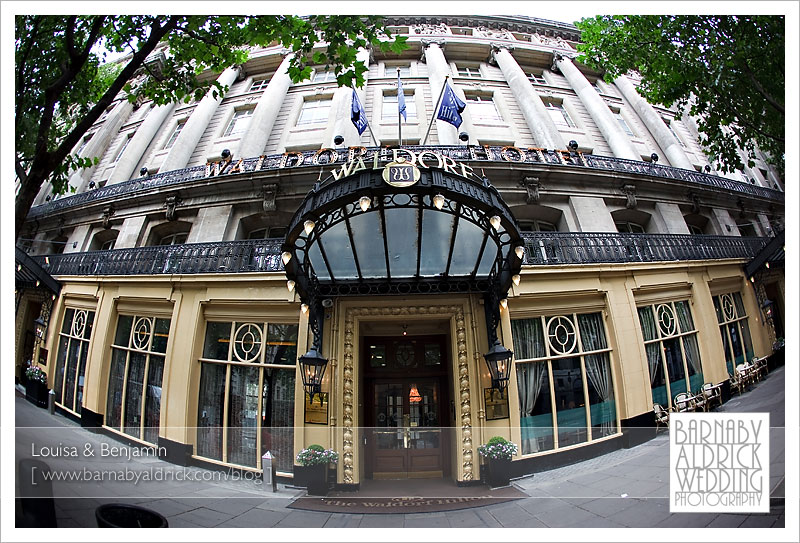 And here we found Louisa, chillin on the bed, mui tranquillo. 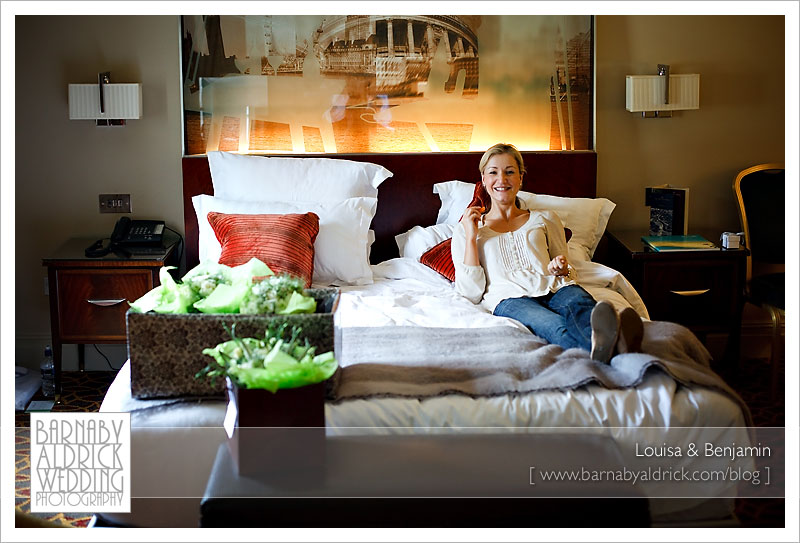 Lovely flowers, all set to go. 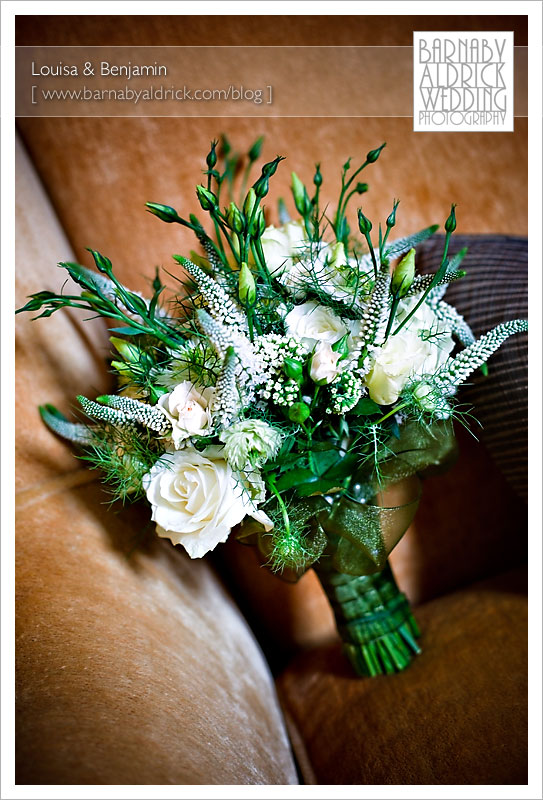 Here’s Mel being worked over by the insanely talented Fred of Harvey Nichol’s Armani concession. This guy regularly gets jetted all round the world to make up celebs. He had a few stories to tell, that I probably shouldn’t recite on public blog… 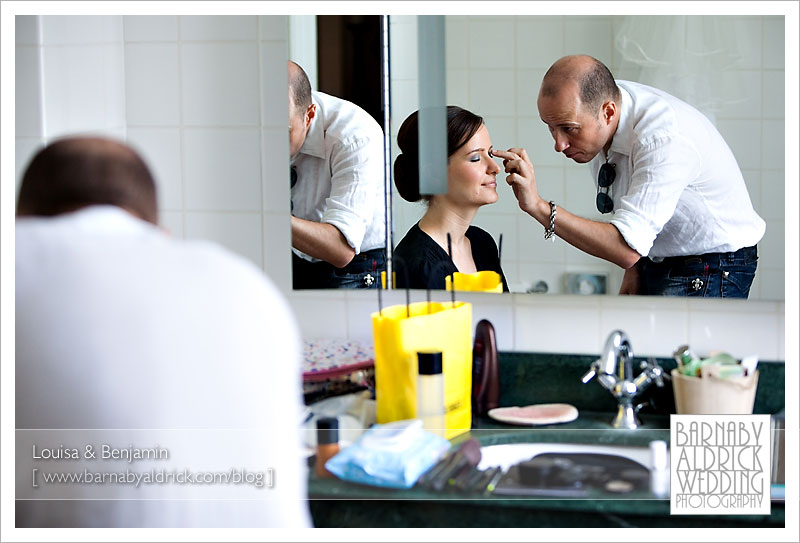 The hairdressers was round the corner and the girls were shuffling back and forth in their hotel slippers. 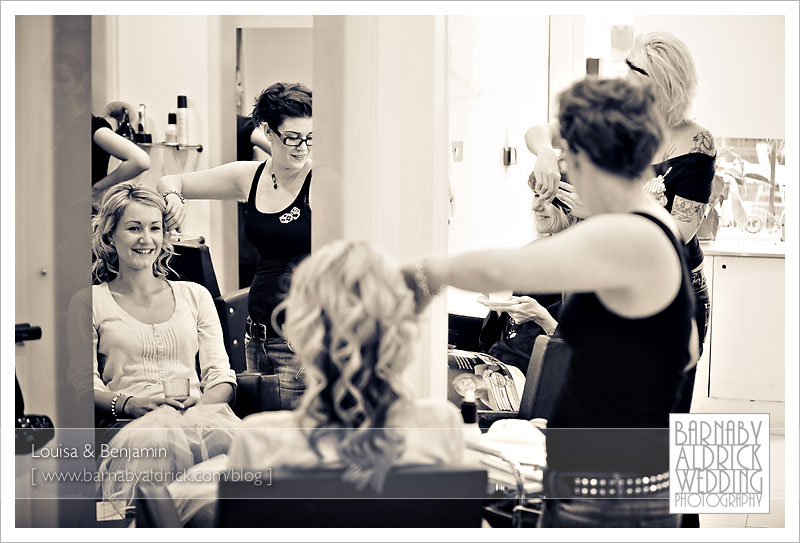 I love this one of Louisa & Mel walking back to the Hotel, Louisa in her veil. It’s so London, and I love the fact that no-one bats an eye. 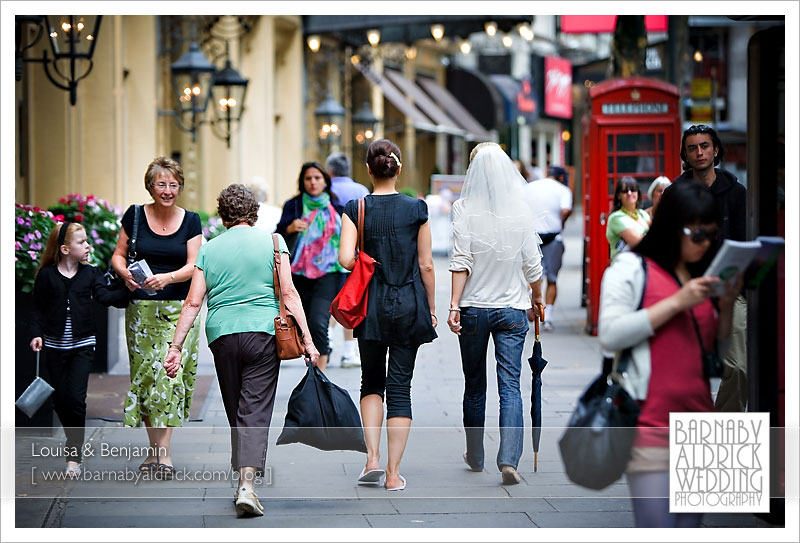 Louisa’s sister, and bridesmaid.  It’s all about the iPhone! 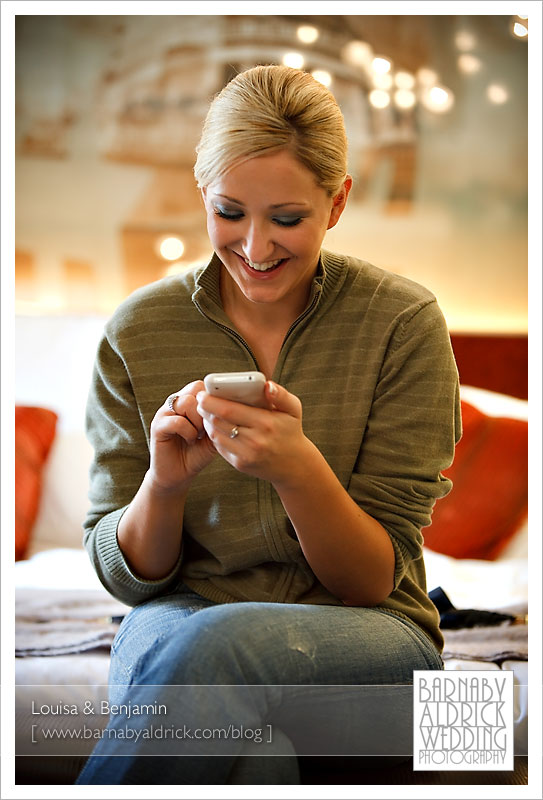 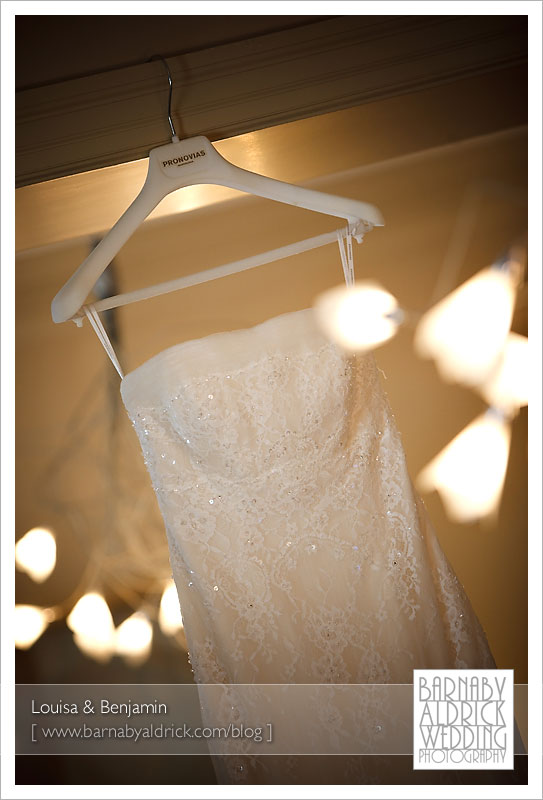 I like this one of Mum in a reflective moment, bathed in two tasty light sources. 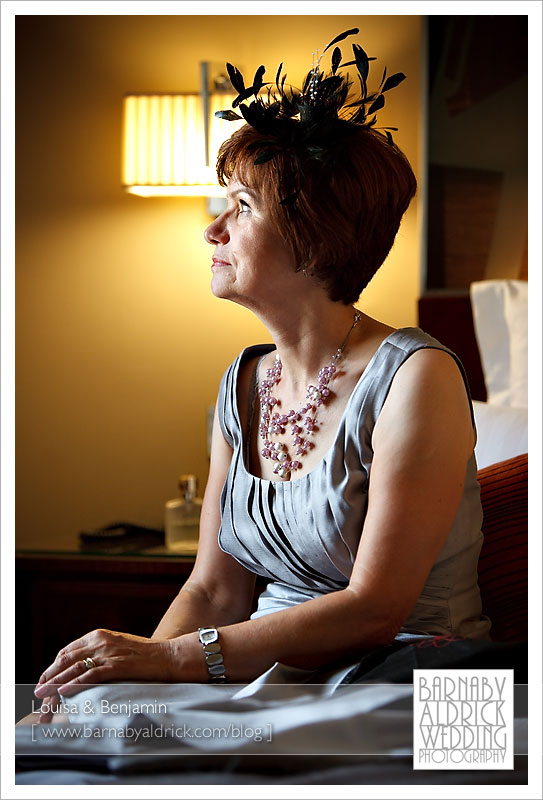 In that beautiful dress, having the trimming’s applied. 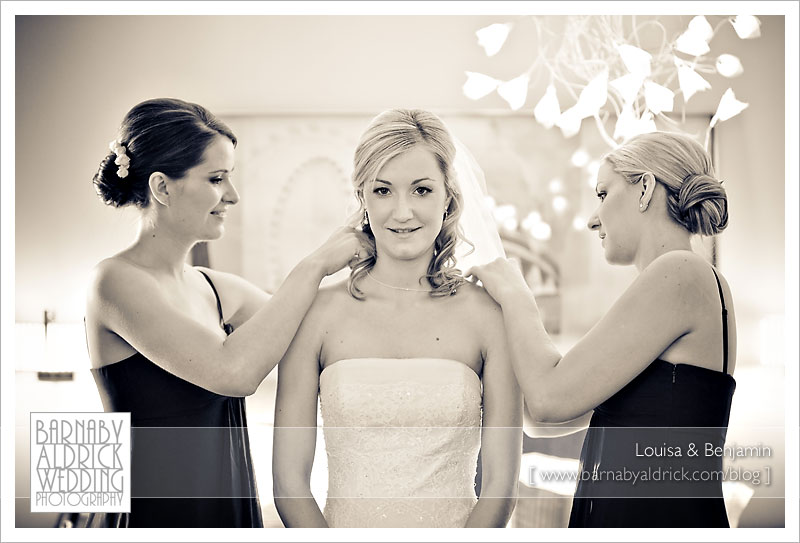 I love this relaxed portrait. 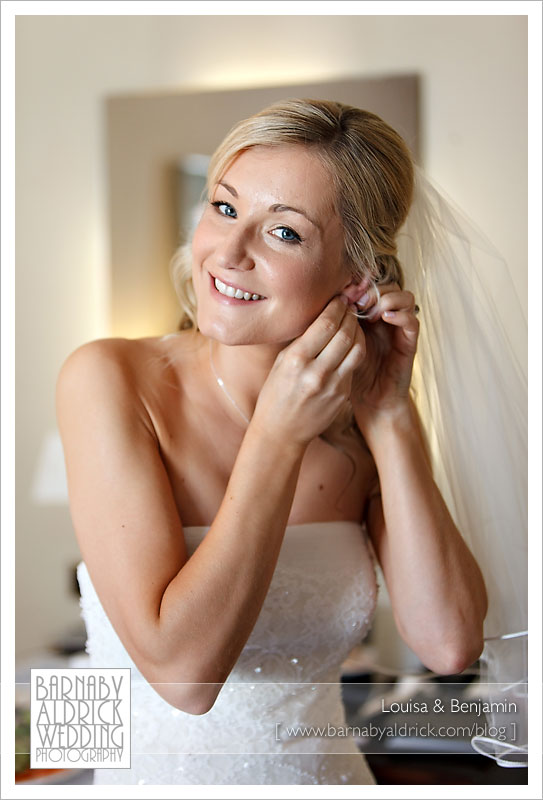 Those flowers, in all their glory. 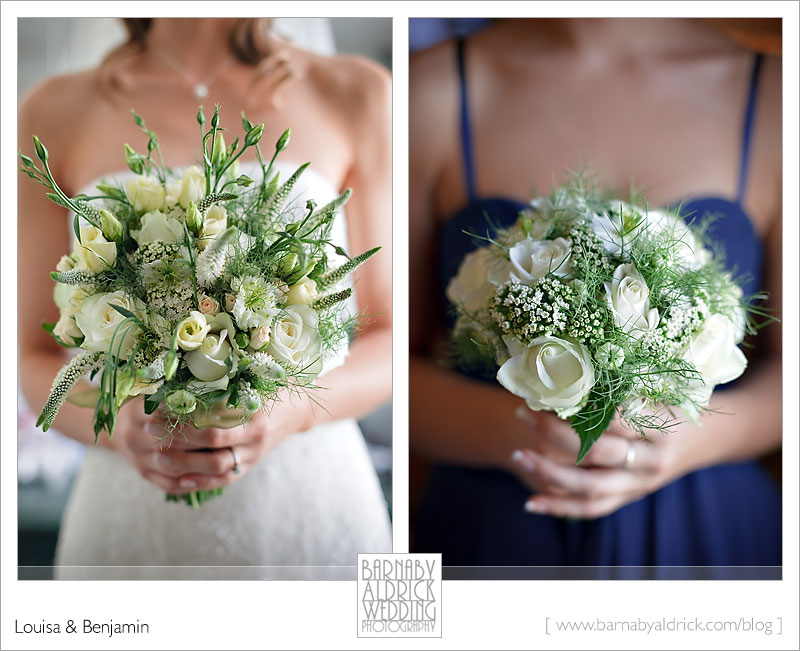 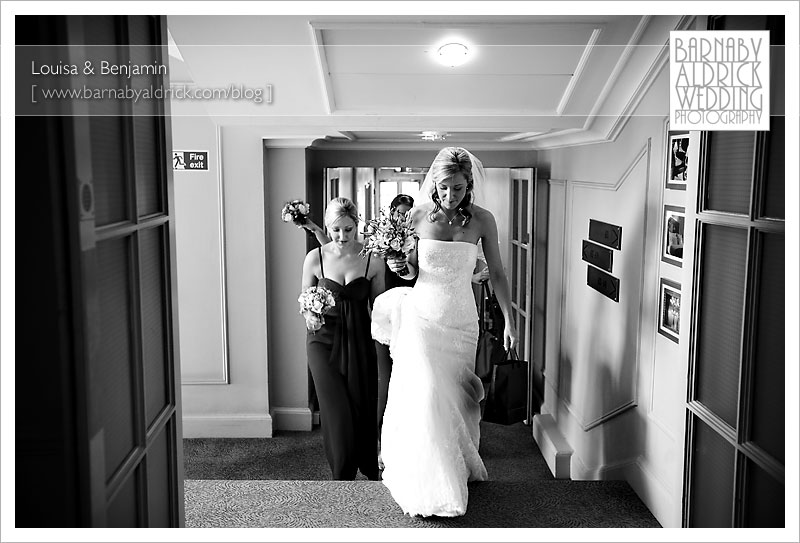 I also love this one of the girls flagging their hackney carriage outside the Waldorf.  Those cheeky red phone boxes are never far away! 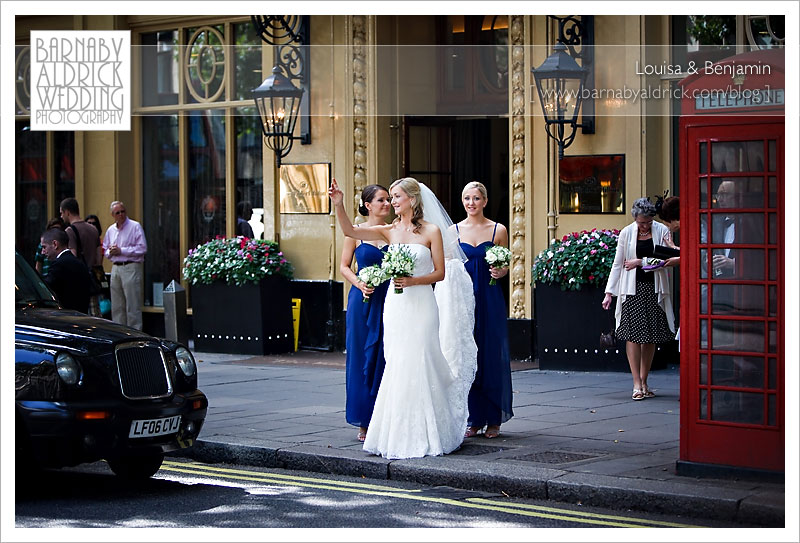 The wedding was at London’s oldest Catholic church, St. Etheldreda’s church, built in 1250!  Their ceremony was in the church & reception in the crypt beneath.

Once it stood as a full-on churchy turrets & cloisters affair, but over the years London’s Edwardian streets have muscled it in, so that it’s almost lost!  Crazy. 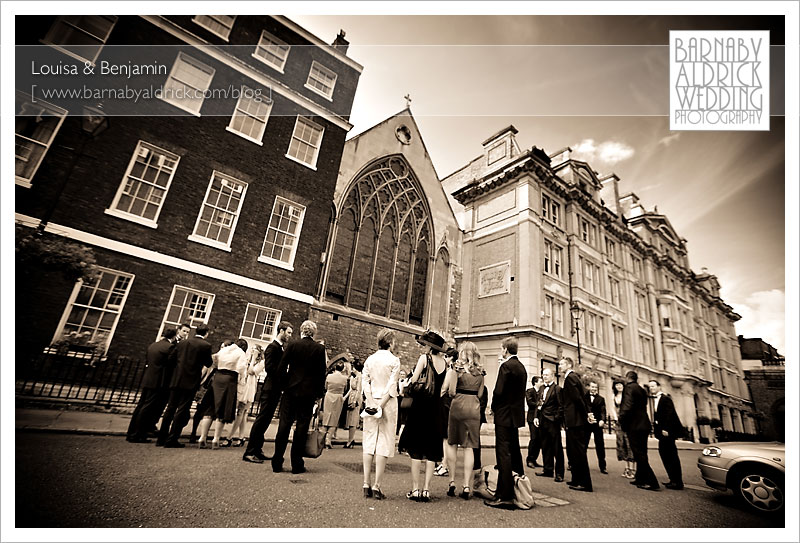 Ben & his ushers outside, checking their black tie theme was all ship shape. 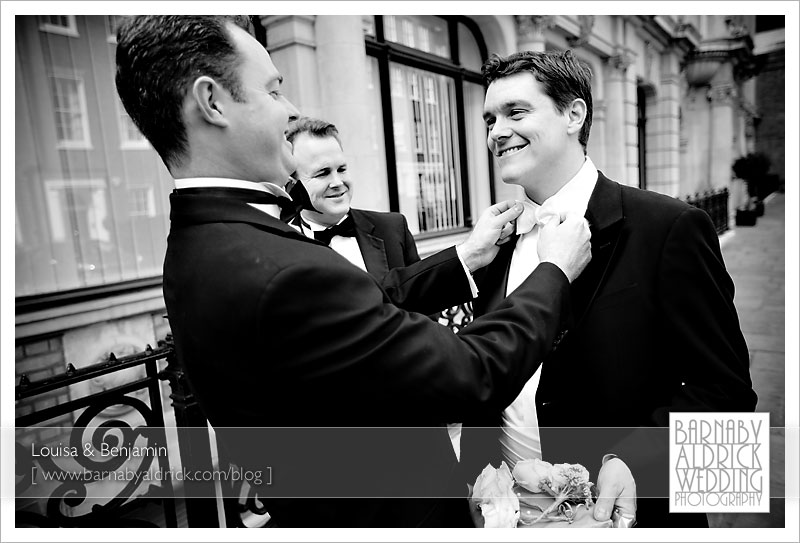 I like to do a detail shot of the grooms finery.  I like the curly detail on the rose. 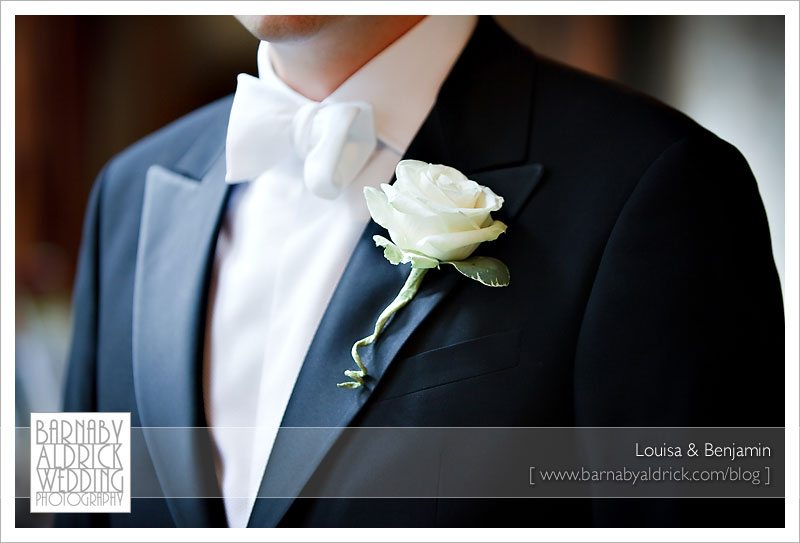 Check these adorable flowergirls & pageboys out! 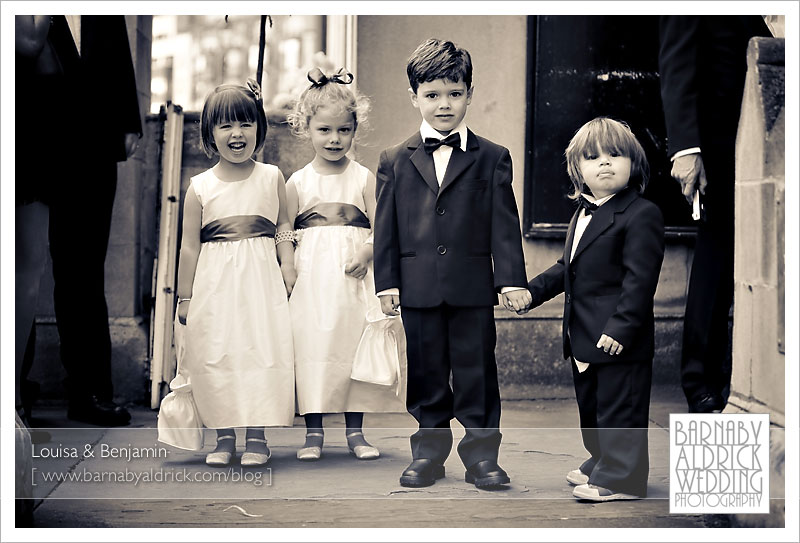 With the gang inside, Louisa alighted her London carriage & gathered up! 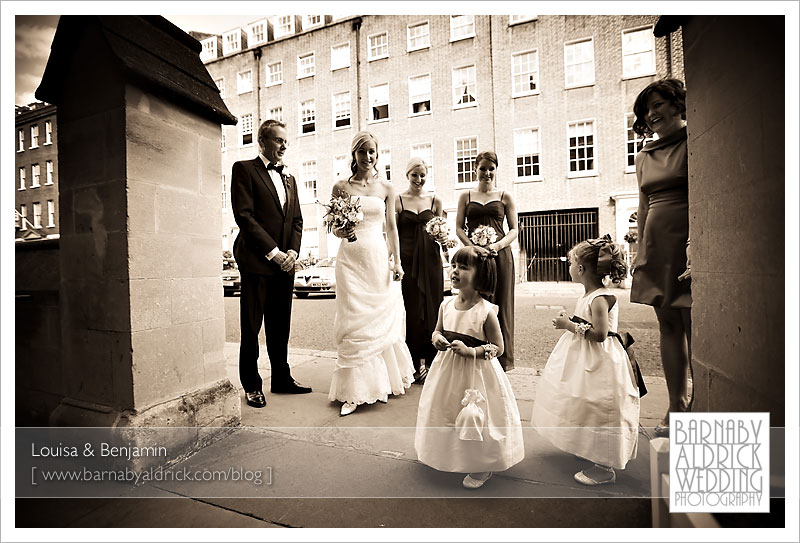 To save this becoming another longitudinally epic post, check the gallery below for the midsection highlights…

I liked the catch of the shadow on the wall during the first dance. 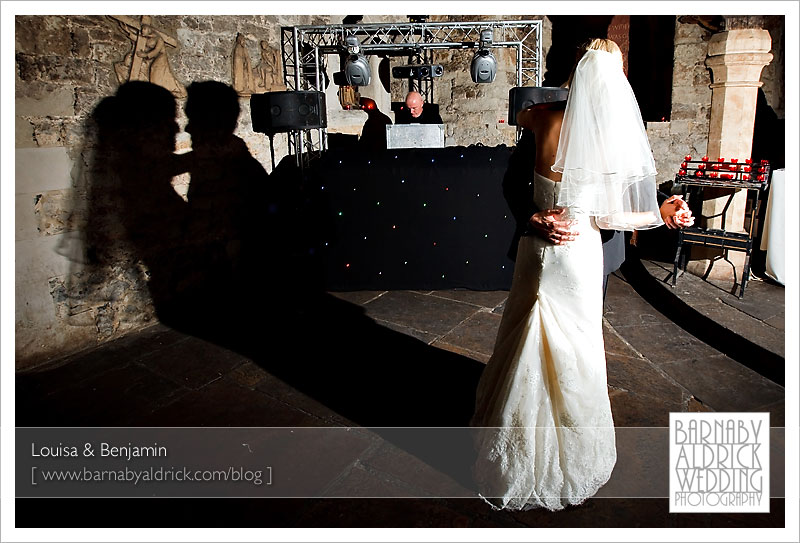 I’d mentioned to the bridesmaids in the morning that I’d recently done a Ukrainian wedding where the girls danced round in the brides veil.

They seemed to think this was a great idea! 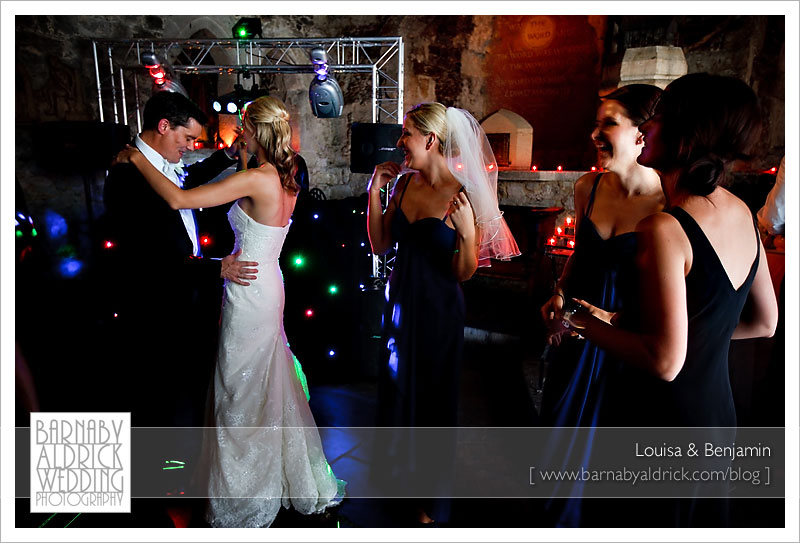 People do all sorts of things when you rock up with a camera. 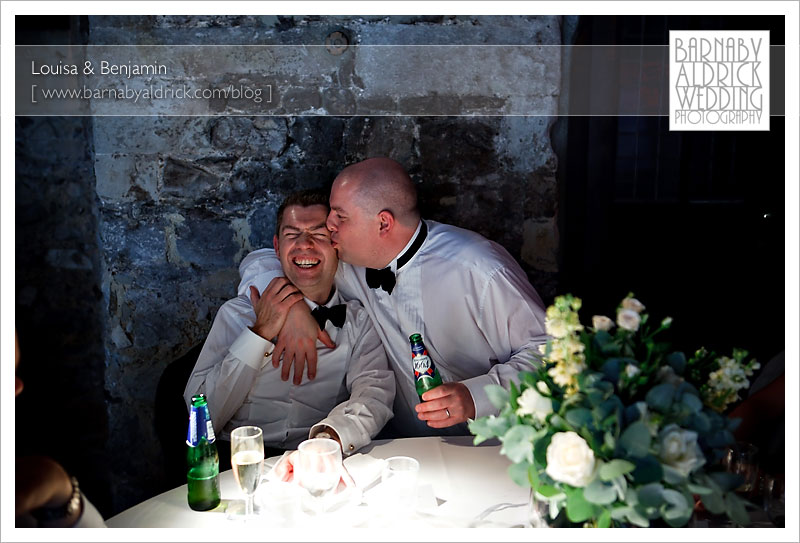 I like this one of the gang dancing & caking. Mum’s that get down at weddings rule. 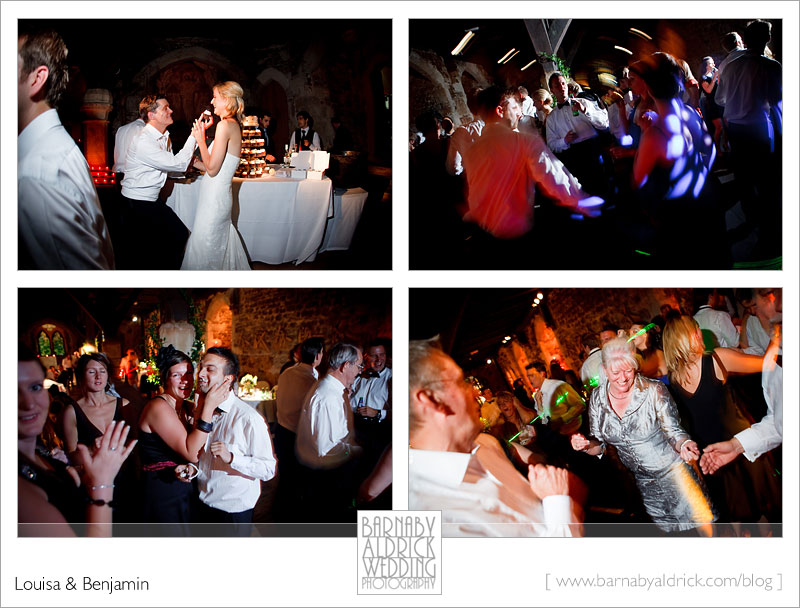 Before we headed off I caught this night-scene of the road.  It’s such a mental church, nestled in there.  An ace place for a wedding.

Apparently Henry VIII had a bbq there or something once upon a time.  Not many people have a wedding where Henry’s chowed. 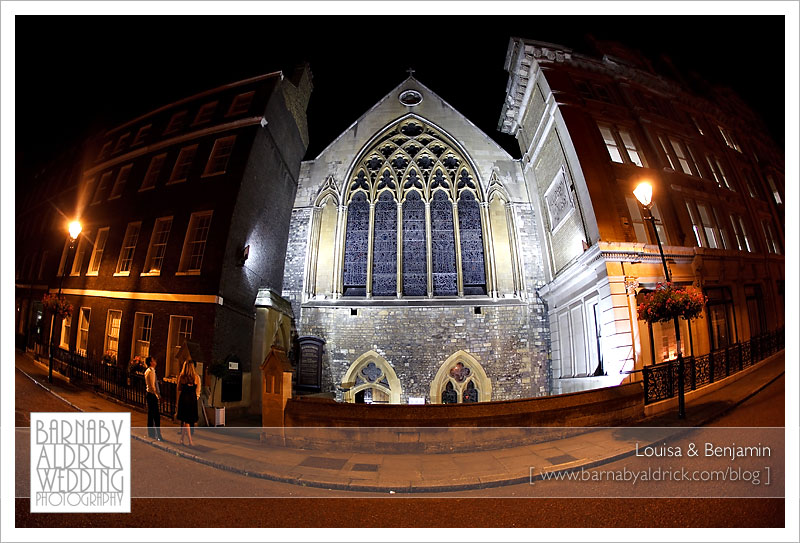 It was a pleasure indeed joining Louisa, Benjamin & the gang for their fantastic London wedding and we wish you all the happiness in the world!