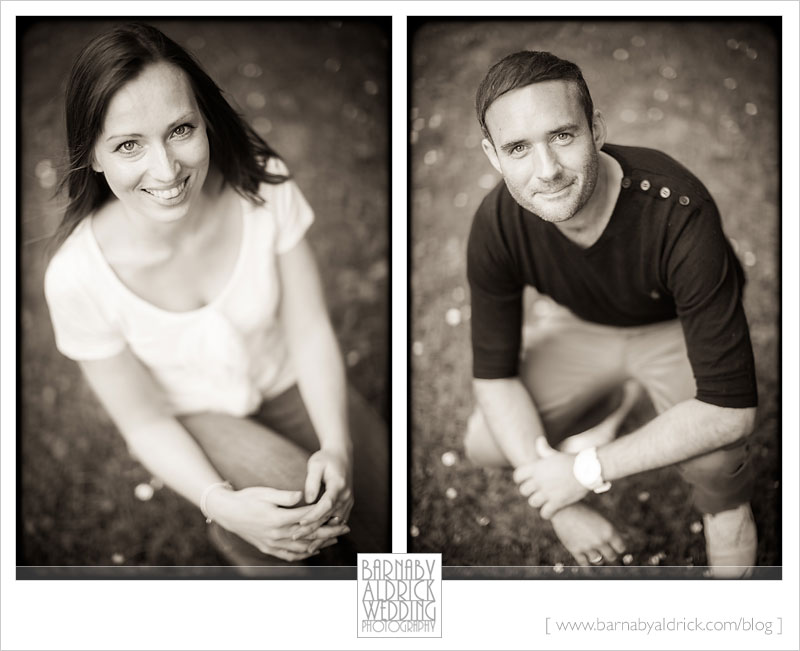 A few Sunday’s back I joined these guys, Lucy & Barry for their pre-wedding catch up. 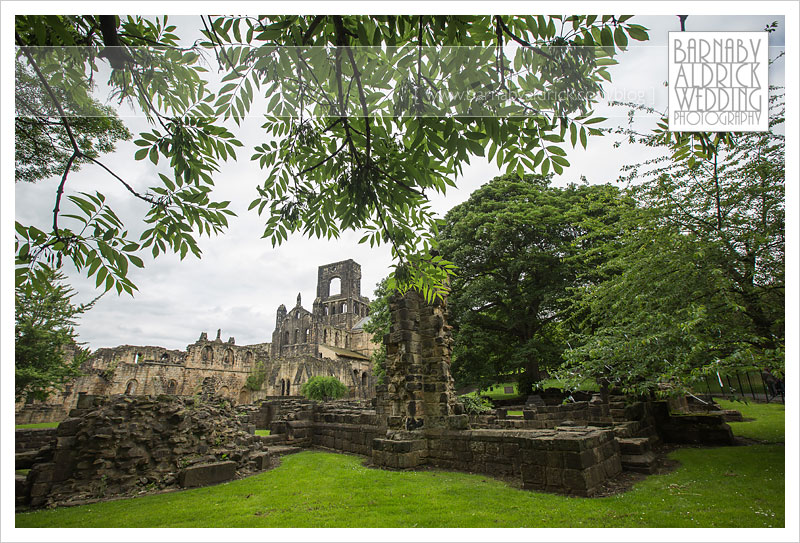 Even though they’re getting married at the ace Woodlands Hotel in South Leeds, we decided to do the shoot at Kirkstall Abbey in West Leeds 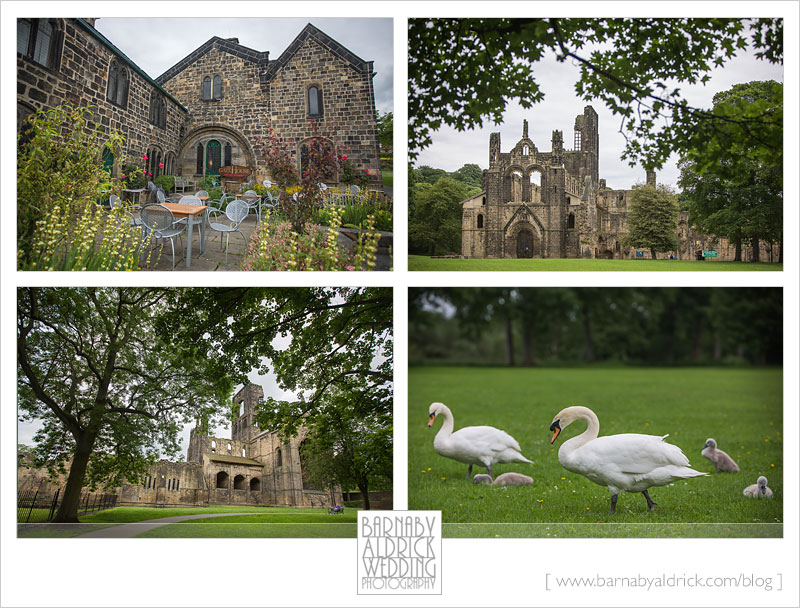 We had a coffee (and a slice of well tasty Caramac Ginger cake!) at the Gate House Cafe before exploring the Abbey. 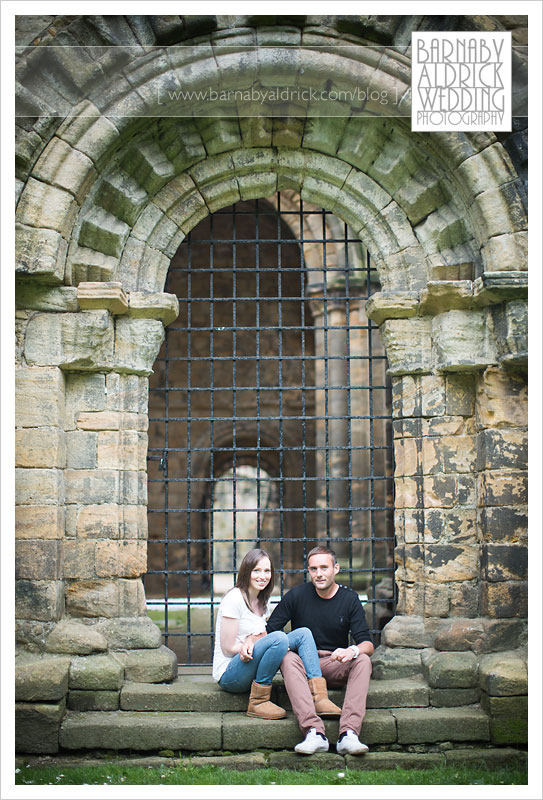 I like to help my couples get used to the feeling of being photographed ahead of their big day, so it’s one less thing to worry about.  So we kicked off in one of the amazing old archways of this 12th century Cistercian abbey, and had a little cuddle to show them how it feels to be photographed. 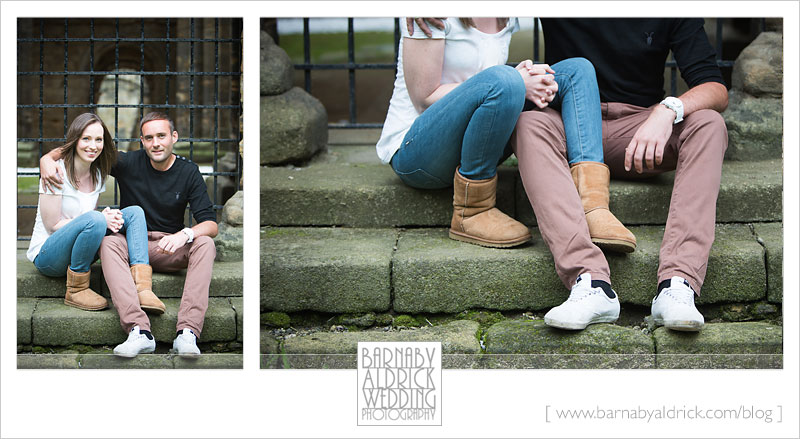 Generally it’s a bit weird for people, sometimes more for one half of the couple than the other, and sometimes it’s harder for the one who expected it to be easy.  Either way, I generally just tell people to try and keep a bit of body contact… 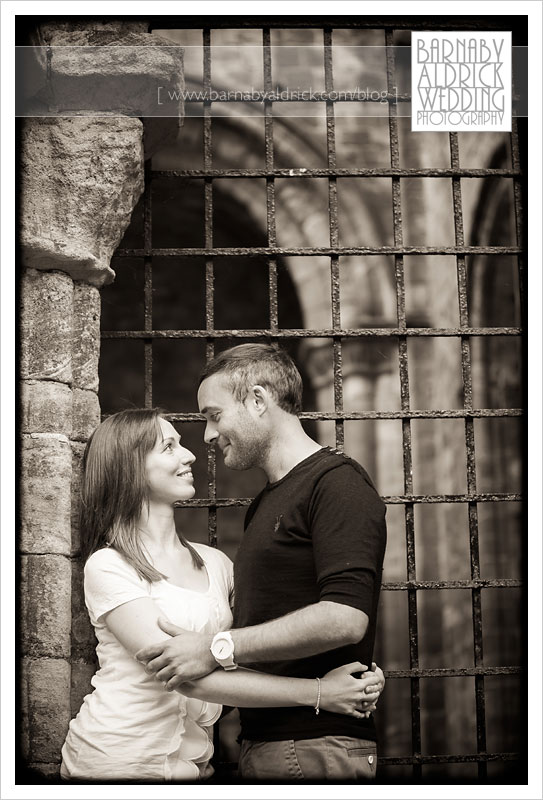 …and to try and concentrate on each other rather than me! 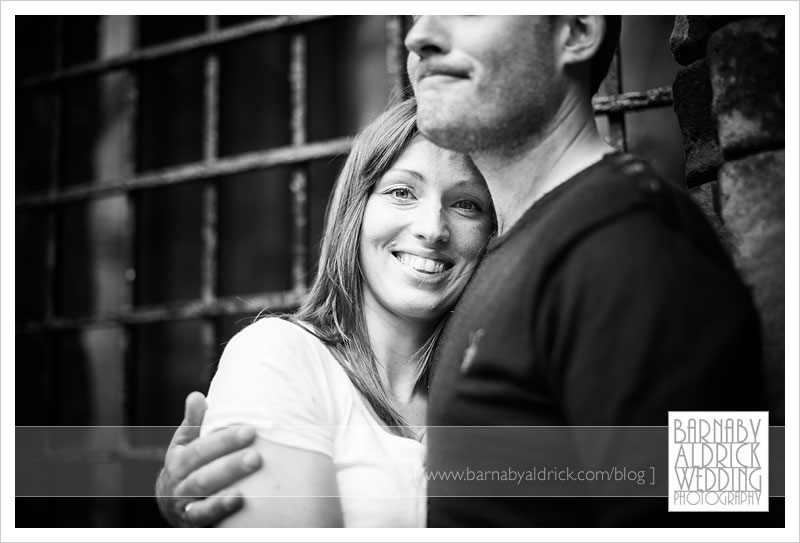 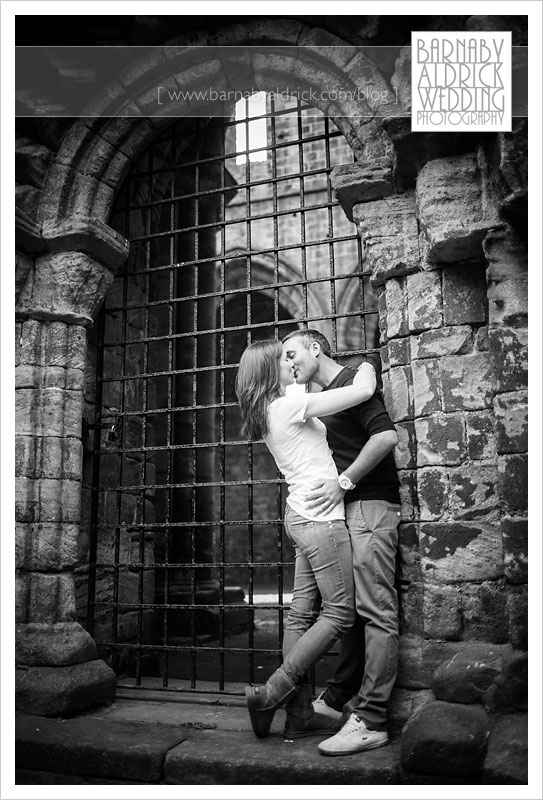 It didn’t take Lucy long to get into the swing of it! 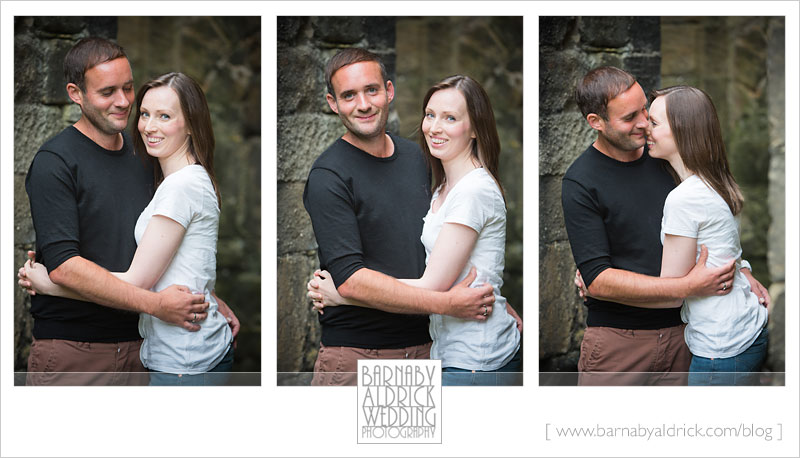 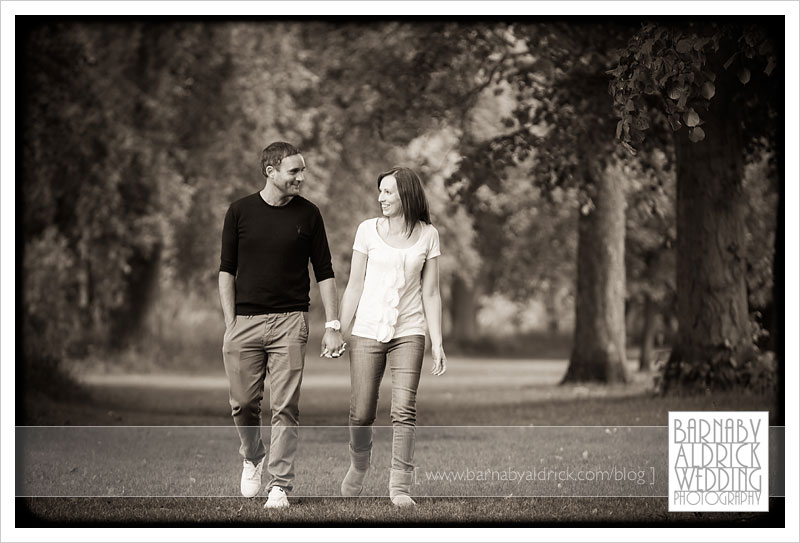 Afterwards, we took a little stroll around the grounds, by the river Aire. 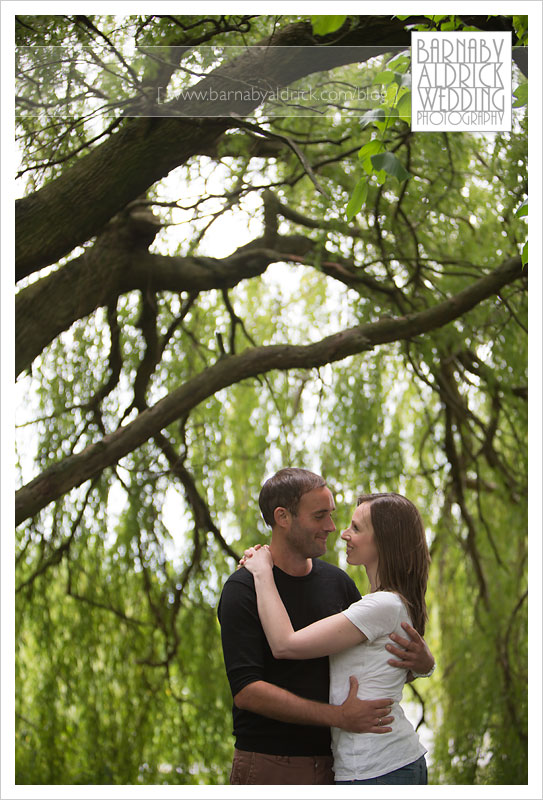 There are loads of ace weeping willows under which to cuddle! 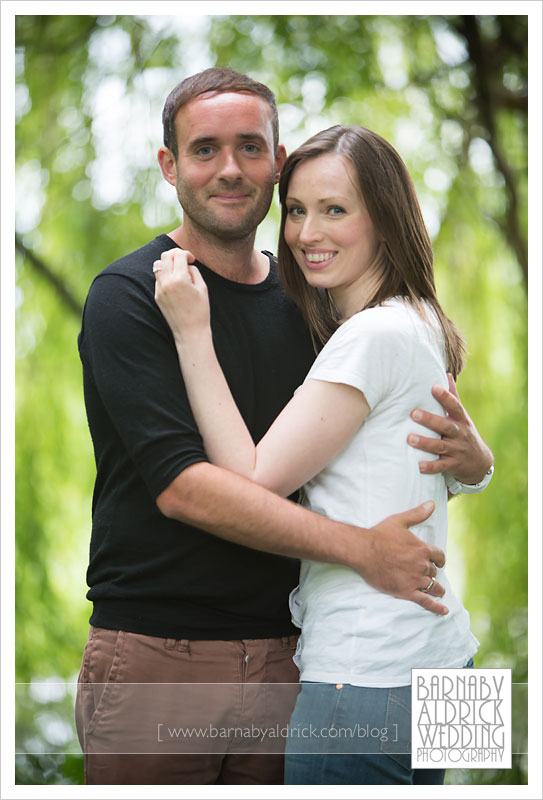 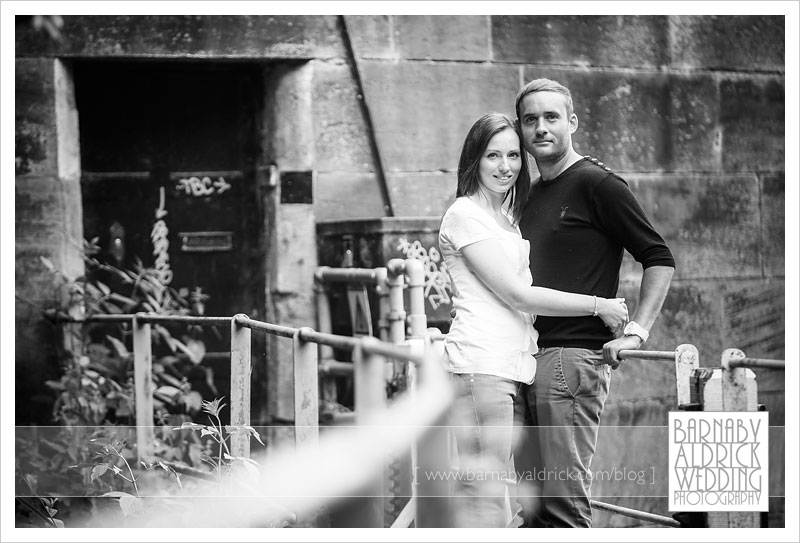 On the river there’s a cool old weir house with a lock gate that makes a nice spot for a portrait. 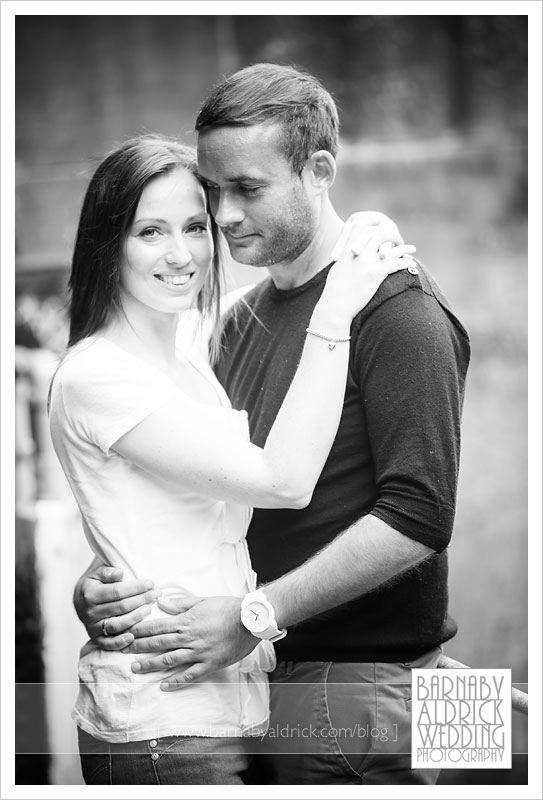 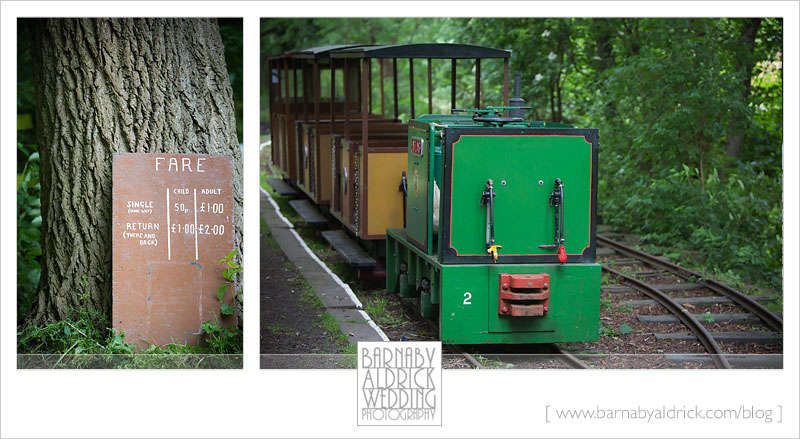 A little further into the woods is the old Abbey Light Railway that runs up and down the Abbey Grounds.  It generally only runs on weekends, and whenever I’ve been in the past it’s been closed, but it was parked up ready to go this time. 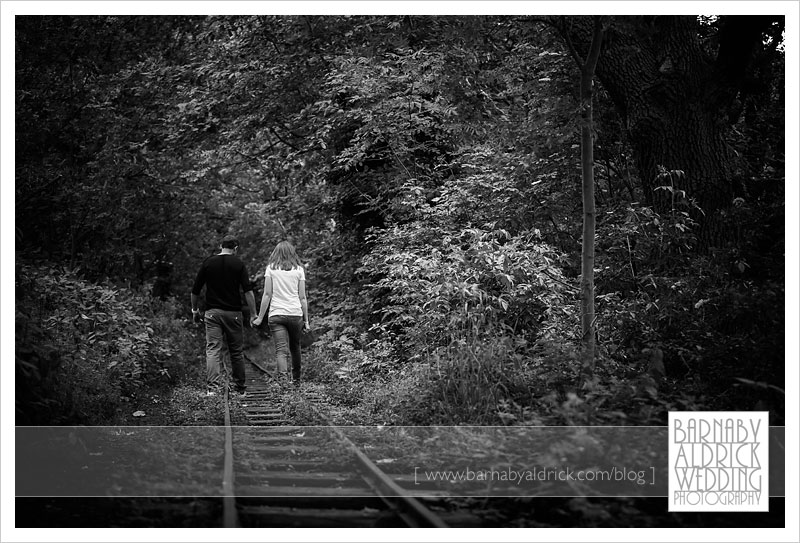 I like the whimsical vibe of couples strolling along the railway line, and it took a bit of convincing the train driver to let us take a stroll! 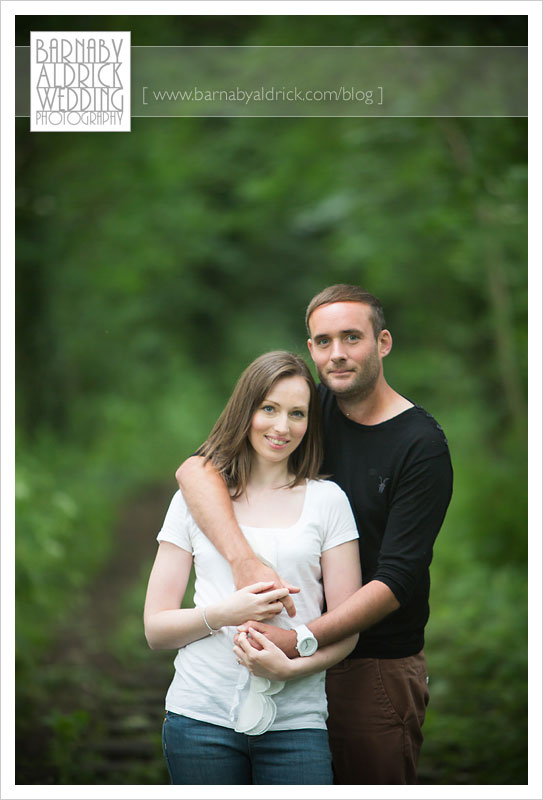 Loving the super soft background on this one! 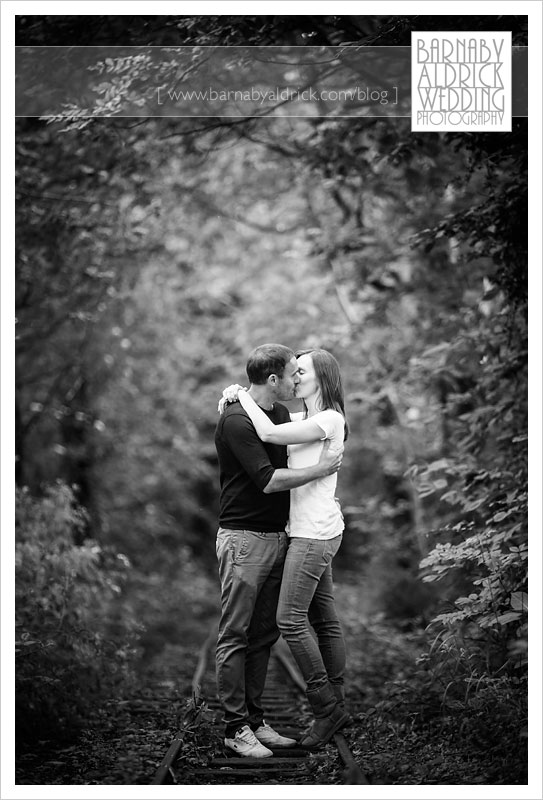 It was great to catch these guys and hear about their fun plans for their upcoming big day!

Can’t wait to join them at Woodlands in a couple of weeks!