I’ve a couple of pals who I like to go Urban Exploring with.  Basically we nosey round disused abandoned buildings and take photographs.  You can see some of the UrbEx posts on my blog here.

Anyhoos – I’ve been so busy this summer shooting cool weddings up and down the country that I’ve not had chance to do a great deal of photography for myself (as shown in the predominance of wedding and pre-wedding only posts on the blog of late!).  So the UrbEx boys & I decided to go do some night shooting & get creative.  James P Lester had wanted to do some photography in open space, like a carpark or shrubland, using car lights as a light source, and I wanted to do a little creative flash work balancing ambient night light and flash. 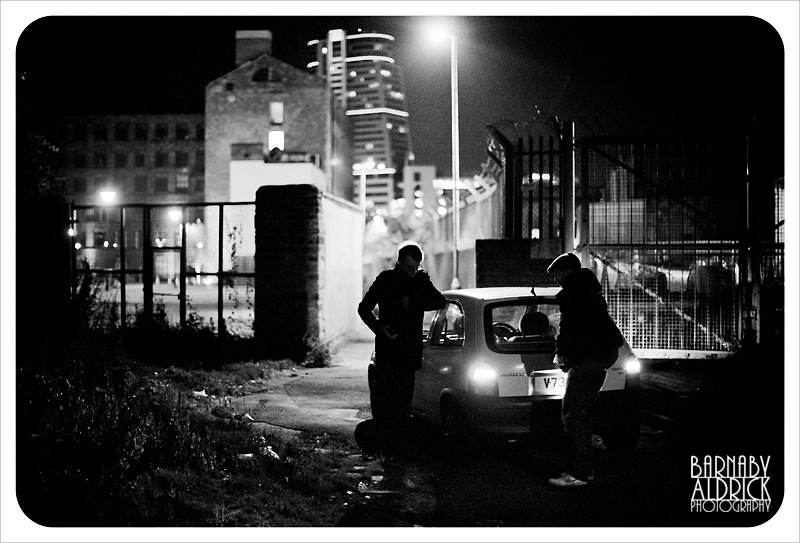 So off we drove to the Water Lane end of Holbeck in Leeds and started messing about with our cars & lights.

It’s a bit of a dodgy spot, known for ladies of the night, and we got stopped twice by two sets of cops asking what we were up to, being all shady round our cars! 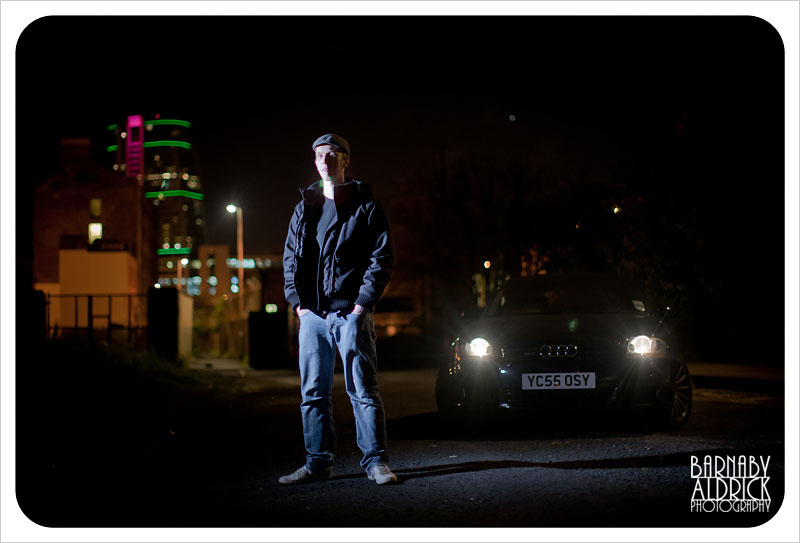 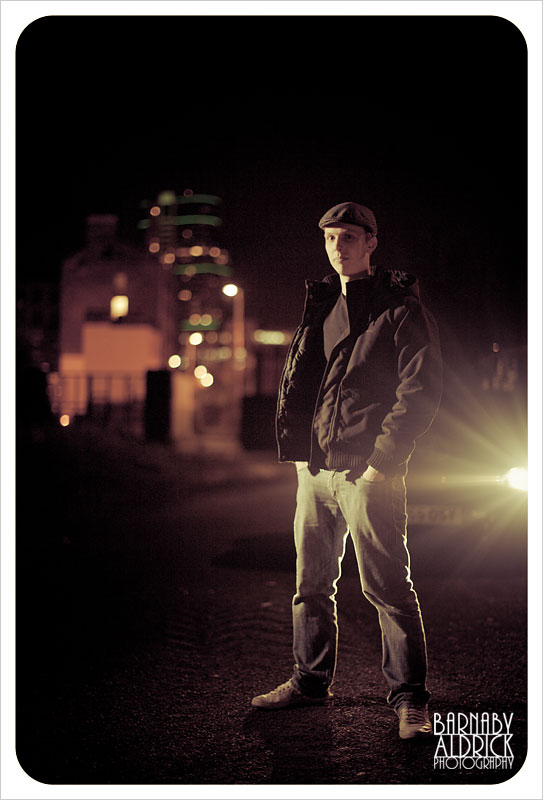 And with the head lights on dipped beam 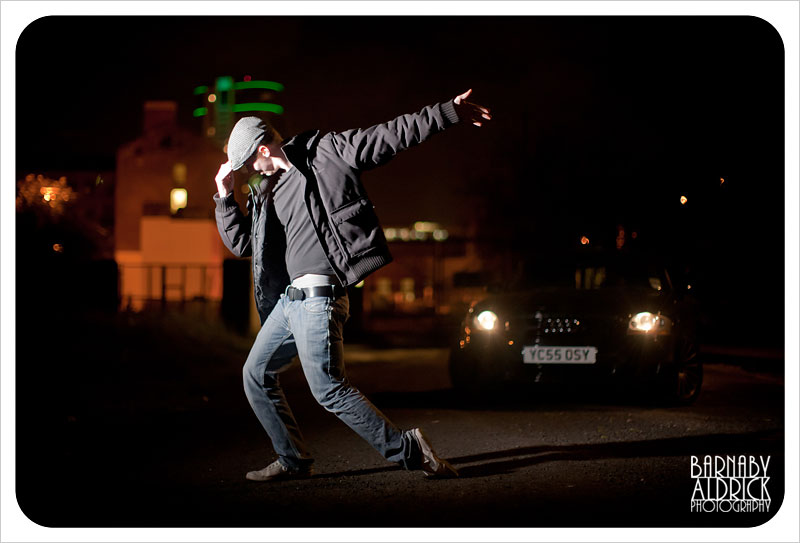 We’re no models, and can basically do ‘stand there’ and ‘piss about’, so James started rocking some Michael Jackson shapes. 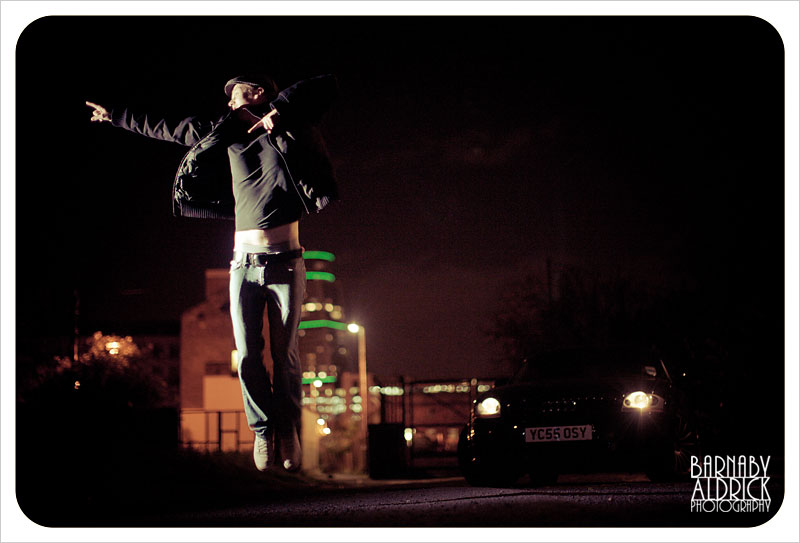 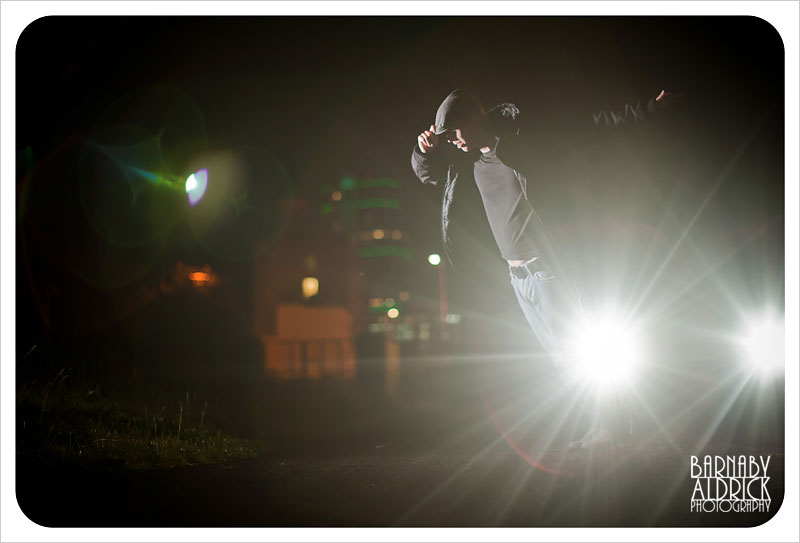 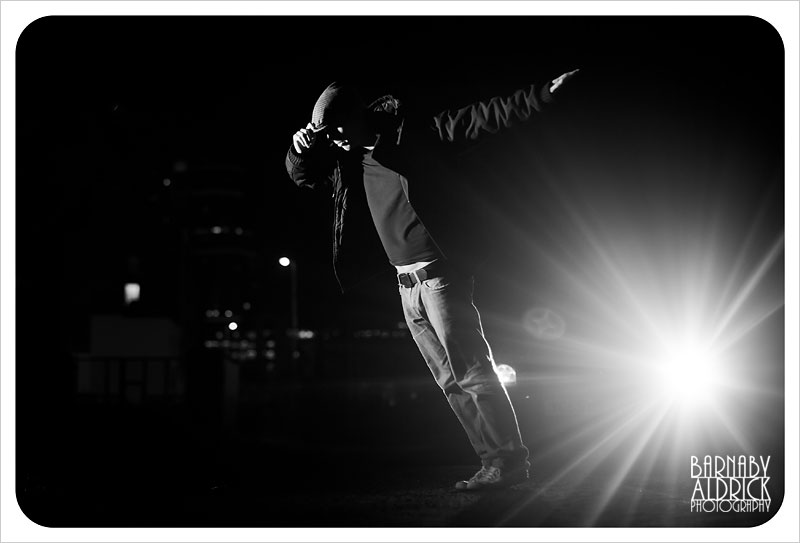 And with a little less flare. 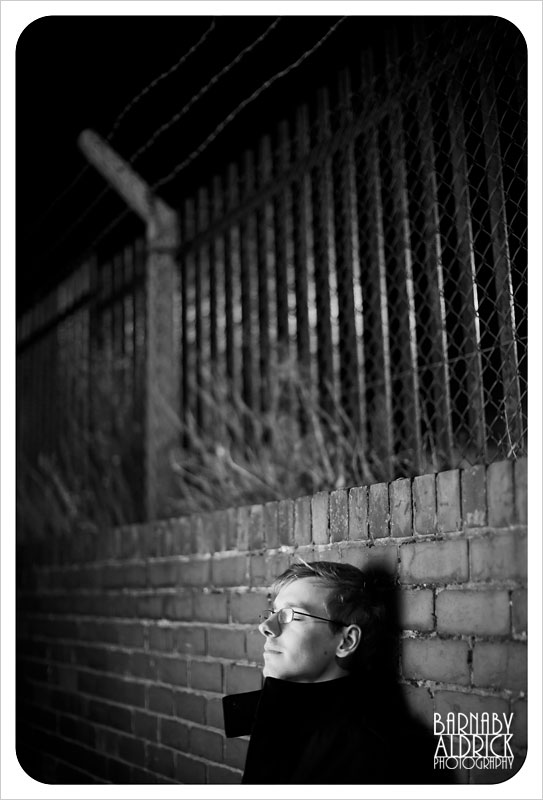 We found this cool (ready ‘shady’) alley, and with fellow snapper Aiden Dunbar to stand in as model, I got James to pop the flash off an opposite wall, casting a wicked soft light. 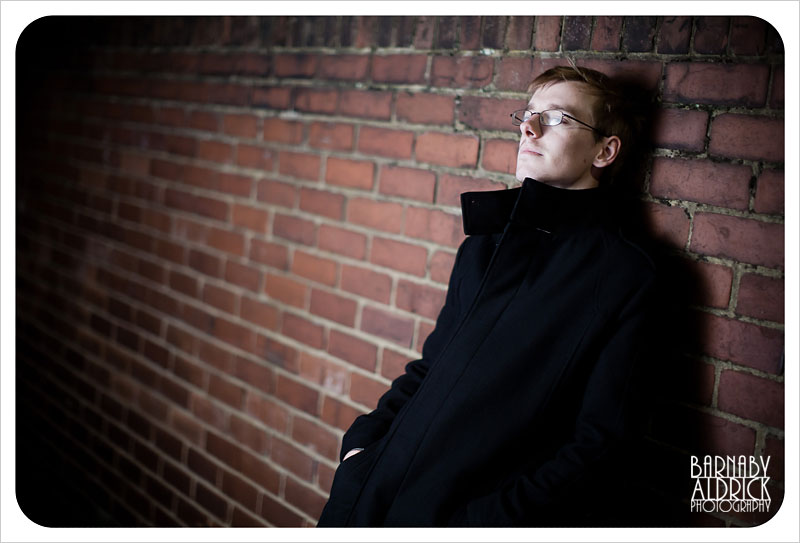 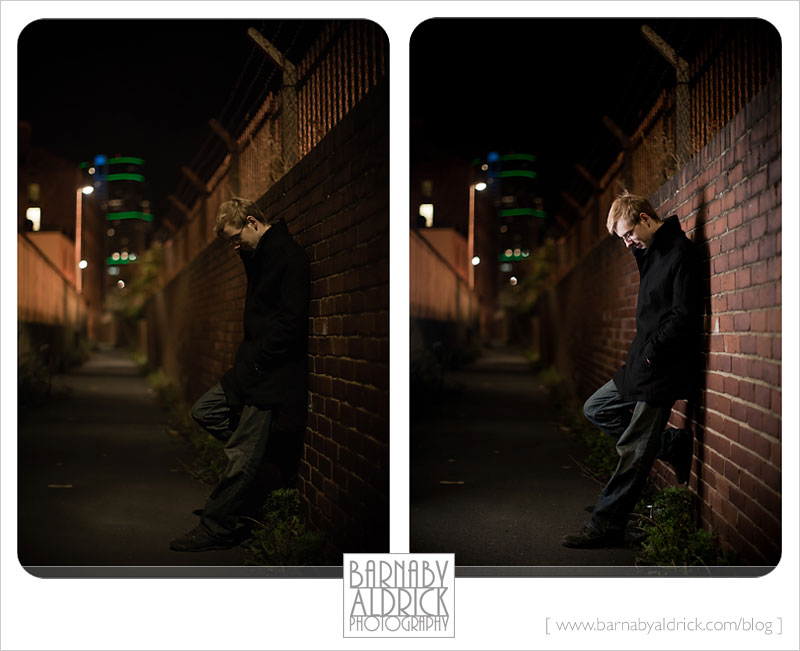 Basically with flash, you’ve got to think of the photo as two images, first expose for the ambient, then add in the flash afterwards (as above!). 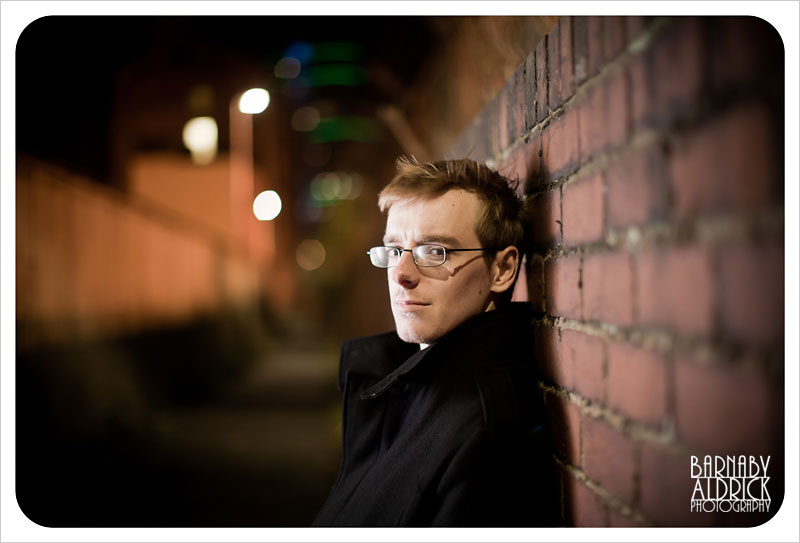 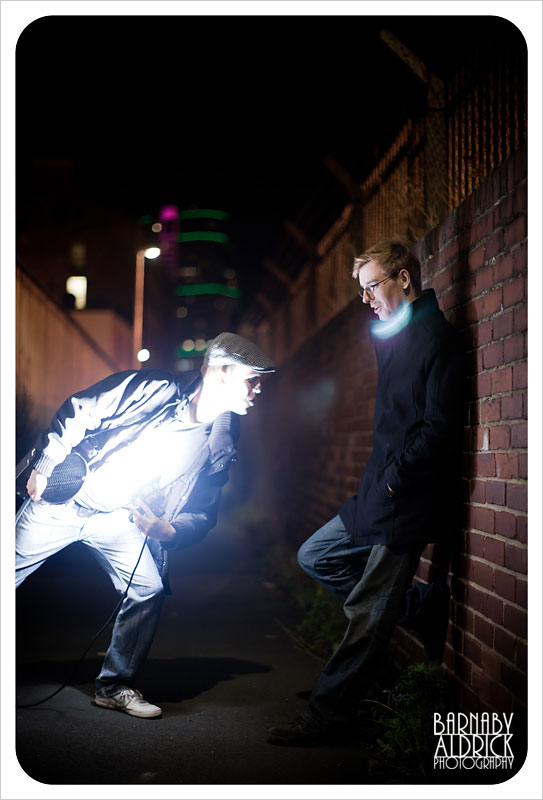 And the human flash reflector, bouncing flash off himself! 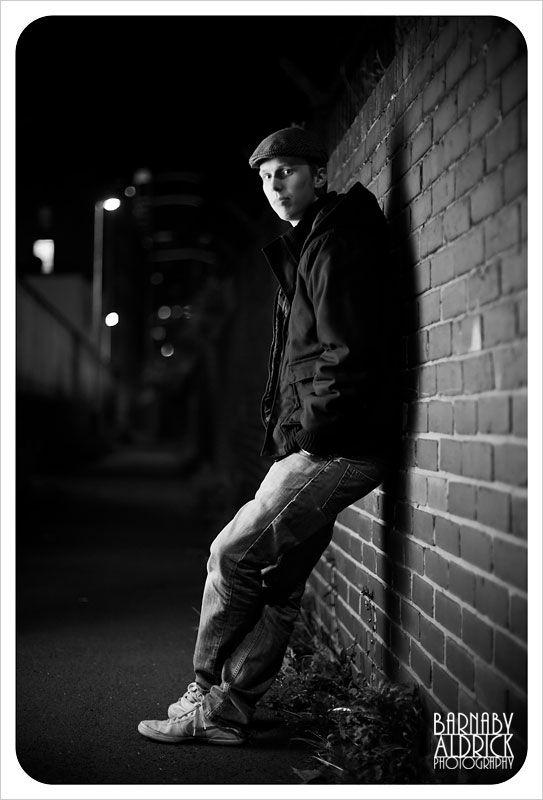 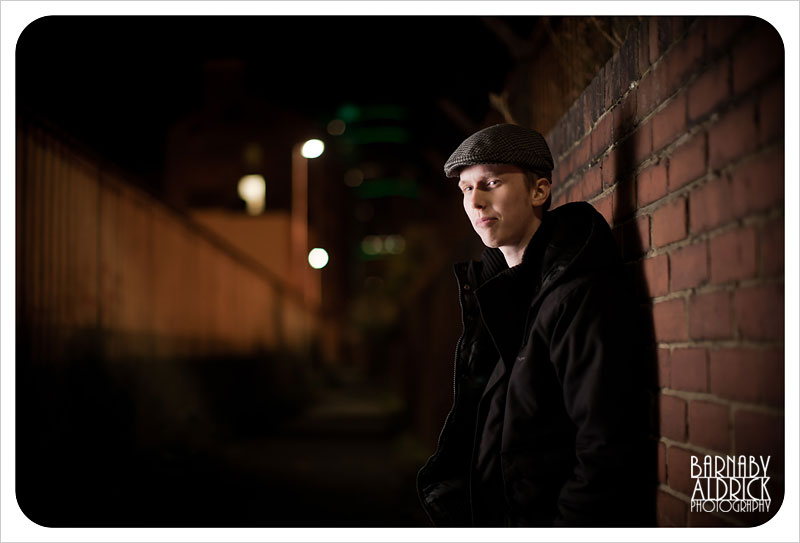 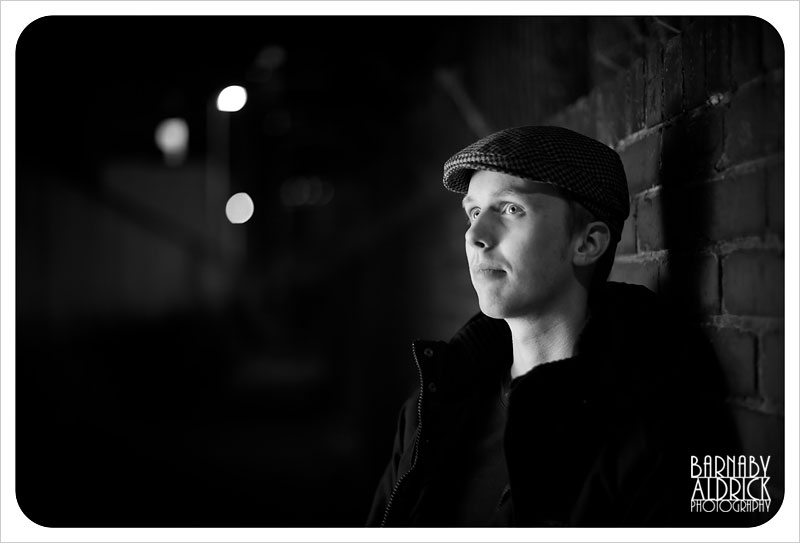 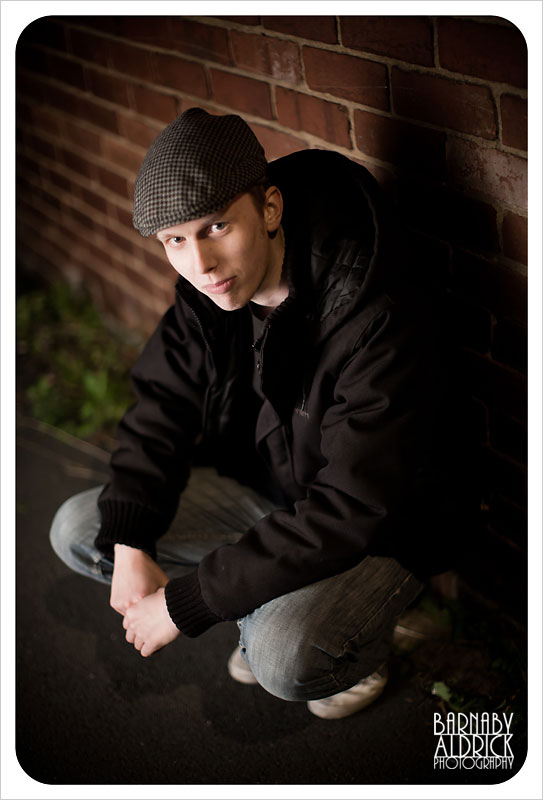 The classic kneely pose!  Everyone looks good from this angle. 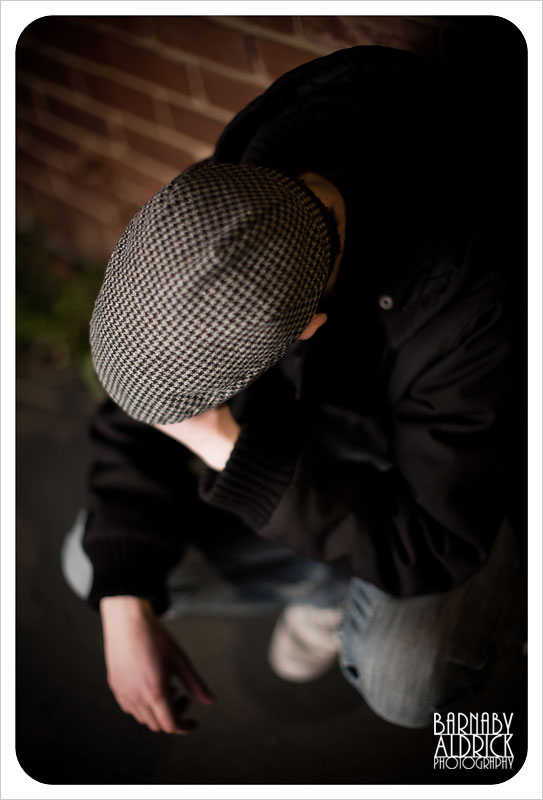 Though being serious is hard. 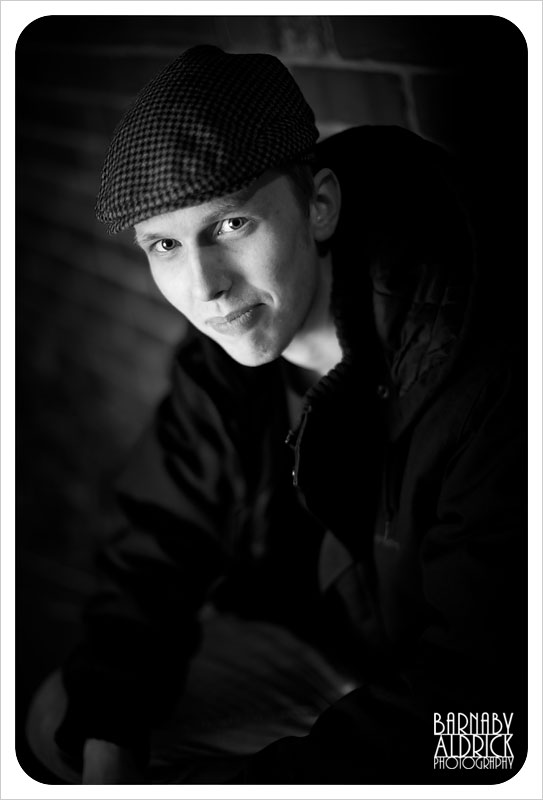 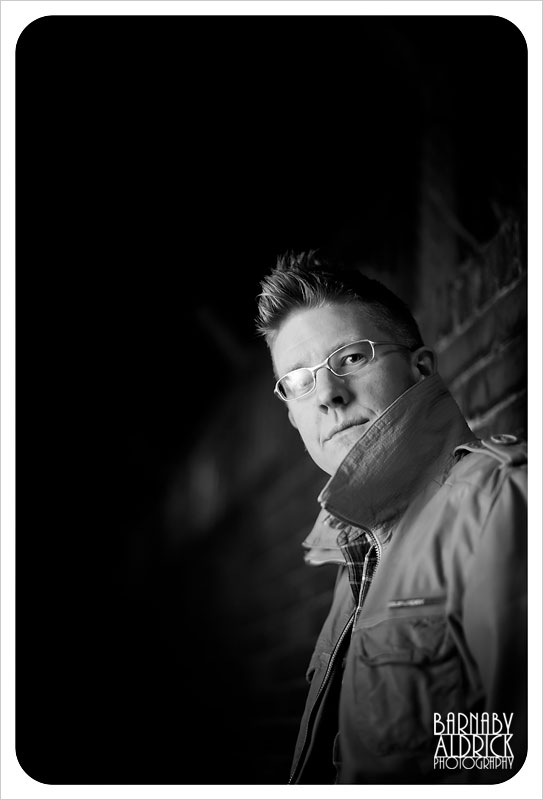 James shot a few of me too. 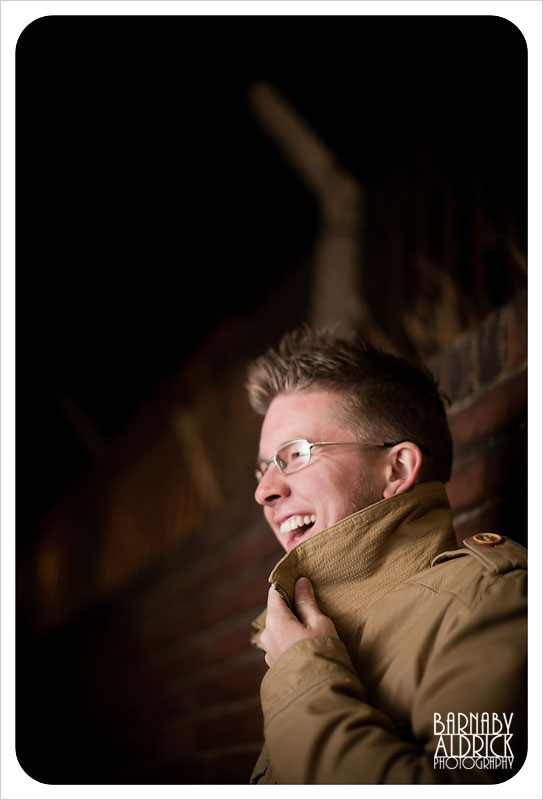 Also not good at being serious. 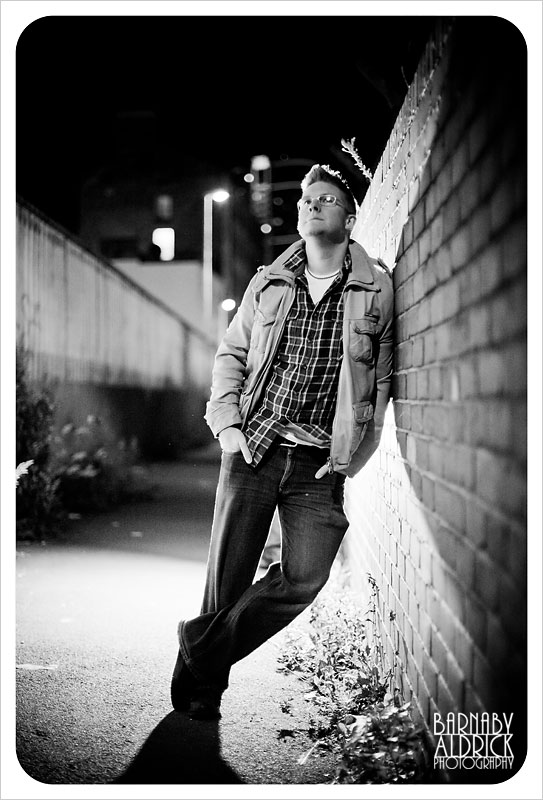 I like this one, using the ambient from a nearby streetlight, and the flash from behind. 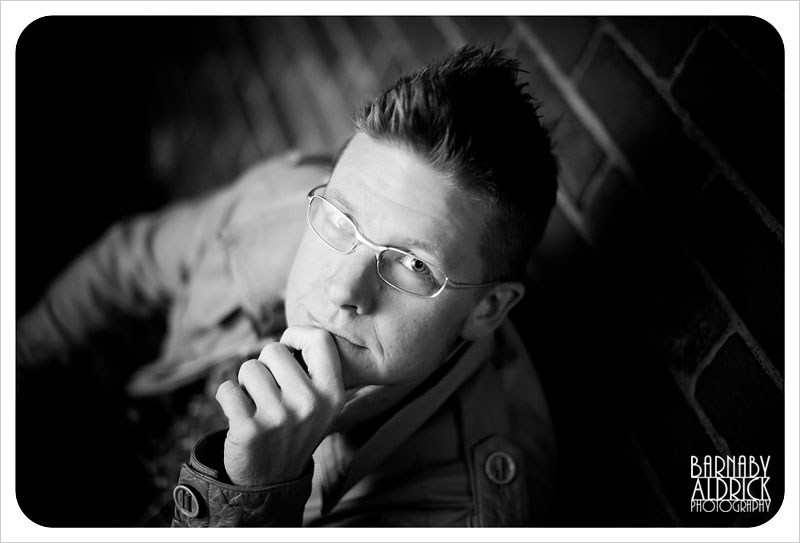 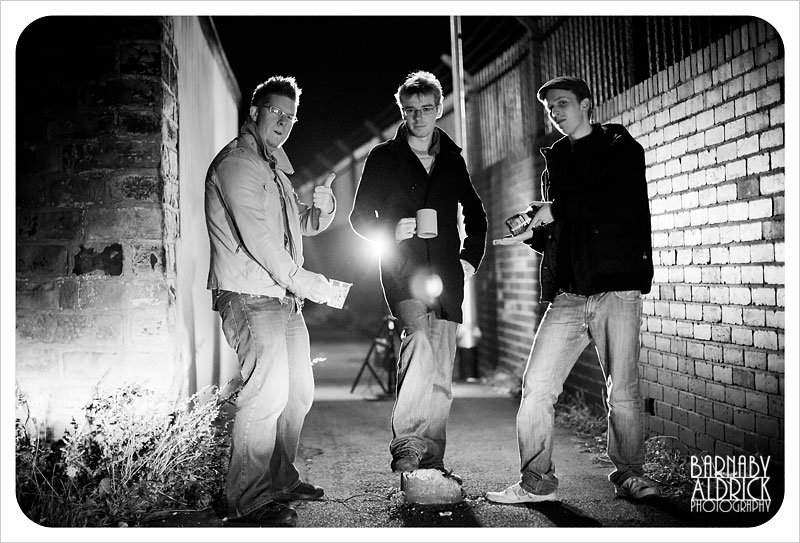 Aiden, the LEGEND, brought a flask full of coffee and a bag of skips for each of us!  I love a brew and crisps are quite possibly my favourite food! 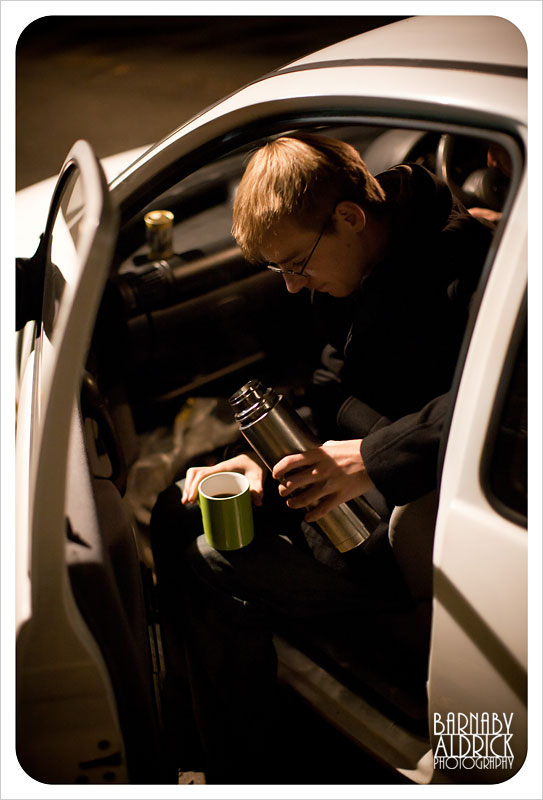 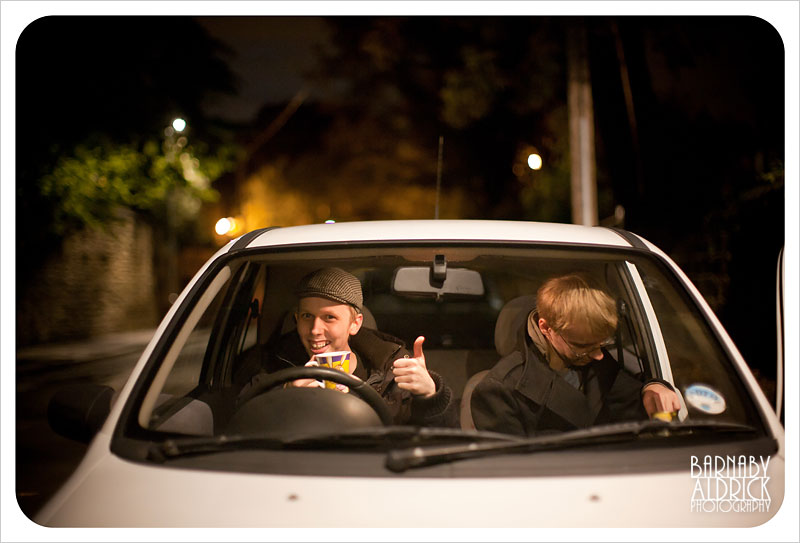 Coffee for the win. 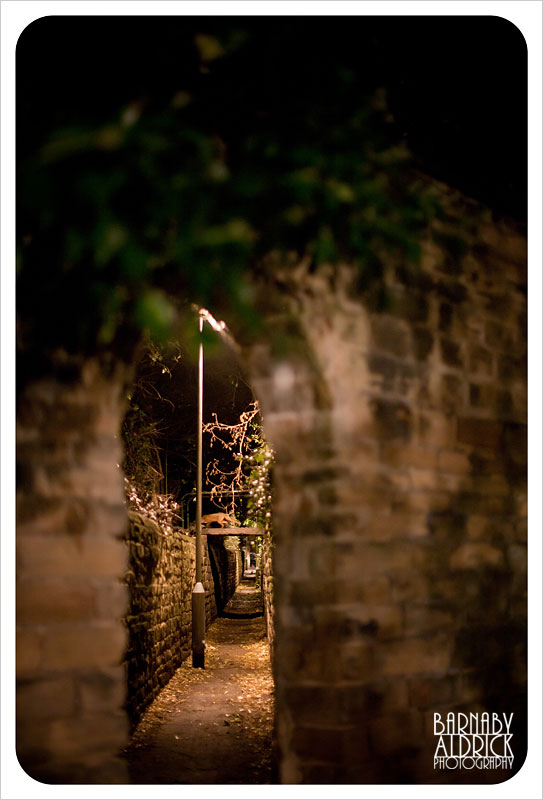 The next spot we stopped at I caught a fox running over a bridge down this ace little alley!

Foxes are cool.  I wish I could train one and it be my bitch.  But apparently they’re 100% untrainable. 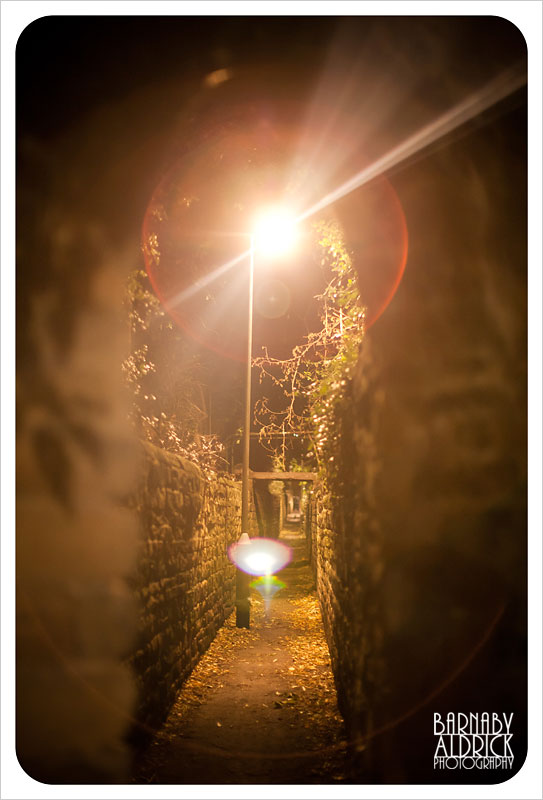 I had a little with the flare in the alley 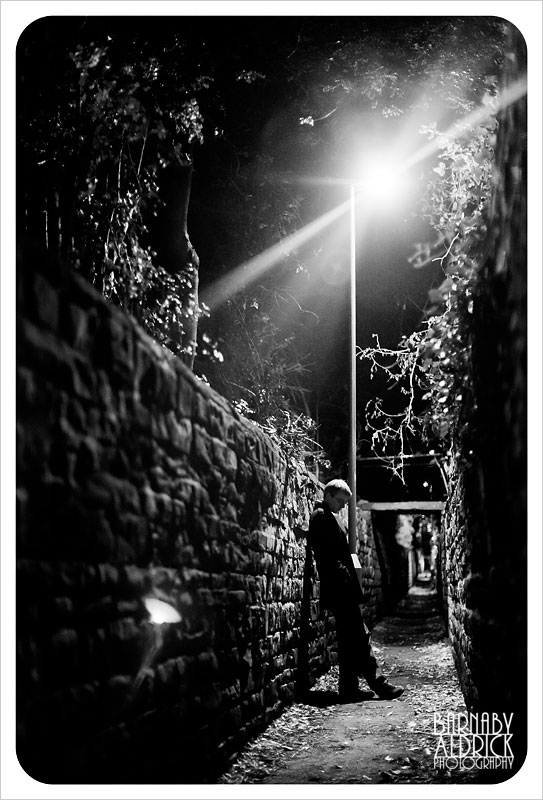 and liked the idea of the film noir type scene of some shady private eye looking for clues under a street light.

It’s all about getting out there and shooting for fun.