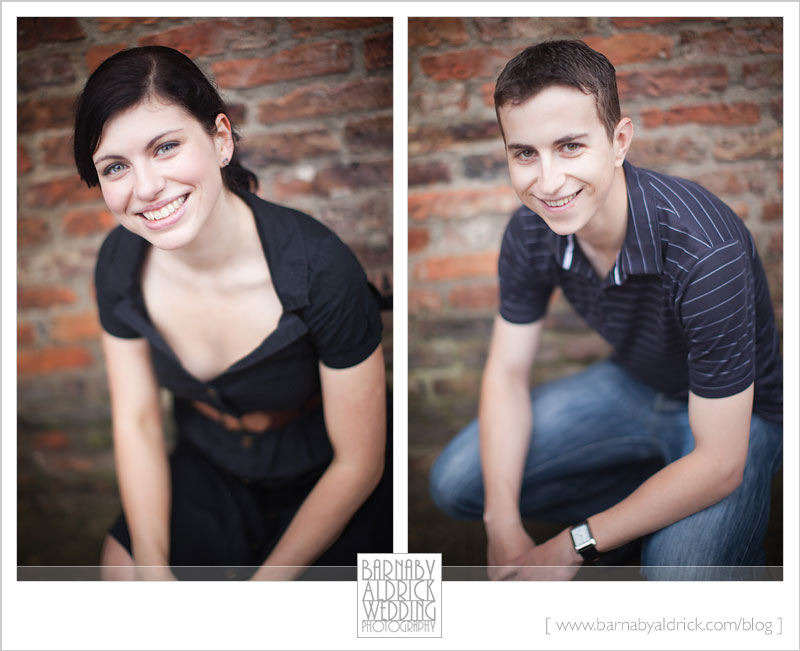 Last week I joined Hannah & John for their pre-wedding meeting to talk through their  wedding and squeeze off a few practice pics. 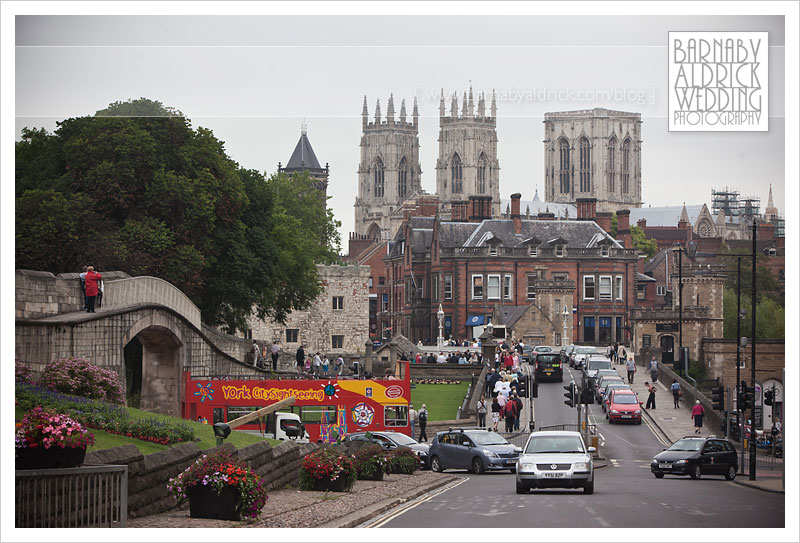 It was a drizzly overcast “summer’s day”, but York was looking splendid as ever.

It’s not hard to see why there’s a constant flood of tourists year-round. 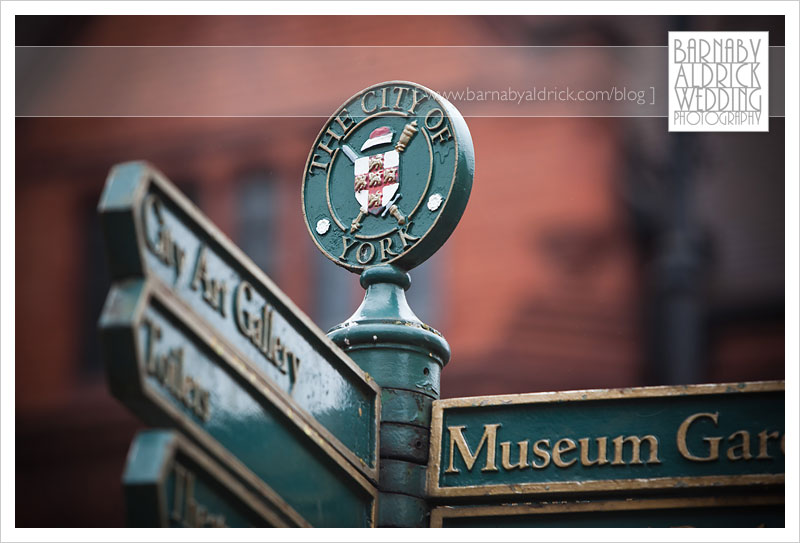 A little detail I spotted on the walk from the station to their venue. 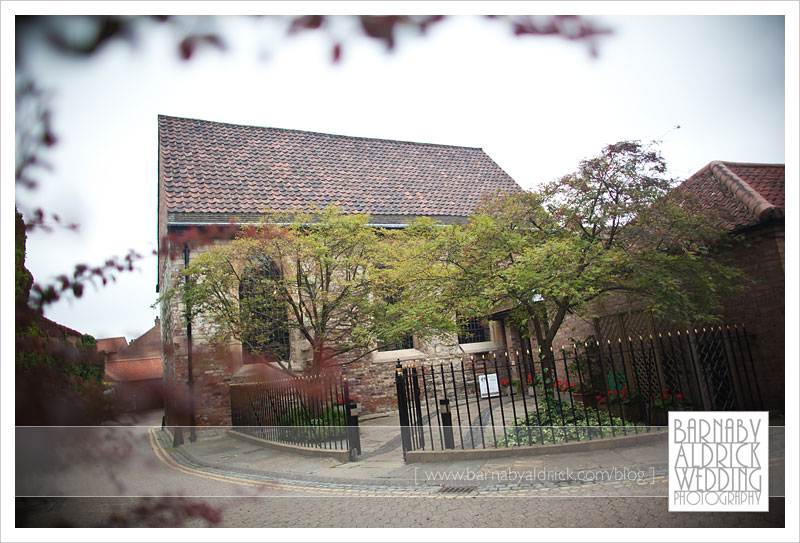 They’re hosting their wedding ceremony in a restored 14th century gem called Bedern Hall, nestled away in the back streets of York. 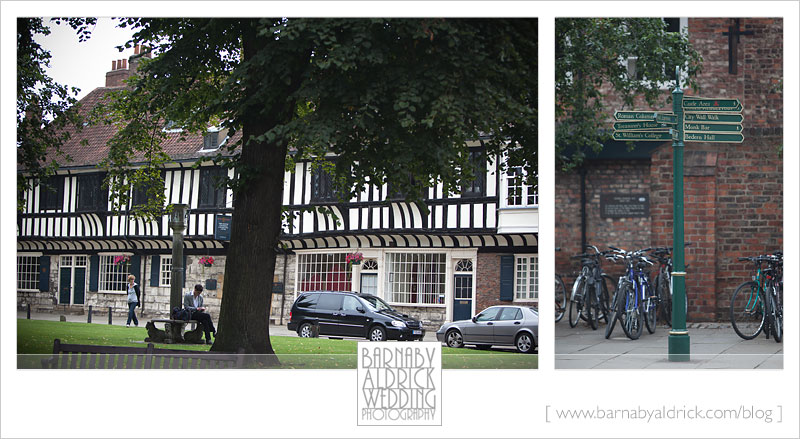 Pretty much over the road is where they’ll be holding their afternoon reception at St William’s College.  Another impressively old York building, it was founded in 1461 as a home for the Chantry Priests and named after St. William, Archbishop of York in 1154. 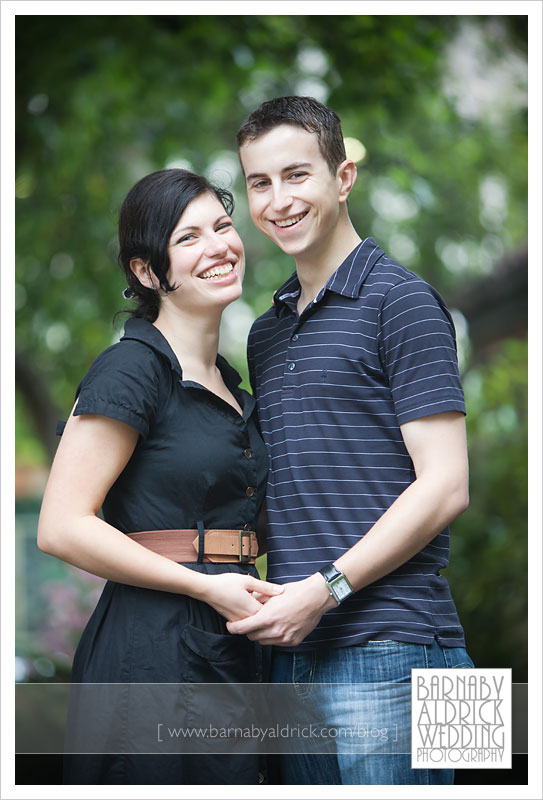 Just on the grass opposite St William’s, in the light drizzle, we caught this snap of Hannah & John.  I reckon it’s my fave of the day! 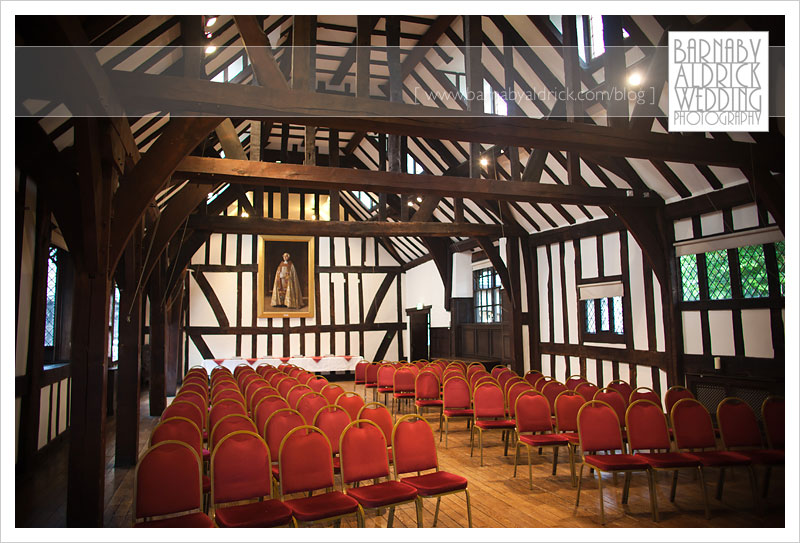 As always, I had a good nosey round the wedding venues to familiarise myself with locations ahead of the big day.

[Plus I love that they’re painted white inbetween, cos those entirely wooden ceilings just soak up any bounced flash, and leave the ol’ flashgun wheezing and whining!] 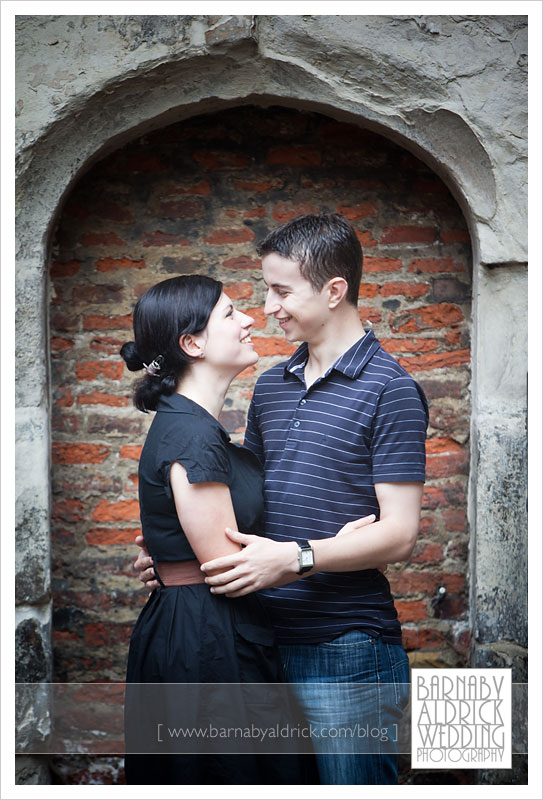 Then kicked off the practice portrait shoot, beginning in the St William’s courtyard 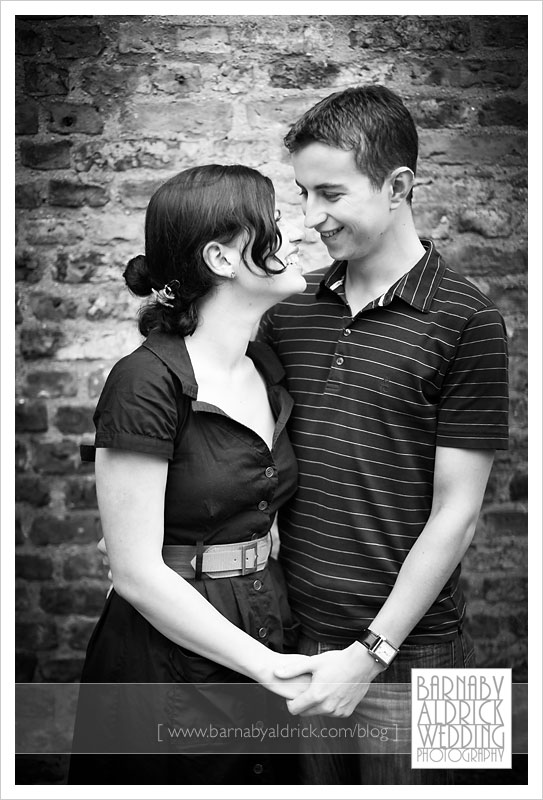 There were loads of little spots of ace background to shoot in front of, but I always say, it’s not about grand backgrounds, but relaxed couples, so the shoot is an experience for them to see how it feels in front of the camera. 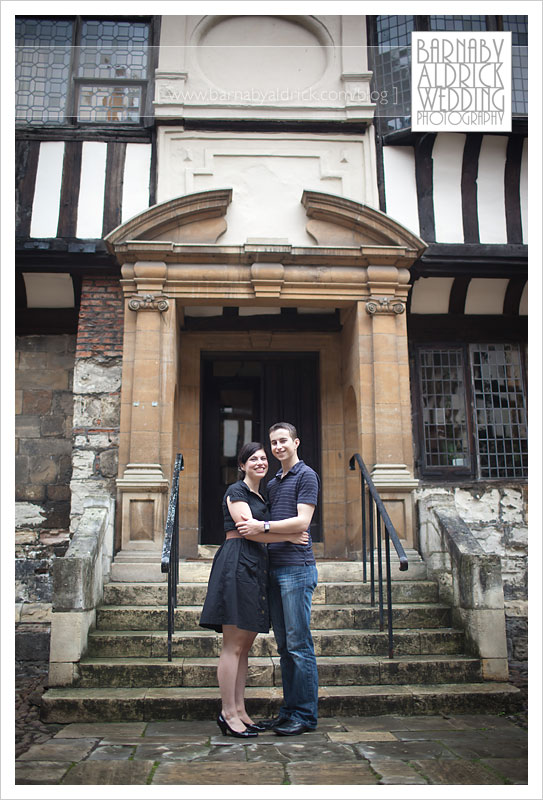 Some couples are super comfortable, some expect to be and aren’t, some just aren’t and some realise it can be great fun and might have missed a career as a model! 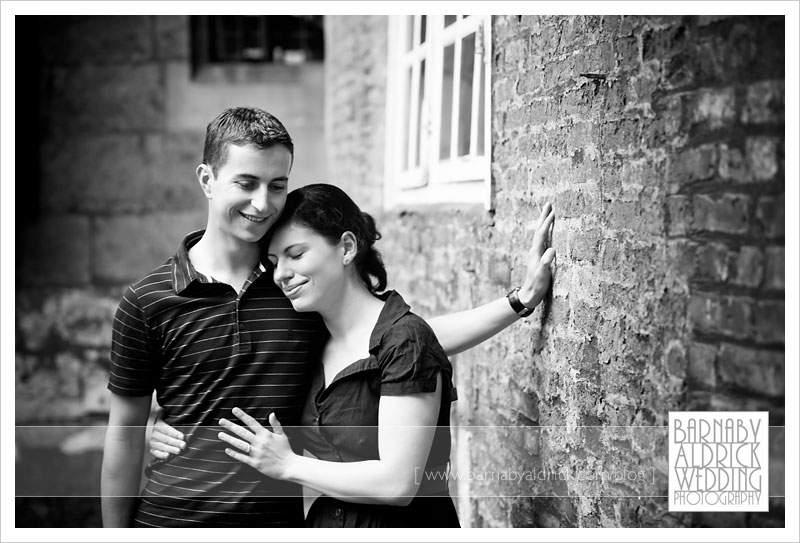 These two were just right.  Relaxed, fun-spirited and comfortable with each other, which is what I try to show in the images. 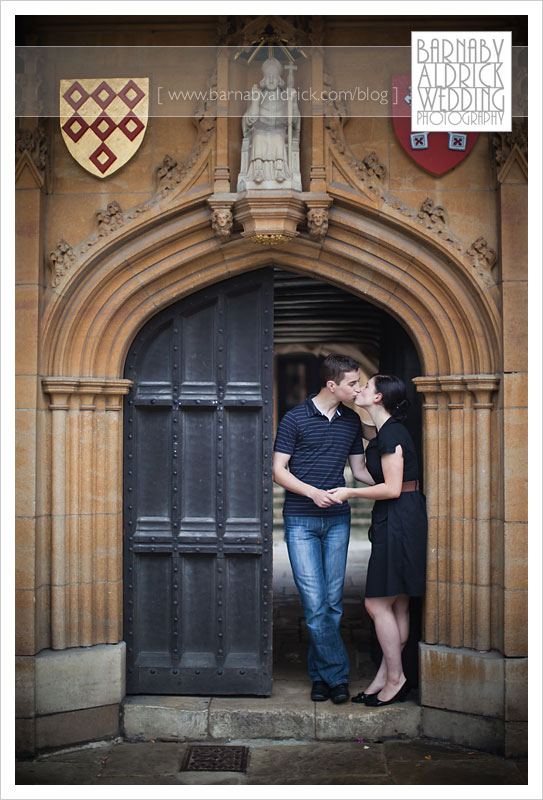 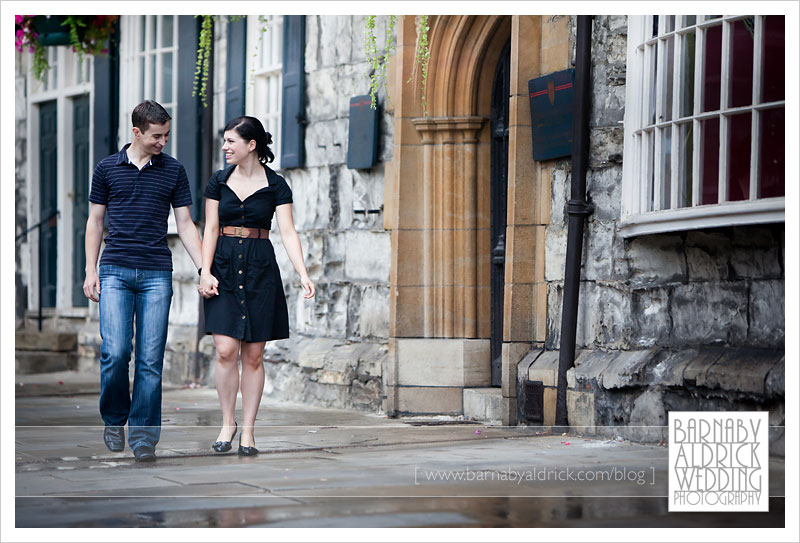 Then out of the secure confines of the college, we set off out into York! 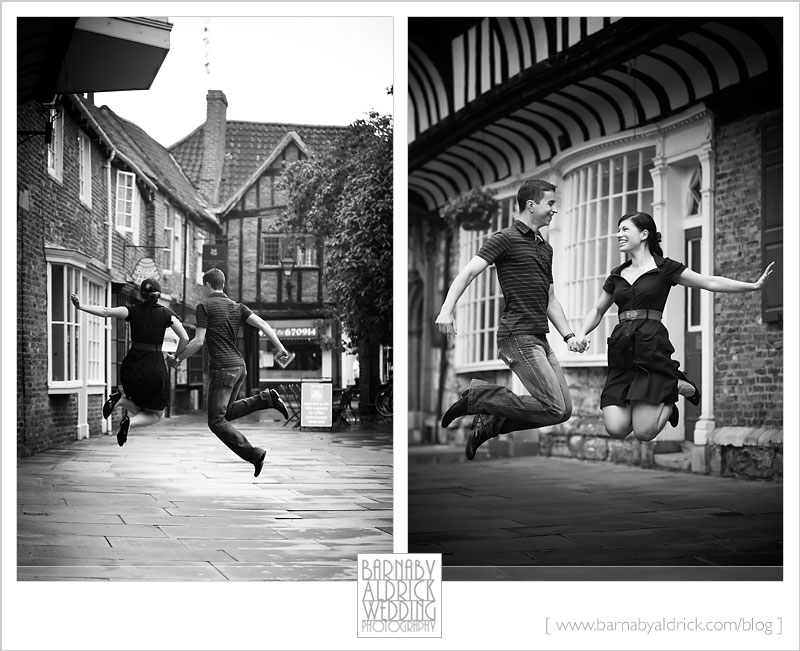 I even persuaded them to do a little jump! 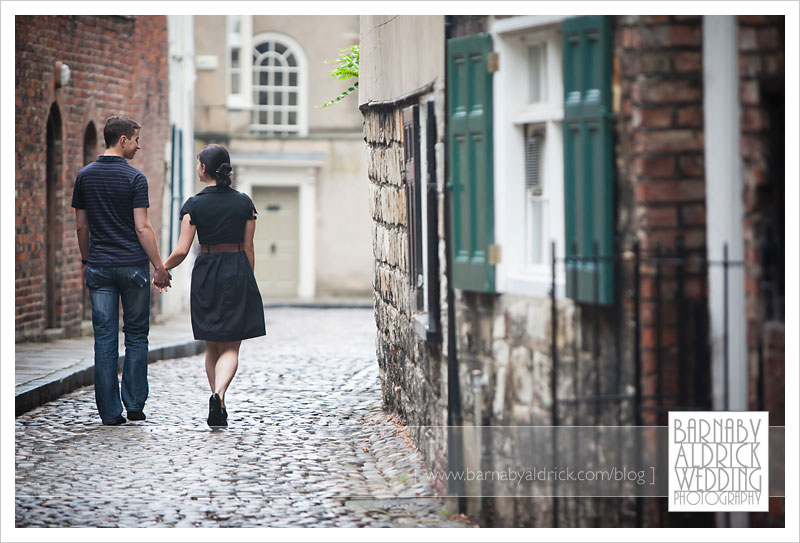 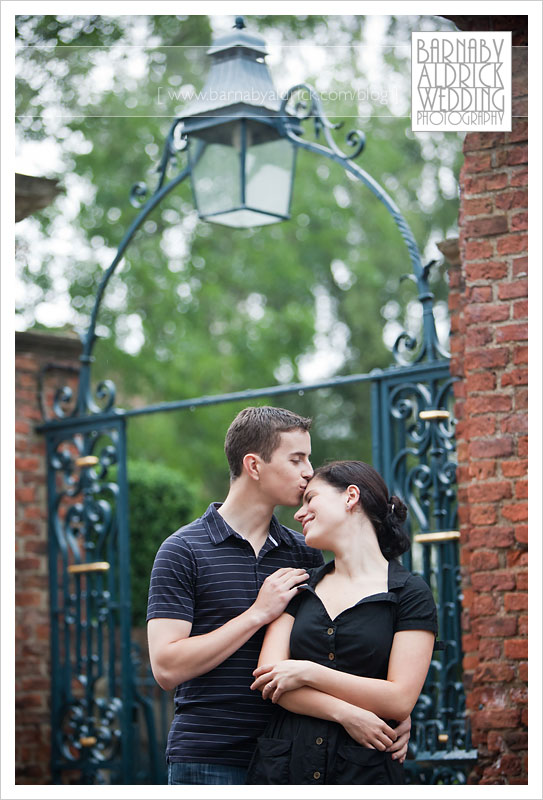 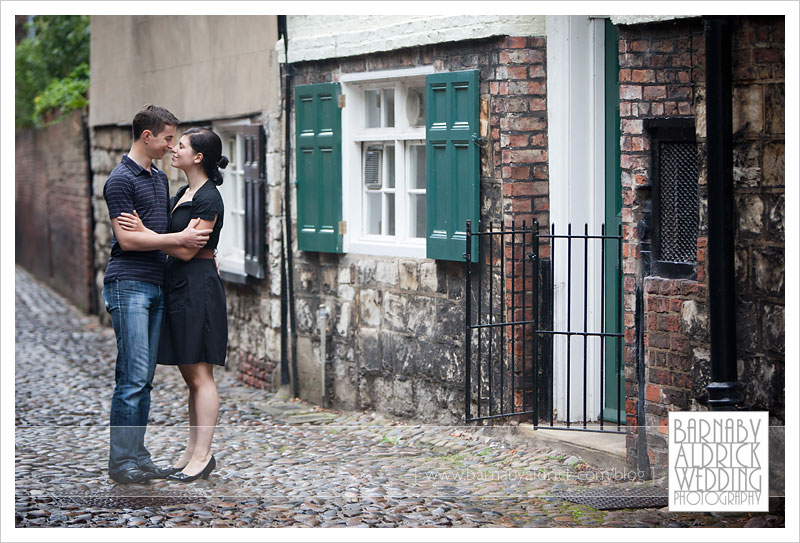 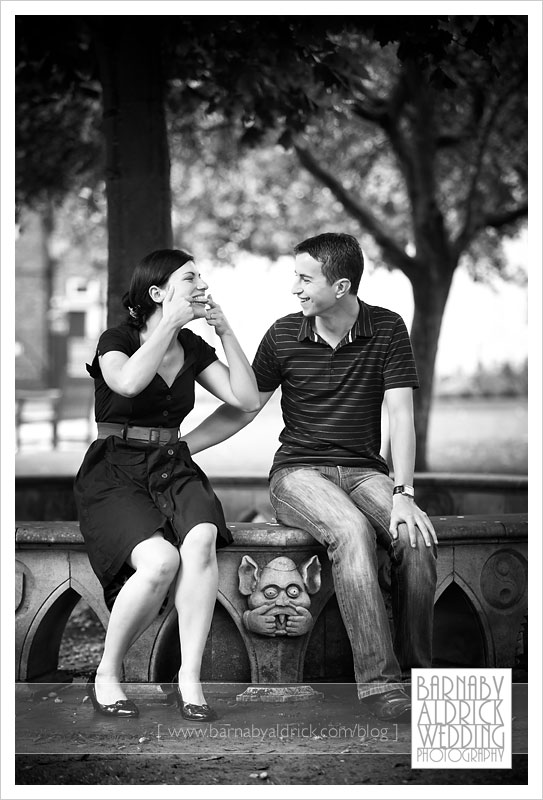 Out in the Dean’s Park by the minster we found this little gargoyle, which inspired Hannah to do a bit of face pulling! 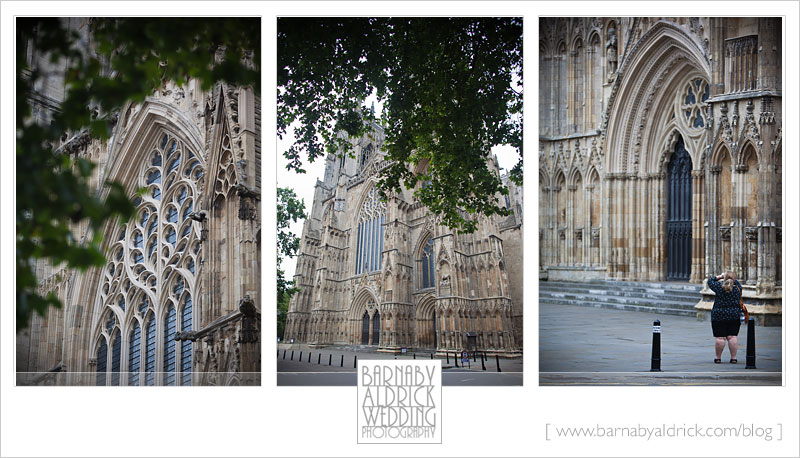 York Minster is an ace building.  Silly big and covered in ridiculous detail. 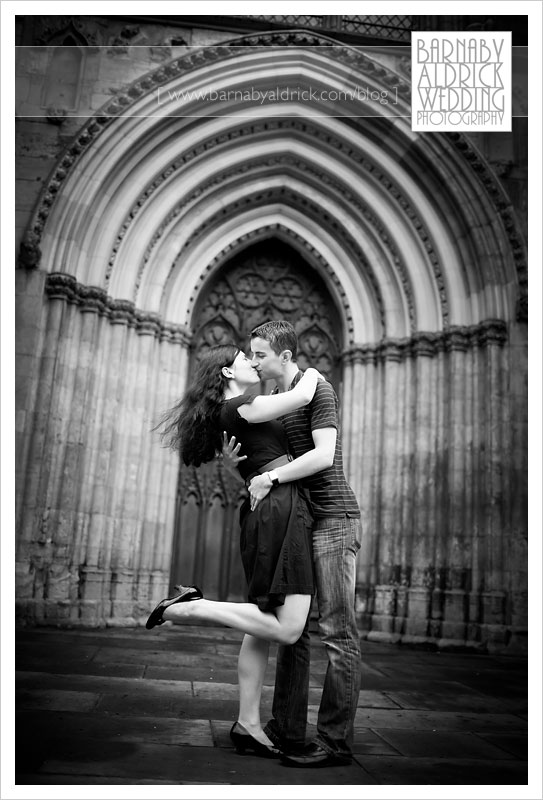 Hannah had a picture in her super organised folder of a couple outside this York Minster doorway, and asked if we could possibly have a crack at replicating it.  Might pop back and do it on their big day too, if they’re game! 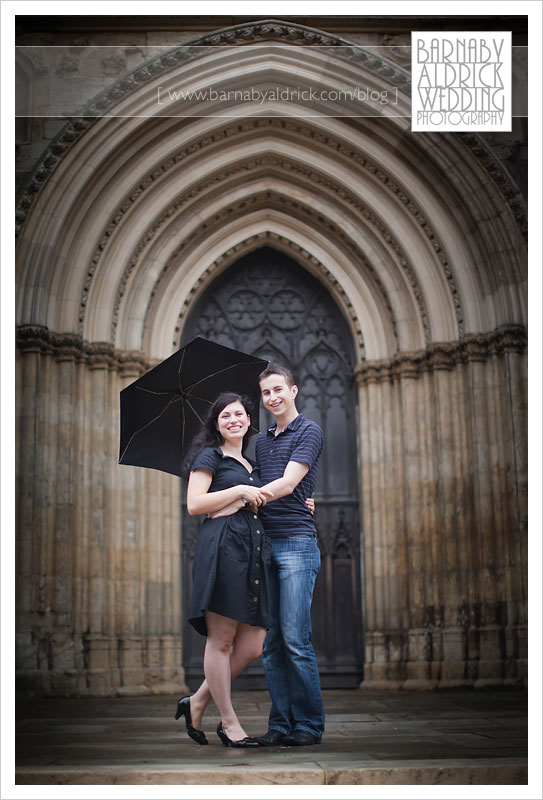 It was generally a bit drizzly, but I rather like it with the brolly.

In this country, I say embrace the weather! 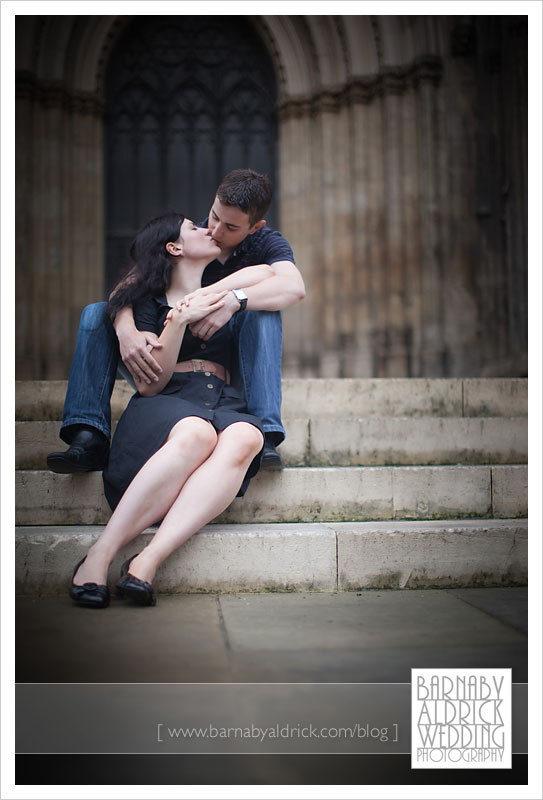 This is one shot at f1.2 on my 50mm lens.  Hitting focus is a gamble at the best of times, but I wasn’t even looking for this one.  I held it close to the floor and squeezed a few and this this shot is just delightful. 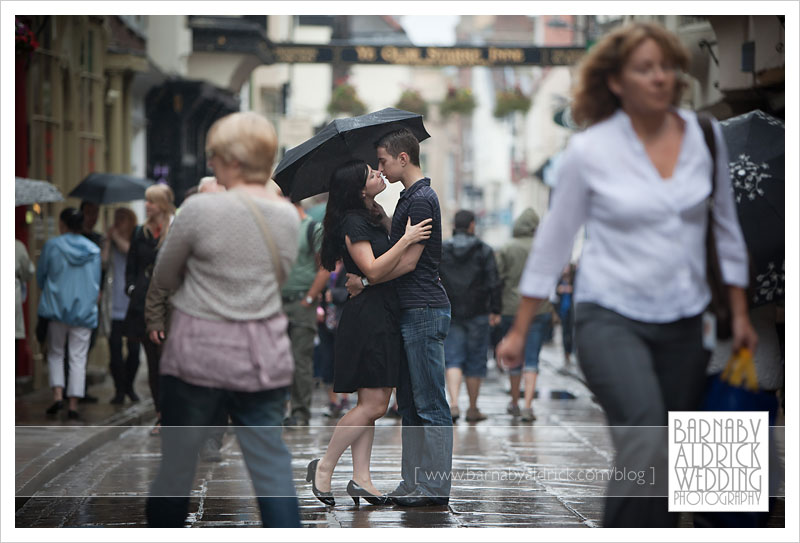 With more than enough hits in the can, we headed back to where we started, but I thought it’d be cool to shoot our couple having a snog on a busy York St, and I like how these came out, with everyone bustling round them and them just about to embrace. 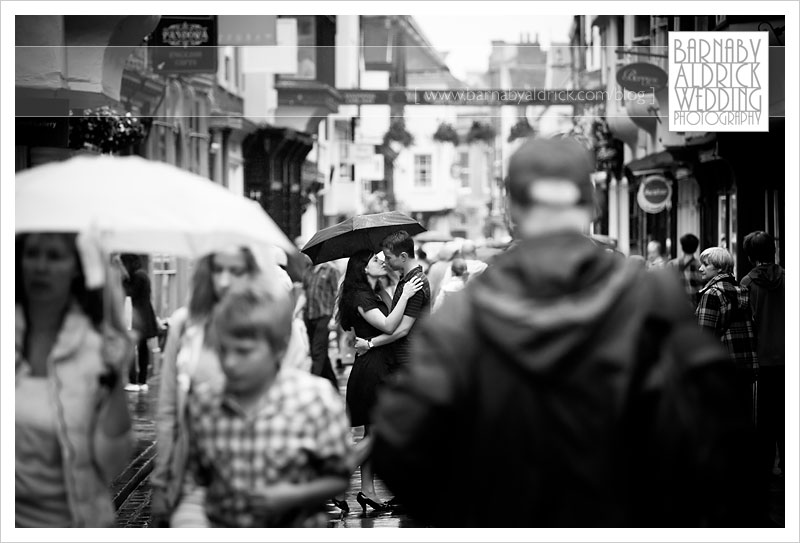 Same with this one.  They remind me of some old 20s film in a station.

I’m really looking forward to joining these two later this month for their Olde York wedding.

It’s gonna be great fun in a city full of amazing historic details!