Stumbling around on’t internet I happened upon a gallery of images by a chap called Cedric Delsaux.

…it took me a moment to spot the significance. 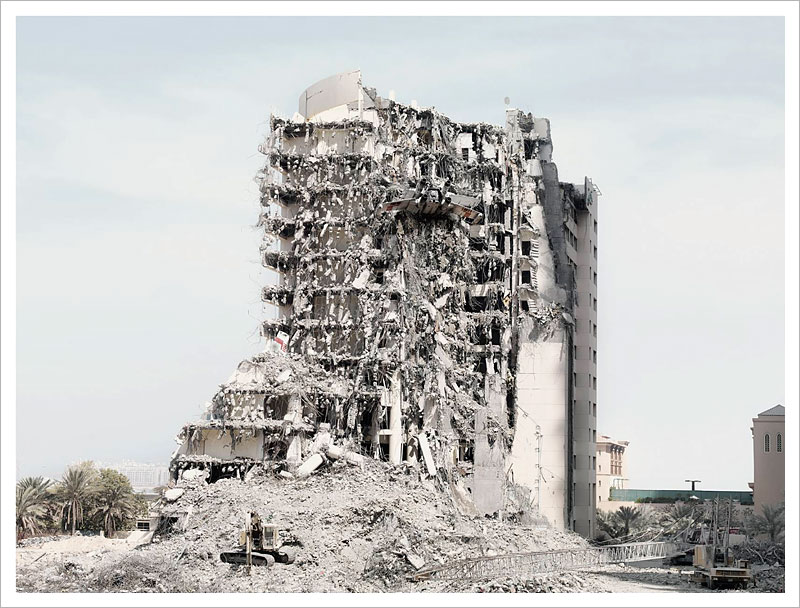 Cedric Delsaux is a stunning French photographer with a wryly amusing take on life. He’s recently created a series called The Dark Lens, where he’s photographed ordinary daily scenes and added a touch of the Star Wars universe.

I love how adding a crashed X-Wing fighter (geek alert!) into the demolition/wartorn building, giving it a sense of stupidity. 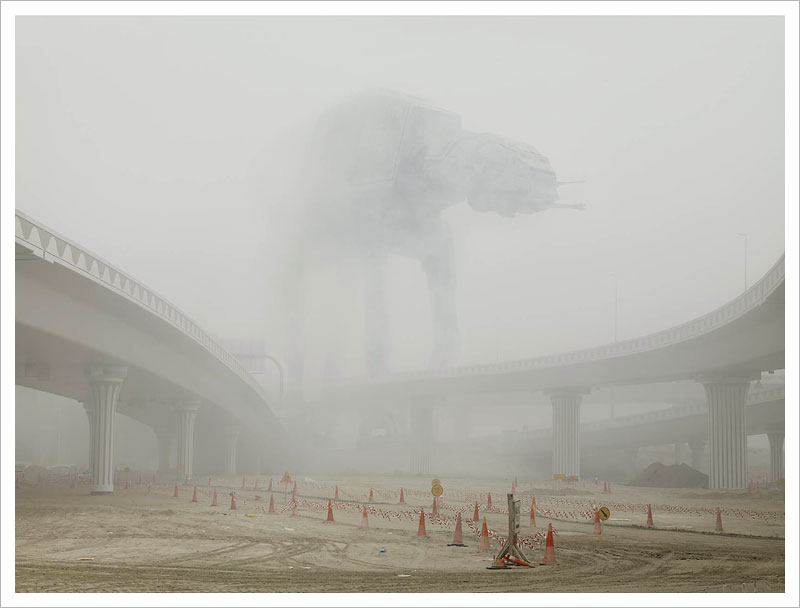 I always wanted one of these imperial AT-ATs. Thought I reckon they’d be pretty slow off the lights and a git to park. 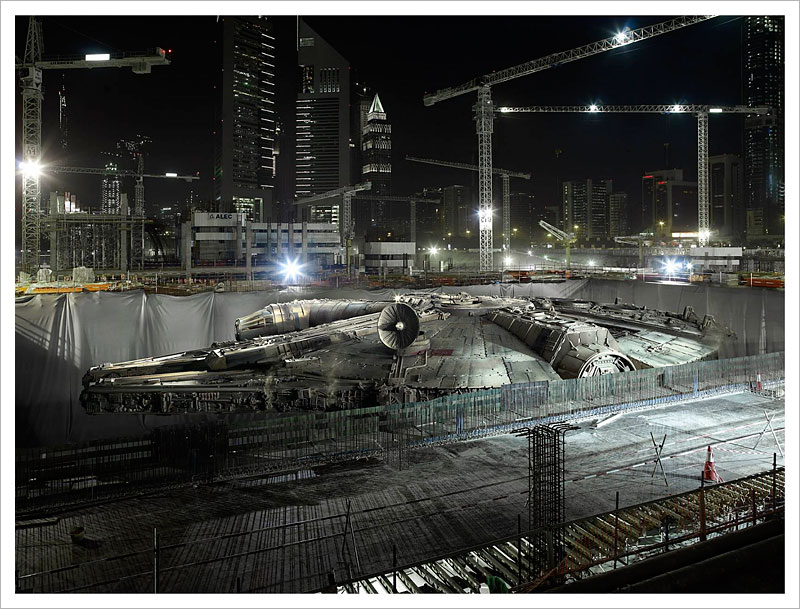 Everyone loves the Falcon.  Word is it made point 5 past lightspeed 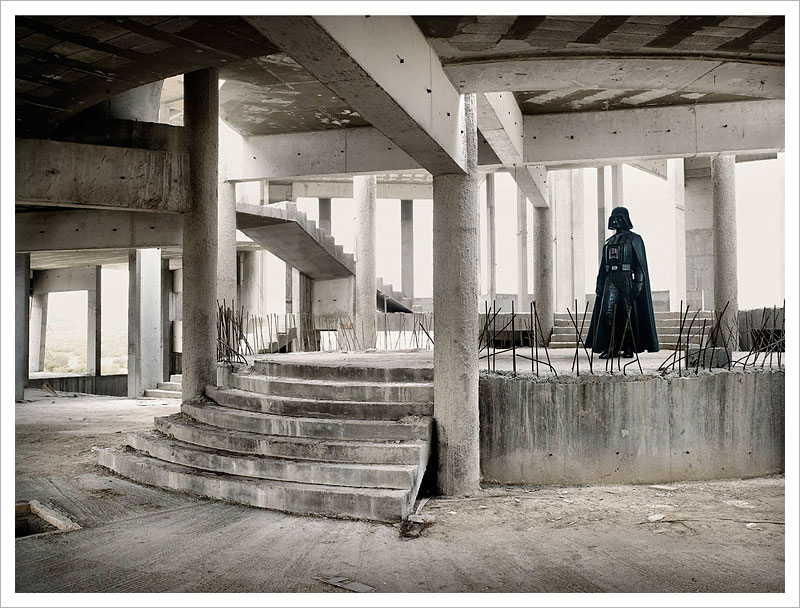 I love this one.

By adding the Dark Lord to a dull photo of a semi finished apartment block I’m there imagining him dreaming up interior design ideas.

cue mechanical breathing “if I paint the roof a light grey, it’ll really open up this place. I must remember to put railings over all the long drops.” 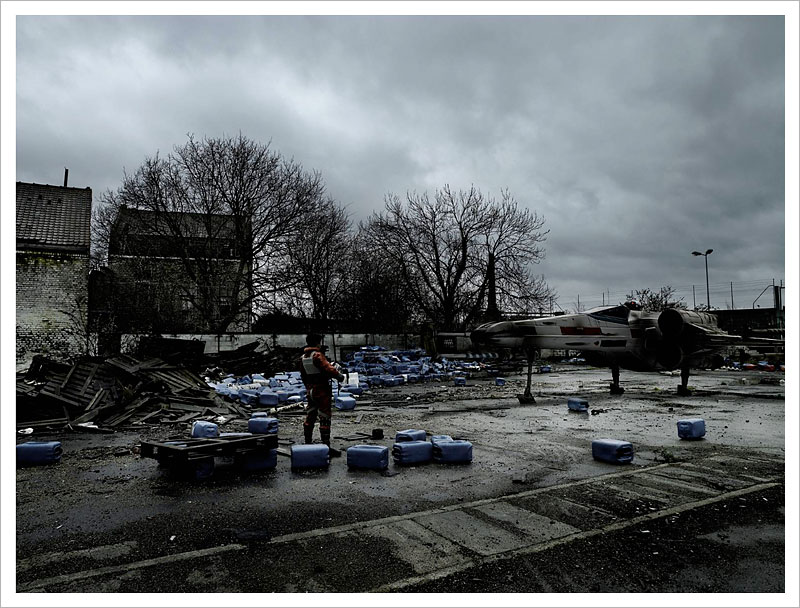 Don’t you hate it when your R-unit’s Sat Nav goes haywire and you end up in Armley instead of Alderon. 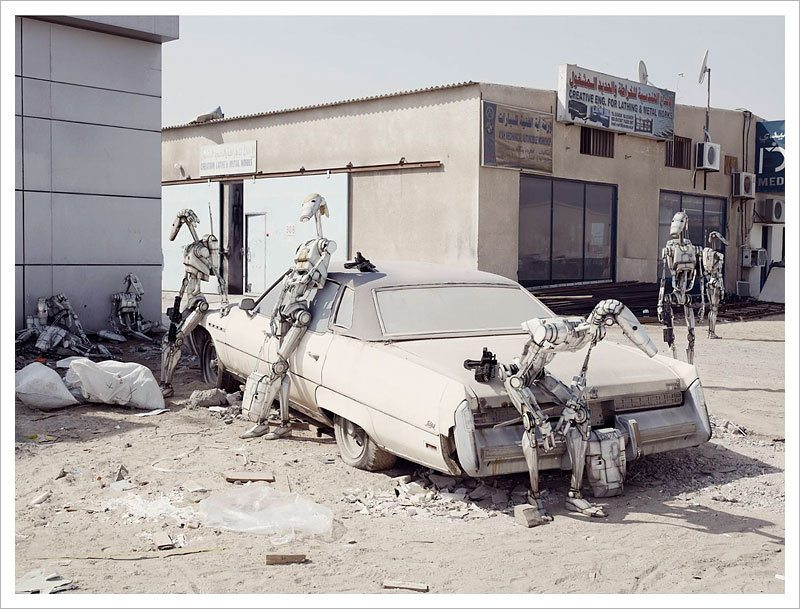 I love the idea that battle droids take five on the Buick after a tough shift. 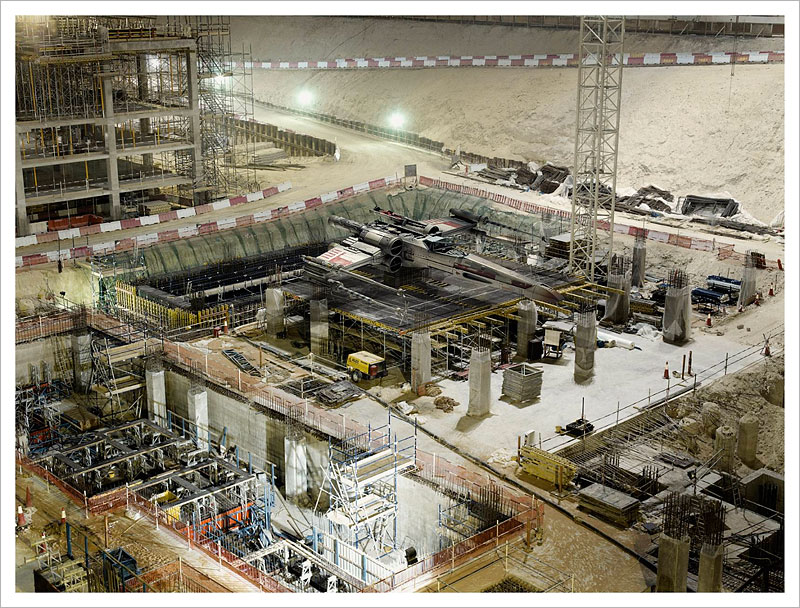 It takes a special kind of mind to see a building site, churn it up & spit this out.

Some of them look like really clever compositing, some model work, and some just a man with expensive fancy dress & geeky pals. 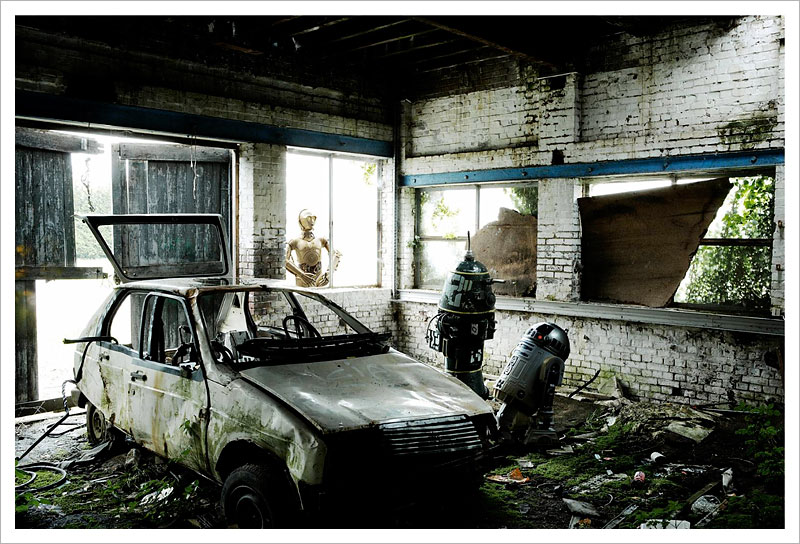 R2 loves those old Citroens. C3PO generally has a bad feeling about them.

Mr Delsaux‘s work is on display at the Acte2 Gallery in Paris.  If you’re knocking round 41 Rue D’Artois any time soon, drop in for a nosey.