It’s been a busy week at BAWP HQ, generally getting on top of admin, tweaking my official Barnaby Aldrick Wedding Photography site & brainstorming the upcoming 3B Media site with Phil & Rob.  But one shoot of interest this week was a food shoot for White Rose Caterers, out in Silsden, in deepest Yorkshire… 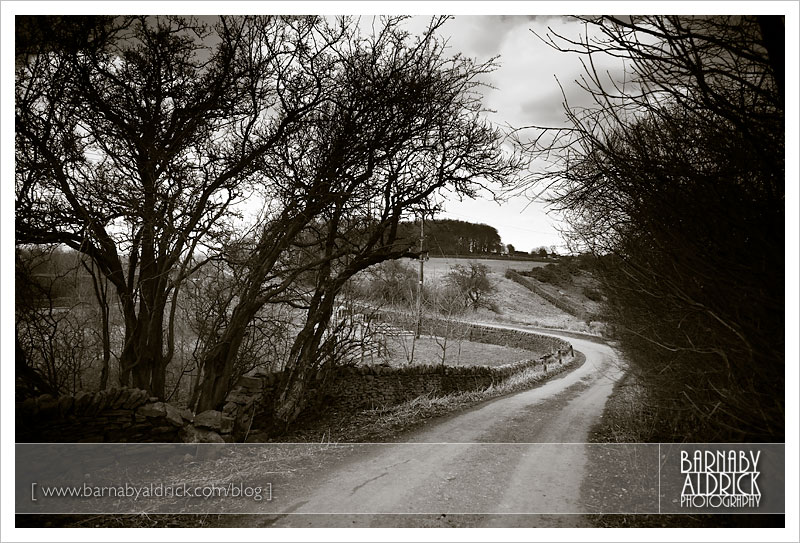 It was a beautiful springy day (more so than the processing on the above image would lead you to believe), and I had the top down on the MG, burning down the kind of country lanes that make you suspicious of SatNav.

You know, the kind of roads that get progressively smaller and muddier and end abruptly at a chained gate. 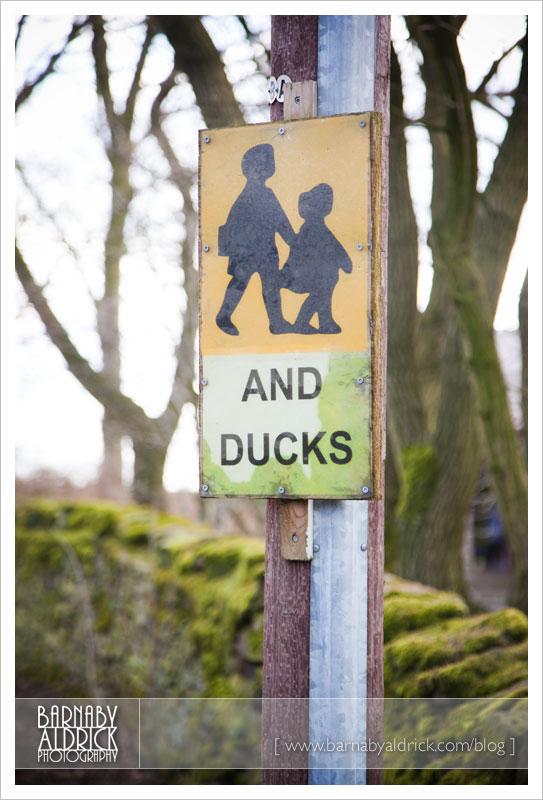 You know you’re in the middle of nowhere when you see signs like this.

After literally driving across a field, I found Helen & Duncan in their Silden kitchen stacked with exciting foodstuffs & bubbling pans. I met them when they catered for the wedding of Clare & Paul last year (blog post here).  It was particularly nice that they let us eat the same grub as the guests, instead of delivering a food-window dried ham sandwich as a bit of a post-service afterthought. As a thank you I photographed the wedding food before we demolished it and sent them their way.  This year they asked me back to photograph some clean, bright images for their website.  It’s funny how backs are scratched isn’t it?

Anyhoos – they genuinely do combine stylish, imaginative food and have a chefy attention to detail. If you’re having a wedding event where you can bring in your own catering, they’re a personable operator delivering a memorable experience for events large or small.  Contact Duncan or Helen on 01274 772 676 or through their site here. 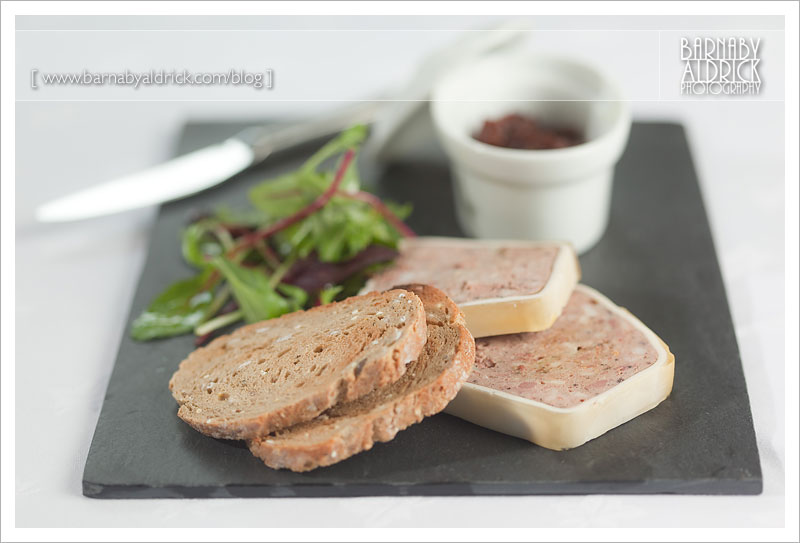 Fortunately, I’d had a big lunch beforehand so not to get distracted by hunger, cos shooting food hungry is like shopping starving.  A bad idea. 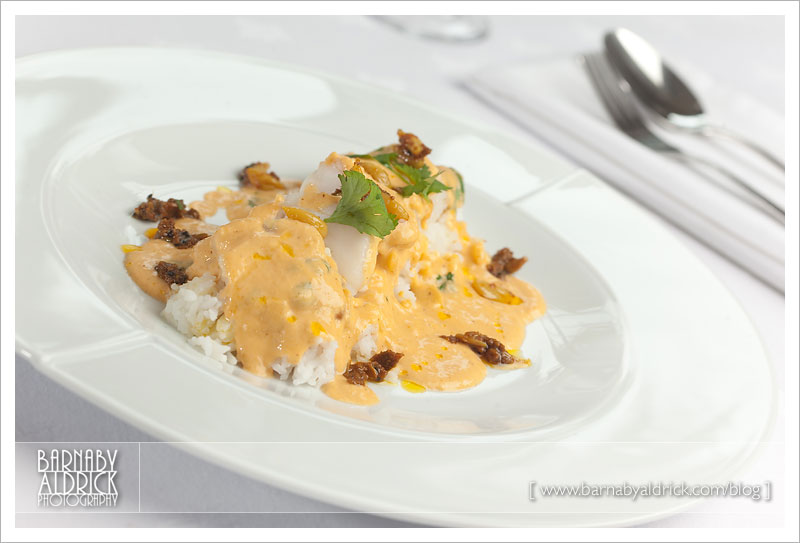 For the geeks – apologies, but I forgot to step back and show the flashhead setup –  but I was shoot everything with my two Quadra mobile flashheads, one to camera right inside a big ol’ softbox, one to camera left on 33% power with a honeycomb grid to add a gentle rim light.  There was also a large window straight behind, so in the above show I brought down the shutter & aperture to allow the window to reflect off the plate. 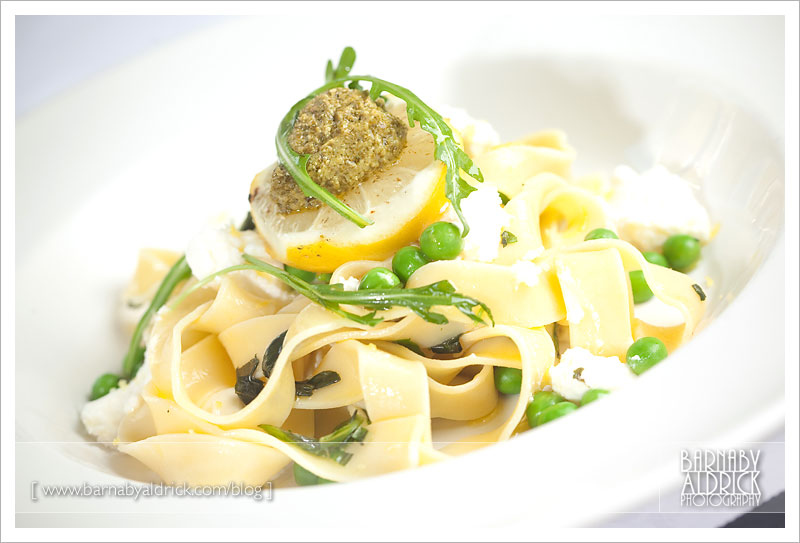 Generally, it was a meat shot, but we had a token addition for the veggies. 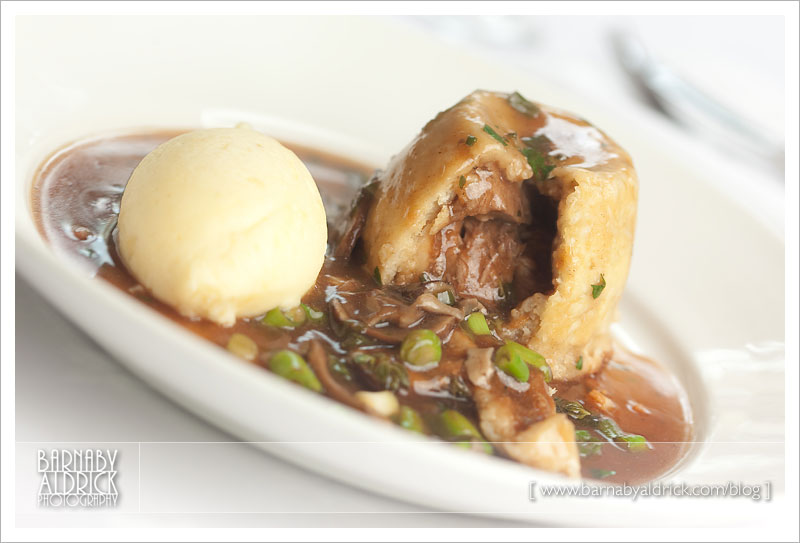 Meat pudding! I also learnt how to ‘hot spoon’ mash into these fun ice-cream style scoops 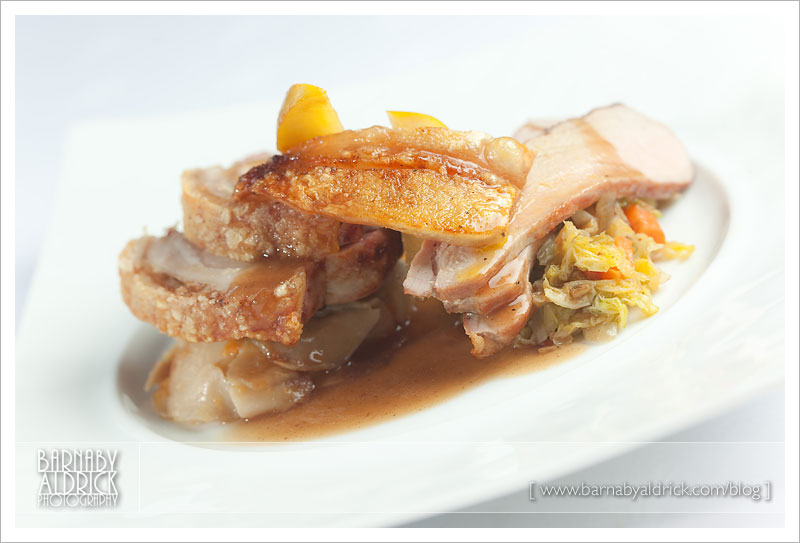 This bad boy came home with me. Mmmm, crackling. 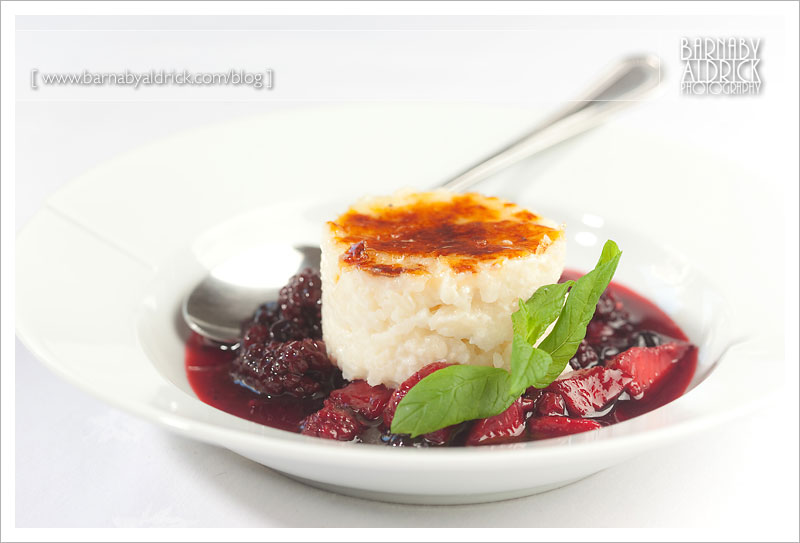 Creamed rice with a creme brulee top?  Someone thought this one through.  Lose the fruit ‘garnish’ & double the portion & I’m a happy bunny. 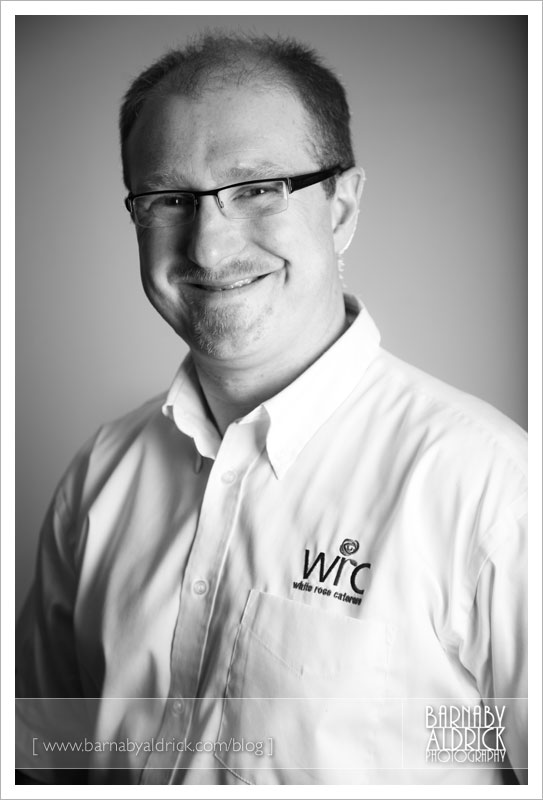 And cheers for letting me take some home.  I still think I should get a t-shirt saying ‘Will photograph for food’.