I’m a busy B at the moment, in the thick of wedding season.  As well as that I just moved house last week (hence a short-lived radio silence) and at the end of the week (on my only free weekend between May & August) threw a housewarming BBQ slash England Game slash fundraiser for a project I’m going on to Africa in 2 weeks (more on that soon).  There’s nothing like keeping yourself busy.

However, I’ve always been a believer in the ‘smell the roses while you can’ ethos of making time in your life, no matter how busy, for your life.

So after a Friday wedding across the Pennines a few weeks, Clare & I decided to stay over in the dales and take a few days r&r in the Dales. 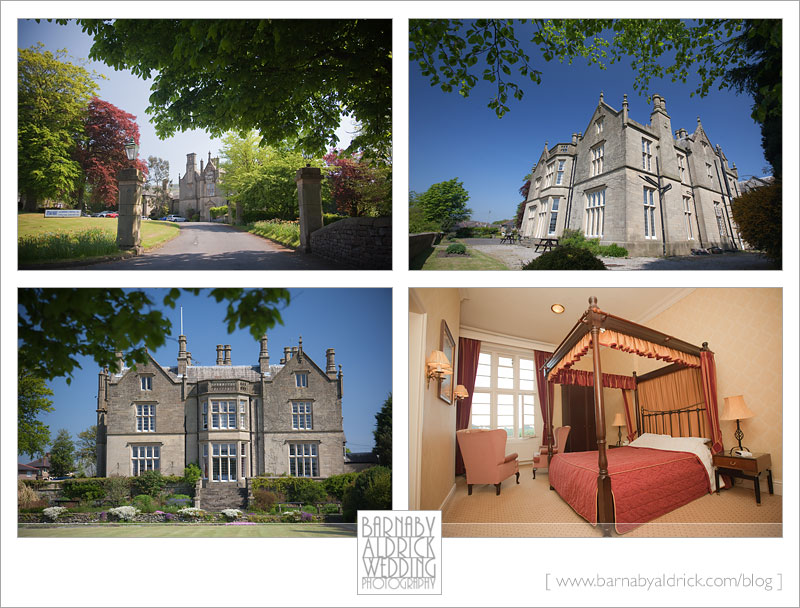 We booked into this cheeky little place – Falcon Manor – in Settle. 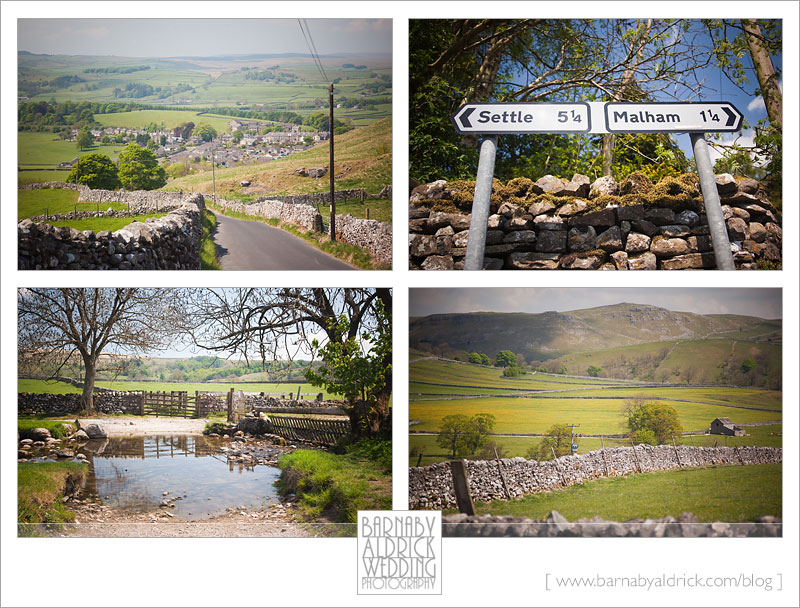 Clare’s never been to Malham, so over we went for a stomp around what I consider to the most beautiful Yorkshire Dales scenery. 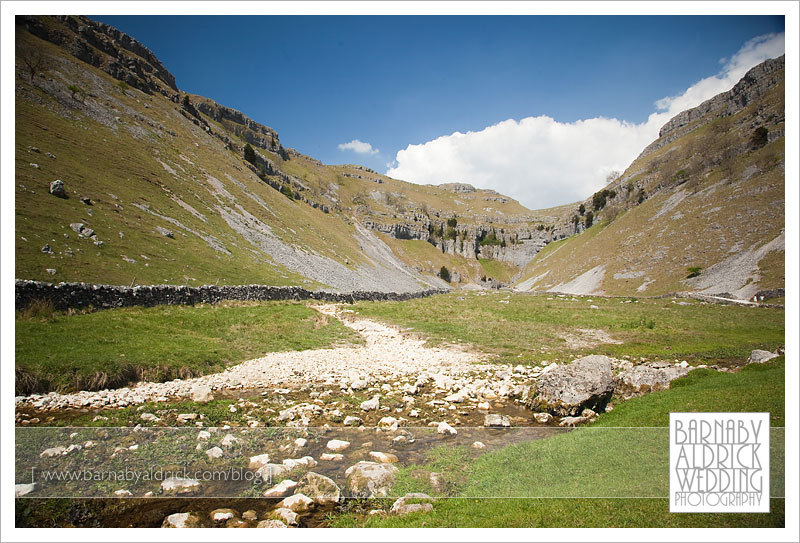 We couldn’t exactly complain about the weather. 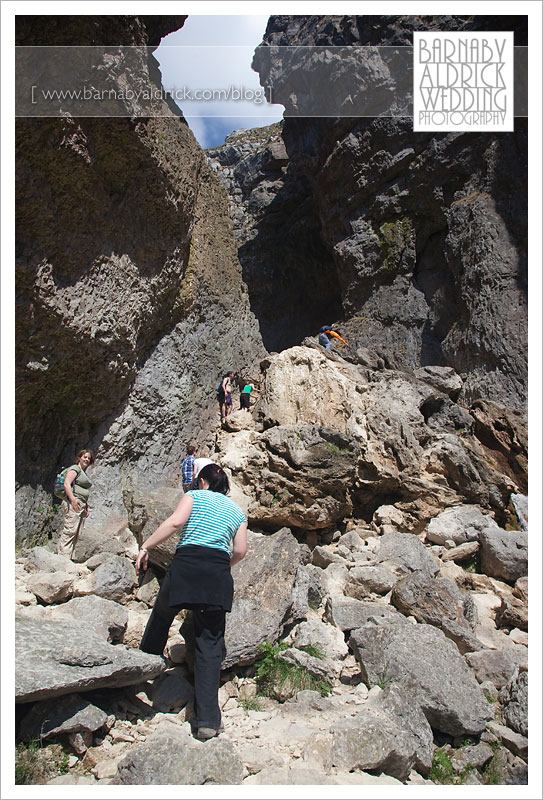 Though there was a tough climb up Gordale Scar, which looks easier than it is.

As we inspected people attempting it, freaking out and turning back, we buddied up with a random couple & egged one another through. 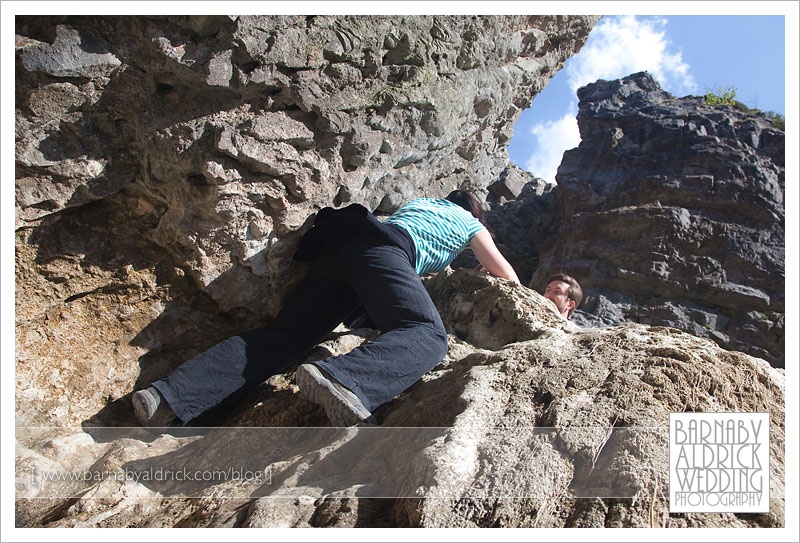 Apparently in winter there’s a waterfall down here, and nutters still go up it. 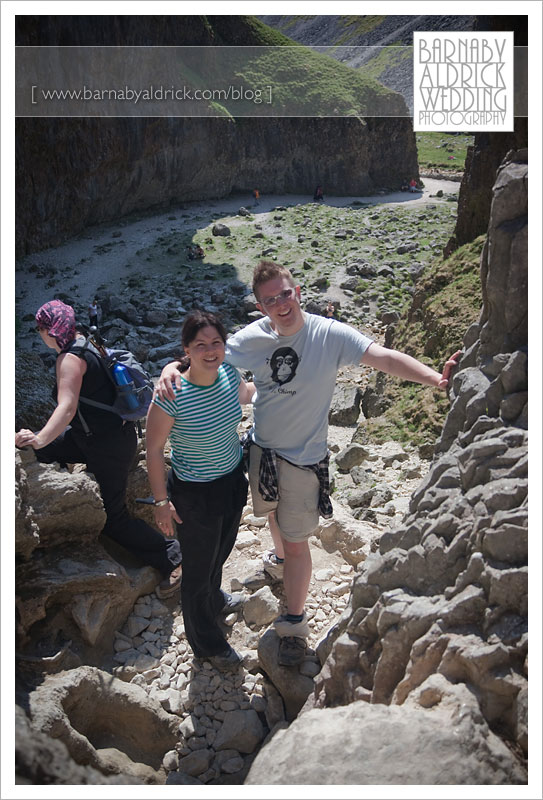 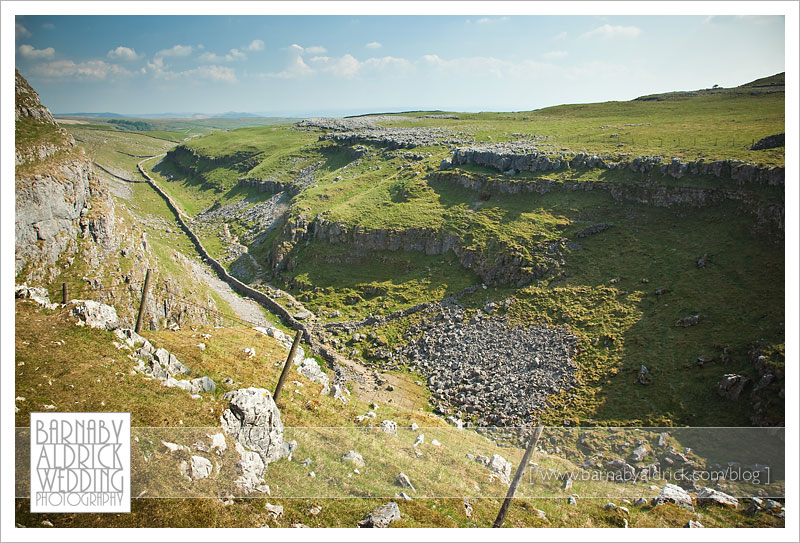 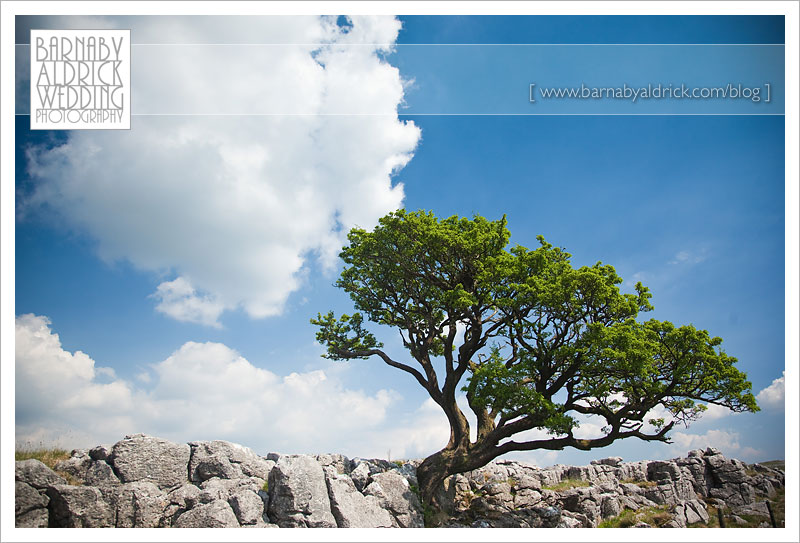 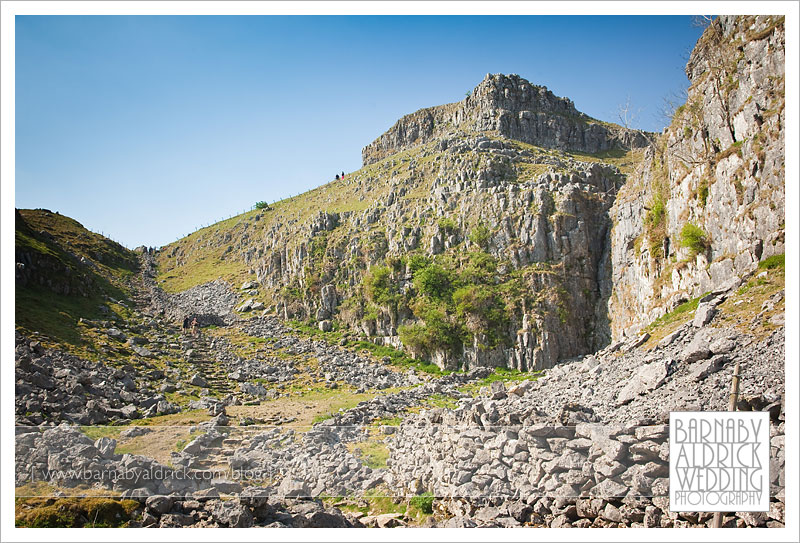 It’s hard not to imaging orcs riding wargs, bounding over the brow 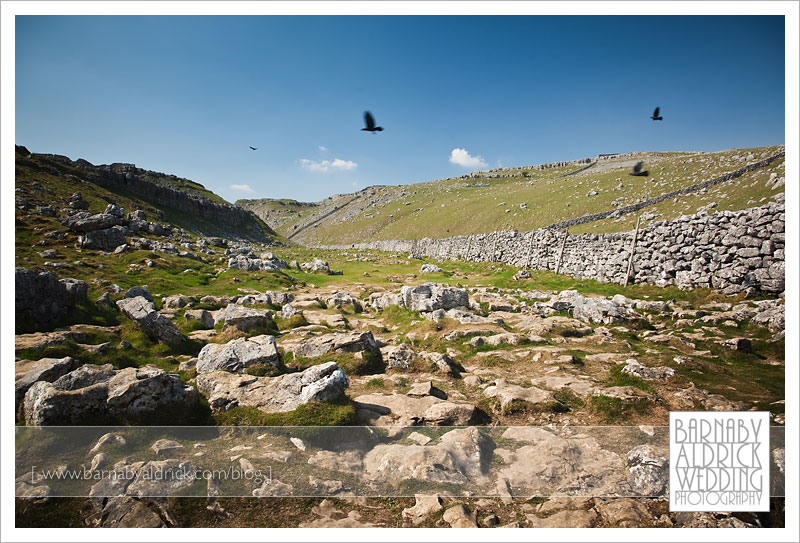 They are Spies of Sauron! His arm has grown long. 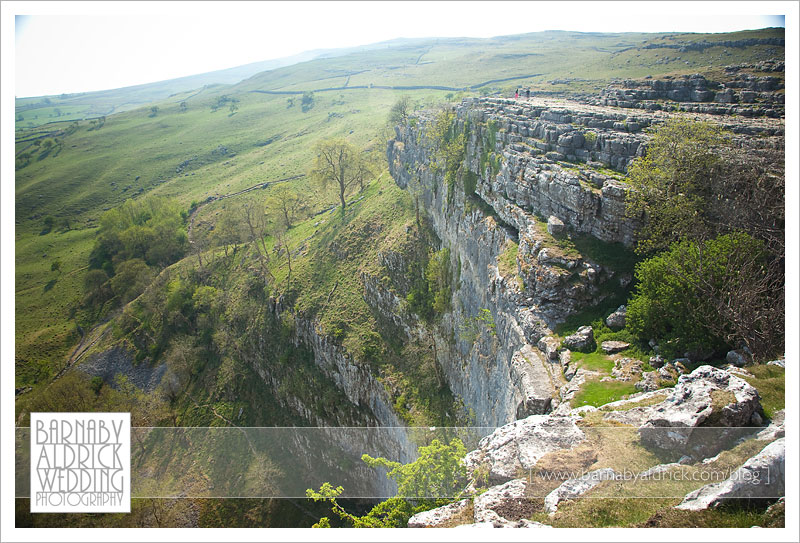 Finally, you come out on top of the immense limestone pavement called Malham Cove. 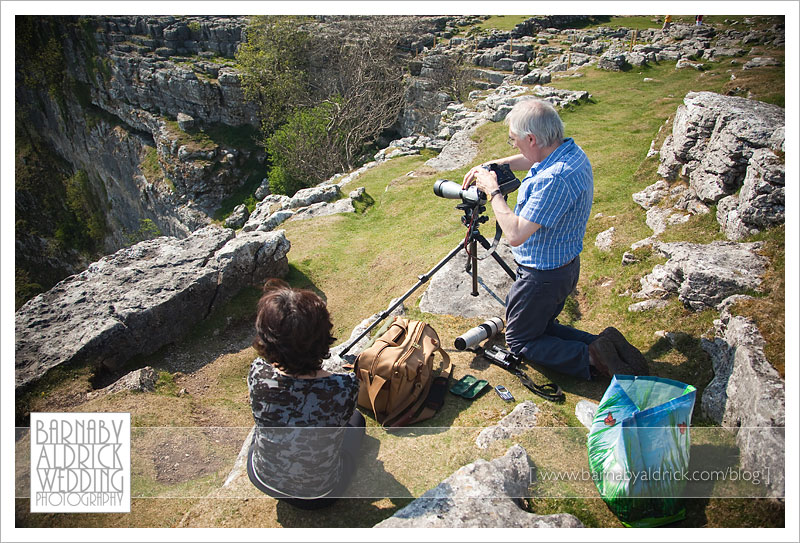 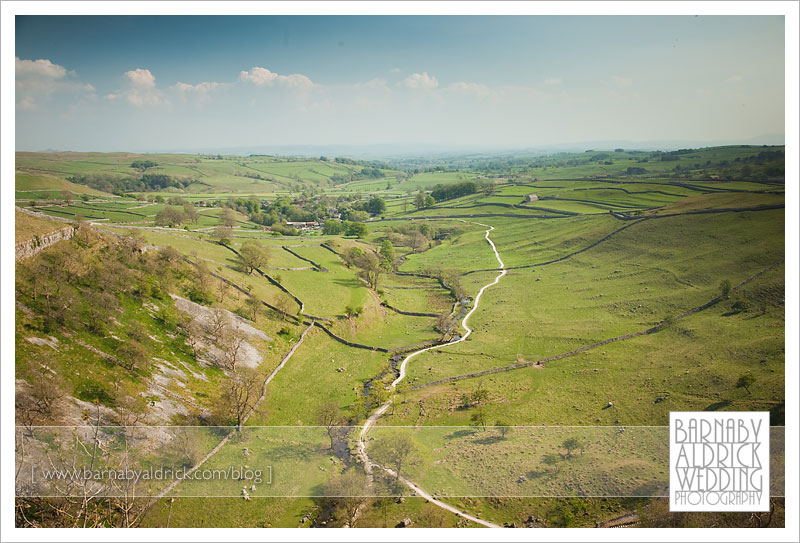 It doesn’t get more Yorkshire that that. 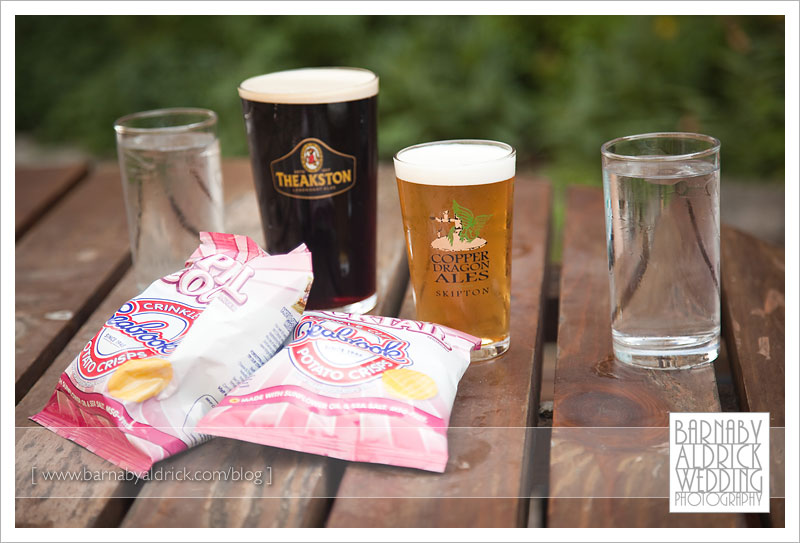 So back in Malham, after a good couple of hours stomping & only a calippo for sustenance, we rewarded ourselves before retiring back to the manor 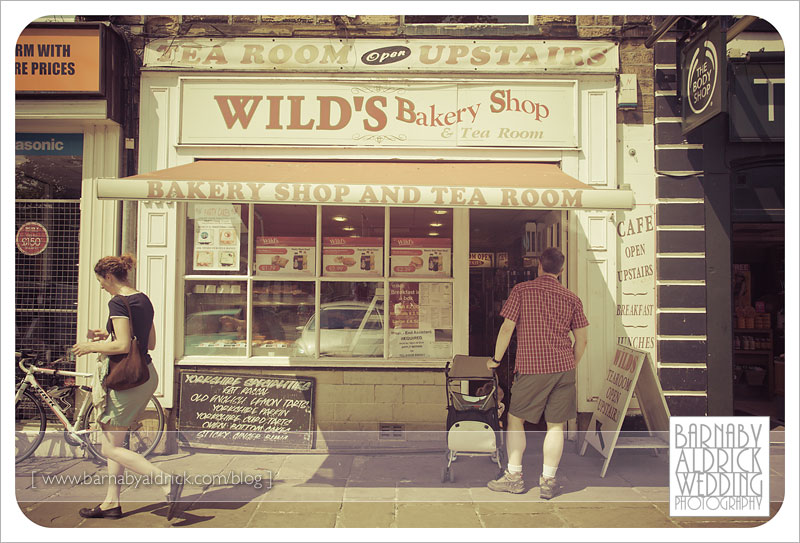 I think when things get super busy, it’s important to schedule in downtime, and the Dales in the sunshine ain’t a bad place to do that.