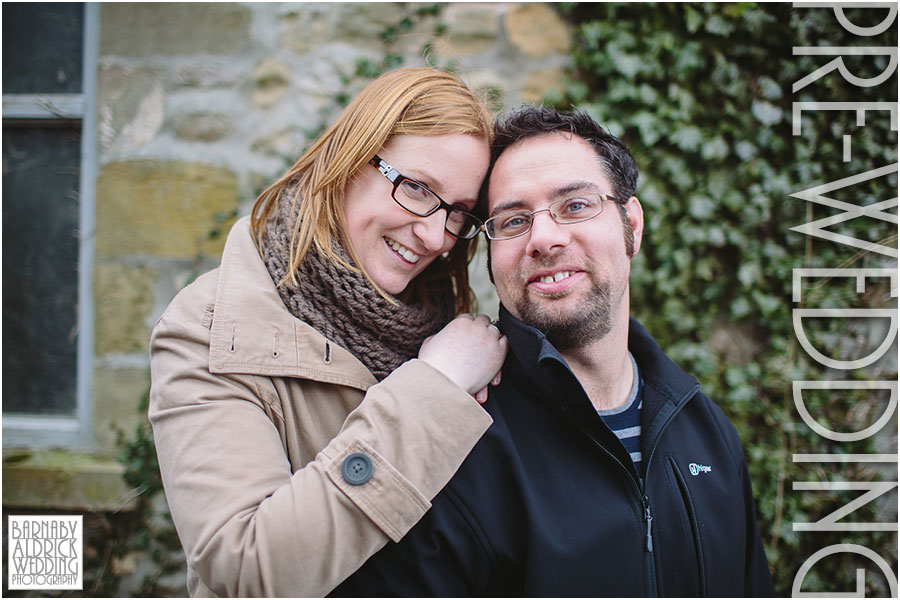 Last Saturday I joined Kate & Sam for their pre-wedding shoot in the pretty Yorkshire market town of Bedale ahead of their wedding at Bedale Hall.

I photographed a wedding for their pals (entertainingly called ‘Katie & Sam’), who thew a brilliant shotgun, quad bike & horse-centric country knees up (check out the blog highlights here) and now it’s their turn!  So after arriving in Bedale and having a snoop around the pretty Market Square, we had a coffee & a catch up, took a quick tour of Bedale Hall, then did a round of practice portraits to show them how it’ll feel on their big day in a couple of weeks!  Here’s are my faves from the meet… 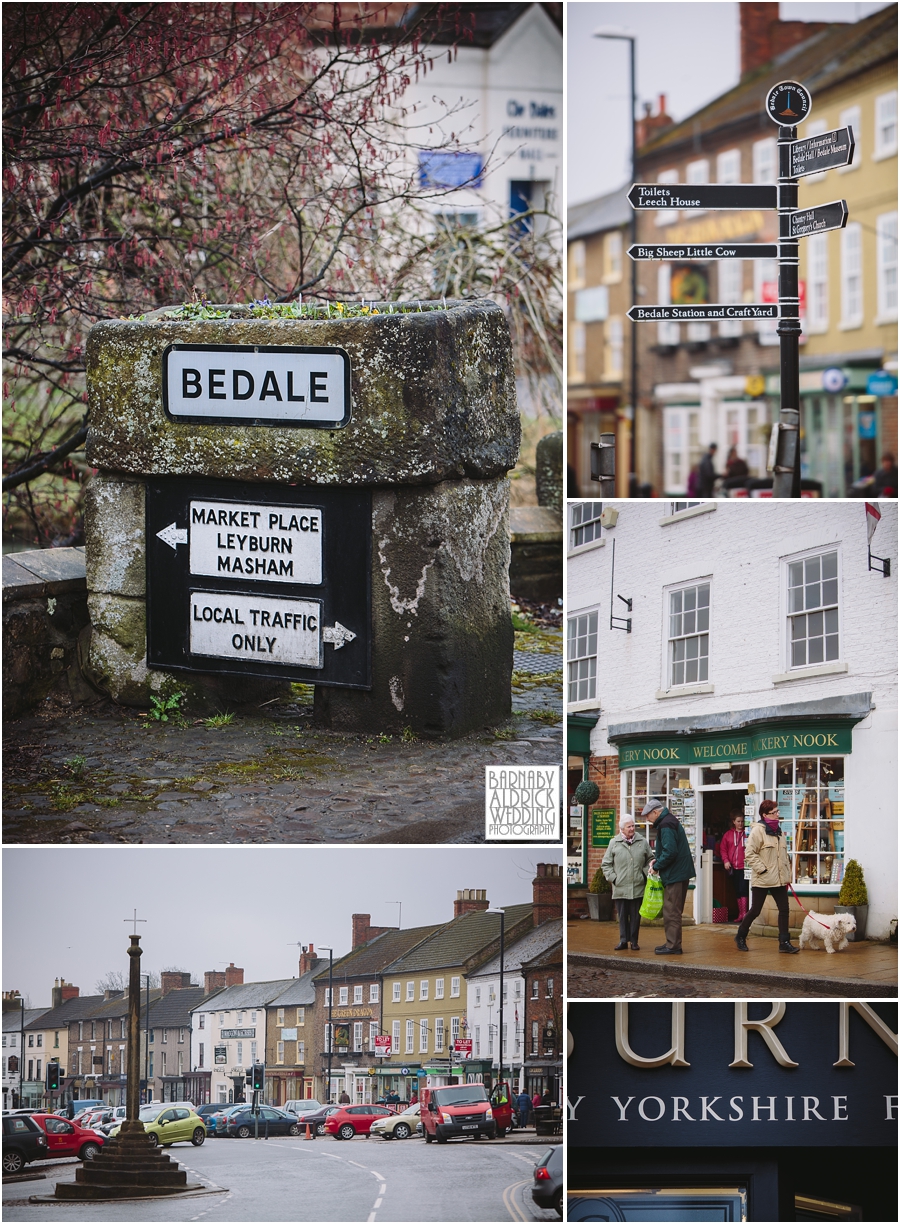 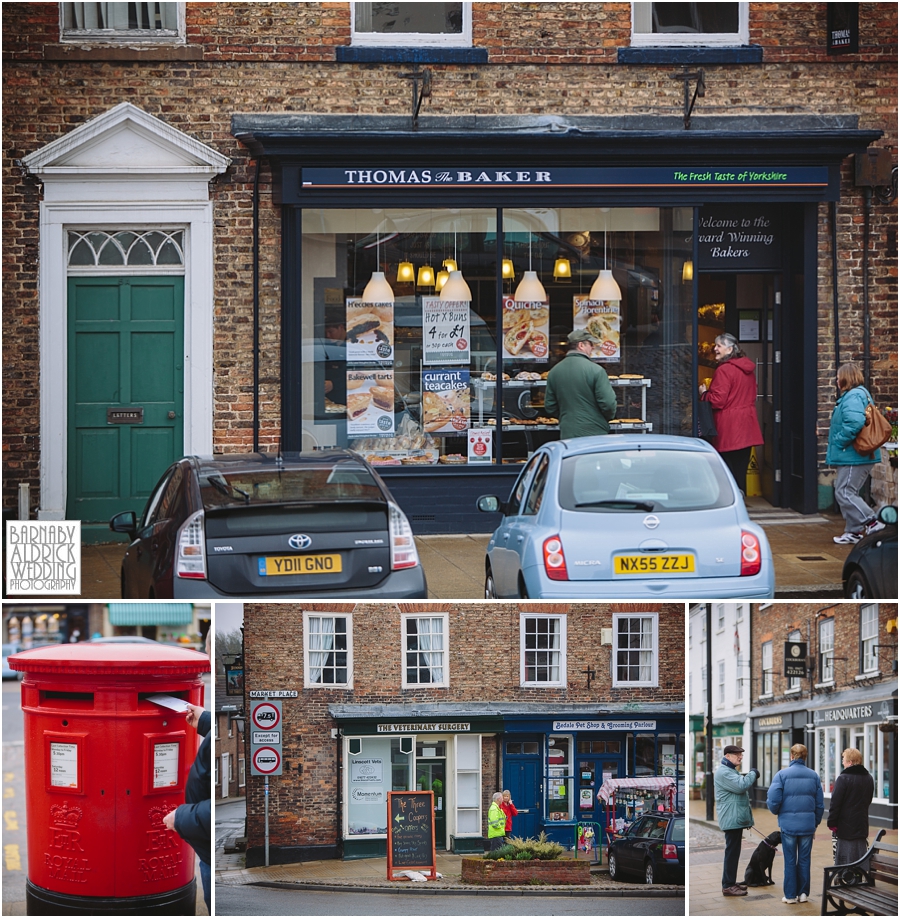 I love that the town is still so full of local butchers, bakers & candle-stick makers.  Maybe not the candle dudes, but it did have the feel of a traditional bustling market square, proudly peddling Yorkshire produce. 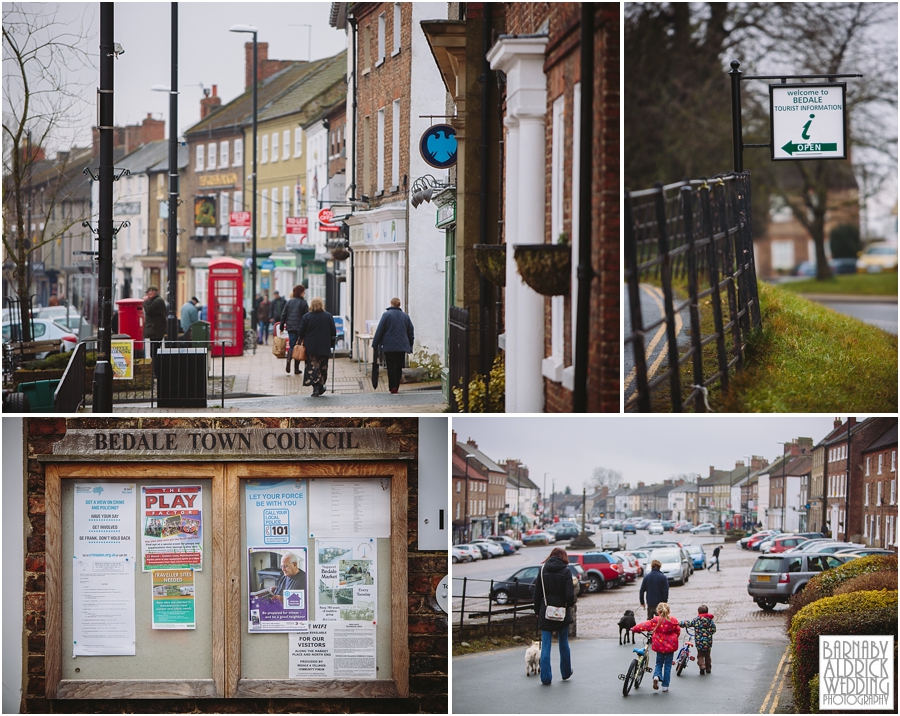 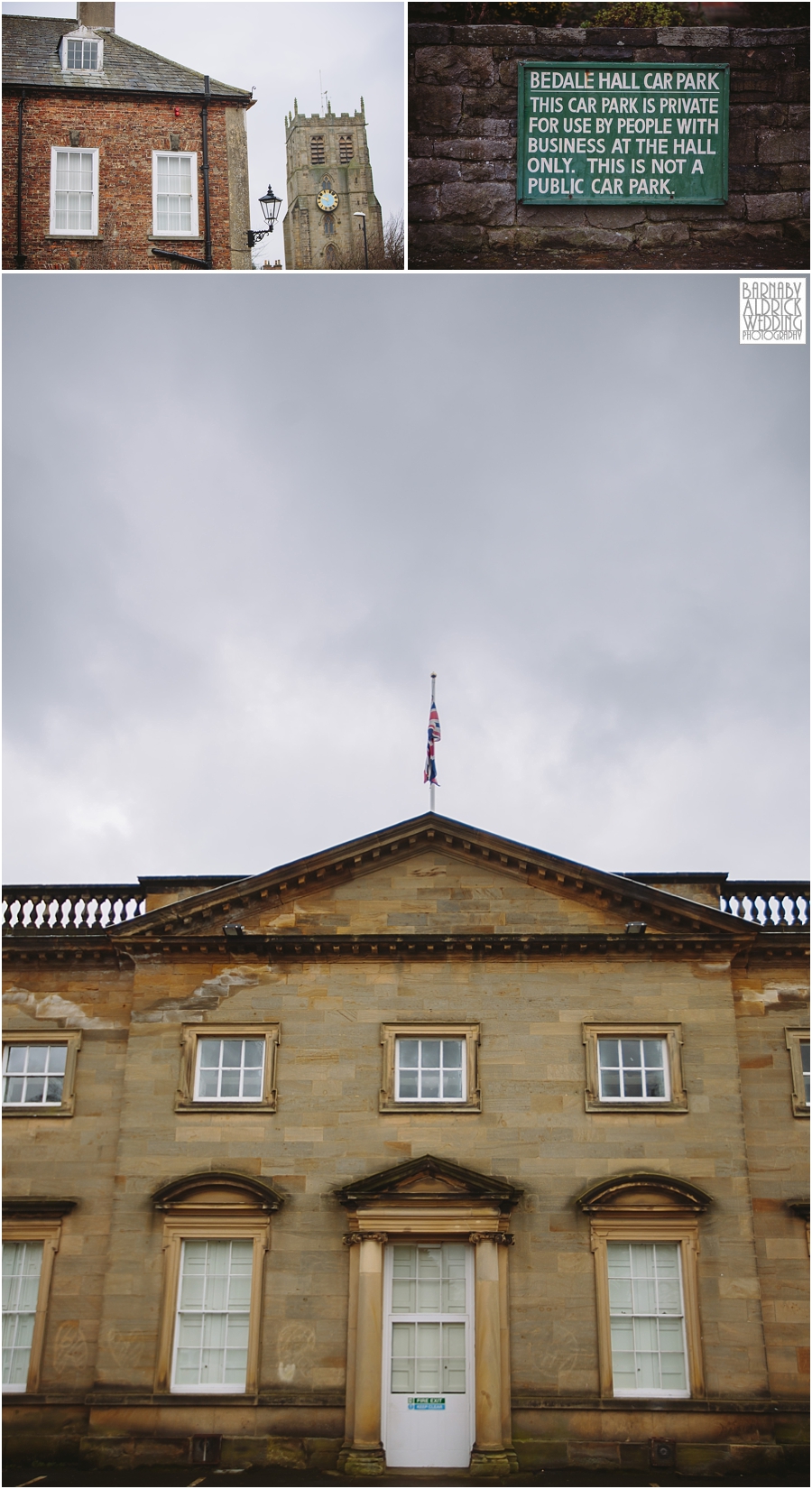 Then it was over to Bedale Hall, which is essentially a Grade 1 listed Country House put in a town! 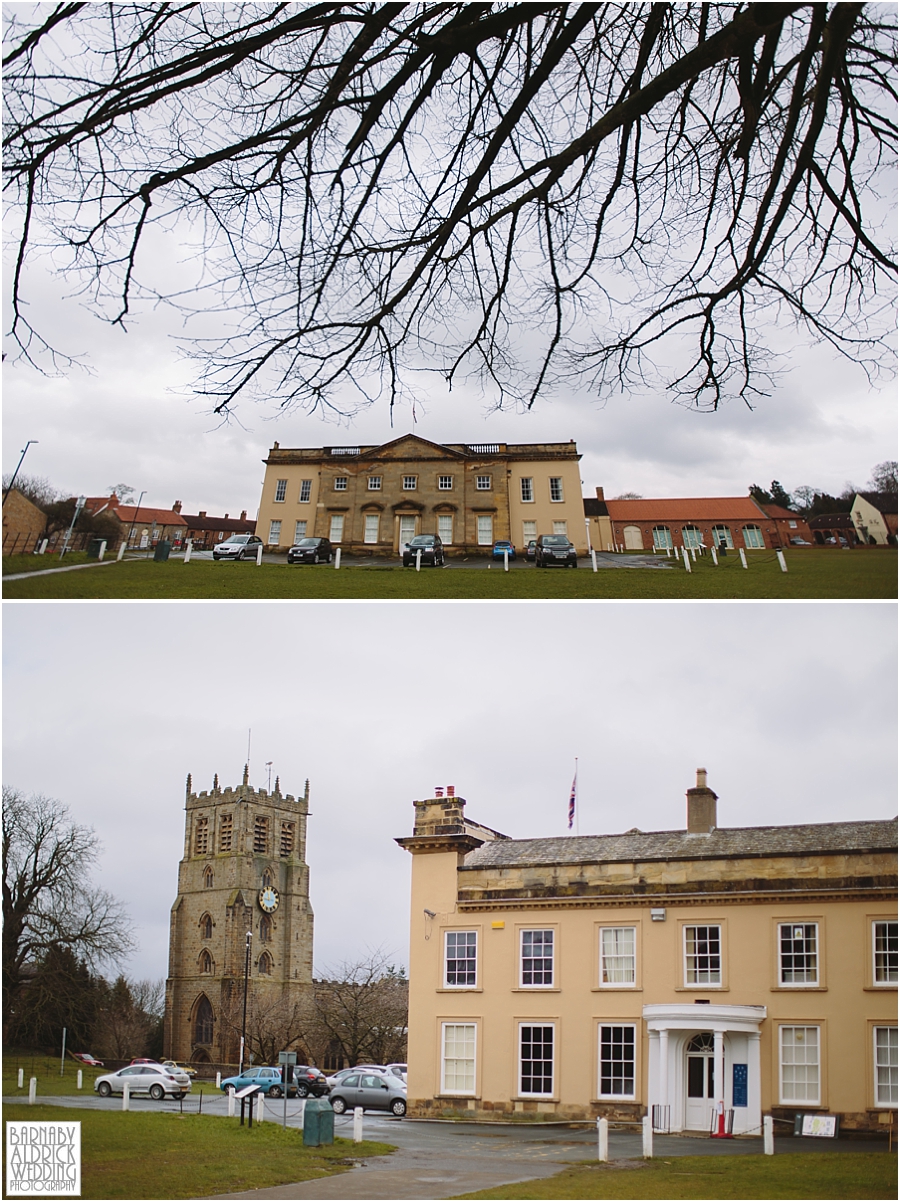 Turns out Kate’s Grandad was Mayor of Bedale a few years back!  He & Gran popped by to say hi while we were having a look around! 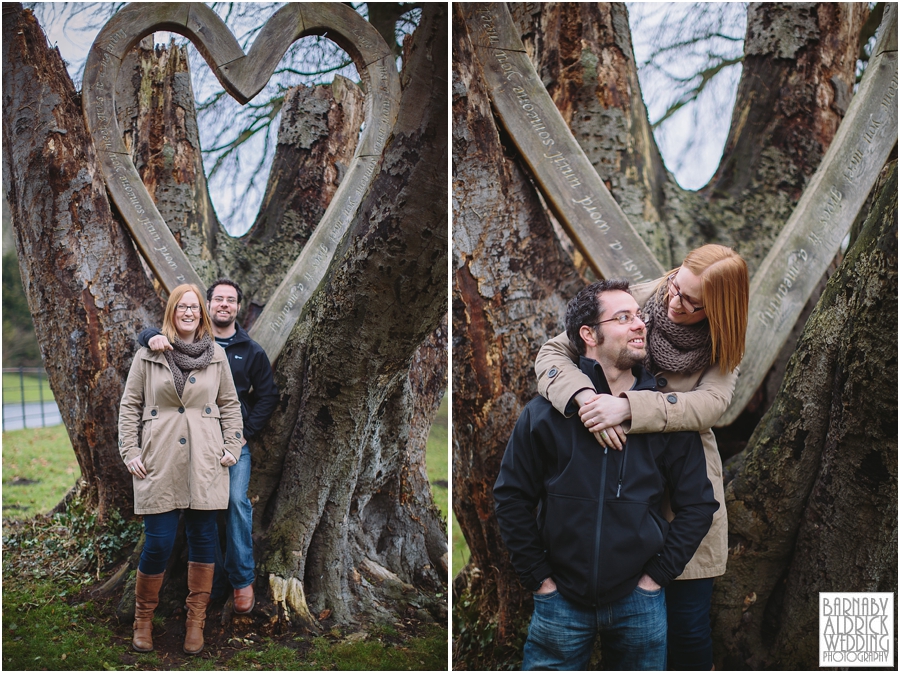 Then we set about the practice shoot, starting at an ancient tree Kate used to climb as a kid, which after a brutal prune, has been fitted with a giant wooden heart! 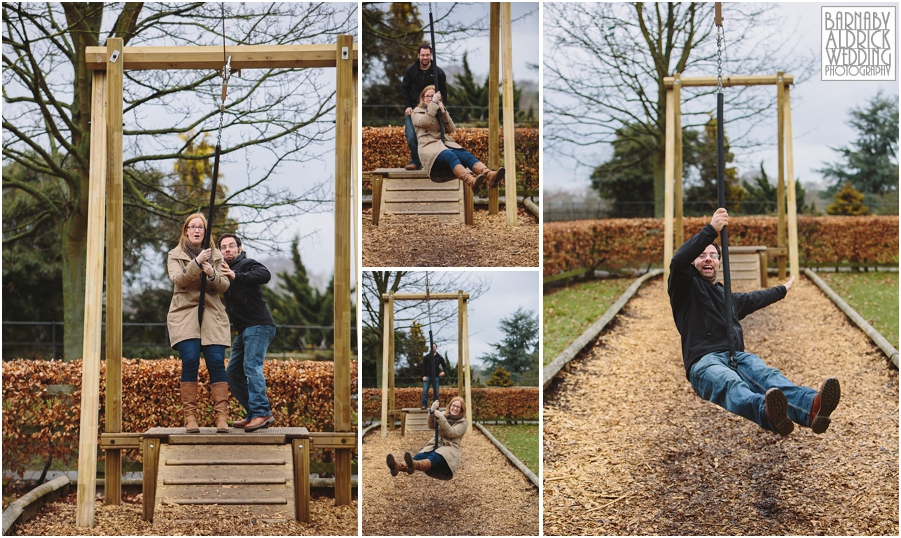 It seemed rude not to have a play on the zip line. 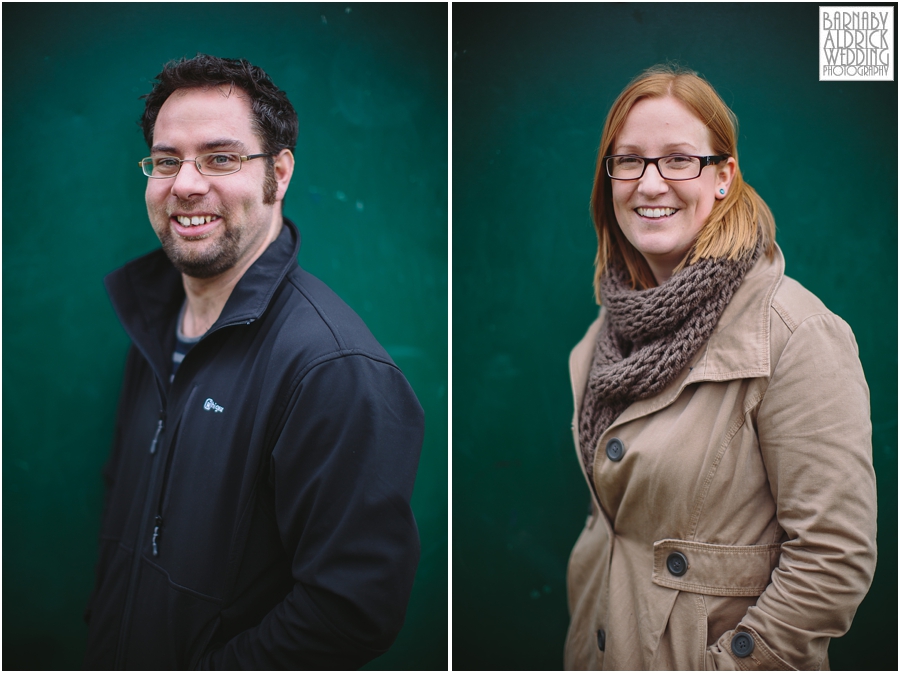 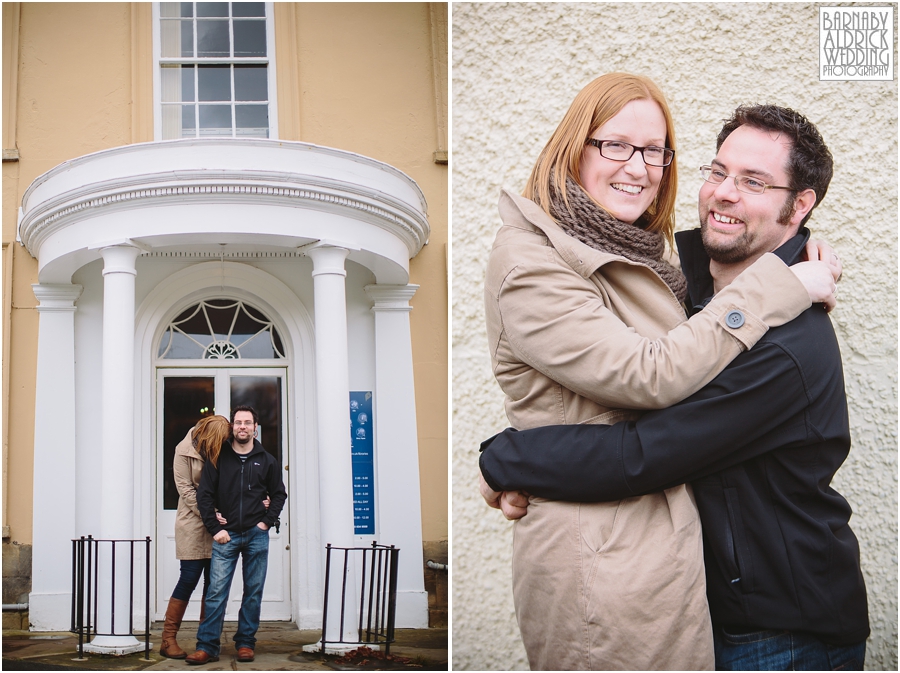 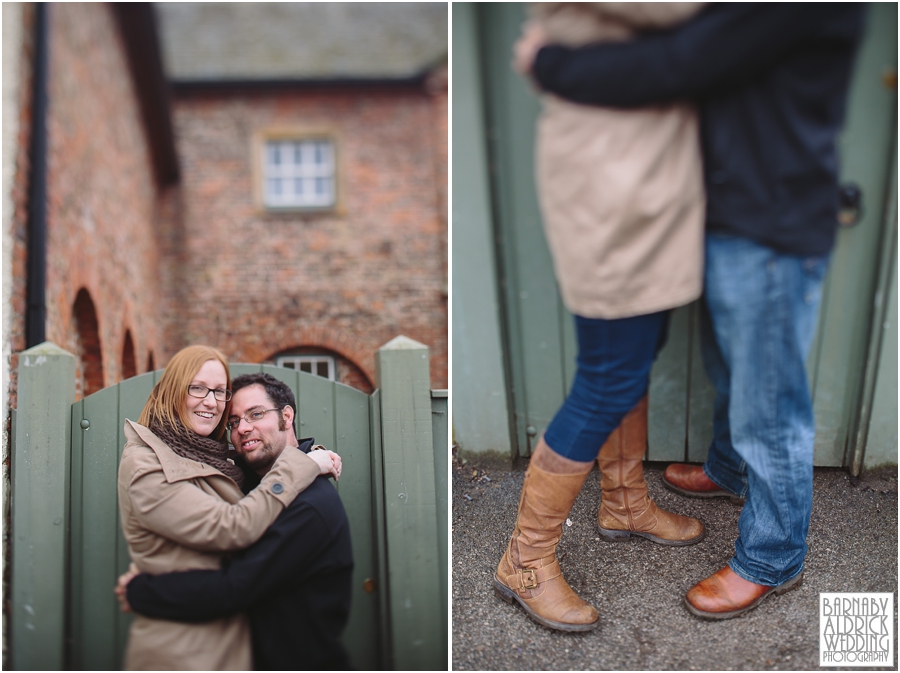 I broke out the ol’ 45mm Tilt Shift lens for a bit of selective blur. After really enjoying using it in Paris (blog here), I’m starting to use this lens more and more 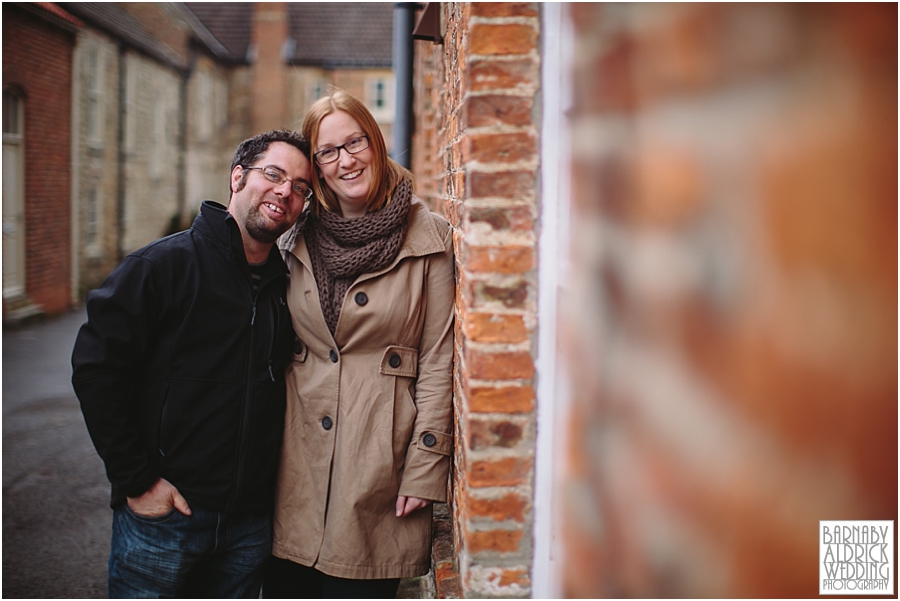 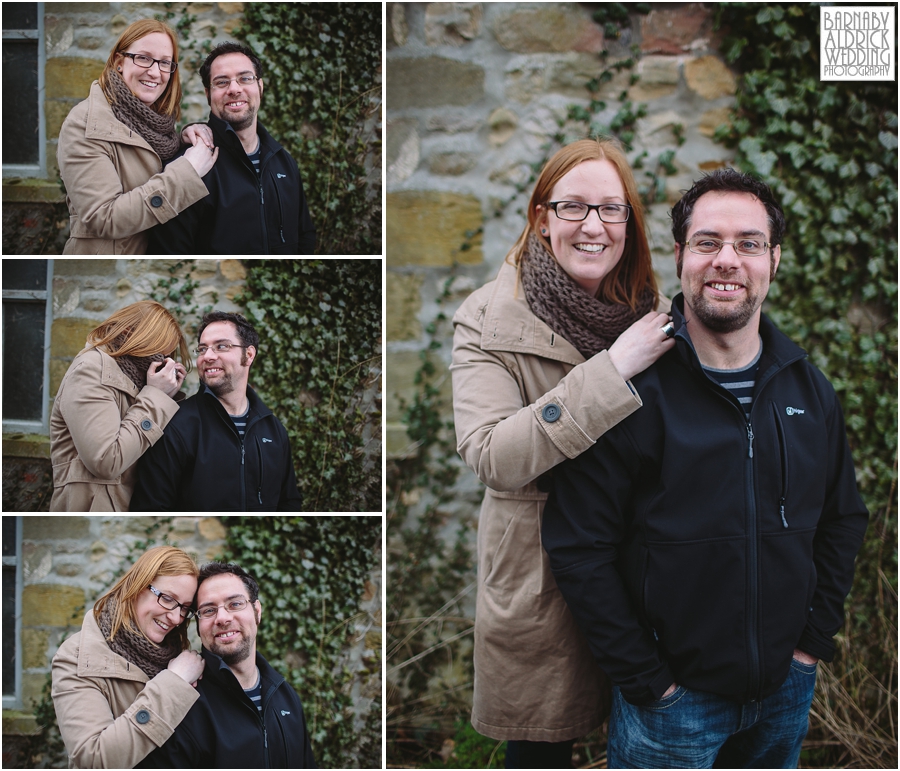 The sequence down the left is generally how most people feel under the glass for the first time!

But it makes such a difference to have done a practice before the big day, and shows it’s nothing to worry about and can even be a laugh. 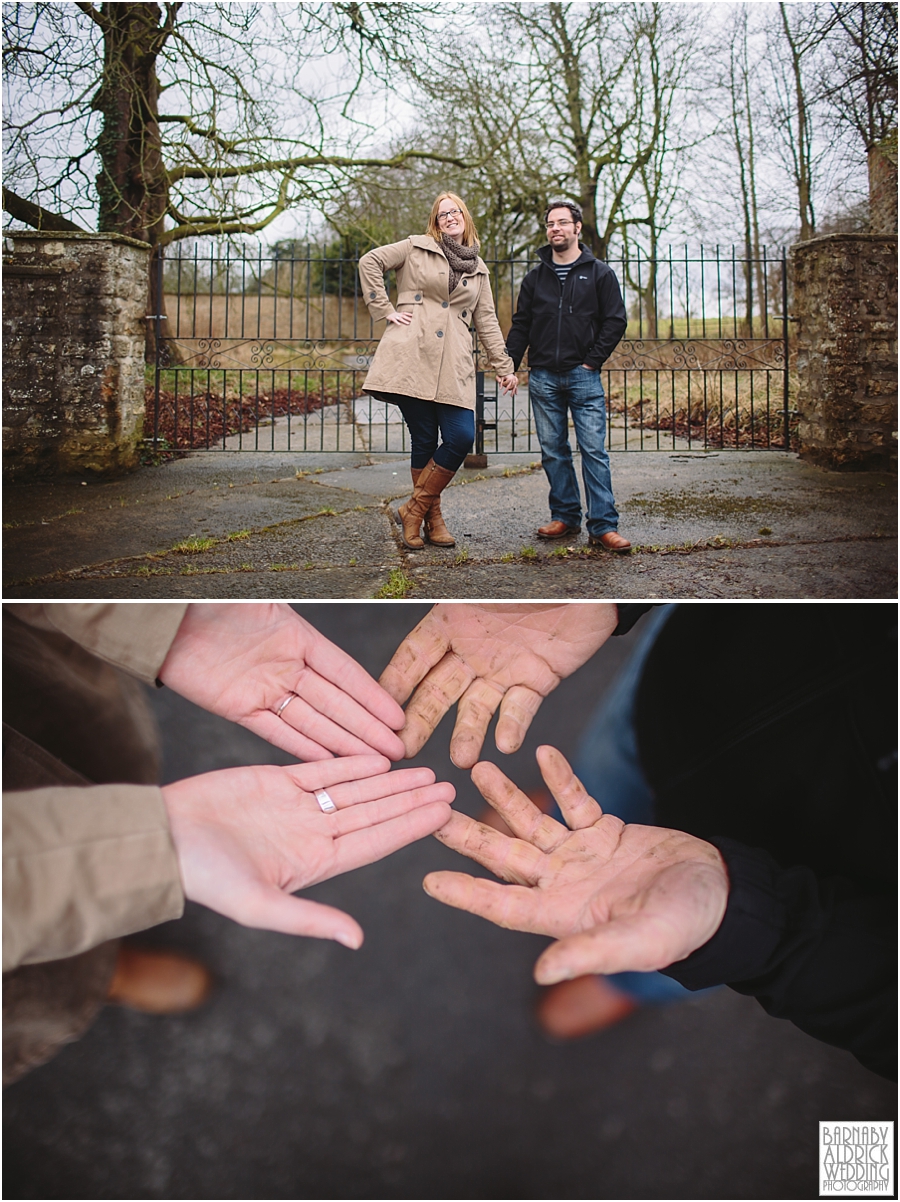 Sam’s a joiner and has the impressively battered hands of a man who works with them!  My grandad was a farmer and had similarly strong fingers!

[Apparently he had to sandpaper his fingers to tidy them up for the shoot!] 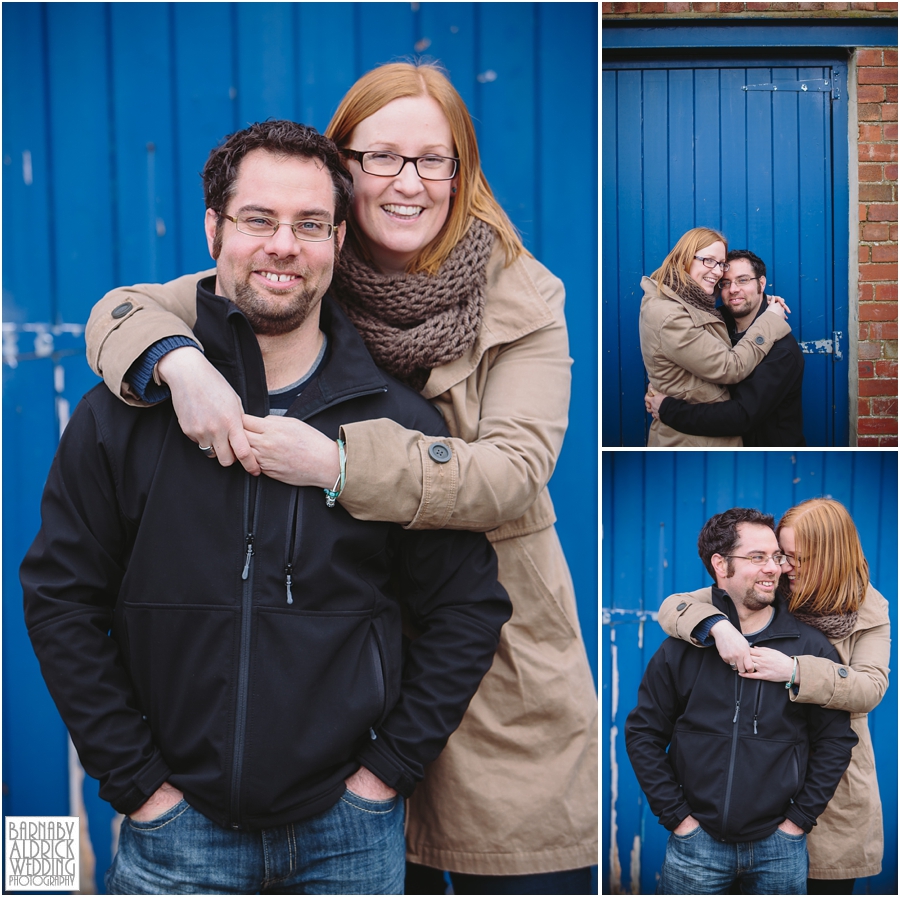 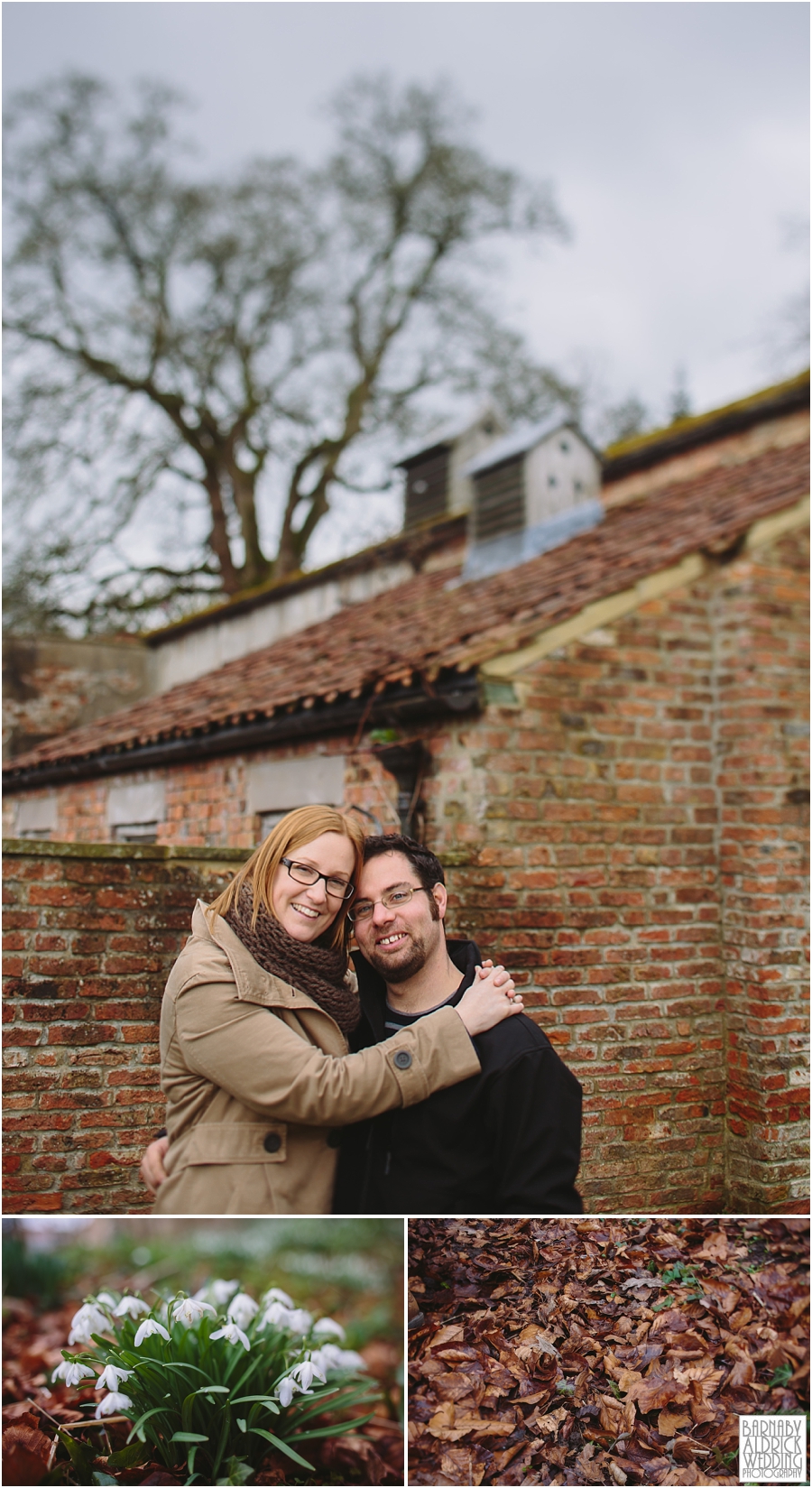 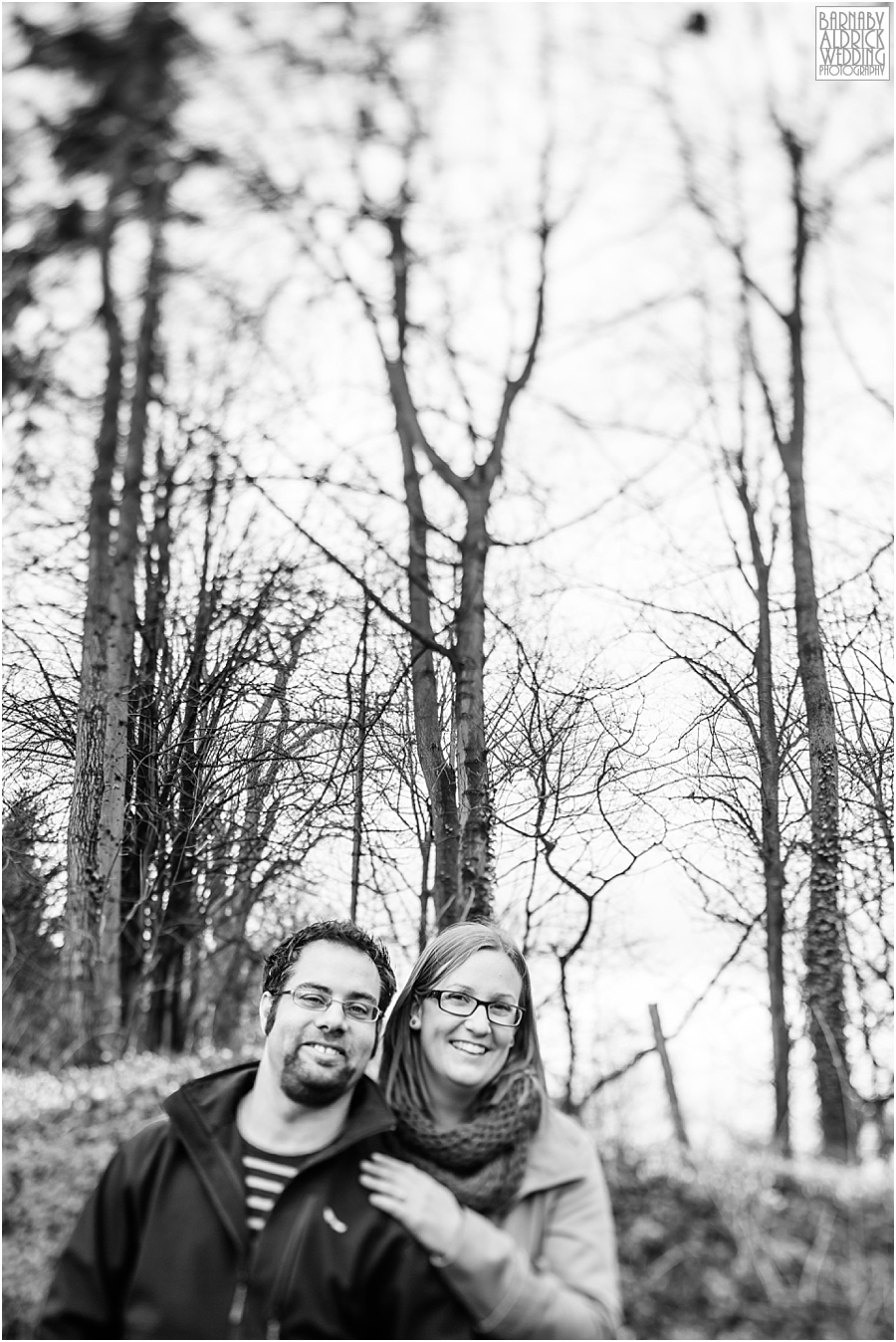 Fun times all round eh?  Stay tuned in a few weeks for their Spring themed big day!