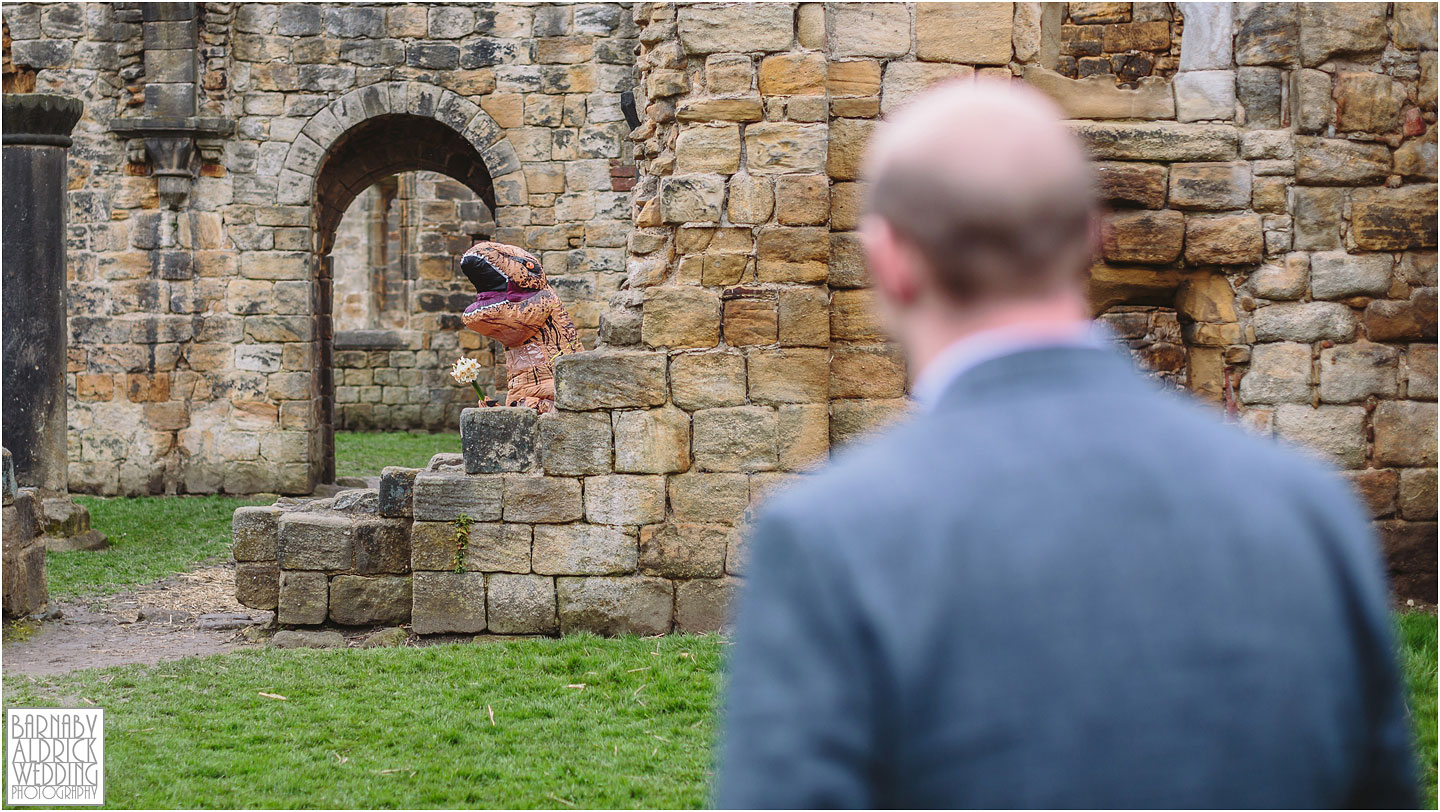 So yeah, this happened last weekend!

For couples who aren’t a huge fan of having their portraits taken (which is a lot, to be fair!) I offer the opportunity to meet ahead of the big day for a catch up and practice ‘pre-shoot’.  Some photographers call these ‘Engagement’ shoots, others ‘pre-wedding’ shoots – and they’re a great opportunity to help put couples at ease about having their their picture taken on the big day.  The process even ends up making the wedding shoot quicker – ’cause they’re practiced in what I’m looking to capture – and as a consequence end up back to the party sooner for mingles with fizz & canapés!

Holly & Russ – a bride/groom-to-be at Fountains Abbey this Summer – decided to do their (seemingly innocuous to Russ!) Spring pre-wedding squirm at Kirkstall Abbey in Leeds – because it has has similar Gothic vibes, which Holly adores.

Like many, Holly isn’t a massive fan of having her photo taken, but she had a plan up her sleeveses to make the process a bit more interesting… 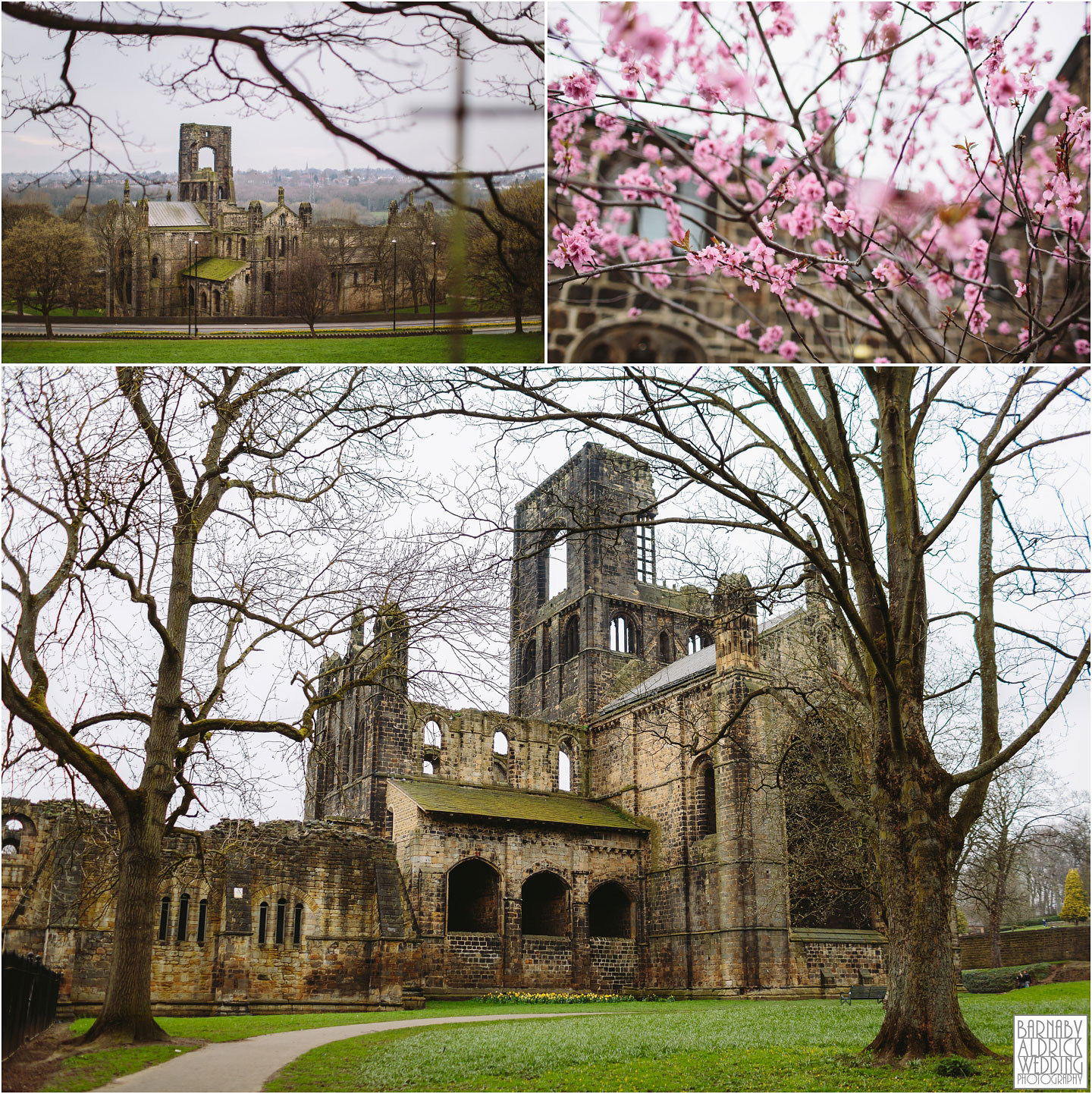 So after a natter and a catch up in the Abbey Tea Rooms (mainly about their mad cat ‘Little P’ who has a tonne more more followers than I’ve got on my instagram!) we braved the drizzle for a round of pics in the ruins! 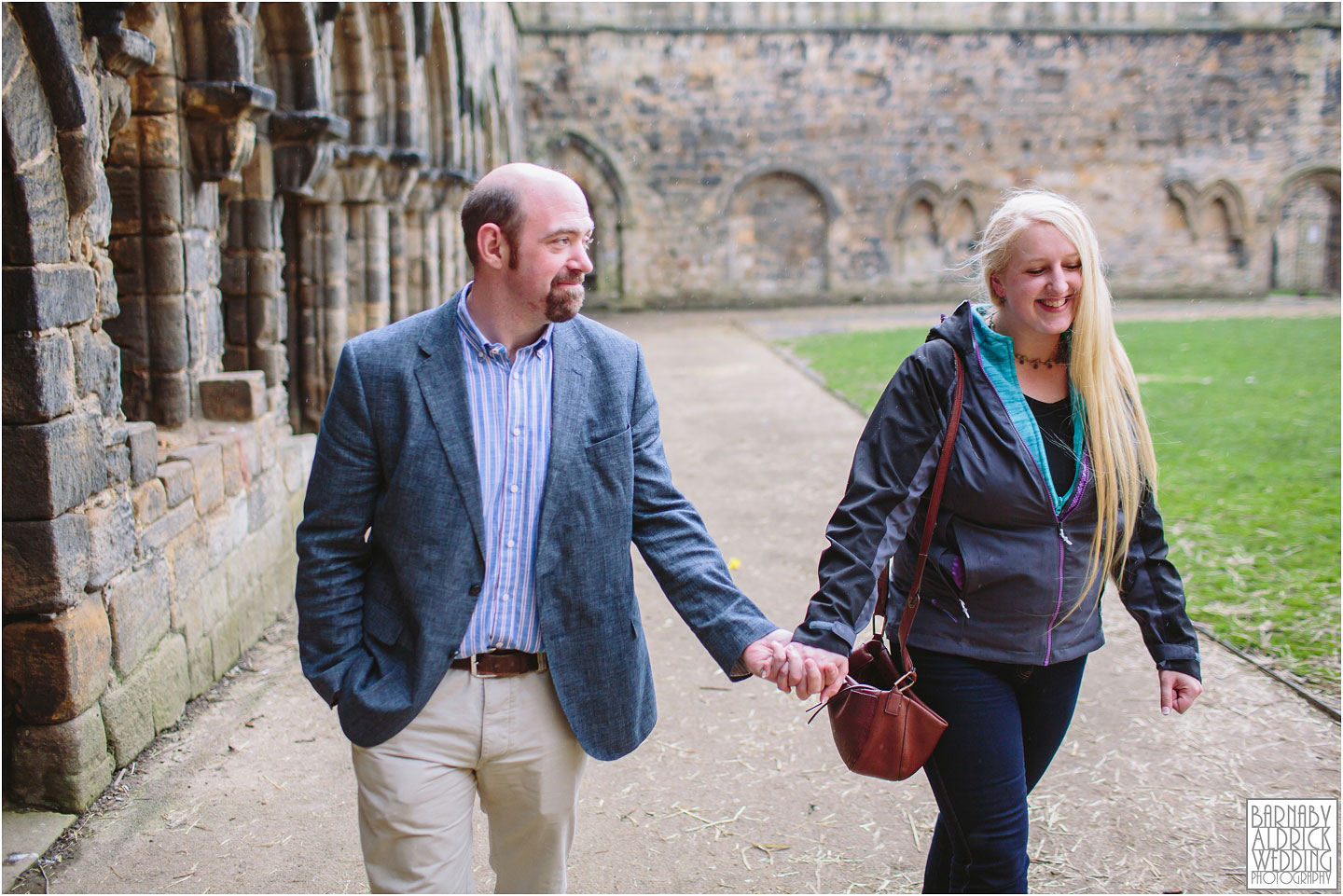 Russ thought were just going to embark on the the usual cuddly affair – a bit of strolling and a few smooches, which for the most part we did! 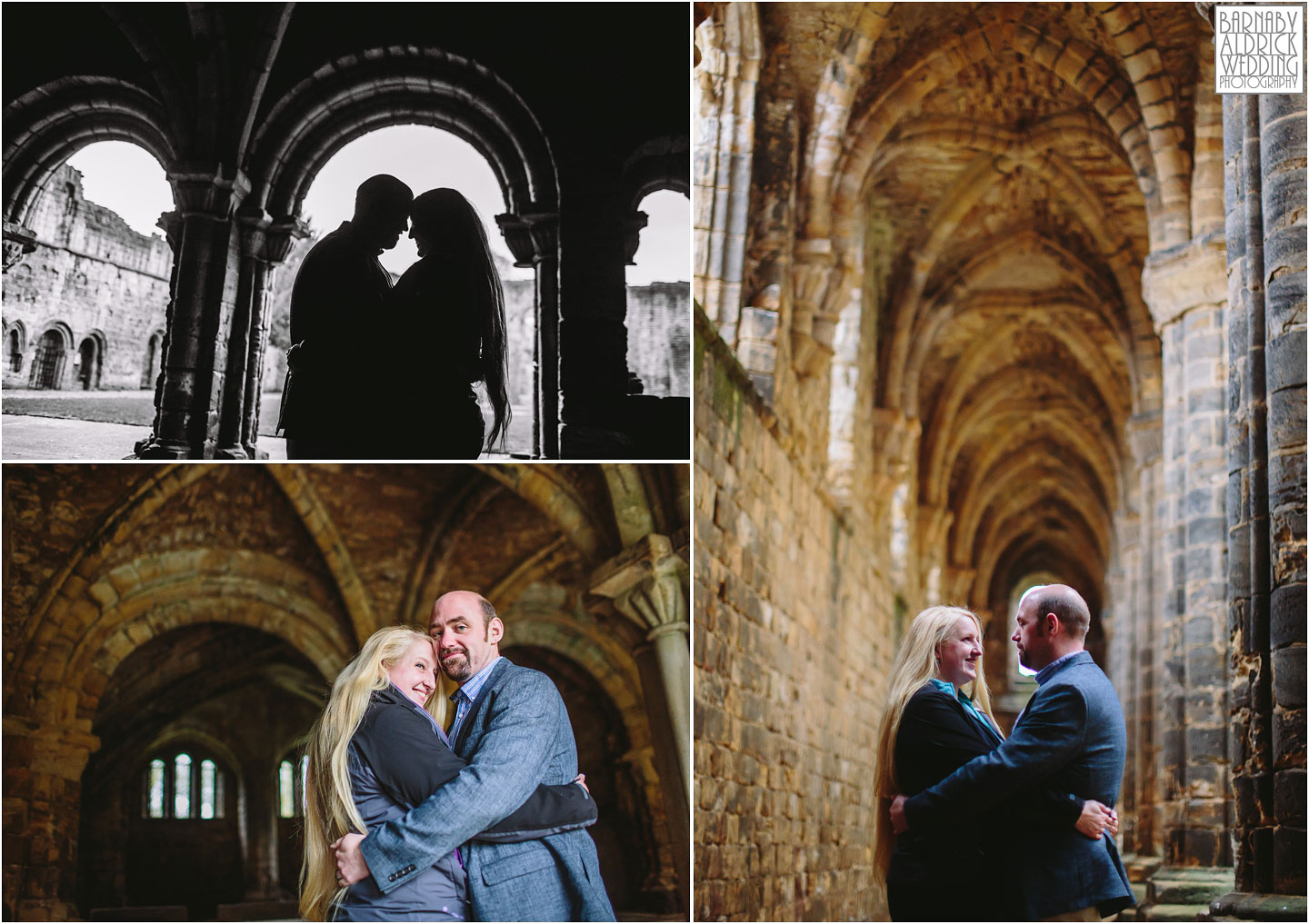 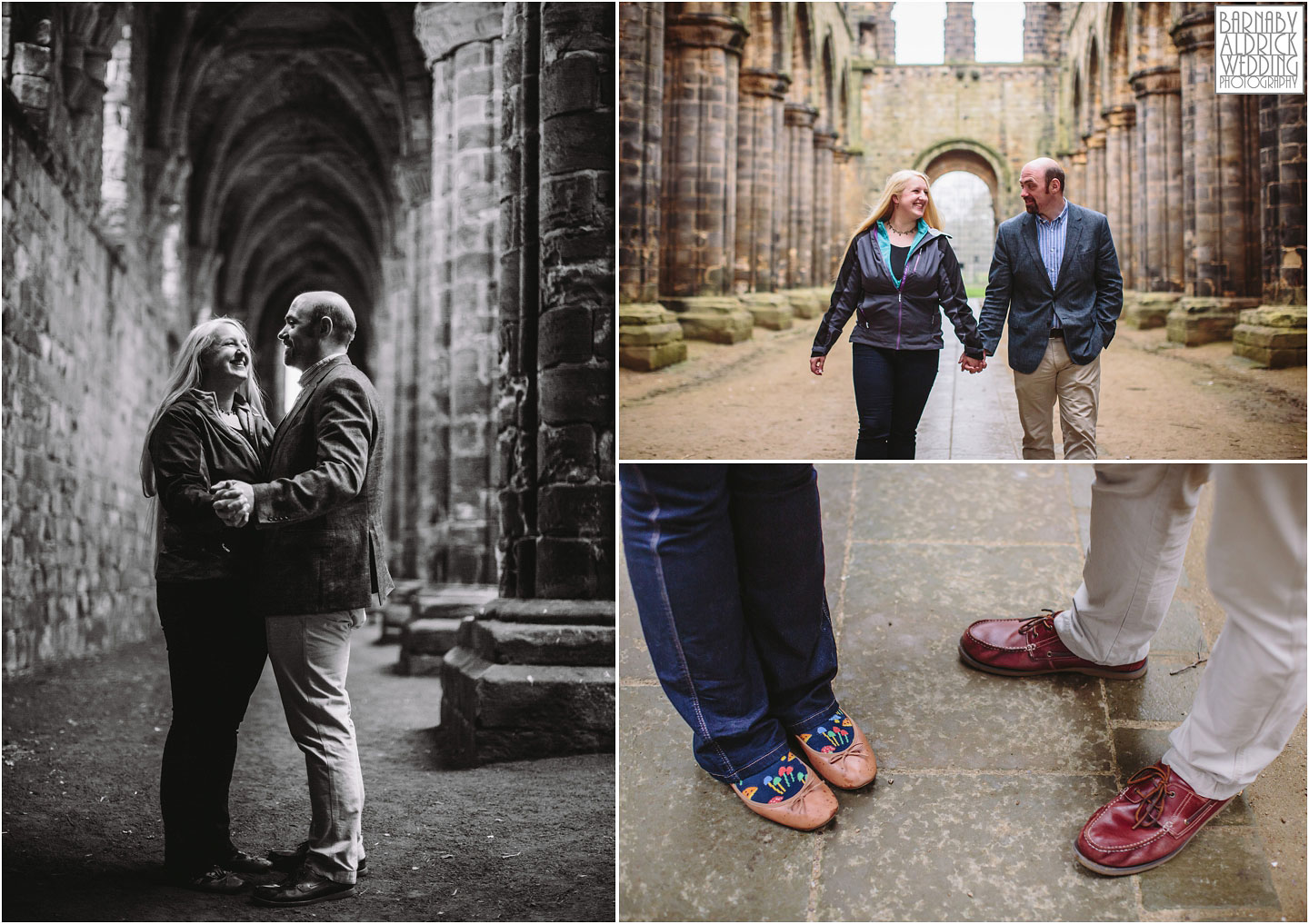 (I can usually tell how much I’ll get on with a couple by their shoe and sock choices!) 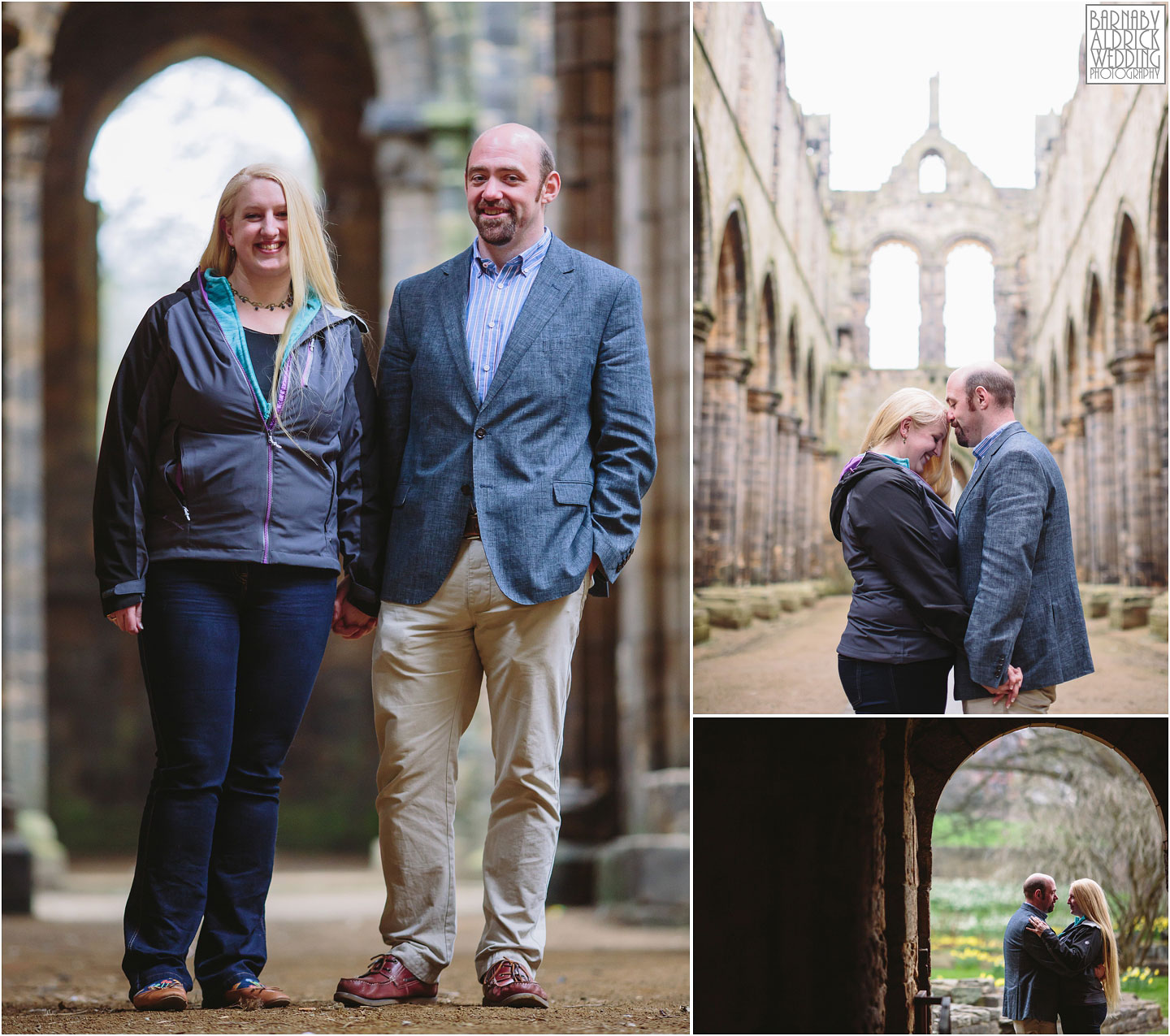 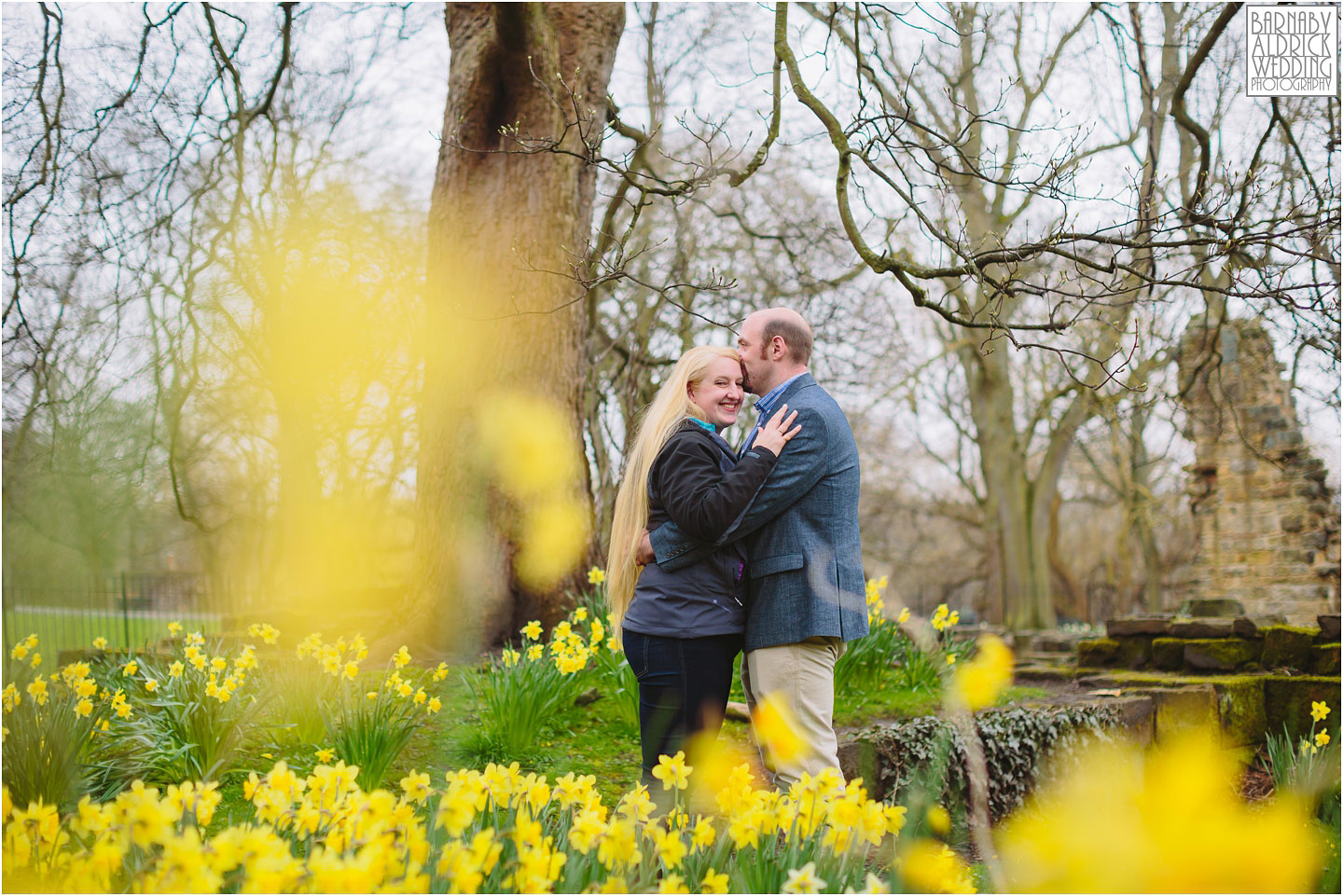 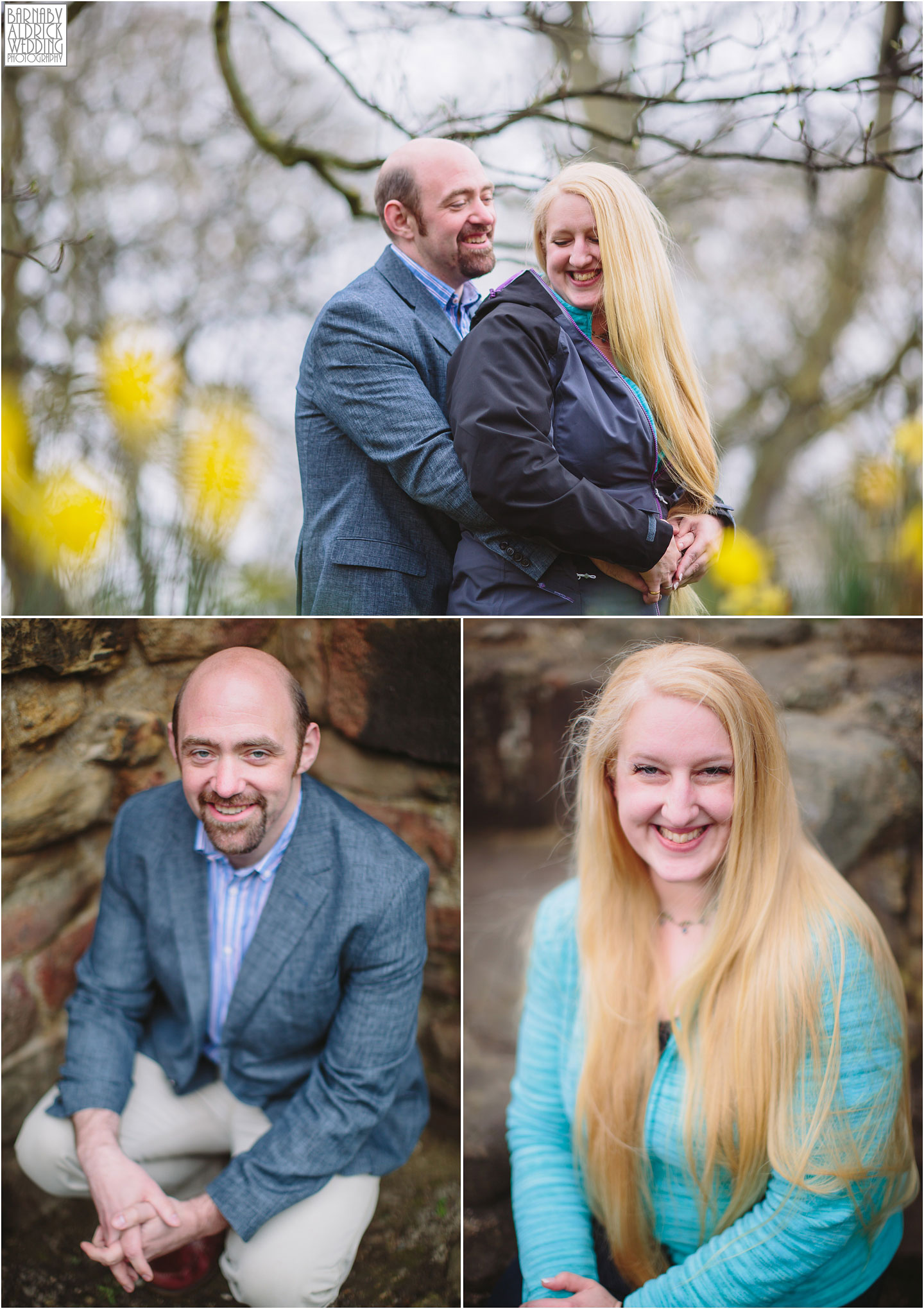 After we’d got a nice set of snaps, Holly told Russ to wait where he was for a sec as she’s got a surprise in store, and ducked behind a wall… 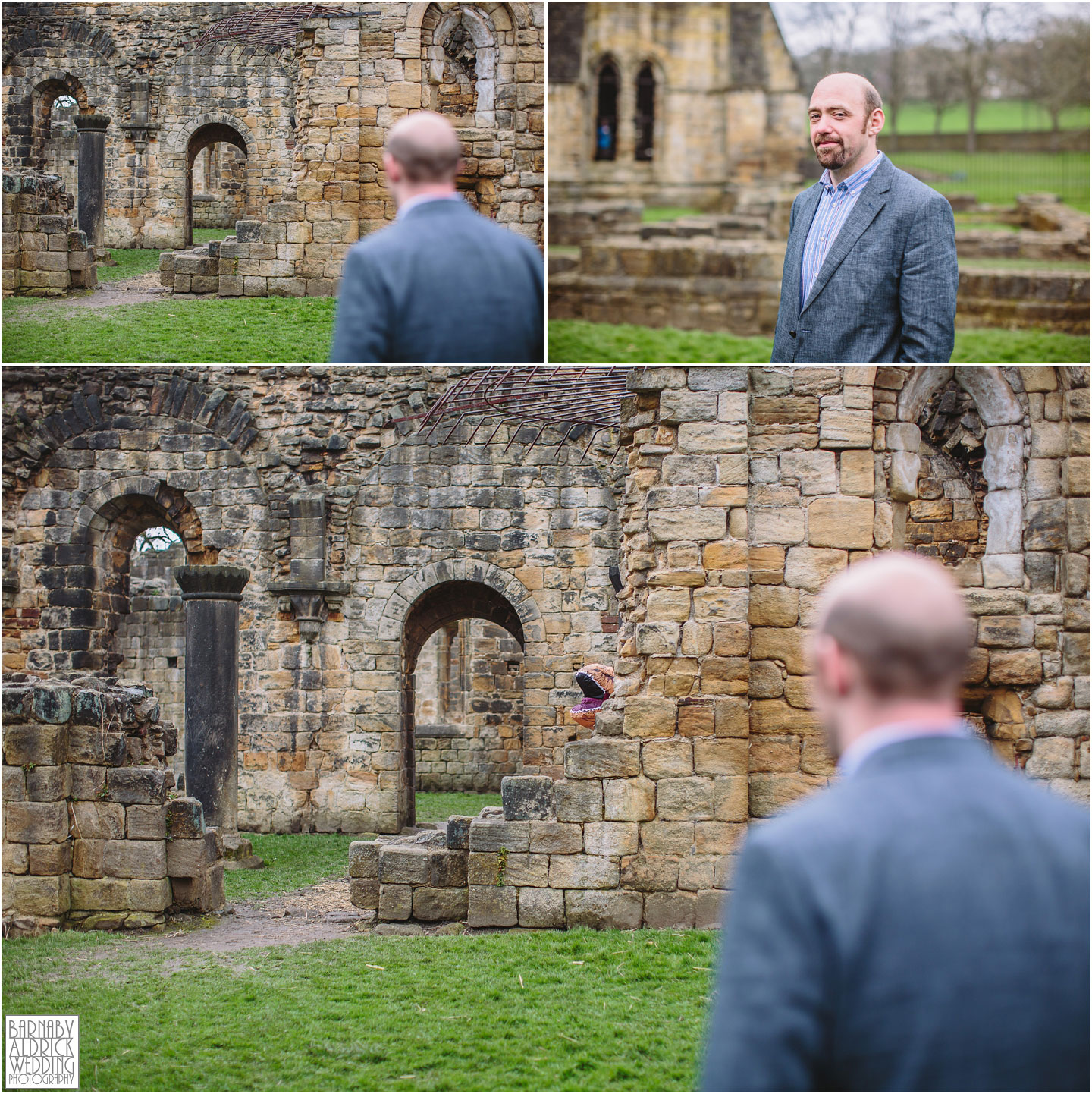 Then look who appeared! 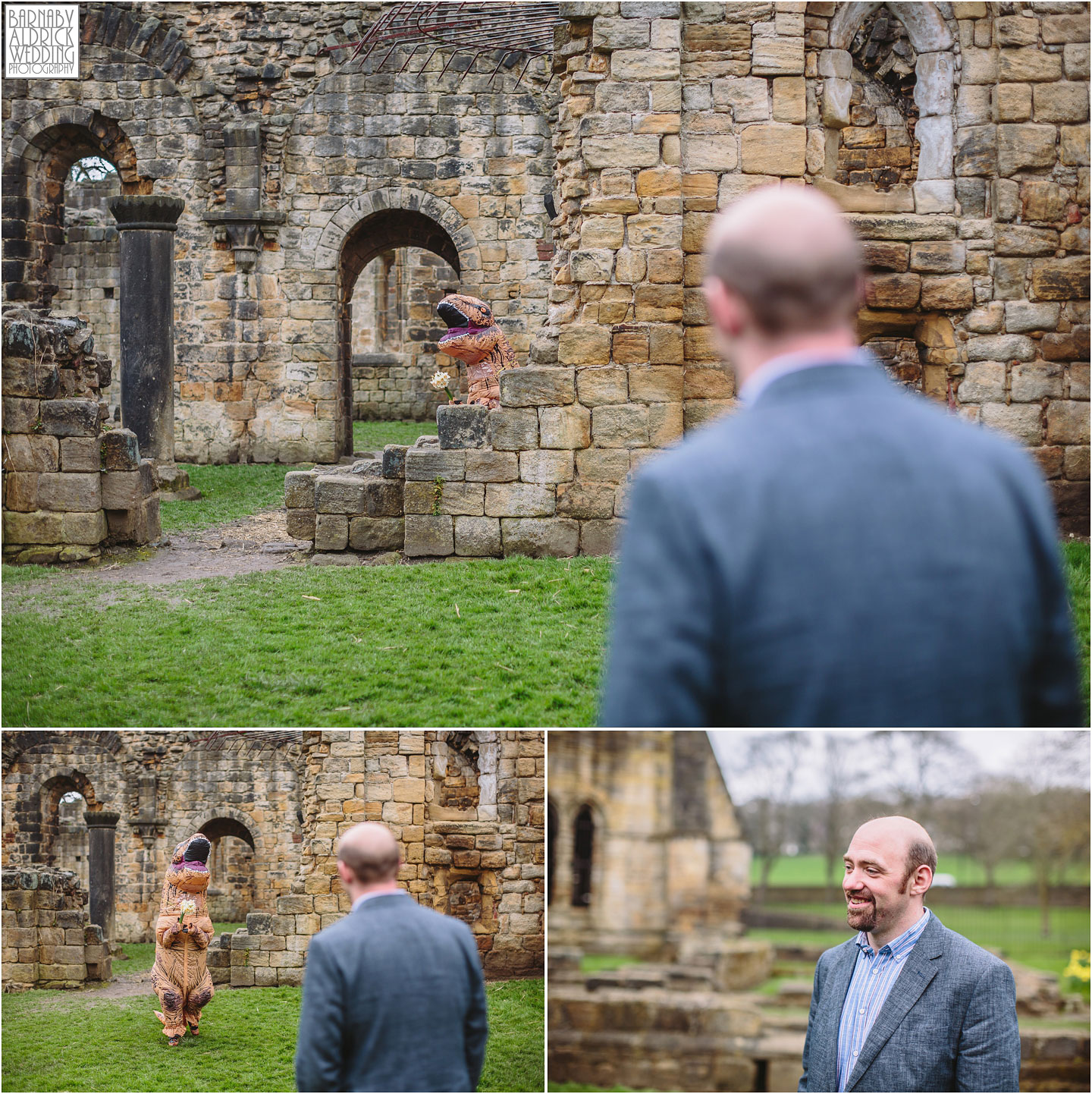 …I can’t guess what Russ was thinking when he saw Holly pop out as an inflatable giant T-Rex!

(Probably: The daffs are a nice touch!) 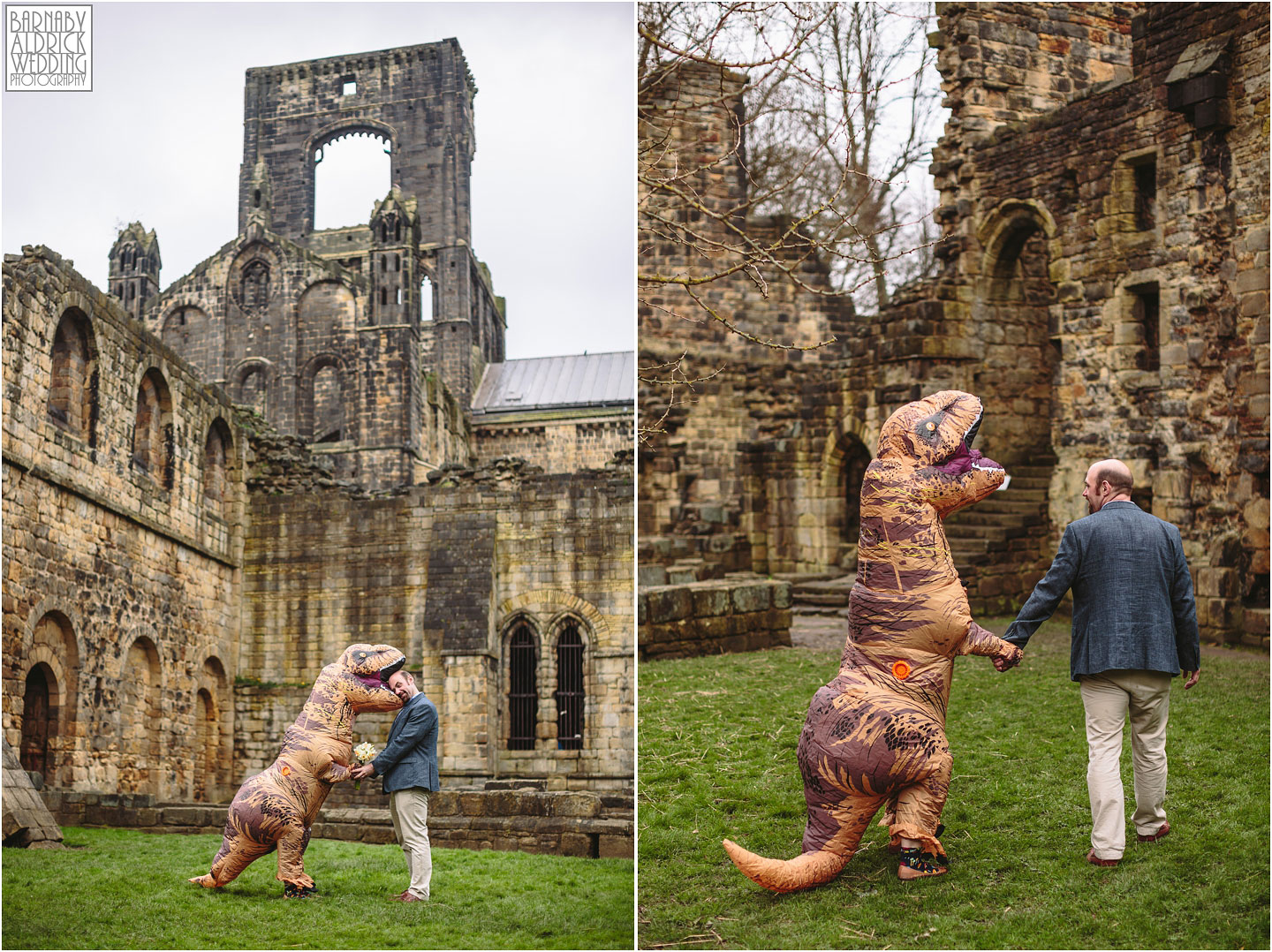 And then Russ proceeded to take a turn around the Abbey, you know, with a his lady, dressed as a dinosaur. 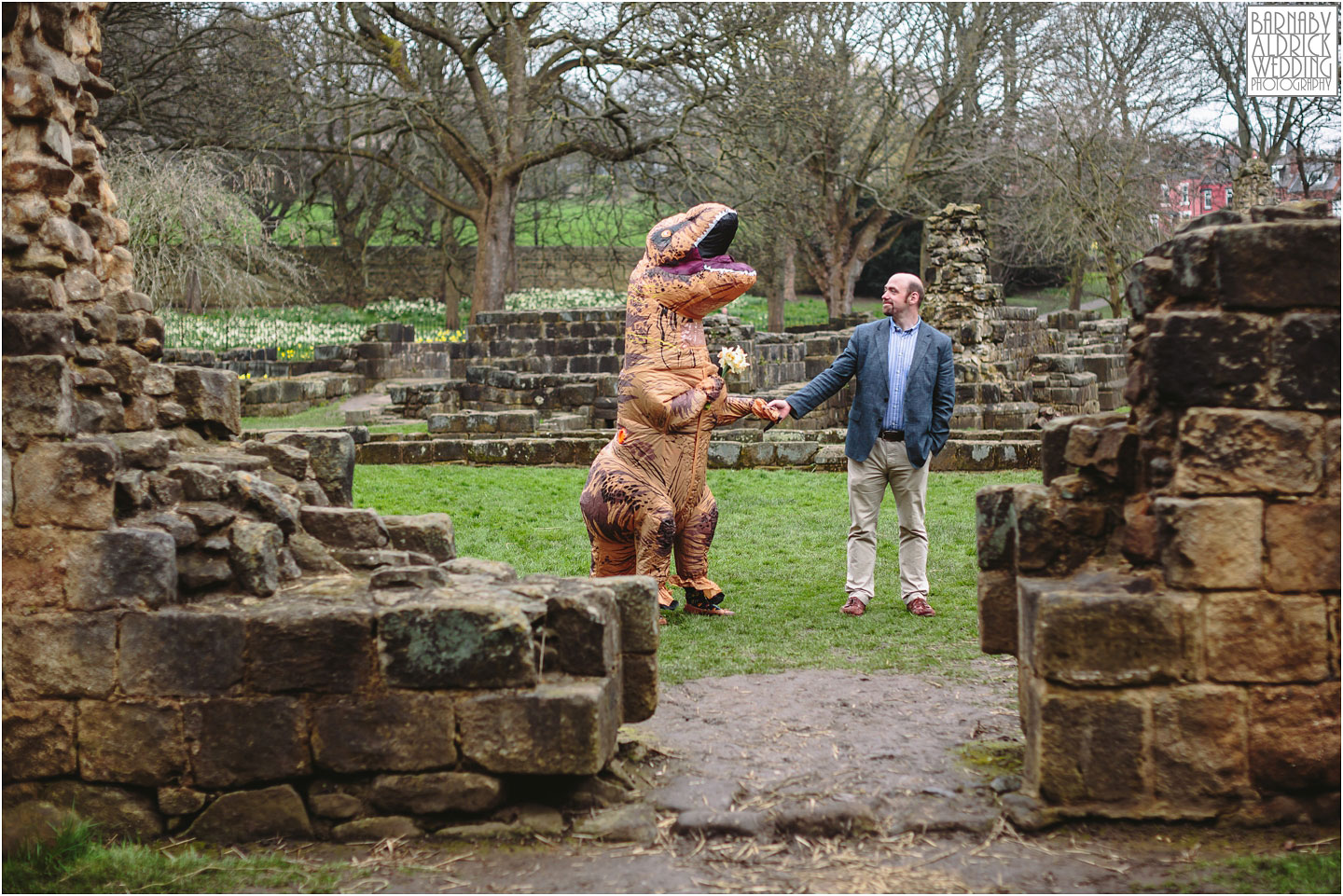 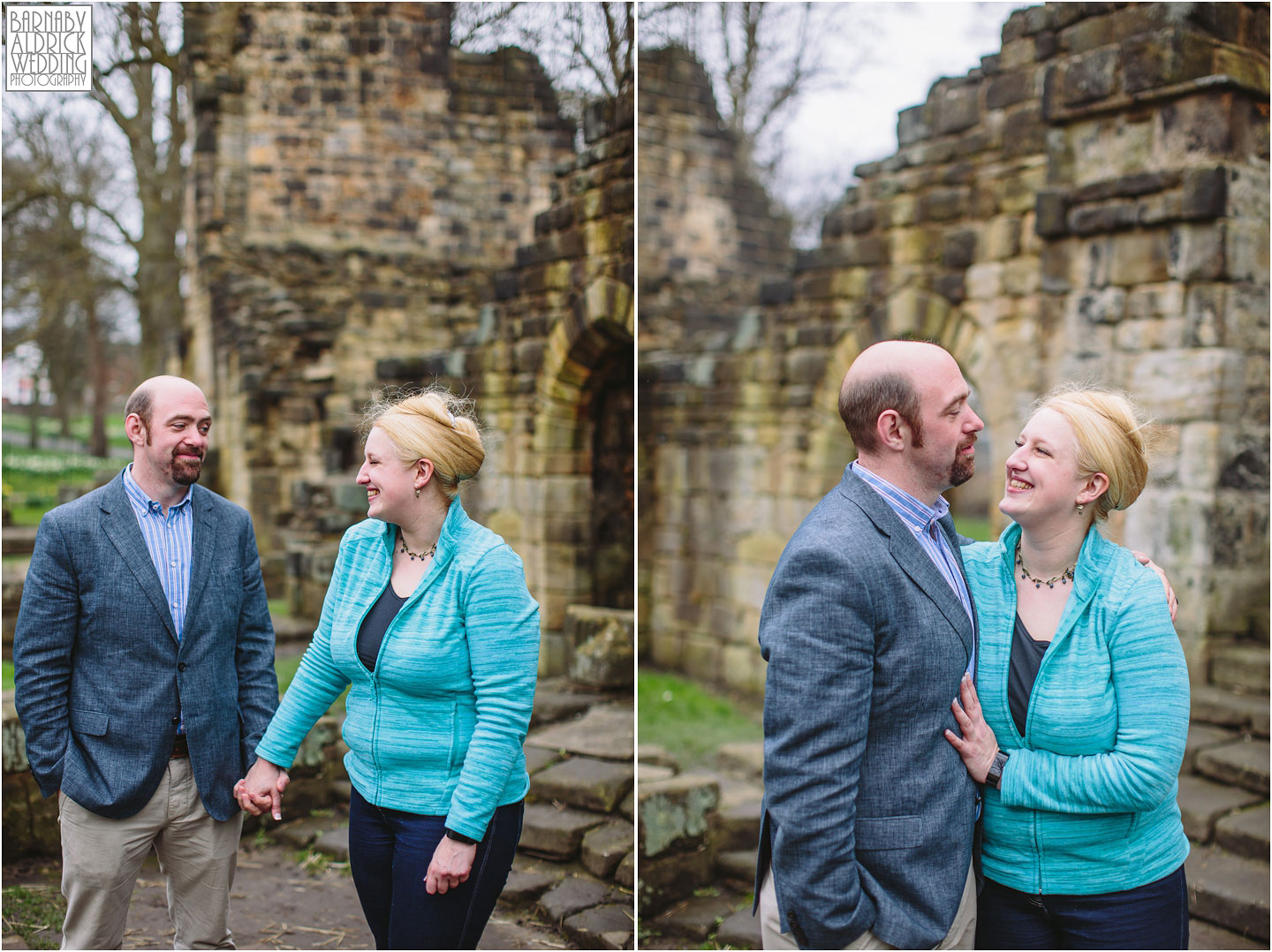 I give you Holly + Russ! a quite frankly ROAR-some couple!

Bring on their big day – I bet it’s also gonna be wild.