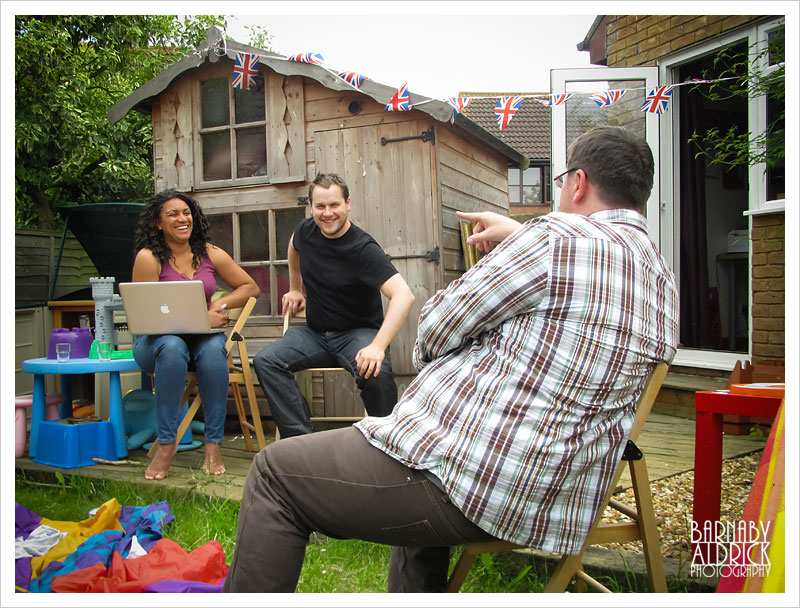 As we’ve grown in the world of DSLR videography, Phil Barber, Rob Booker & myself have branched off from our joing photography training company 3B Media to form a DSLR film-making photography company called Shot by Sodium.  We’ve made some really exciting music videos, have done some fun behind the scenes documentaries and have created some ace promo videos.  As photographers, we’ve always wanted amazing promo videos for our businesses, so have begun shooting snappy promo videos for ace photographers around the UK. 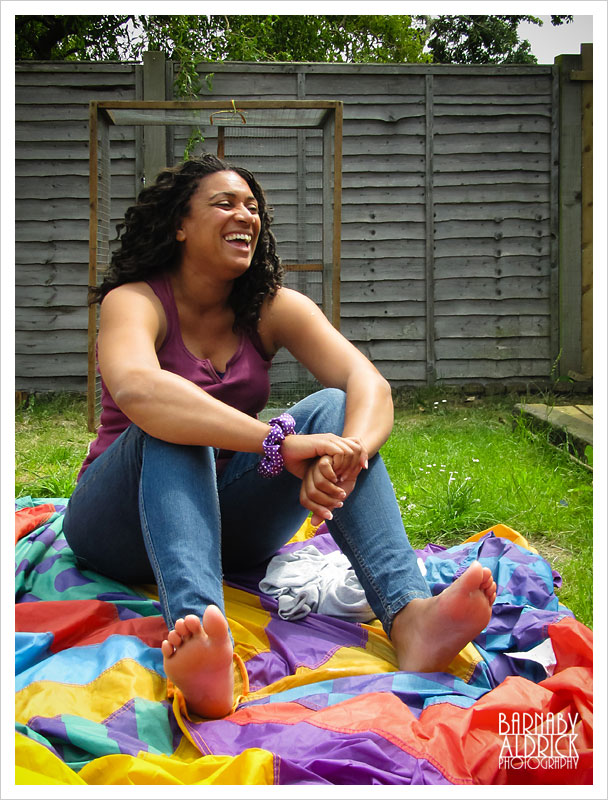 One of our early victims has been the fun-loving, community spirited wedding & lifestyle photographer Jaz Ampaw-Farr.

So after an early start last weekend, the Sodium boys & I hit the M1 southbound to spend the weekend in Milton Keynes, with a day shooting Jaz & a day hanging out with her and her most excellent family.

You’ll see the promo & some tasty behind the scenes on the Shot by Sodium blog soon, but after Jaz’s energy filled performance, we think we’re onto gold! 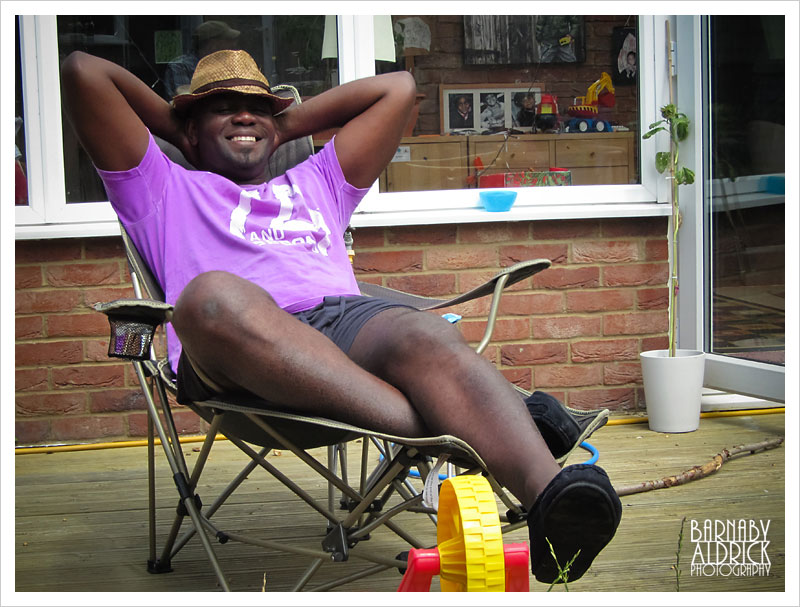 It was great hanging out with them all on Sunday.  After time spent with the kids, lost in the land of Ogg (don’t ask!), it was ace to chill outside with Jaz & her hubby Ed 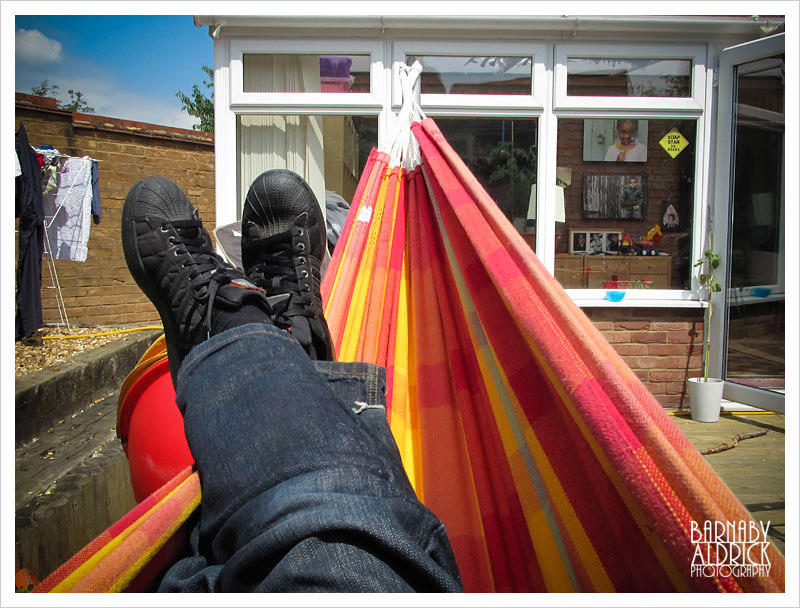 After a long Saturday, their hammock was positively heavenly.

But to the point of this post, almost entirely by coincidence, Phil had ages ago bought tickets to catch the Foo Fighters at MK Bowl that very weekend! 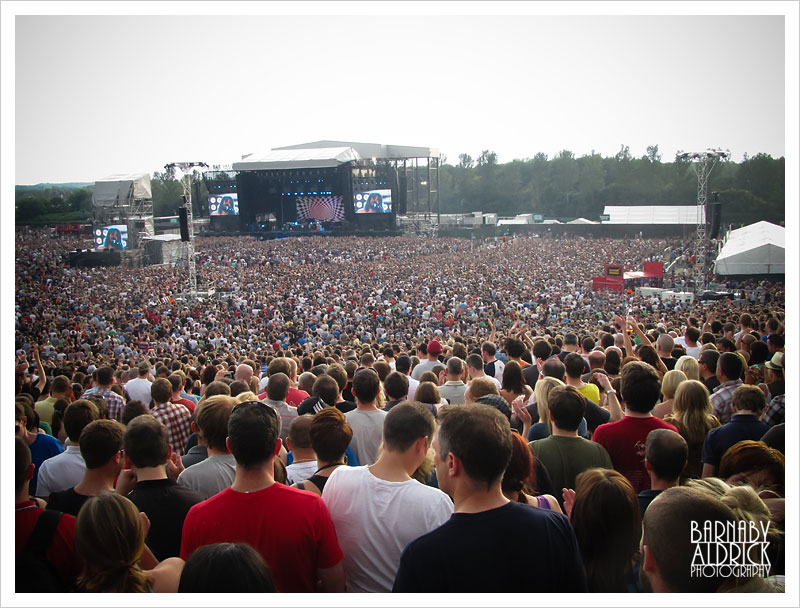 So full of Ampaw-Farr hospitality, we shuffled along to the natural amphitheatre that was apparently once a claypit, to join 65 THOUSAND other heads to enjoy Dave Grohl & his homies rock out. 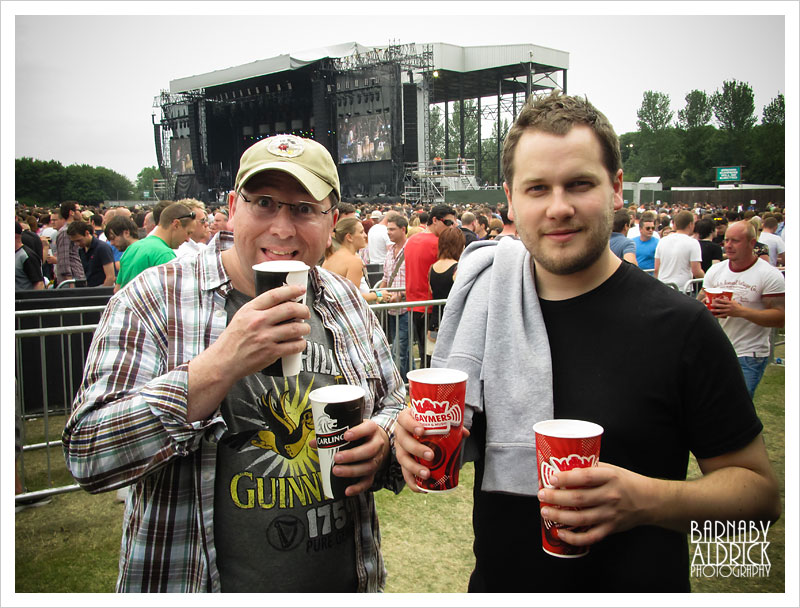 The beer queue was ridiculous, so we double parked and found our spots with the less moshy revellers on the banks. 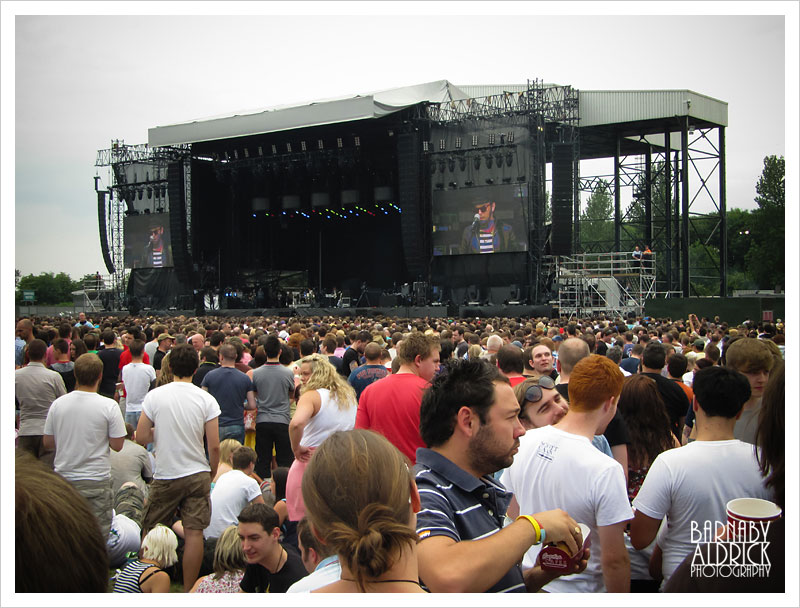 As we arrived, Gaz from Supergrass was layout out new material and random covers 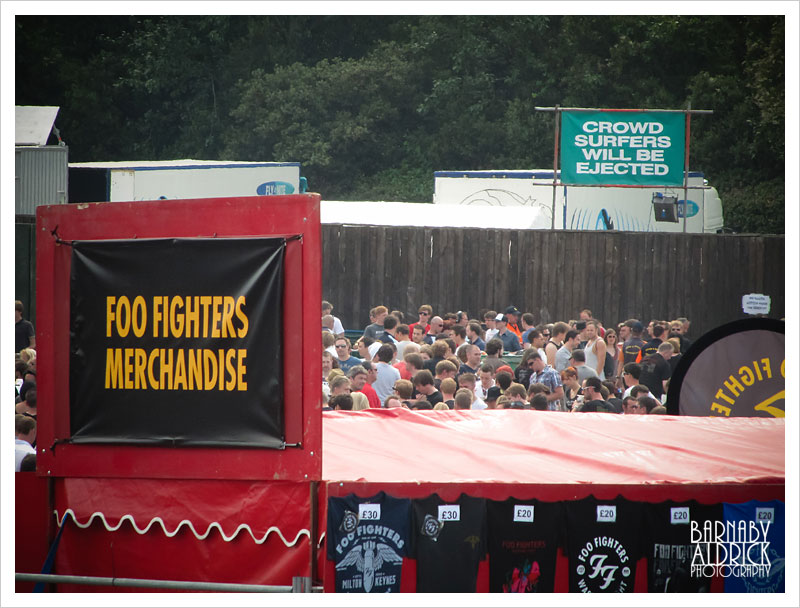 It’s a shame that crowd surfing has essentially become illegal.  I had a lot of fun and lost a lot of change riding many few hunan waves as a teenager 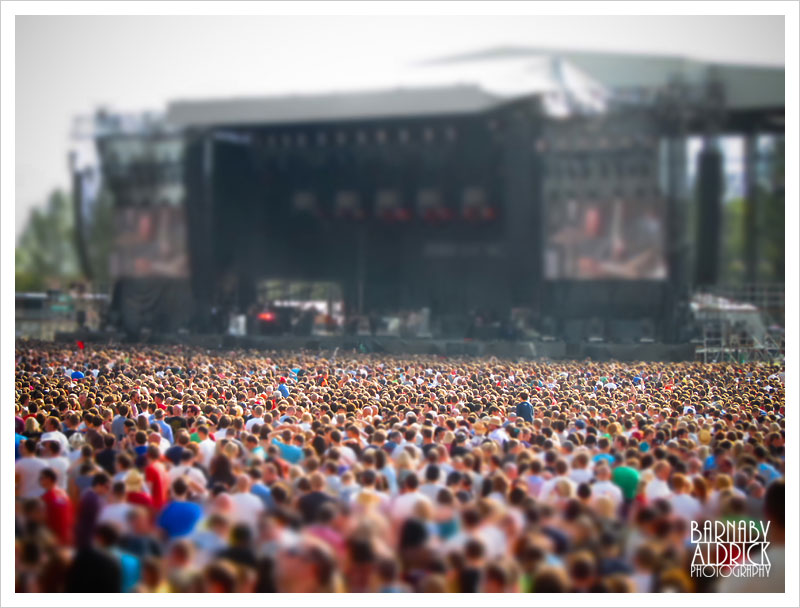 I love the miniature mode on my camera.  It gives such a genius tilt-shift effect to images, making everything look wee like a model. 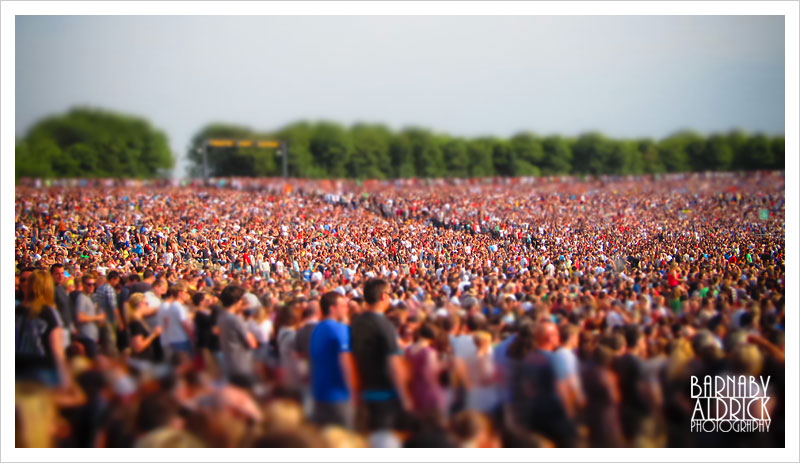 Though it’s no where near as tasty as a real tilt-shift lens on a DSLR, believe me.  Check this post out for more. 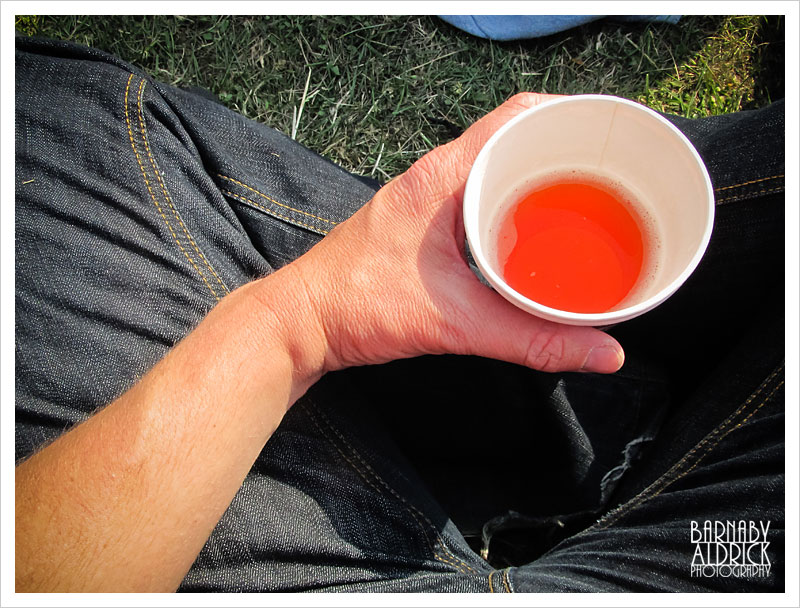 The cider, albeit tasty, was dubiously orange. 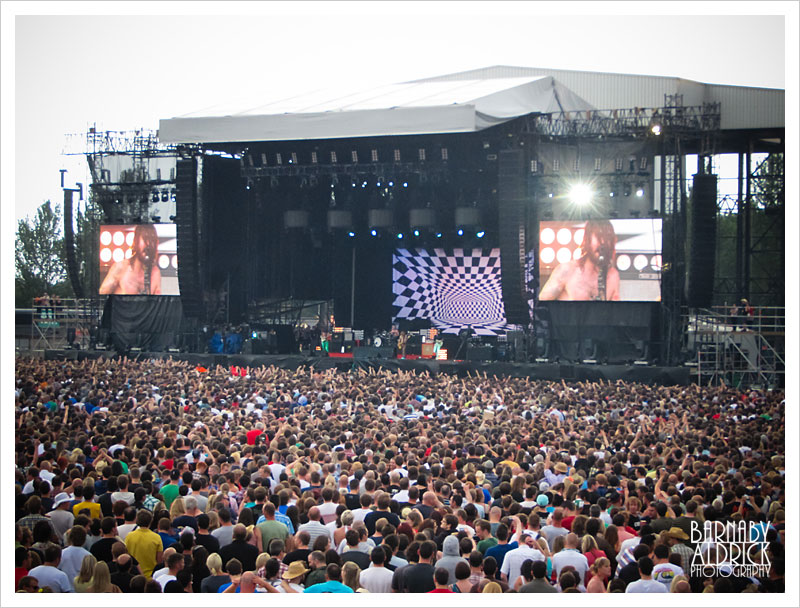 But it’s always tough when not only are people not there to see the support, but those acts get 8ft square to play in & don’t get the full spread of the sound rig. 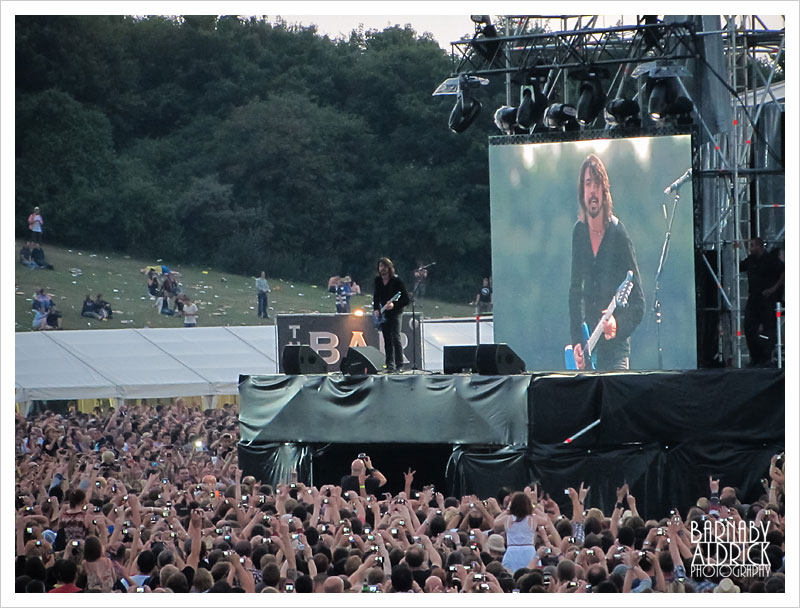 When the Foos stepped up, they we’re so much louder & clearer.

Booker rightly pointed out that support are only allowed to turn their amps to 8, while the main act can crank to 11. 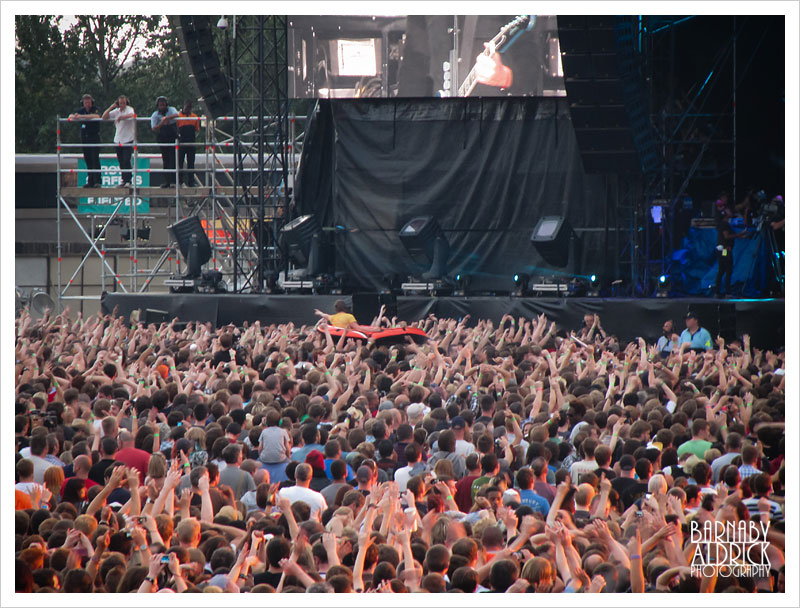 It was hilarious to see some nut had brought & inflated a full on boat to surf the crowds.

Dave Grohl dedicated a song to the crazy guy. 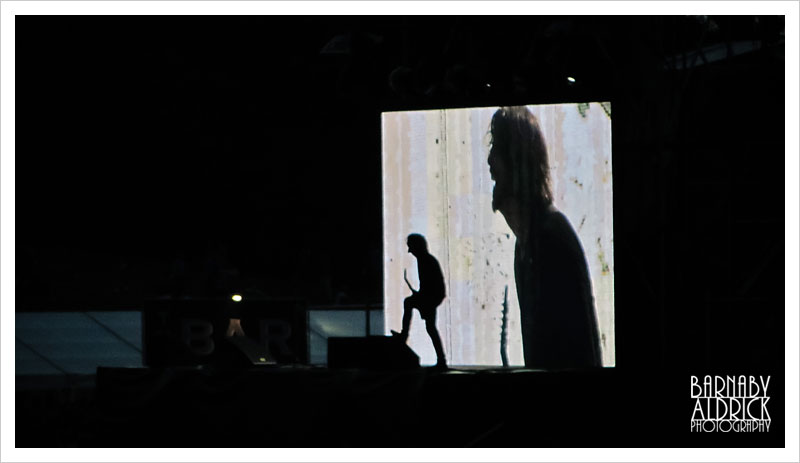 For those interested in getting the most out of compact cameras at stadium gigs, check this post I recently put up about how I do it. 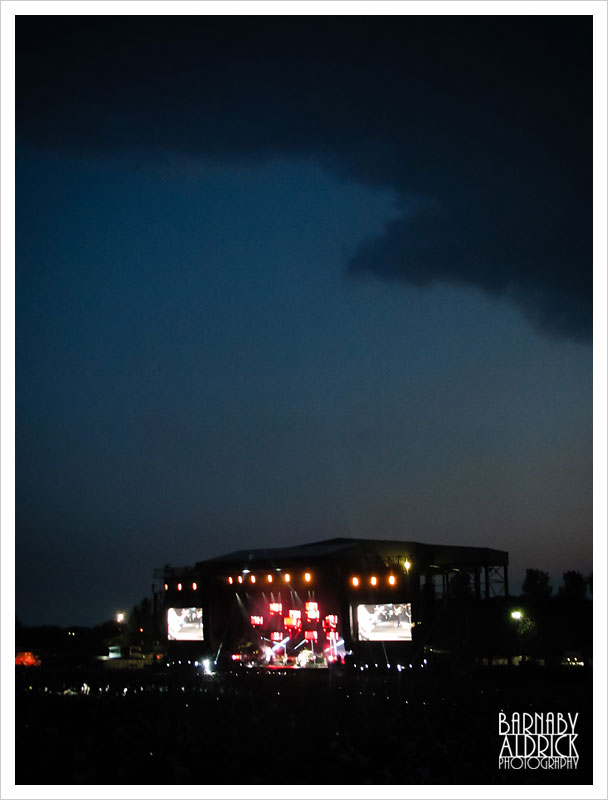 As dusk kicked in the gig really took off.

I was a little dubious, as I’m not a psycho fan of the Foos, but they really did deliver a wicked show 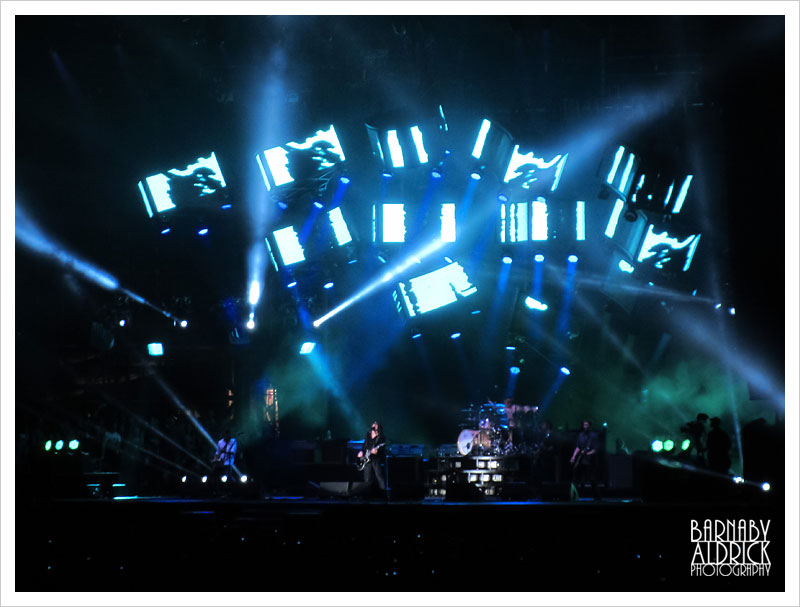 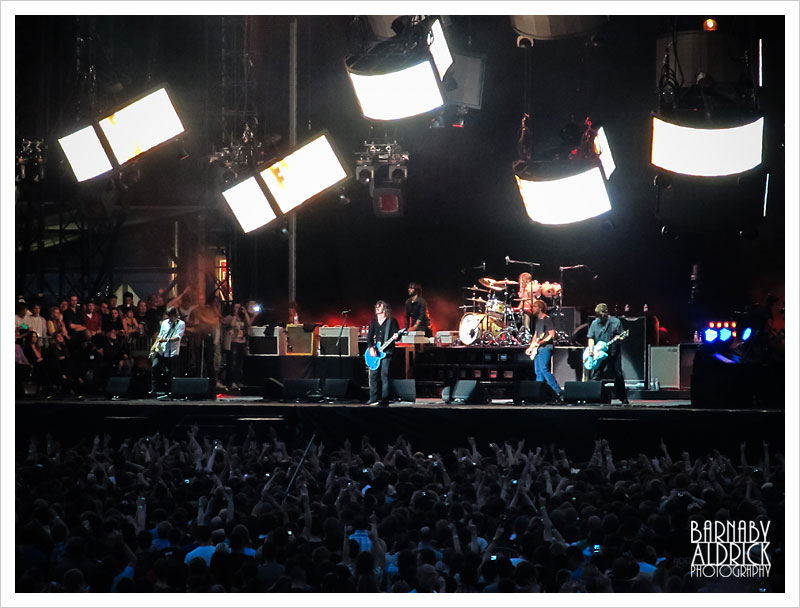 They had some pretty cool screen / light boxes that kept moving around through the set. 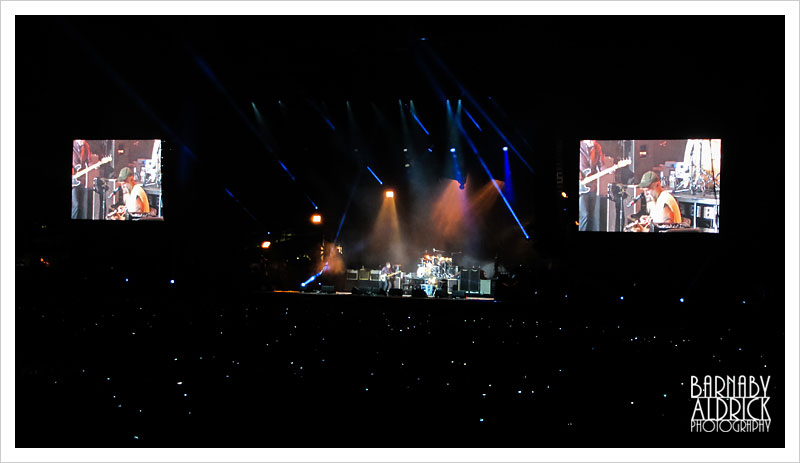 The night before (also at the MK Bowl) they’d had Alice Cooper join them on stage.

On our night, Seasick Steve & John Paul Jones (Led Zeppelin’s basist) joined Dave on drums for a bit of a jam.

I met Seasick Steve when I was photographing at Leeds Festival and he’s an absolute dude. 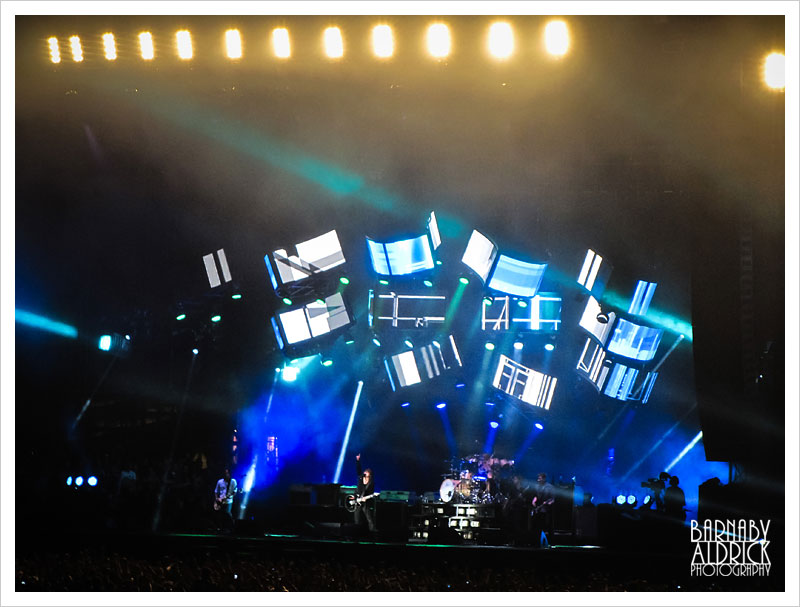 It was an amazing show all round and I’d fully endorse checking these guys out live, whether you’re a fan or not.

They’ll make you smile and will blow your socks off. 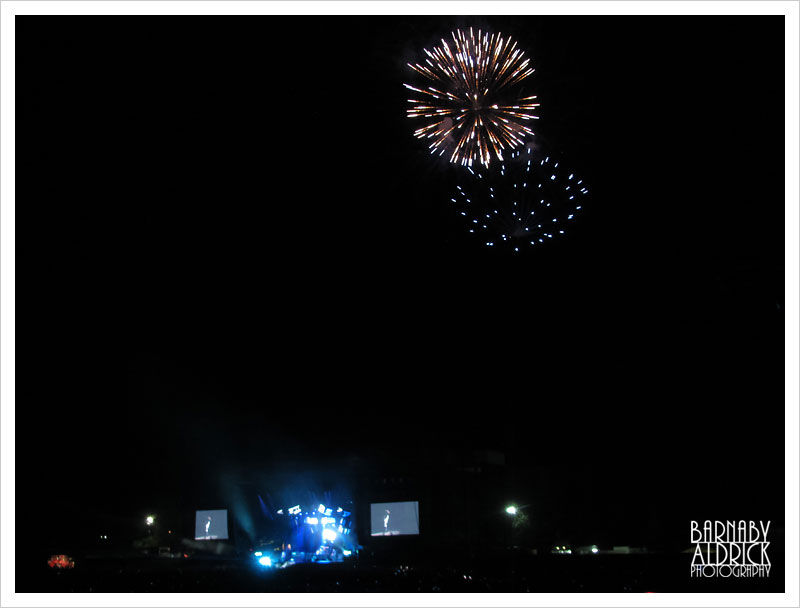 Especially when they wrapped up the show with some rad firework action.