My student halls, ‘Broadgate Park‘ at the University of Nottingham were like a young offenders institute (in some blocks for more than aesthetic reasons); with ship-like safetyglass door, frigid bare-brick stairwells bursting with unloved bikes and asymmetrical lino kitchens criss-crossed with snail trails.

A recent job took me to an altogether different pile of bricks, up in the sky. 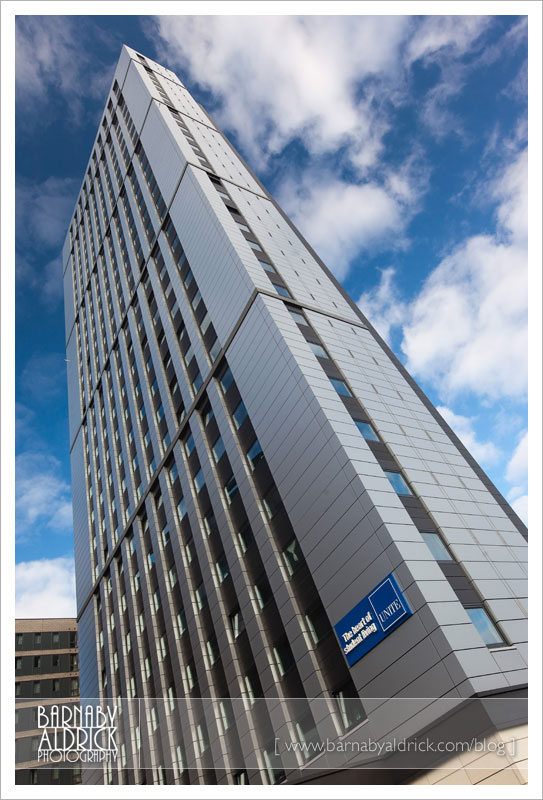 Not long since finished, Sky Plaza hold the *ehem* lofty (sorry) claim of being the tallest student housing in the WORLD at 37 storeys and 103m high. 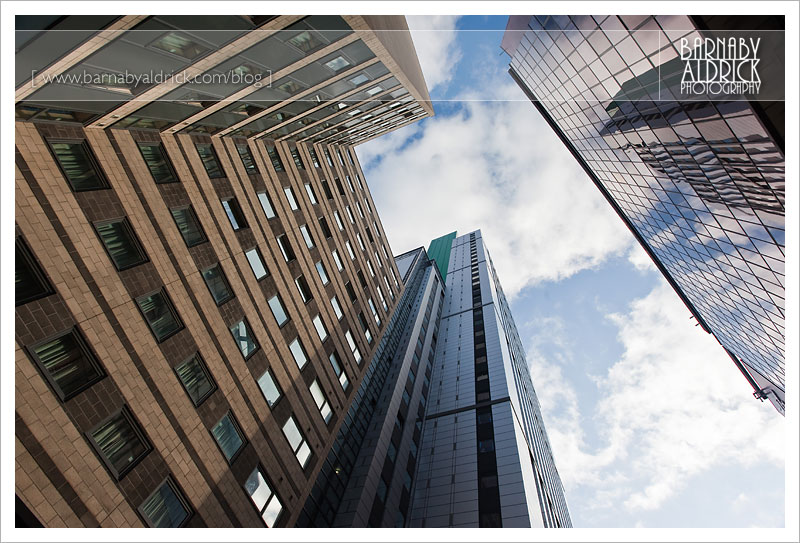 In other accolades, I also stumbled upon it online on the ‘Bad British Architcture Blog‘. Someone REALLY isn’t keen. 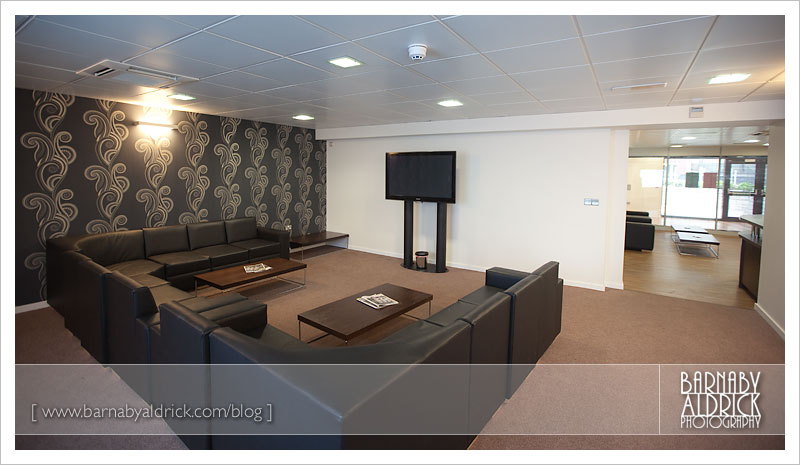 As we went up to the flat we passed a receptionists desk, coffee bar & mini-market, we keycarding into a ‘Premier’ area, with it’s own 60″ plasma…

All the flats have an LCD TV in the lounge and each bedroom too! 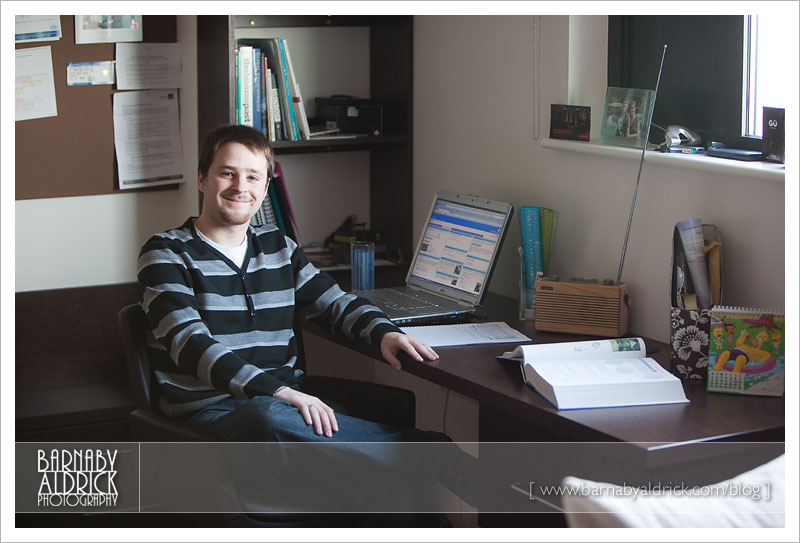 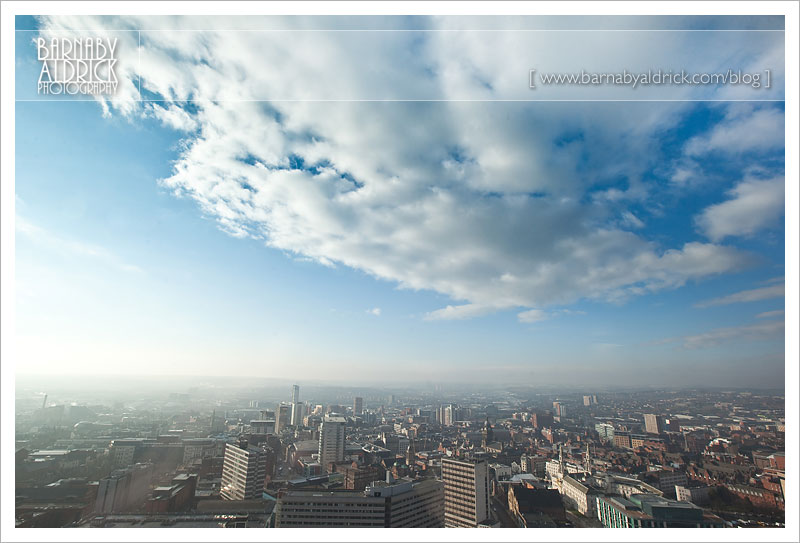 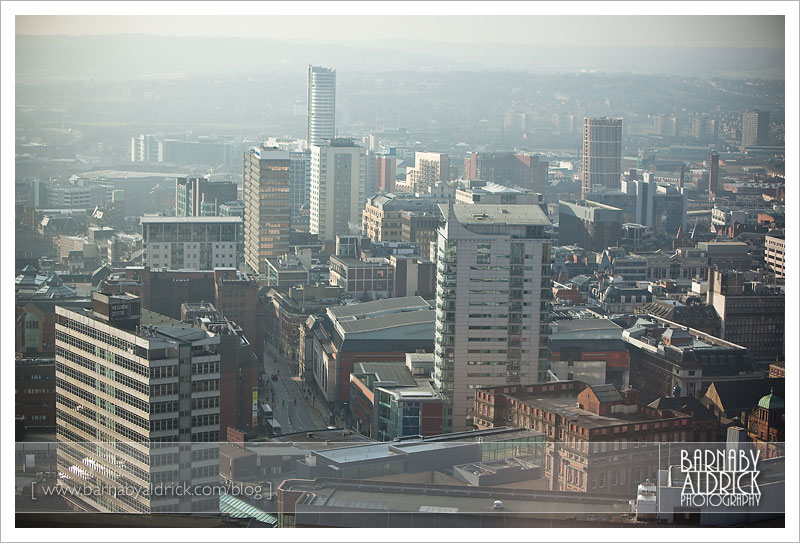 I love looking down on people! If you take my drift.

Those are some seriously tall builings we’re looking down on from 100m up in the air. 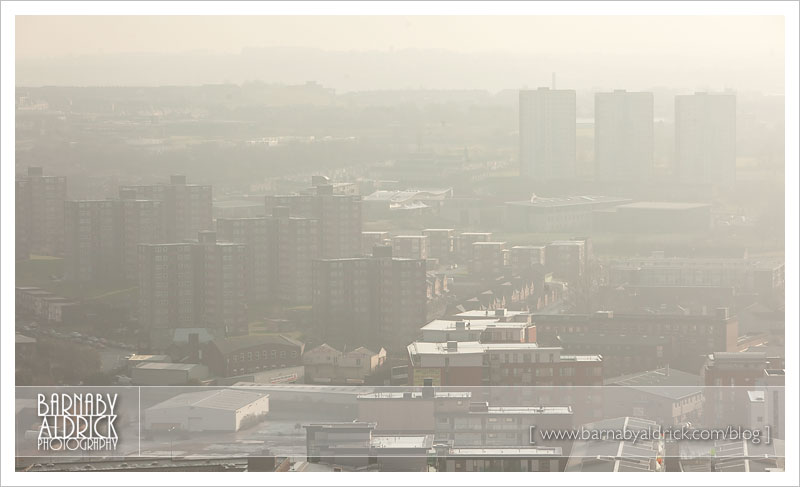 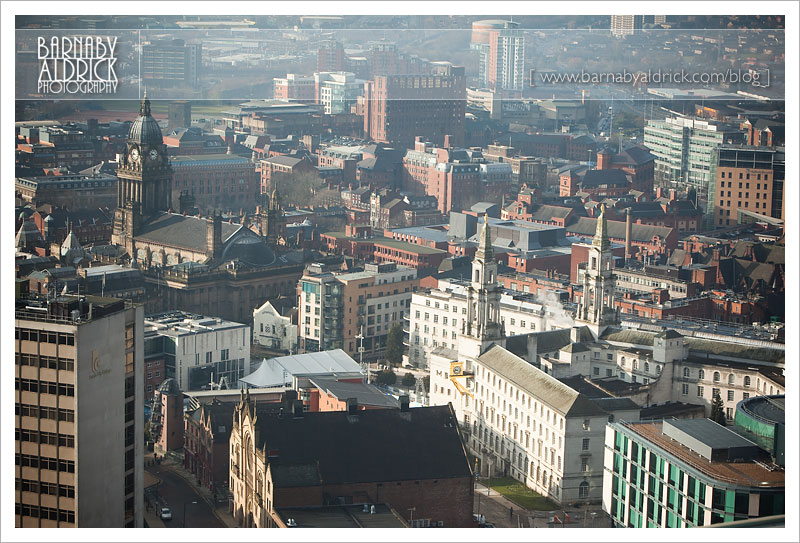 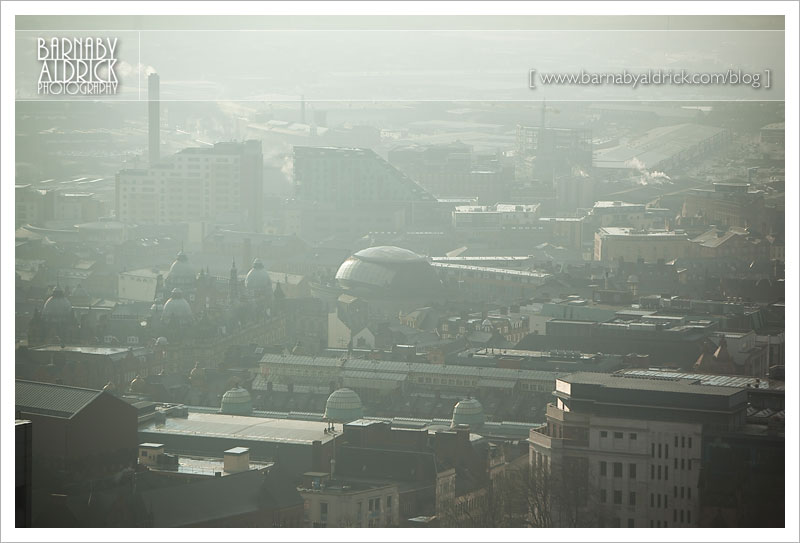 Out towards the Victorian Markets, shopping arcades and Corn Exchange. 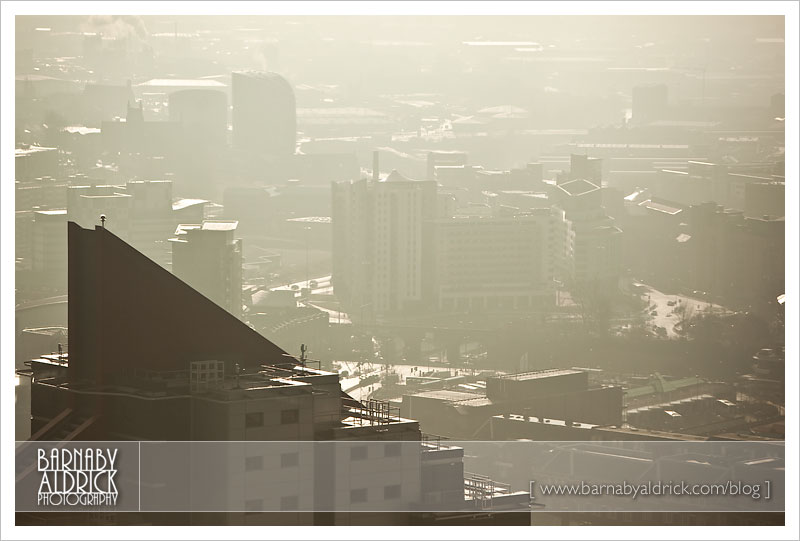 And finally out South, over towards the River Aire. I like the big dirty building jutting in, as though from a chopper flying by in a film.

It was funny, while I was up there an old Jamaican cleaner chap came and chatted with me.  He was saying he remembers them building it, and when the cranes went up. He said he spoke with a driver of a crane (who he said ‘had a seat in da sky’) who told him when he was up this 100+m high crane and they were lifting massive girders the whole thing would flex over loads and they’d have to stop winching while it steadied itself.  Not on my list of top jobs I can tell you.  Imagine working up there in a storm.

So there you are – you just got high in Leeds!