As promised (dear readers!) I vowed to shoot a couple of behind the scenes pics to show how I get what I get on location with limited gear. 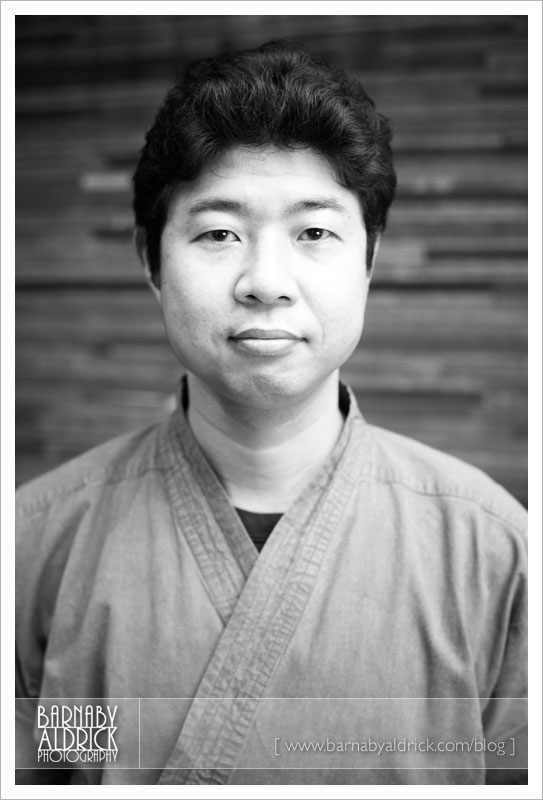 Starting with a beautiful Japanese ‘Yaki Soba’ Norman’s in Leeds made by this chap. 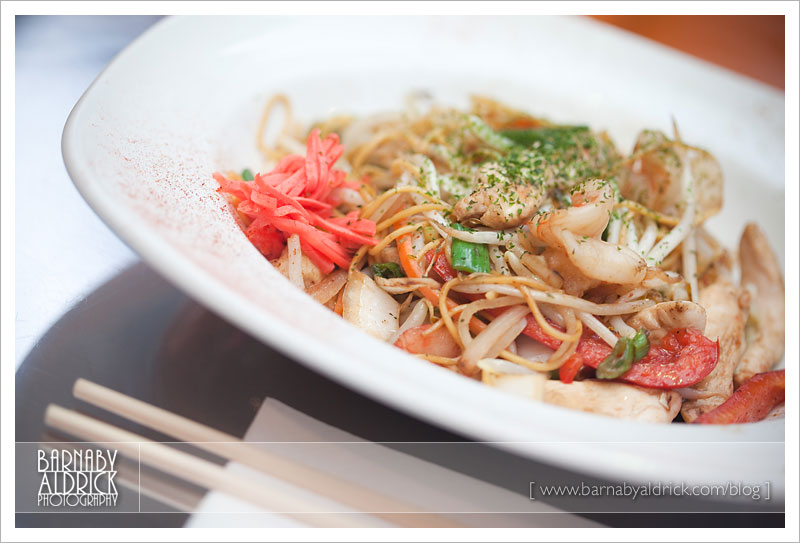 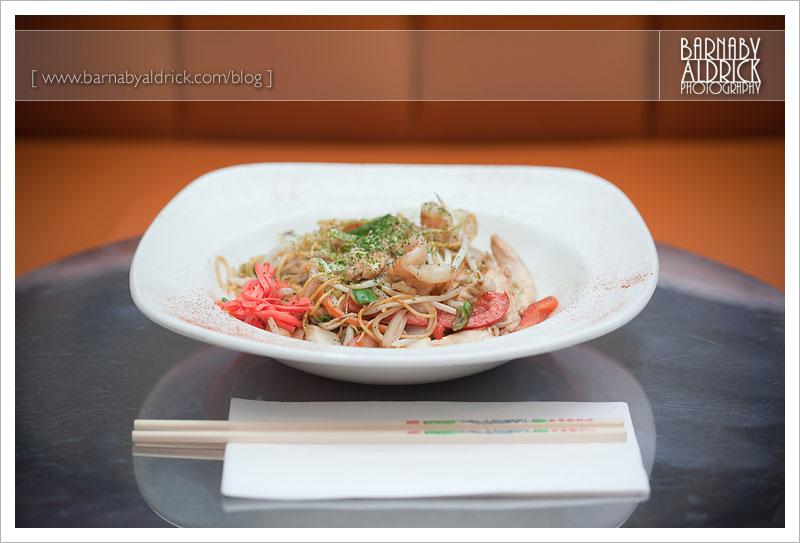 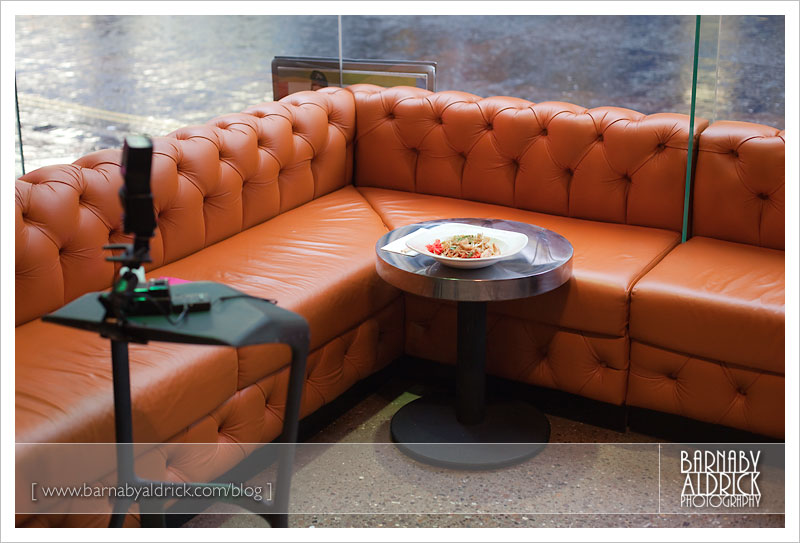 A flashgun, set manually (probably at about 1/4 power) and triggered with a skyport transmitter to bounce off a white roof above.

Then we settled down to pie out. Gotta love that pink pickled ginger… 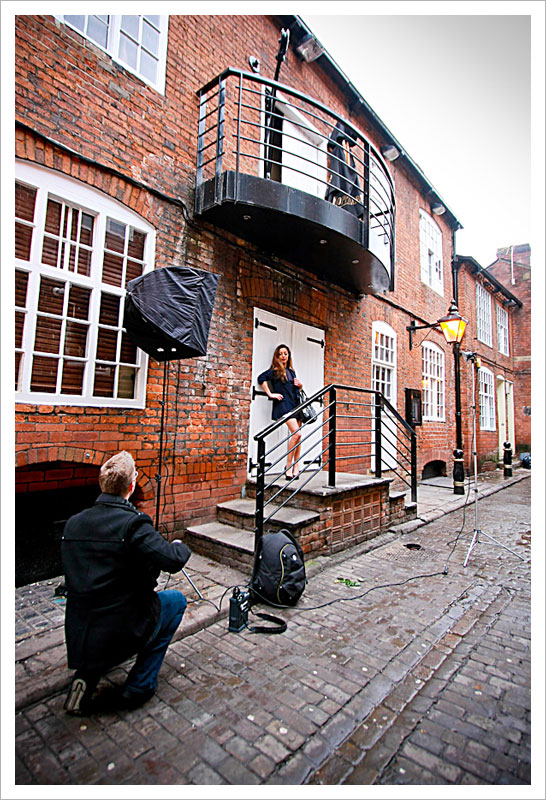 A later shoot was rustled up down an alley (literally round the corner from Norman’s).  Above was one of Ben’s shots showing the This was the first of two setups using my Quadra heads; main flash left and a key light from the right..

The ‘My Favourite Outfit’ feature can be a bit disconcerting for the subject, as they’ve generally never done anything like this before.  So I’ve got about 5 minutes to try and put them at ease so I can leave with at least one killer shot! Elena brought some pals along for moral support and was modeling clothes she’d made herself! 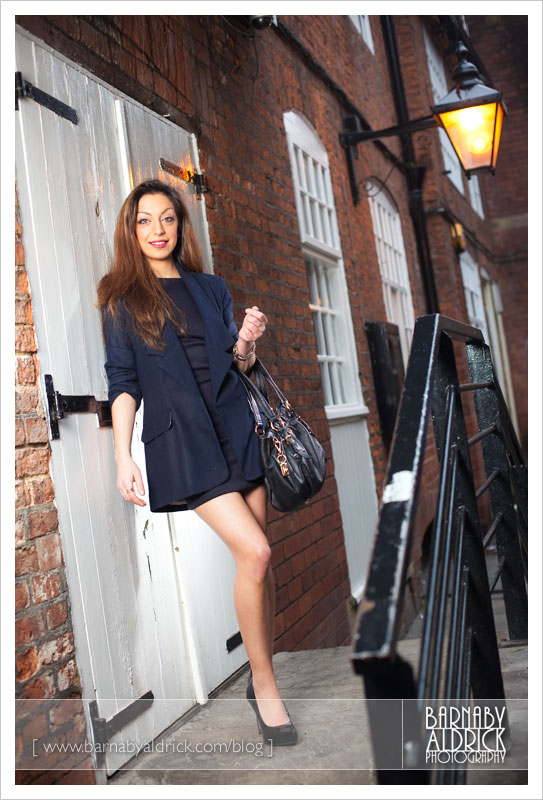 Not bad, but I wasn’t best pleased with the look. 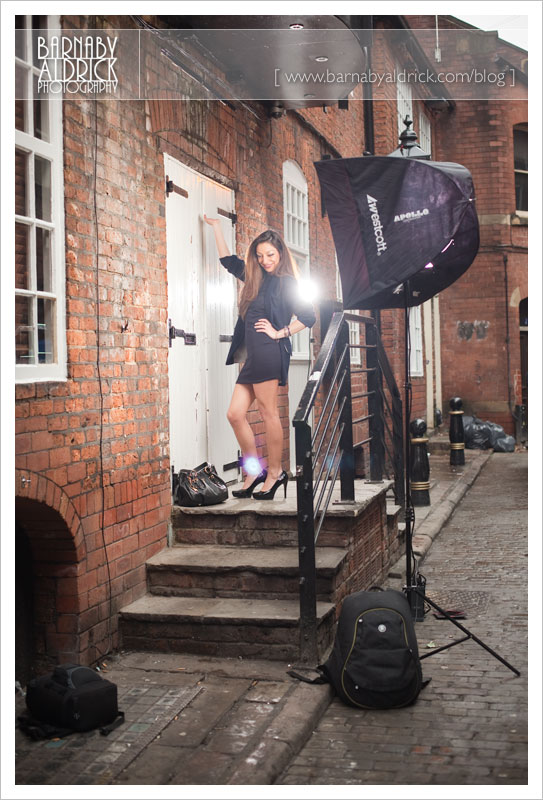 So we switched the fill light to the right and the key right behind.

Check out our subject! What a legend. 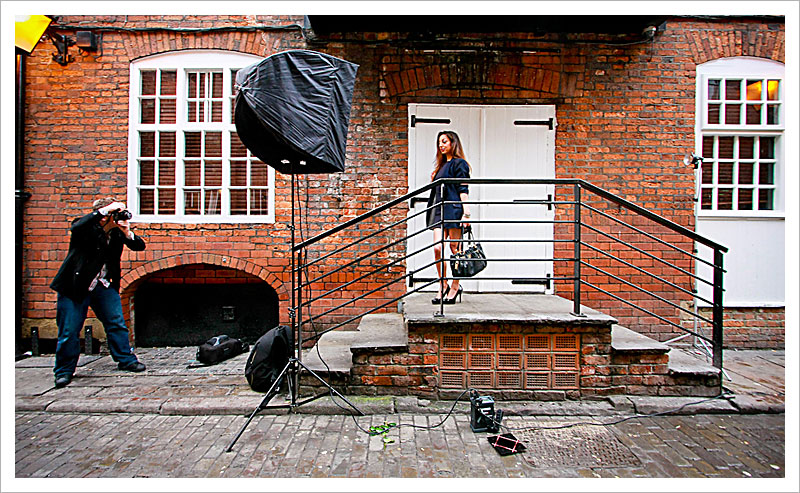 Here’s another of Ben’s from the side showing the placement of the heads. 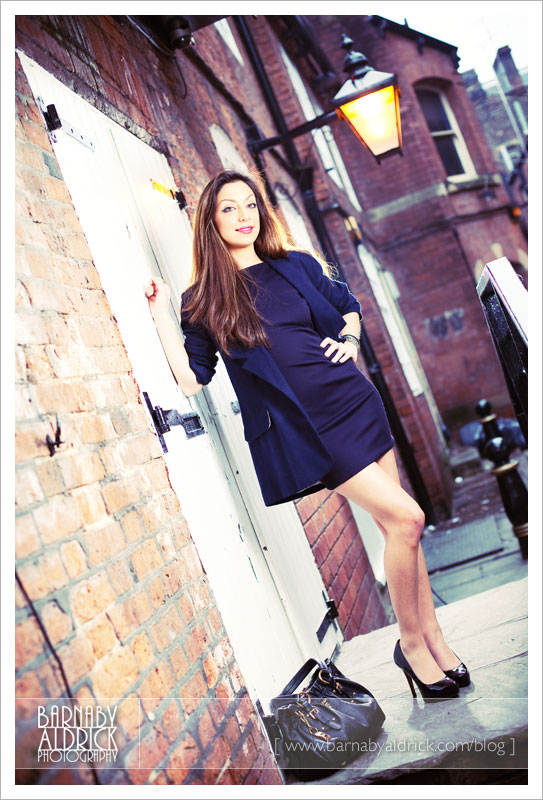 You can’t see the light hidden behind (though I could do with loosing the cable!), but that rear light is nicely ‘rim-lighting’ her hair, arm & dress. 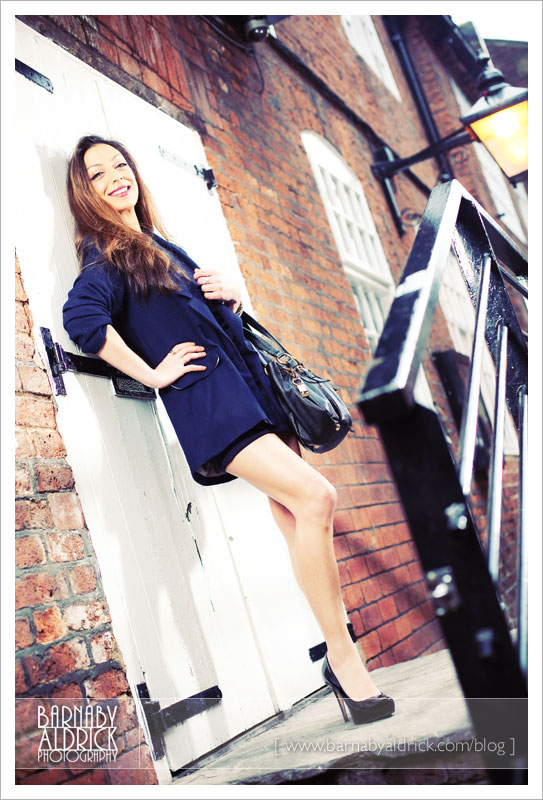 I think this was my fave shot though. Both final shots had a bit of fashiony post-processing (using a bit of Kubota Image Tools ‘Fashion Passion’ photoshop action), but at the end of the day, I think the final shot was made by Elena having a bit of fun, and that shining through.