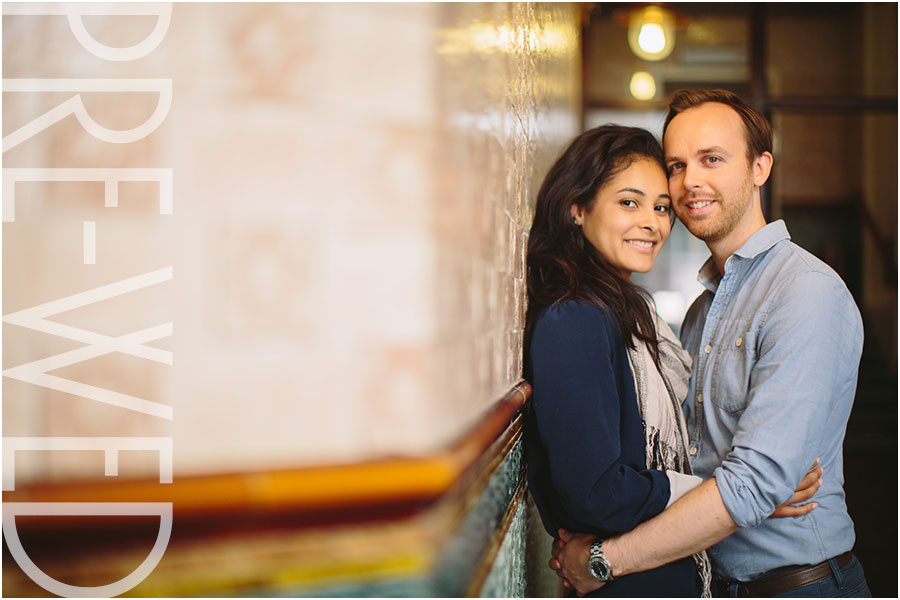 A little while back I joined Marina & Joff for their pre-wedding catch up & practice shoot at the Midland Hotel & the Bradford Cathedral in central Bradford. 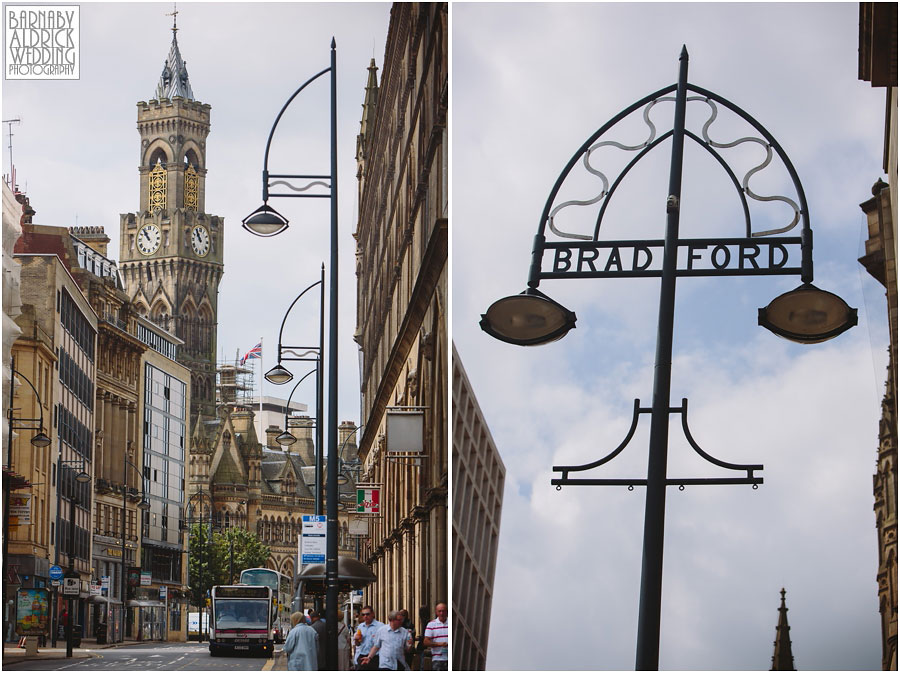 Contrary to popular opinion, Bradford is actually a grand and beautiful city; bursting with vast Victorian architecture from a powerful past. 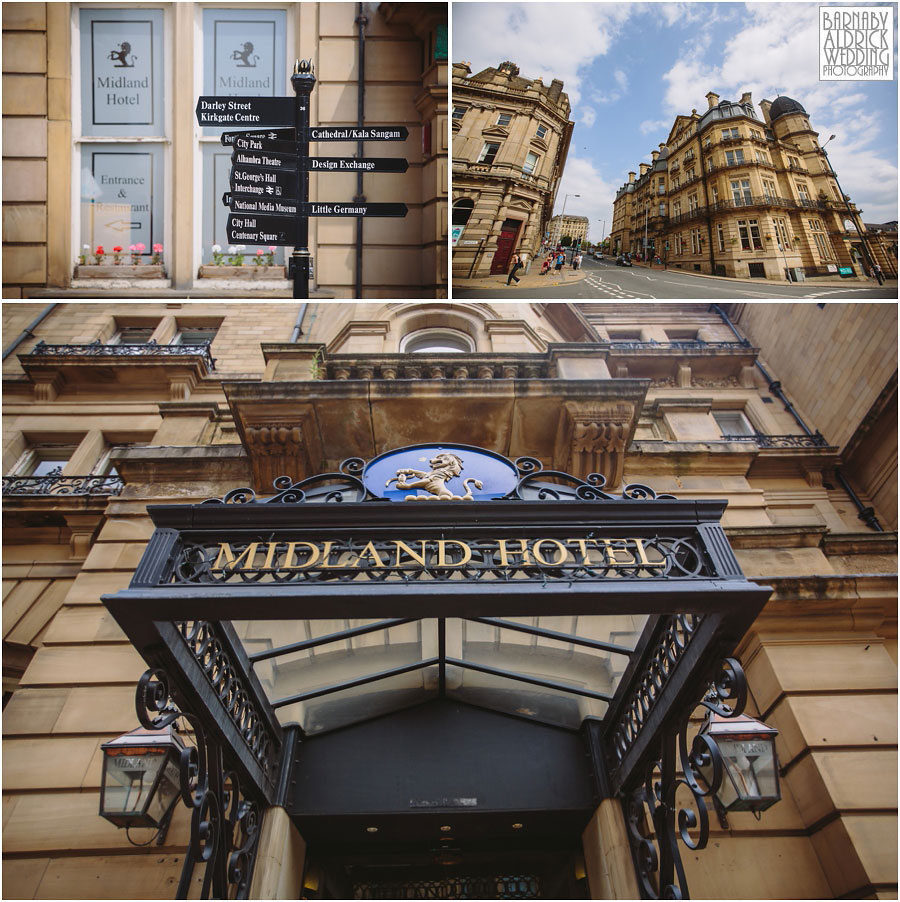 Marina & Joff’s wedding reception is going to be held at The Midland Hotel, so we met there for a nosey. 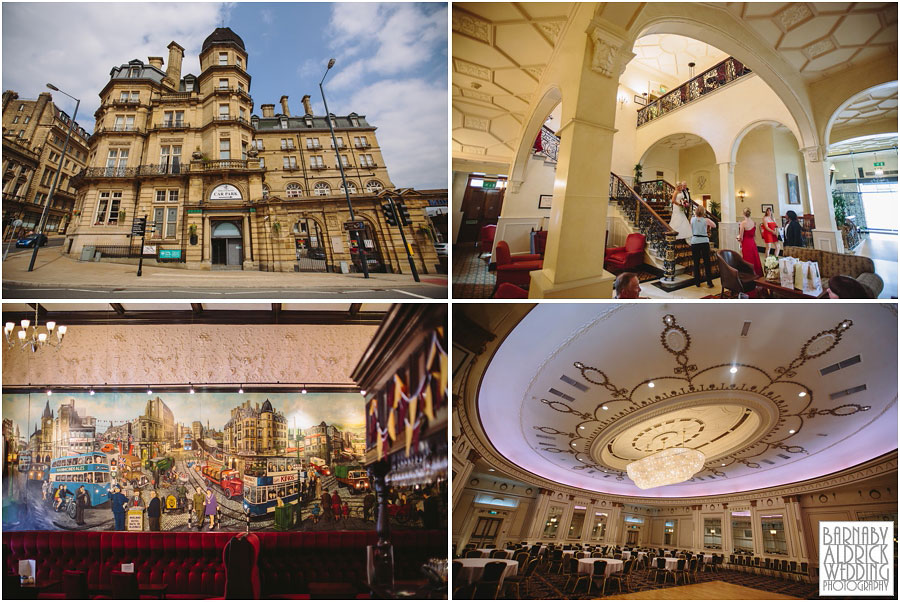 Built by the Midland Railway Company during the 1880s as a showpiece for the railway company’s northern operations, and is of particular architectural interest with some of the finest Victorian interiors in the city. 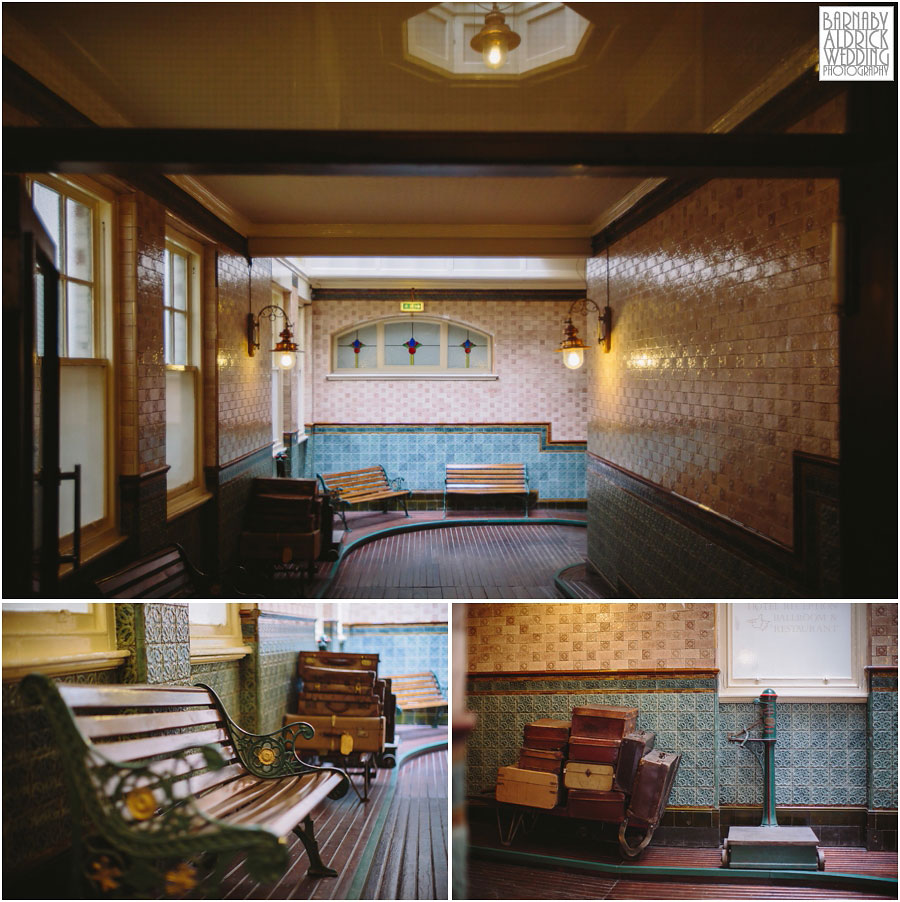 It once had its very own railway platform, and while no longer in use, the Victorian Passageway with its floor to ceiling Burmantoft tiles is a great feature! 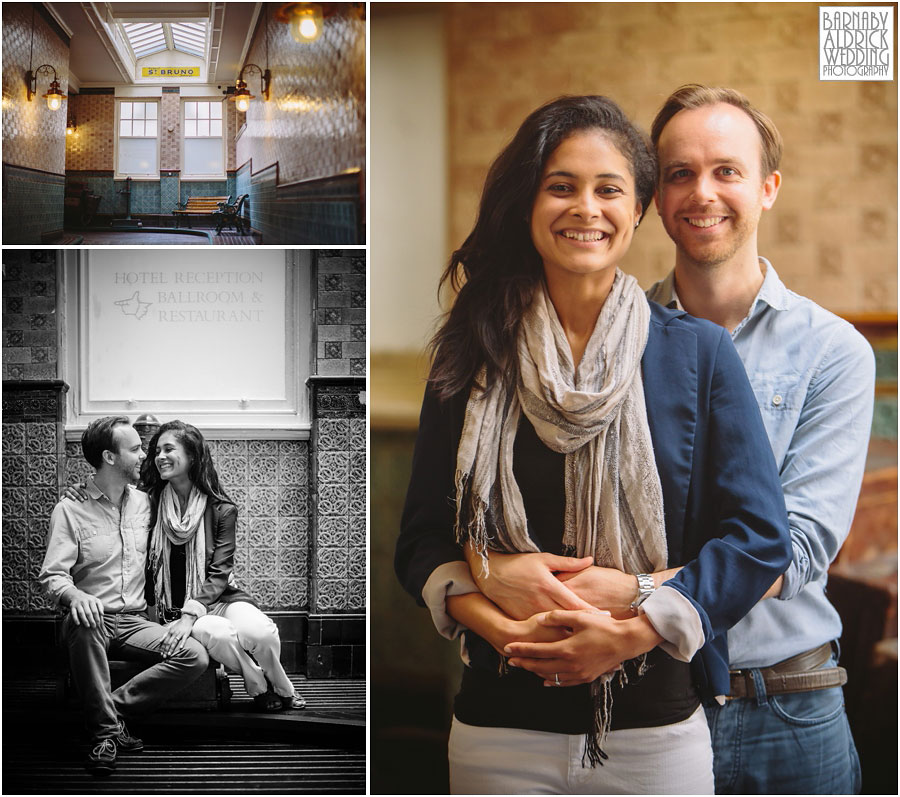 So that’s where we kicked off the practice portraits!

Essentially, the ‘pre-wedding shoot’ is like stretching ahead of the big day, so couples are used to how it feels to be photographed (generally pretty odd!) and it irons out any anxieties they may have about the process.  Plus is makes the shoot itself of their big day quicker, and they can get back to the mingles, fizz & canapés!

These are a few of my favourites from the pretty passageway… 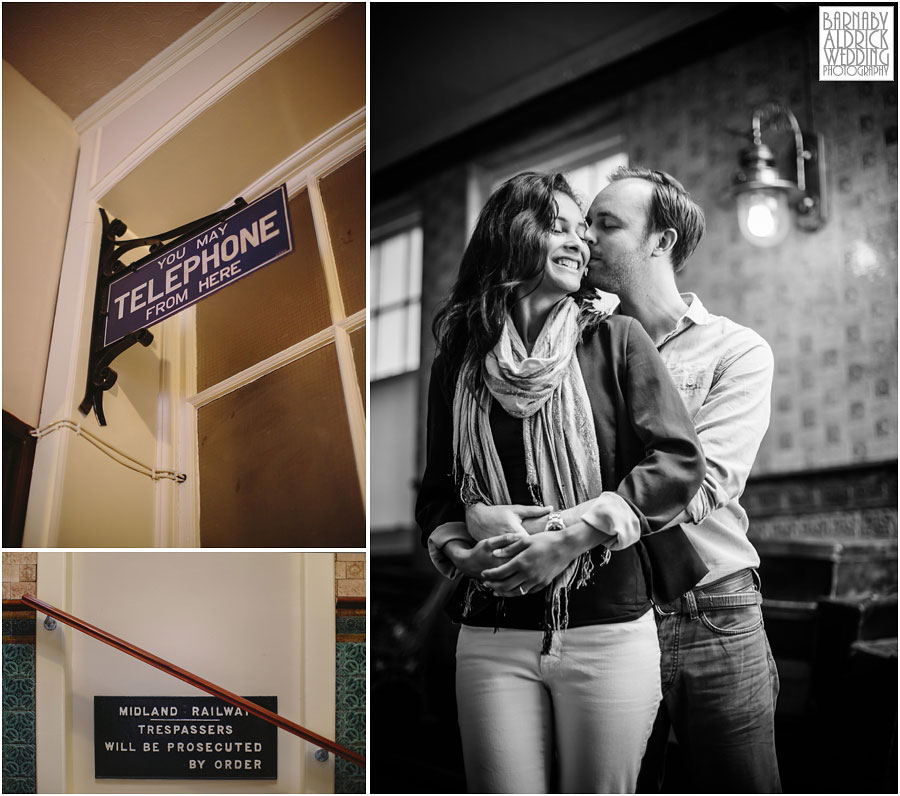 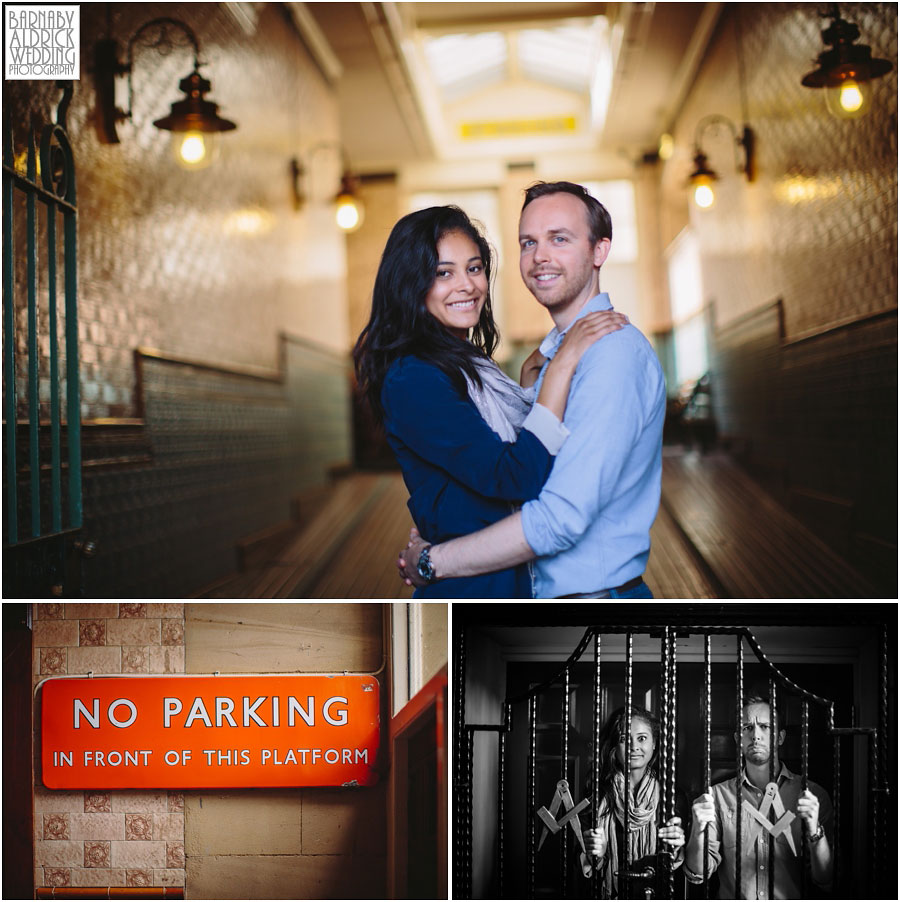 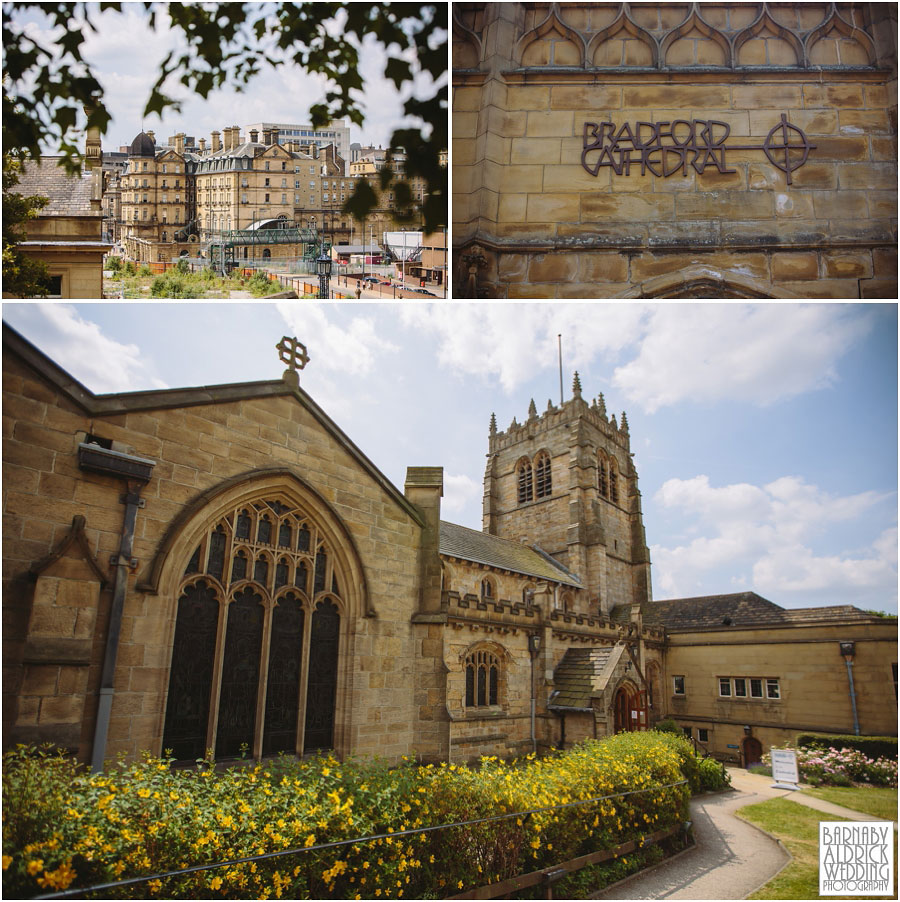 Afterwards we walked up the hill to Bradford Cathedral (AKA: Cathedral Church of St Peter), as I’d never been there before. 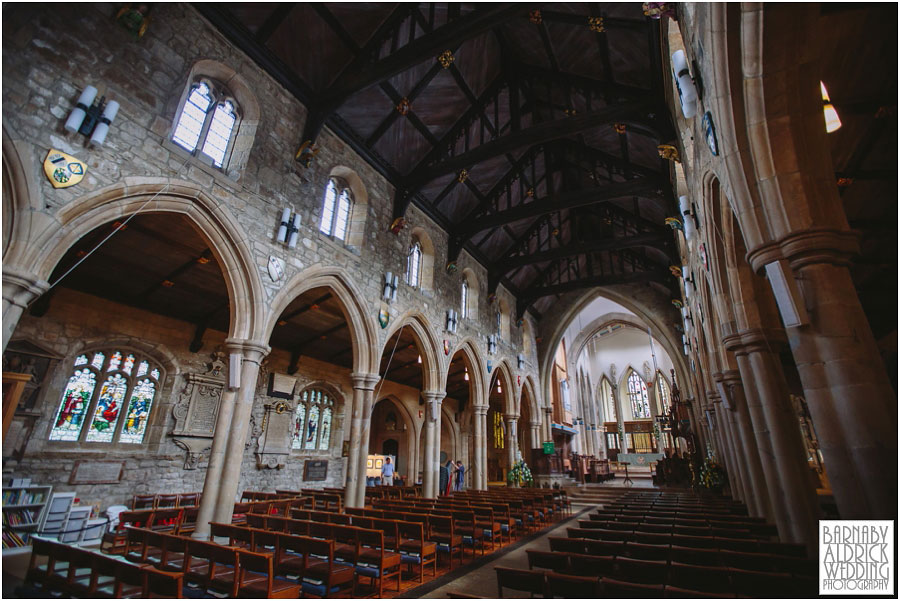 It’s a beautiful, hidden gem of a building. Apparently there’s been evidence of worship on the site dating all the way back to AD627, but the first church here was built in Anglo-Saxon times, falling into ruin during the Norman Invasion in 1066.  The present Cathedral is reckoned to date back to the fourteenth century and once upon a time was the old church in all of Bradford. 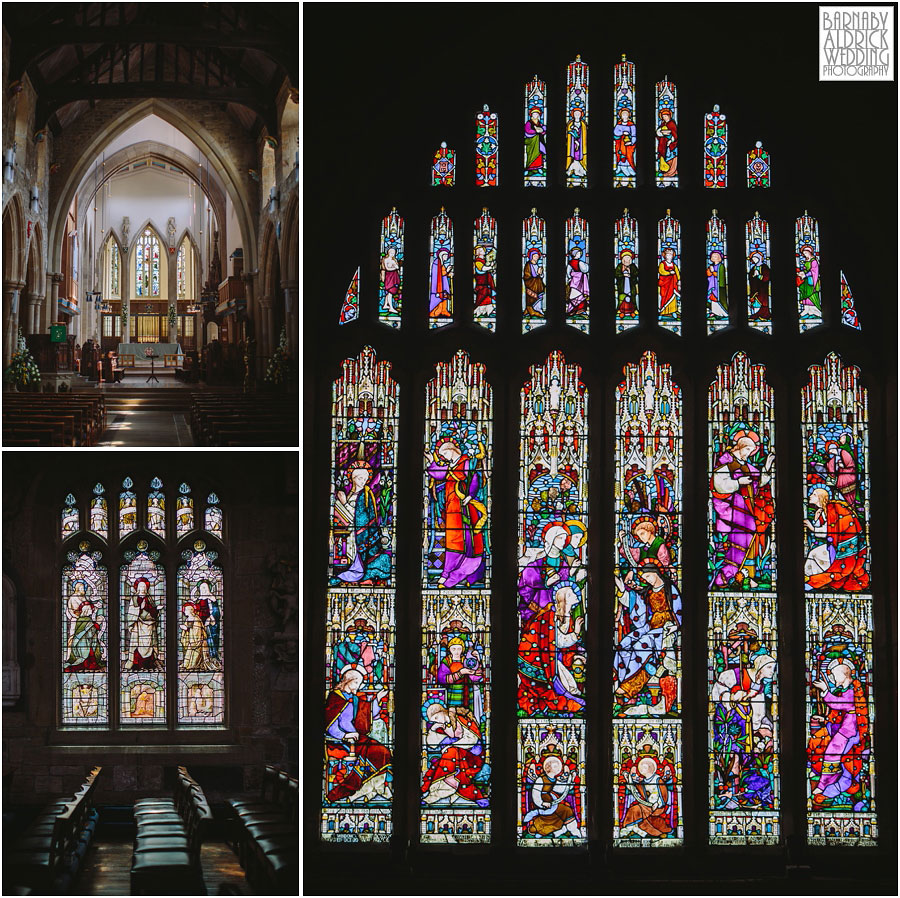 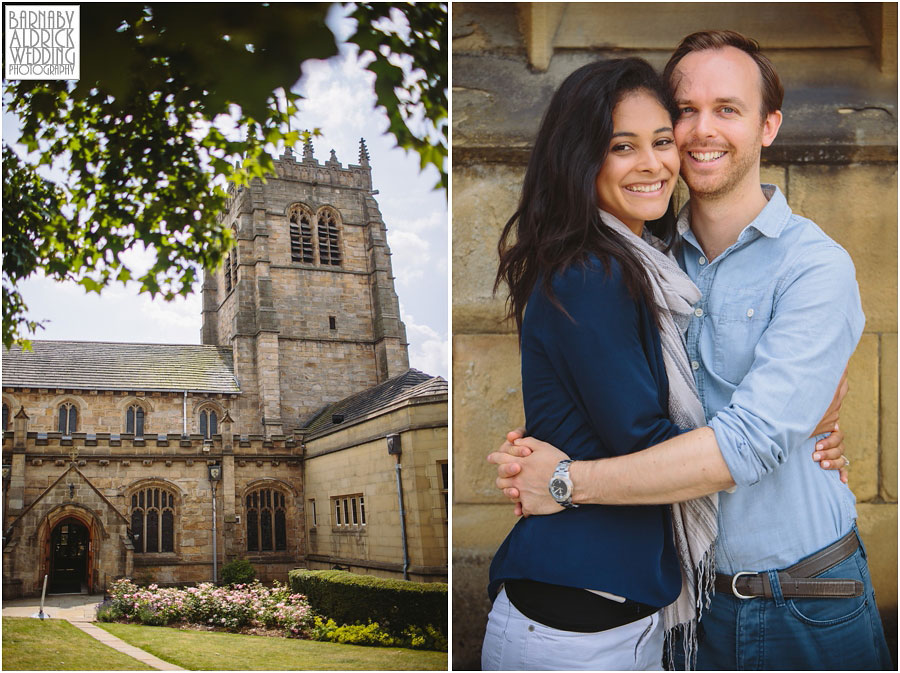 Joff’s dad is a member of the clergy, so has the honour of marrying them on their wedding day!  That’s always quite special to see. 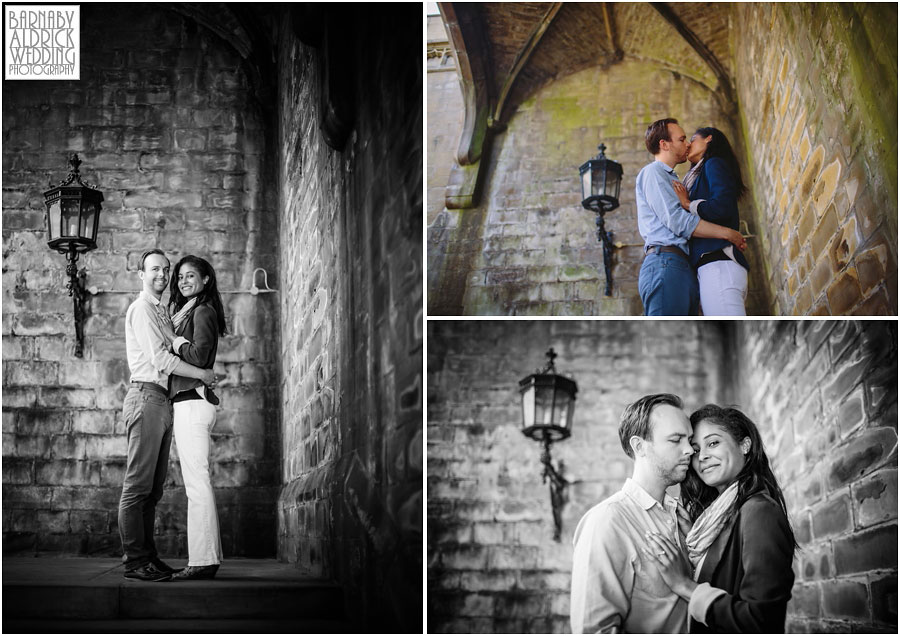 Well, these guys were easy to photograph and we had a good laugh cuddling up around these two grand spots! 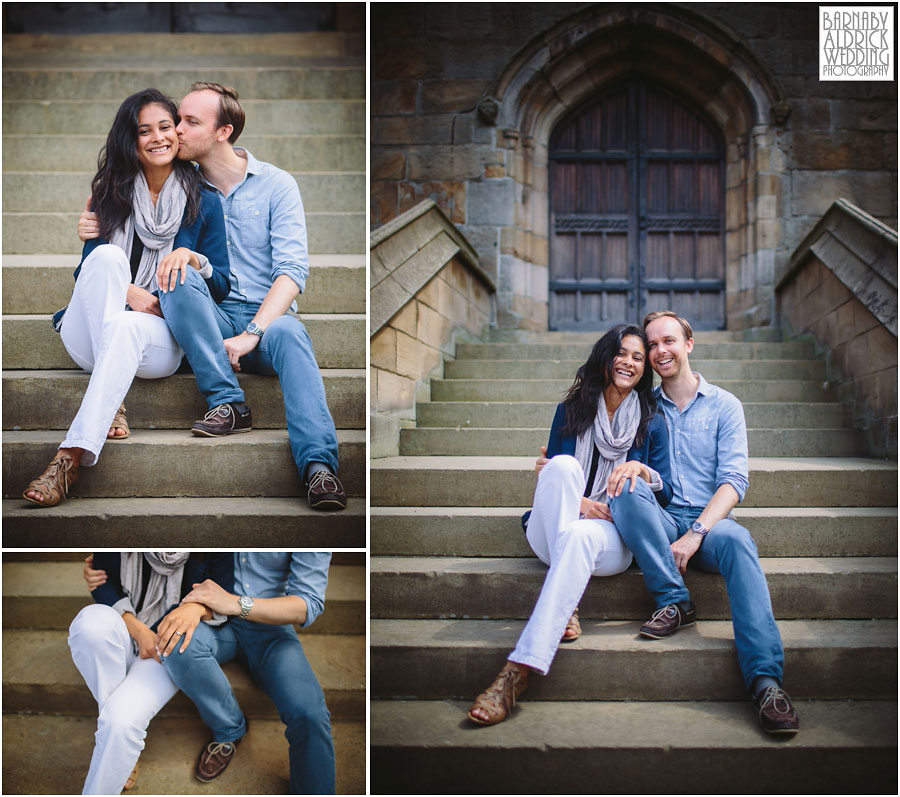 Here’s looking forward to their upcoming big day!  Keep your eyes peeled for their wedding story on the blog the day after their wedding!