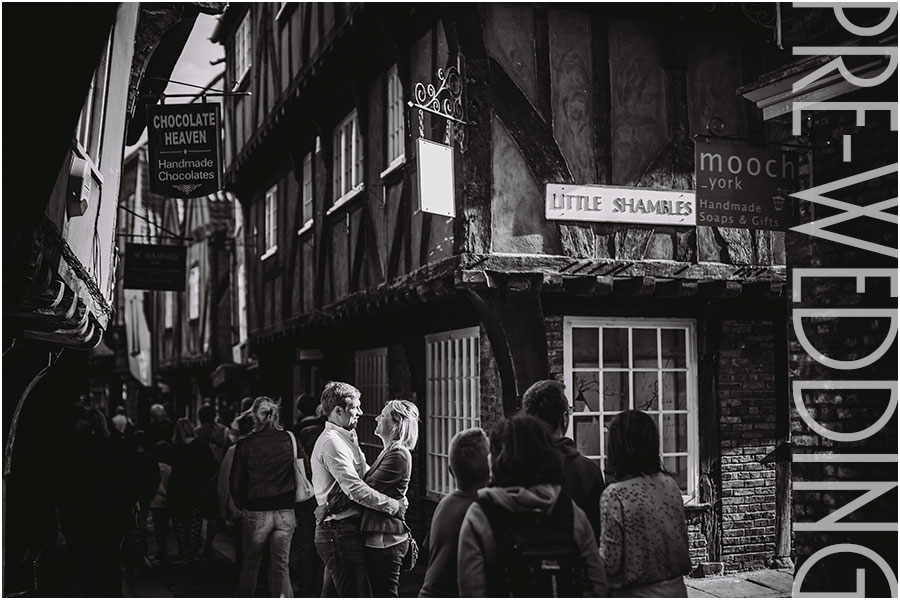 A few weeks back I was in York to meet Jennie & Phil to catch up about their big day at Woodlands Hotel this Saturday! 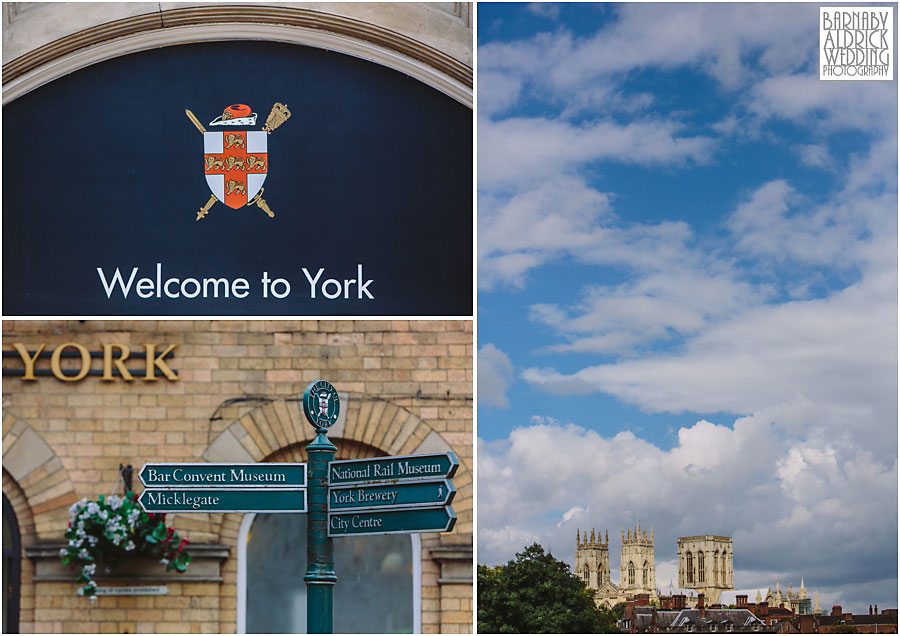 I do like to go visit York, partly ’cause I’m not from there and always seem to discover something new, and also ’cause I’ve photographed enough weddings there to know my way around the main areas. Plus, like the Americans, I love that it’s, like, super old, you know? 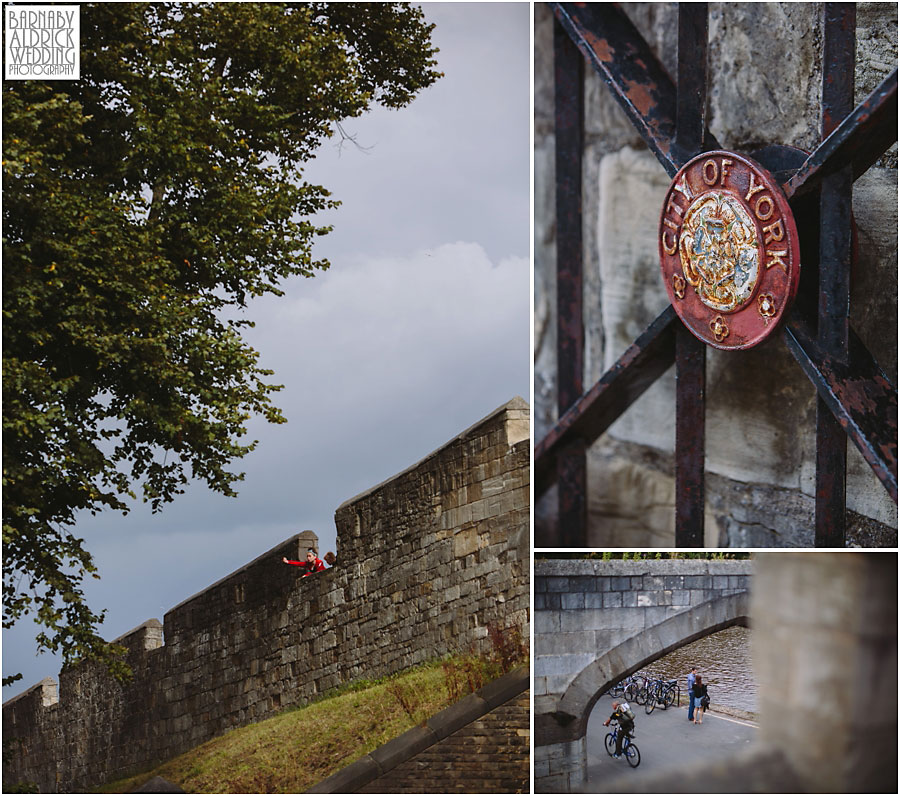 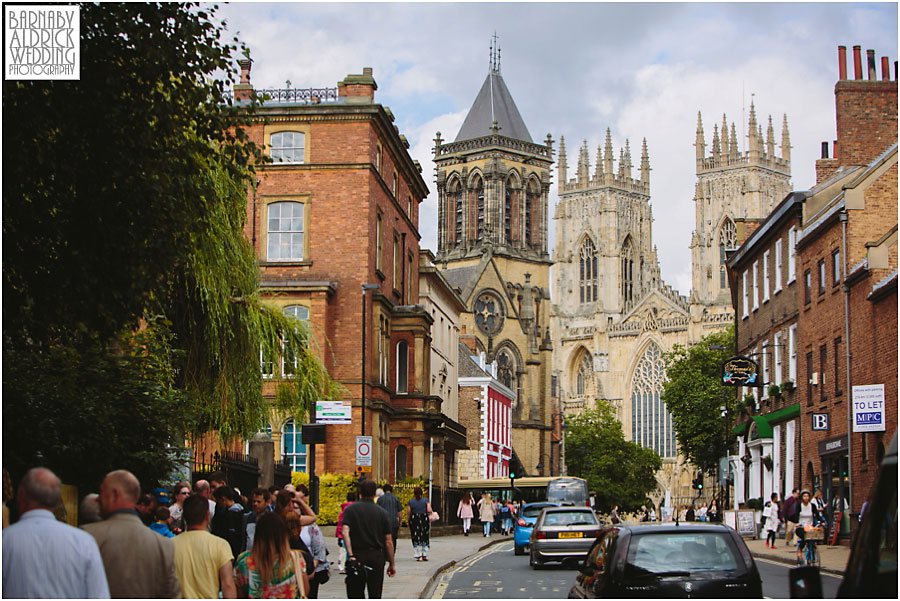 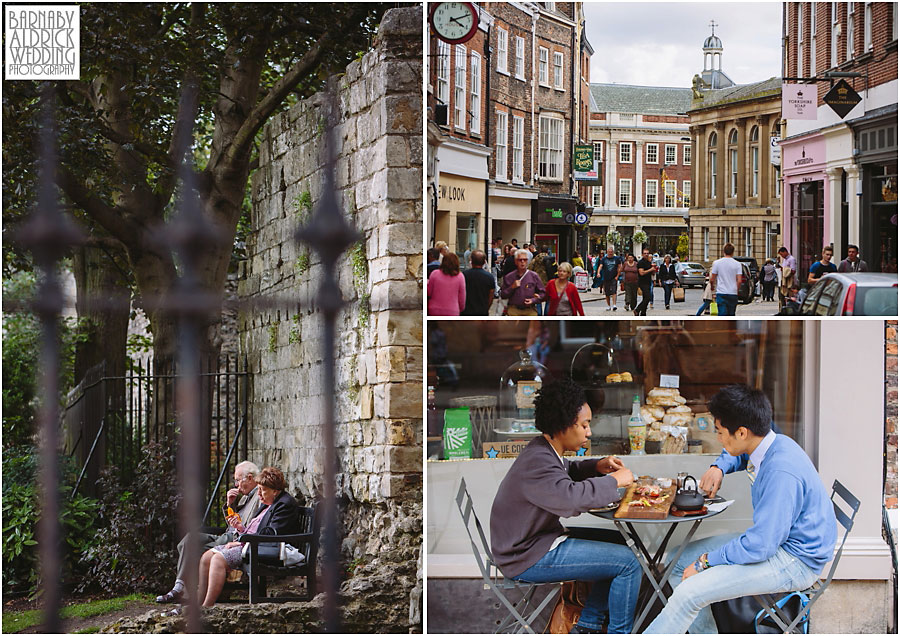 Like London, York’s an easy city to do street photography in, because it’s so packed with tourists already taking photographs.

So you kinda get carte blanche to shoot everyone. 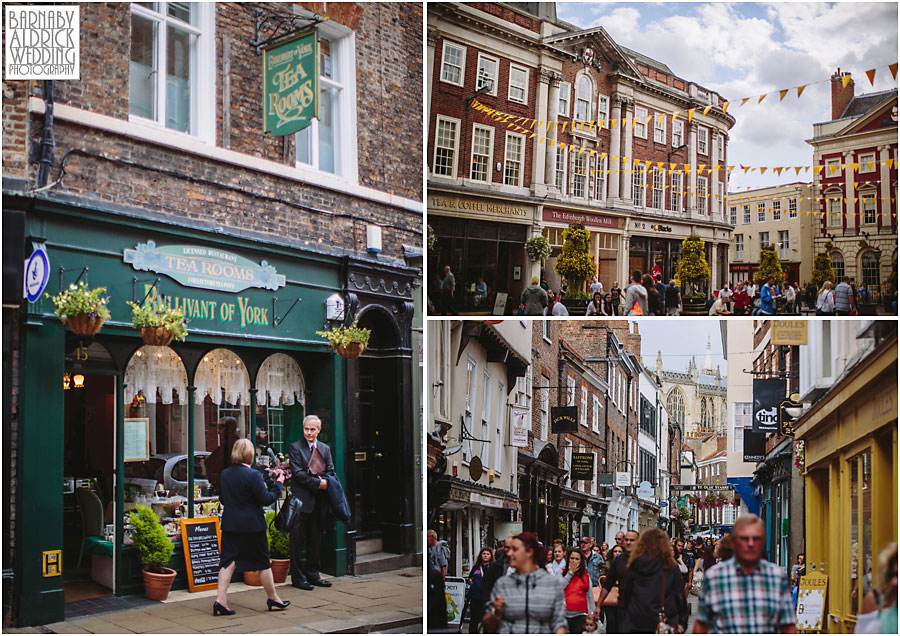 I got a shed load of photos from this stroll, and combined with the wedding at The Merchant Adventurer’s Hall a few weeks back, where Hamish & I also took a scene setting stroll through central York on the way to meet Lindy + Tim, I’m thinking I might do a full personal York post of images from around York. Watch this space! 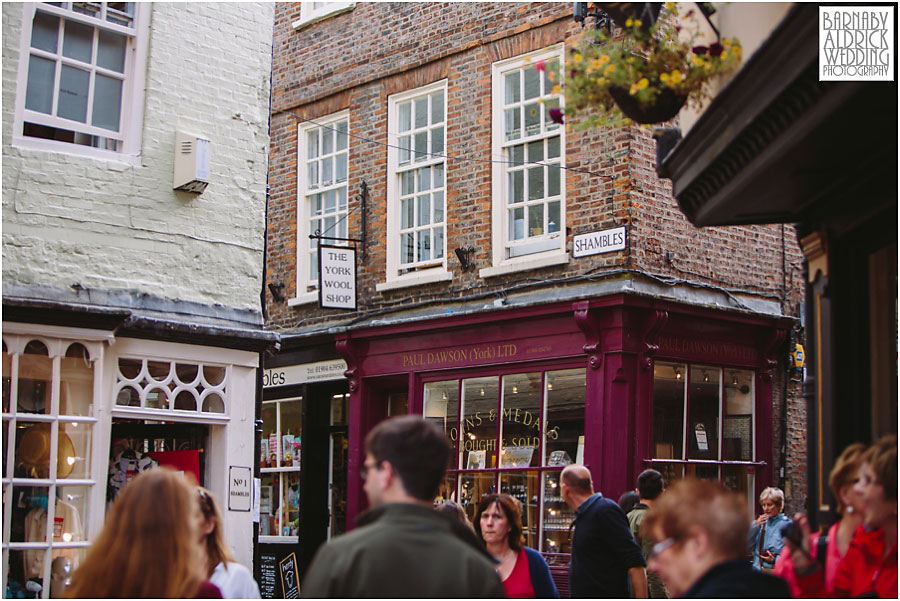 So Jennie, Phil & I decided to meet at a cafe on the infamous Shambles, as it’s actually a fun place to start the shoot.

It’s always packed with tourists (again, all photographing every square inch of the street), and is both so busy that it feels a very public place to start, and yet, everyone ignores each other as it’s so busy! 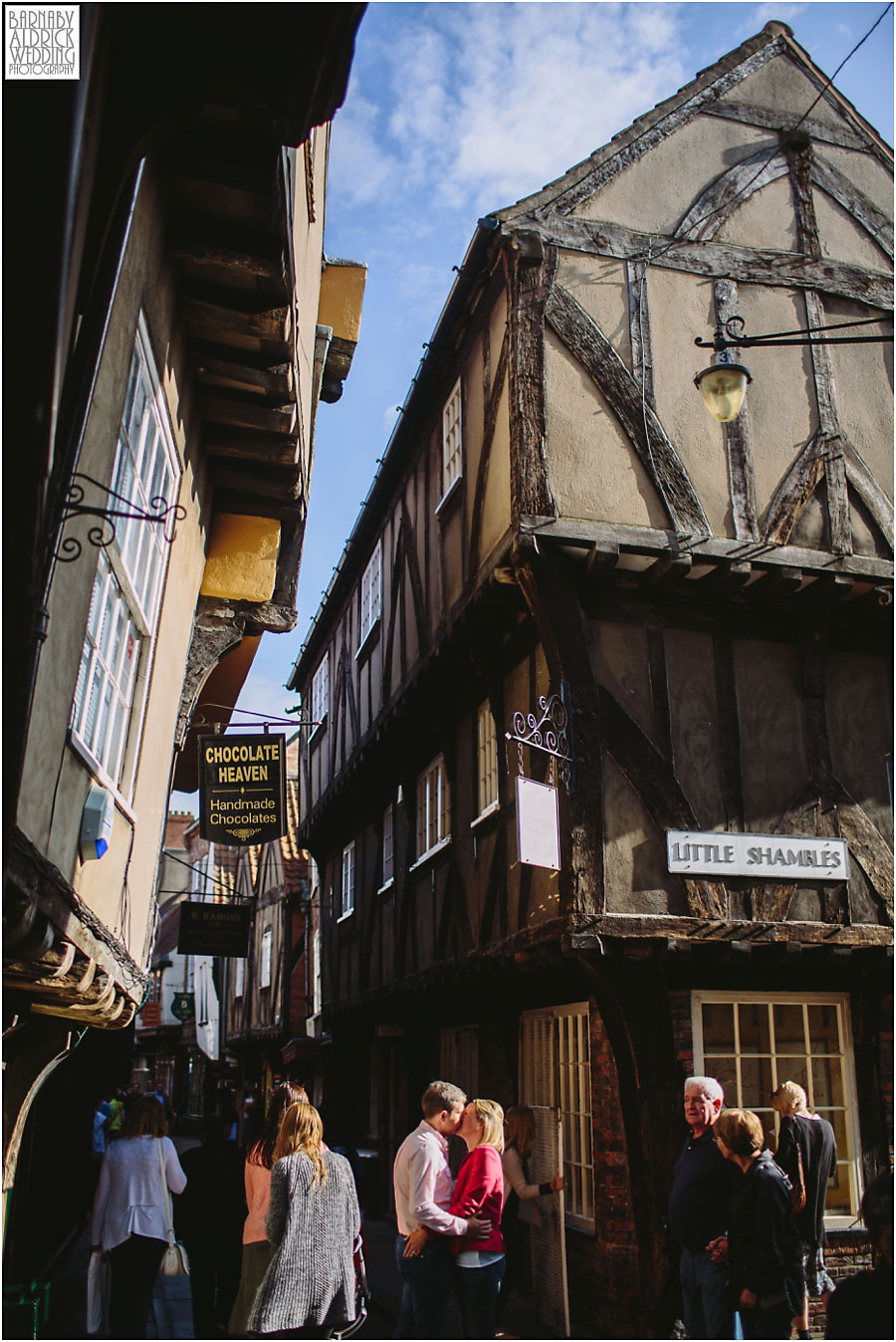 So a couple having a smooch in the middle of a busy street generally goes un-noticed, and yet in my opinion has a certain romantic charm 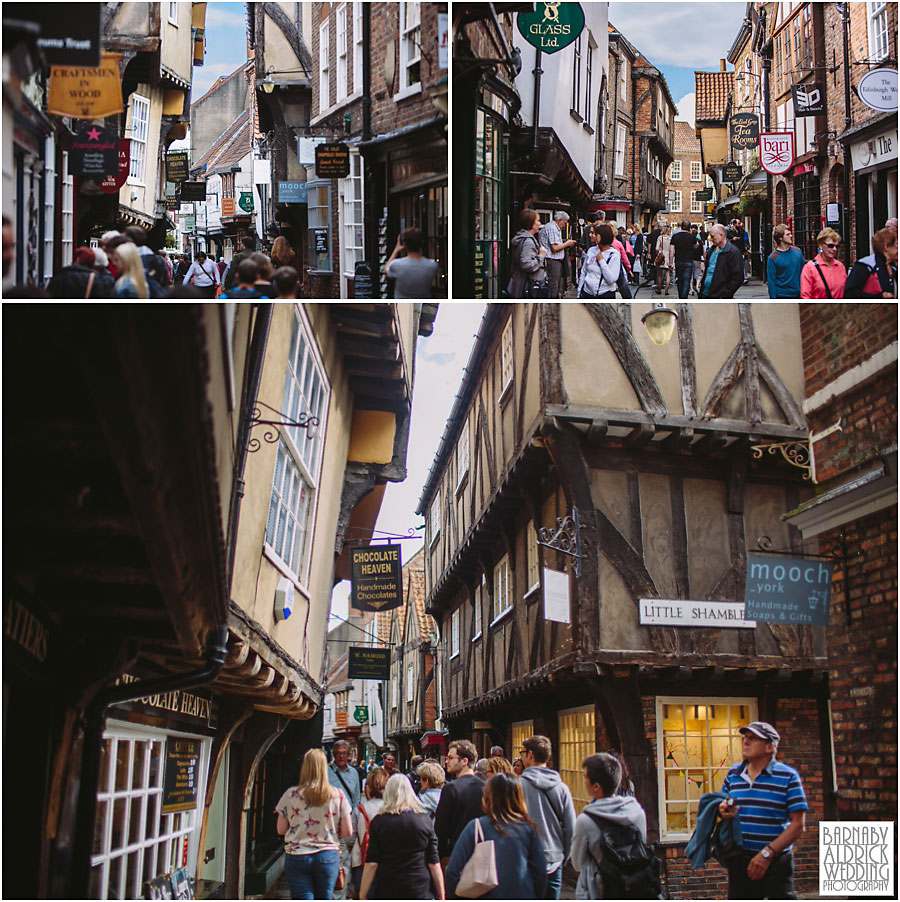 So after embarrassing ’em on the Shambles, we decided to take a stroll around York and stop in occasional spots we thought might make a nice spot for a cuddle 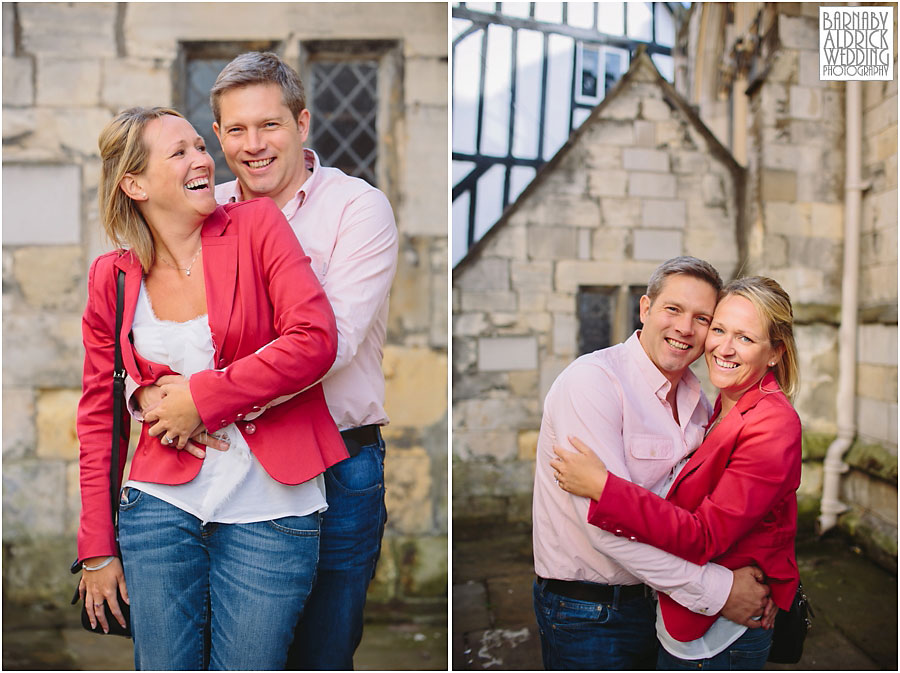 These guys chose York for the practice shoot, instead of Woodlands hotel where they’re marrying, as they met in York and it holds a special fondness for them 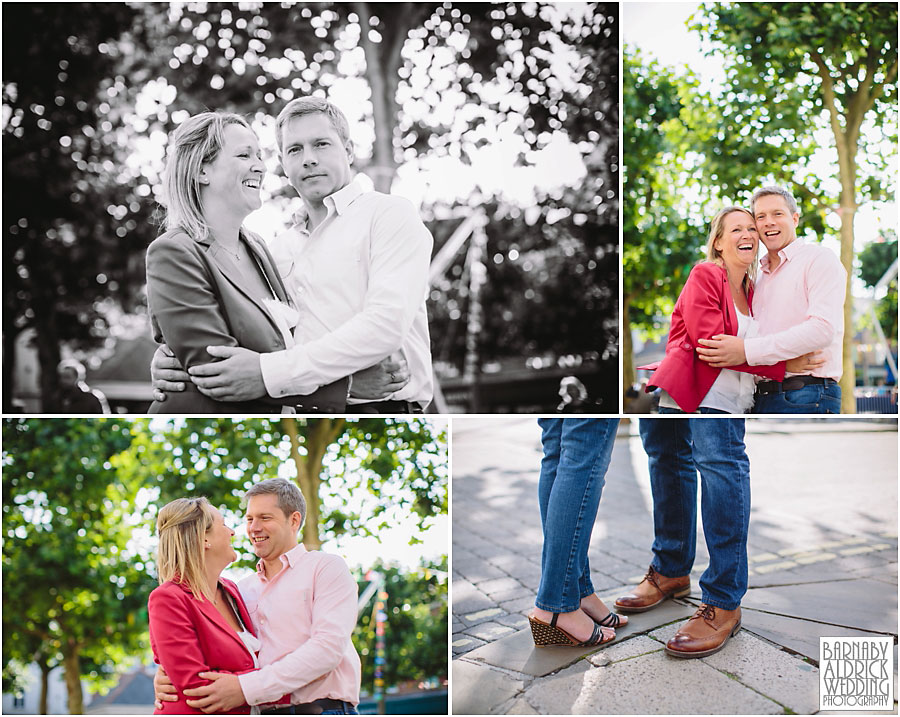 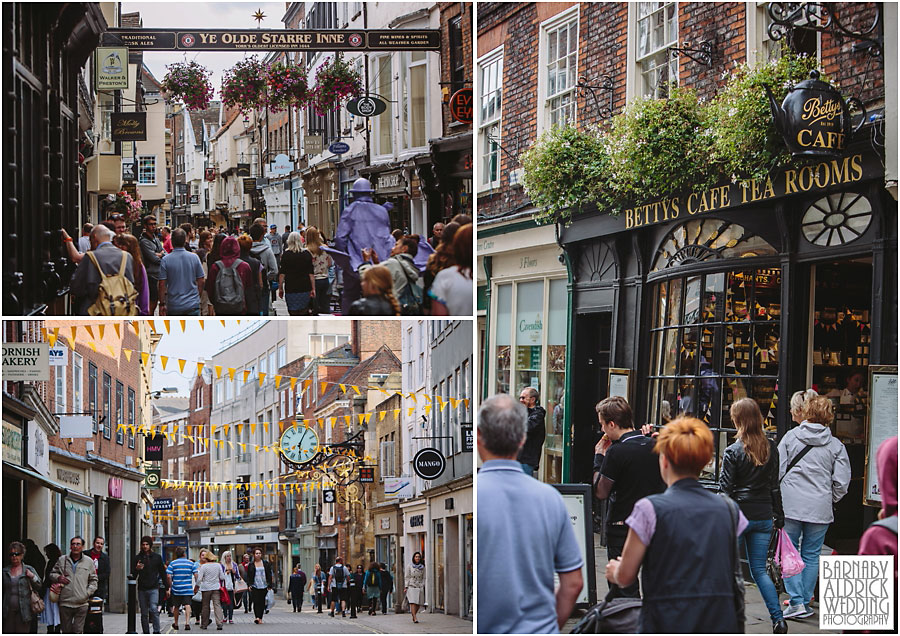 And we could’ve met at Betty’s for a brew instead, and been charged double for the privilege! 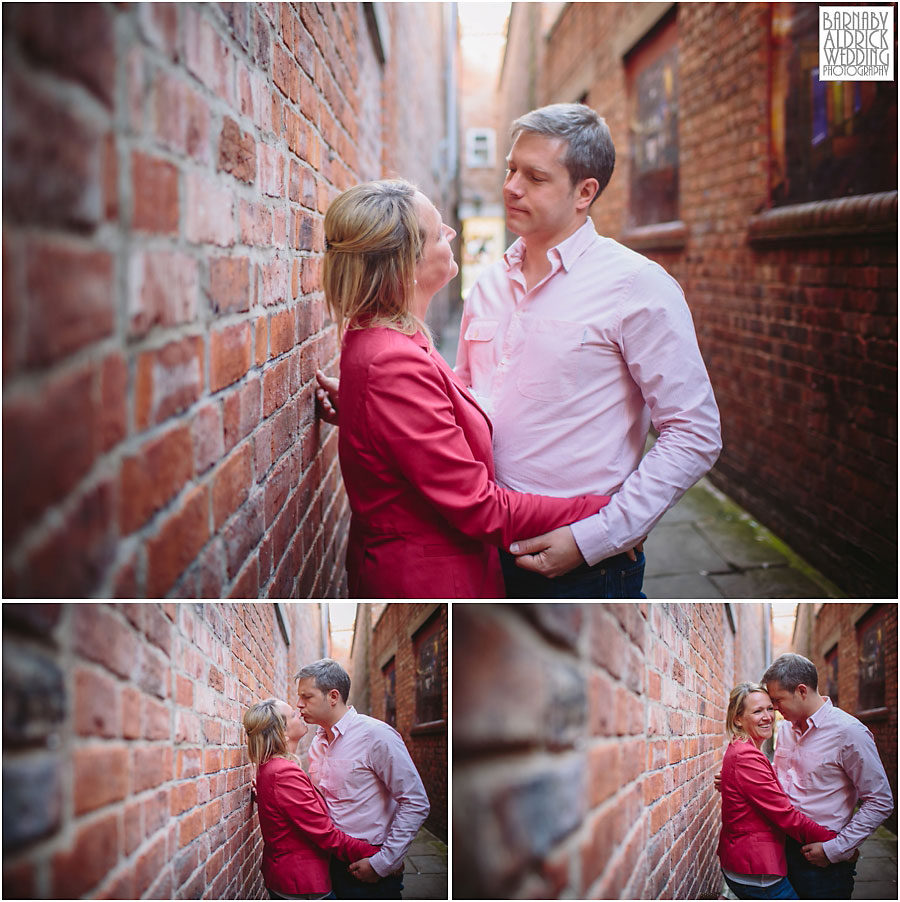 It’s always nice to find a more secluded back alley, away from the bustle for a quiet moment.

That’s one of the nice things about York; that like Venice it’s so ancient and windy, that most folk stick to the thoroughfares and yet 2 steps away your completely alone! 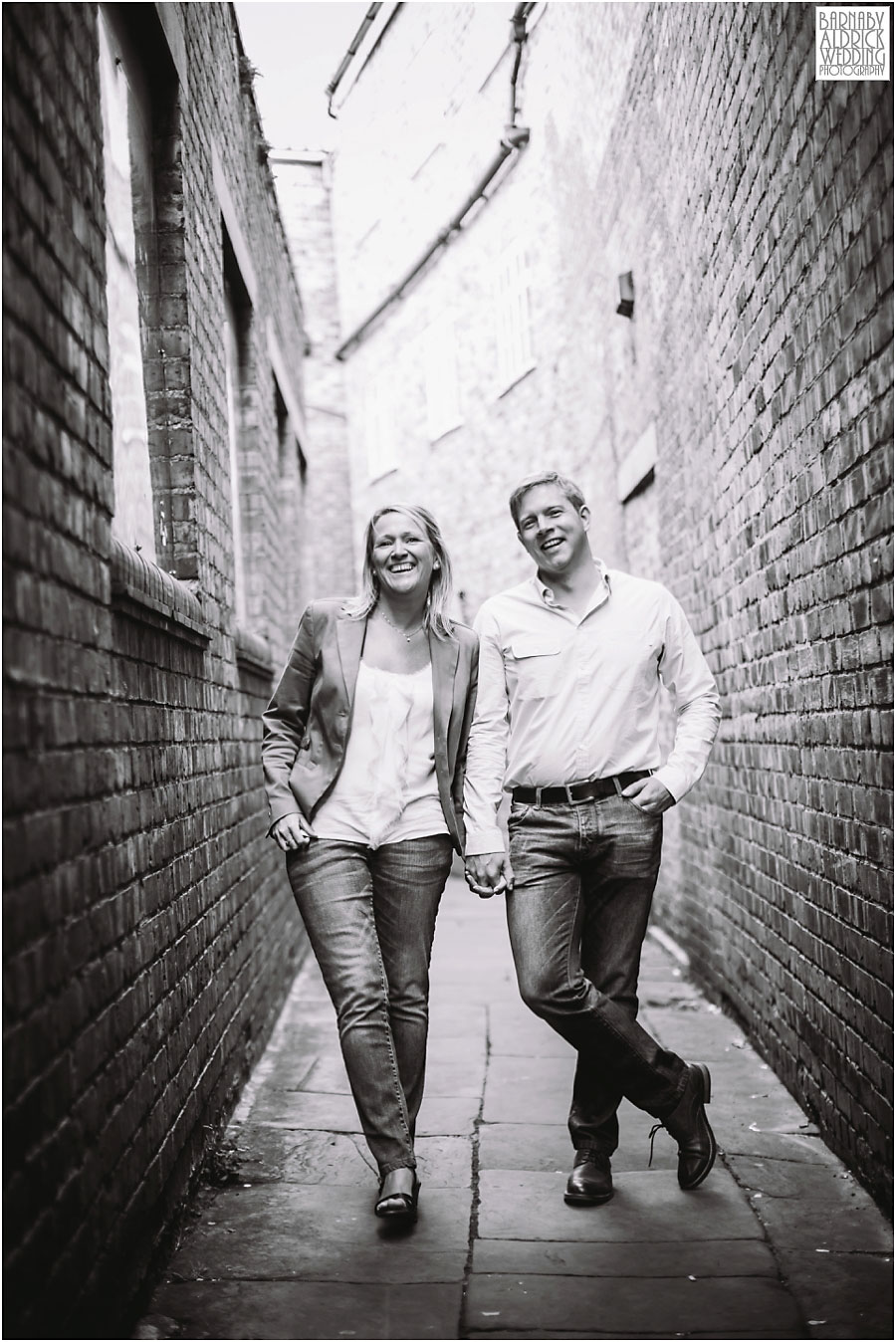 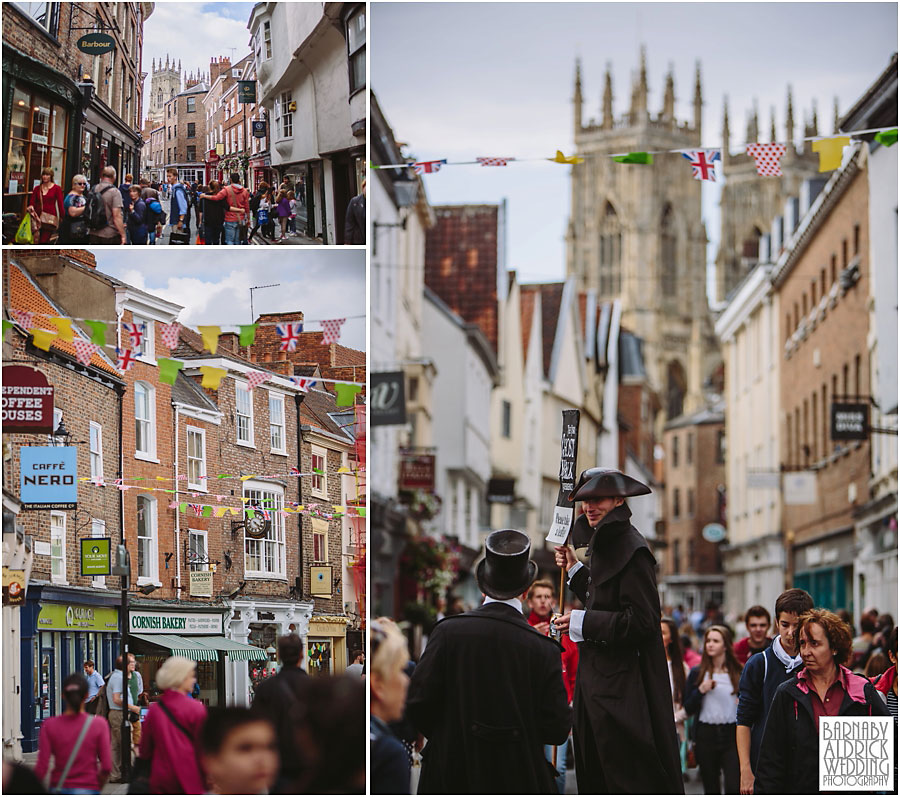 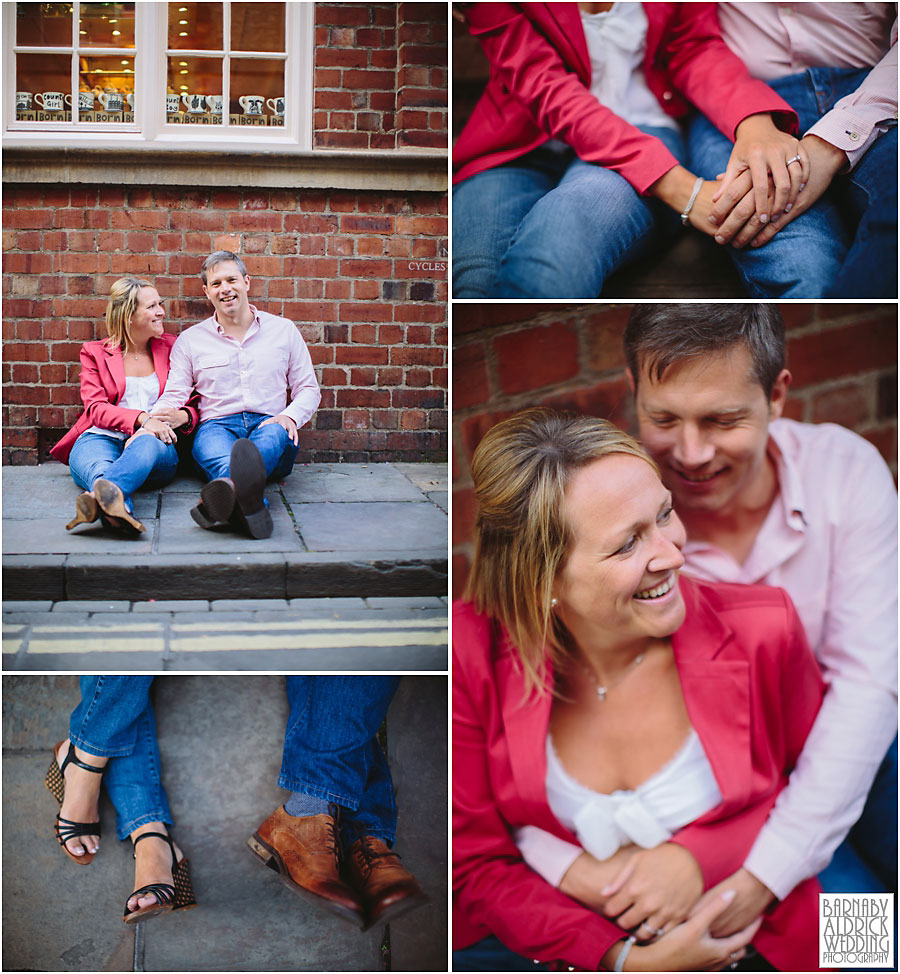 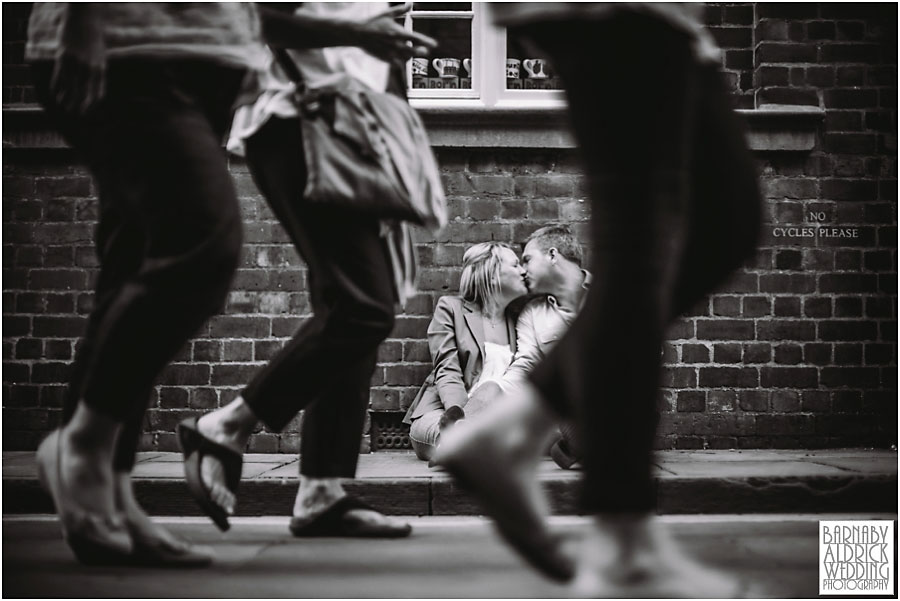 …for a shot like this, with folk passing by.

Again, there’s a certain romance (to me) to show people not doing something romantic, while a couple have a little moment to appreciate one another. 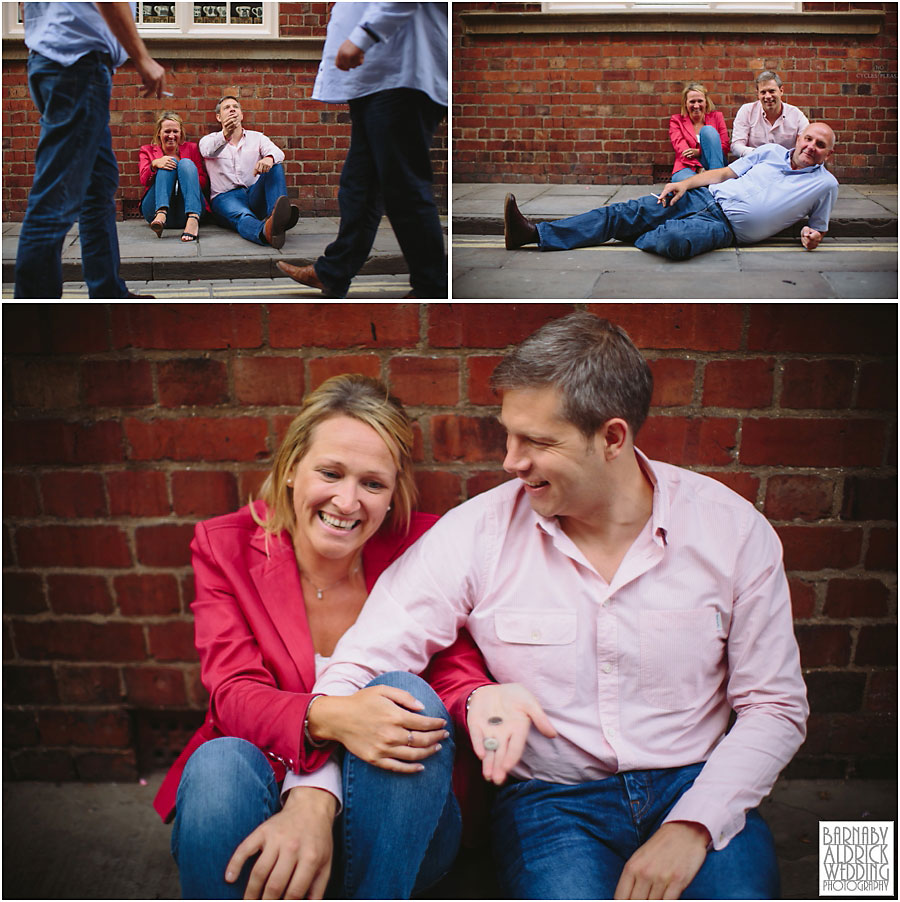 Though we did get heckled by a few amusingly drunk fools, and were even given some loose change! 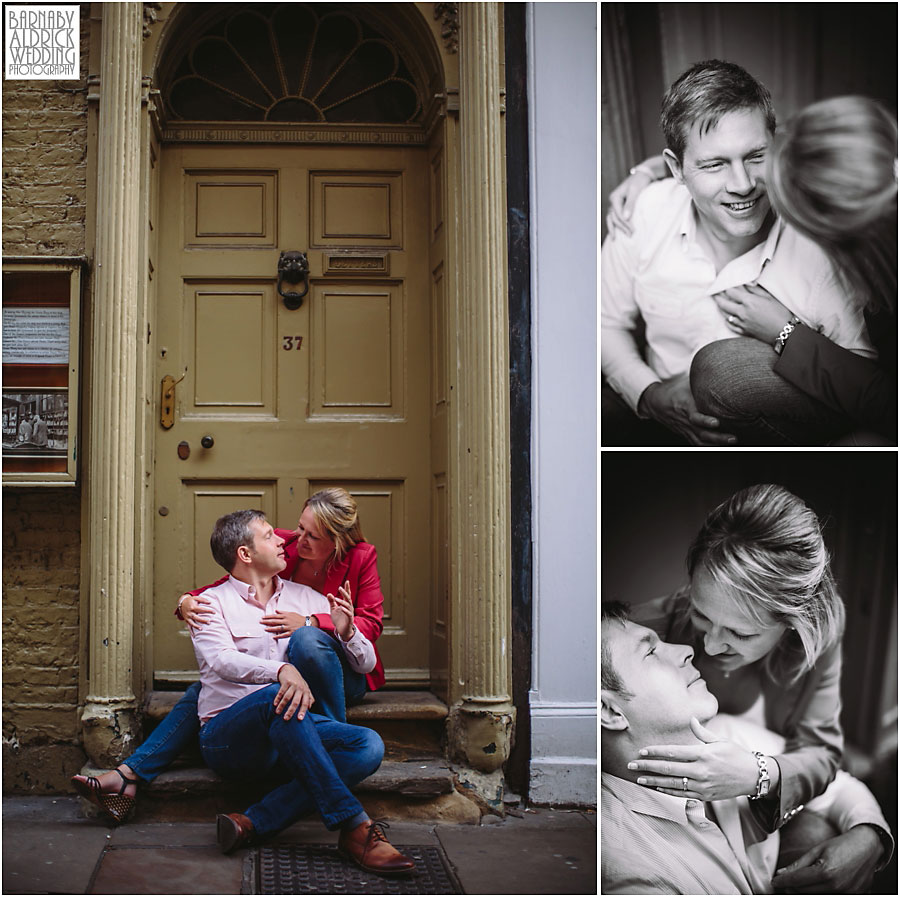 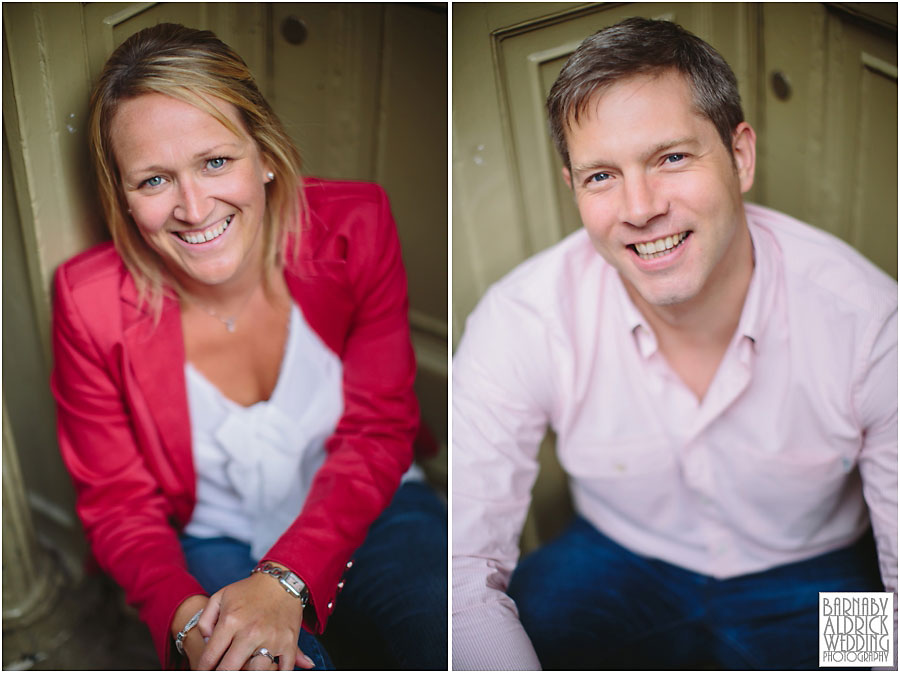 The classic BAWP shot from above! I always do these and think they make great individual headshots! 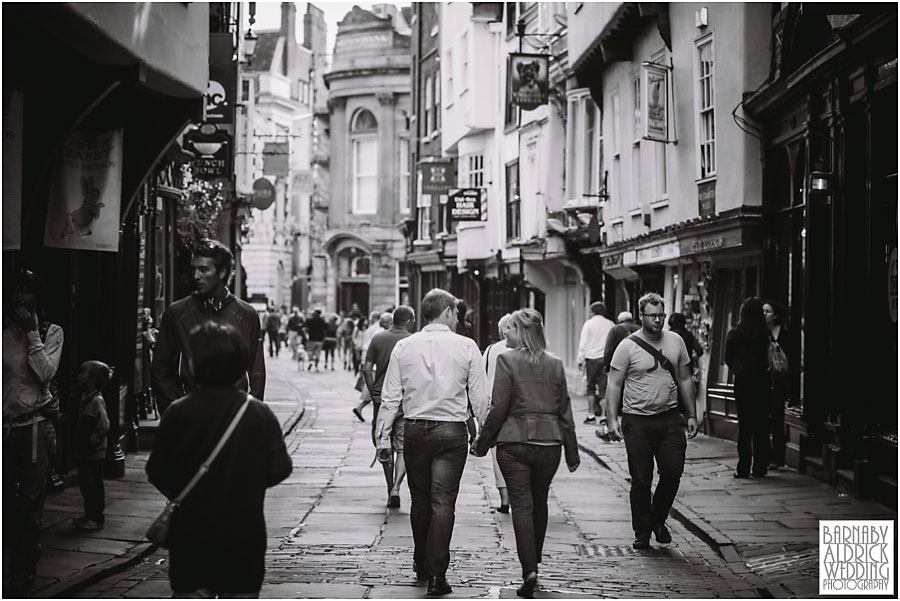 So that was our pre-wedding stroll around York! A nice way to get used to being papped, and to have a bit of a laugh!

Stay tuned for the highlights of Jennie + Phil’s big day, hot on the blog on Sunday!