On Tuesday & Wednesday last week Rob Booker, Phil Barber & myself took the 3B express train to London to join ‘The Randall Network’ for a few days socialising & networking.  The [R]Network originally started as a means for the most excellent Mr Stewart Randall to keep in touch with his coursemates from the Annabelle Williams CPT training scheme he’d done.  Over the years it’s grown into a fantastic web of around 50 forward thinkingphotographers across the country, who believe in supporting & sharing with one another.  They’ve basically taught me that ‘Networking’ isn’t a dirty word, and together we accomplish more.

Aside from it’s benefits, being self employed can leave one without the social camaraderie of office life, so every once in a while we like to meet for a bit of Randalism.  We join up for a few scoops, a few giggles and some high end geekin’.  They’ve generally been oop North in the past, as a lot of us are based up this way, but last week we decided to show London how we [R]oll! 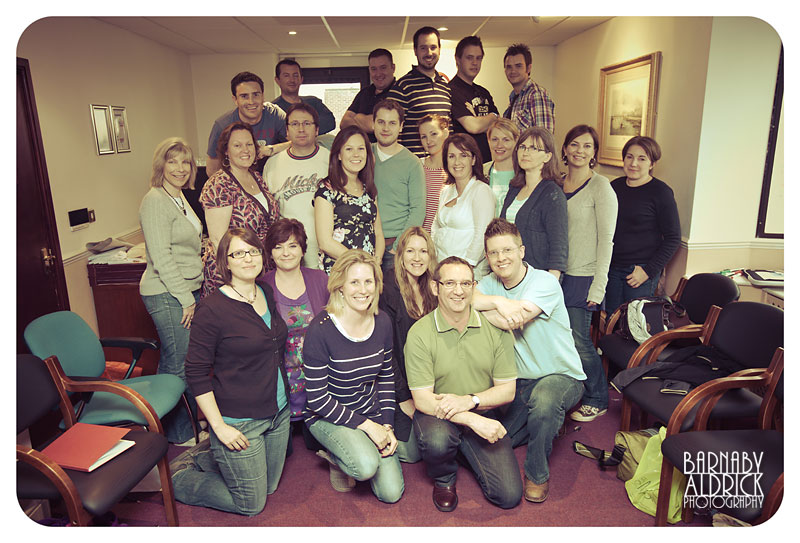 I think around 35 Randalists joined in the fun on day one (though I only thought to do a group shot at the end of the 2nd day, after a bunch had already left) and after dropping our bags at the hotel, we were faced with a badly-named ‘Fun Photo Challenge’.

We had a few rules and guidelines to follow – including shooting JPEG and no-post production allowed! – but the goal was to find a Monopoly location and in 3 pics capture 1.) the history, 2.) people & life in the location and 3.) to capture something iconic in a new way. 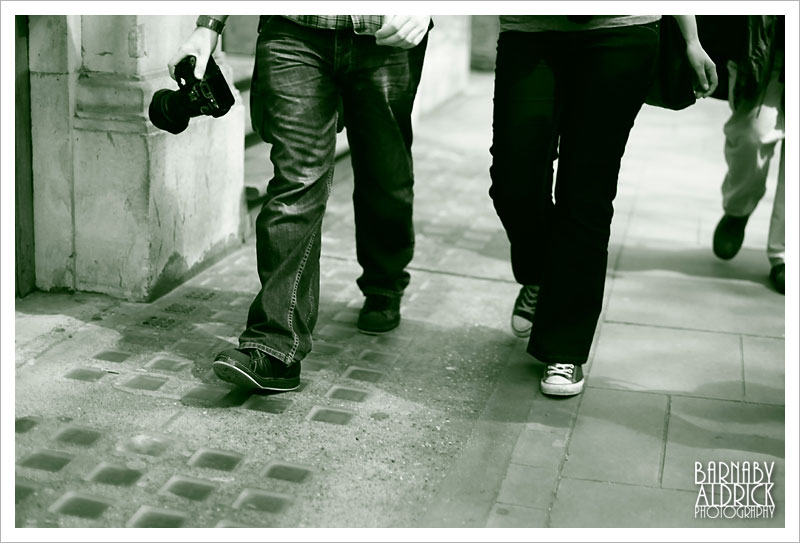 So after taking in and immediately forgetting a few names, we hit the streets of London. 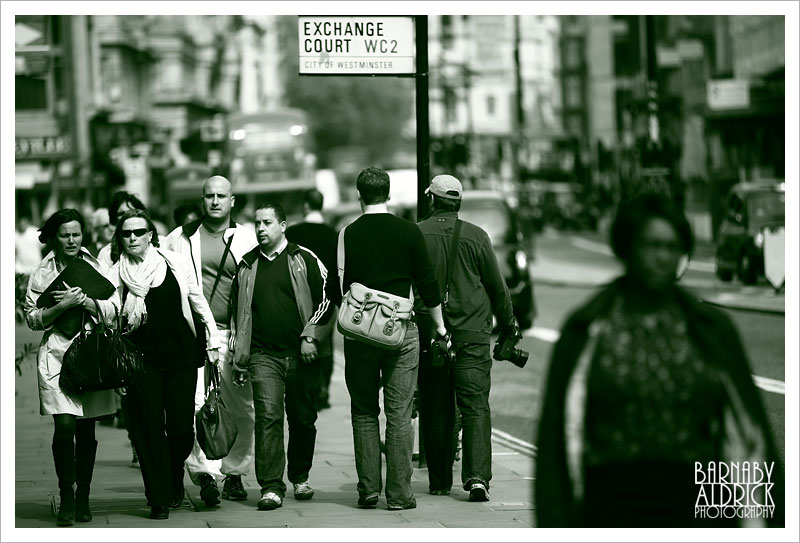 2B or not 2B.  Mr Barber did a great post about the day on his blog here. 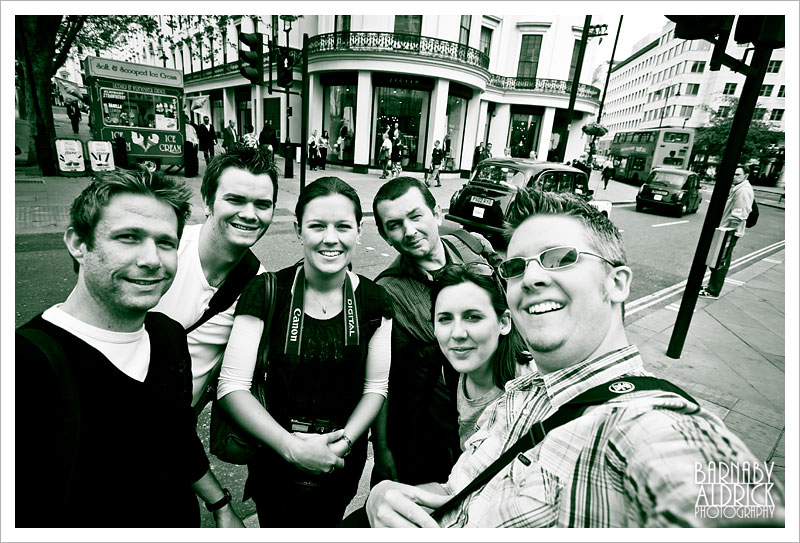 This was my team, shooting evidence that we did in fact visit ‘The Strand’.

There’s nothing like that 16mm-at-an-arms-length-lean-back for a fantastic double chin. 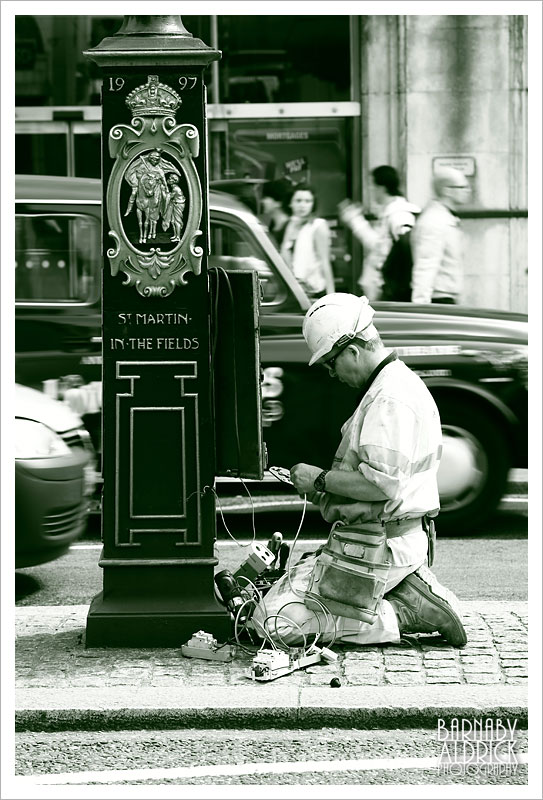 This was my life in the location shot 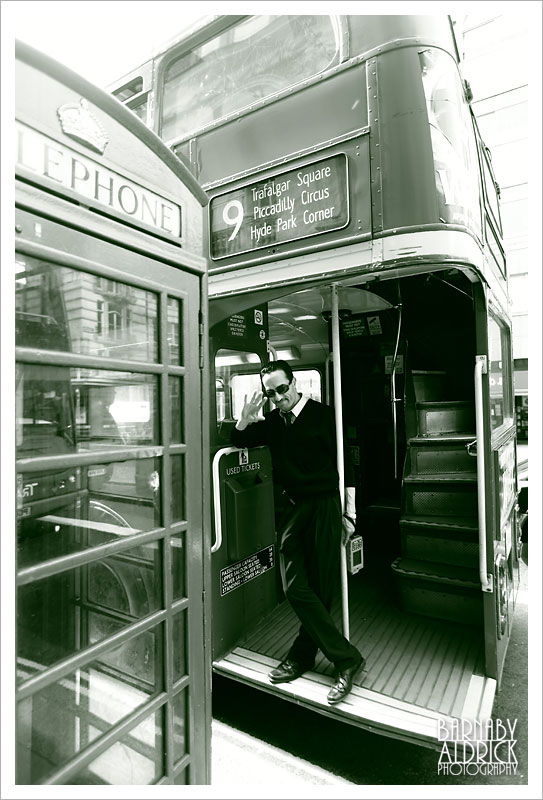 My effort at ‘something iconic in a new way’ 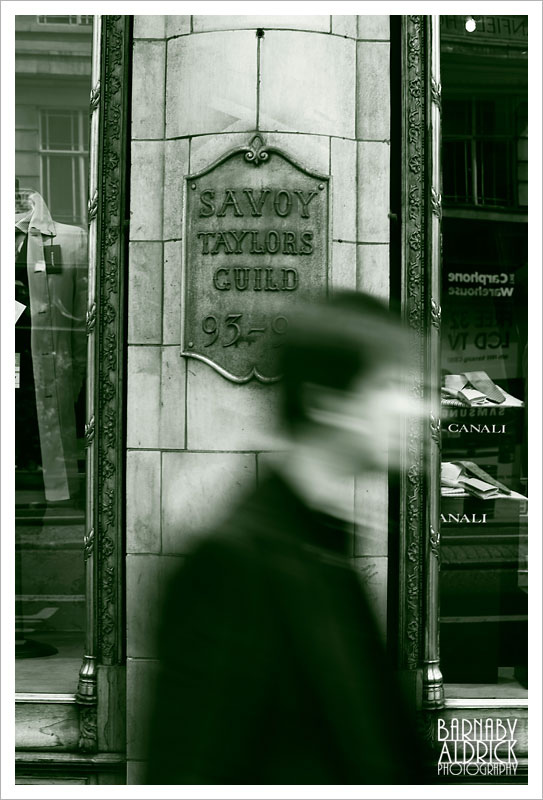 And my History shot. 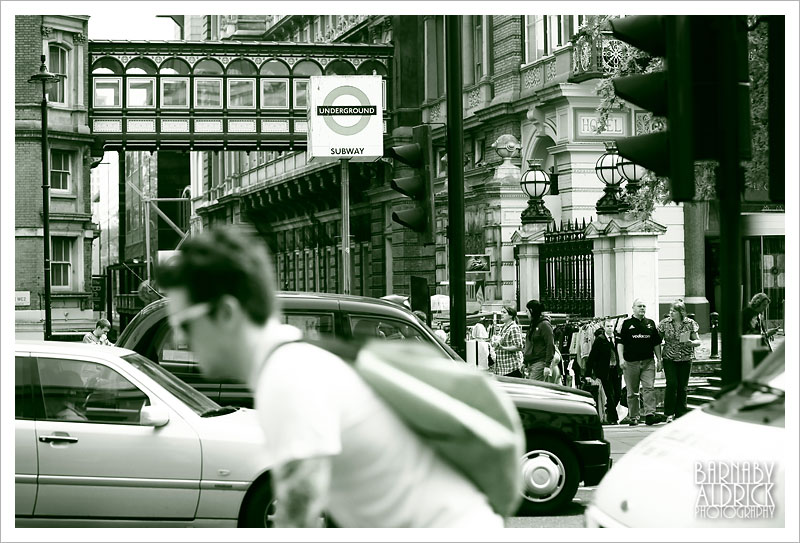 After we’d all stopped pretending we were too cool to do it, it was actually a great challenge, shooting outside out comfort zone. 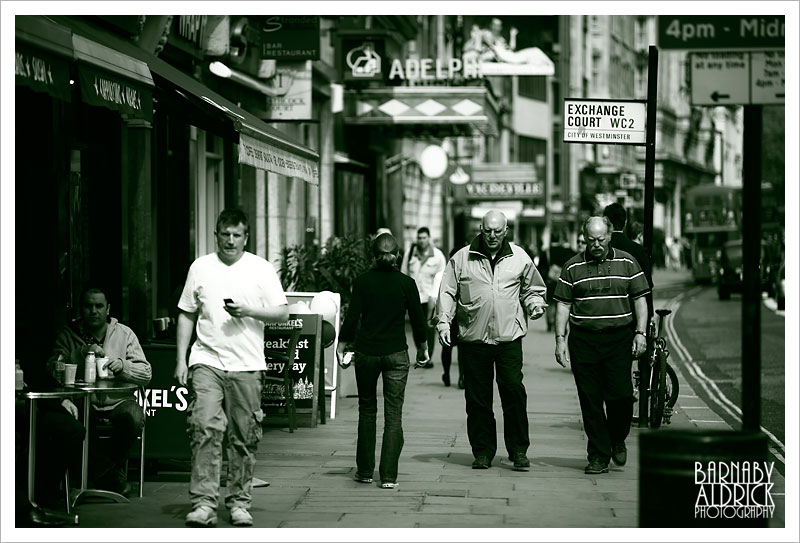 Handing in unprocessed JPEGs out of camera led me to set my camera picture settings to Red Filtered Mono + with a Green-tone.

Something I rarely do, but rather liked, especially for contrasty street scenes like this 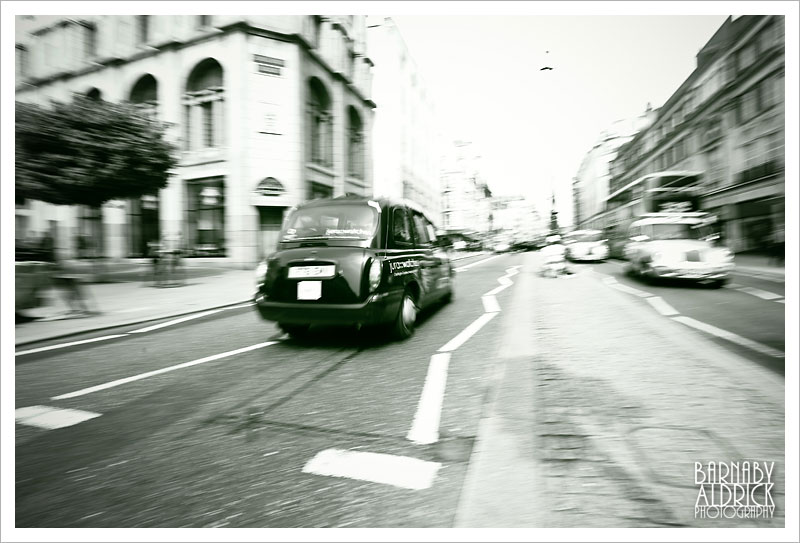 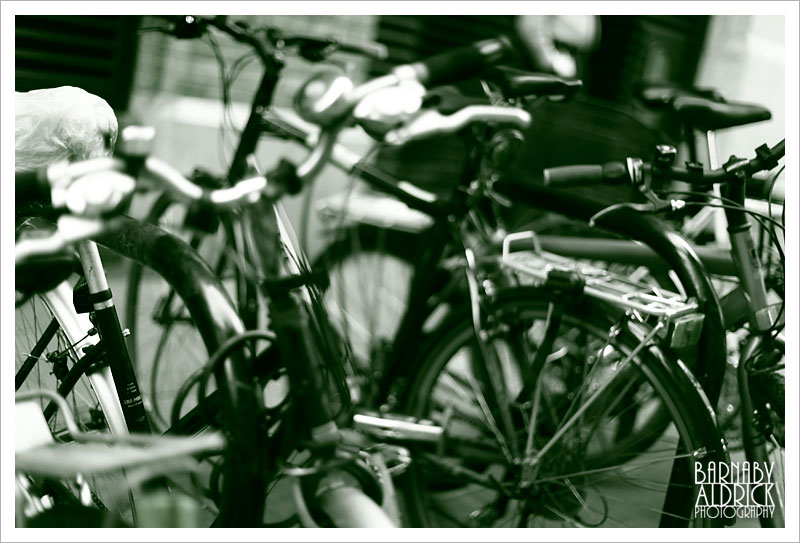 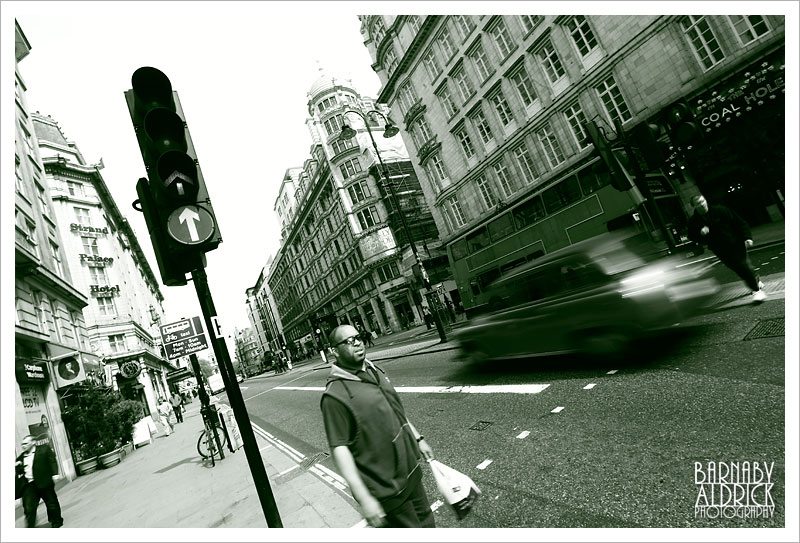 Slow shutters, from the hip 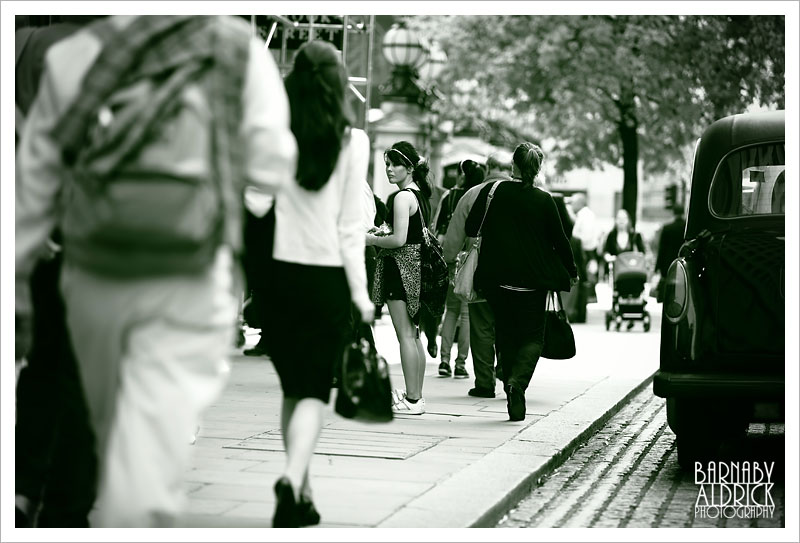 And generally tried to capture the streetlife of London 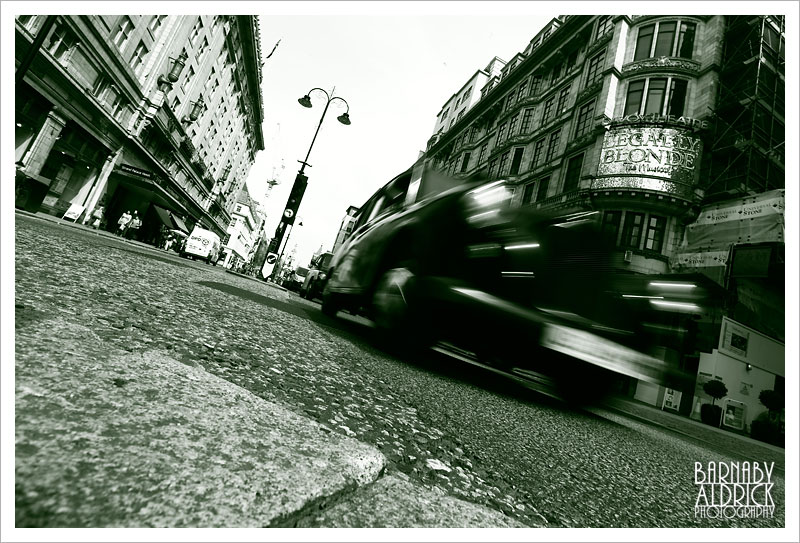 Another draft at ‘Iconic’, but didn’t feel particularly new. 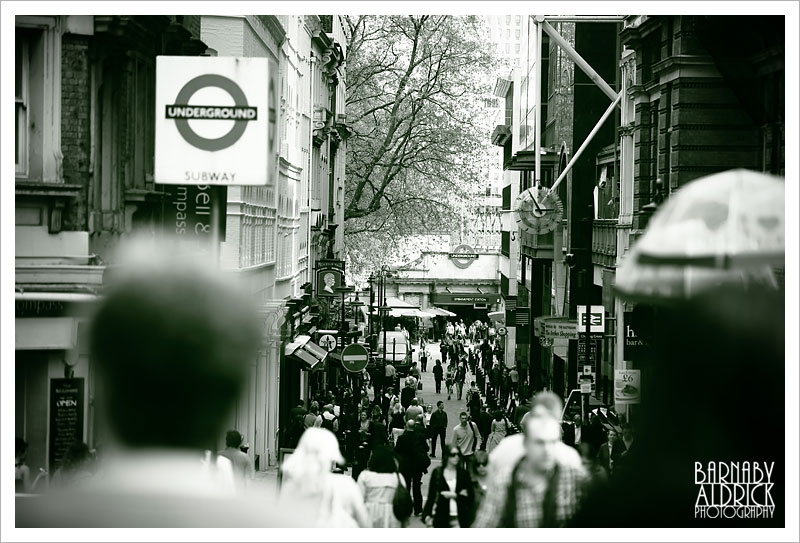 I like this one looking down from the strand to Embankment station.  My favourite bar in London (Gordon’s Wine Bar) is on the left about halfway down this road.  You’d never spot it from the street, as it looks like a closed bookshop, but it’s buried in the arches under the street and couldn’t look more like a place the French resistance would meet during the war. 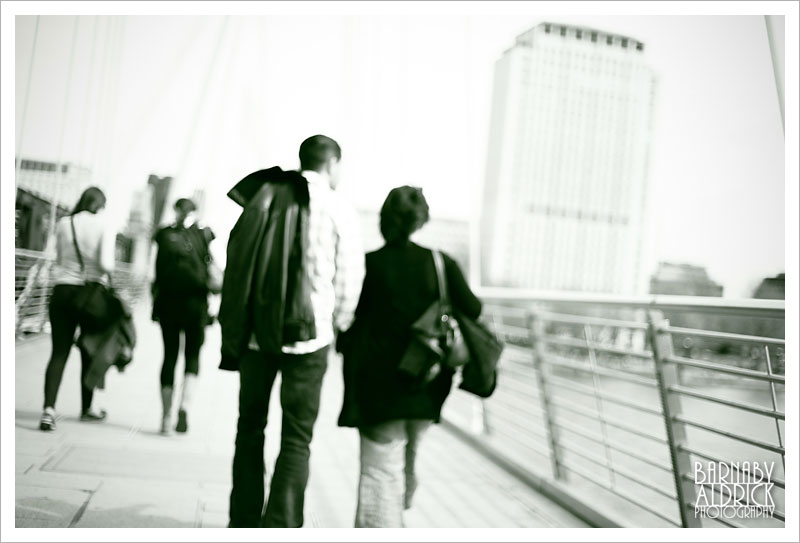 I shot a lot with the camera hanging round my neck to free myself from the conventions of composition, and rather like this because it’s out of focus! 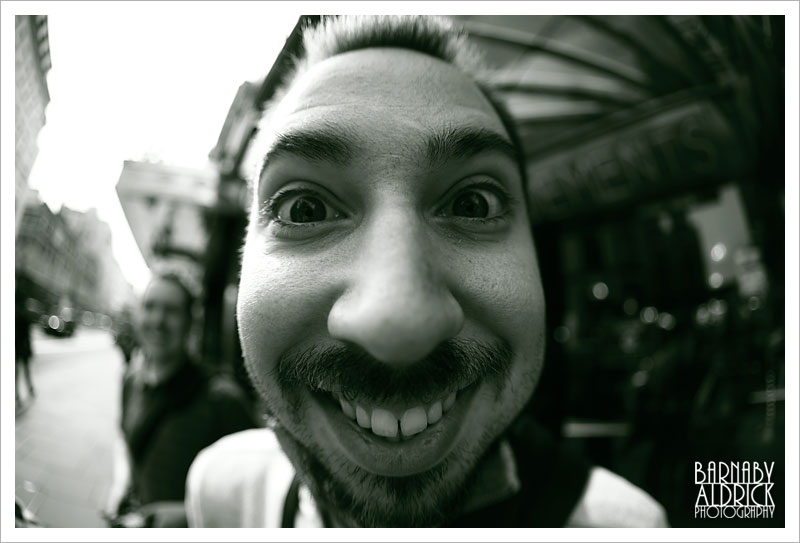 Here are a few of [R]homies – the legendary Mr Lawson of Lawson Photography. 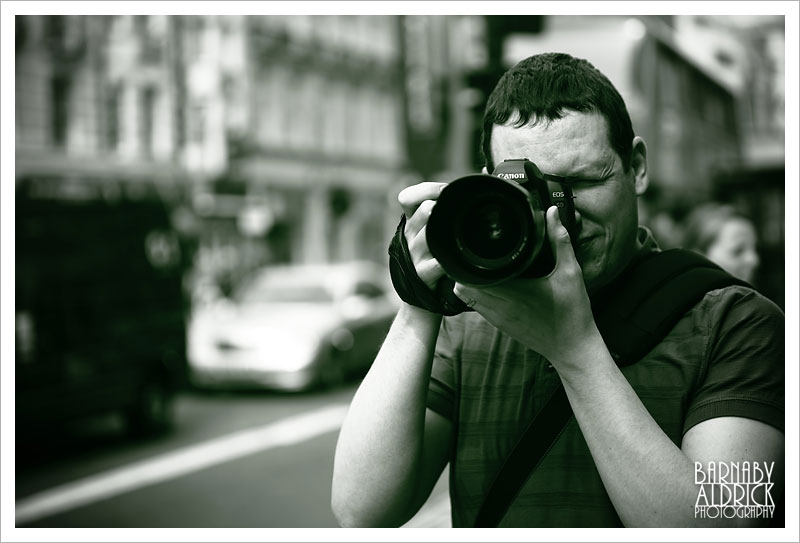 Mr James Pearson, who beautifully documented the entire get-together and has created a fantastic post on his blog here. 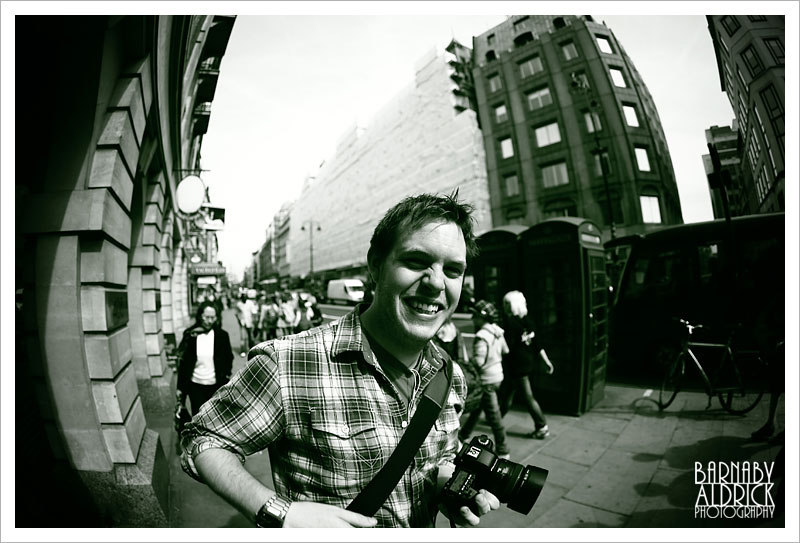 The difficult to spell, but grand to hang with, Mr Simon Fazackarley 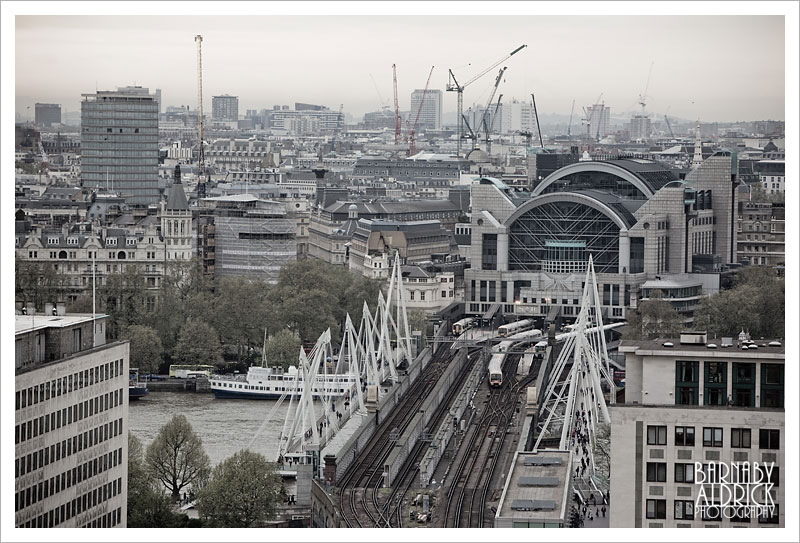 One Day 2 we hired a conference room on the 23rd floor of the Union Jack Club, where we were staying, to talk shop, to check out Stewart Randall’s soon to be available, very fine Folio Albums, to split into groups and help learn from one another’s skills and experice and for us 3B media chaps to teach a quick course to demystify off camera-flash.  In spite of teaching a room full of pros, the course went great (more about it on the 3B pages soon), but the views over central London from near Waterloo (above) were quite beautiful. 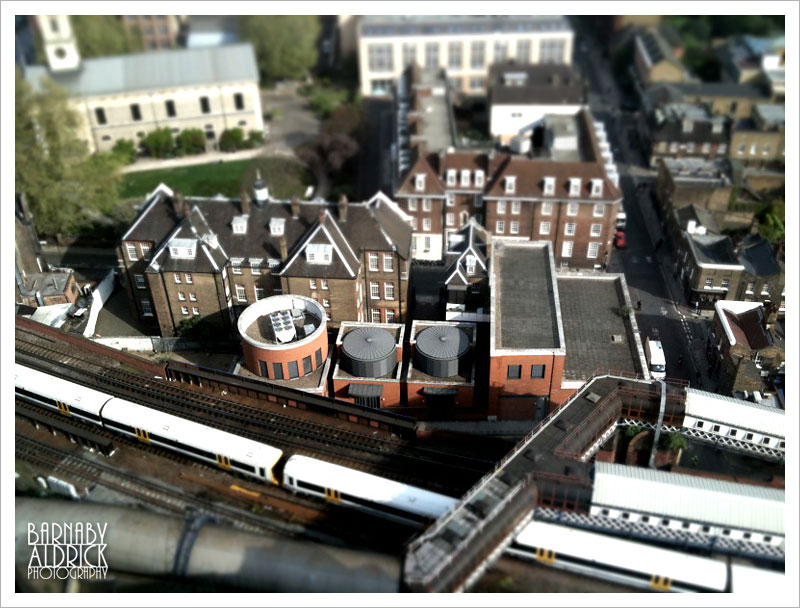 I shot a few iPhone pics out of the window too and used the Tilt Shift Generator to add a bit of a Tilt & Shift lens feel to the view.  From an elevated position it’s spooky how much you can make a city look like a little model. 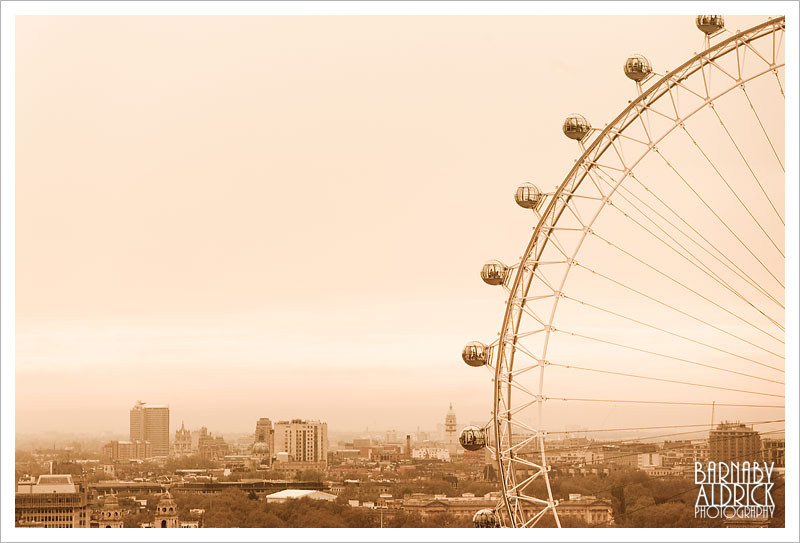 I’ll wrap up with dusky sky round the eye…

It was such a fantastic couple of days organised pulled together by the wonderful Hayley Ruth. It was ace hanging with old pals Olivia, Rebecca, Mike, Susie, Cris, Pete & Laura and most triumphant to meet new ones new faces like Sarah, Carrie, Mr Phil, Charlie & Simon.

Watch this space for Stewart’s highlights gallery of all the snappers Fun Photo Challenge submissions.  There was some stunning images in there, so watch this (cyber) space…

Enjoy the rest of your bank holiday weekend folks!