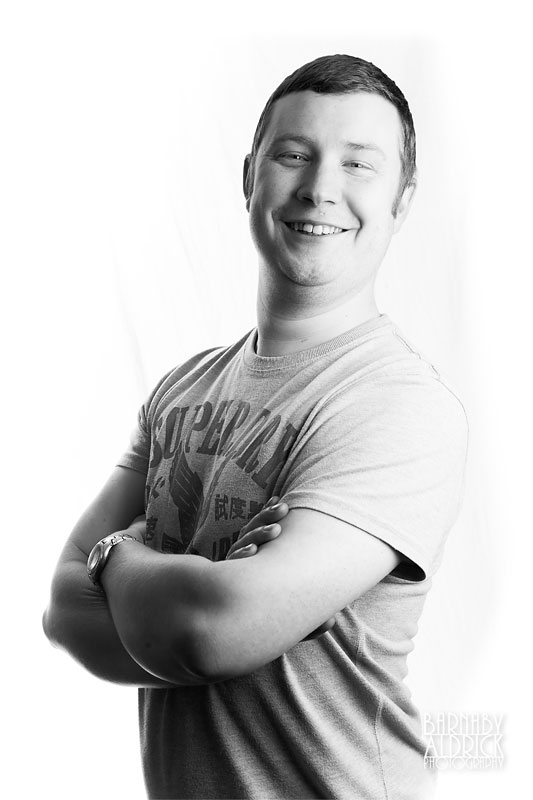 My younger brother, Murray, is a recently qualified electrician.  Although he gets work, it’s a sporadic line of work in these tough economic times.

So, he and my mum came up with an idea that he and his good pal Greg (an all round handyman and gardener) should set up a business together offering their electrical and gardening skills out around the neighbourhood and beyond.

My mum came up with the idea of calling the business ‘Sparky & Strong’.

I said I’d help them get it on the road by photographing them and branding the business up, and thought it might be a bit of a laugh! 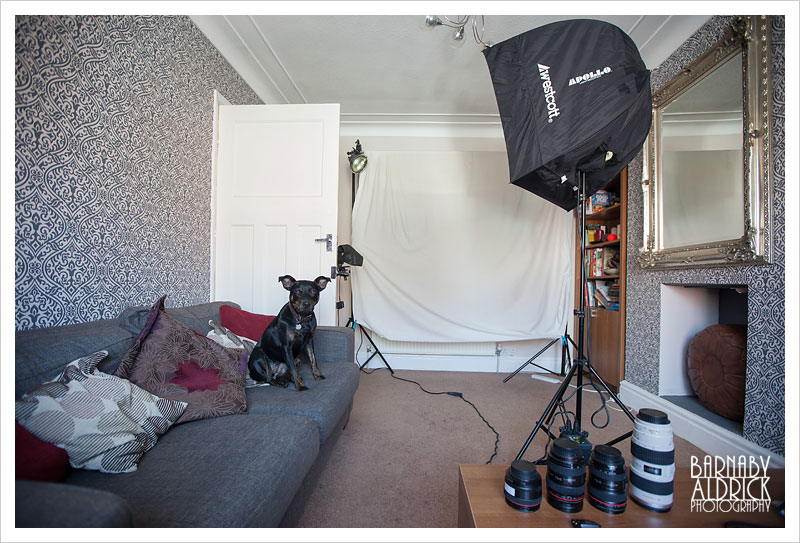 I had an idea to give it a bit of a 1950’s vibe, so got them round to my house for a photoshoot, and made the lounge into a bit of a studio, with Kyra taking guard dog duties, protecting my lenses! 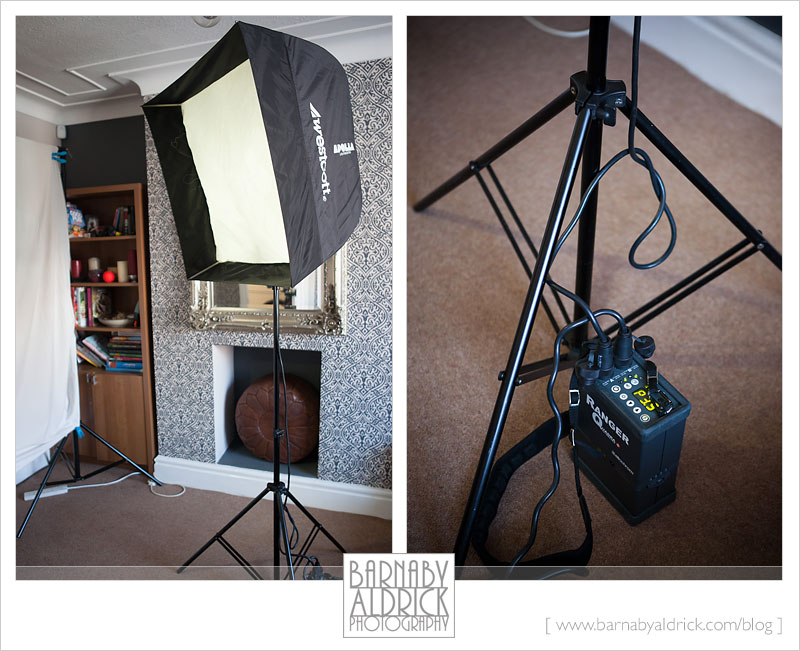 For the shutterbugs out there interested in studio lighting, I was using my Elinchrom Ranger Quadra portable flash kits (very useful at wedding, such as on my photobooth, because they don’t need to run off mains power).  When you wire two flash heads into a Quadra battery pack, the A channel is automatically given 2/3rds the power and the B channel is given the remaining 1/3 power.  They’re triggered with the included ‘Skyport’ radio trigger, that sits in the DSLR hotshoe.

In this case I put the A channel in a Westcott Apollo umbrella soft box, which are ace because they’re so quick to put up and take down and as light modifiers go, the soft box always shapes the hard flash into a lovely soft light. 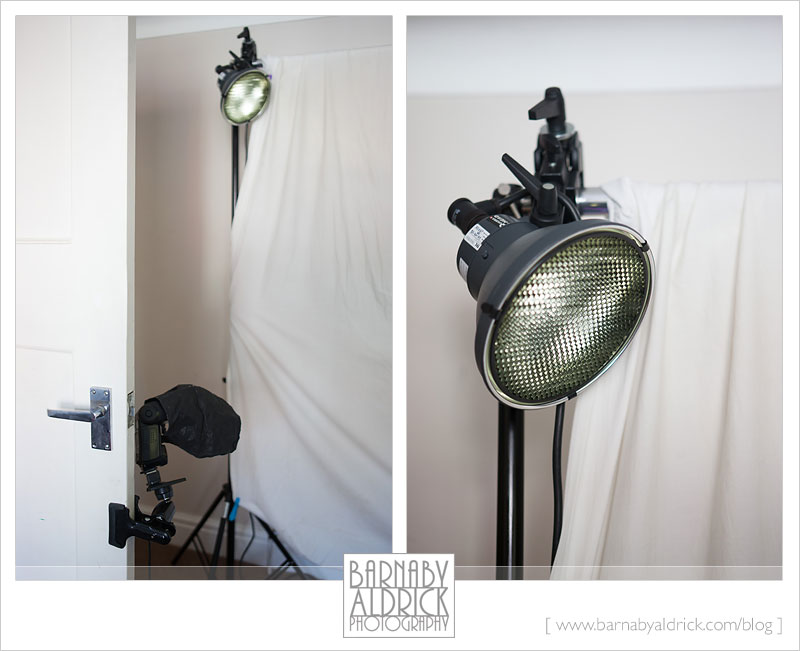 I used a Manfrotto super clamp to clamp the back quadra light on the Lastolite background stand (in this case covered with a bed sheet, cos I couldn’t find anything else!), and attached a larger reflector to it so I could clip in a grid light modifier, to again shape the light into a pool of hard light onto the hair.

To complete the high key studio vibe, I required a third light to just over expose the background, without interfering with the lighting setup.  So I added in a Canon 580EX speedlite on a Skyport receiver (which is triggered by the same Skyport transmitter that triggers the Quadras), set to a manual flash power to avoid variations in brightness.  It was clipped onto the door with a super useful hotshot clamp I bought from Speed Graphic years ago, and wrapped the edge in black foil, to avoid light spilling out onto the boys. 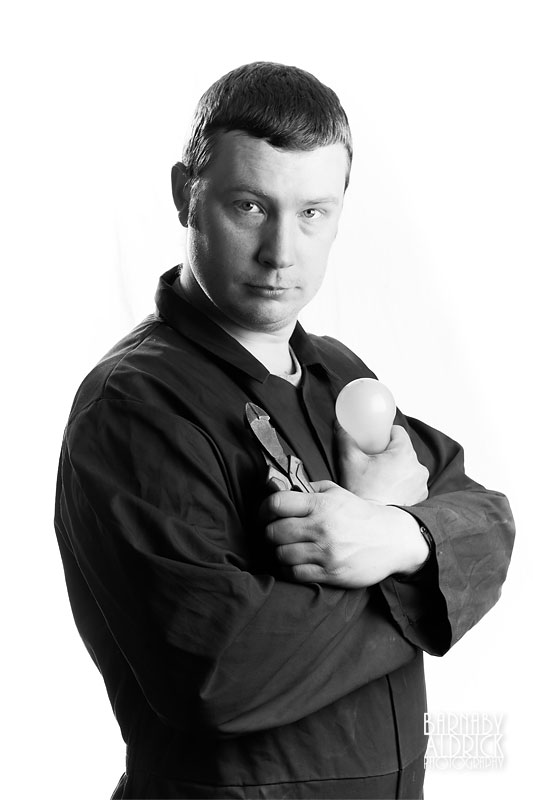 The finished look!  The main light, cast from the right was soft and flattering, and a bit of harder light on the hair and shoulders lifts Murray from the background.

(When you next watch Mad Men/Downton Abbey/Game of Thrones, watch out for their brilliant use of soft key and hard hair lighting) 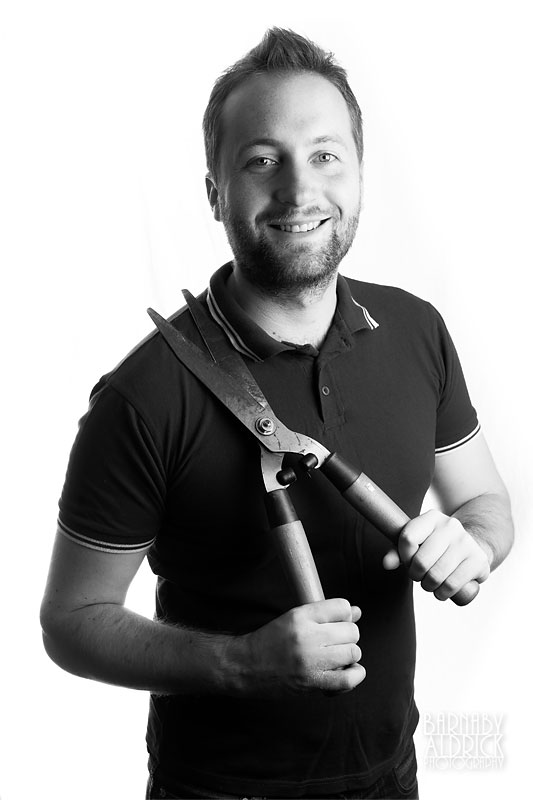 I took a whole bunch of options of  images of Greg & Murray, looking ‘gardeny’ and ‘electriciany’ – to give me options to comp together later on. 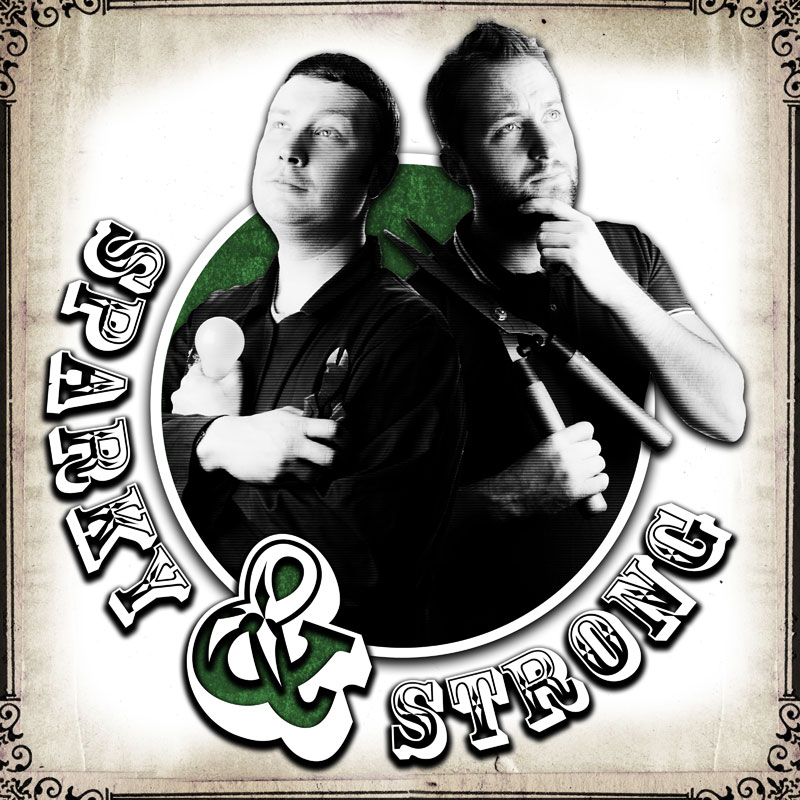 And after a bit of a play in Photoshop, I came up with this as their final logo!

I’ve always loved tinkering with graphic design and these days only really get to flex my DTP skills in wedding album design.

But for Sparky & Strong, I wanted a bit of a vintage vibe, with an almost ironic pride, looking out into the middle distance with their tools on show! 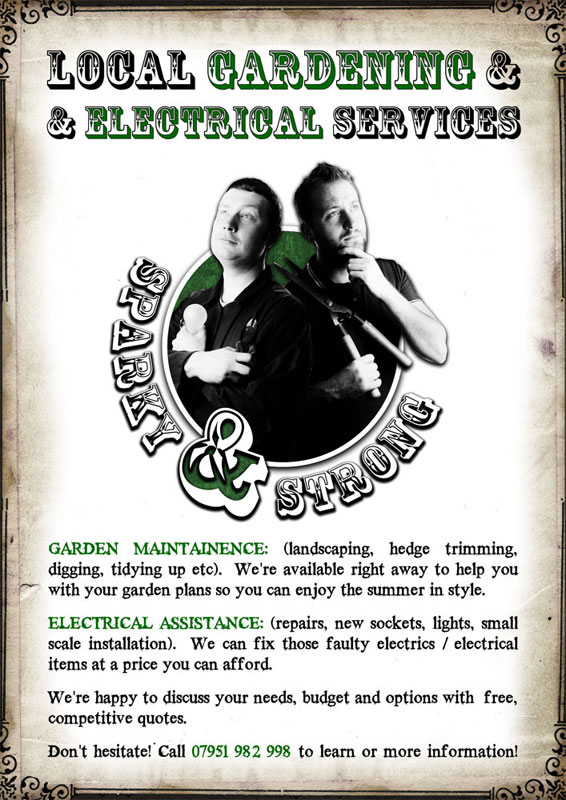 I made them an A4 posted to print and drop round the neighbourhood, did them some business cards, Facebook logos / banners & a pack of MS word stationary, and now they seem to getting all kinds of jobs from clearing gardens, mowing lawns, fitting lights and fixing electrics!

If you’re in the Leeds area and can think of anything you’d like them to do, do drop them a line! 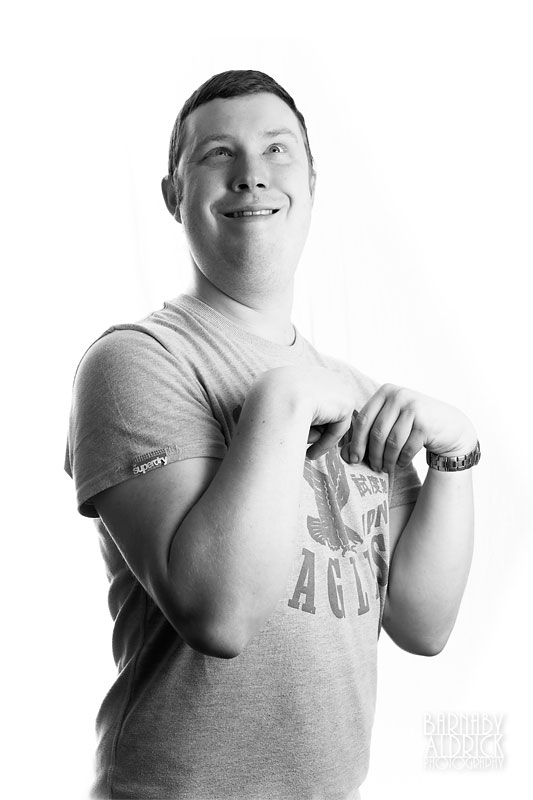 But the highlight of the entire project for me, was capturing Murray doing this beautiful pose!