I run a monthly band night in Leeds centre called the Sunday Service and have only just found a moment to process the images from February’s gig.

It was a cracking gig at Verve bar, featuring three solid and significantly different acts. 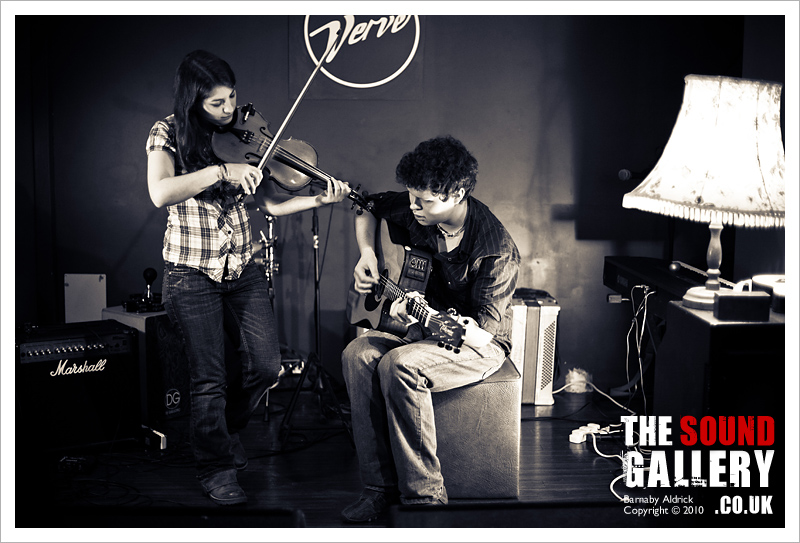 They’re an imaginative, colourful & unfairly talented folk duet about to tour on a new album. 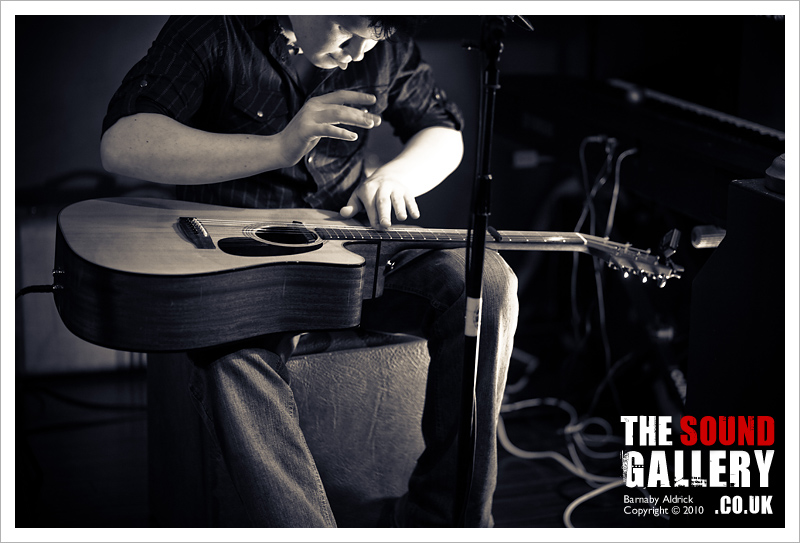 Jamie’s lap guitar has to be seen… 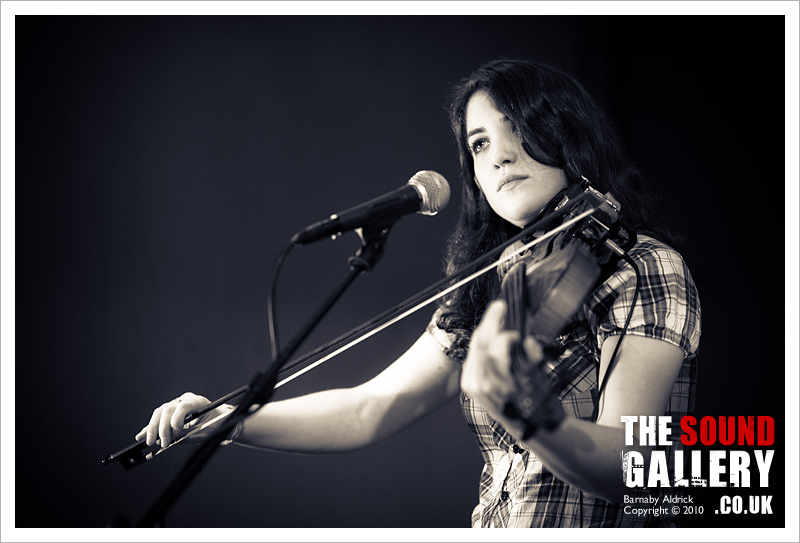 …and Katriona’s fiddling while singing, to be believed. She’s told me how hard it was to learn to do that. 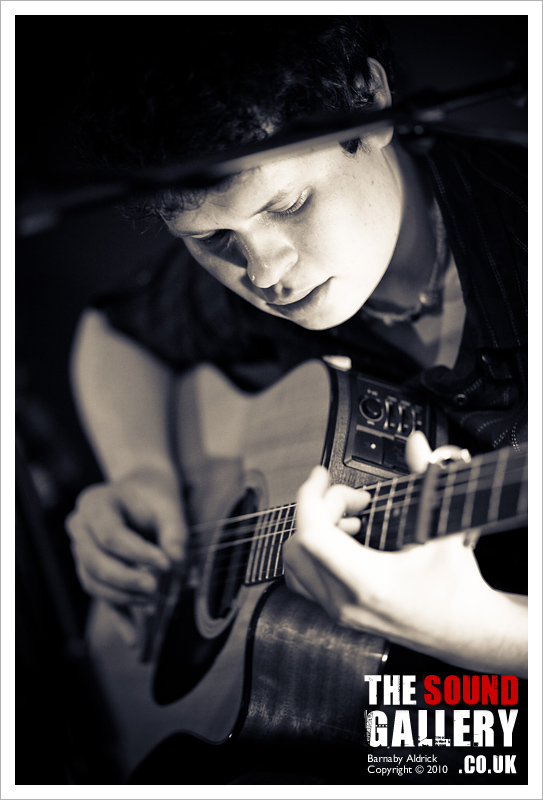 If you wanna hear what these images sound like, get your ears round their myspace here. 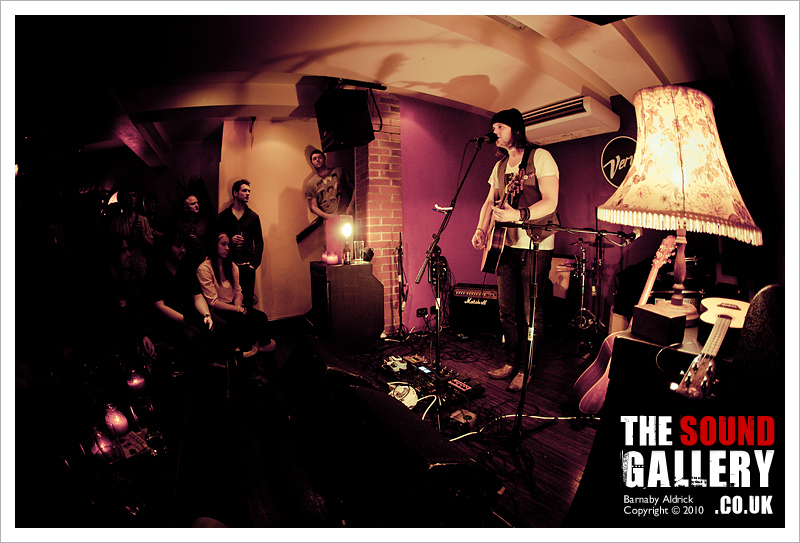 Next up we somehow managed to convince the insanely talented Paul Liddell down. 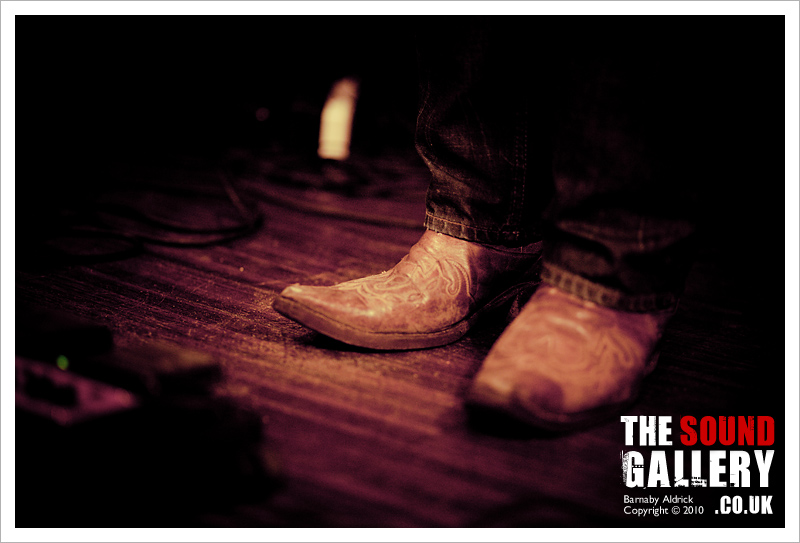 This guy had fantastic taste in footwear. 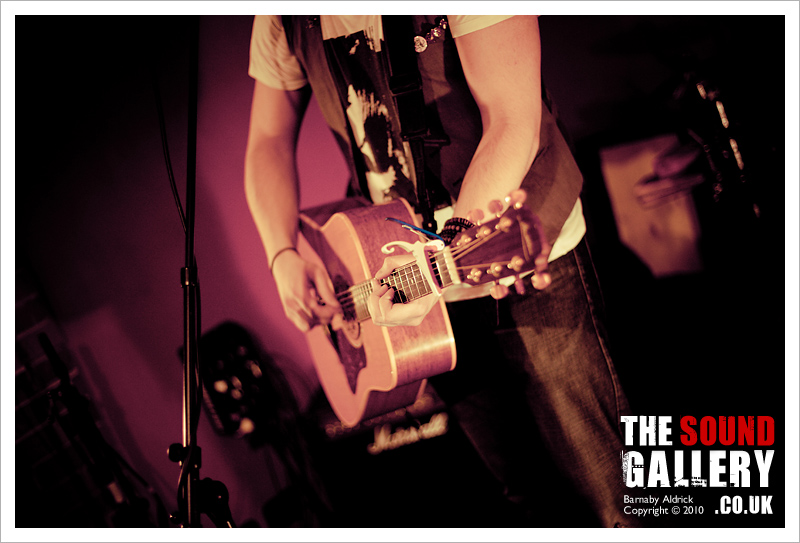 And was immense on guitar.  He was one of many who plays the box of tricks that is a loop station, but man does this guy do it well. 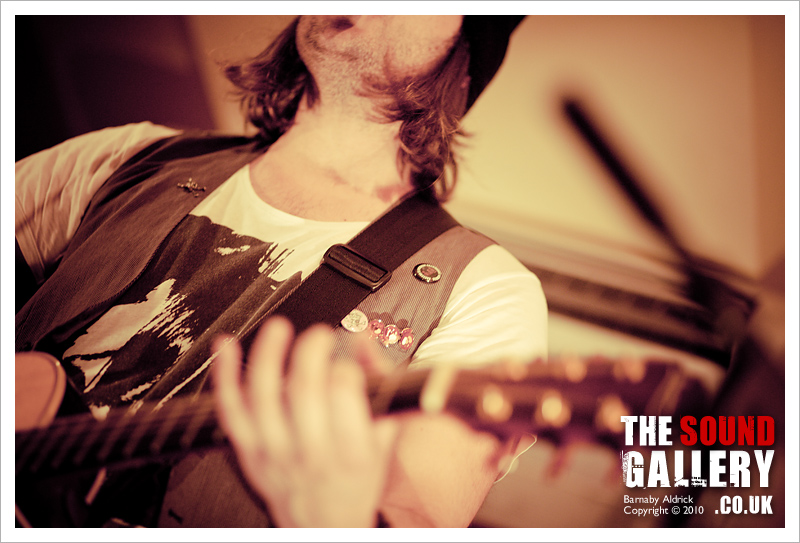 I quite like this image, which I shot without looking.  A reach-and-squeeze, as I call em.

Sometimes you get a fresh creative composition not bound by the rules.  But more often than not you get junk. 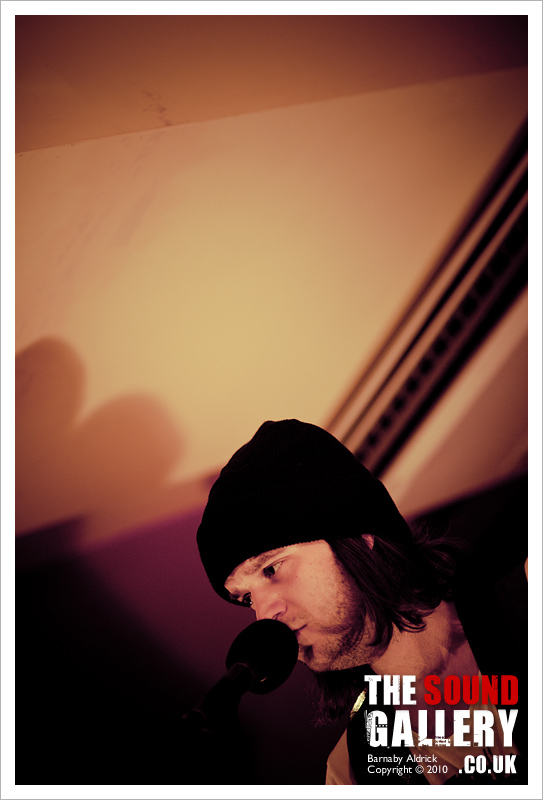 Perhaps a bit dark in the processing in retrospect, I rather like the composition and moment caught here.

You really should check out Pauls myspace here, cos his stuff is, as the kids say, sick.

I caught the next band, The Moody Gowns, when I was photographing the Leeds ‘Battle of Plumpton’ gig.  The won that battle of the bands heat, with a frenetic, energetic set, and went on to win the final too.

They’re a terribly decent bunch of nutcases, who I seem to keep bumping into around Leeds, and agreed to come down and play the Sunday Service, on the condition that they ‘toned things back a bit’. 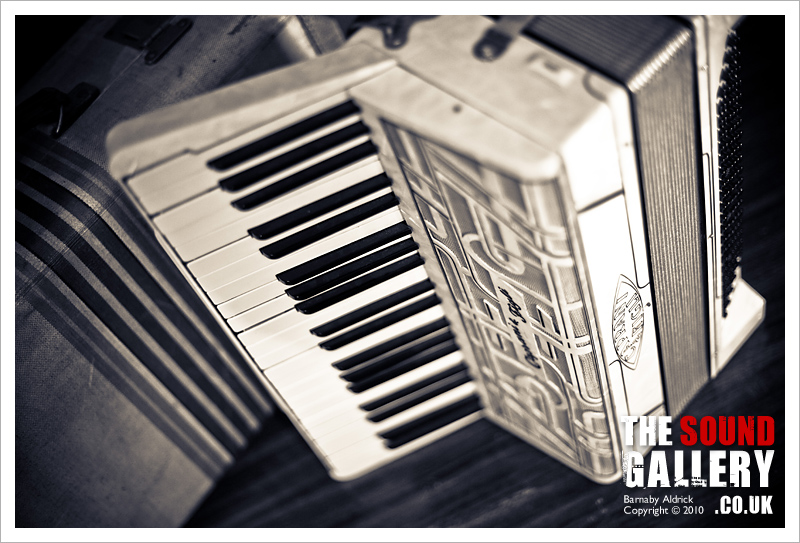 It turned out that the basist learned the accordion especially for our gig. How very good of the man. 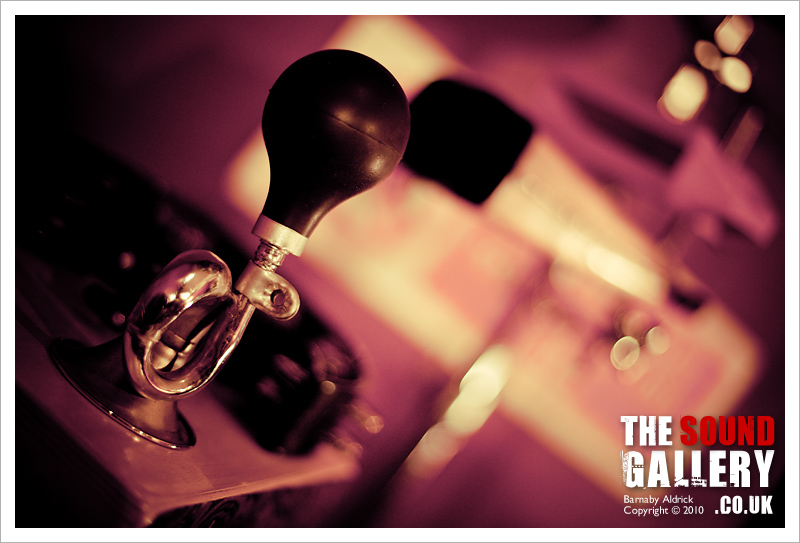 Plus, not only was there a horn & cowbell in the rig… 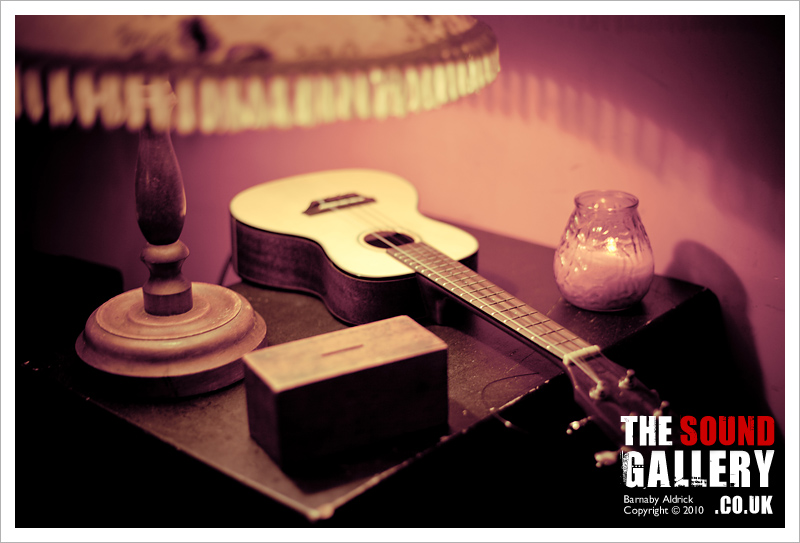 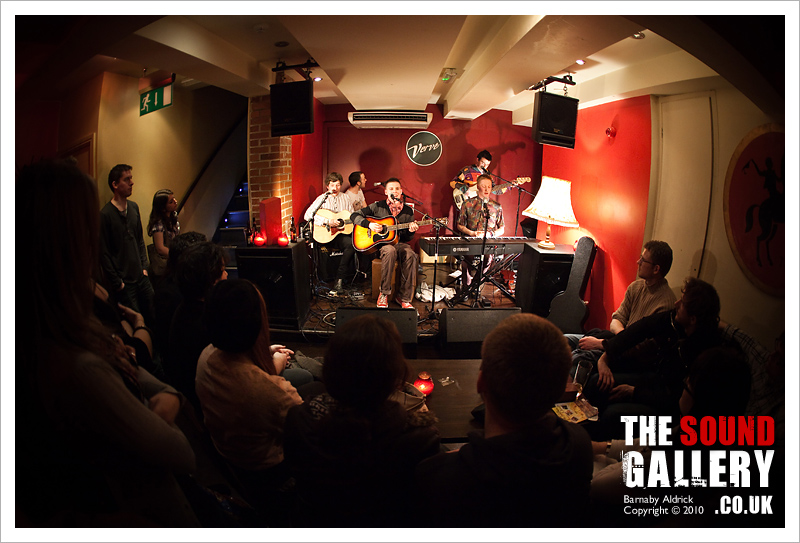 I’m not sure I could say their set was as toned back as they promised, but it went down a storm and a grand time was had by all… 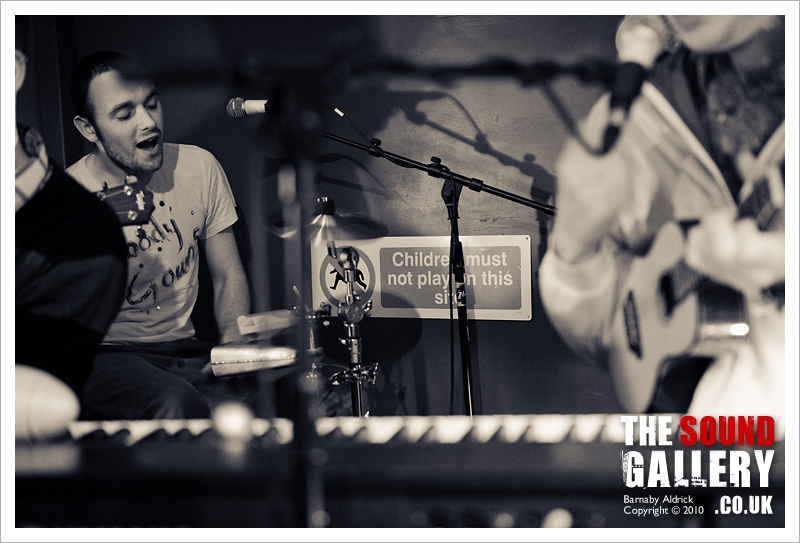 on and off the stage. 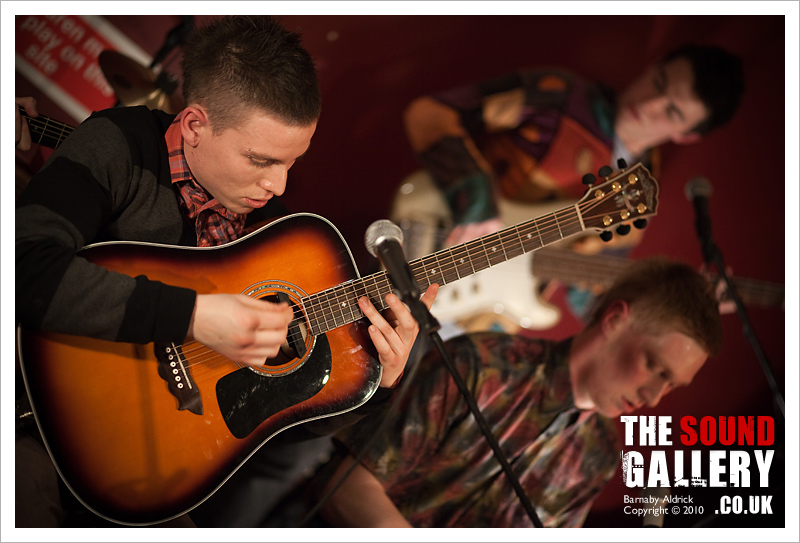 Seb, working above the 12th fret. 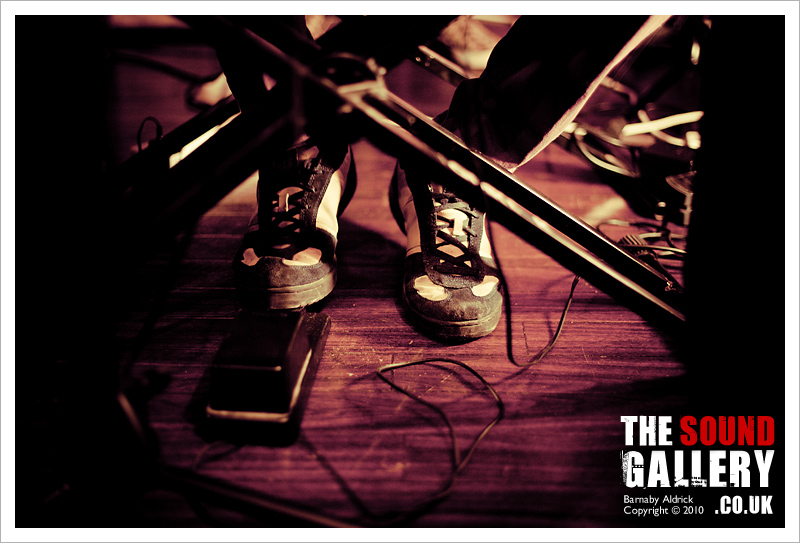 I quite like these details of Nathan’s choice kicks 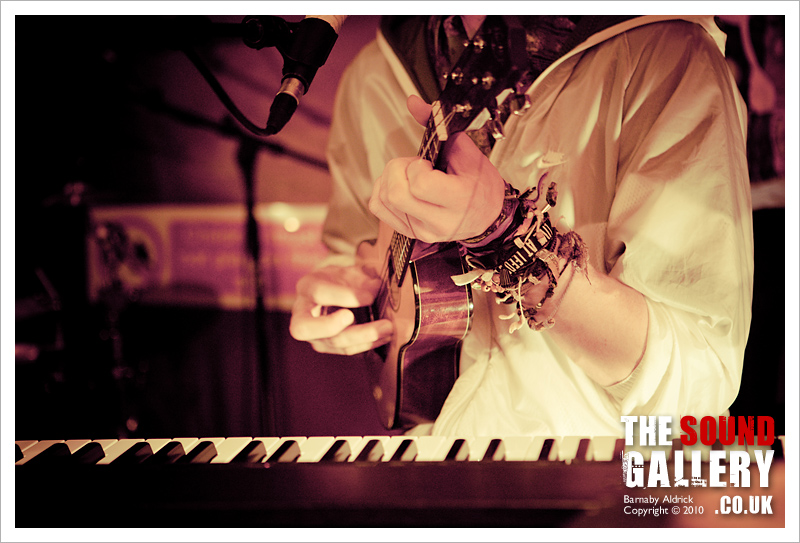 ….and his collection of festival bands.

If you’ve not been checking these kiddies myspaces, you’re very naughty.  I especially endorse the viewing of The Moody Gowns MS (here), cos it’s rather silly.

Anyhoos – just through I’d share a few pix from the last Sunday Service.  The next one, coincidentally, is on Sunday!  We’ve more ace acts lined up, so if you’re near Leeds, come on down! It’s free, so the price is clearly right. For more details visit the facebook group here or myspace here.