Some of you dear readers may know I host and organise a band night in Leeds called the Sunday Service.  It’s a free night at Verve bar in Leeds on the last Sunday of every month and our mantra is to champion the cream of the North’s singer songwriter talent and pay them in beer and pictures.  It’s always a great night where music fans come to respectfully listen to good music, and bands play all the better in that listening environment! 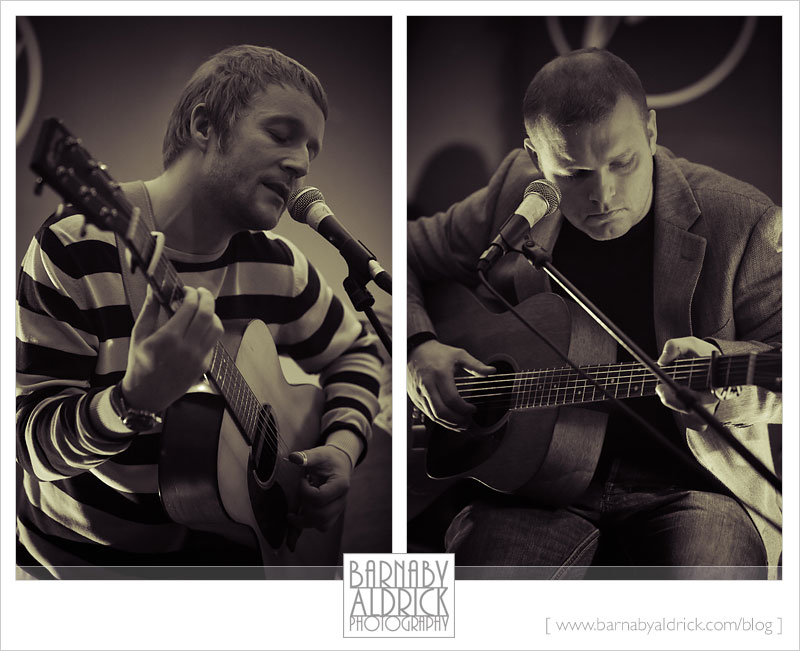 First up were the amazing Garforth & Myers, so named cos Rory Garforth is on the left, and Adam Myers is on the right.

I even got them the right way round!

I don’t mess about you know. 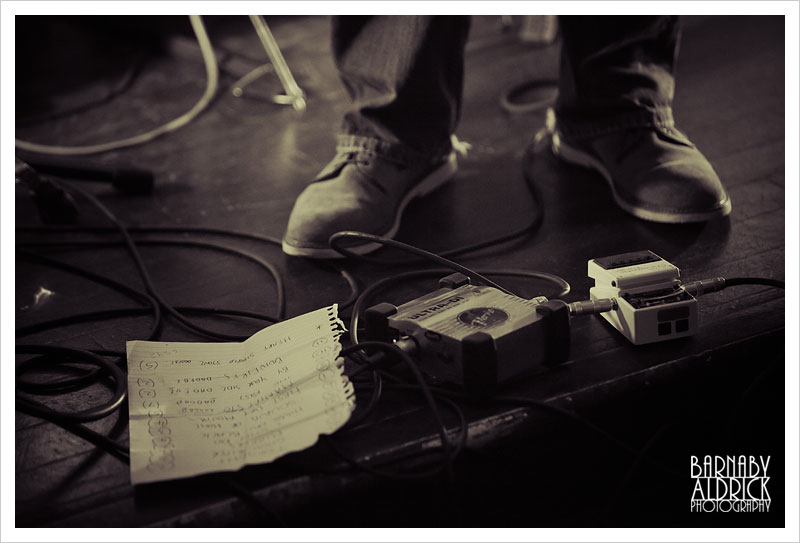 It’d be wrong if I didn’t take a photo of feet during the set. 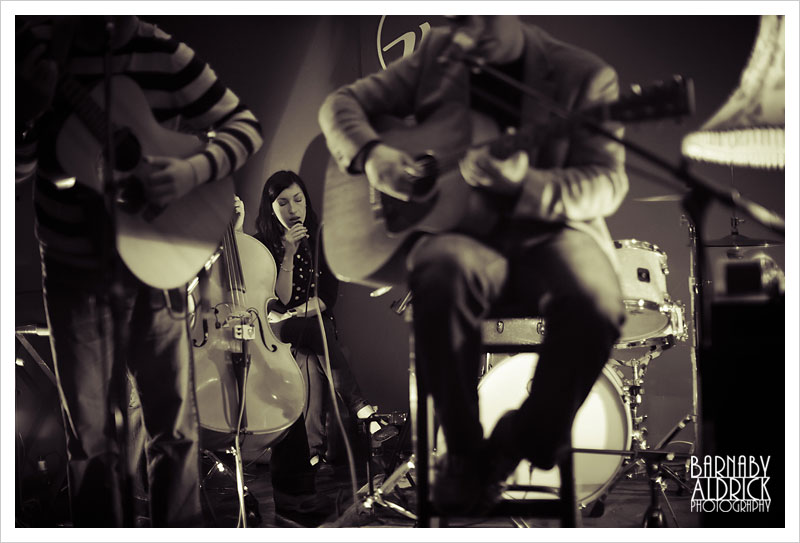 They’d brought along a cellist and backing singer to make the sound all the sweeter. 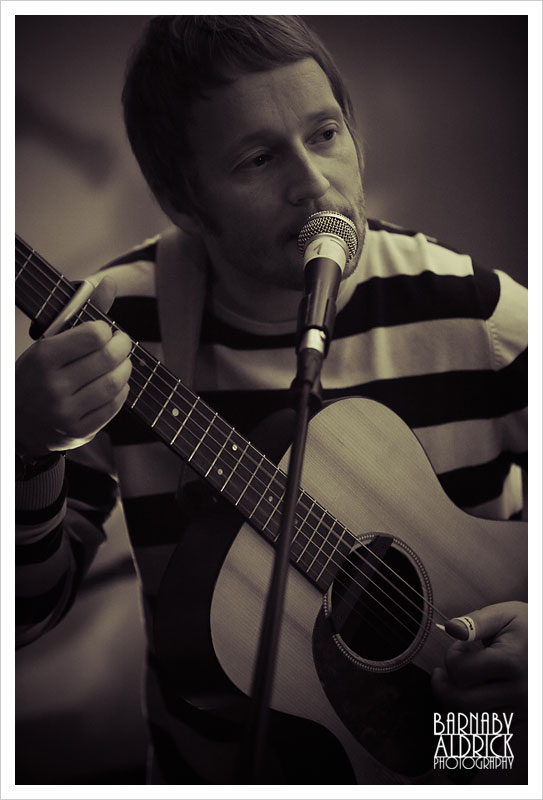 Rory’s an photographer in his own right. Check out his ace work on his site here. 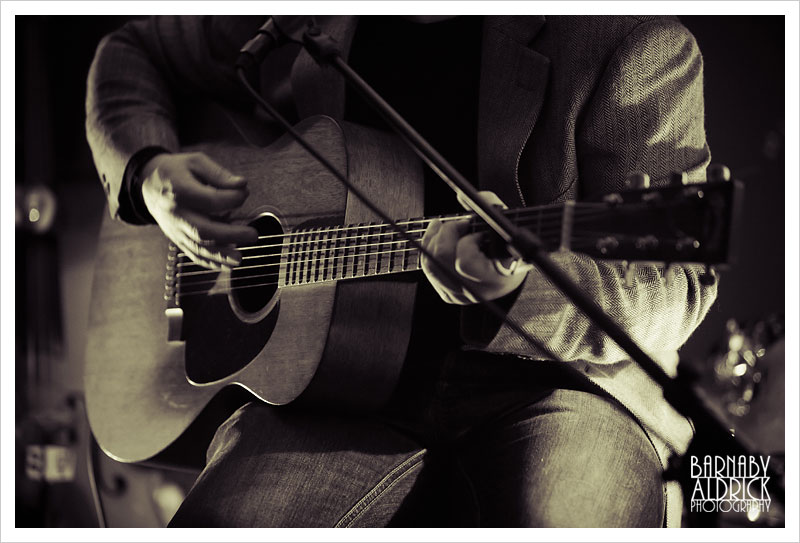 Guitars are a thing of beauty 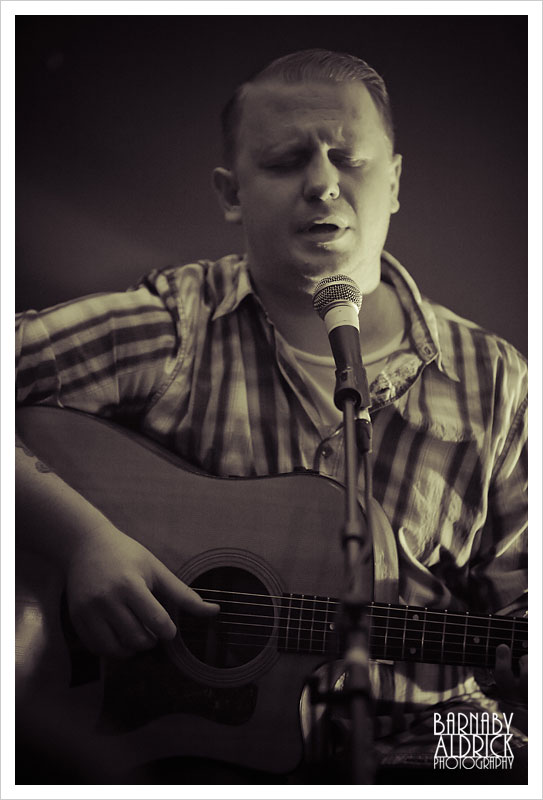 Next up was the legendary Ben Pike. 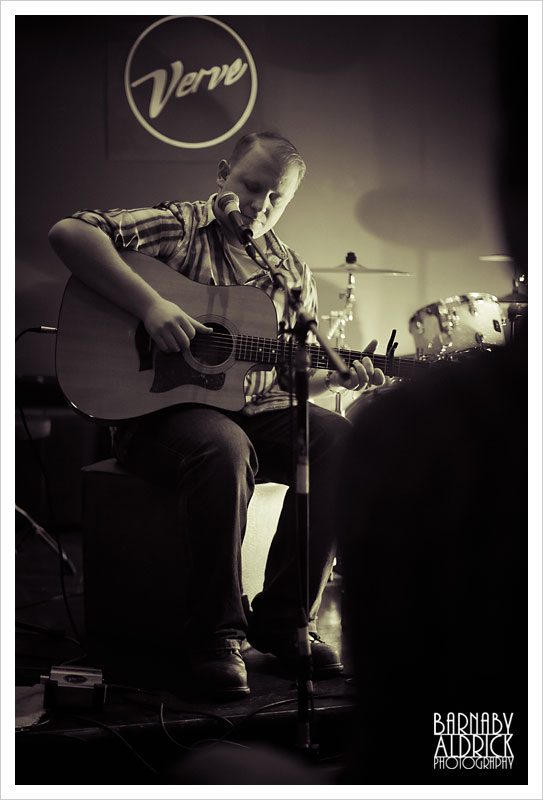 Ben’s laid out his gravelly blues loads of times before, and I particularly like the lap-slide stuff he does on his knees 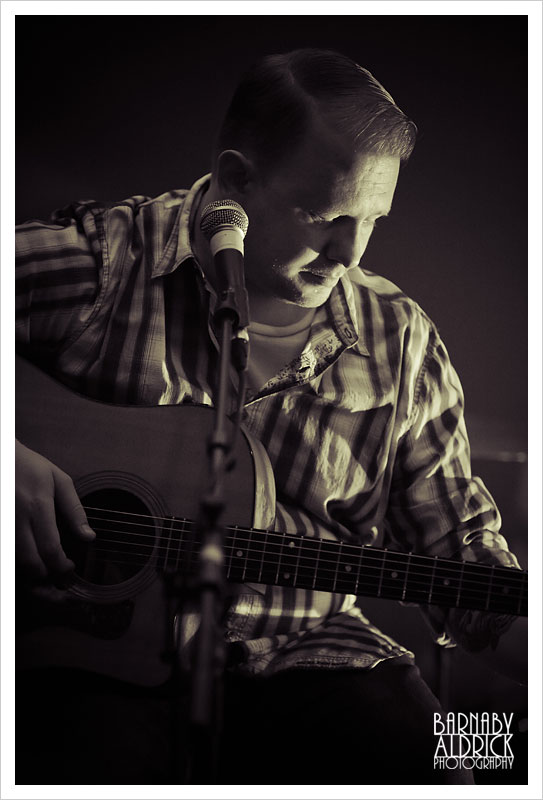 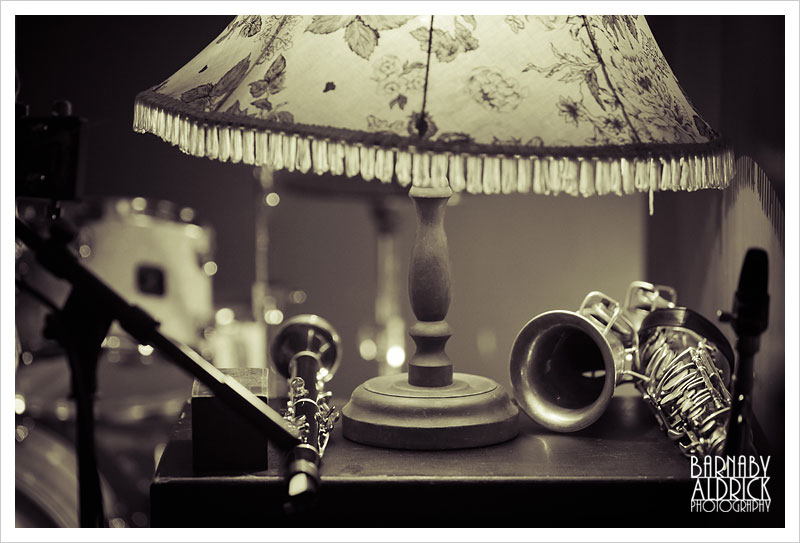 It’s all about the Sunday Service granny lamp, hanging out with the cool instruments. 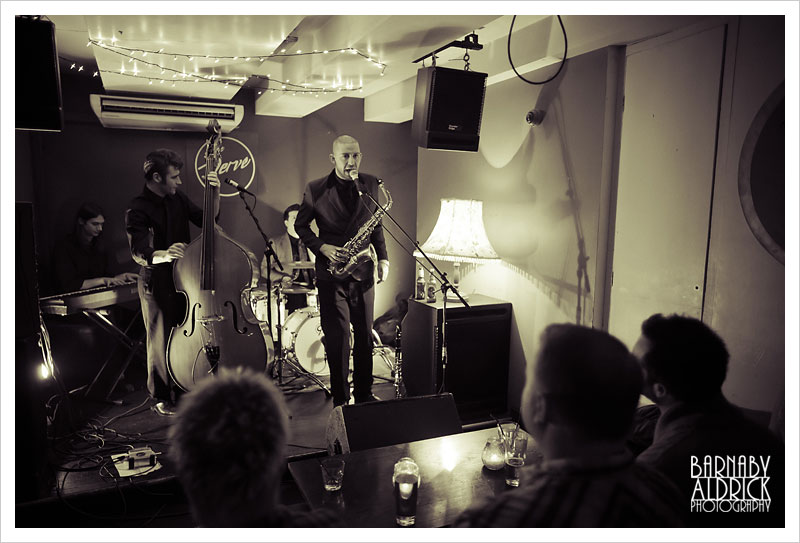 Last up that night were the newly formed, but unbelievably brilliant, Louis Louis Louis. 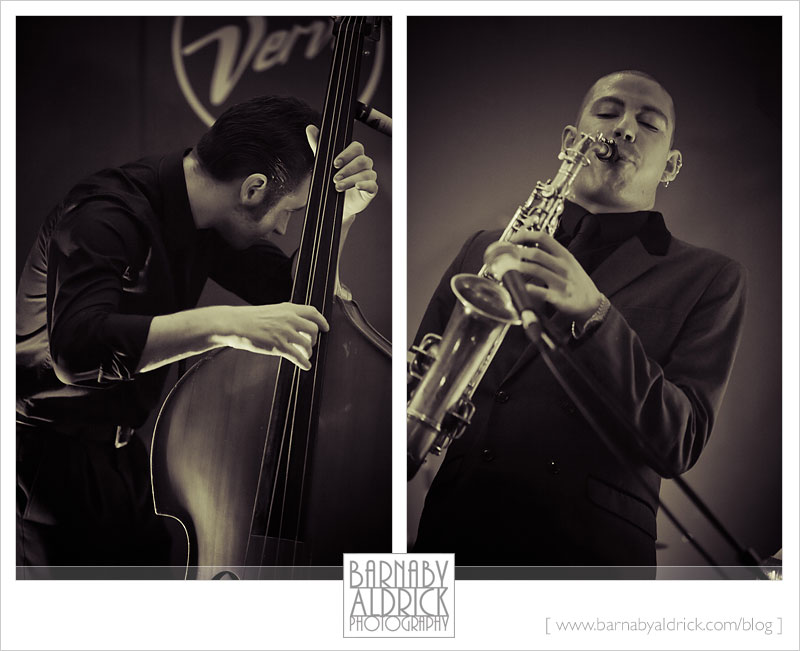 These kids have also played before in various permutations, but this rig is a ‘jump jive’ flavour, covering the works of three famous Louis; Louis Armstrong, Louis Jordan (I think) and Louis Someone Else. 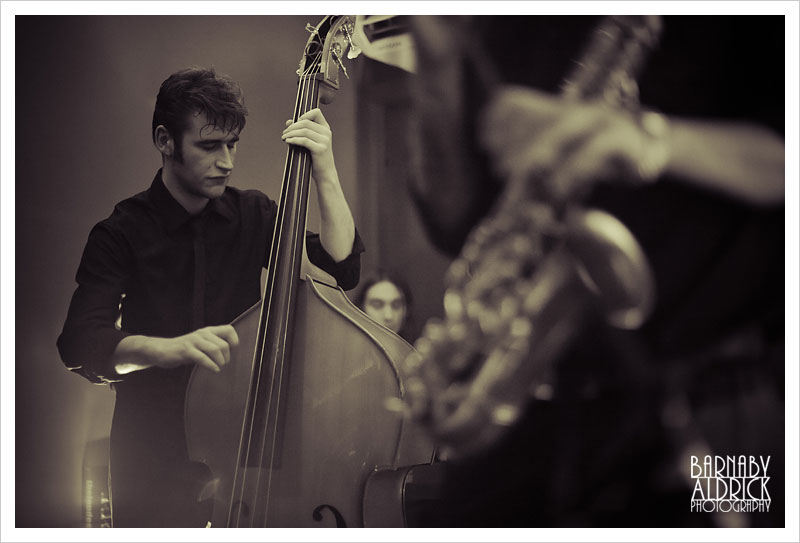 …though anything featuring double bass gets my vote. 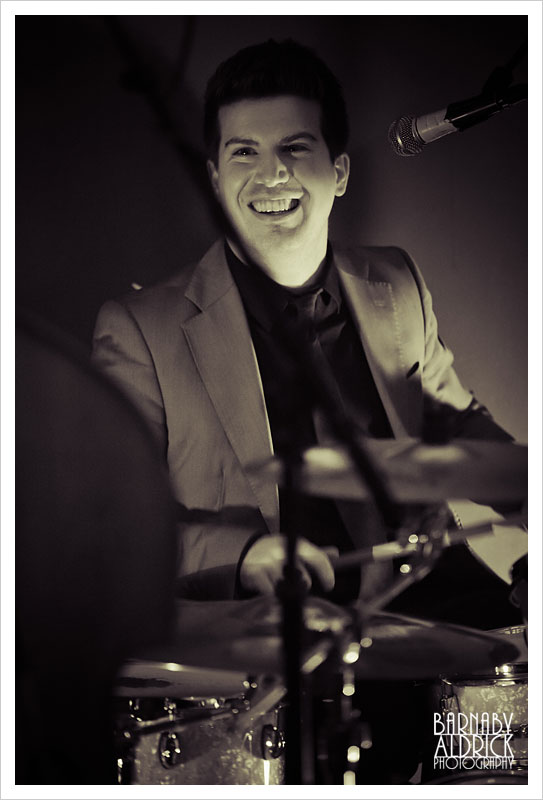 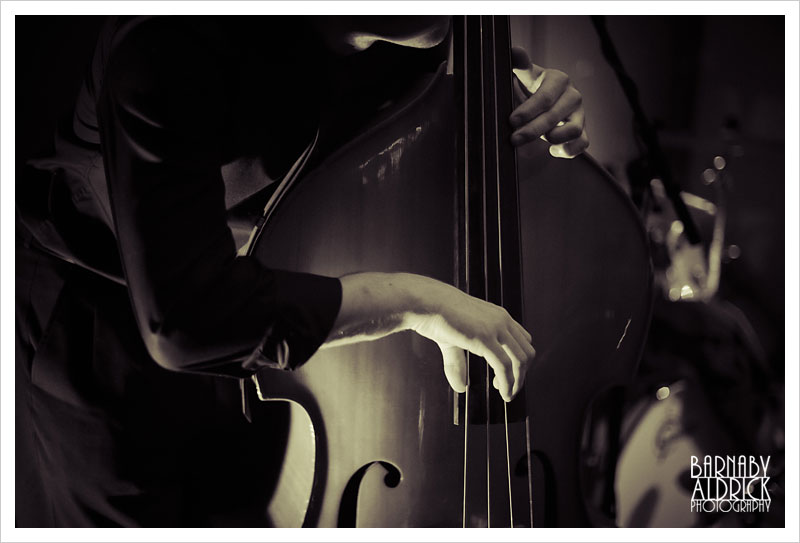 Such a cool looking instrument. 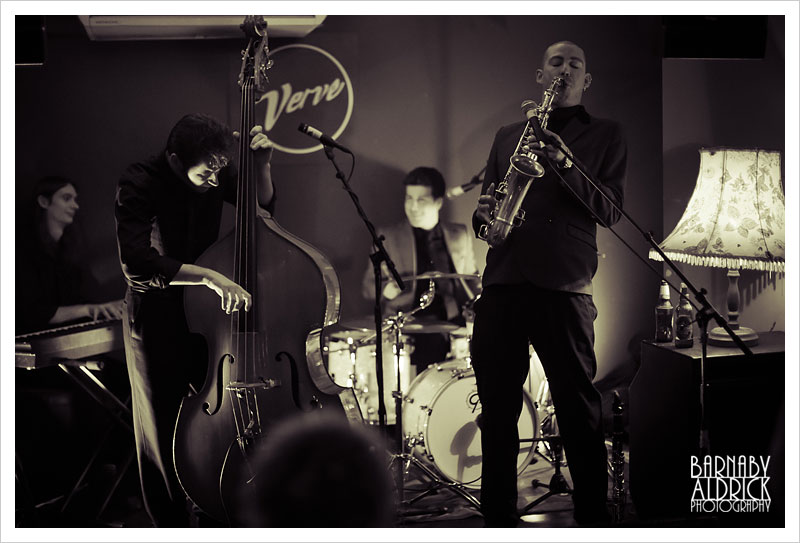 They did a brilliant cover of ‘King of the Swingers’ from the Jungle Book. 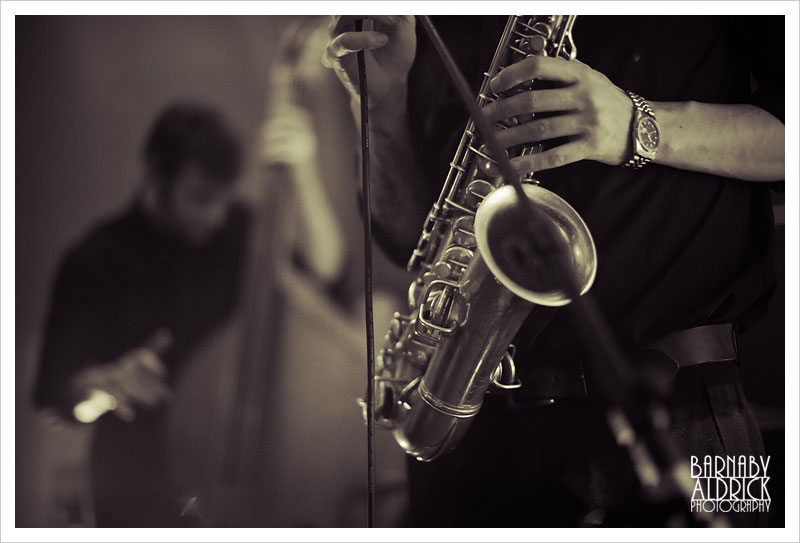 I was thinking as they played that these guys would make a brilliant wedding band to get a crowd in the mood. 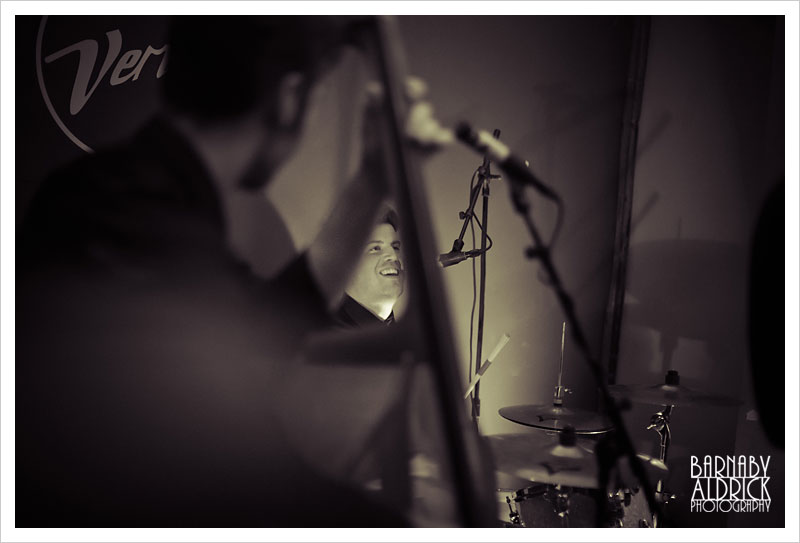 They weren’t short on energy 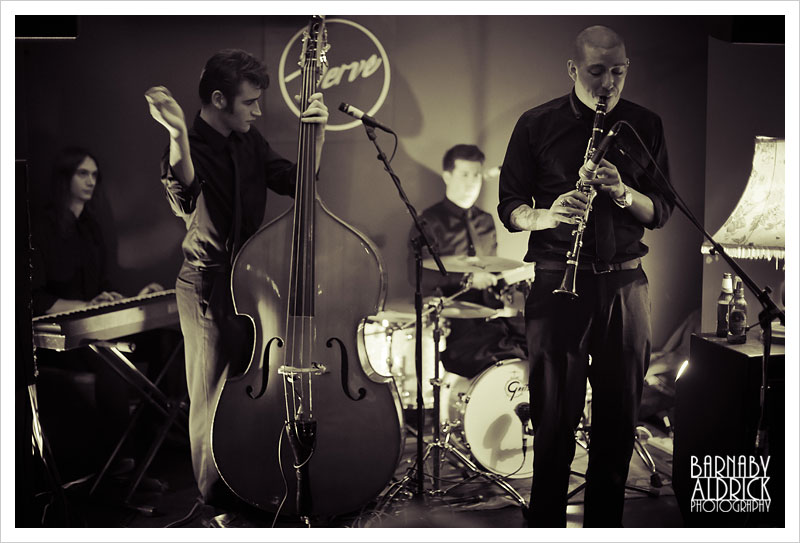 Sam can even make the Clarinet cool. 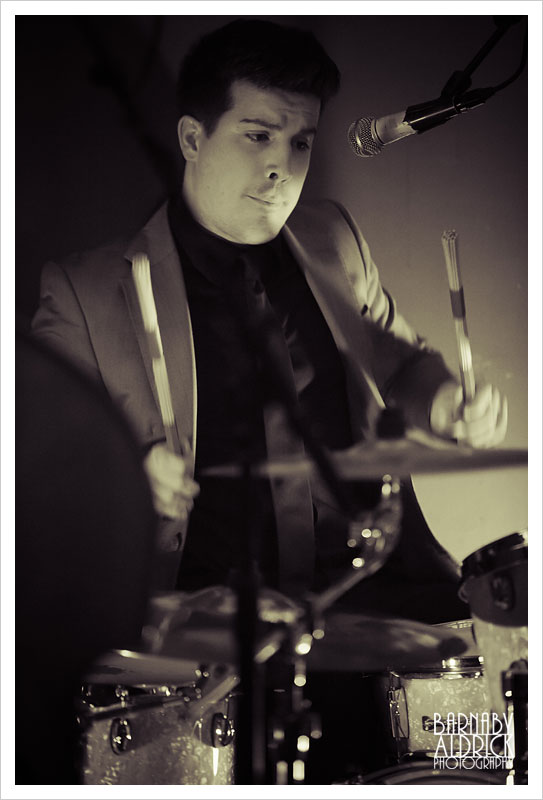 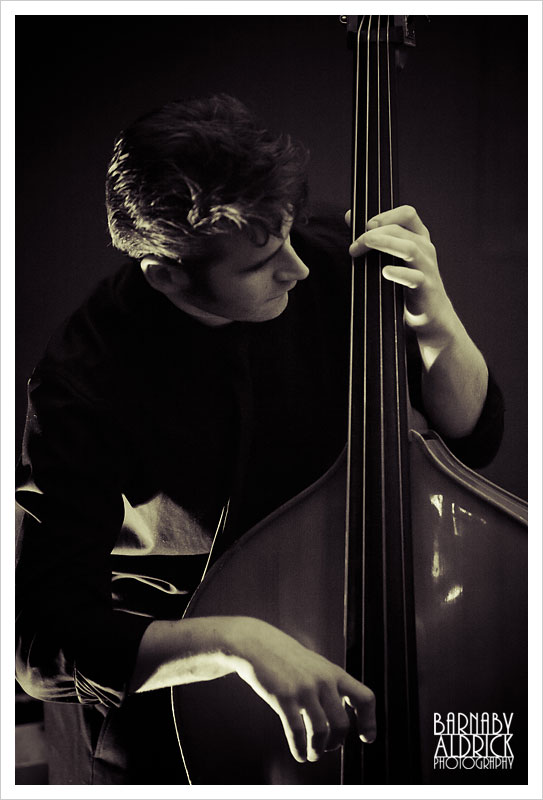 As I said, can’t go wrong with this guy 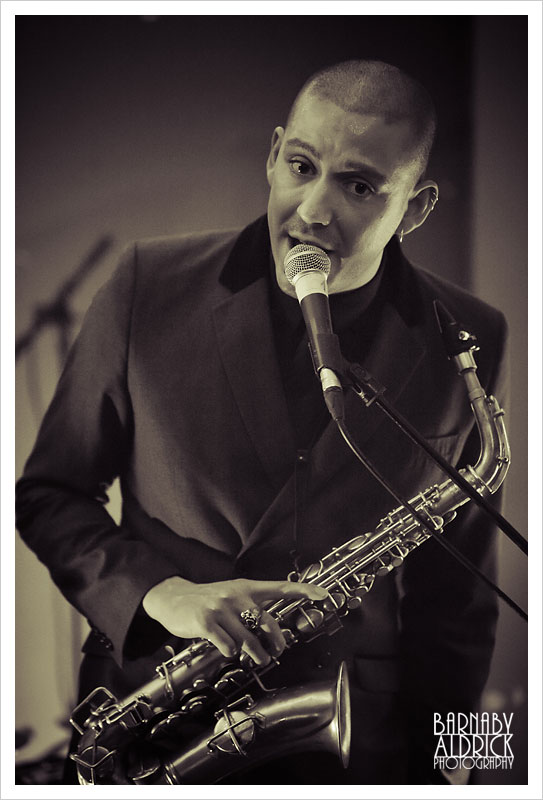 They’d even worn smart suits for the occasion.

Louis Louis Louis were such fun that I asked them back to play Decemeber’s Sunday Service Xmas Special Brew, which was last weekend and went down a treat.  Watch this cyber space for images, and a blog’s been lined up and scheduled!