Last week Phil Barber & I joined James Owen Fender for another round of his Battle of the Bands competition, in association with his Plumpton Presents band night in Leeds.  James set up the competition to promote undiscovered bands and win a fantastic prize: some quality prizes, such as the winning band getting a track waxed by ace producer James Kenosha, which gets onto a limited edition Plumpton Presents Record (via ADA distribution) and get to play the Beach Break Live 2010 music festival.

The competition had 4 heats, and I joined them for the Leeds College of Music leg at the Wardrobe (check the TSG blog here) we joined them last week for the Leeds Metropolitan University leg.  I’ve just posted a load of images on the Sound Gallery blog (here), but here are a few teasers. 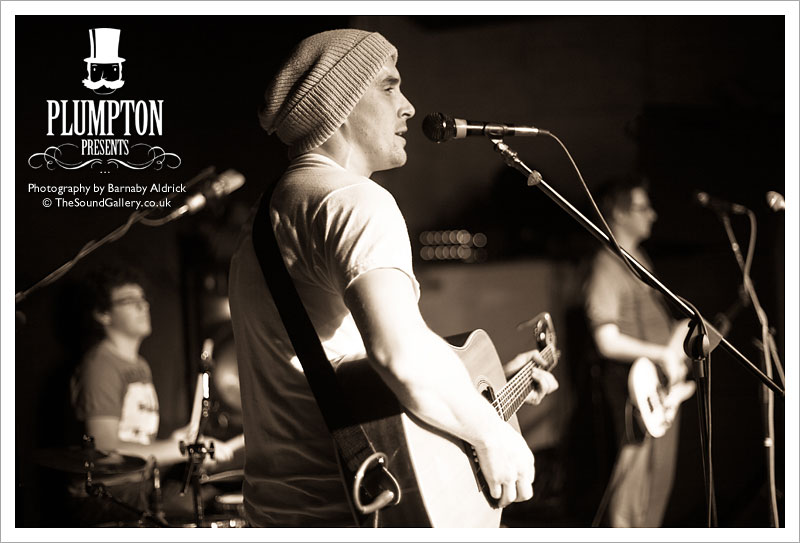 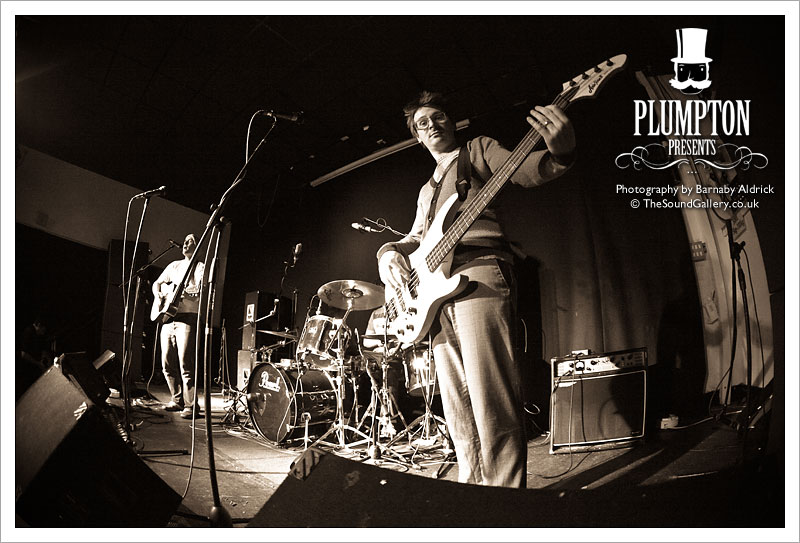 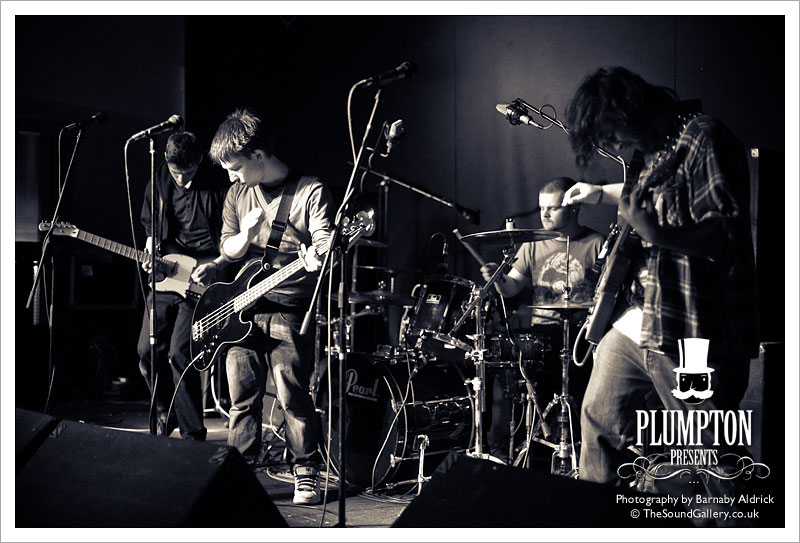 Instrumental post-rockers Dododeaddead, who actually won this round. 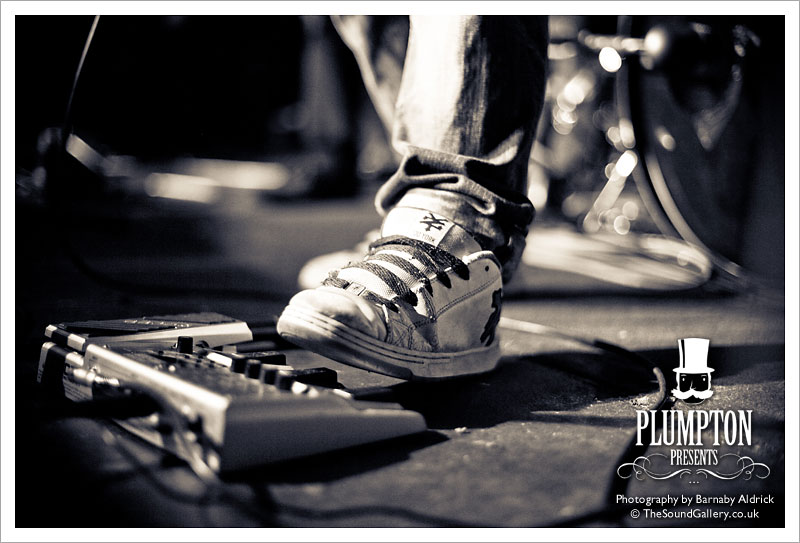 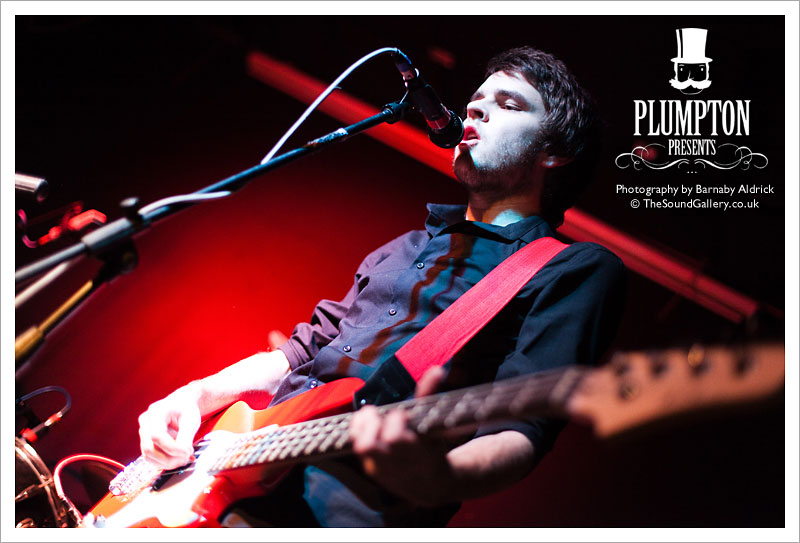 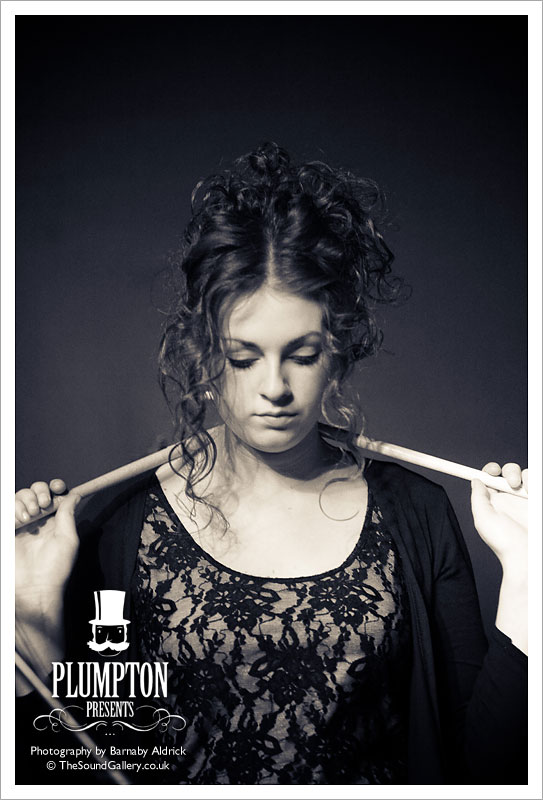 …with their beautiful singer who liked to drum her personal snare when not wailing. 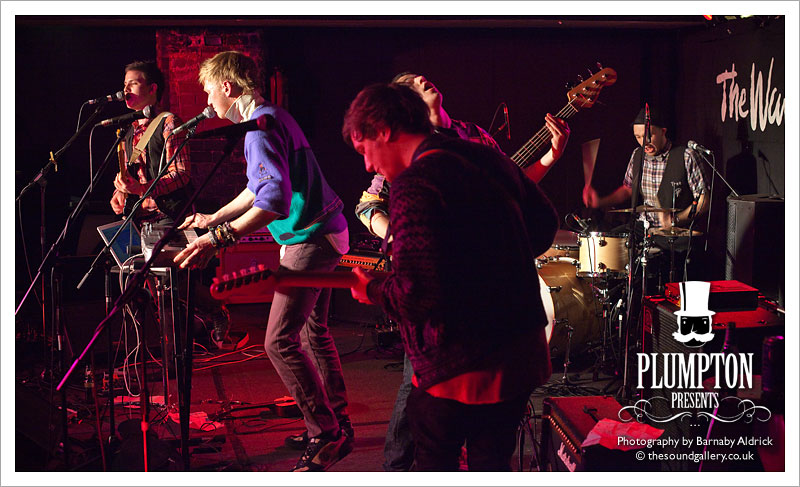 The battle of the bands went on to have a final heat last week at Oporto’s Bar last week, featuring Dododeaddead went up against Moody Gowns, Charlie Bath & The Luminaries and the Moody Gowns walked out victorious!  They were ace at the Wardrobe leg, and really looked like they had a wicked time on stage. Congrats to them. As it happens, they’re joining us to play a marginally paired-back set at the Sunday Service on Feb 28th if you’re in the area & fancy a go.

This prompted me to realize that I’d not posted any images from the past 3 months worth of Sunday Service gigs! 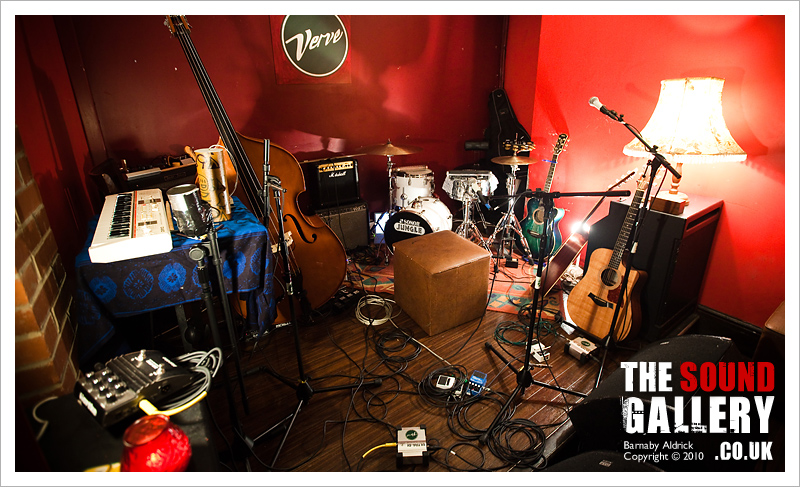 In case you’re unaware, I help run a monthly acoustic band night at Verve Bar called the Sunday Service for the cream of Leeds’ music scene.  I like to get great bands to play in exchange for beers, a share of a collection and most importantly, photography of them playing.  Basically, I bribe them with pixels.

The above shot shows a typical setup for a nights musical entertainment! The more interesting the instruments the better I say.

Again I’ve posted a full blog of 3 month’s Sunday Service faves on the Sound Gallery blog here, but here are a few to whet your appetites… 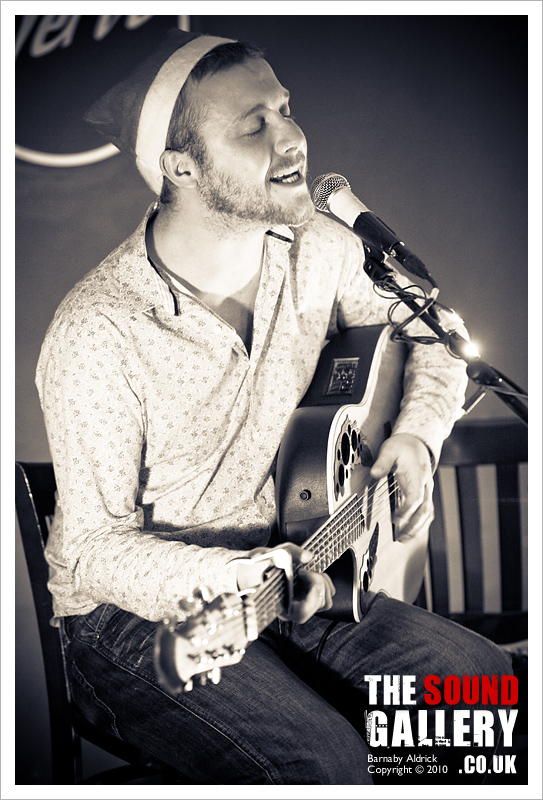 Richie Bower, of Palooka. Check his myspace for some amazing newly recorded tracks. 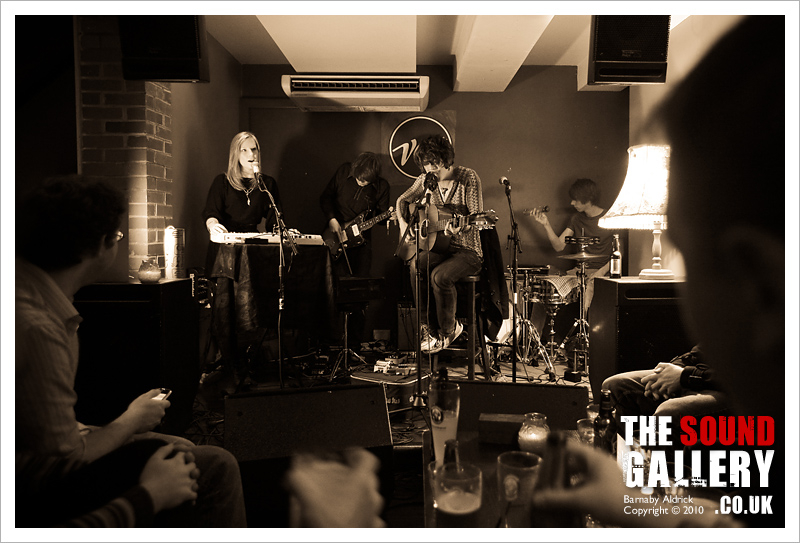 The amazing Paul Thomas Saunders and his band ‘The Fever Dreams’ 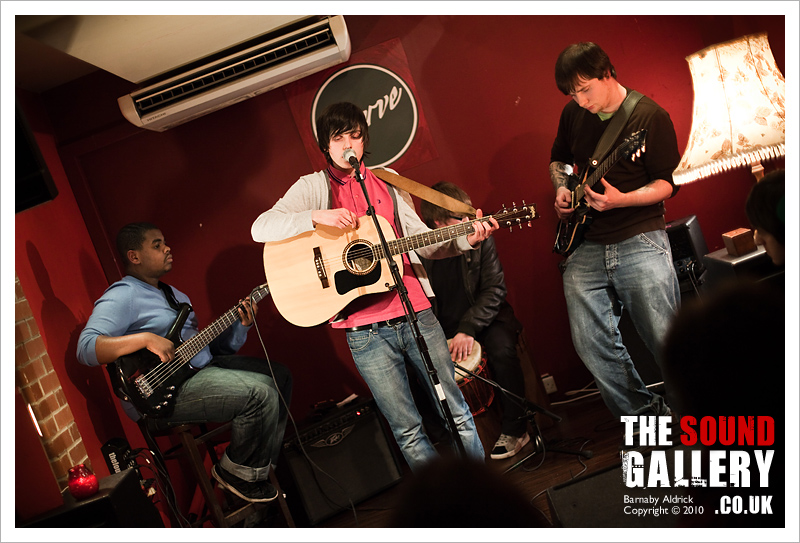 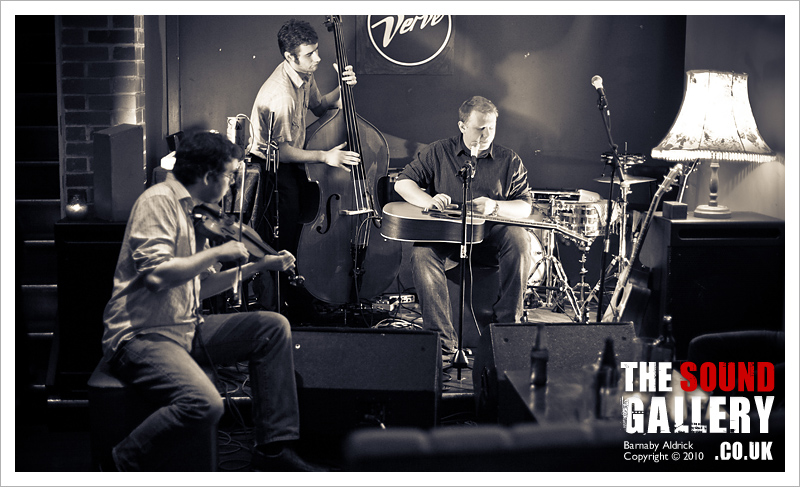 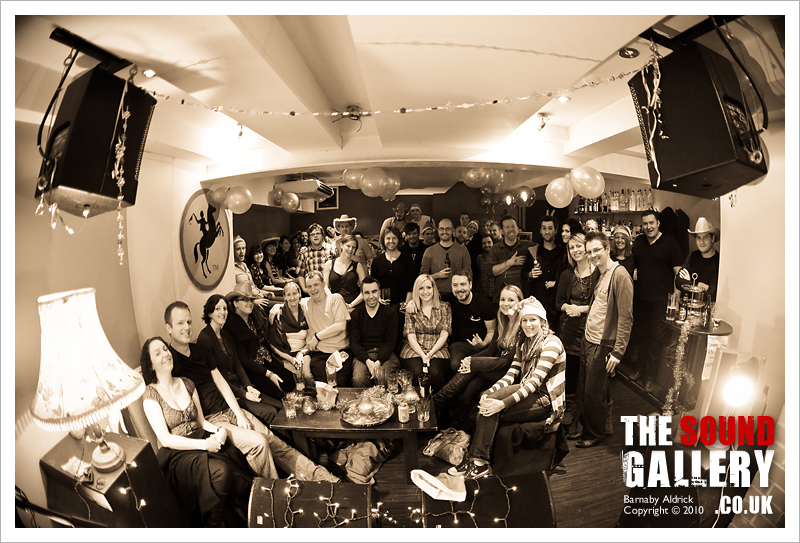 Remember, these are just a the highlights, and you can see a load more images from each on The Sound Gallery Blog.  Check it.