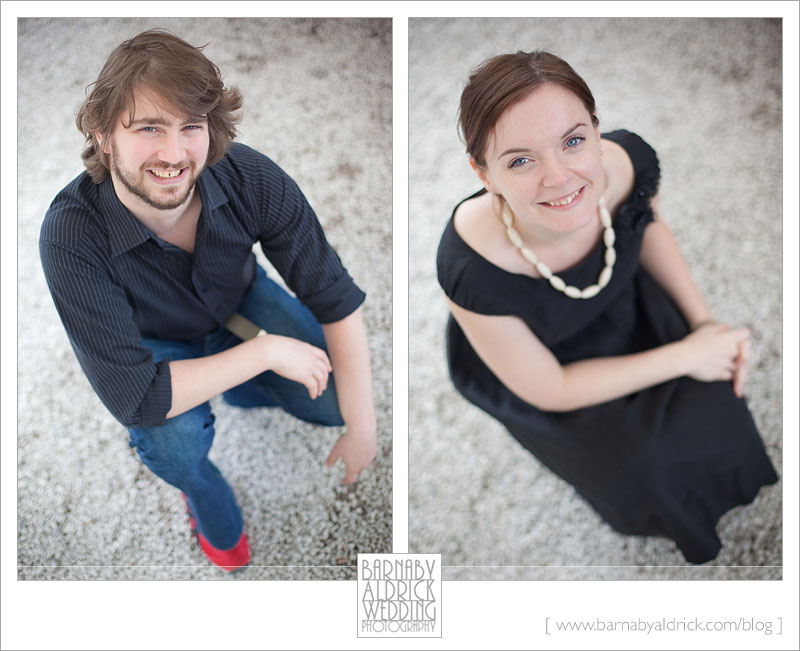 A few weeks back I hooked up with Vickee & Andy to nosey around Lancaster for their upcoming wedding this Friday. 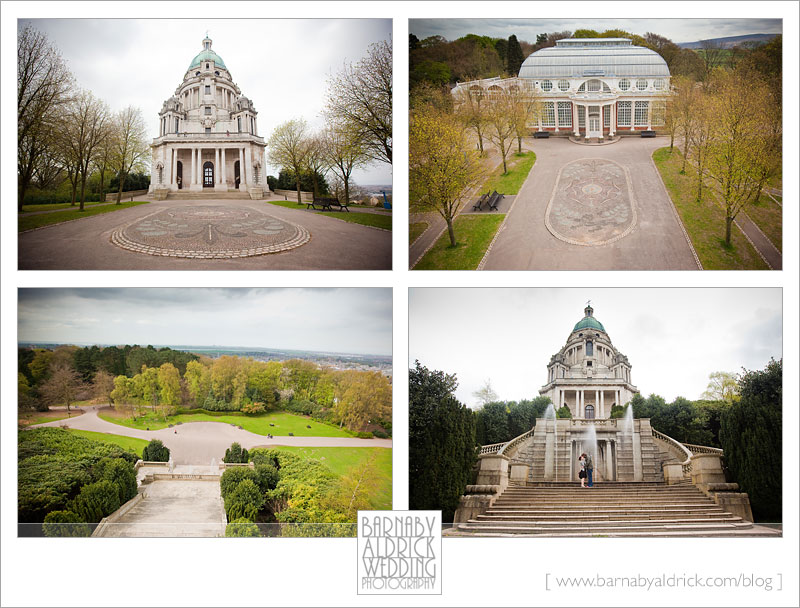 They’re getting married at the Ashton Memorial, in Williamson Park on the top of the hill overlooking Lancaster.  It’s a stunner of a location, in a beautiful park with 360 degree vistas all the way to Morcambe Bay & has a mean stairway.  It was built back in the early nineteen hundred by millionaire industrialist Baron Ashton in memory of his second wife, Jessy, a la Taj Mahal.

At around 100 feet tall, it dominates the Lancaster skyline and is visible for many miles around and has been described as “England’s grandest folly”.

Looks pretty sweet to me. 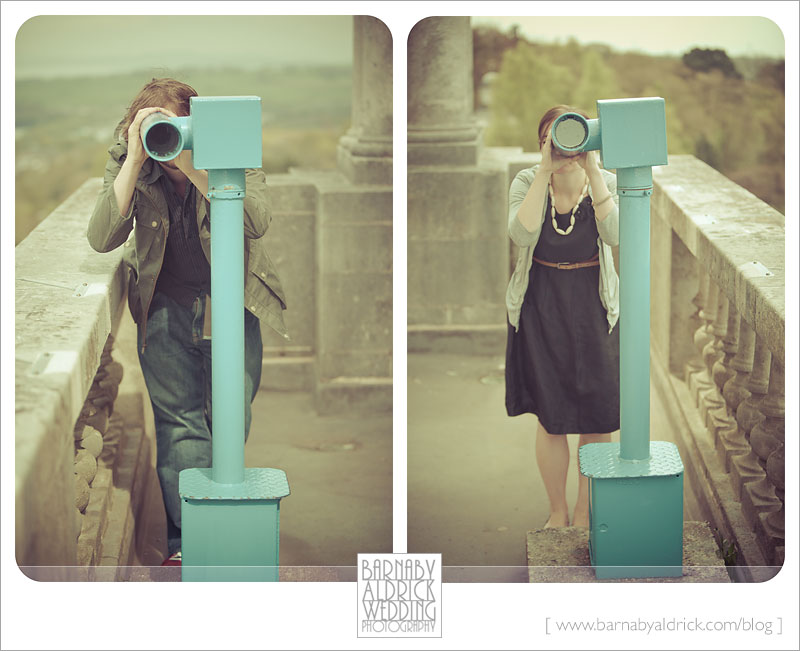 Admirin’ the view. Sod Morcambe bay, I am the view. 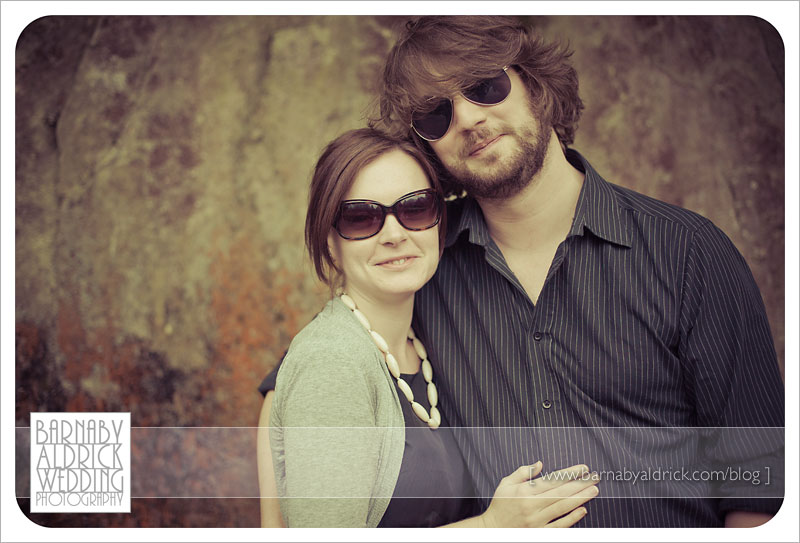 Givin’ it rockstar in the bins! 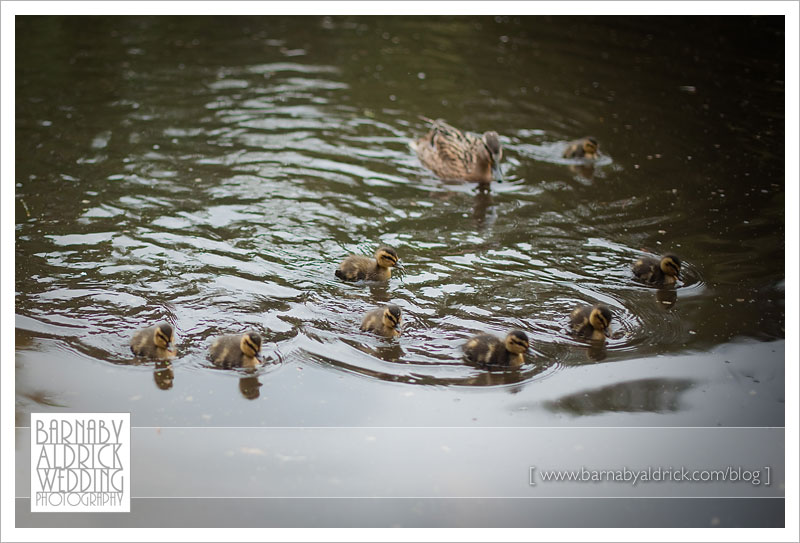 After looking at the Memorial, we had a wander in Williamson Park and spotted these fluffy wee things bobbling about on a lake. 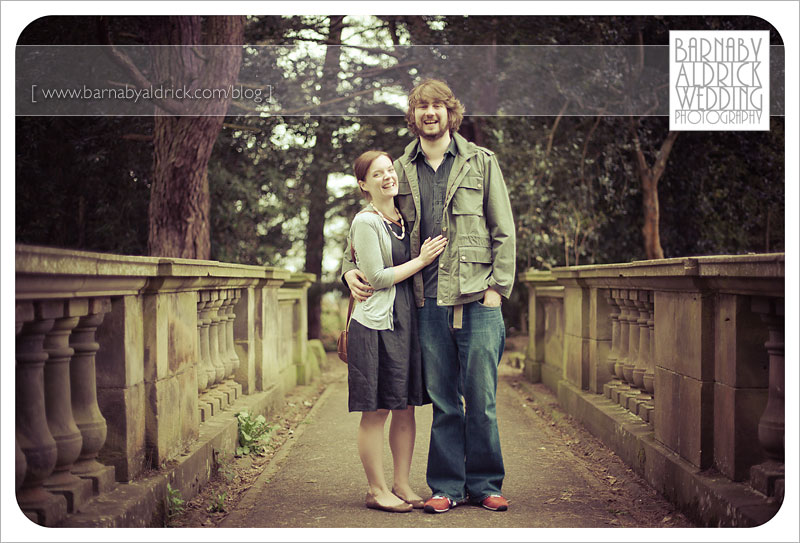 I saw a chopped portrait done like this somewhere and thought it was a cool idea, so I ripped it off. 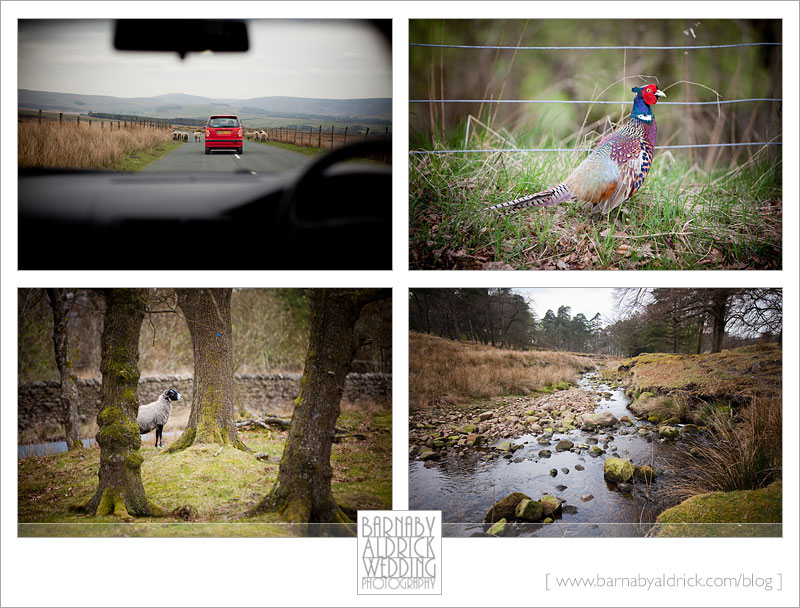 Afterwards we took a drive to their reception venue, the Inn at Whitewell – a 45 minute drive down the ‘Trough of Bowland‘.  This might be the most stunning stretch of UK landscape I’ve seen in years.  Designated an ‘Area of outstanding natural beauty’ I can see why it’s referred to as the “Switzerland of England.  It was simply stunning, and we had to stop a bunch of times to snipe the crazy wildlife & dive out to snap torn up petey views.  It was straight out of Lord of the Rings.  We might do a few pics all togged up en route on the big day. 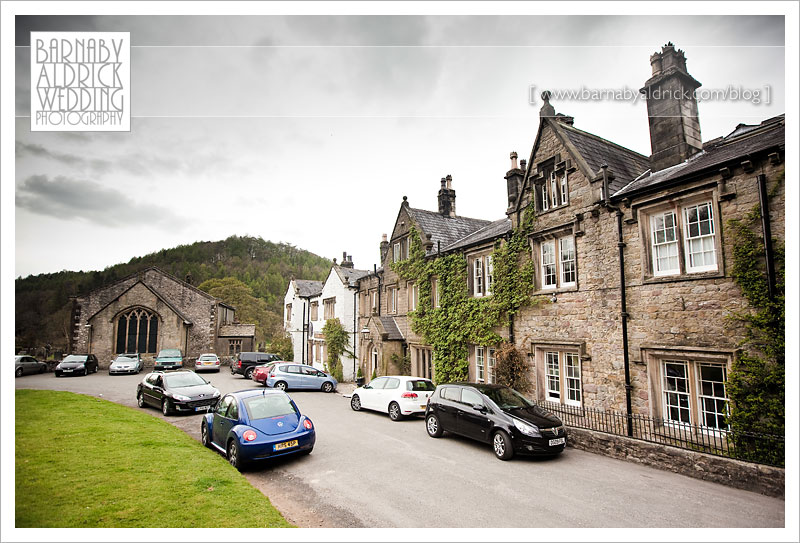 After a deserted rolling road (that was no doubt an impressive pain in the behind to make) we found where the locals were hiding out – at Vickee & Andy’s reception venue: the Inn at Whitewell.  This is the kind of place my mum would know of – a thriving eccentric gastro pub in the back of beyond, serving up incredible grub off ever-changing blackboards.  My kind of place. 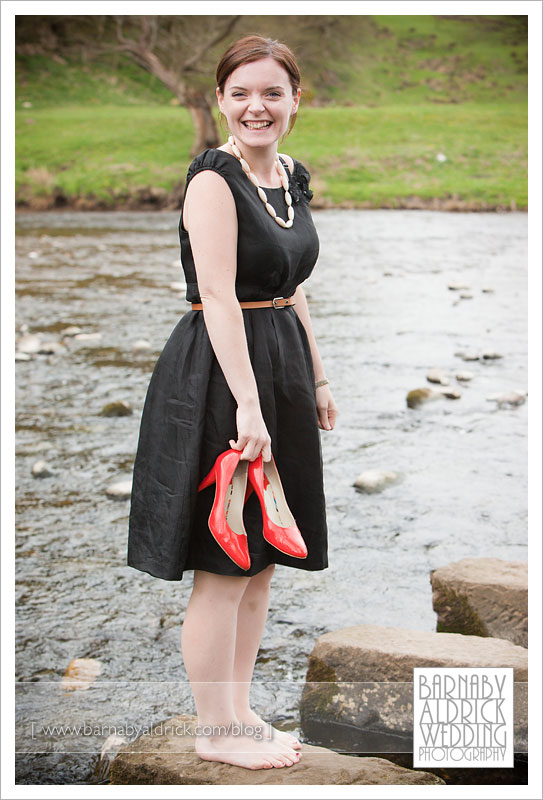 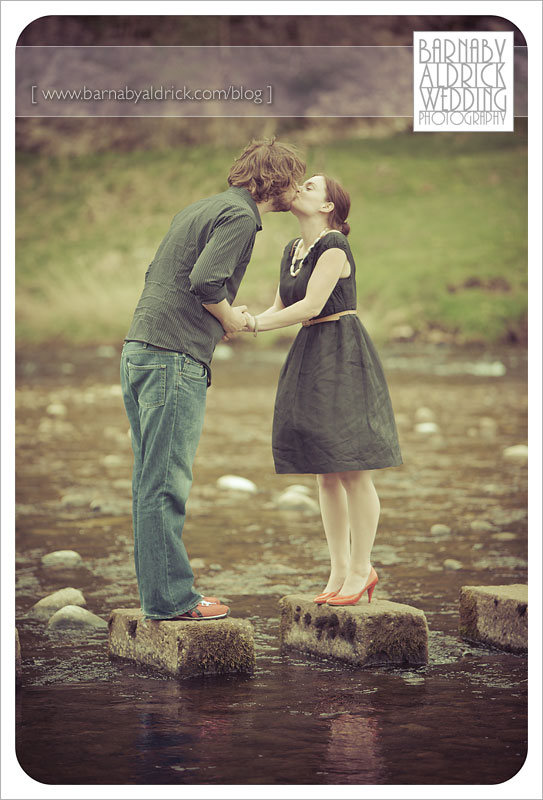 …for a cheeky snog on the stones. 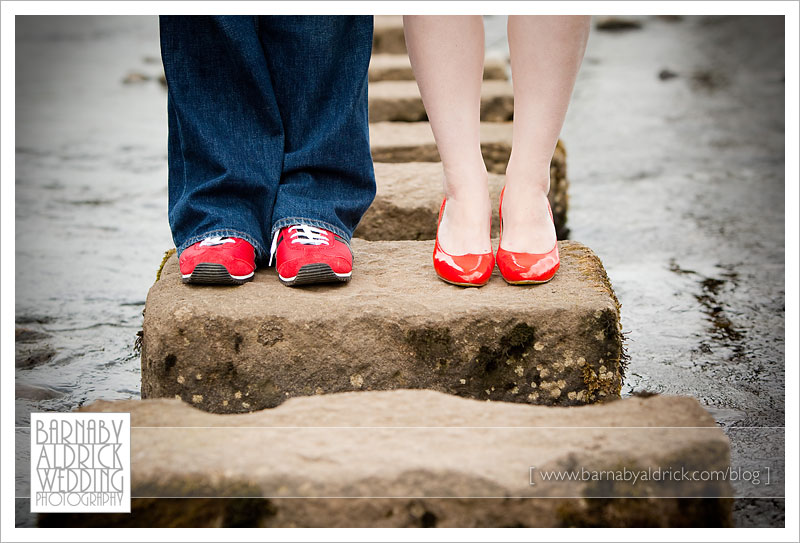 I love it. It’s all about the shoes… 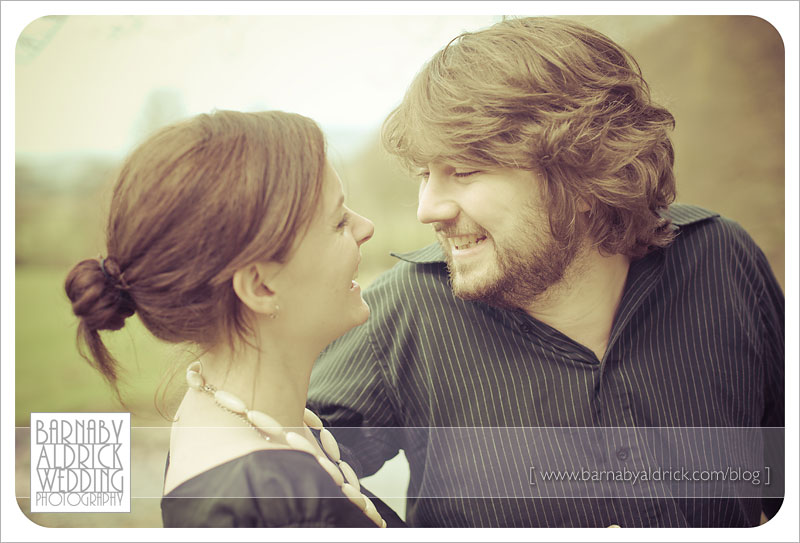 …and the couple, of course.  Especially one as totally happy with each other as these two.

I’m thinkin it’s gonna be a fun one.  Especially as two of our good pals who’ve been galavanting around the globe for 6 months are back especially!

As it’s a Friday wedding across the Peninnes, we’ve decided to make a weekend of it and spend the remaining weekend half-way home in the Dales.  We’re staying at the coolest Grade II listed Agatha Christie-esque hotel called Falcon Manor in Settle for a couple of nights.  I hope to show Clare the delights of Malham Cove, Gordale Scar & Settle nearby.  Check this badboy: 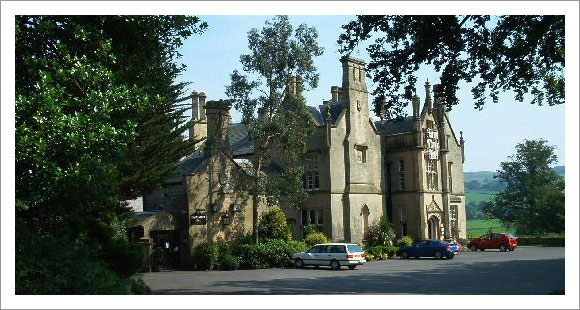 If I die under suspicious circumstances, the butler clearly did it in the billiard room with the candlestick.