In the spirit of my last post about my pre-wedding video shoot, I yesterday hooked up with local two movie maker pals Will Simpson & Chris Robson for cake & caffeine at the Tiled Hall Cafe in Leeds Library.  Whereas most of the 5DmkII-owning stills photographers I know are, to different degrees, dabbling in a brave new world of HD video & the moving image, there’s been an equal and opposite shift of film-makers moving from the movie & broadcast world towards the DSLR.

Many pro-togs, often already armed with fantastic low-light, wide-aperture glass, are now able to get stunning buttery shallow depth-of-field video.  We’ve all the gear, but so often no idea.  As well as an entirely new way of shooting with movement in mind (where freezing has always been our mantra), we’re faced with an entirely new workflow, with newly important frame rates & shutter speeds, lists upon lists of video conversion options and an impressive selection of unintuitive video editing software options.  Even worse, we one-man-band photographers are finding it’s nigh-on impossible to make any kind of production without a team of several heads.  So we’re being forced to shift out mindsets from dictator-for-life to just camera man, while someone else takes the role of editor, and handing it over to yet another for the edit.  It’s like going back to school… 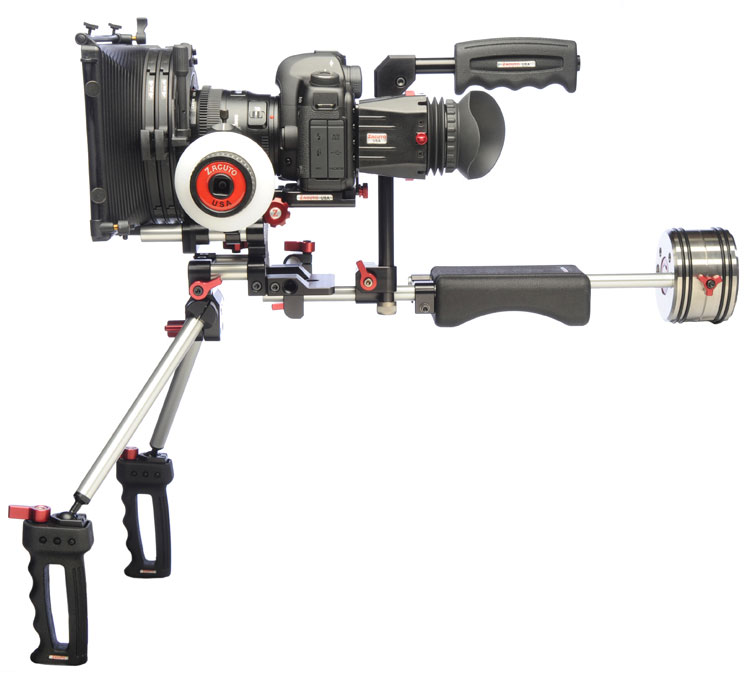 A REAL EXPENSIVE SCHOOL!  The many ways you can pimp a mkII are insane.  Dropping £2k on the body is just the start, overlooking a very deep hole!

But on the other side of the fusion fence, strolling into the world of DSLR exploration & ownership are kids from the film side.  This lot already know the grip from the gaffer, a scrub from a scratch & the gate from the matte.  Since the release of the gamechanging Canon 5DmkII DSLR camera, the film kids have been given a new option – to quickly get high quality, High Def movie from a tiny solution.  The jobbing broadcast cameraman, can now go out and buy a 7D & a 24-70 & make his own feature.  Then they find themselves with a high quality stills camera and are suddenly shooting stills at their mate’s wedding.  Exciting times.

Myself & Phil Barber recently went to the Converge 2 conference on the South Bank in London, bringing together the pioneers in 5dmkII ‘Fusion’ to fire up the excitement about developments in this young field.  We saw videographers like Philip Bloom talking about how he’s been asked along to the sets of Lucasfilms latest movie to shoot scenes on the 5D.  Rodney Charters, the legendary DOP on the 24-series, showed us some some genius 5DmkII footage captured by strapping 5DmkIIs to a car ripping round New York, as well as how they used 5DmkIIs to capture all the New York City plates (backgrounds) to make the LA-shot 24 footage look like New York.  Converge 2 was also great to listen to the ever inspiring Bui Brothers call to arms in spite of what little gear you have, as well as to see Richard Jobson talk about his very 5DmkII orientated cinema movie projects.

Further legitimising the use of Canon 5DmkII’s in the movie & broadcast world was the season finale of House (Episode titled ‘Help Me’).  For a show that’s always been 35mm film-based, this crowning achievement marks the first network TV prime time drama episode to be shot entirely on a Digital SLR camera – an industry-first.  I’ve seen some tidy clips online and am waiting to get a copy of the show, but the rumours are insane. 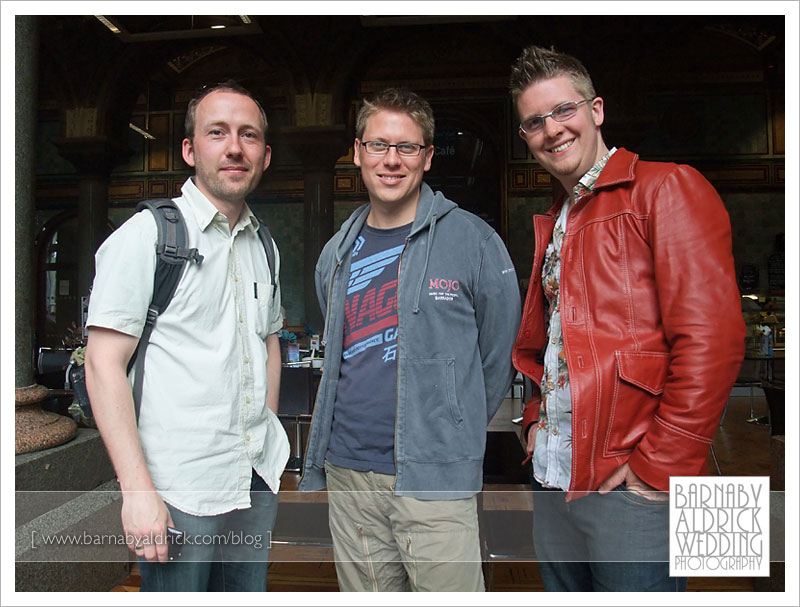 Anyhoos – closer to home and back on point, it was very cool to hook up with two knowledgeable & thoroughly decent fellows from a movie making background.  Will Simpson (left) has recently binned his movie lecturing and gone freelance under the company ‘Omni Pictures‘ & likewise Chris Robson (centre) has also left the confines of of Mezzo Films to brave the exciting world of freelance film-making (check his showreel here).  We’re all hoping to collaborate & shoot some film frames together in one way shape or form, and they’re toying with the idea of making promo shorts for photographers, but all-in-all it was most excellent to hook up and geek out in this brave new world.

As it seems with all things, those who help each other & learn from far & wide go furthest (search ‘Romans’ for details).  In this exciting time for DSLR ‘Fusion’, pooling knowledge from the traditional worlds of stills and video has to be a good thing to get the most out of these powerful toys!

To infinity and beyond…