On a heavy & bloated boxing day I was idly googling (watch out Collin’s Oxford Dictionary – new word incoming) and somehow I started reading into the latest iPhone OS update.  These days I like to check if it’s worth a wasted afternoon formatting, updating & syncing back all my  iPhone data only to find I can now choose different fonts in Notes.app & enjoy a pointless iBooks feature.

Buy one major features to join iPhone’s OS (iOS4.2) is Apple’s ‘Airplay’ technology.  Basically we’ll soon be able to stream music & media from our ipods & itunes library from any machine on a Wi-Fi network.  Not only that, but you can use the iPhone as a remote to independently control what’s playing where and the volumes of each!  Nice eh? 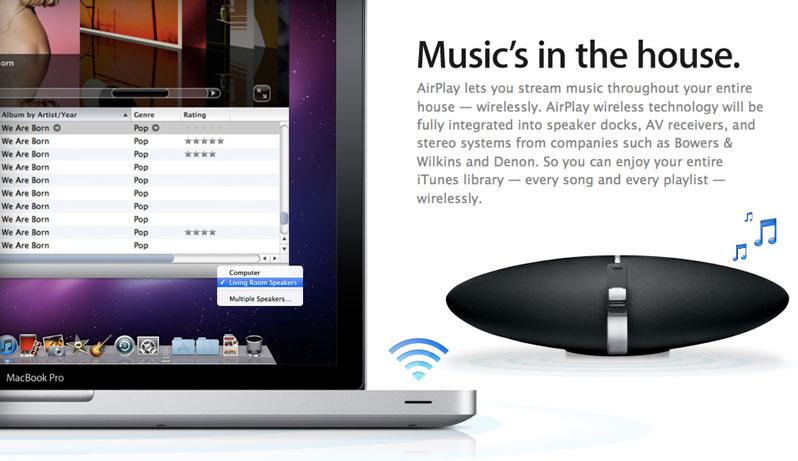 I know home networking & wireless media streaming has been around for a while, but it’s always proved a bit of a headache, and has never been of a ‘mum-friendly’ standard. Since moving into my first house this year I’ve been looking into a system to wirelessly stream audio to a room of my choice.  Initially it looked like to get involved in streaming audio I’d have to buy a fancy ‘Airplay enabled’ set of speakers from one of apples endorsed 3rd party suppliers.  B&H, Denon, Marantz have all been licensed by Apple, but aren’t yet offering many options (plus, those offered kick off around £500+ a pop). 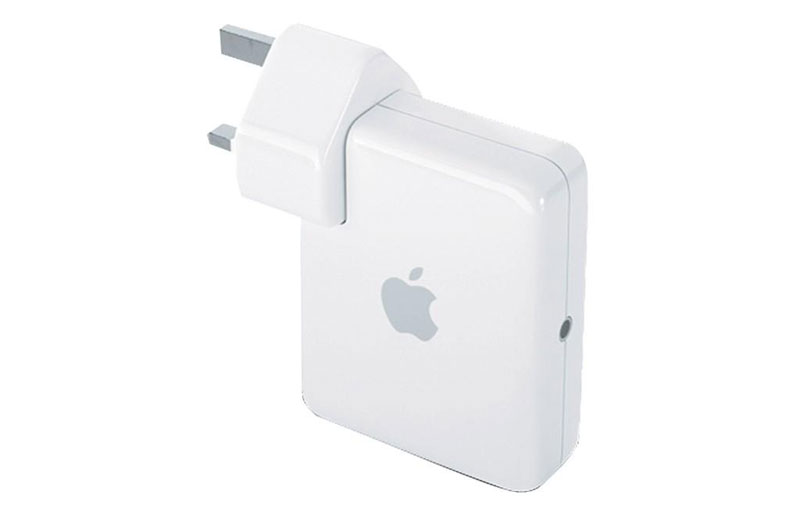 A little more delving and I see we’re able to ‘Airplay’ to speakers & Hi-Fi’s via an ‘Airport Express’ plug/router (above).  From beneath this neatly formed plug you  can run a cable from the plug (usually a lineout 3.5mm headphone jack > 2 phono) to your Hifi ‘Aux-In’ port to stream music wirelessly to that Hifi.  This was formerly known as ‘Airtunes’ and is now bundled under the ‘Airplay’ in the apple press-releases.  The latest iOS4.2 update allows us to stream in a similar way from our iPhones via the Airport Express plug.

But before I got me wallet out, I wondered about streaming video to the TV too.  I’d seen an AppleTV until at a pals house before & pegged it as being as useful as an iPad (ie. I’ve already got a TV that does more, or in the case of the iPad, a laptop).  It looked like an overpriced (but as usual, nicely designed) sky+ box with restrictions and a built-in overpriced iTunes video rental store. 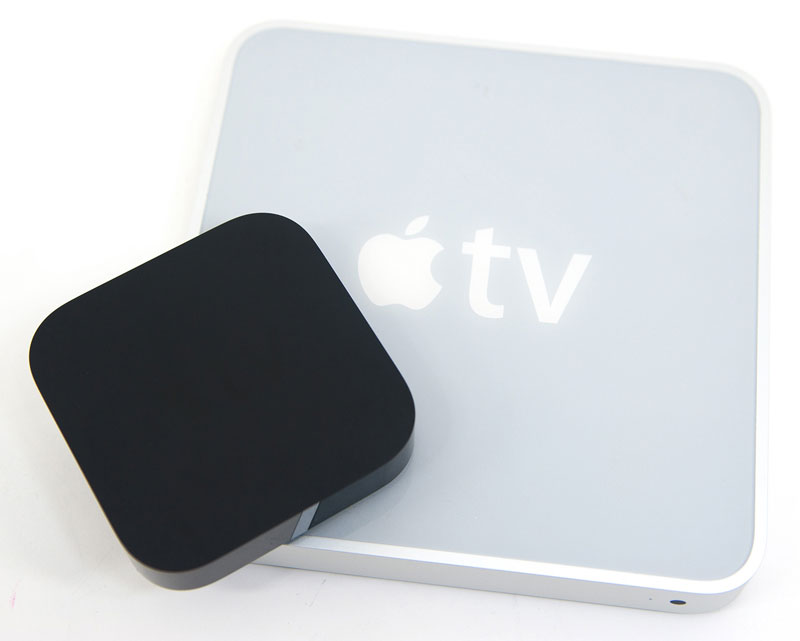 I spose cos it’s called ‘AppleTV’ I never pegged it as a media streaming solution.

The first AppleTV units (the silver one above) was generally an expensive hard-disk based gizmo.  But they shrunk & rejigged it and cunningly-titled it ‘New Apple TV’ – priced in the UK at £99. 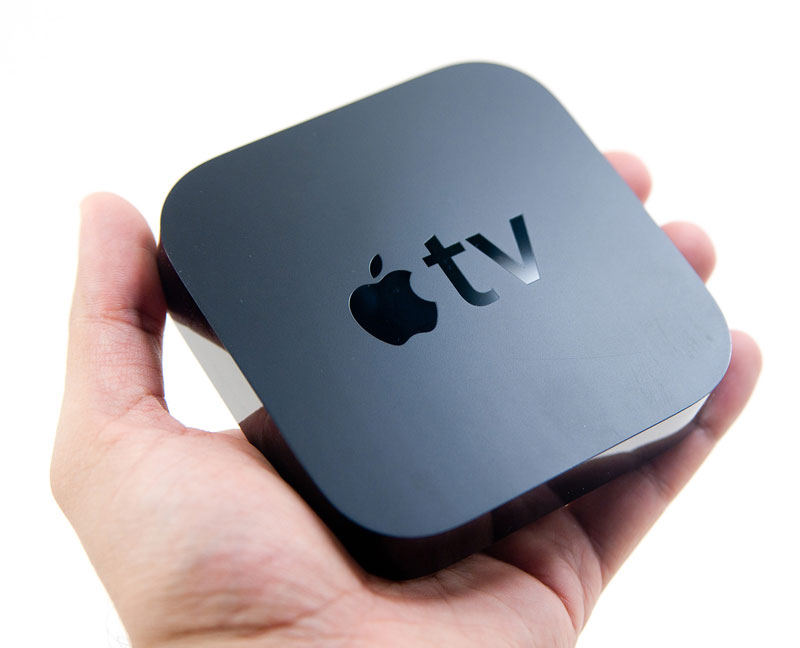 Doing the job of the ‘Airport Express’, but through a TV, the new generation black Apple TV shrunk to a tenth of its former size, lost the hard-disk, & essentially became a fancy router-based media player.  It’s able to stream music & video from any nearby iTunes catalogues on local desktops & laptops & iPhones / iPods as well as access iTunes online & download films & TV… 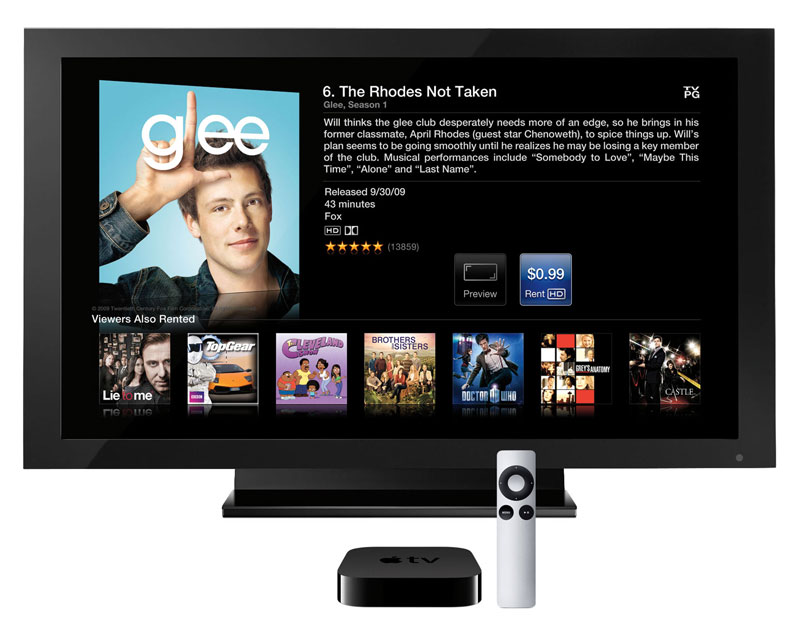 Plus, as default with Apple, you get a usable & beautiful On-Screen Display (…though if you ever catch me watching Glee, kill me) 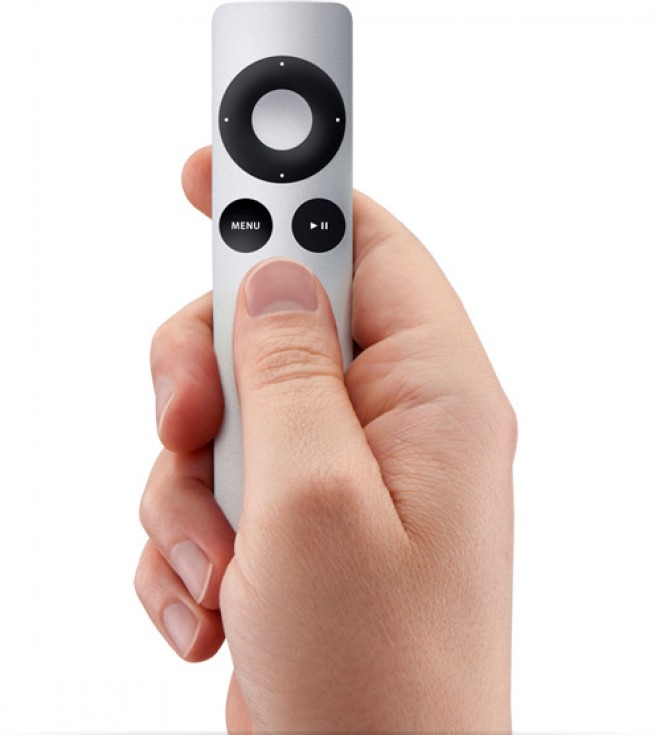 You also get a sleekly designed  aluminum Apple remote that will no doubt boldly go deeper down the sofa than any remote before. 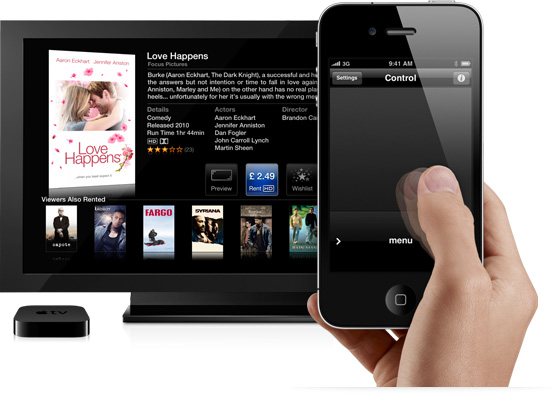 But the best thing about it all, in my opinion is using your iPhone as a global remote.

I’ve liked that with Apple’s free Remote App for the iPhone & iPod, you can control your iTunes over the Wi-Fi.  But now the remote app will be able to control your telly too, as well as choosing the volume of the media you’re streaming to different rooms.  The remote’s never where you want it, but a phone’s generally in your pocket.

Clever stuff eh?  I’m one for keeping on top of current technology & getting the most out of it in my life, and was rather impressed with how this Airplay development ties in several bits of existing technology for under £100.