I don’t know many celebrities, but when I was young I went to youth club with Corinne Bailey-Rae. It was there my pals & I saw her do her first gigs as ‘Helen’ a way-ahead-of-their-time rock/soul hybrid, formed around 3 best mates, Jenny, Jo & Corinne.  We saw them play a thousand times over and watching Helen’s songwriting craft grow, it was hard not to forsee great things on the horizon.  Corinne’s voice alone pricked the ears of label scouts, but she only wanted to sign as Helen.  Through the years, and various drummers, the basist, Jo, eventually left for stateside shores and it seemed Helen were no more. While she secured her first class degree in English at Leeds University, Corinne sang around Leeds’ surprisingly vibrant Souly / Motown covers scene, at the Hifi Club & the Wardrobe, and befriended the best funk & soul musicians in town.  It was always a joy listening to Corinne’s renditions of Marvin’s ‘What’s Going On’ & Stevie’s ‘I Wish’ & a delectably souly take on Hendrix’s ‘Little Wing’.

She’s the most unassuming, down-to-earth Leeds lass and I’m so proud of her for all she’s accomplished in recent years.

We still know each other to chat and I see her out and about in Leeds.  Last week I bumped into her and Jenny at a pal’s birthday bash, and they mentioned that they were fresh back from their US tour & were starting their UK tour that night; passing through Leeds yesterday.  I’ve never wanted to put on Corinne & ask to shoot her, but she said that if I ever wanted a press pass to ask. 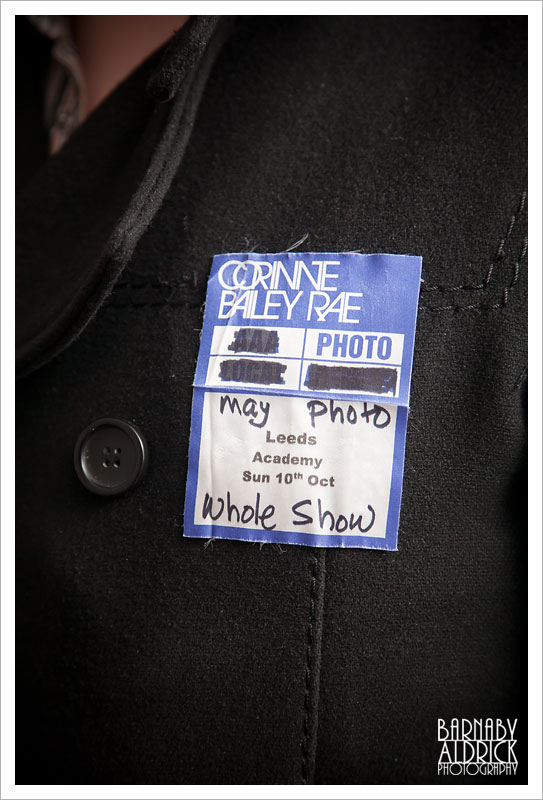 And it wasn’t just your regular ‘3 songs no flash’ pass, it was a ‘May Photo Whole Show’ + aftershow party pass! 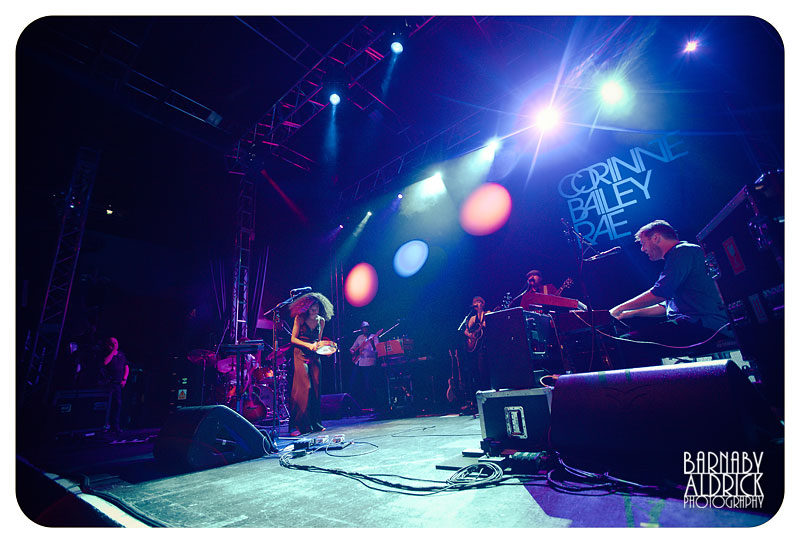 I was the only one allowed to stay on after the 3rd song, and spent a lot of the show sat against the barrier, front centre enjoying the show. 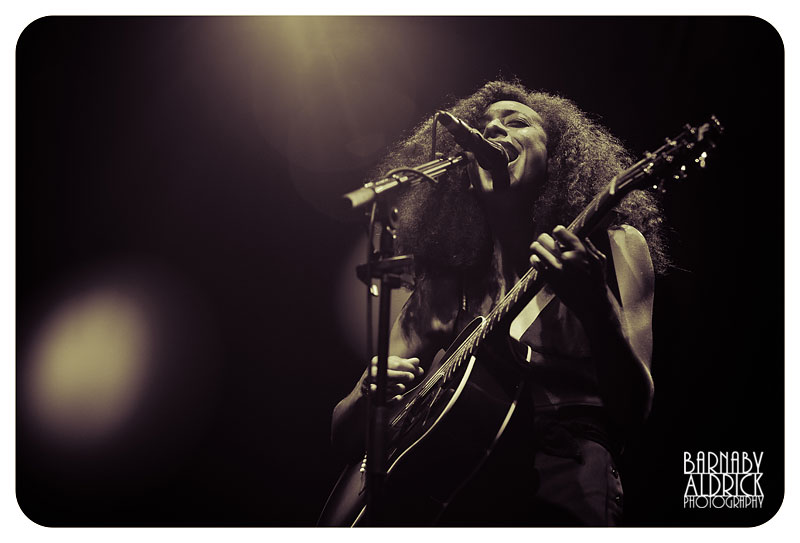 It was so good to see her do her thing again, this time on a deservedly big stage! 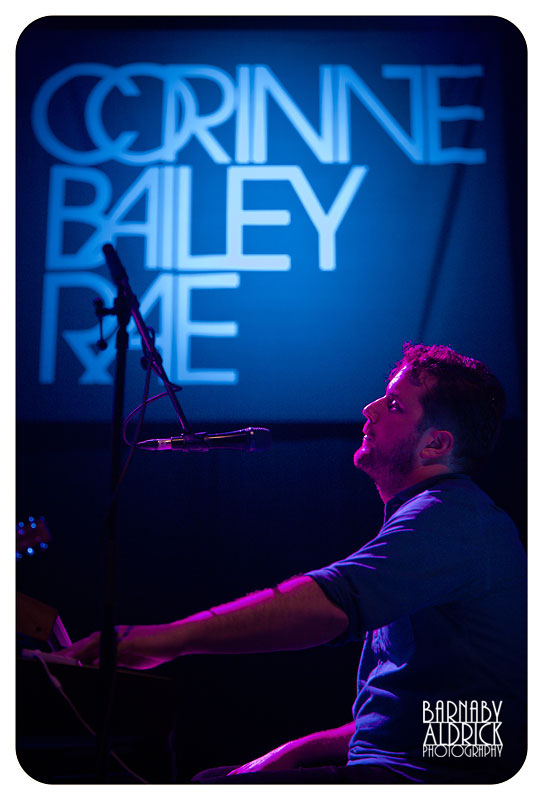 The other awesome thing this time around, as opposed to the last album & tour, was that Corinne rounded up her old Leeds funky soul scene muso’s to play on the album & tour.

This chap, Steve Brown is a legendary hammond player, who apparently turned down the Charlatans when they asked him to step in!

Also aboard were the Leeds soul superstars; John McCallam (an ace guitarist who sings so similar to Stevie Wonder it’s uncanny), Kenny Higgins (the funkiest basist in town), Luke Flowers (a tidy little drummer) and best of all… 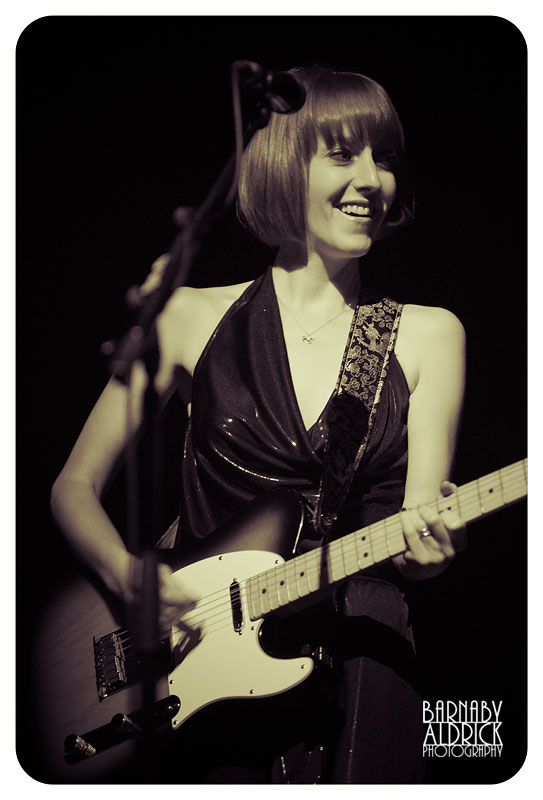 I remember my buddy Matt & I used to spend Helen gigs trying to make Jenny smile.

It made me smile all the way through seeing her back involved. 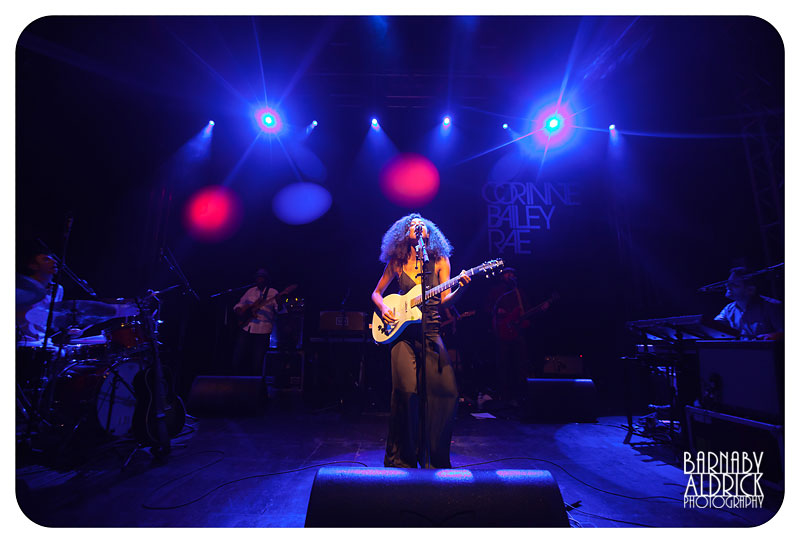 It was a mint gig, made all the sweeter by being a home town gig. 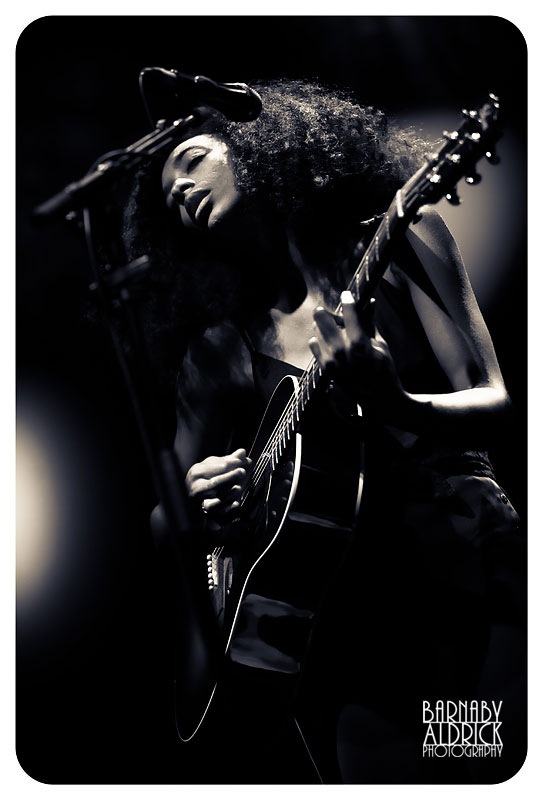 It’s always good photographing gigs of this scale, cos the stage lighting is so bright. 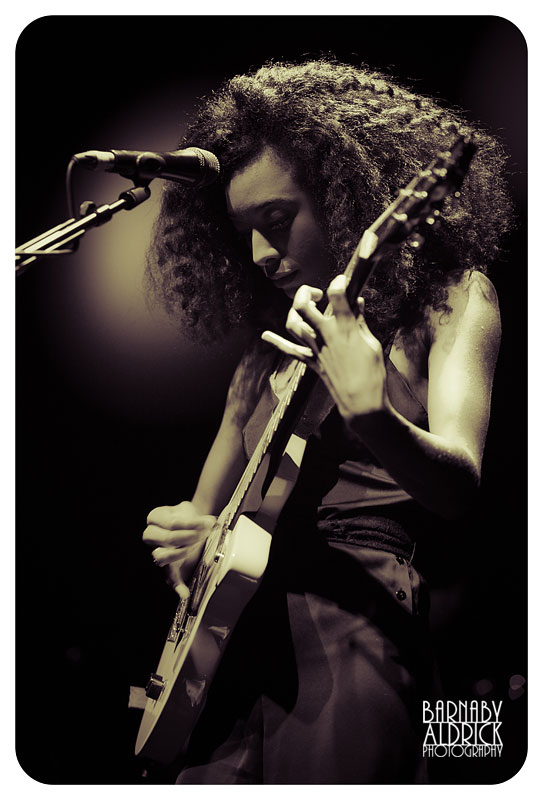 These are my faves… 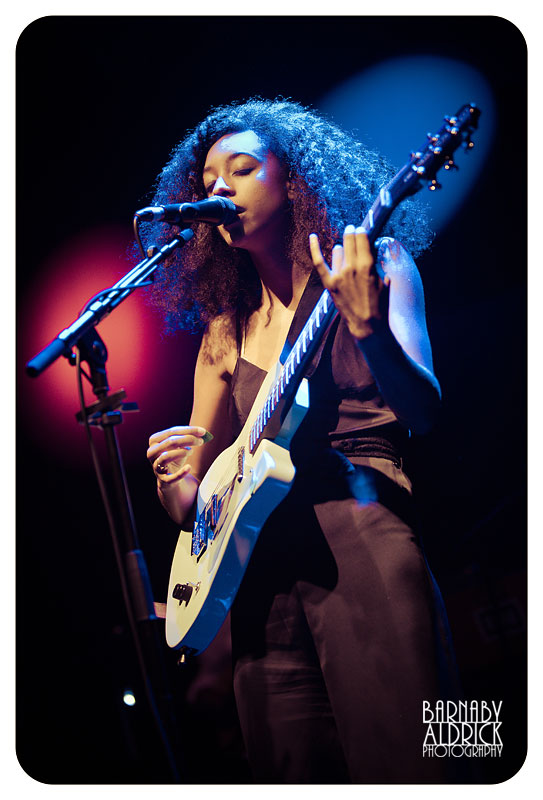 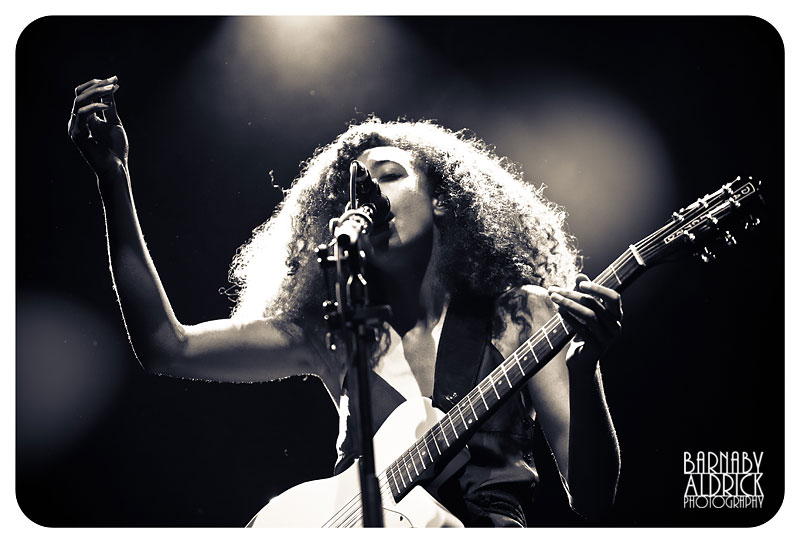 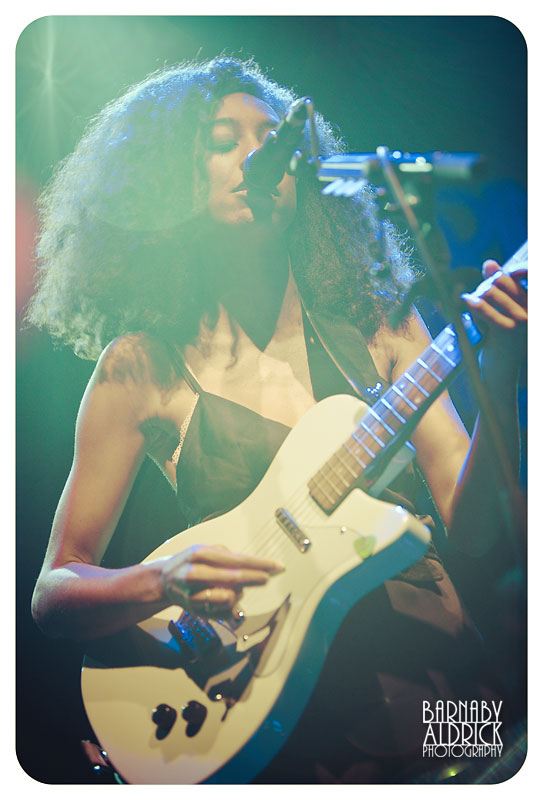 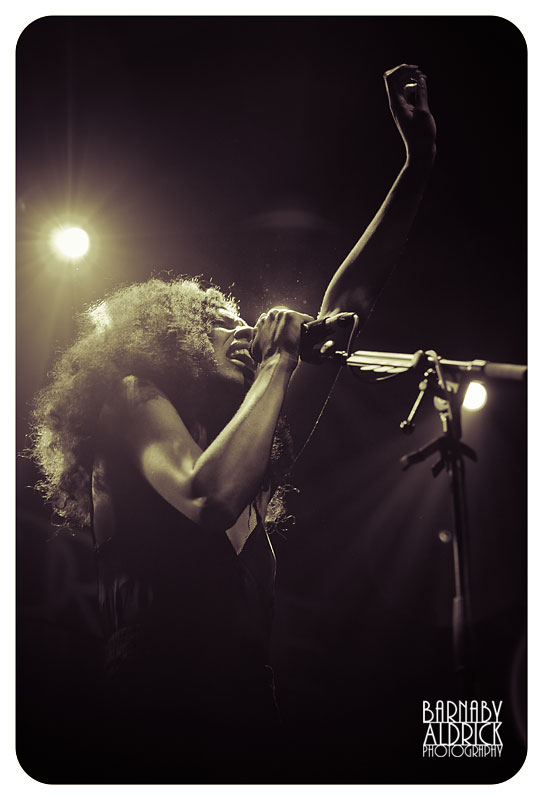 This one’s got a bit of a Diana Ross flavour to it eh?

Because I was in no hurry, I started looking for more creative angles. 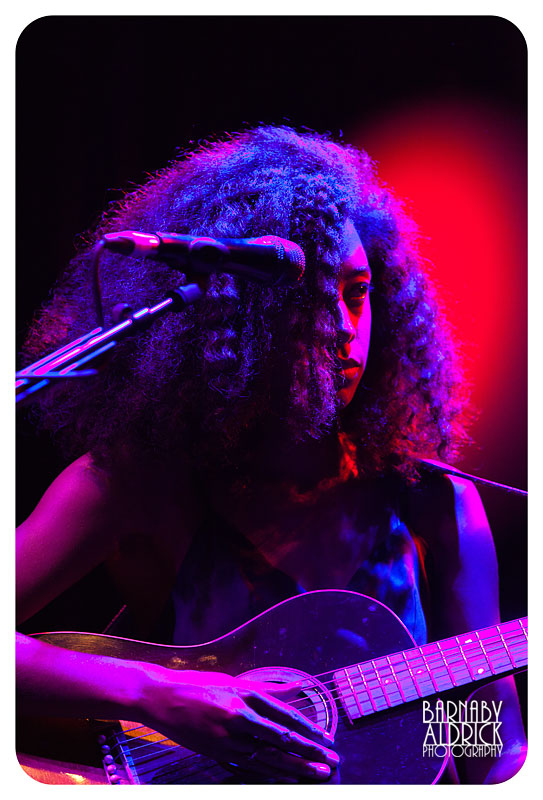 I liked this side glance 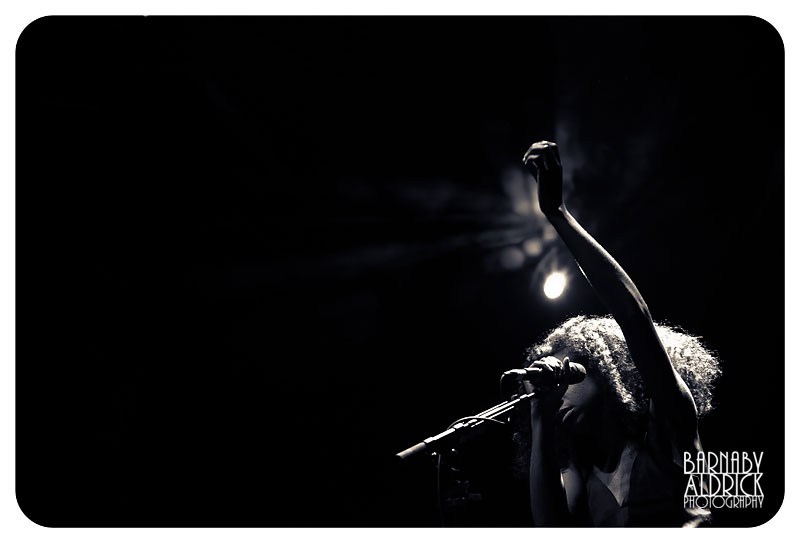 And this one on the side  It’s obscured, but obvious who it is. 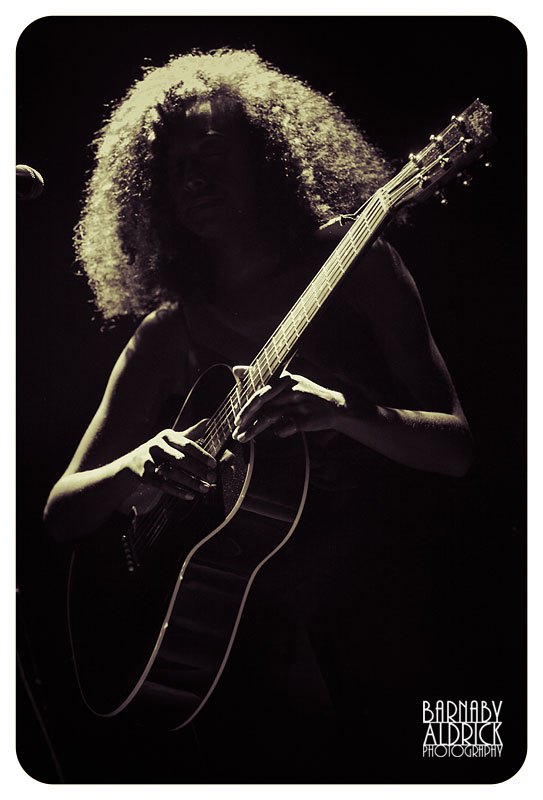 Just after one song, the front lights dropped and the back lights stayed on, leaving an ace silhouette 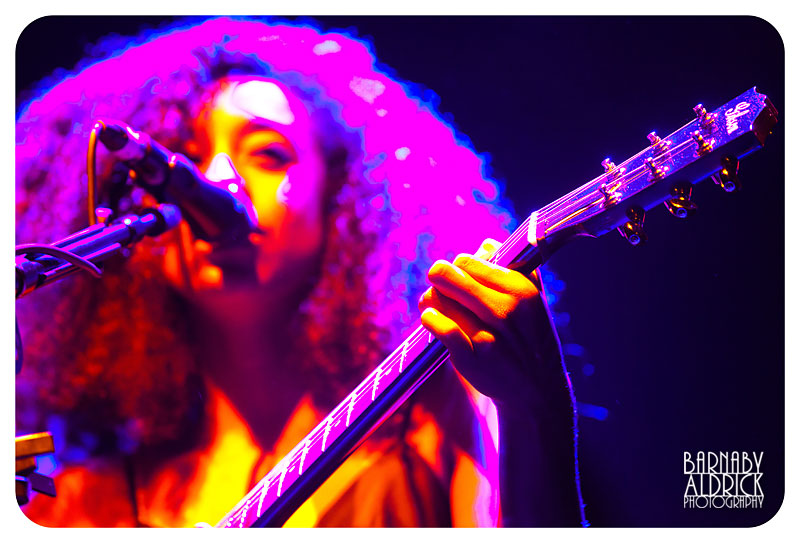 When I was post processing this one in Lightroom, I ran over a preset that pushed it a bit far, but I rather liked the Hendrix electric ladyland flavour 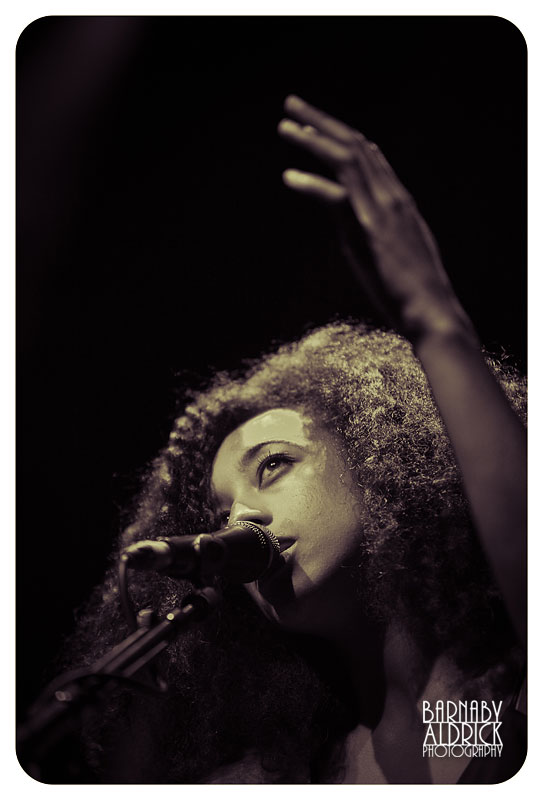 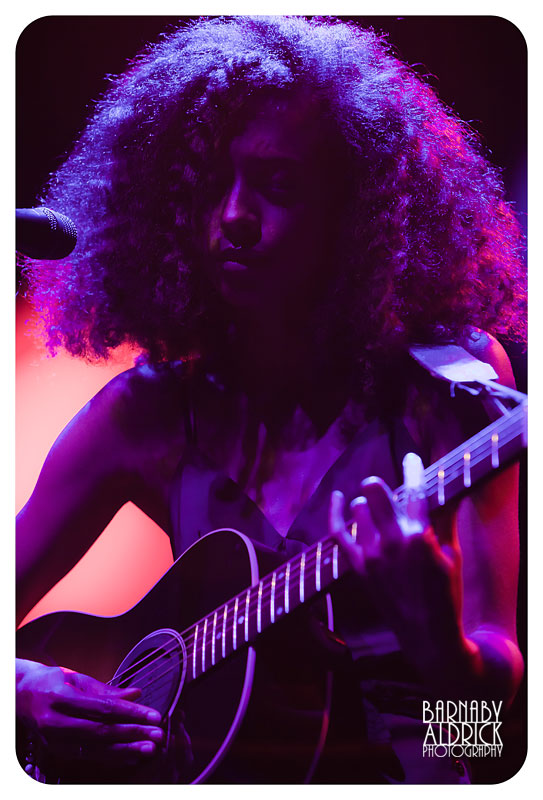 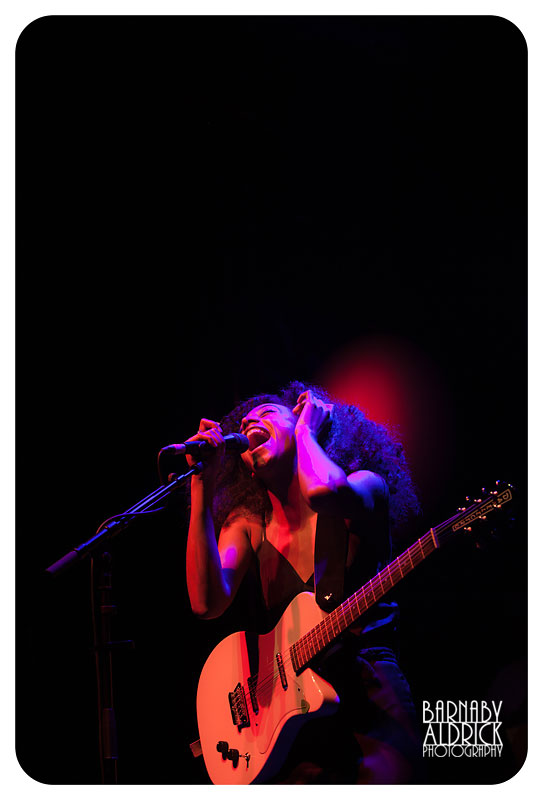 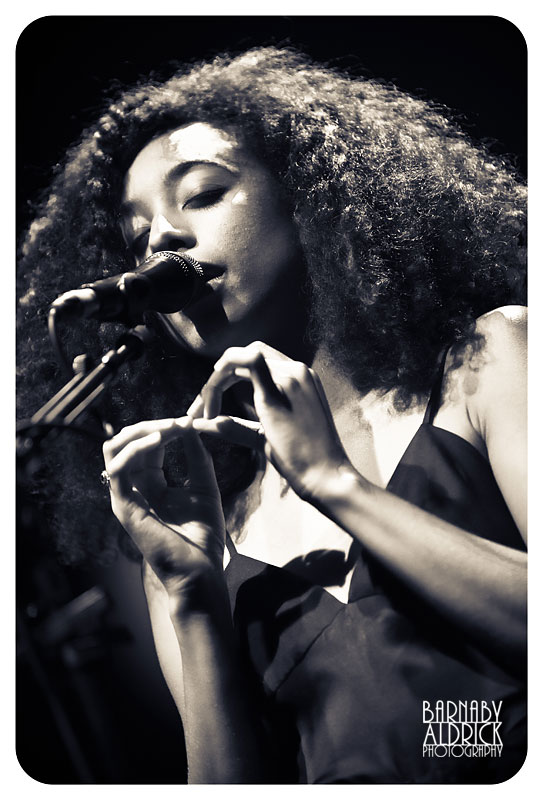 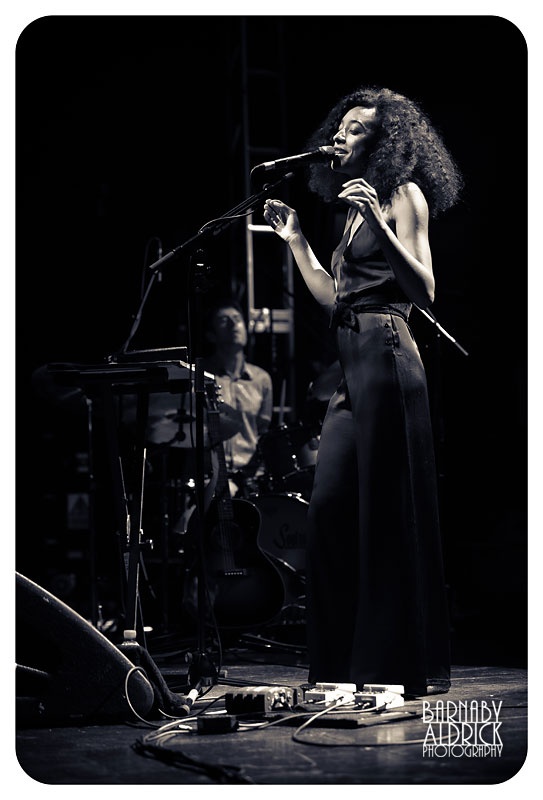 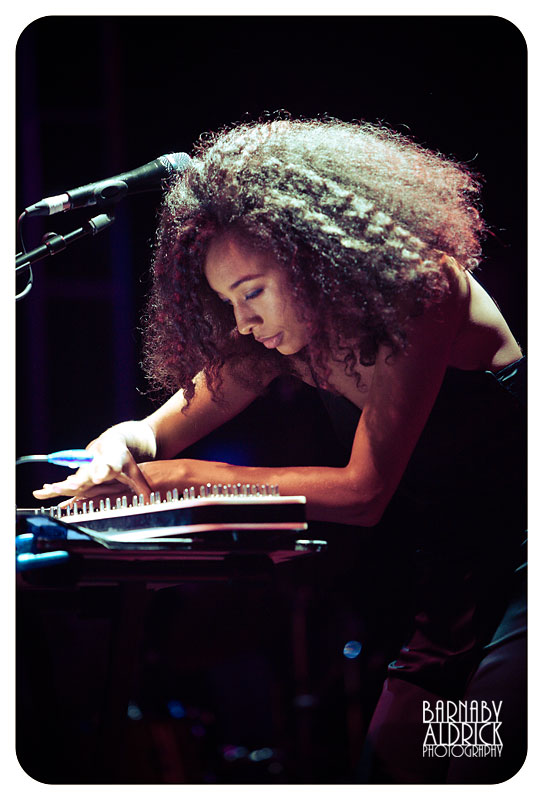 Corinne dug out this bizarre stringed instrument, and I loved how it reflected light up onto her face. 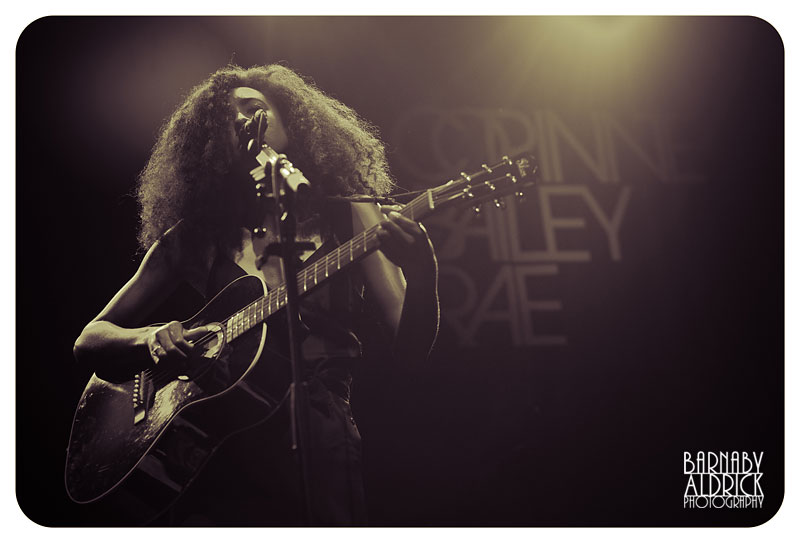 This is one of my faves.  It’s got an old flavour.  Nice and clean. 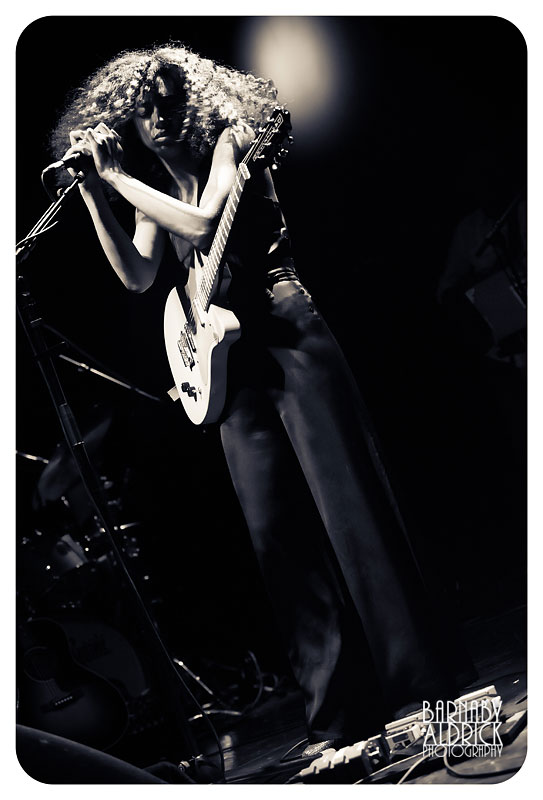 Lost in the music. 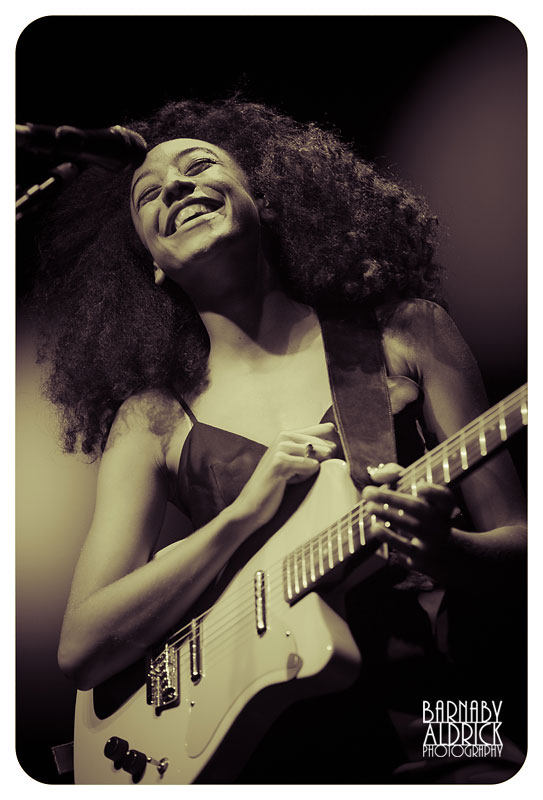 Corinne was so grateful to the audience & kept expressing her thanks for their support.

The entire band appeared to really enjoy the show, and the crowd fed off that making it a perfect gig.  It was such a pleasure to be allowed along not just to photograph, but to listen too.  I listened to ‘The Sea’ alot when I got it, and seeing it live blows fresh breath into it again.  If you fancy catching the show, and you’d be a foo not to, Corinne’s playing:

Sadly I couldn’t make Sunday’s Aftershow party, so I’d thank you Corinne & Jenny for sorting out the passes!

I hope the rest of the tour is as good as the Leeds gig!