I was just digging out some pics from the working folder of my computer and stumbled upon two photos I created while doing some urbex a while back. 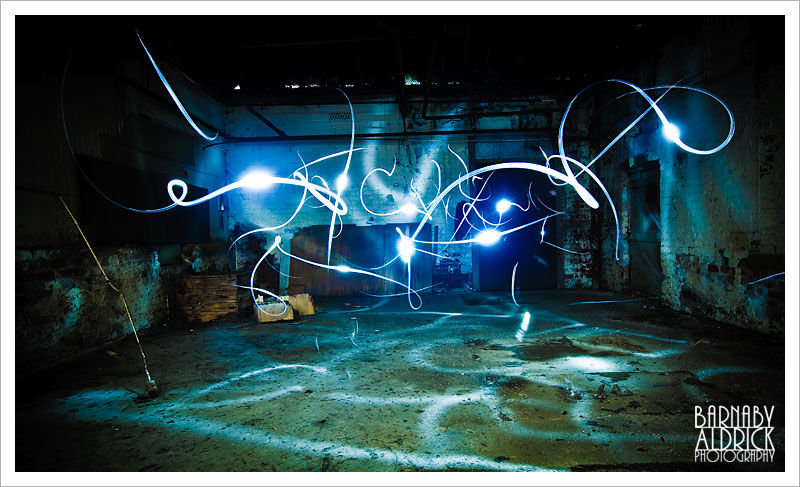 They were an experimentation in creating light trails with torches during long exposures.

Basically, I set up the camera on a tripod in an already quite dark room, dialed in a 30-second exposure I believe at around f8 at 100ISO and danced around like a tool with a torch. 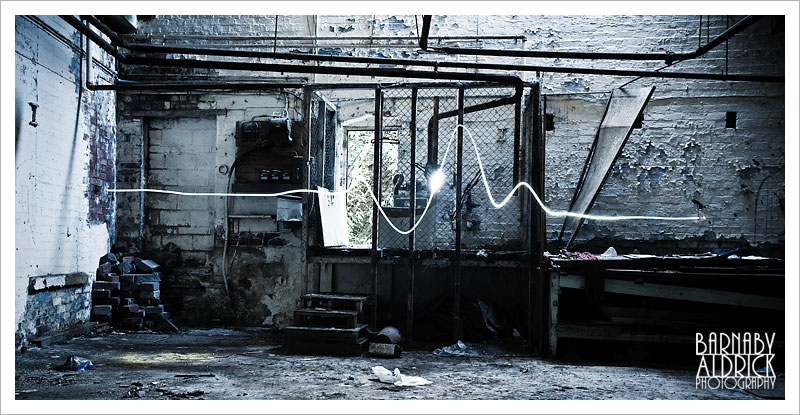 At the opposite end of the same room I had the idea to one of those oscilloscope heartbeat trails.  Again, I set a long exposure, so I wouldn’t record in the image, set the camera on self-timer on a tripod & walked along and drew the line.

It was nice to stumble upon these images again, so I thought I’d share.