My buddy and all round skill musician Gavin Mart asked me along to photograph his ‘New Leads’ gig at ‘Left Bank’ arts space in Leeds last Friday. While I was photographing Dan Wilde (who’s played my Sunday Service night several times) Gav asked if I could shoot a little video and this is what I shot off the hoof (hence no stable tripod shots and some pretty ropey panning shots…)

I know Dan well and love this cover he does of Richard Thompson’s ‘Beeswing’. It’s off his recently recorded ‘Live at the Voodoo Rooms’ EP (available through his myspace here), and it’s testament to his timing that the footage I caught pretty much matches the tempo of his live recording! Nothin’ like luck in this game.

It was an inspiring gig & we may host some great gigs there in future.  I photographed a wedding there once and it’s unheated, so summer might be an idea…

Here are a couple of stills from the night, including this one showing the awesome arts space that was a derelict church in Hyde Park, Leeds 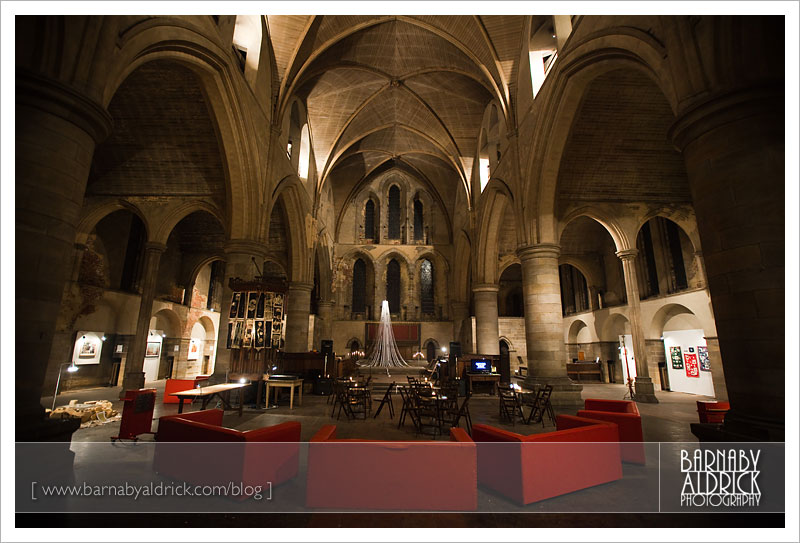 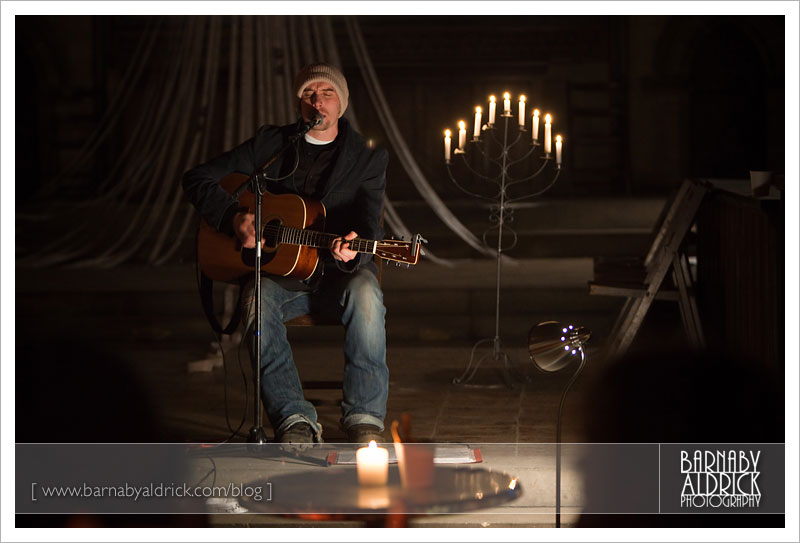 Gav playing with an audience of about 80.  The red glow is from portable heaters. 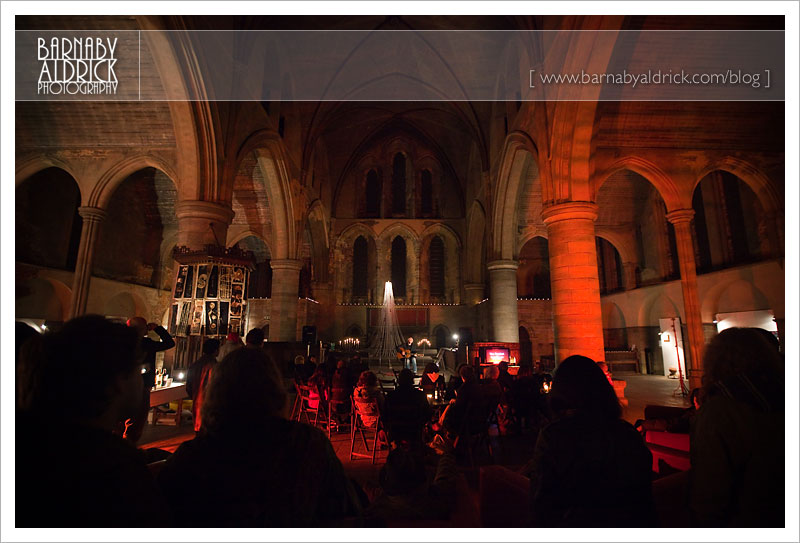 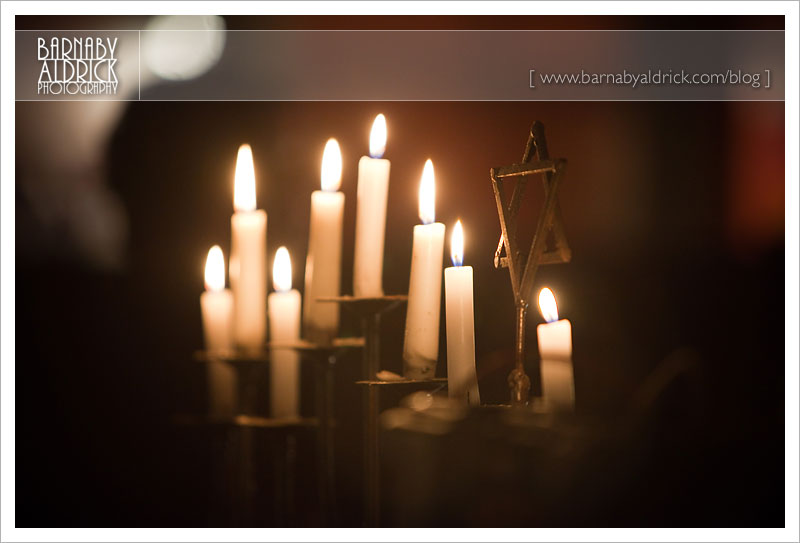 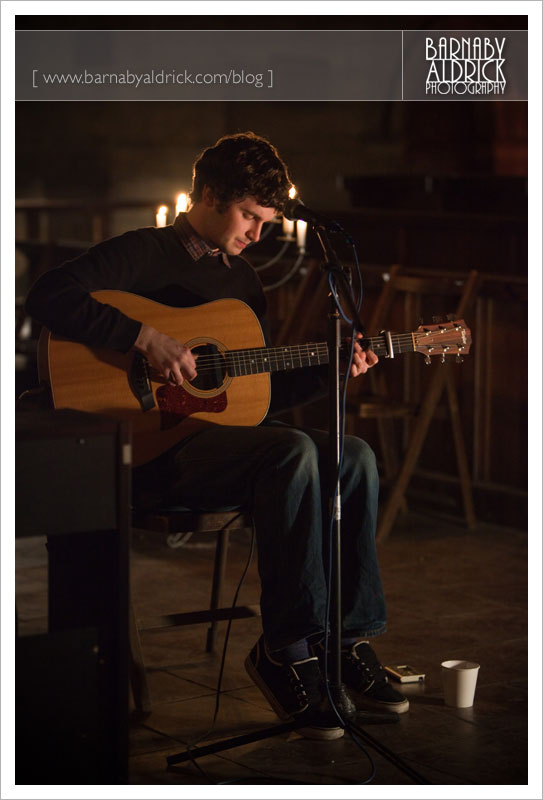 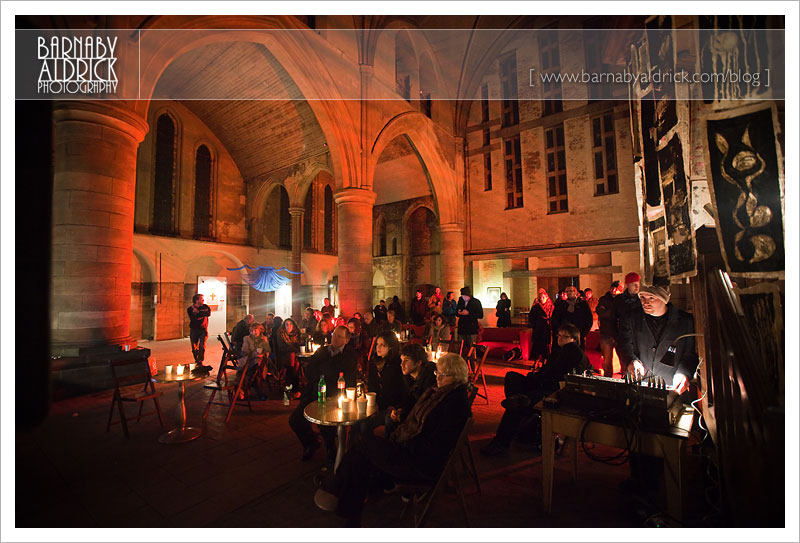 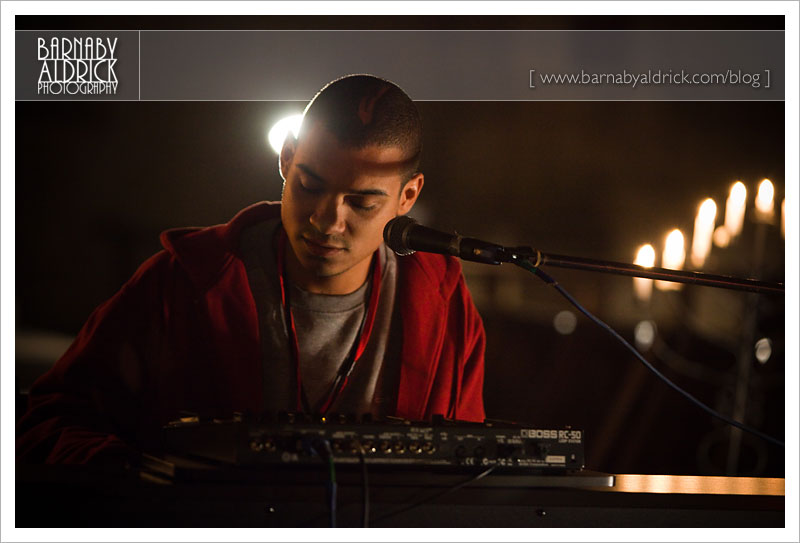 Gav was sound checking Andy and they found an old keyboard, so Andy used it in his set.  You’ve gotta hate these talented damn musicians. 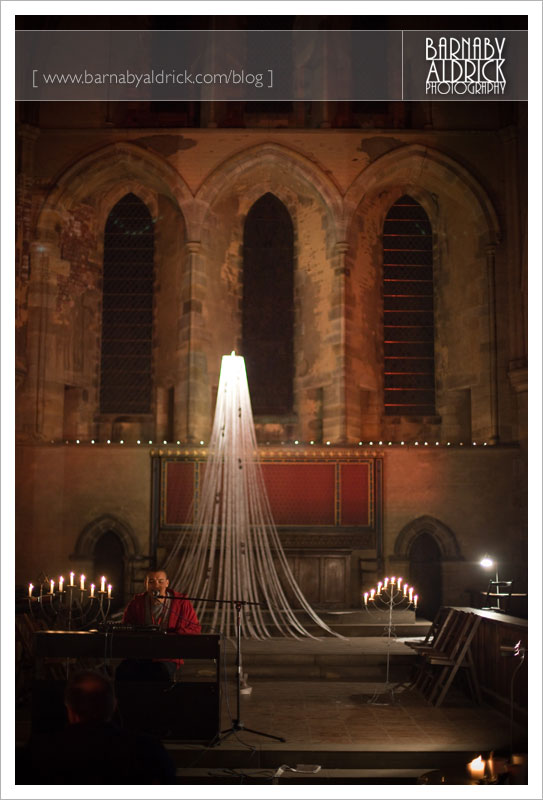 So that was lots of fun. Thought I’d share.