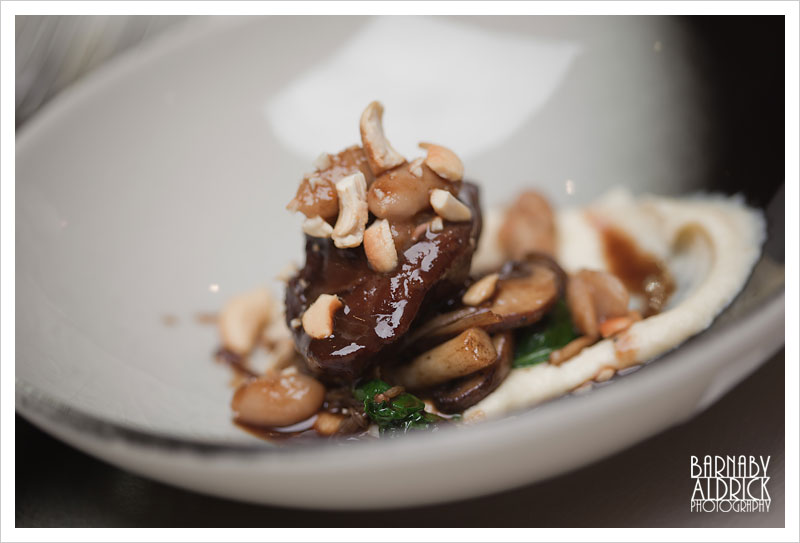 Sorry where was I?  Last week I was asked along by Dine Catering Services to do some food photography.  I always enjoy a spot of food photography, not only cos I generally get to taste the grub too! 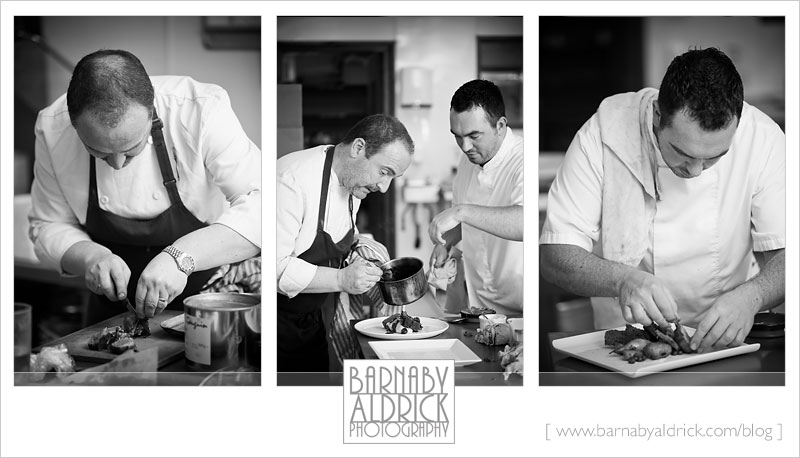 I’d been to Dine HQ on a previous occasion and met the head chef Paul to do some images of his amazing food back when I’d shot a food feature for the Leeds Guide Magazine (check out the tasty snaps here). 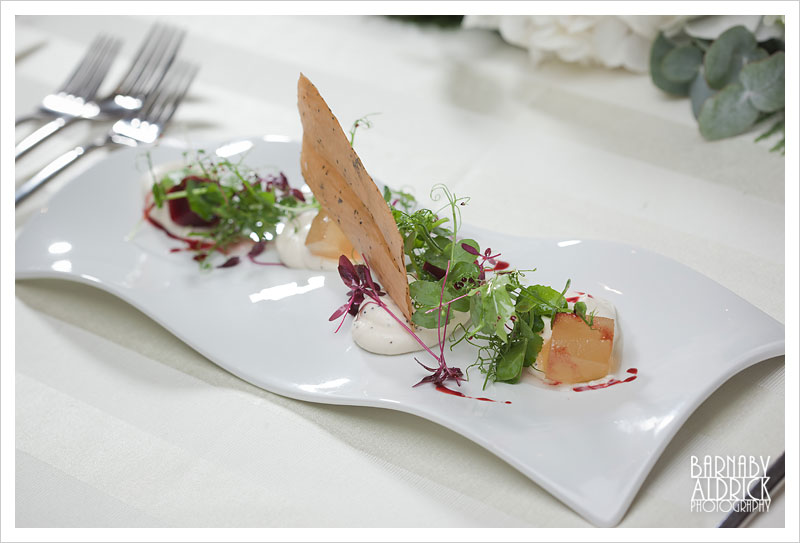 After a long summer’s photographing weddings it was exciting to try something new! 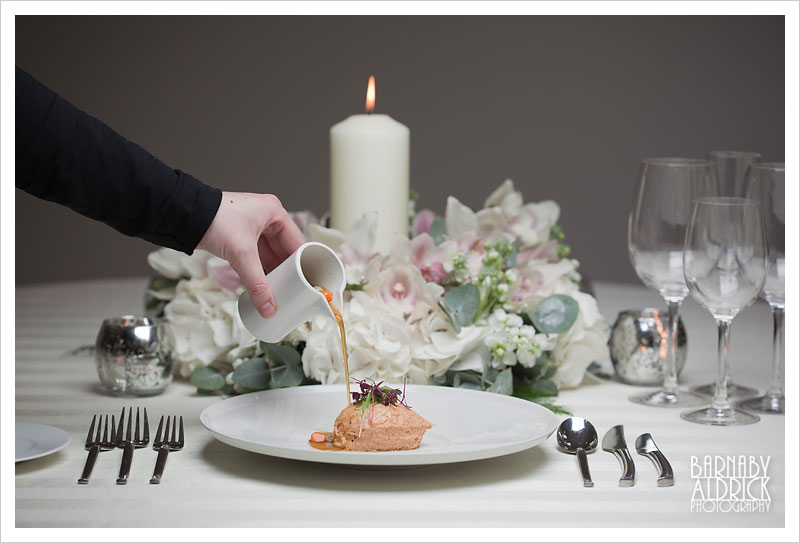 The chef’s turned out dishes with pace and we had all sorts of fun stuff to try, including various action shots pouring sauces over dishes! 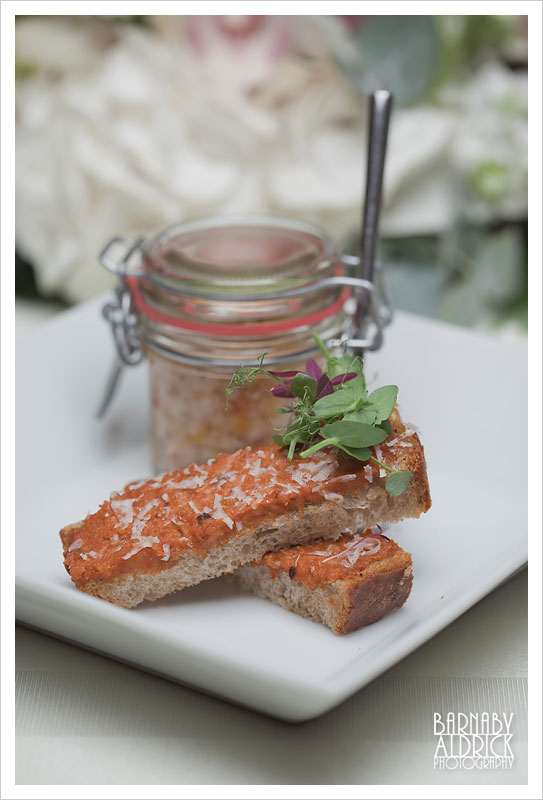 We raced through a bunch of starters, all fresh off the pass and good to eat; none of this faking it with varnish, sticks and photoshopped steam… 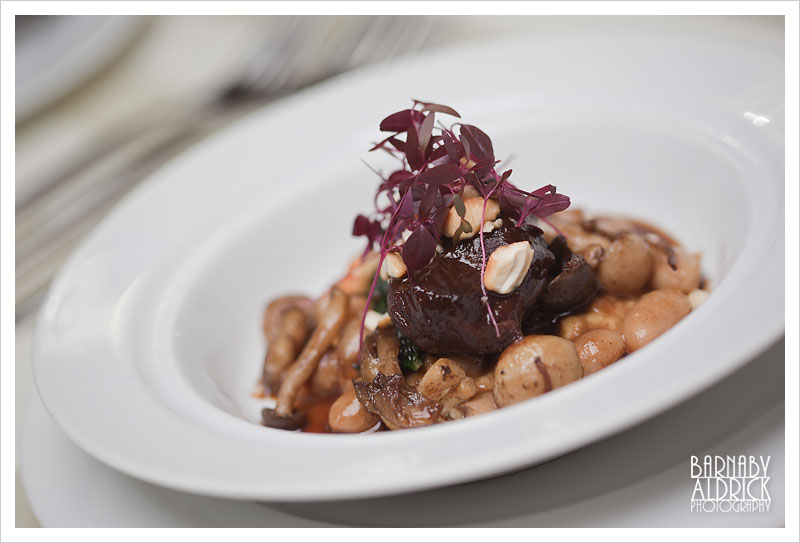 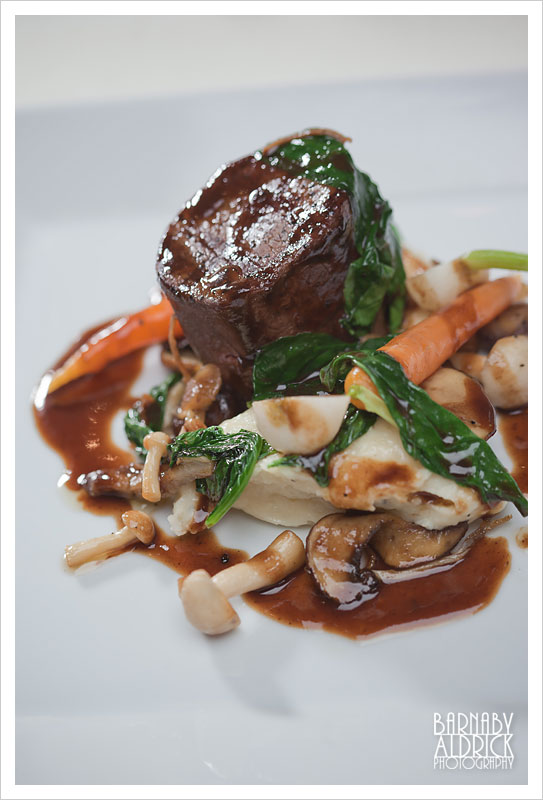 I do relish the challenge! 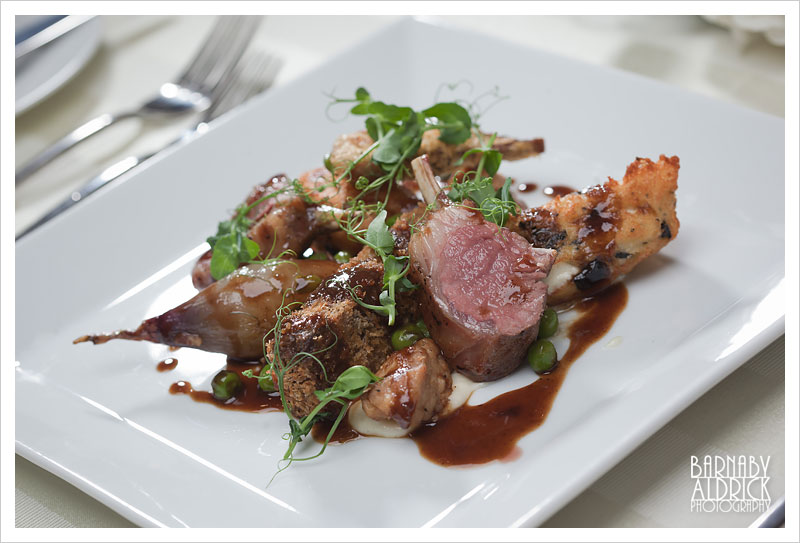 Either that, or top of the menu for veggies unlucky enough to make it to hell… 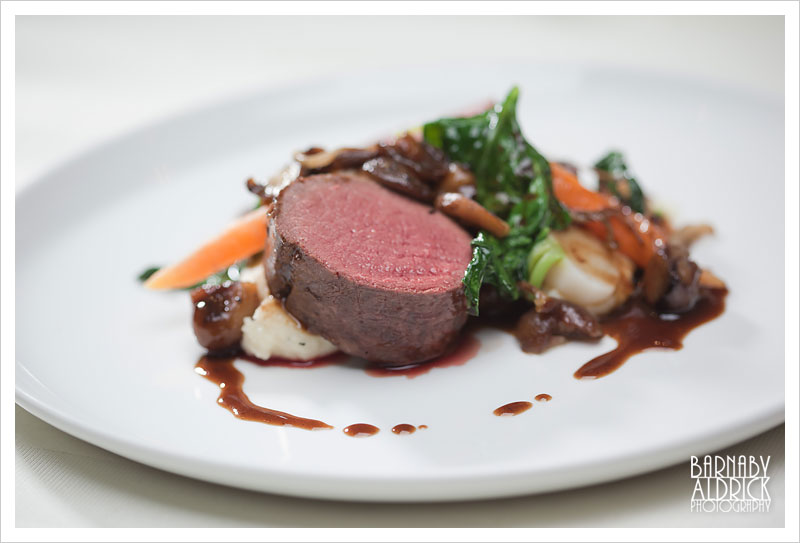 It tasted as good as it looks

Those chef’s at Dine certainly know where to source AMAZING cuts of meat! 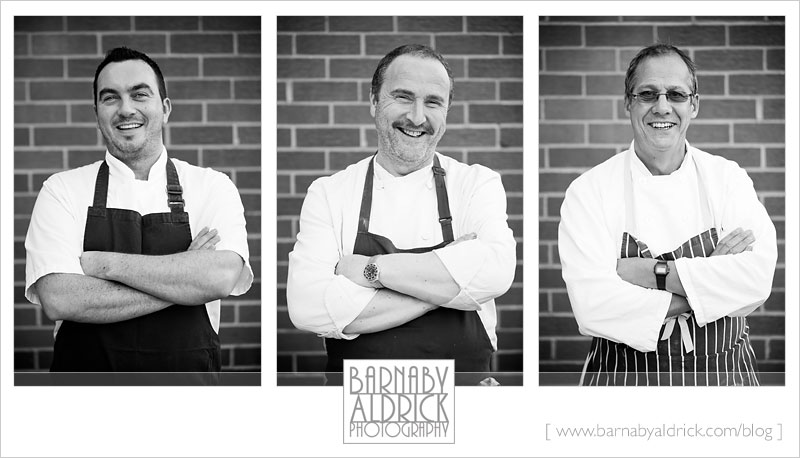 So I thought I’d pap them for posterity!

The order of the day for chef photography is generally B&W, arms crossed and grumpy face against a brick wall.  (Though I chose against grumpy as these chaps were actually great fun).  In fact, my paths have previously crossed a few times with Rob before (left), an equally inspired individual who offered me some killer tips on how to make the ultimate Sticky Toffee Pud! 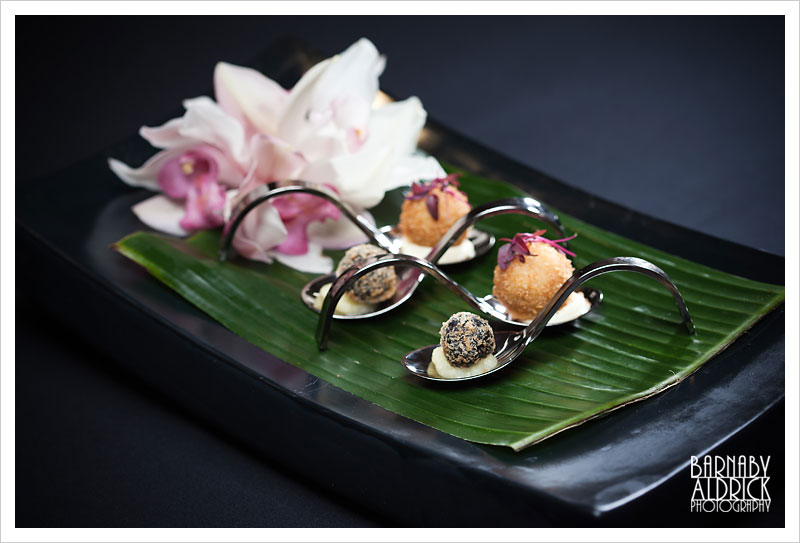 The 2nd batch of images we did we tried a few new setups, to show off a few cheeky canapes 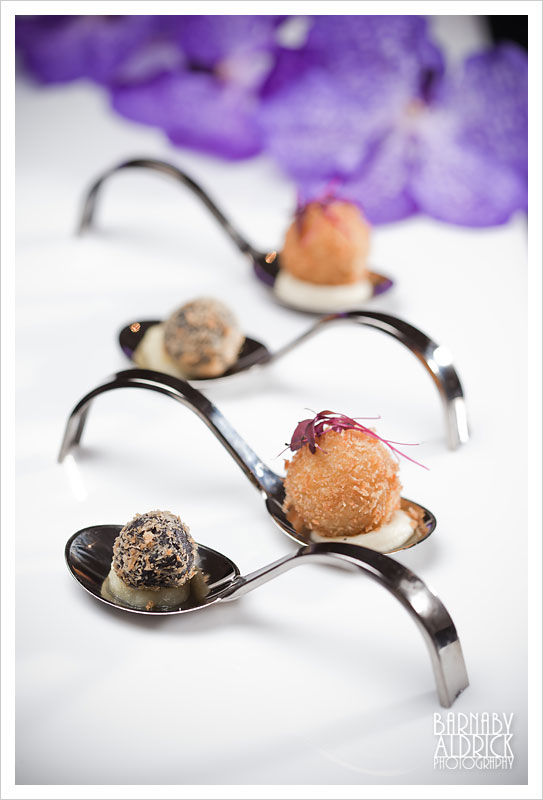 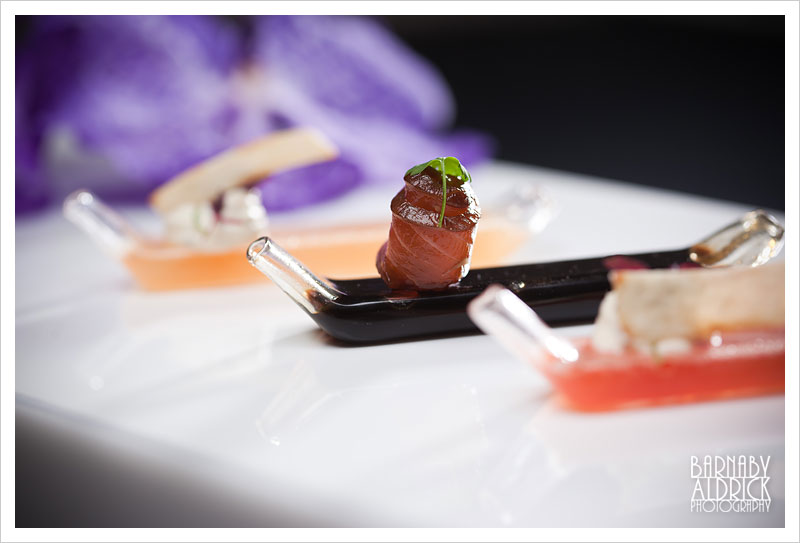 These clever little drinkable canapes (which we called ‘crackpipes’!) had a drinks section topped with a complimentary mouthful! 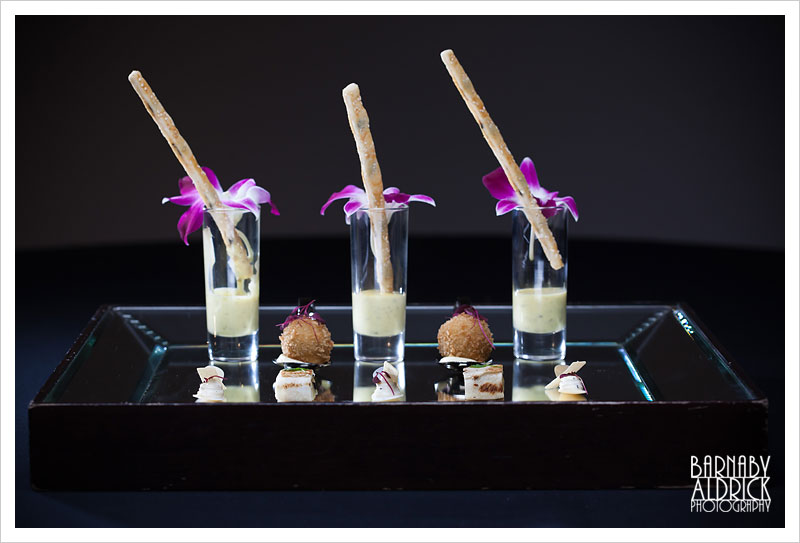 Shooting against black, on mirrors can be a bit of a nightmare, but I love the punch in these shots 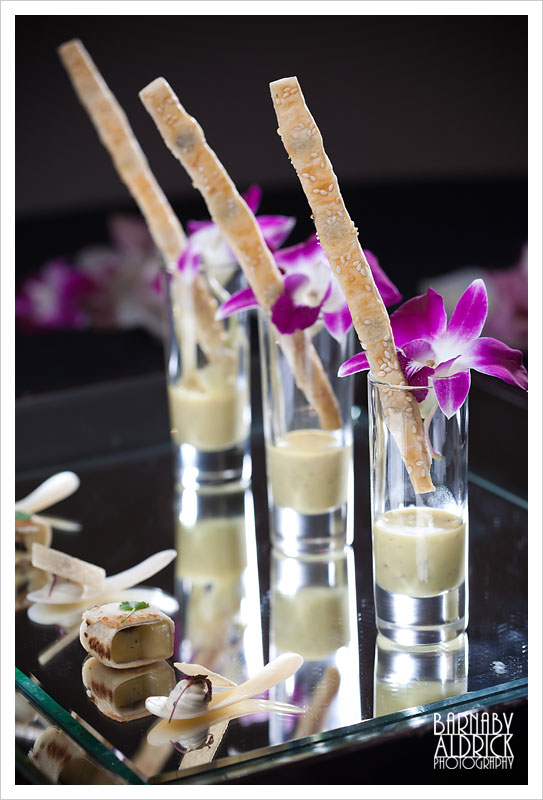 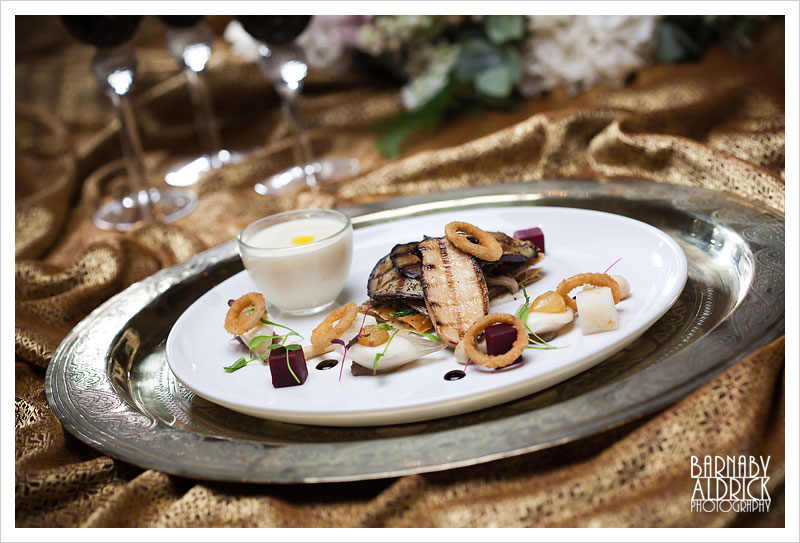 We also had a play with a spot of Moroccan theming, to photograph what may be the best vegetarian dish I’ve ever seen. 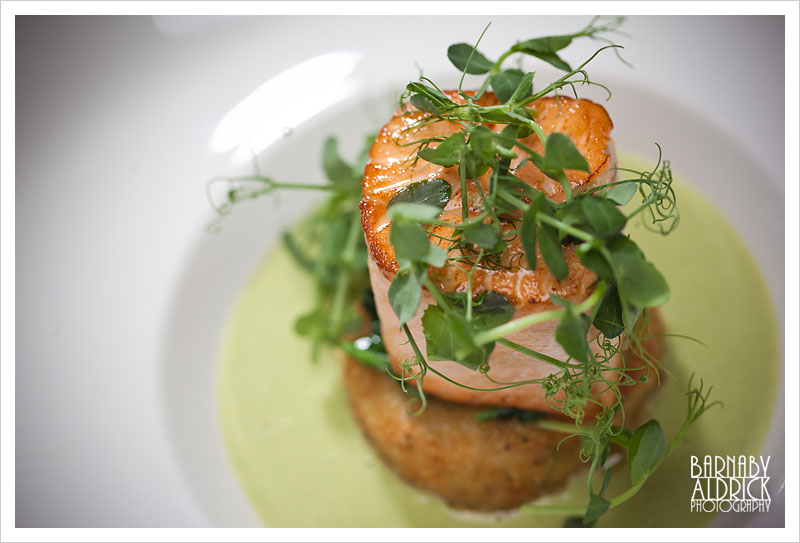 A pretty amazing Salmon dish, even before dressing it up fancy in peashoots. 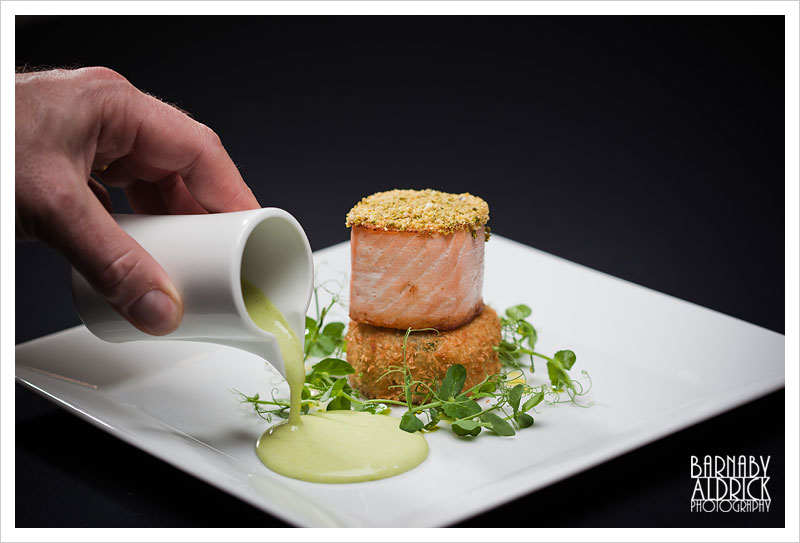 In this case, with another sauce pot to do a live pouring shot! 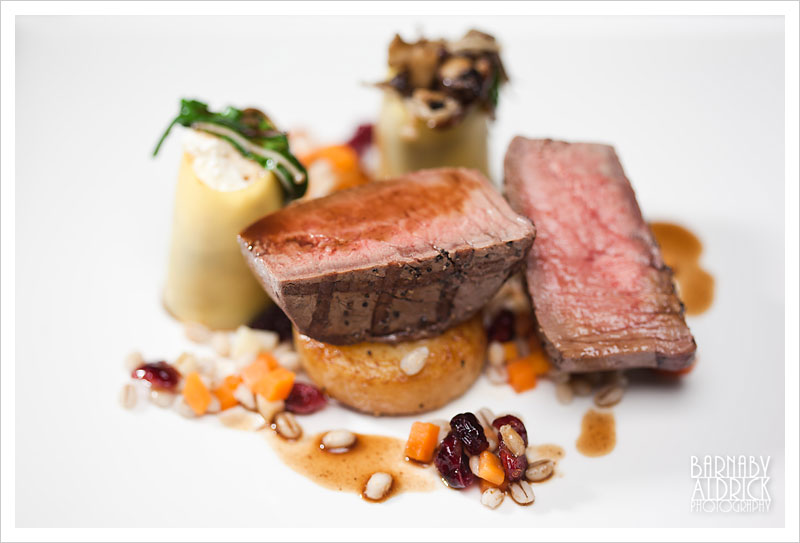 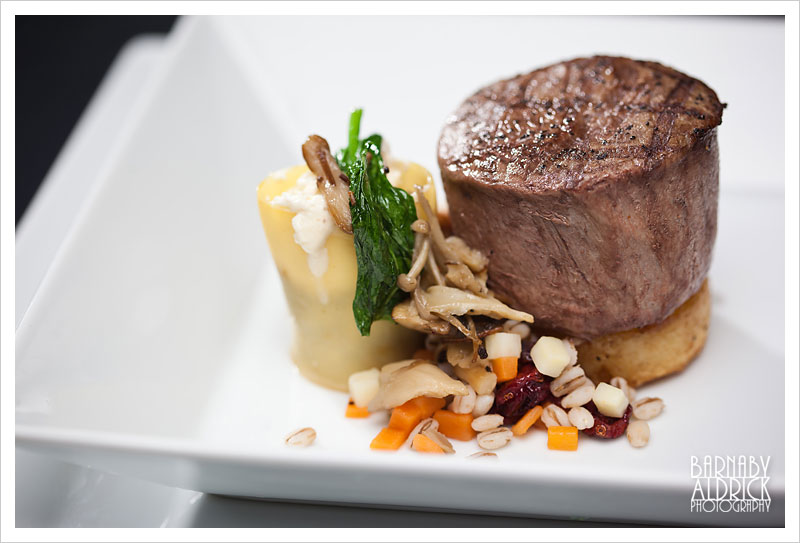 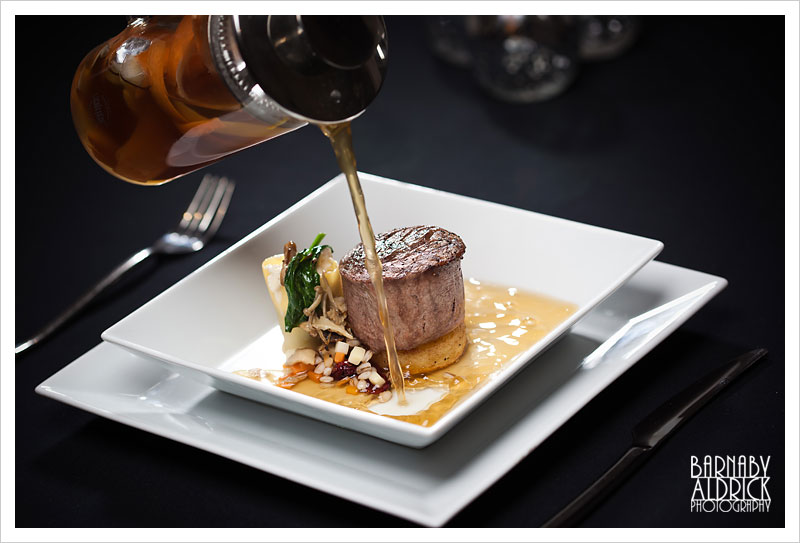 This one came with it’s very own gravy cafetiere! 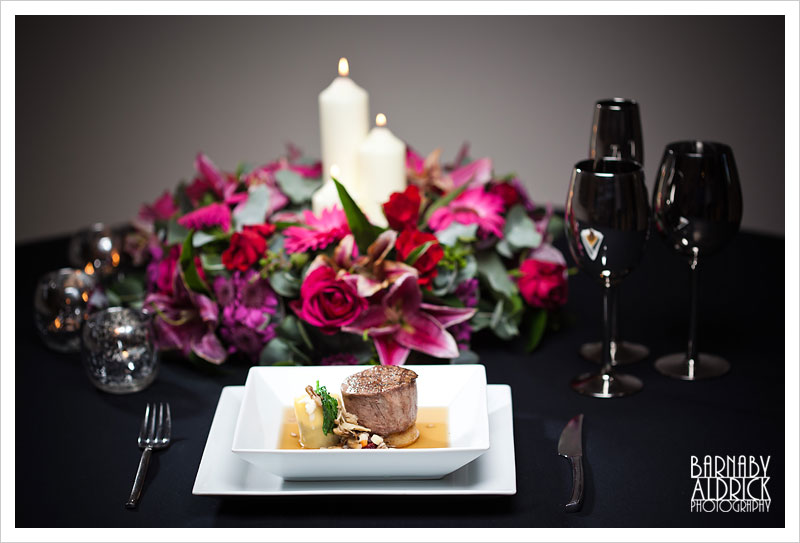 We did some wider table shots too, for Dine to show to clients to help them visualise table setting options. 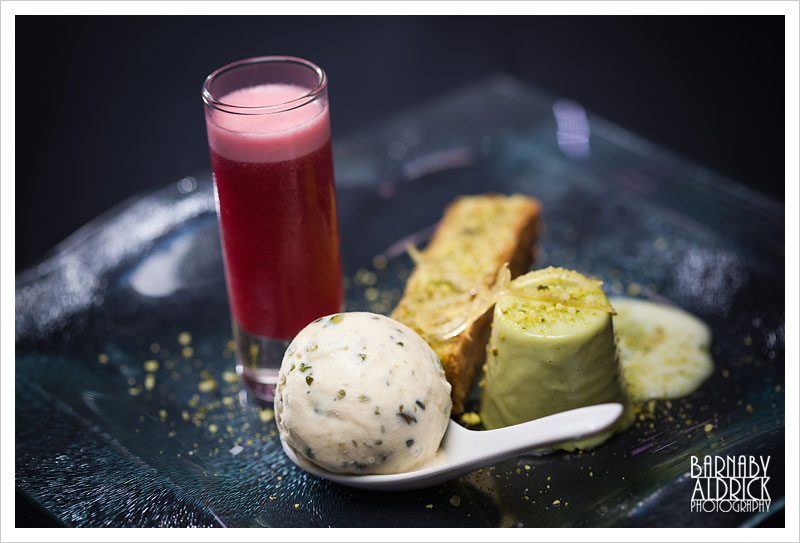 Later we had a bash on some fun deserts 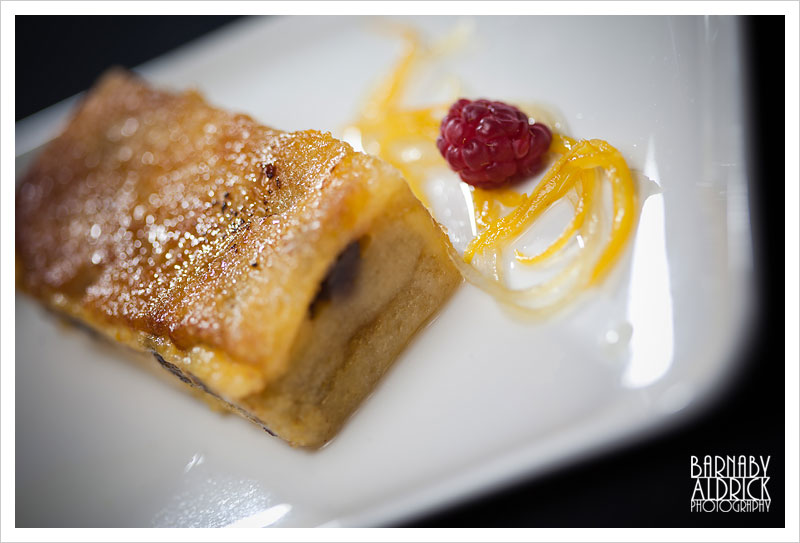 I was starting to get full at this point! 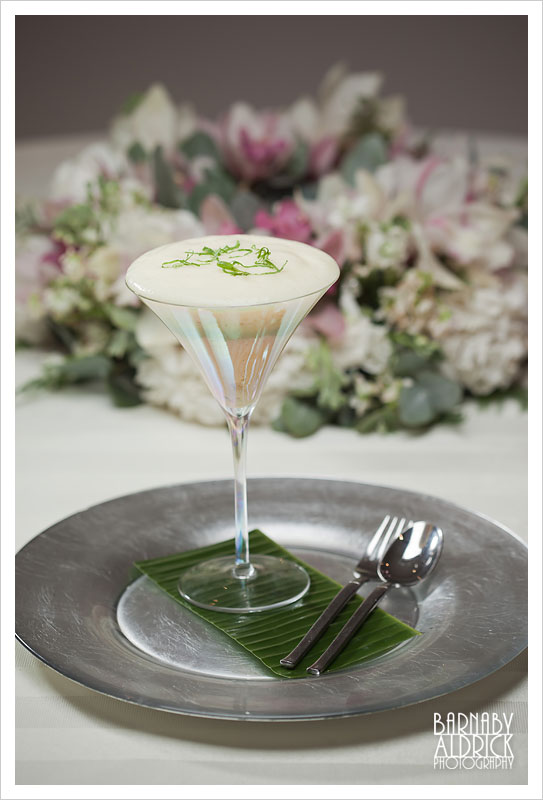 …then out came the pina colada topped crème brûlée (with buried crunchy bits!) 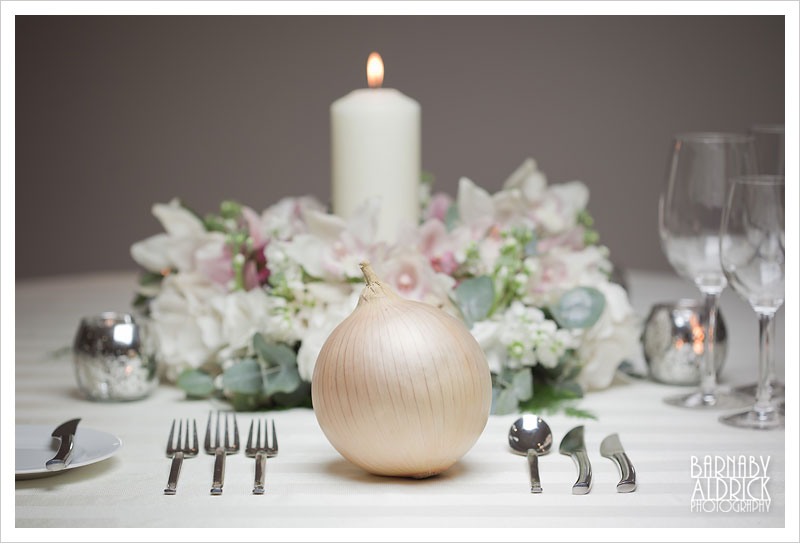 When we finished, quite randomly, one of the staff produced one of her grandad’s prize-winning giant onions!

So I thought it rude not to give it its moment to shine! 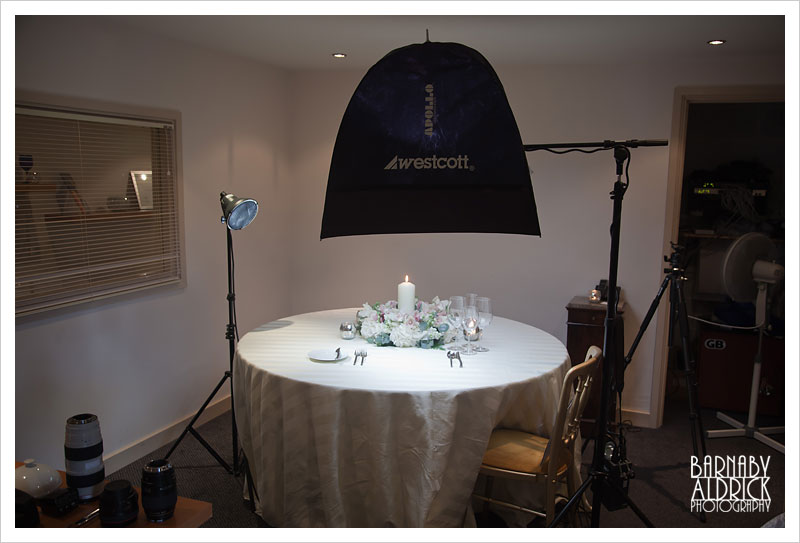 For those of you interested in the lighting setup of these images, I consulted my man Cris ‘Flash’ Matthews and he gave me the idea of using my Elinchrom 2-head Quadra kit to throw a 1/3 power gridded light from the back, balanced against a 2/3 power softbox from above.  Big up Cris – it worked beautifully!  Also, FYI: the majority of the time I shot on the 100mm f2.8 macro or the 70-200mm f2.8 IS and they do food proud.