With the craziness of a busy summer’s wedding photography I’ve not written enough personal blogs around the OTD slideshows and pre-weds, and now the season’s settling back into bed a bit, I’m gonna get posting more varied posts again, including sharing my thoughts on films I’ve recently enjoyed… 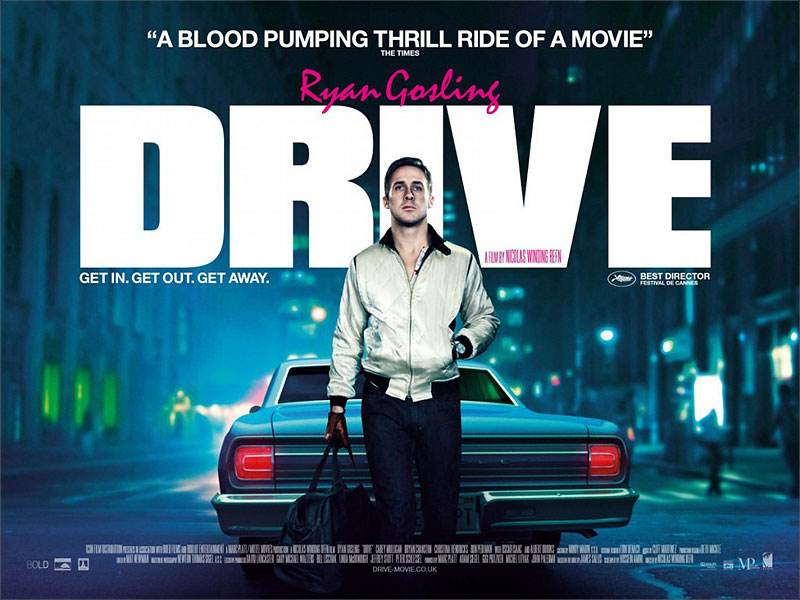 So – yesterday night we caught Danish filmmaker Nicolas Winding Refn latest film ‘Drive’, starring Ryan Gosling the other day and it really stuck with me.

Not just cos it had some outrageously violent scenes, but for a film packaged as a bit of a Fast-&-The-Furious-4 blockbuster, it had an off-beat indie pacing to it.

Ryan Gosling’s wordshy ‘Driver’ character, a stunt-driver-slash-mechanic-by-day and getaway-driver-by-night, must’ve said less than a page worth of dialogue across the entire film.  I loved how the excellent supporting cast pretty much had to force the lines out of him (he and the love interest communicate largely in silence and glances).  He basically broods from scene to scene, occasionally throwing the odd sad smile, while chewing his toothpick and pretending he’s Steve McQueen. 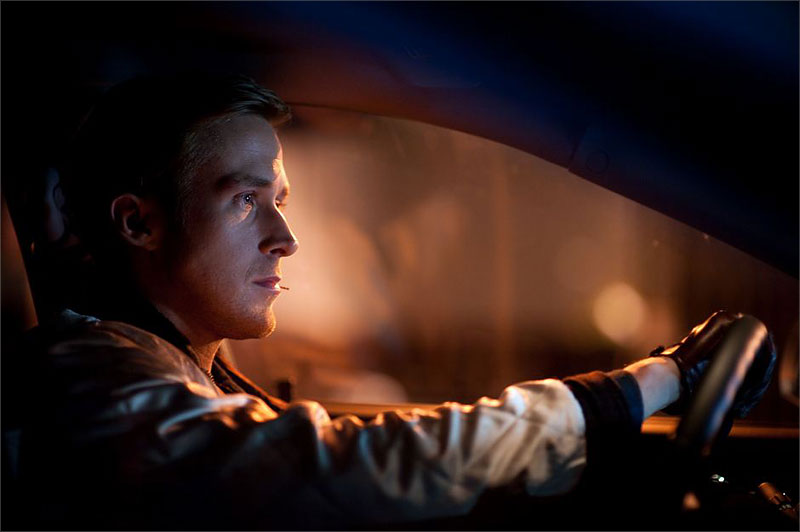 I love old film noir’s; with private eyes snooping through angular shafts of night light with only smart hard-boiled dialogue and a 6-shooter for protection.  But it’s interesting how film noir traits and Private-Eye cliche’s extend into modern  ‘Neo Noir’ colour films; such as Polanski’s excellent ‘Chinatown‘ staring Jack Nicholson.  Sweltering, sun-drenched day scenes leave you feeling the silky cool of the night is a more comfortable respite for these oddballs.

But this is as much neo-noir is it’s a western in disguise; where a lone gun anti-hero (clint stick chewing much?) has to break rules he lives by to violently protect people he didn’t want to care for in the first place.  Apparently there’s even a 1953 classic Western called ‘Shane‘; the tale of a man who, trying to escape his past, turns up at a homestead and, in trying to save a woman and her child from bad guys, finds himself drawn inexorably back into the violence he has tried to escape.  Might check that one out as it’s on ‘top western’ lists.

Not only is it beautifully shot, with low key visually minimal lighting, rarely seeking to beautify anyone (even Mad Men’s Joany doens’t come off so well) and some great sweeping neon-nightscapes from the skies, but the Euro-electro soundtrack is ace too. 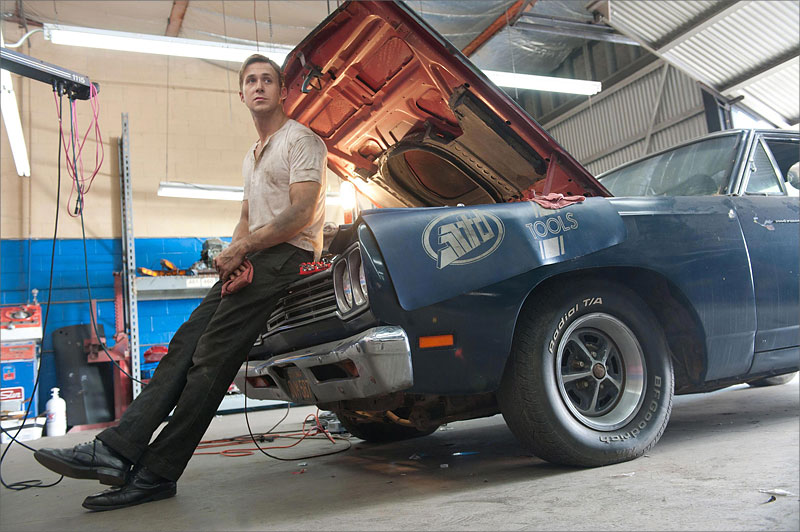 Working through the interesting choices of Ryan Gosling recently, he’s not what you’d expect.  I’ve enjoyed his playing a crackhead school teacher (Half Nelson), a Jewish Nazi (The Believer) and a man who falls in love with a sexdoll (Lars & the Real Girl).  He’s defo worth a watch, and it’s great to see a rising (or risen) star who’s not afraid to bring indie roles to the multiplex (though avoid the schmaltz-fest that is ‘The Notebook’).

Apparently Gosling described ‘Drive’ as “a cross between Blue Velvet and Purple Rain”.

The thing is, it’s not going to be everyone’s cuppa, and it’s certainly no Jason Statham ‘Transporter’.  I wasn’t sure if I liked it myself half the time, but found the whole package strangely watchable. 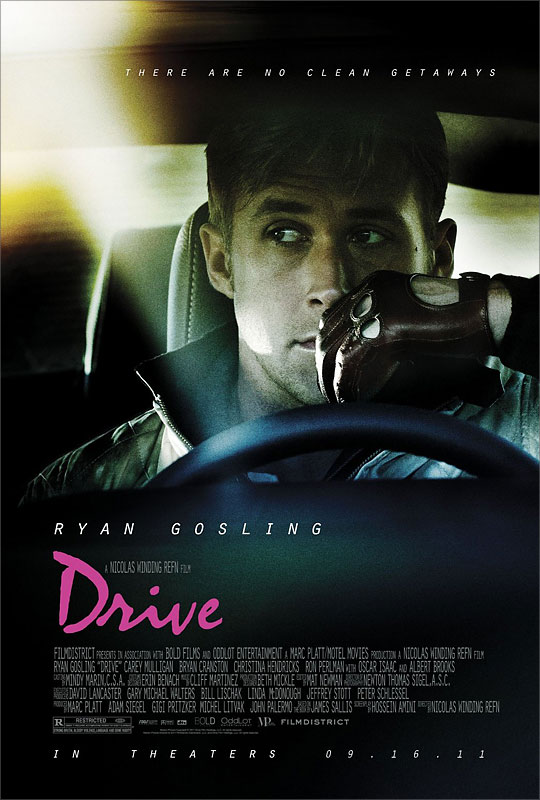 I think that’s why they went for the rubbish 80’s pink font.  Cos it’s not quite what you’d expect.