Well hey chicos! Man – I’ve been a busy B since my last post. And much have I seened and doned. Here be the teasers for upcoming bloggage…

I won’t lie – I was a shade more than giddy to have posted a blog about my fave bloggers and have three of them comment on it!  The [B]ecker & Jasmine Star both dropped flattering thank yous and the excellent David Jay threw me a very big bone by doing a feature on me on his blog!  I nearly shat my keks when I saw it and the blog stats have gone through the roof.  Check below, and click on it to go to his open-source blog. 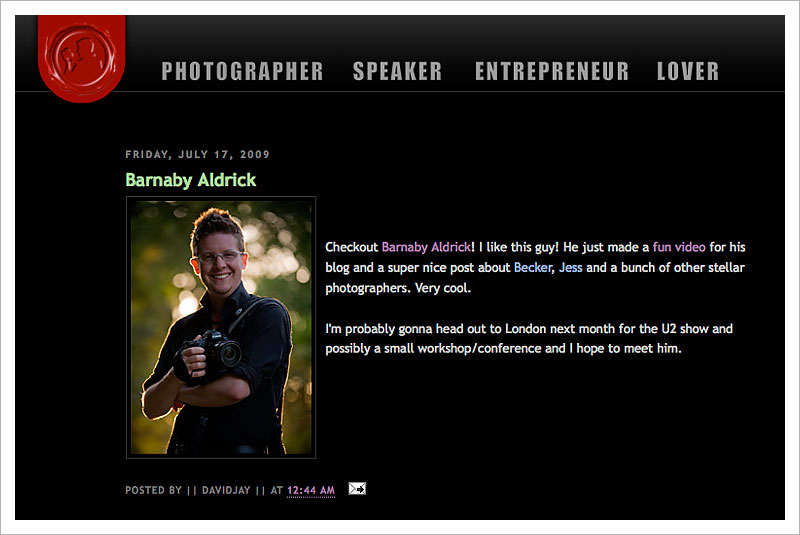 So, a few teasers from in between – rewind first to Friday: The excellent Mr James Lester & I took an urban exploration round a few abandoned mills, surprise suprise, IN THE RAIN. English summertime’s been as ambivalent as ever this year.  After a bit of snooping about, we found our way into this badboy… 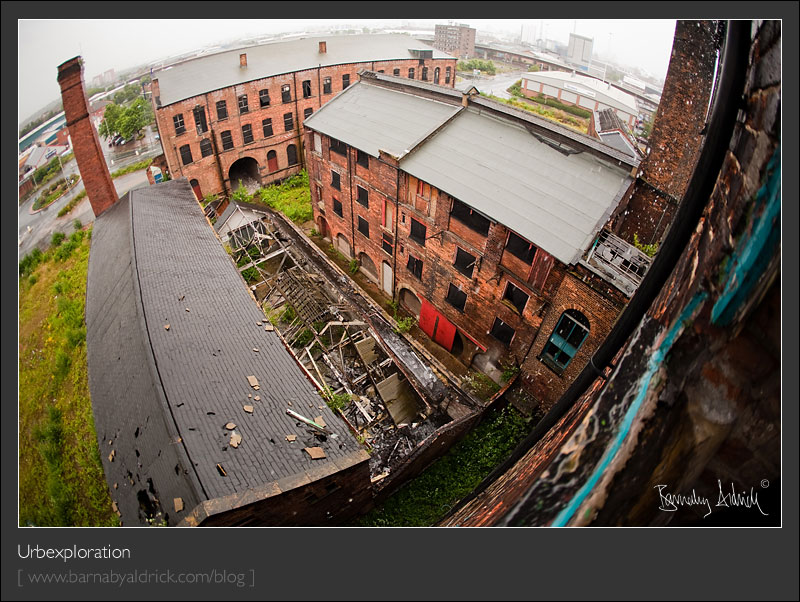 And found lots of floors like this. Some with sneaky holes in to the floor below. 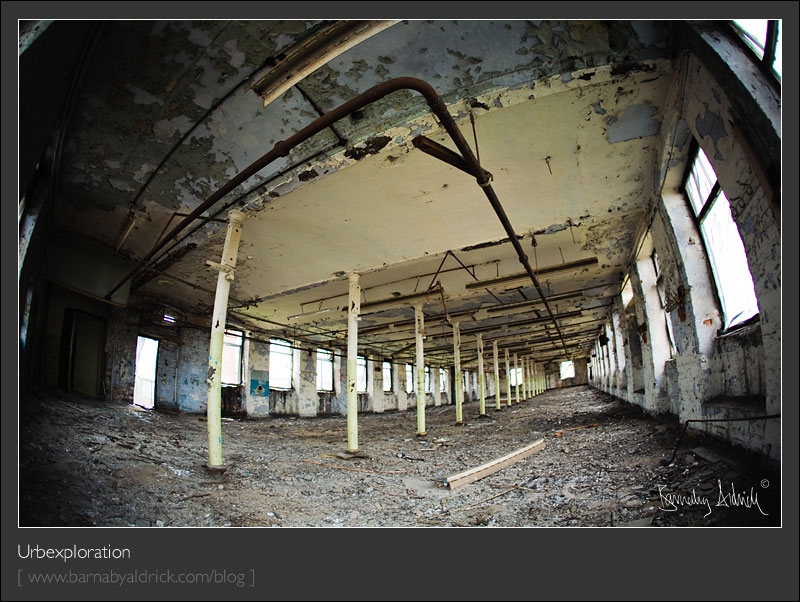 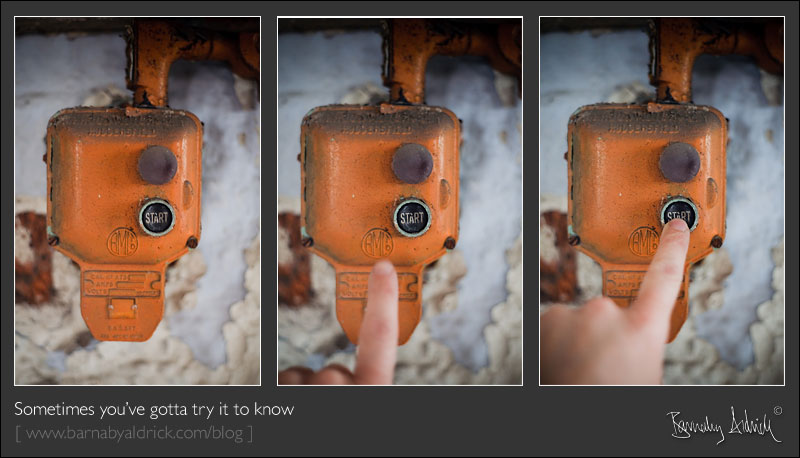 Mr Lester had just bought himself this here vintage 1960’s Rolleiflex medium format badboy off a member of the Kaiser Chiefs.  Man does it have a beautiful and gigantic viewfinder! And man were we both gutted when it fell off the tripod onto concrete on it’s virgin outing… 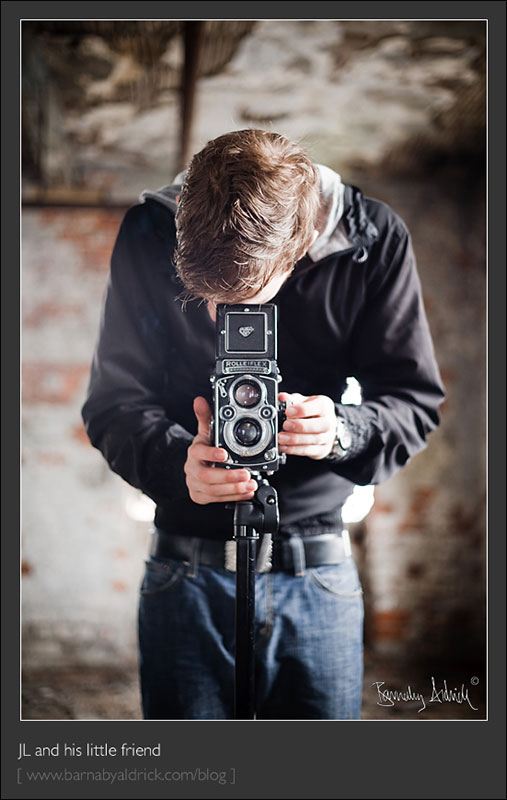 That night we took my new wheels for their first real run-in; 150 miles down the M1 to Milton Keynes to stay with our pals Becka, Nick & little Ollie.  We finally hit the hay at 1am after a damn tasty tagine, only to be woken at 530am by Ollie, who was full on ready to party.  Before heading off to our pal’s Nicky & Rob’s wedding in Northamptonshire, we covered our keep with a cheeky photoshoot of the gang in a nearby park.  Ollie’s sandles rocked.  More soon. 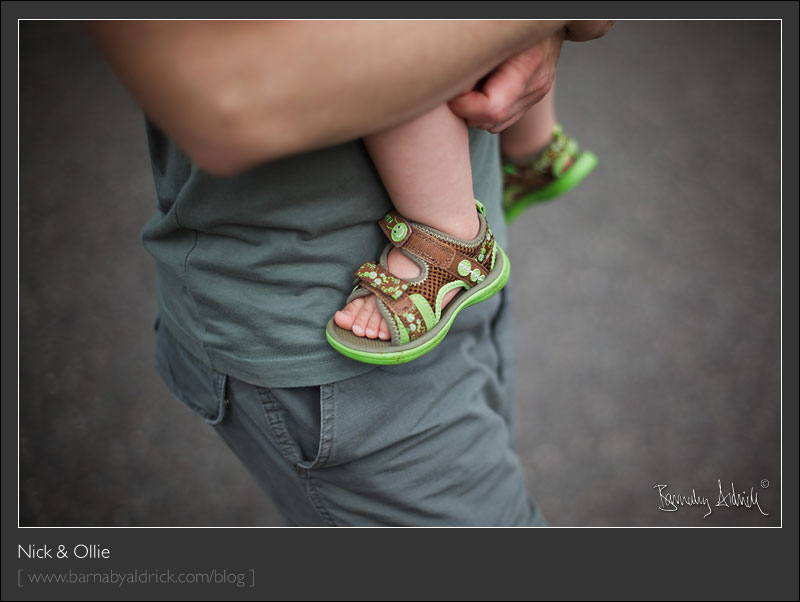 Saturday was spent enjoying the union of me ol’ uni pal Rob & Nicky.  These two rule and must now be mincing about Rio somewhere, en route to Buenas Aires, via the breathtaking Iguacu Falls. 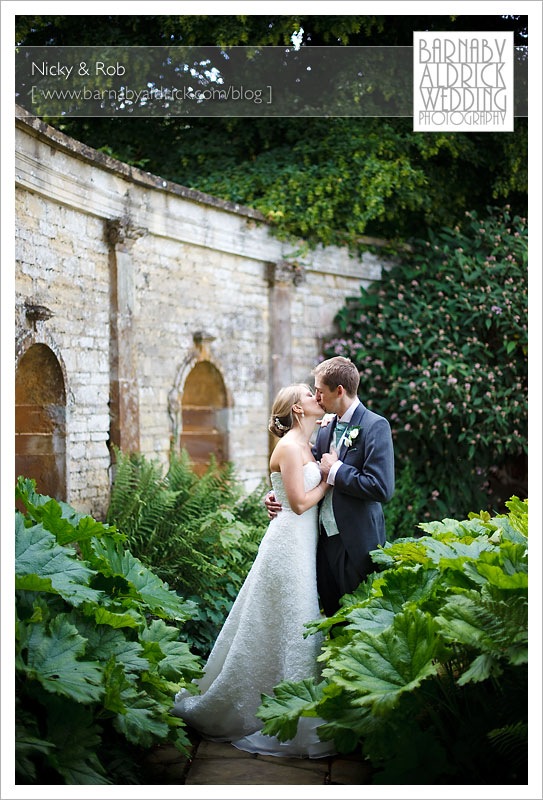 It’s was ace and somewhat bizarre to be a guest at a wedding.  It was a bit like going to the office and not having any work to do.  So, apart from a cheeky photoshoot with the couple I decided to film clips of the day on the 5DmkII.  I can’t wait to chop that into a little iMovie.  Their first dance was possibly the coolest we’ve ever seen, documented in full HD for your impending pleasure [again watch this cyberspace]. 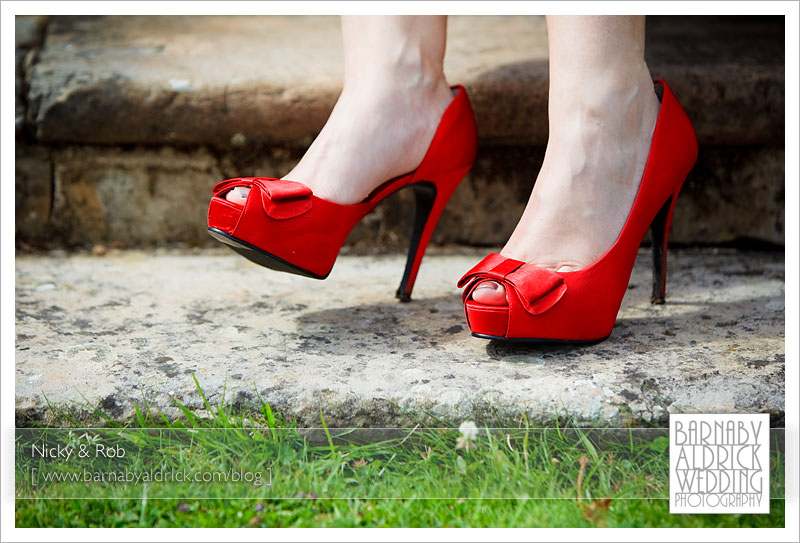 And I spotted these chaps outside the disco, early evening. Owners whereabouts unknown. 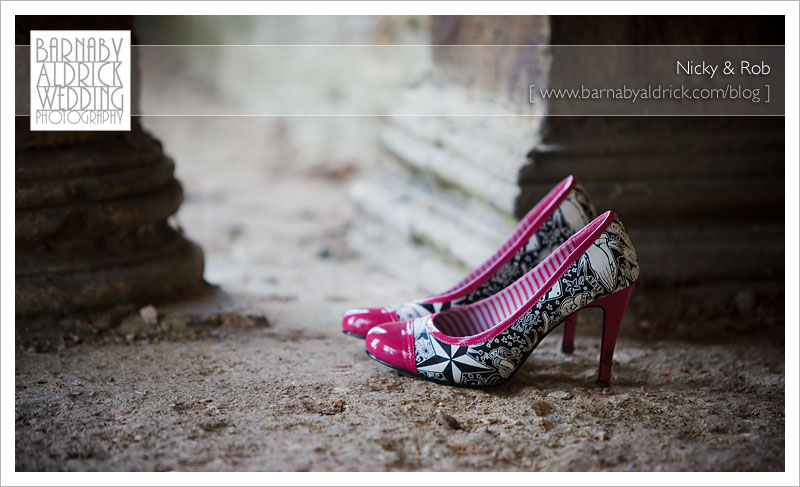 After a hog roast sanger, containing possibly more crackling than a heart specialist might endorse, we stormed back up the M1, slapped the batts on charge, repacked the shootsacs and got ourselves all prepped for an Indian wedding on the Sunday at the Marriott Hotel in Leeds.  It was a fantastic and colourful day, and Pav looked the business with her henna arms and feets. 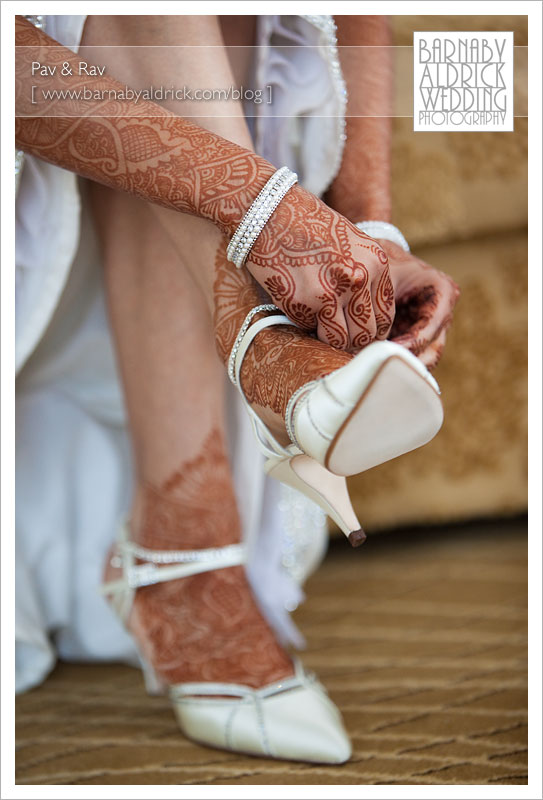 After the rain finally stopped & groups were turned around, we took a stroll around town, including a quick snog in the ancient Corn Exchange. 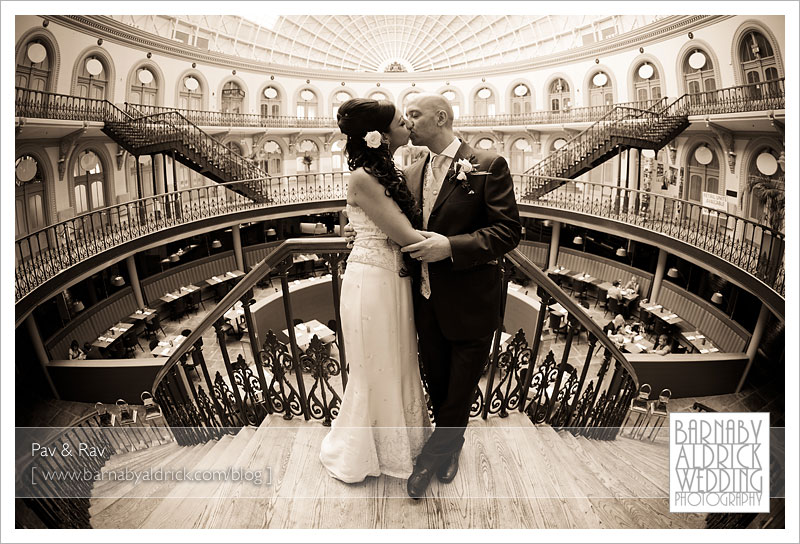 City shoots rule.  We took a turn up Briggate, Leeds’ high street, and turned a few shopper’s heads and got the world of congrats.  Here we are down one of Leeds’ old yards, off Call Lane. 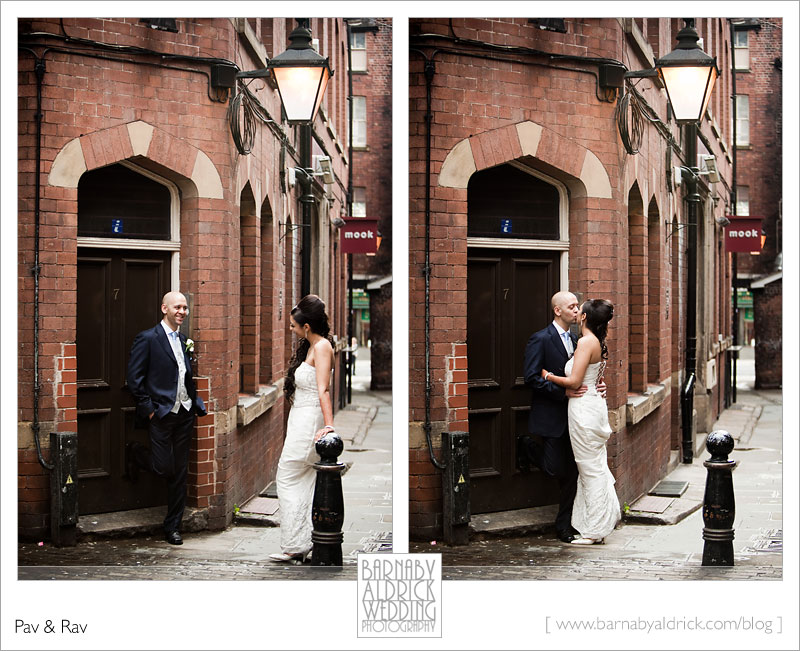 A couple of hours shuteye and I was out in action again, bleary eyed and on Leeds Guide duties. An early shoot found me on the 13th floor documenting a sparkly new showflat in the soon to be complete Skyline Apartments. 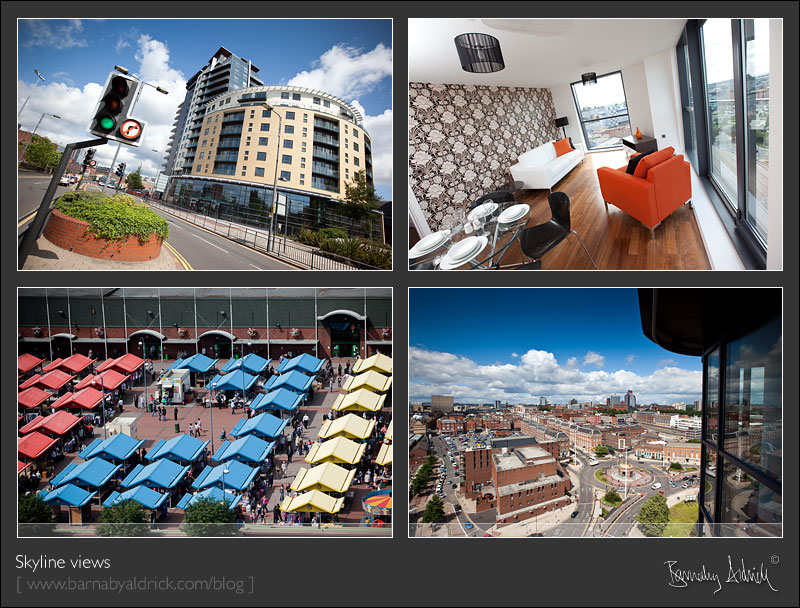 I even convinced the PR lady to let me back one night for some night views of Leeds at dusk.

Below was a view that caught my eye and somehow struck a philosophical chord. No U-turn, now. 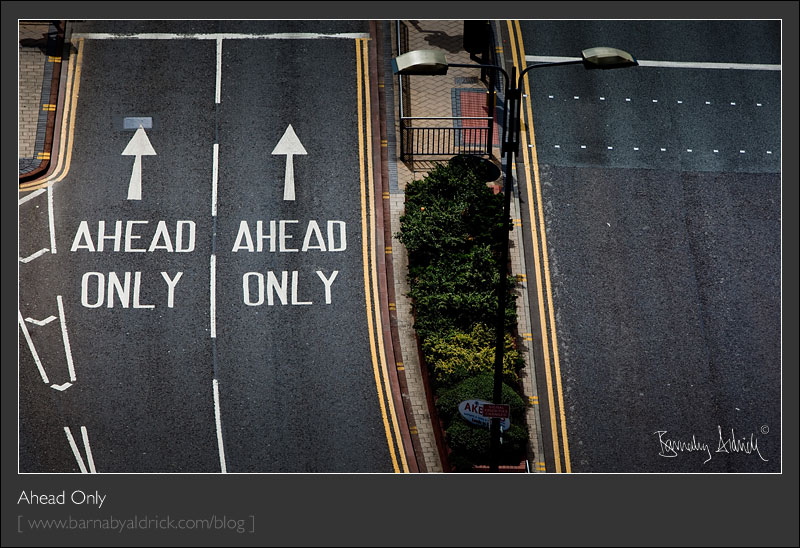 So in closing: I told you I’d get a photo of my new baby up on the blog.  Here it is, beautifully modelled by the Leeds Guide City Living editor, the lovely Vicky Cawthorne. Vix shows fine foresight with her footware colour choice. 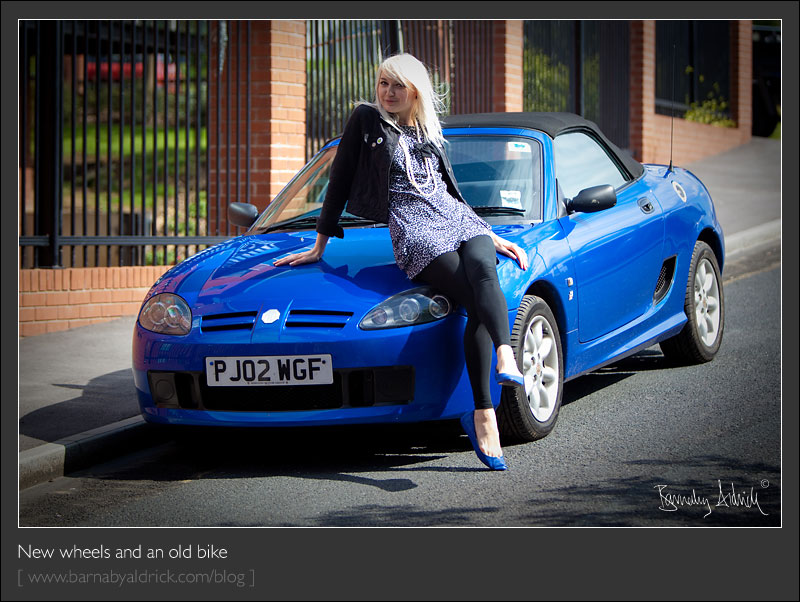 Any ideas for a car name?  I’m thinking Yogi, but think it might be a chick and wouldnae want to throw it into a misgender crisis.