A while back after writing a wee post about my fave stateside bloggers, I was blessed when a certain Mr David Jay heard about my post (via Google Alerts I’ve since learnt) and made a kind post about me on said famous blog.  My traffic hit the roof and has stayed high since.  A little goes a long way, as they say.

DJ mentioned that he was coming to London to see U2, and asked Snr Barber & I if we were about, so we thought we’d make a road trip of it. We hit that black tar river at lunchtime and made it down in 4hrs.  We didn’t have a clue if would just be us or if half the UK wedding photography contingent would rock up to play who’s got the biggest white lens.  It ended up being an intimate meet with just the DJ, Barber & mesen, another London wed tog called Ian of IC photos & a photography enthusiast called Emma, who follows DJ’s blog & is considering braving the world of self employed lifestyle photography.

It was an ace meeting at the Le Meridian Hotel in Picadilly.  It’s hard to know what to expect sometimes, but DJ was a geezer.  He’s pretty much the same age as me and has bowed out of spendy weddings to concentrate on running his global ShowItFast company (offering cunning software solutions of photographers).  He’s an optimistic, forward thinker, ever adding notes into his iPhone to look up & pass on later.  He’s launched the careers of several OC based photographic beacons, including Jasmine* & Dane Sanders and is a big believer in giving things away for free. His ShowItFast software is genius at offering simple, comprehensive software to build you own website.

DJ was hobbling about sporting a broken leg, after his lady pushed him into a lake!  Check him and our gang, before we bounced and hit the M1. 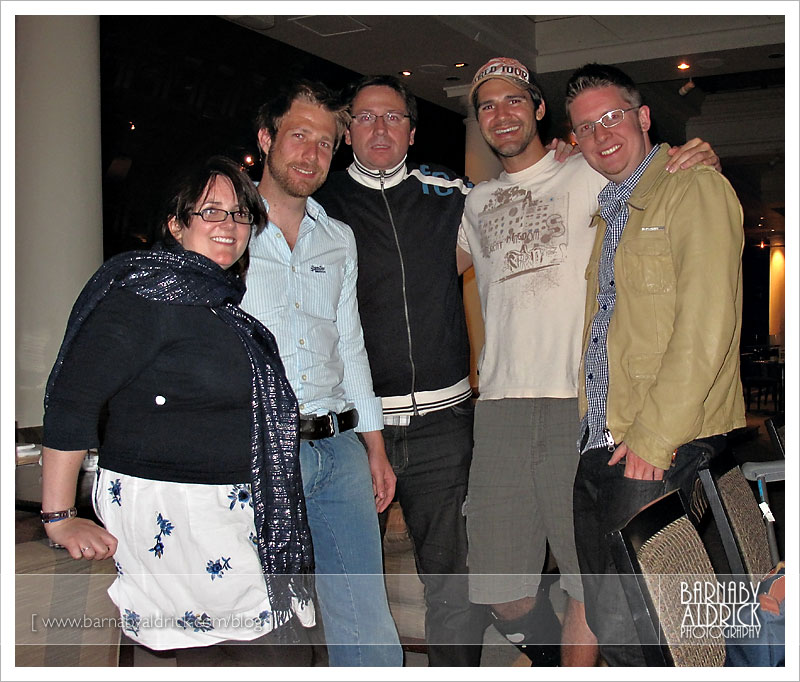 Here’s myself and the man. 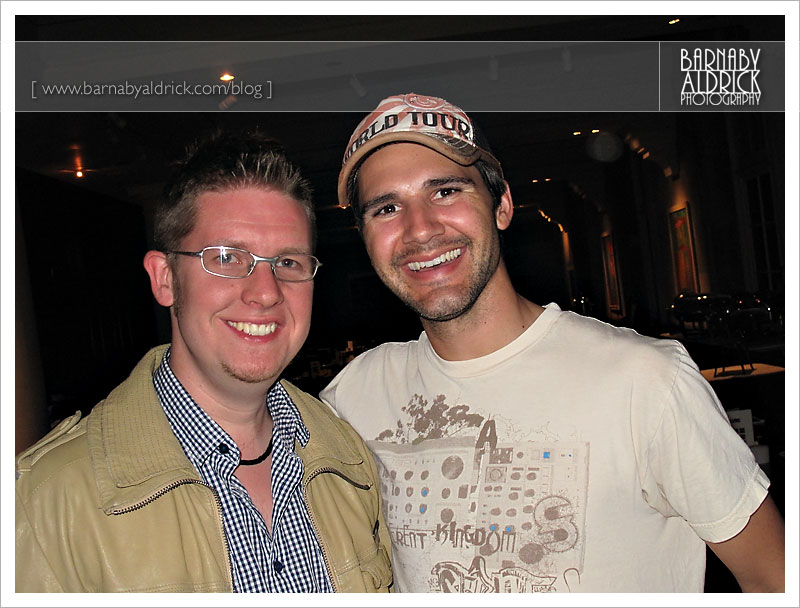 I think as photographers, we’re infinitely better with the support of other like-minded individuals.  When starting out in this game I thought other photographers would be the last people to want to become allies, and I thought ‘networking’ was a dirty word, for slimy individuals with too much ambition and too many business cards.  But my mindset’s come full circle; and photographic folk, near and far, are my greatest inspiration and the building of a support network is continually keeping things fun & fresh.

Also, as is usually the way with the deamon Barber, our homeward bound took about half the time of the outward leg!