In spite of the wedding-filled summer, I’ve taken on a few extra Leeds Guide shoots for LG colleague & fellow wedding tog Tom Arber, who’s been swanning about Ireland on his honeymoon (be sure to check his beautiful post about it here).

Leeds Guide shoots are great to keep things interesting, and my lovely work experience / assistant for this issue Natasha Cadman & I kicked off with a ‘My Favourite Outfit’ shoot with an ace hairdresser called Kylie… 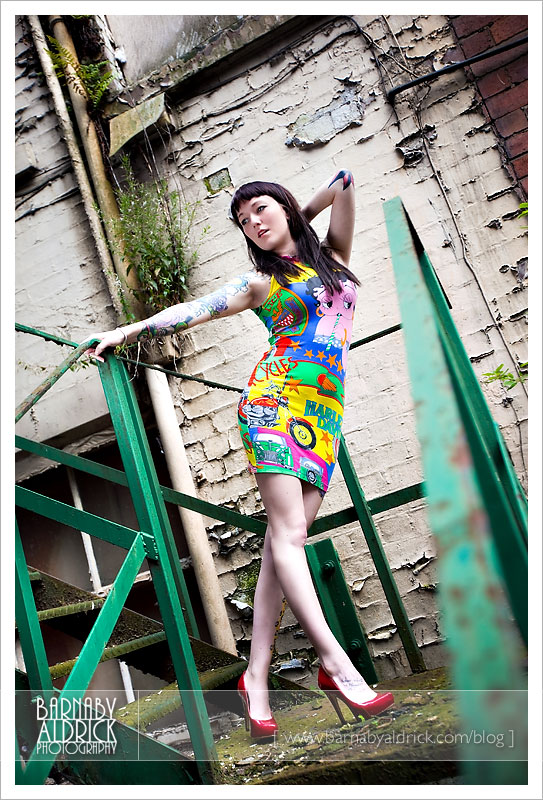 Kylie made our life easy by a) having done some modelling before, b) wearing the coolest Betty Boo / Harley Davidson dress & red 4″ heels and c) being up for shootiing on a ropey looking fire-escape that caught my eye on the way to meet her. How cool does she look?

The only addition in pre was a reflector on stage left, lighting her face & a sparkle to her eyes and a bit of a LR tweak & PS pro-retouch in post 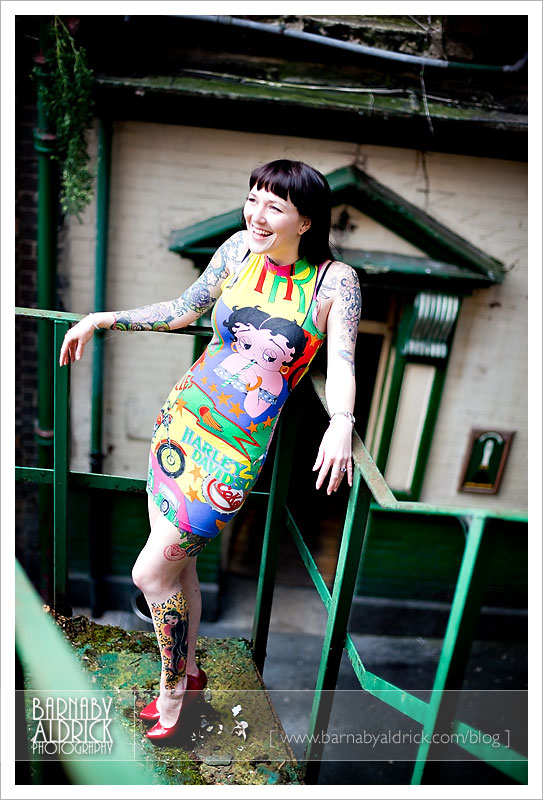 I like this one of Kylie looking natural & cool as a cucumber. 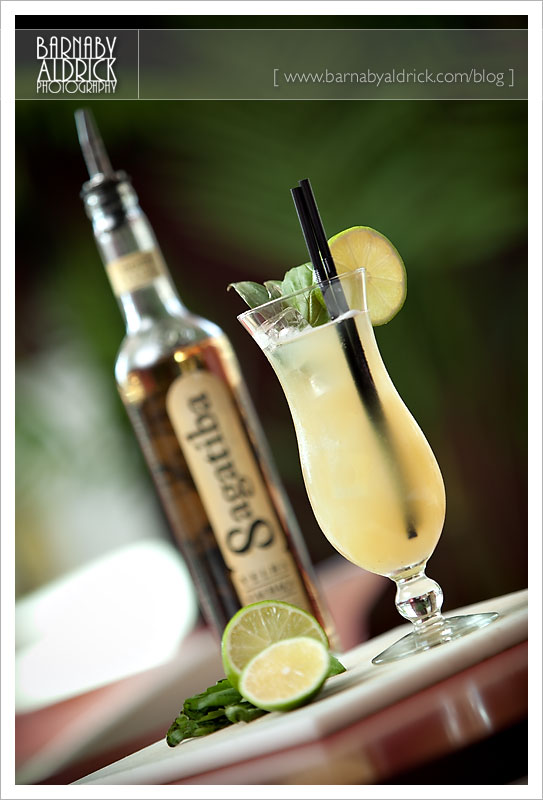 For the ‘Bartenders Choice’ I have to photograph a bartender & his cocktail creation.  I’m a massive fan of Capirinhas & anything made of Cachaca, so it was nice when our man at Oracle bar made a summery pineapple, basil & cachaca cocktail.  Booodiful. 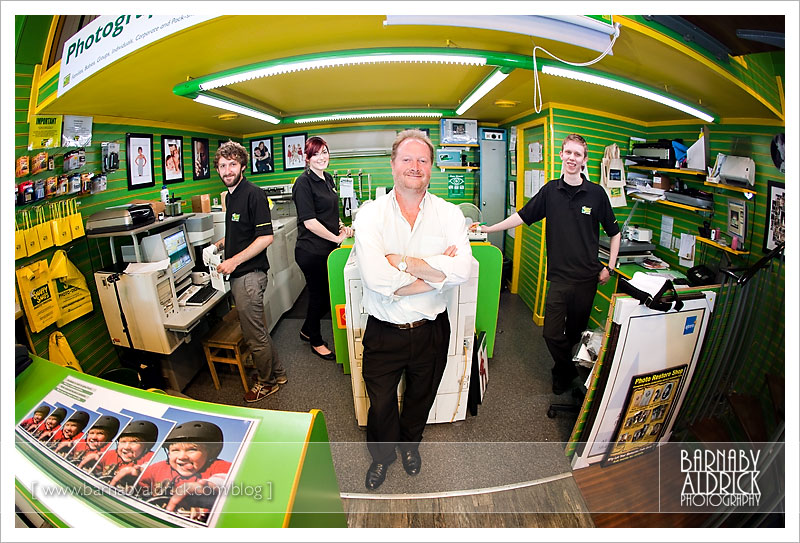 I can’t remember entirely the feature behind this pic, but it’s of the Snappy Snaps team.  They may be possibly THE worst named photo lab in the world, but I fully endorse them to my clients for printing.  They still have actual humans who watch the images pass before processing, with actual human development heuristics.  The TescoBootsJessopsCostco machines batch average all the shots for the greatest ‘average’ hit rate.  Basically, a dark image, deliberate or not, passes through an automated lab and it’s automatically lightened.  Overexposed images are darkened.  Computer say I don’t care if it was meant to be like that, I got rules.

Also, I’ve done tests and had clients come back & say those B&W images you gave us are green / magenta.  Nope – the lab needs calibrating. Remember kids, if you get a print back and it looks poo, take it back and ask them to do it again.  Especially if I gave it to you, cos my monitors are calibrated.

Anyhoos – I’m ranting.  Basically, in this day of digital where peeps no longer print their pics, aside from a dying breed of pro-labs, Snappy Snaps are your shop. Get involved.

Also – the chappy on the right is James Lester, my UrbEx companion.  If you pop in to the Leeds branch, tell him he rocks. 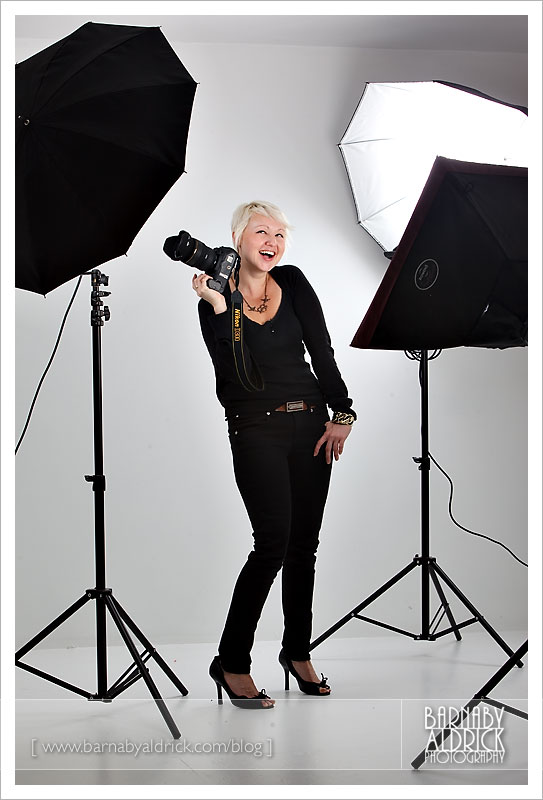 This was an interesting one. It’s always a bit freaky when the LG brief sats to photograph a photographer. This time was Claire Morris of On The Wall Studios, on Boar Lane in Leeds. With a blank studio & our ideas it felt rude not using the heads.  She was lots of fun & after getting used to having the lens turned on her, we got the above. 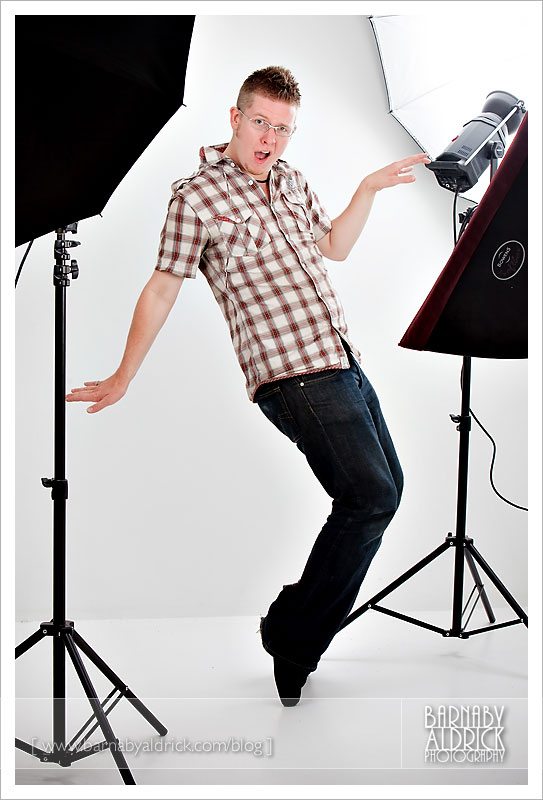 Claire turned the tables on me too! Check the pointing flex! 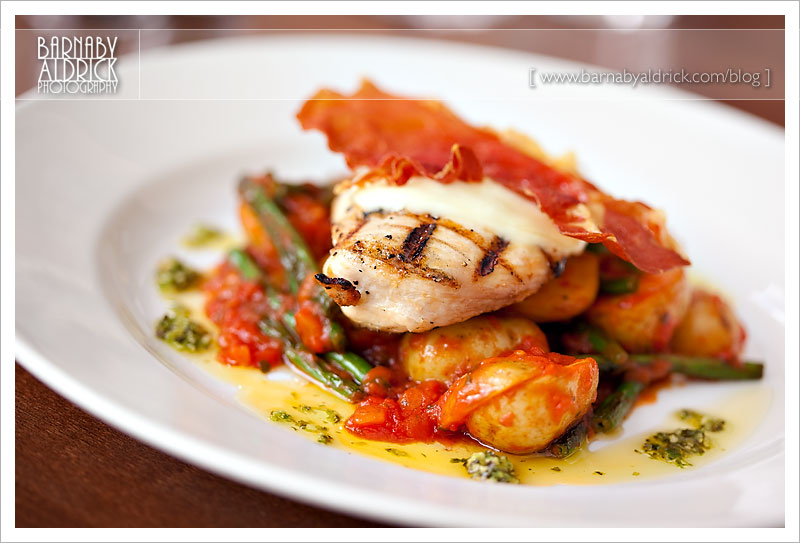 ‘Chef Special’: another fave of mine.  No marmite/varnish/steaming kettle tricks – just real food, a reflector & a macro set to as shallow depth of field.  The faster I photograph it the hotter it is when I get to eat it too! 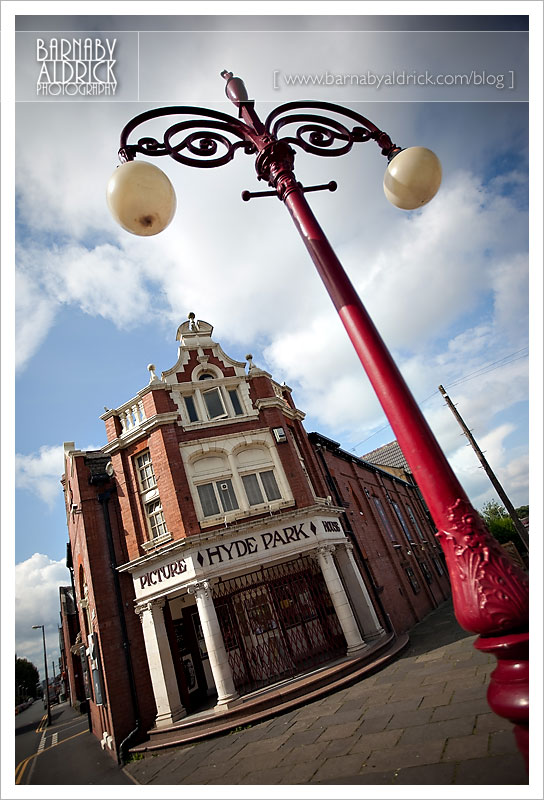 For a ‘Hidden Leeds’ feature on Leeds’ sneaky gems the LG Editor & I had a snoop round Leeds’ premier arthouse Cinema, the Hyde Park Picture House. It’s a place I visit criminally irregularly considering how much I enjoy film. It’s in the heart of the Leeds student-ghetto and was really interesting to see behing the scenes. 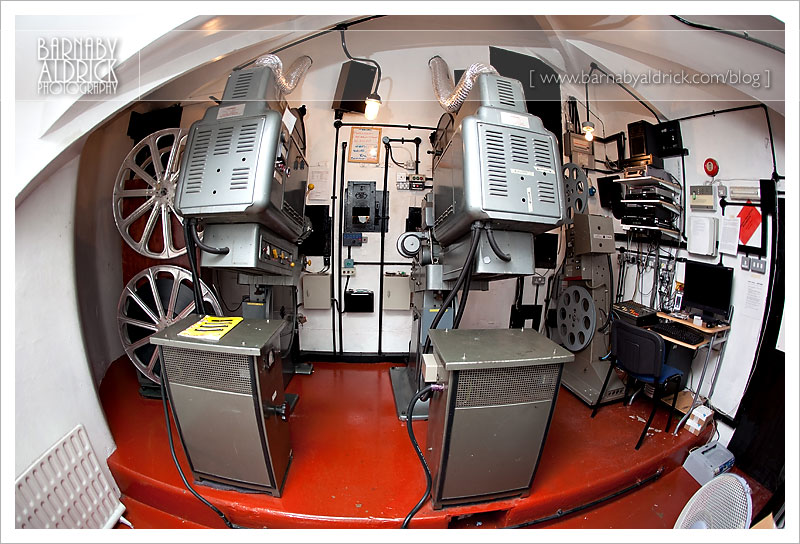 Check out the mad projector room. The machines were called ‘Zenith 3000’ or something cool. If I have a kid I might call him Zenith 3000. 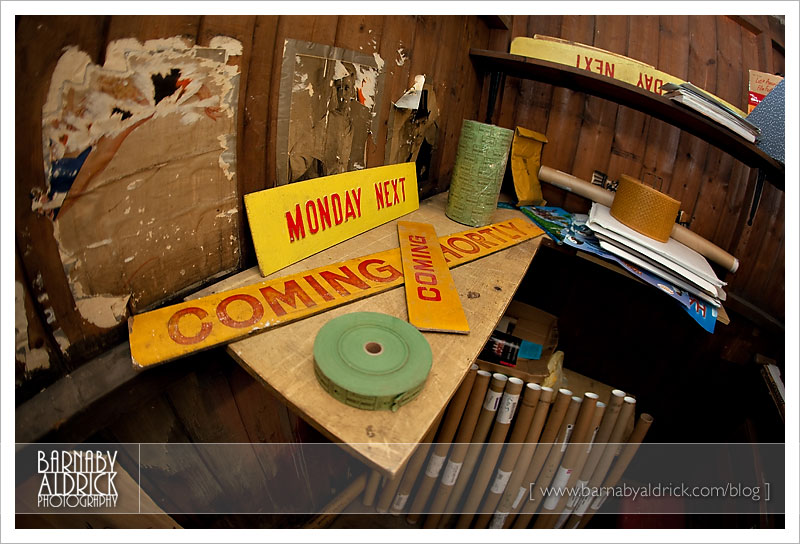 Down in the dungeons was a fascinating room filled with ancient ticket rolls, posters and ancient signs. 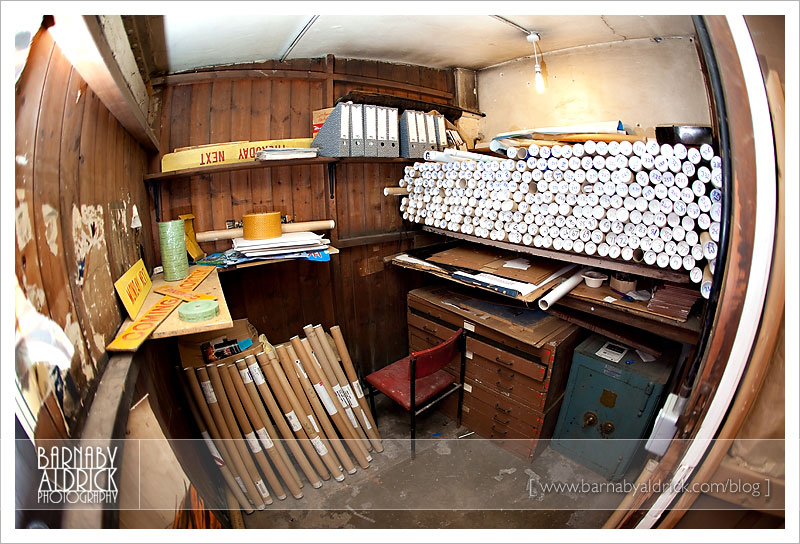 Amazing.  Apparently, you can go in and buy any of the old posters from them. 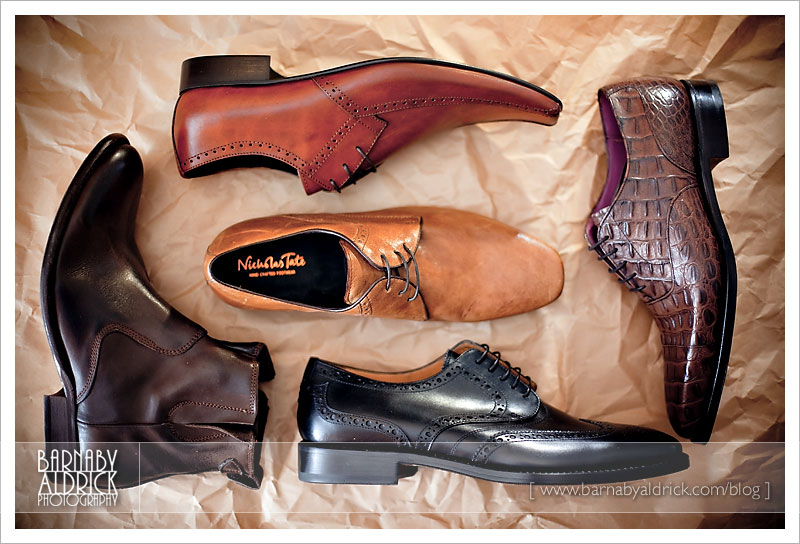 Leeds Guide always used to have a ‘6 of the Best’ feature, which was fun, but loads of work. They decided this issue to do a ‘Men’s Best Footware’.  I got to collect the middle pair from the Nicholas Deakins factory where they’ve a museum featuring a pair of every shoe they ever made. The tan badboy in the middle is my homie. 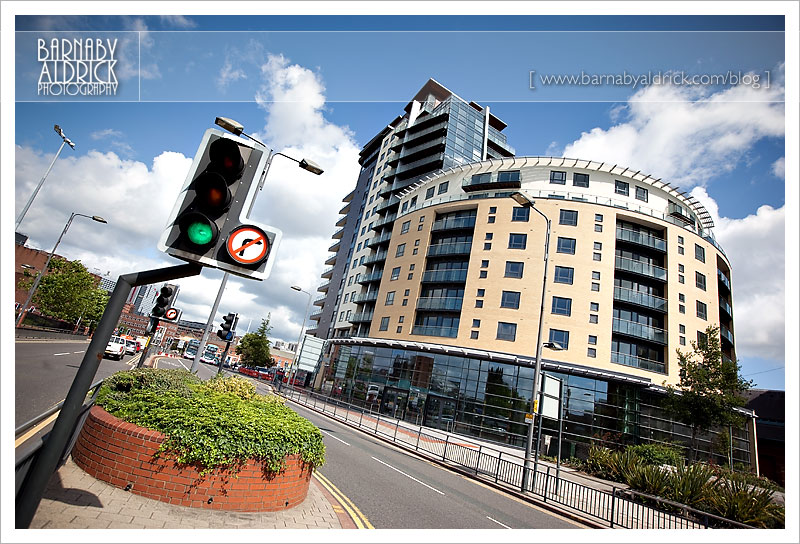 Yet another block of city centre apartments are approaching completion at Skyline Apartments, so I was sent to get some showflat interiors.  The marketing lady showed me a few rooms & said to knock myself out, so I had a right explore, and before anyone knew it was hanging over the edge of the top floor. 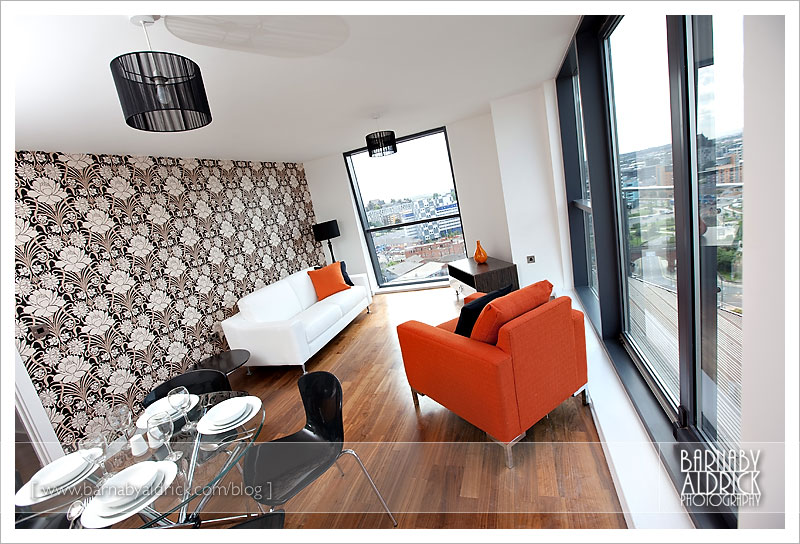 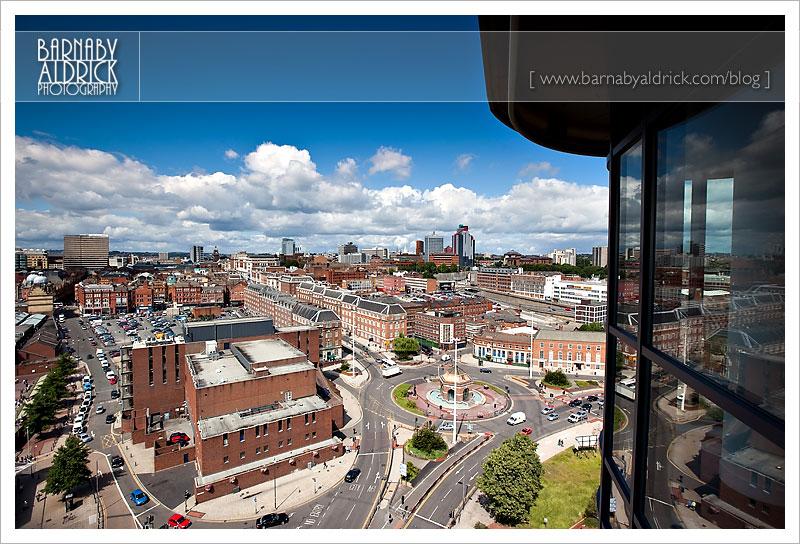 You can almost see my flat from here. 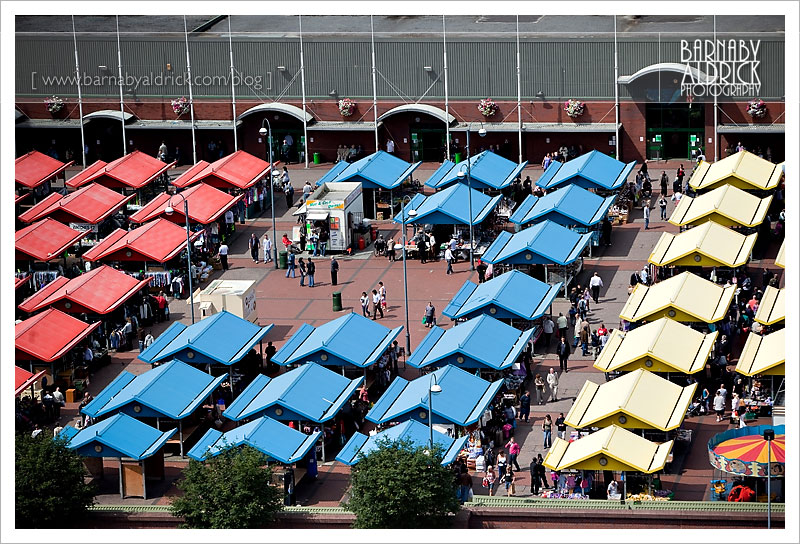 Leeds City Markets from above.  It’s harder to make out the tat from here. 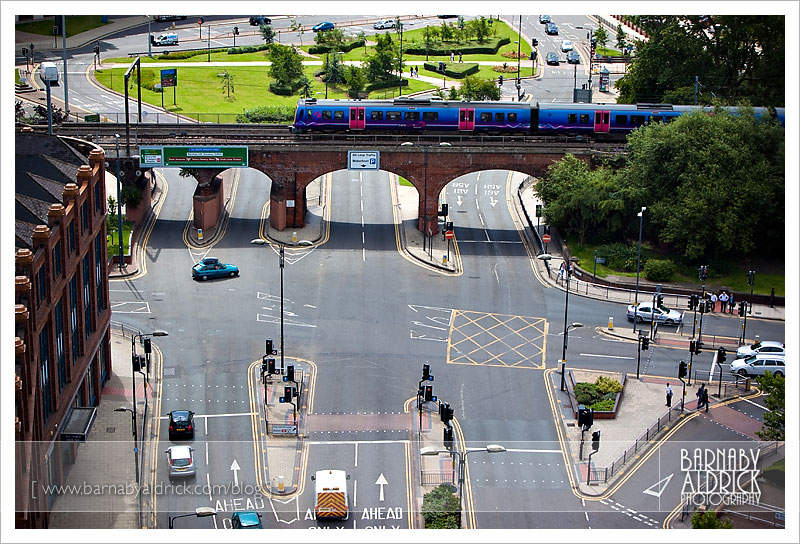 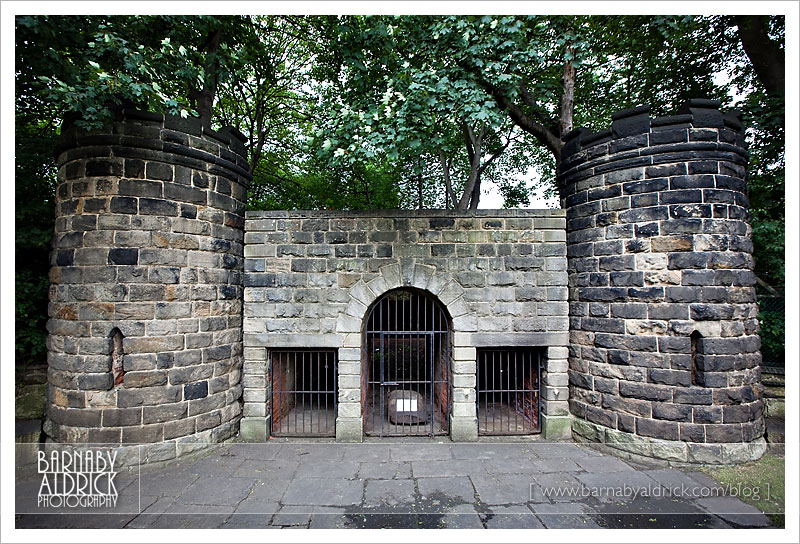 Another Hidden Leeds feature of an ancient Bear Pit on Cardigan Road. Once upon a time, peeps paid to point and stare at Bears that kept in here. 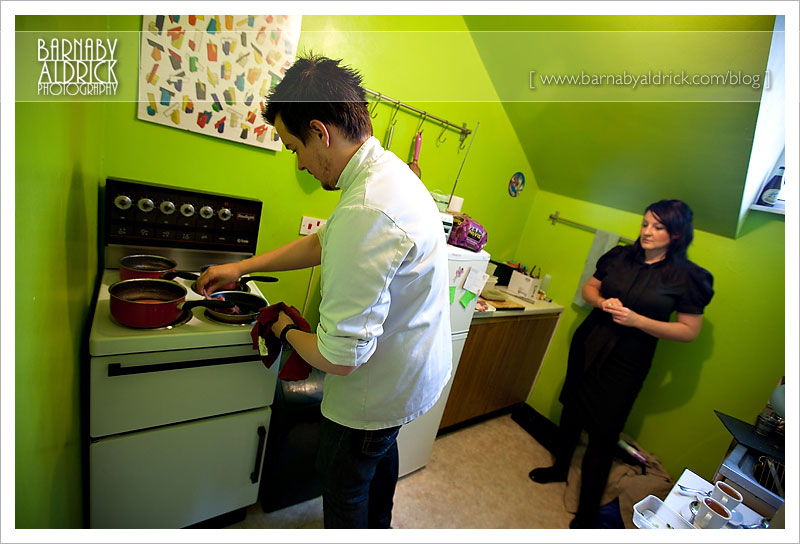 This one was fun – The LG Editor & his Mrs invited myself & mine over to get cheffed courtesy of Joe’s Kitchen.

Basically the super established Leeds chef Joe Hepworth with his high-spec, michelin-starred backstory & mad skills, comes to your digs and chefs up a 3>7 course dinner for you and your guests.  He brought his own gear & ingredients and a waitress to serve it.  Even on Tommy’s student-chic an-hour-to-heat-up-two-to-cool-down electric hob, he laid out genius gastronomy. 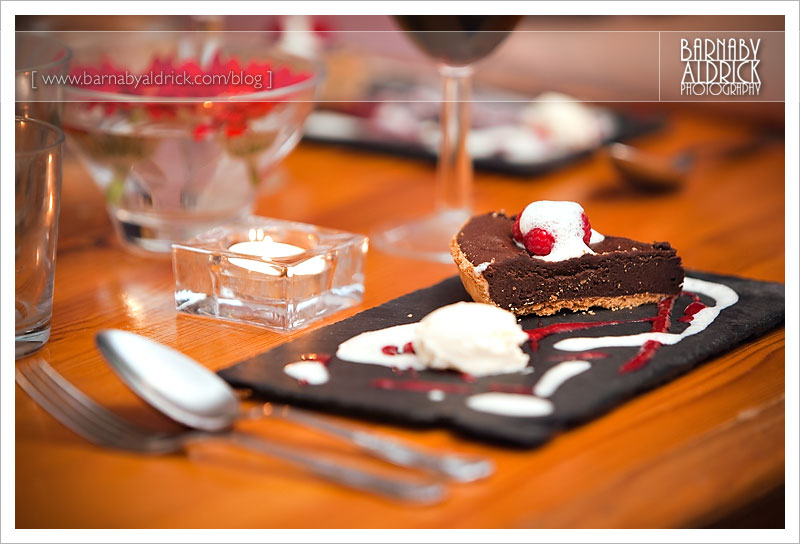 For the amuse bouche we were treared to a cheeky Tomato gazpachio (GARCON, THIS IS COLD!), followed by a goats cheese & onion marmalade tart, a roasted rack of lamb, with fun pomme fondant, carrot & thyme jus action.  To clense the ol’ pallette in between we had fizzy popping raspberry lollypops before an insanely nice chocolate tart with vanilla foam.  Pricewise it wasn’t even that spendy (£25-40/head) and makes for an opulent romantic meal / top gift for mother’s day.  Give me a shout if you’d like his contact digits. 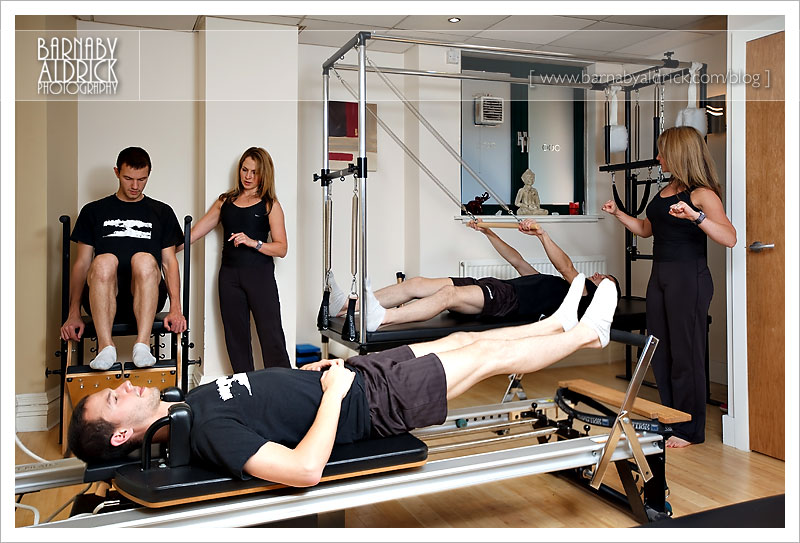 I wrapped up the LG shoot with the Dep. Ed, who routinely get’s the ’emarrass Ben doing stupid stuff’ shoots. Here he had to try a Pilates-style class at Equlibrium Health behind The Light building in Leeds Centre.   I thought it might be cool to show him using several machines, so took a bunch of snaps & layered them up in post.

Hope you enjoyed my LG faves.  For me it’s all about the cocktails & food.

I’ve thought it a good idea to get a custom T-shirt made up saying: ‘WILL PHOTOGRAPH FOR FOOD’.