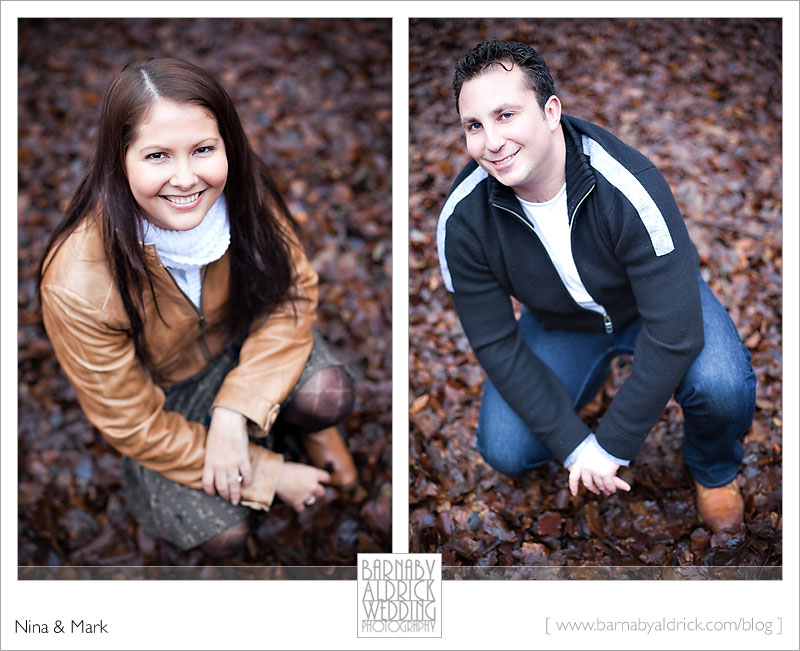 These two were guests at the wedding of Sonya & James last year (post here), and are having a similar Ukrainian wedding in February this year.

That wedding was possibly one of the most fun wedding I’ve shot yet, with loads of amazing traditions and I can’t wait for all the fun of this one. 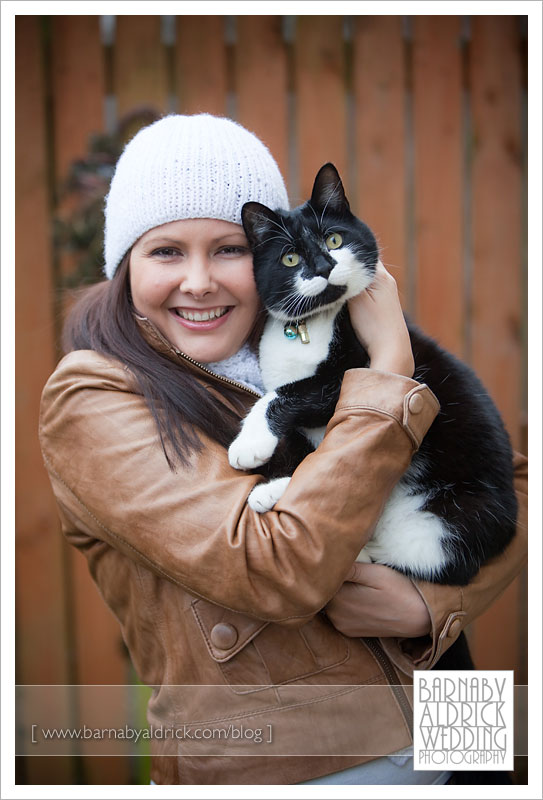 I joined Nina at their house for the pre-wedding admin, and we chatted through their exciting plans.

Nina loves her cat and asked if we could take a photo of the happy couple. 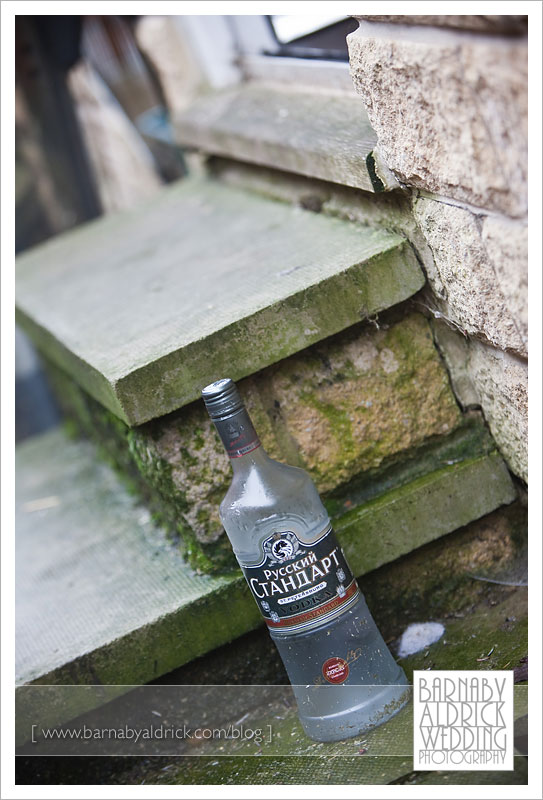 Mark told me you can tell a Ukey house, cos the keep the Vodka on the backdoor step to keep it cool! Cunning. 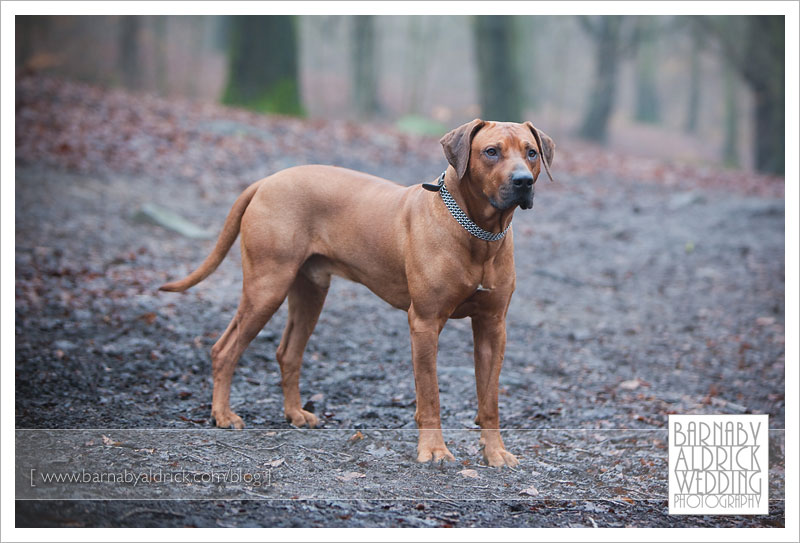 The fourth member of their family is called Simba… 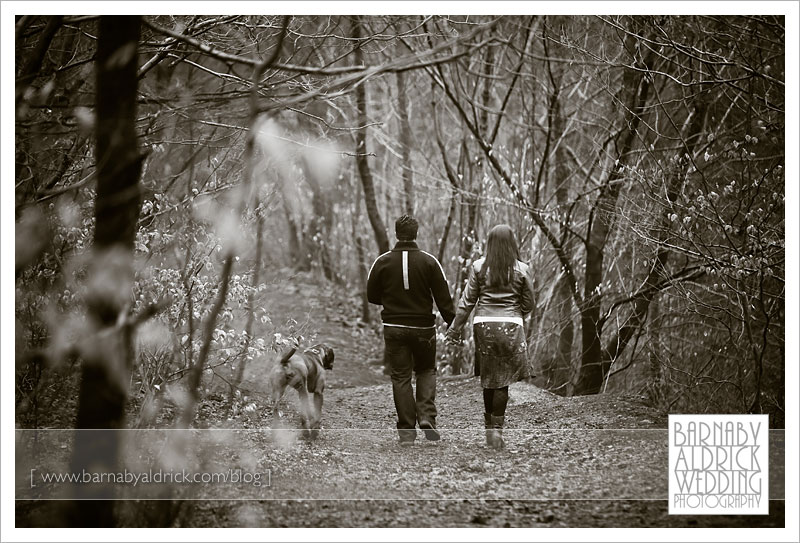 …so we decided to set our practice photoshoot around a walk in some nearby woods! 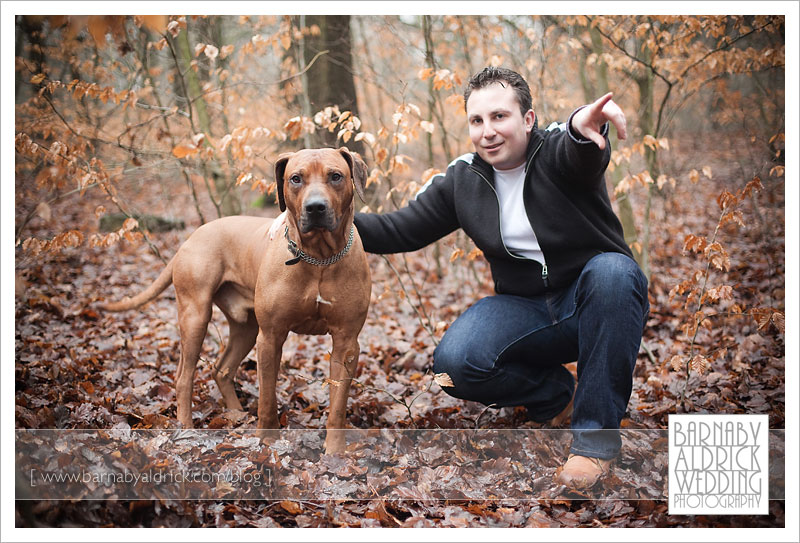 I absolutely love dogs, and can’t wait to get a house big enough to have one.  Simba & I got on like best mates. 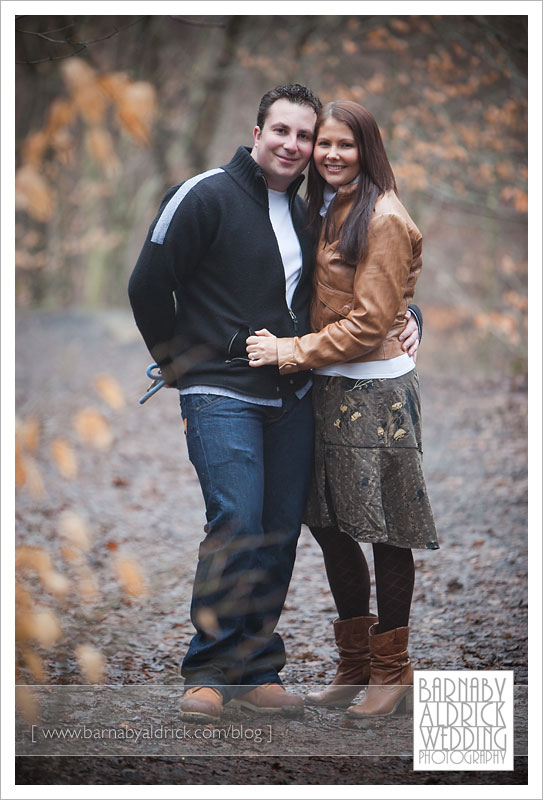 Here’s a nice portrait of our lovely couple getting used to my papping! 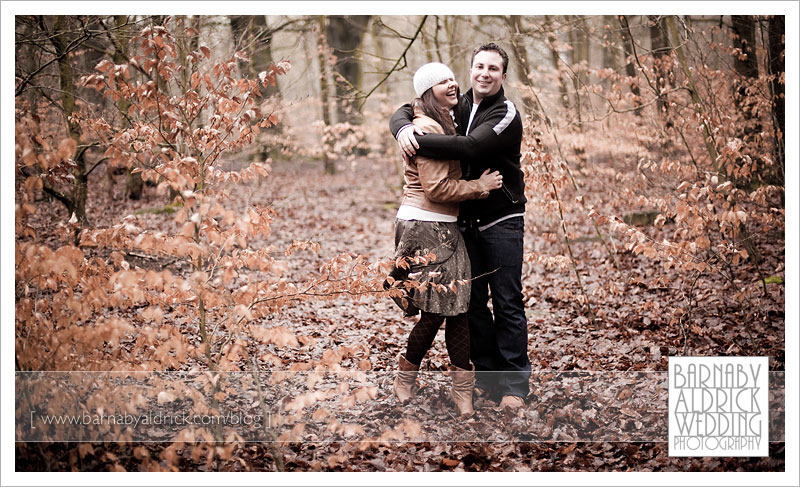 These woods were mad.  Even though it’s February, it fully looked like Autumn. 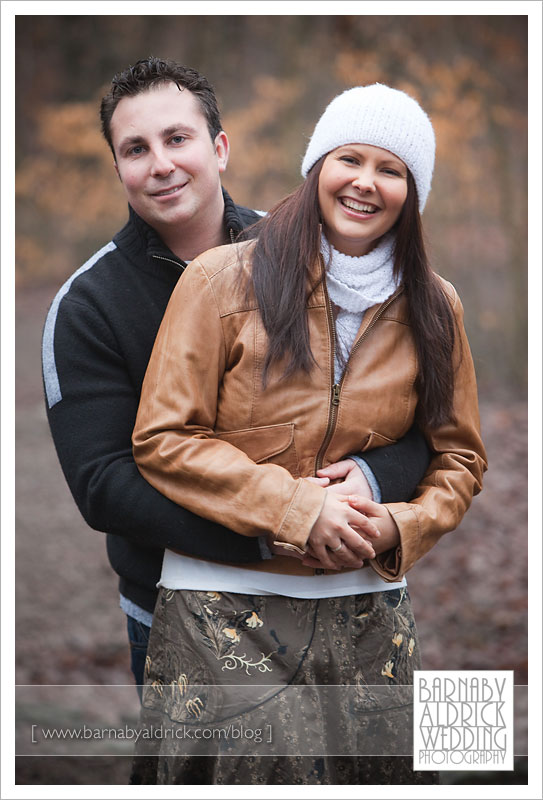 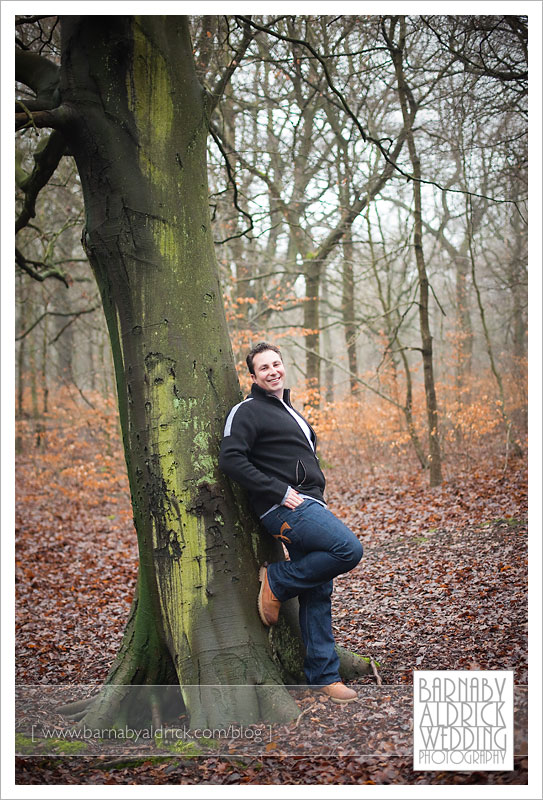 A bit of one-on-one time! 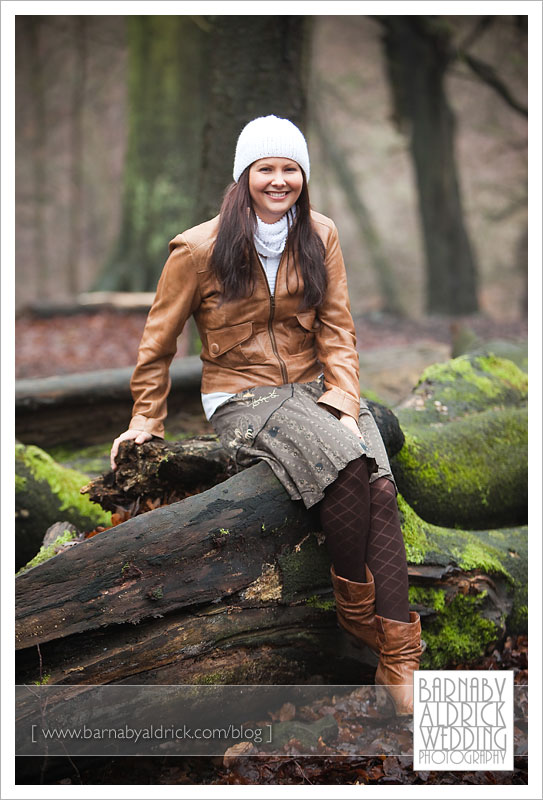 Which was only fair to subject Nina to also. 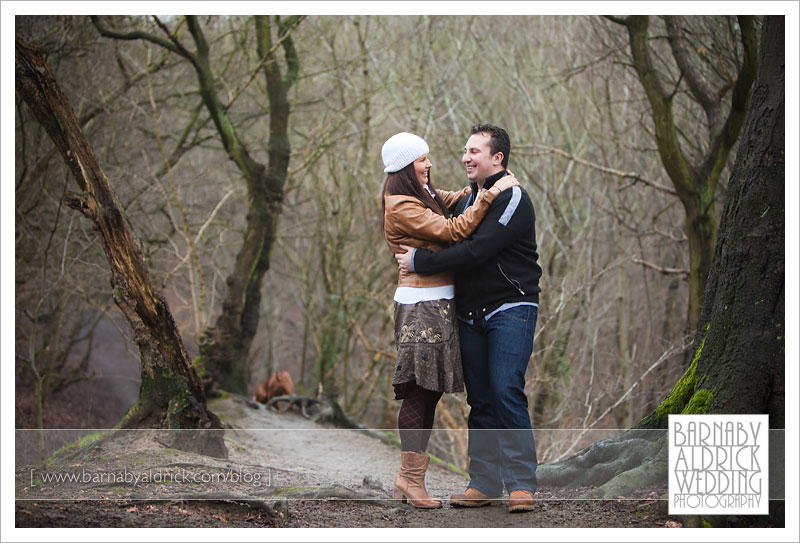 The background looks a bit like a scene from a Tim Burton movie! 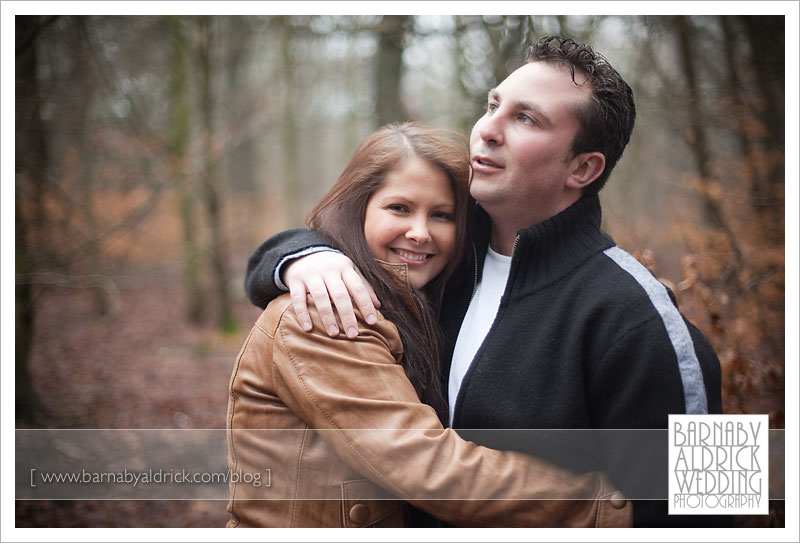 A bit of f1.4 for the geeky togs!  I love the super-soft background. 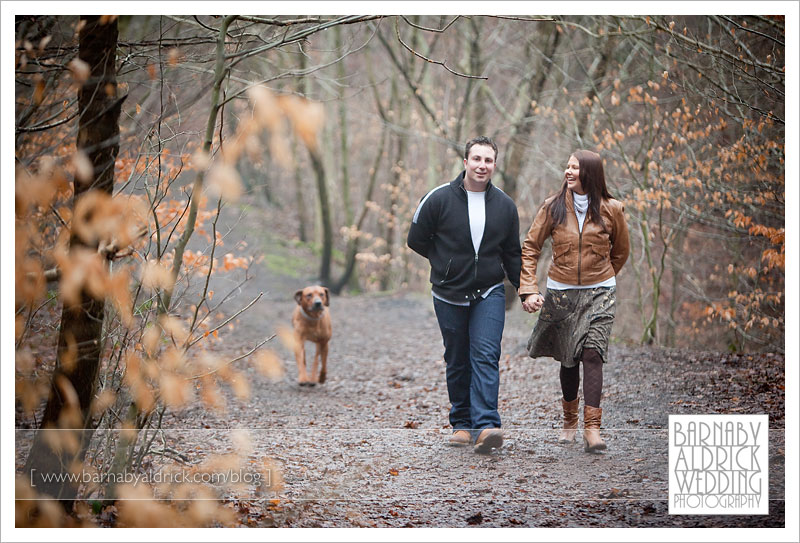 Simba is 5, but like a big puppie, he seems a bit big for his body.  When he lumbers up at full canter, it’s a bit like being charged by a horse. 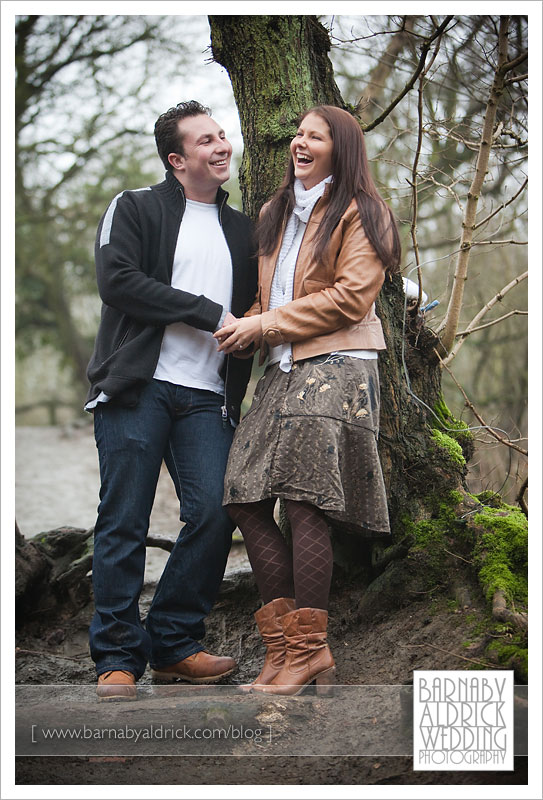 I like this one of them messing about.  This is the sort of image I like.  A moment with personality! 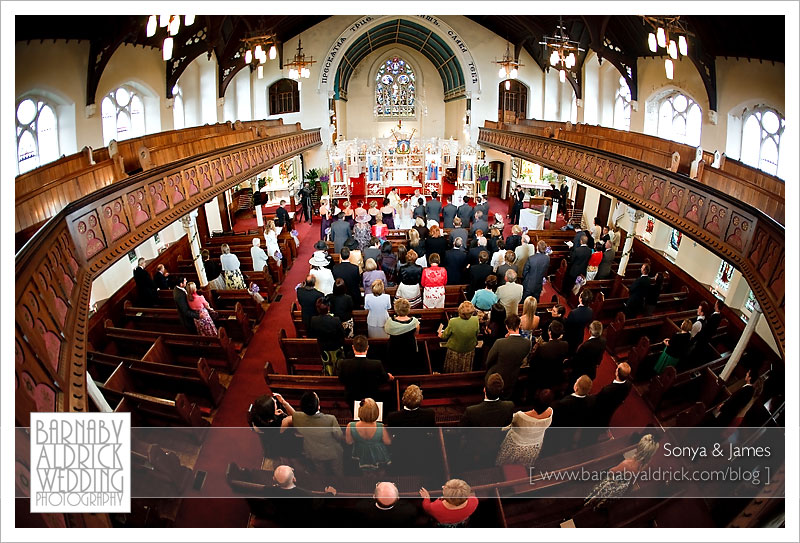 I can’t wait for their big day.  It’s gonna be immense.  This is the Bradford Ukrainian church they’re gonna get married in.

The whole service is going to be in Ukey! 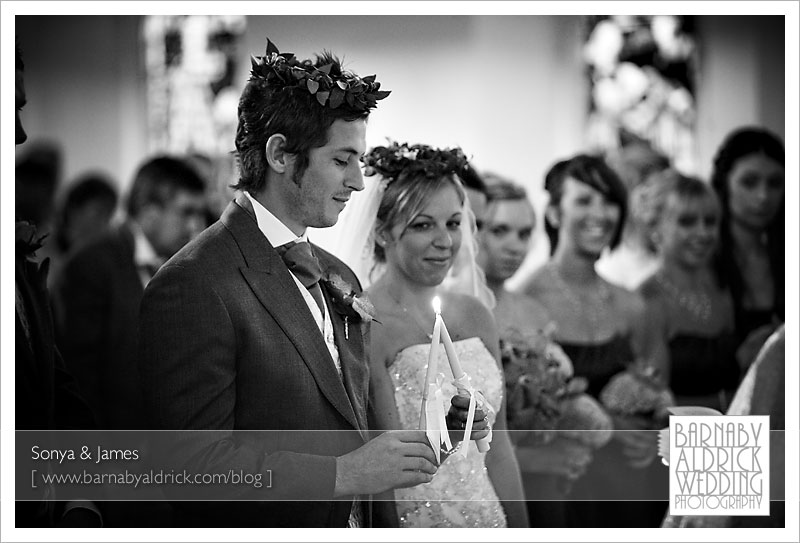 They’ve loads of ace ancient orthadox traditions, like the wearing of wreaths on their heads while they follow the priest in circles round the altar. 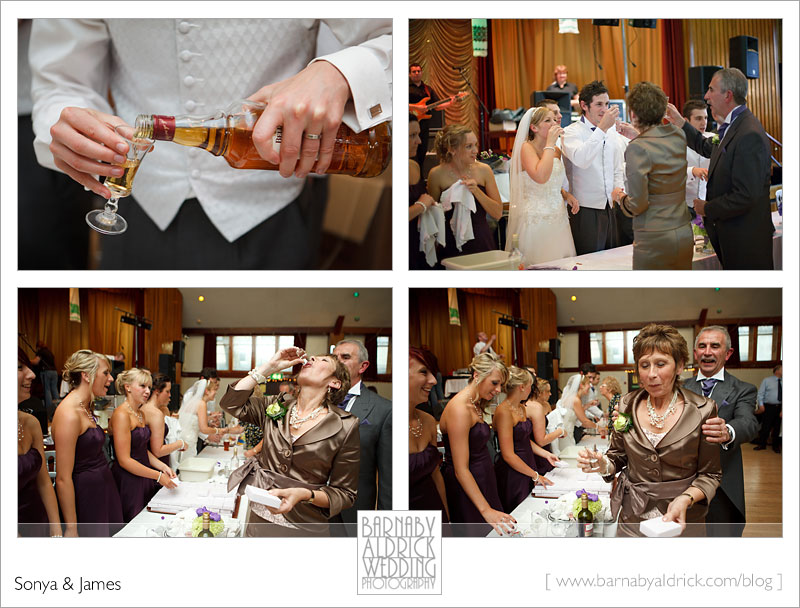 But the party really starts when they do the Perepy, where all guests have a shot with the bride & groom. 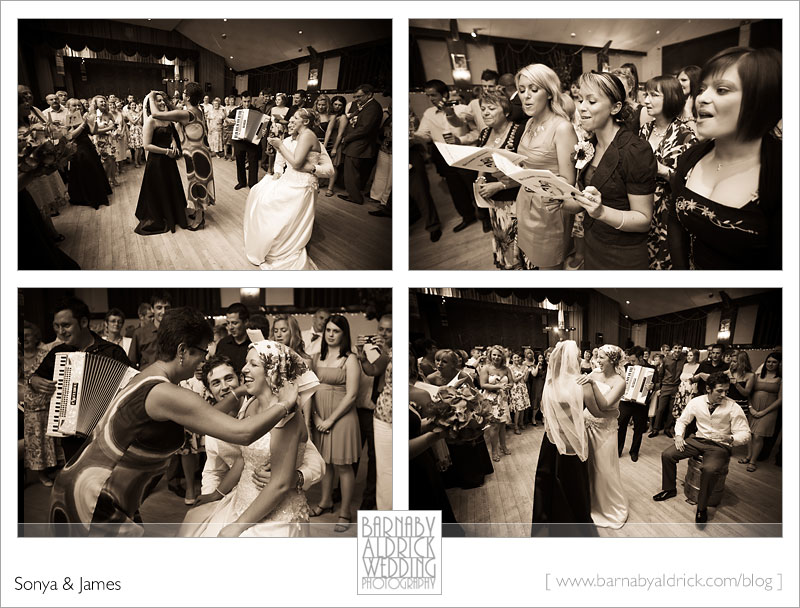 Then later the bride and groom have a ‘barrel unveiling’, where the groom sits on a barrel while his bride dances about with her girls, spilling drinks on the floor.  Then he has to mop it up while everyone sings and the bride has her veil taken off, and replaced with a traditional headscarf. Then all the bridesmaids dance about wearing the veil.  It’s all done in great spirits, and it’s fab to see everyone knowing all these old country songs. 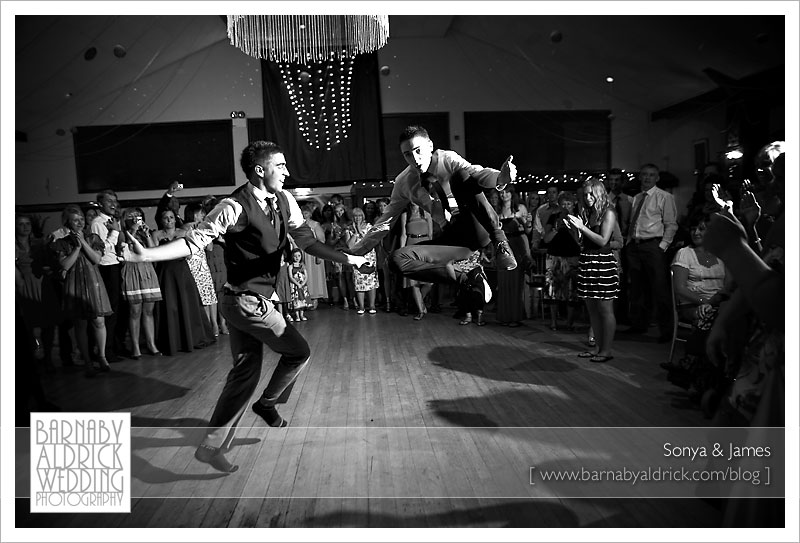 But the night really revs up when everyone gets dancing.  I’ve never seen anything like it.

The tradition of ‘Ukey Dancing’ is very much alive and it’s like Russian Dancing crossed with Barn Dancing. 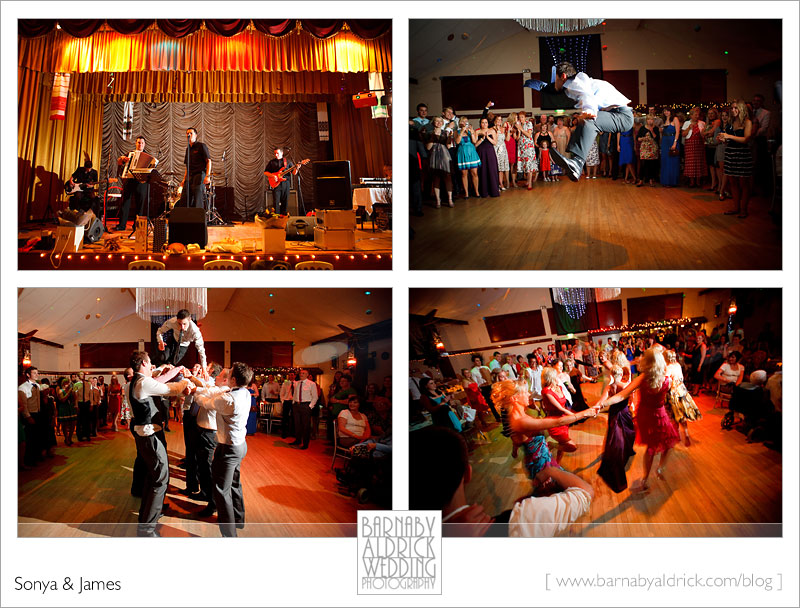 Everyone’s vaults & spins about the floor like a pro. 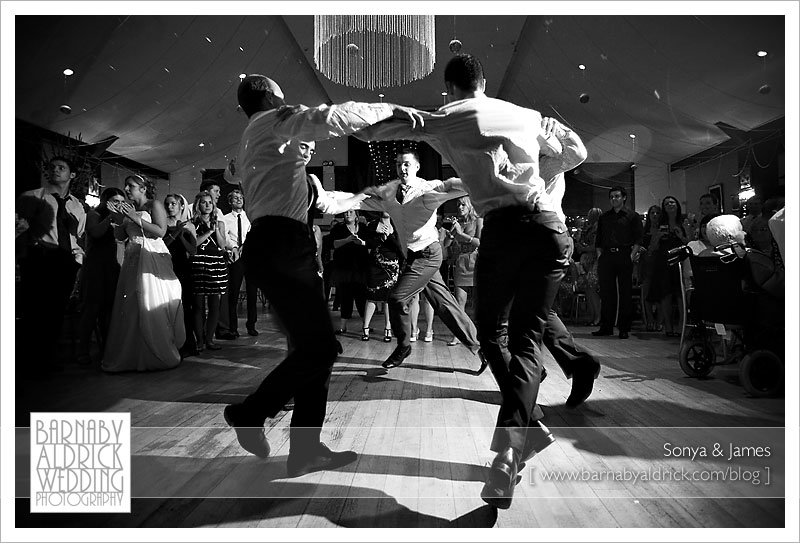 And even better, Mark is a trained Ukey dancer!  So no doubt he’s gonna be fun to watch! 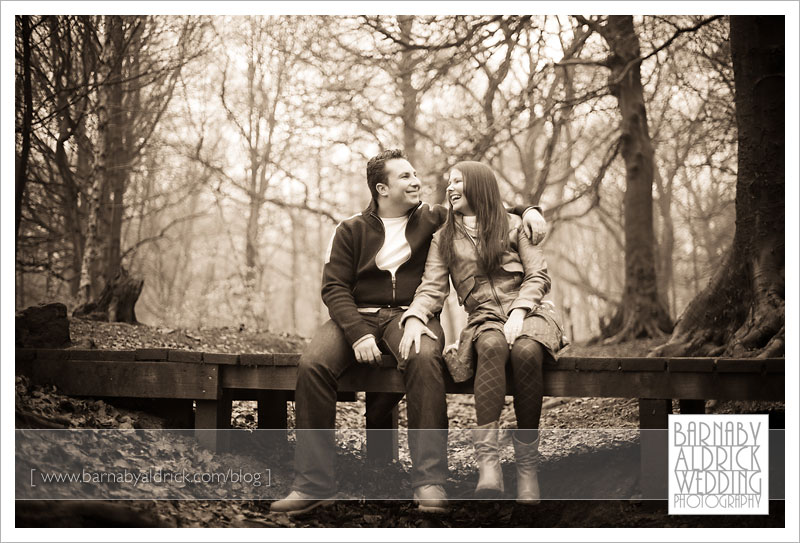 I really can’t wait!  Bring it.

ps. Apologies if I’ve described the Ukrainian traditions like a muppet – I’m working from memory here!