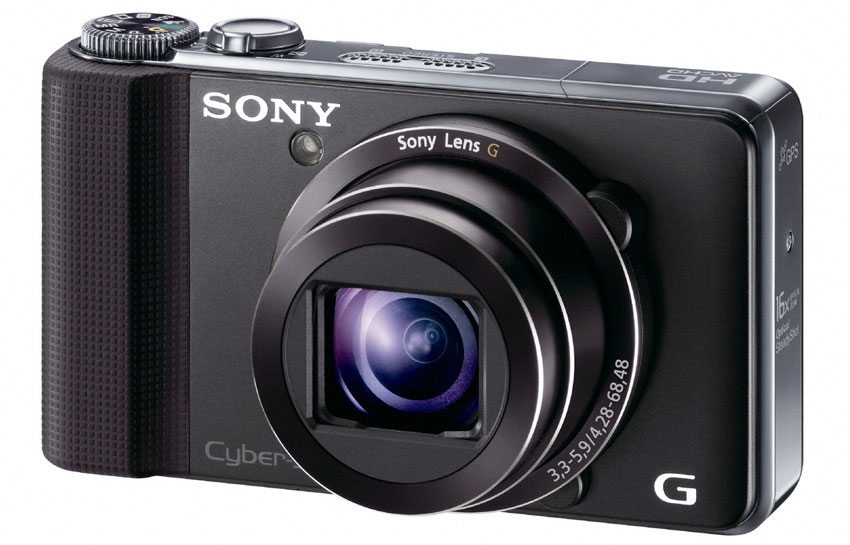 For a recent adventure to Australia I wanted a new compact camera. After some judicious research & advice from Twitter & Facebook, I opted for the Sony HX9v.  I bought it primarily for it’s crispy HD 50-frames-per-second video, and shot a whole bunch of footage that I chopped into a video of the trip.  If you’ve not seen it (and shame on you!) check it out in on Vimeo.com here or if you’d like a bit more behind the scenes (ie. geeky chat), check my blog about it here. 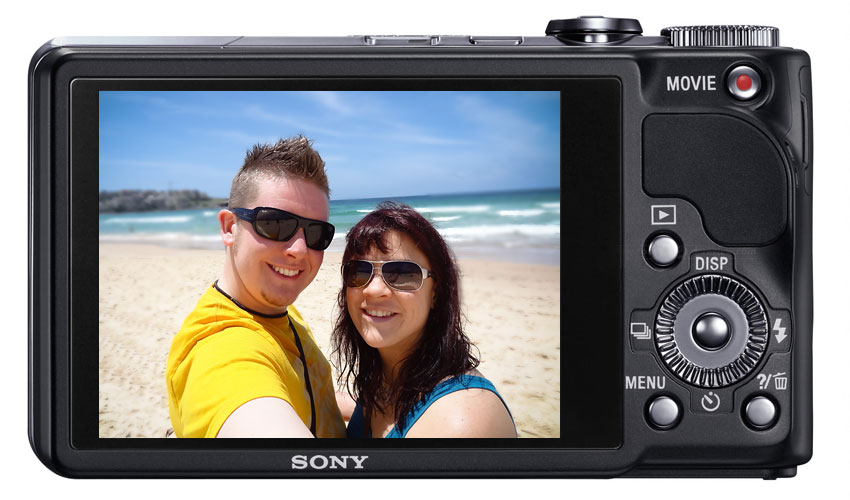 Not only did it sport a competent 16x super-wide zoom-lens, a decent sensor and brilliant video with impressive image stabilisation, I was also really impressed with many of the photographic features.  It was bursting with fun, proficient photo modes – the standouts being the shallow depth of field simulation (as shown above), the HDR mode & the pretty mind-blowing ‘Sweep Panorama’ mode.

I ended up with so many highlights to show, that instead of blogging them all at once, I’d start with a few of the cunning ‘Sweep Panoramas’ I captured, which are literally taken by sleeking the pano mode (standard, wide or high res) and turning the camera from left to right (or right to left, or even down to up, if you’re feeling saucy!).  There’s some jazz about it on the Sony site here, but basically, as you wave the camera it stitches together a high-speed burst of frames into one extra wide panoramic image. The Sweep Panorama HR (High Resolution) mode can even create monster 42.9 megapixel images!

As panorama’s generally look rather unremarkable at a mere 800 pixels wide, I’ve made it for you fine readers to be able to click on the images to see them at twice that size in a new window.  Click it & see!

One of the first ones I captured was from the South end of Bondi Beach, where we stayed with our pal Al.

I held a small polariser I bought specially in front of the lens as I did so, to dramatise the blue sky & take the reflection off the sea.

Here’s an HR one from the Sydney Harbour Bridge.  You shoot the HR ones with the camera in a portrait format, to soak in all the detail.

[Remember you can click on em to see ting in big]

Under the North side of the bridge was a cool park, where it felt awful New Yorky.

We had some champagne with Alex at the revolving ‘360 Bar and Dining‘ up on the 88th floor above the CBD, taking in the bridge and Opera House

Even in low light it created a sharp image.

Where we were staying was near the Brokenwood vineyard, by this beautiful still lake

Here’s a snap from Fed Square in Melbourne. 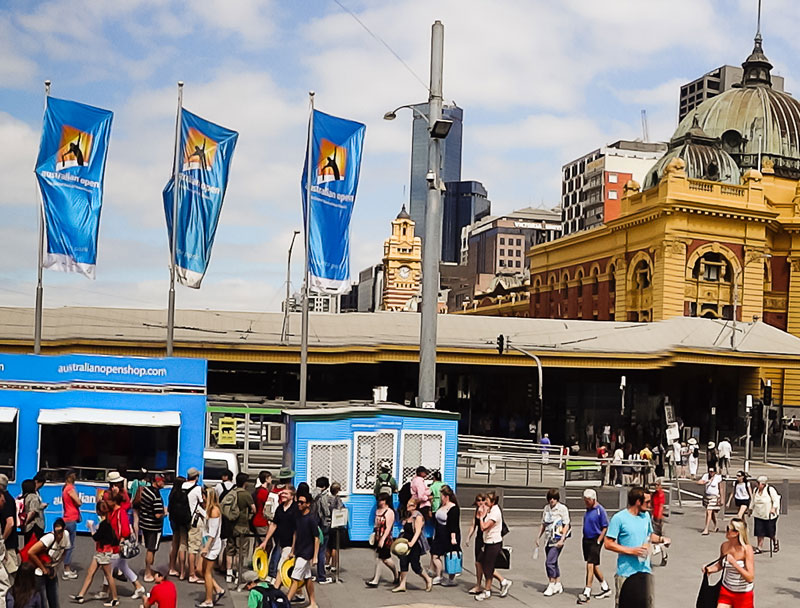 The panorama’s aren’t always perfect, and can their knickers in a twist on busy areas, as see on this 100% crop of the Fed Square shot above.

But it’s generally pretty incredible how it stitches such a lot together, as seen above at the Australian Open in Melbourne

Some of my fave panos were shot on our visit to the worlds biggest sand island ‘Fraser Island’, where we bezzed about up and down the beaches in a big Dave’s 4×4 and did a spot of camping.

This images shows the ferry over to the island.

A viewpoint up above the deepest lake on the island, Lake Wabby

Climbing the dunes for lunch after a dip.

Eli Creek – a freshwater stream you can wander up and float back down!

Looking disapprovingly at one of Fraser’s less spectacular brown lakes…

I loved this one of a reflecty cloudscape in the wet sand. 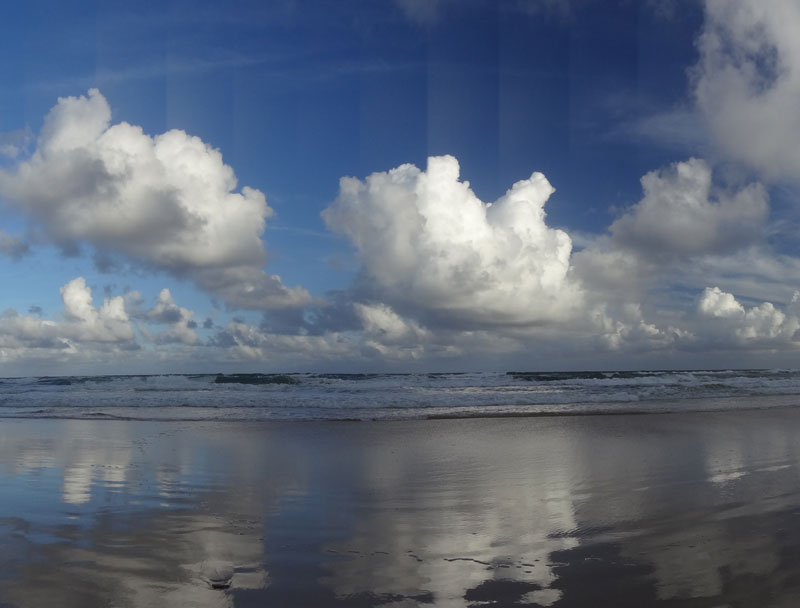 A close up of the original file of the reflecty image shows some irritating banding that I had to clone out in photoshop.  Occasionally I saw it in images (and generally shot a few of each just in case), but it gives you a hint as to how the panorama is stitching narrow strips together.

A final one of us beached in freshly blown in, soft dunage!

As the tide came in, Dave dug out about a tonne of sand, while I braved dingo country rounding up logs, and the girls ran about 5km back along the track to round up help.  Eventually the girls returned with a chap with a monster truck to tow us out!

So don’t get me wrong, the camera not only got stuck on some of the panoramas, but also had some annoying handling weaknesses.  The main being it is   S  L  O  W   to turn on, has a mac delay before rolling video and is comedically slow to zoom in on JPEGs in playback.  Plus there’s was no option to shoot RAW, but I don’t generally expect that on the consumer end of compact cameras.  At the end of the day, at under £300 the HX9v offered some pretty serious bang for ones buck.

As always, it’s in the eye as much as the toy, but the proof’s in the pudding – the HX9v captured some stunning stills and video!

The downside is that I’m now eyeing up her fitter big sister; the mirror-less, interchangeable-lens Sony NEX7 – which with the right adapter, I can strap on my canon L-series lenses!  50 1.2 anyone?