This is the second of of two blogs about a day I spent with Leeds-based muso/mentiles Hope & Social at their Big Red Button: Winter Warmer.  If you’ve not read the first already, start here 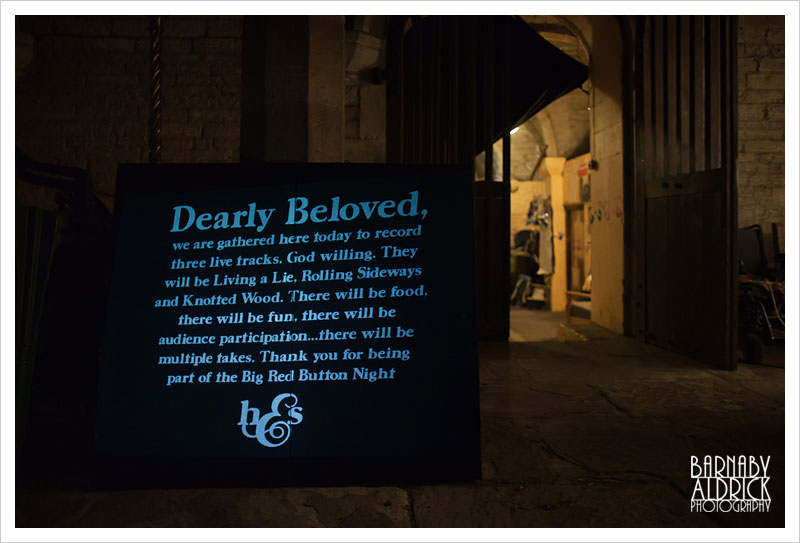 With their intentions spelled out on a board outside the evening’s ‘Big Red Button: Winter Warmer’ turned out to be fun indeed. 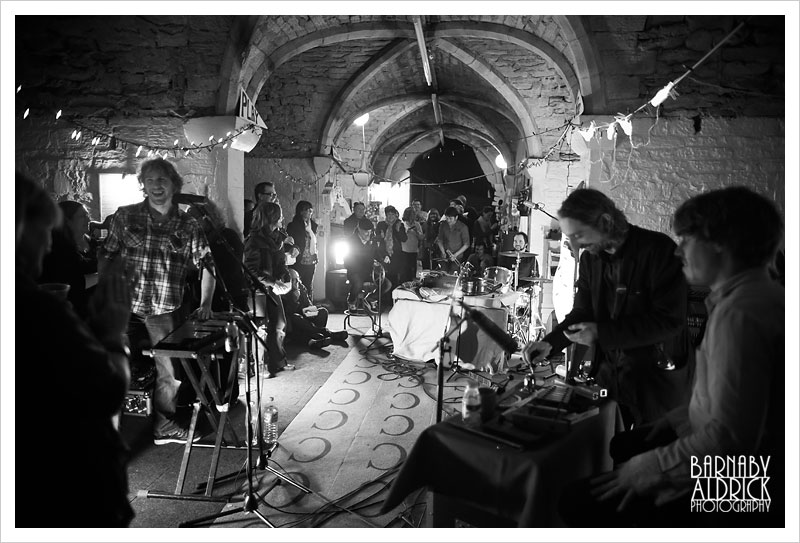 It’s always pretty special watching a band in the studio, and Hope & Social’s studio is itself rather amazing.

Named ‘The Crypt’, it’s a space they’ve used for years, beneath a church in Liversage. 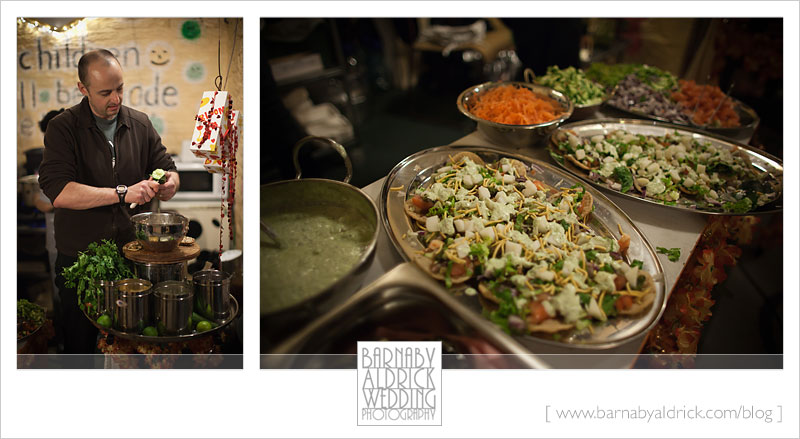 The event was also delicious, as Manjit’s Mobile Kitchen provided stunning, unusual curried goods for all and sundry 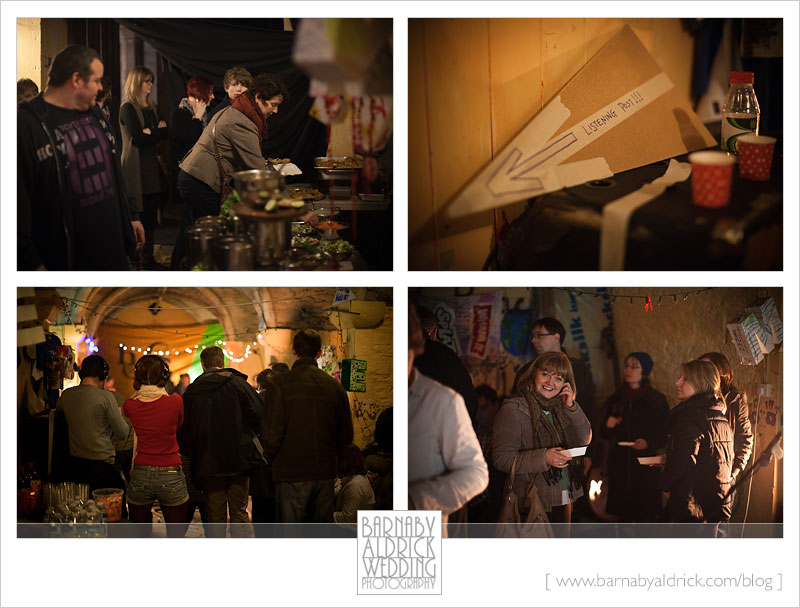 After guests had mingled, fed and found their spots, the recording began.  Revellers were able to put on headphones at listening posts, to hear a semi-mixed feed of the band’s live recording! 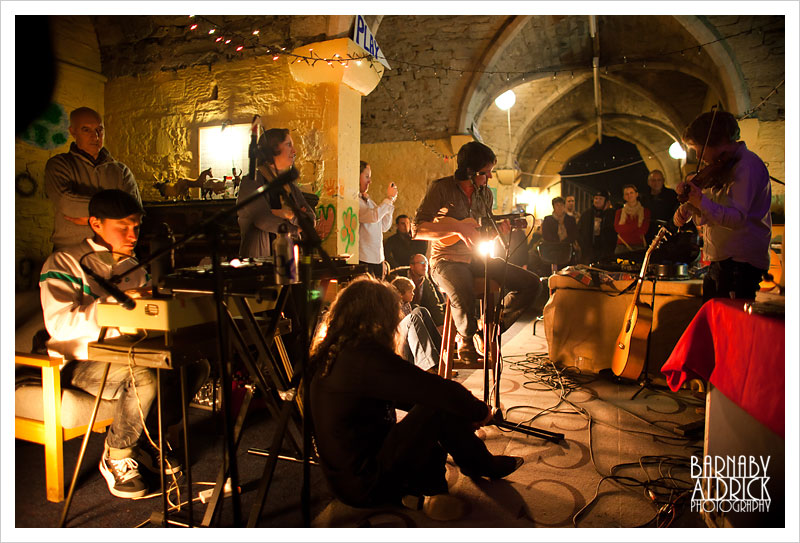 The studio’s a fantastic blend of being both spacious and intimate at the same time.  It’s also bursting with ace memorabilia from past H&S events. 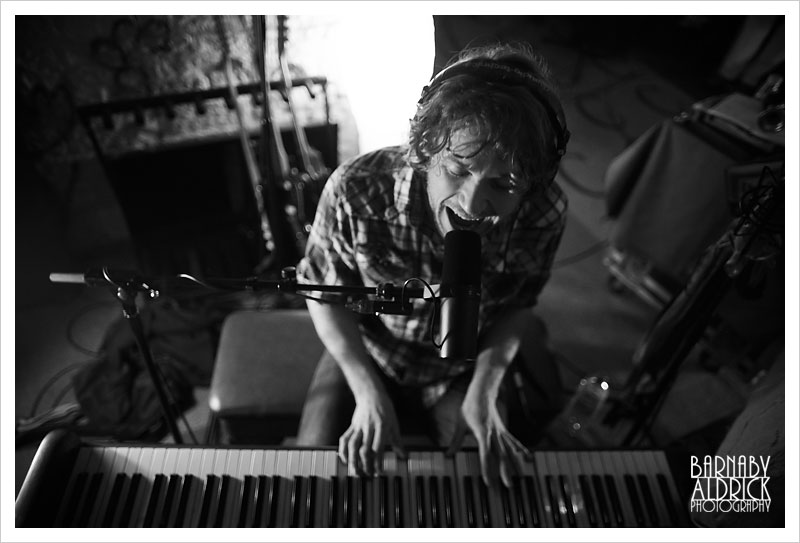 As usual, they just let me scooch around the place to document the action; like this one of Simon from behind the piano 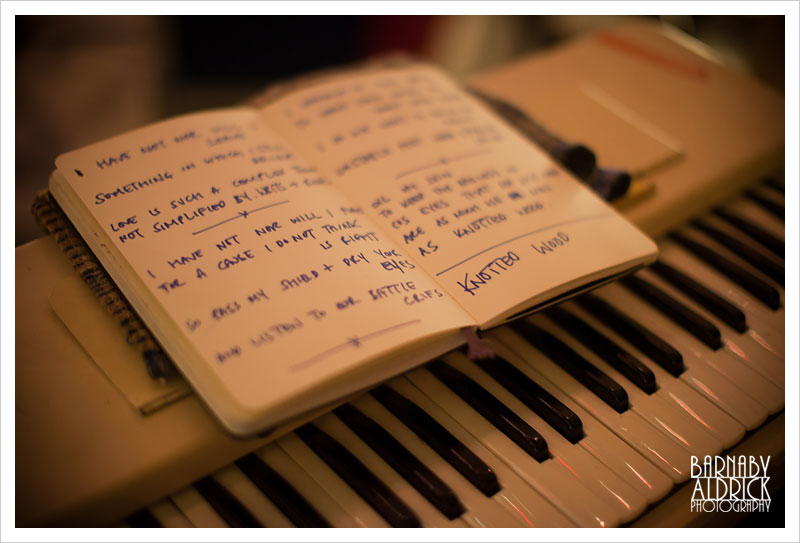 It’s always fun capturinging the details dotted about the place 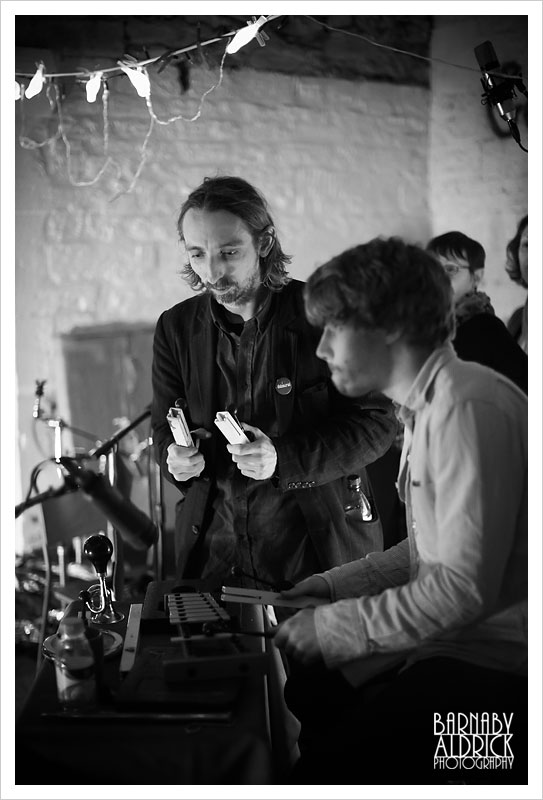 All manner of instruments were implemented into the re-recording of their old classics. 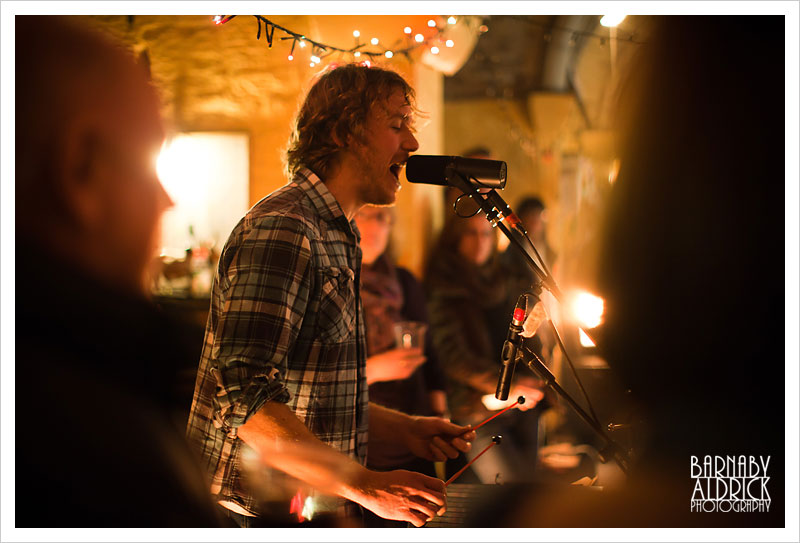 Though ukulele’s and glockenspiels did generally play a starring role 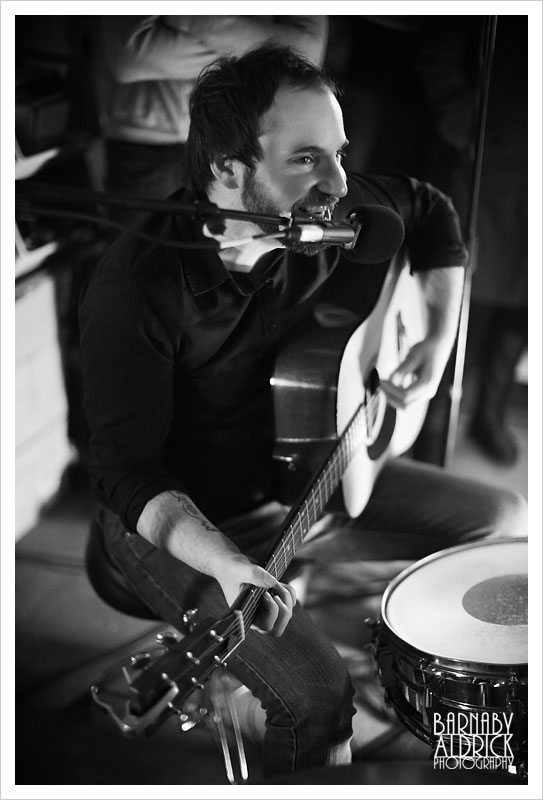 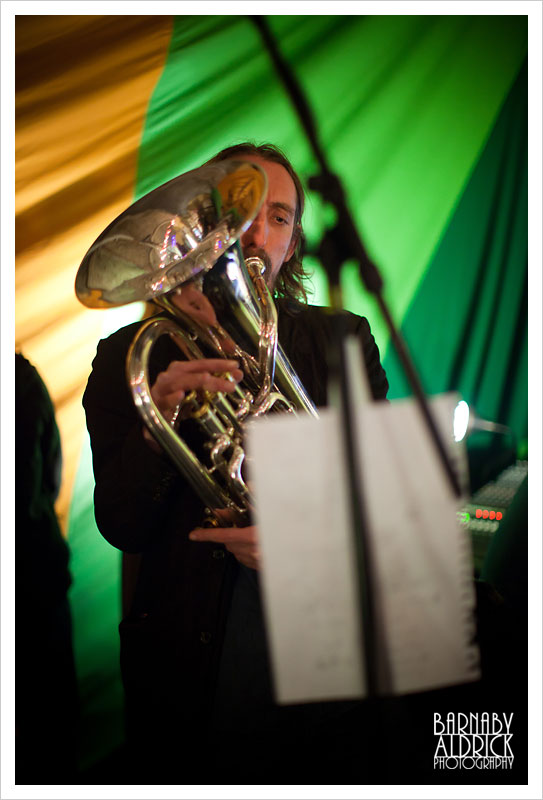 … and Ed even had a bash at the Tuba.

At least I think that’s what it is. 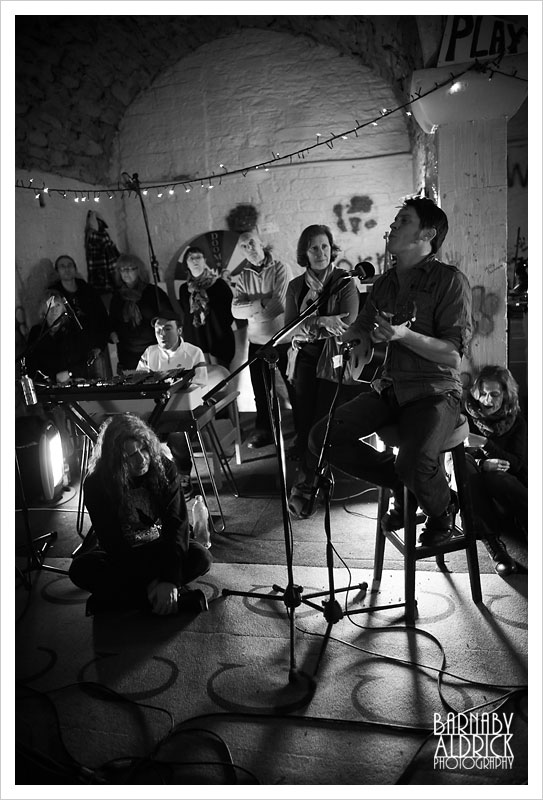 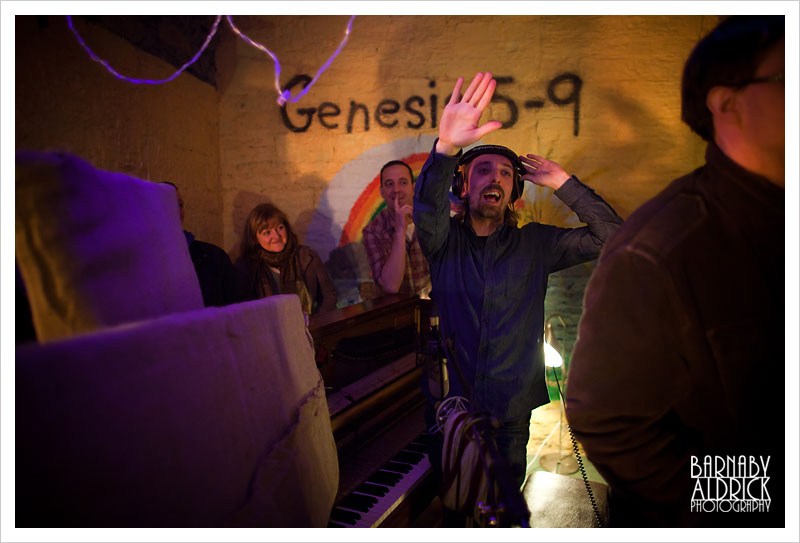 We did enjoy the way the guys switched from their ‘natural’ instrument to bring a new flavour to to old songs.

It was especially apparent at the hugely entertaining Winter Warmer gig (play-listed on YouTube here if you’ve not yet had the pleasure) that not all took to their new instruments like ducks to water.  But that’s one of the appeals of Hope & Social, that they genuinely enjoy themselves on stage. 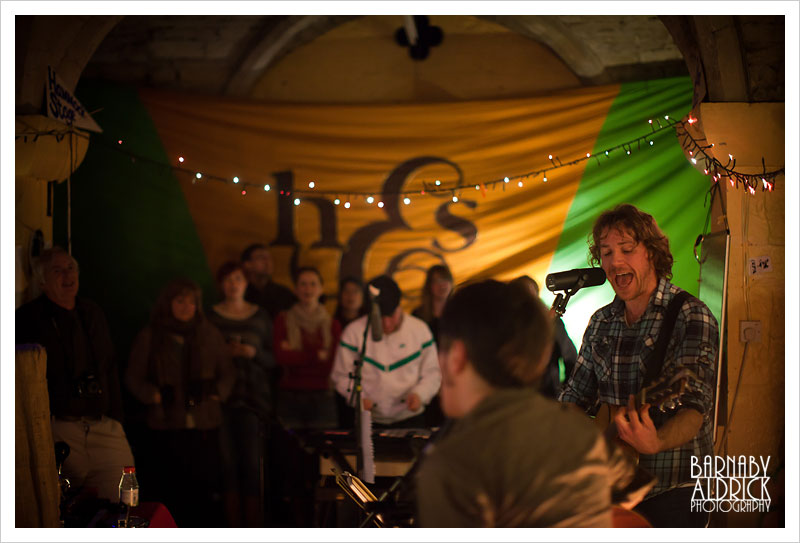 Not much to say about this one apart from I rather like it. 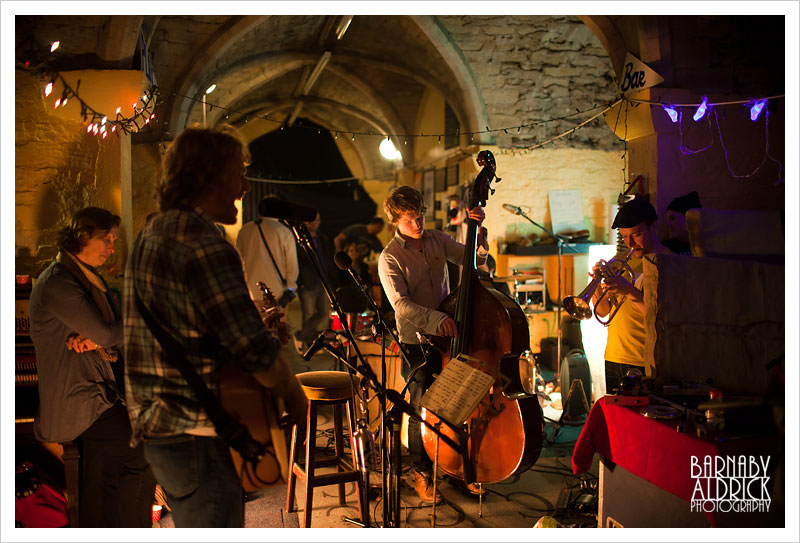 After the gig was done, they had a few minutes spare and bashed out a few un-rehearsed requests! 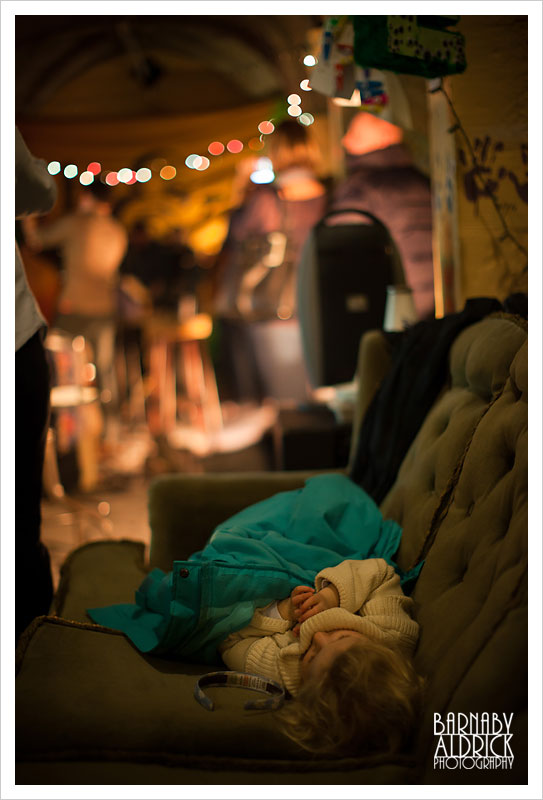 The show was superb fun for all ages (though some at the younger and older end of the spectrum tapped out towards the end) and offered an enlightening peek (literally) behind the curtain at the gothic H&S towers.

It was a pleasure to be involved, and once Ed’s done his mastery wizardry to the best performances, it’ll not only be available on the H&S site, but’ll be toured up & down this land – so keep thy peeps out for Hope & Social coming to a town near you!