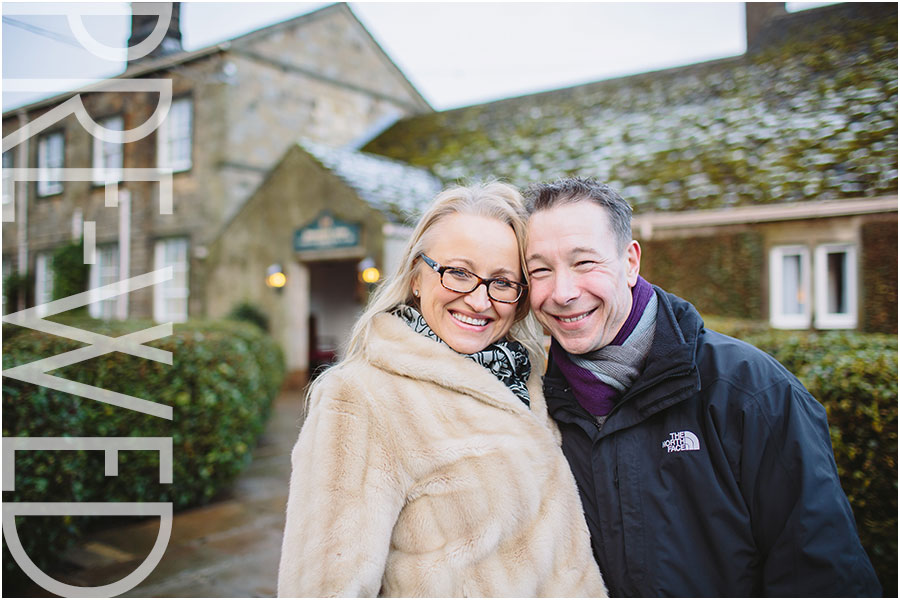 A few weeks back I heading up into the snowy Yorkshire Dales to join Andrea & Trevor for their pre-wedding practice shoot at The Devonshire Arms, near Bolton Abbey 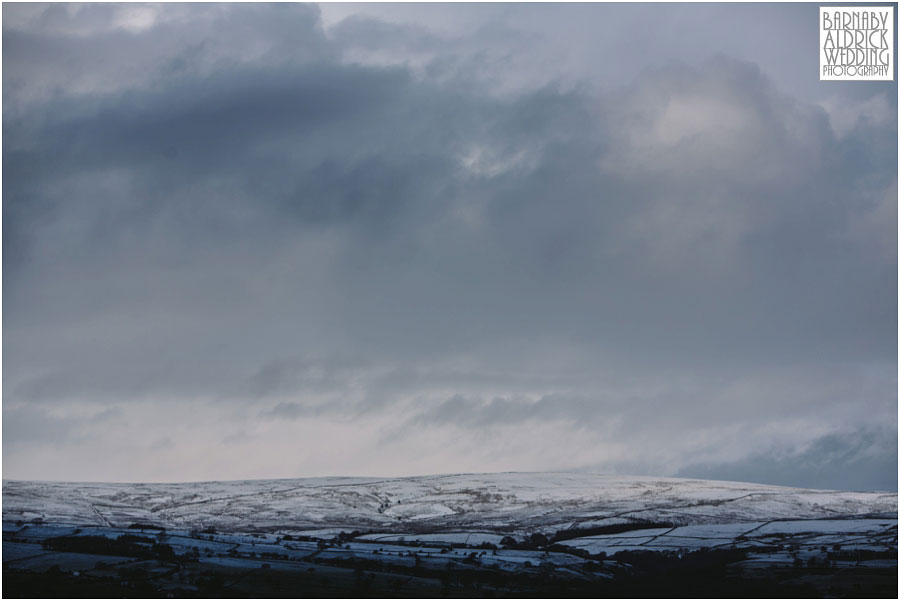 The weather was that period of Feb, where ol’Mother Nature kept dusting the hills, but never really gave us enough to sledge on… 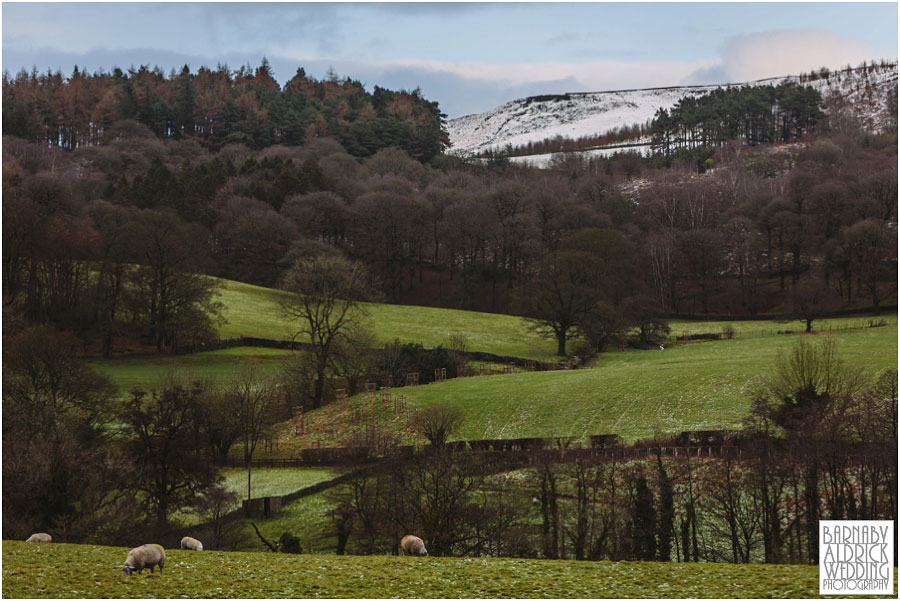 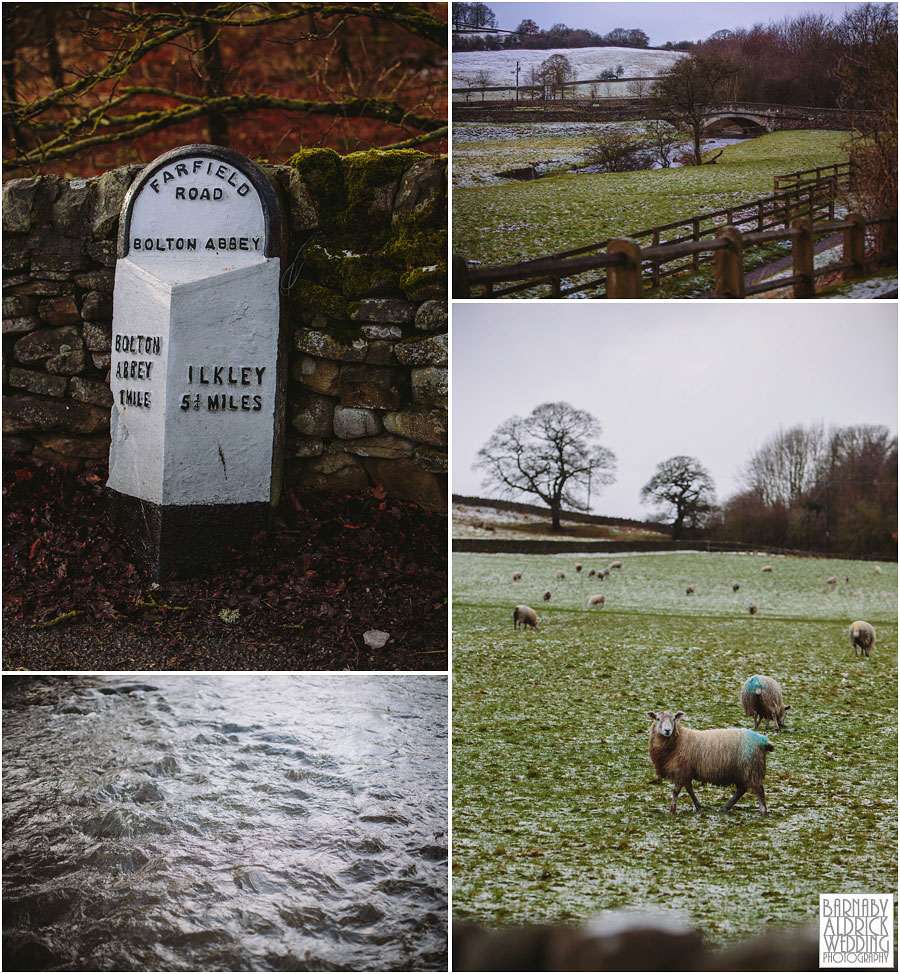 But everywhere sure did look purdy. I do love Yorkshire. 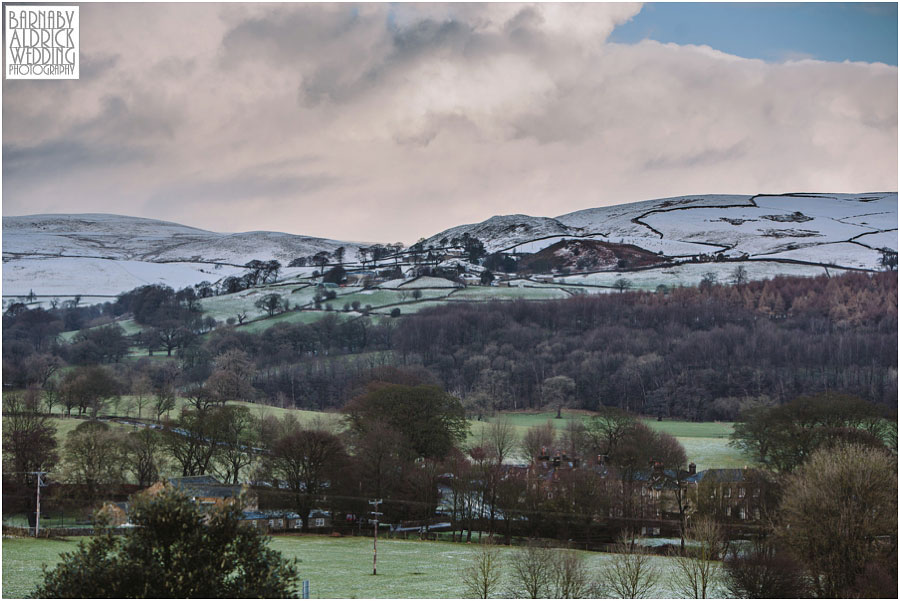 The destination was just up the road from Bolton Abbey, the Michelin Starred (ie. proper tasty) Devonshire Arms! 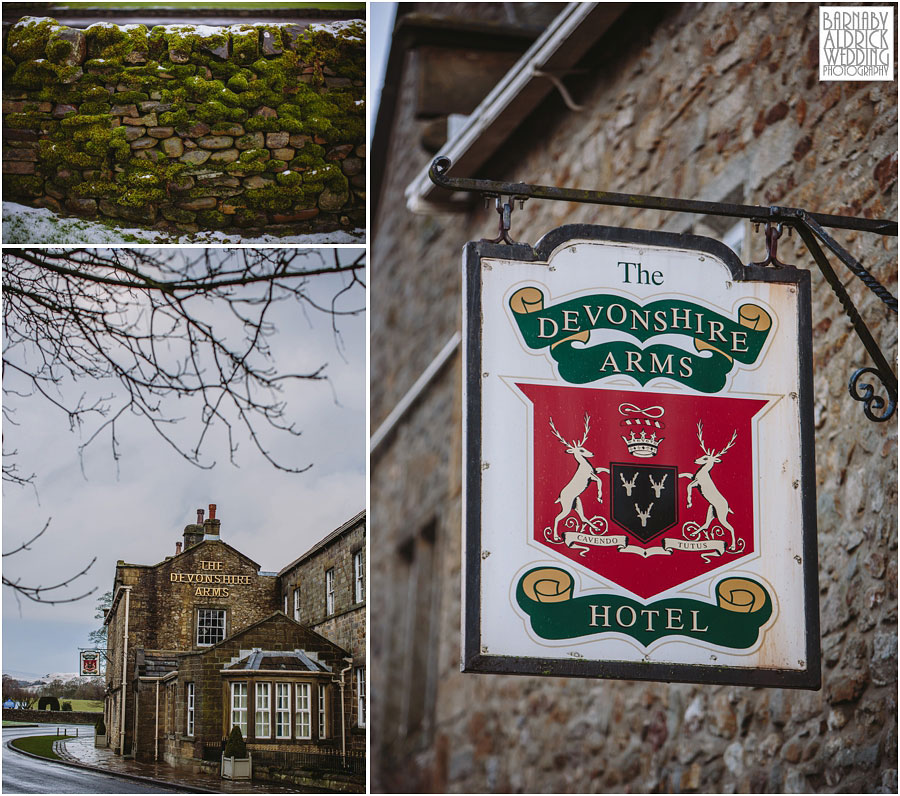 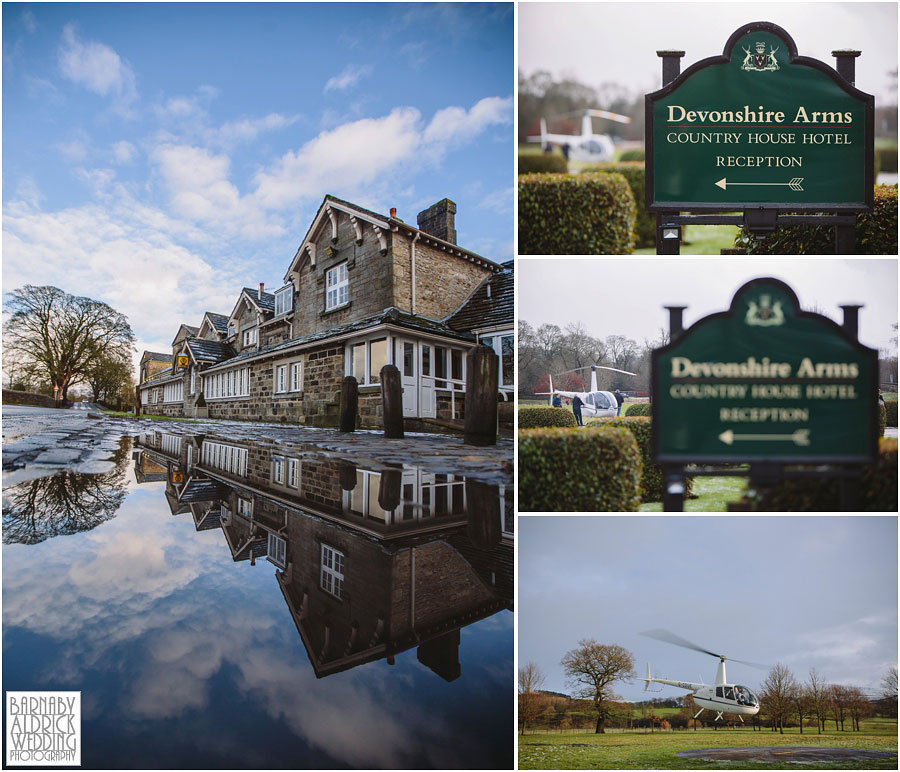 It’s a smashing hotel, with it’s own helepad! 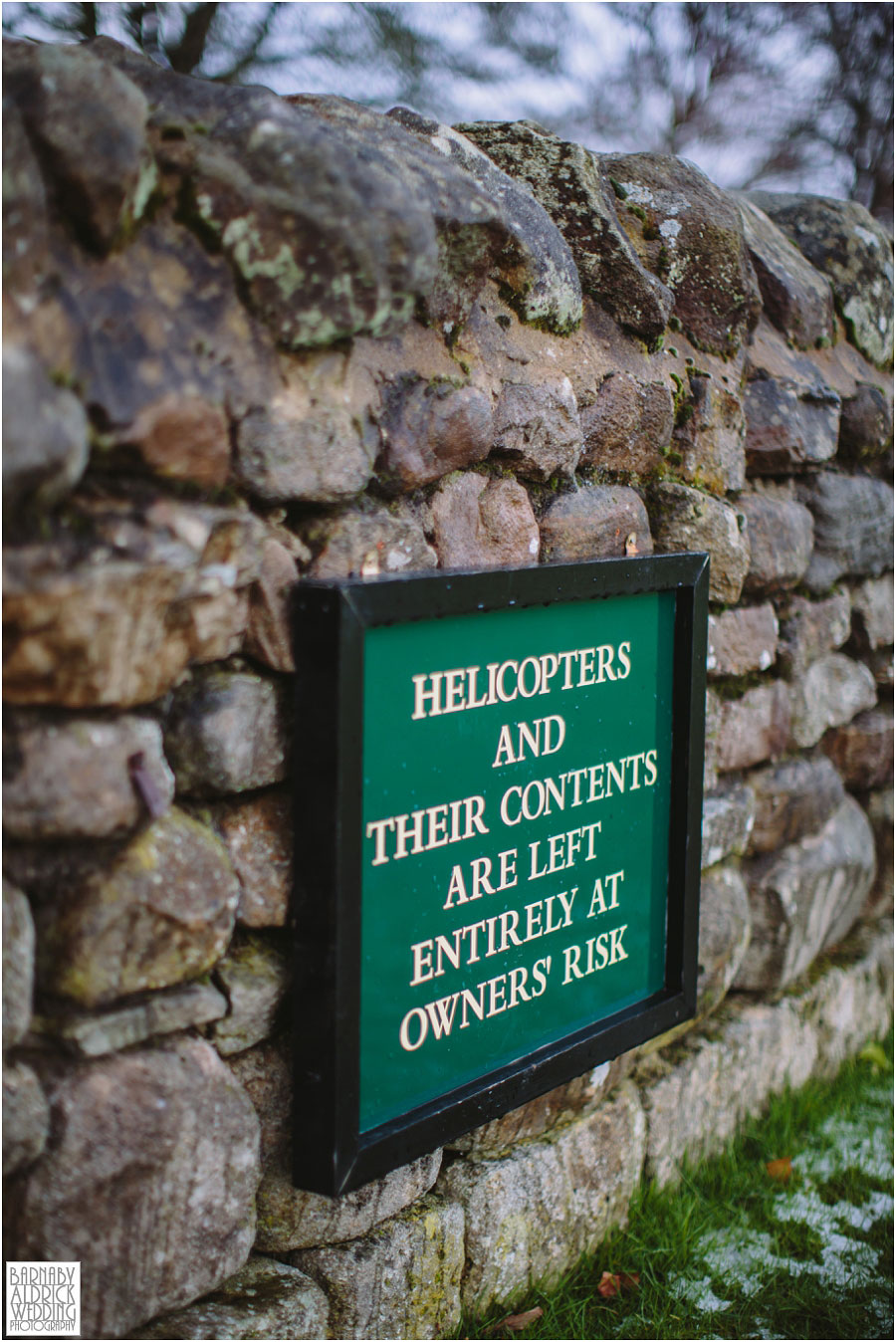 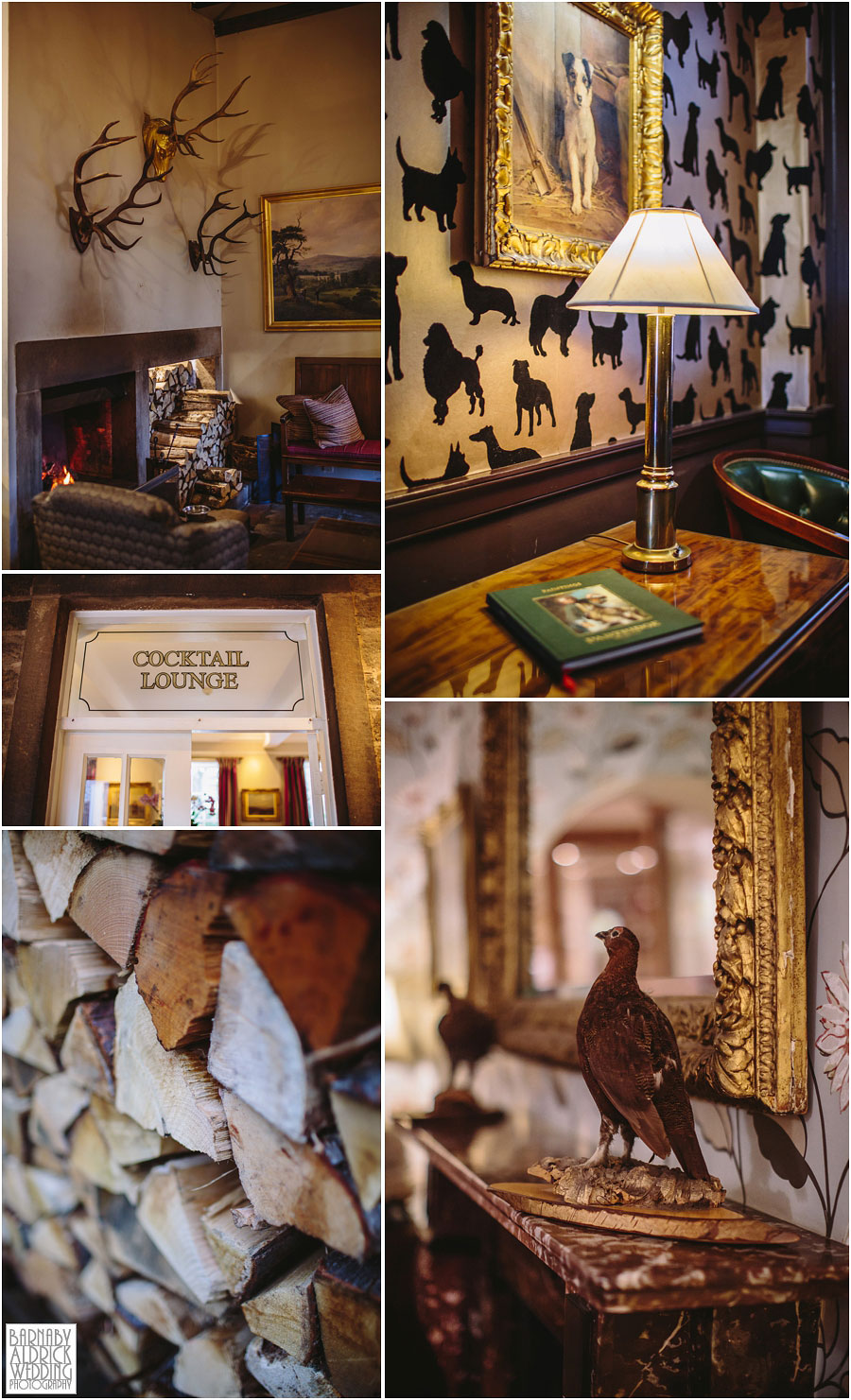 My next most fave thing about the DA was discovering the ‘Dog Room’ (above right but one), which is not only adorned with dog wall paper, statues and paintings, but is the room you’re allowed to relax with your pooch in! What an awesome idea eh?!

Anyhoo – after a good natter and catch up with Trevor & Andrea in the Dog Room, we wrapped up and took a turn out into the cold… 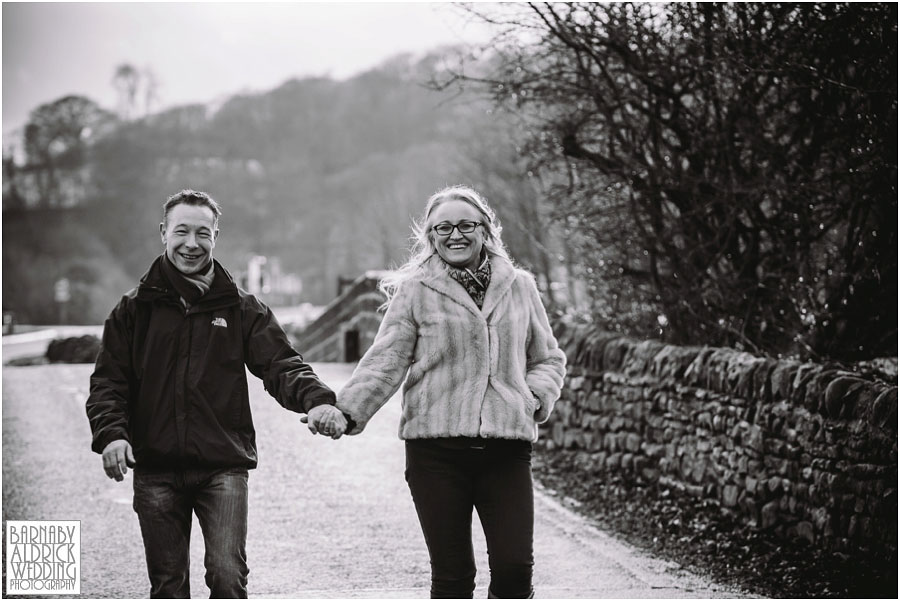 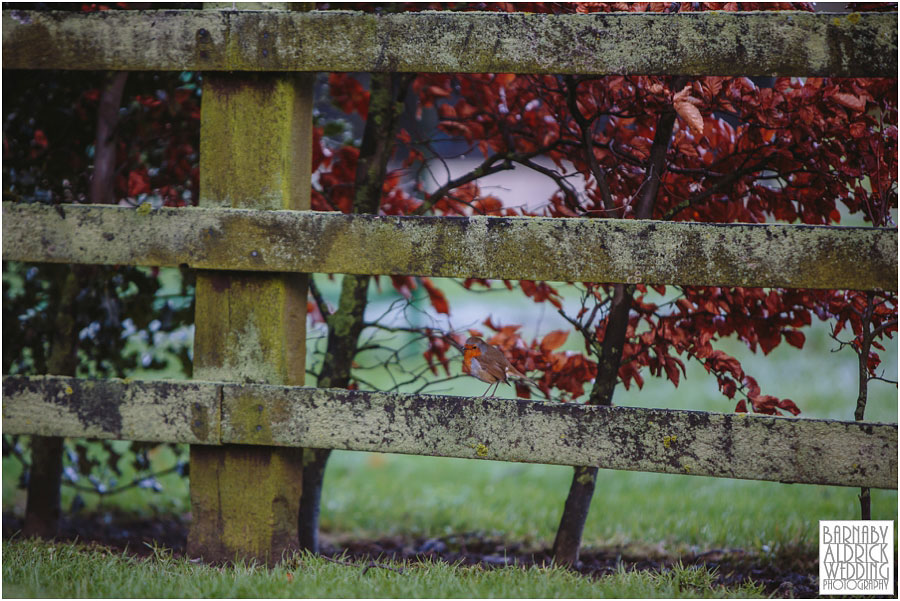 We were being supervised by this little red breasted fella. 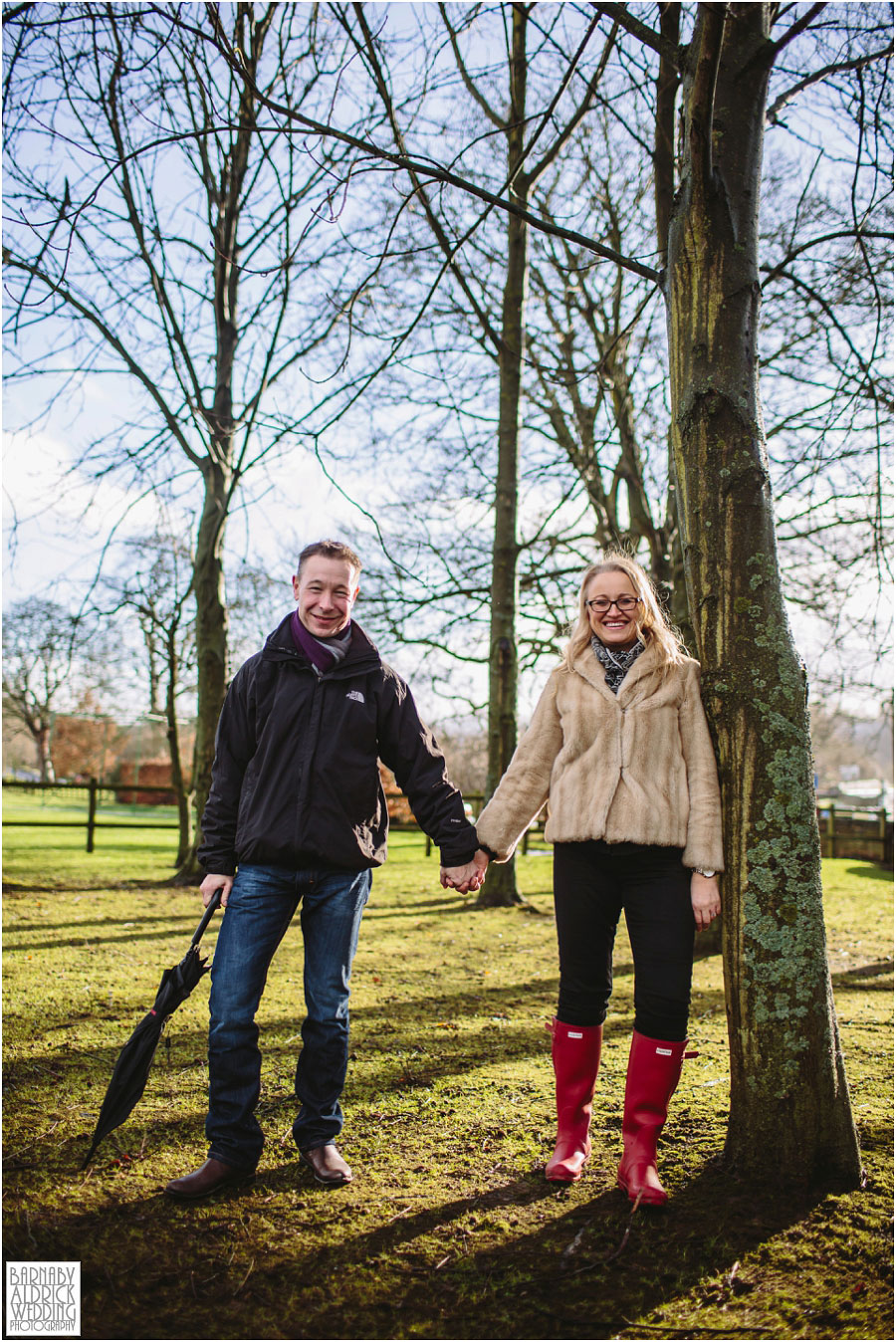 I really enjoyed the shoot.

I always do these ‘pre-weds’ to help relax upcoming couples and show them the shoot is painless and fun, and will look great in their wedding portraits. 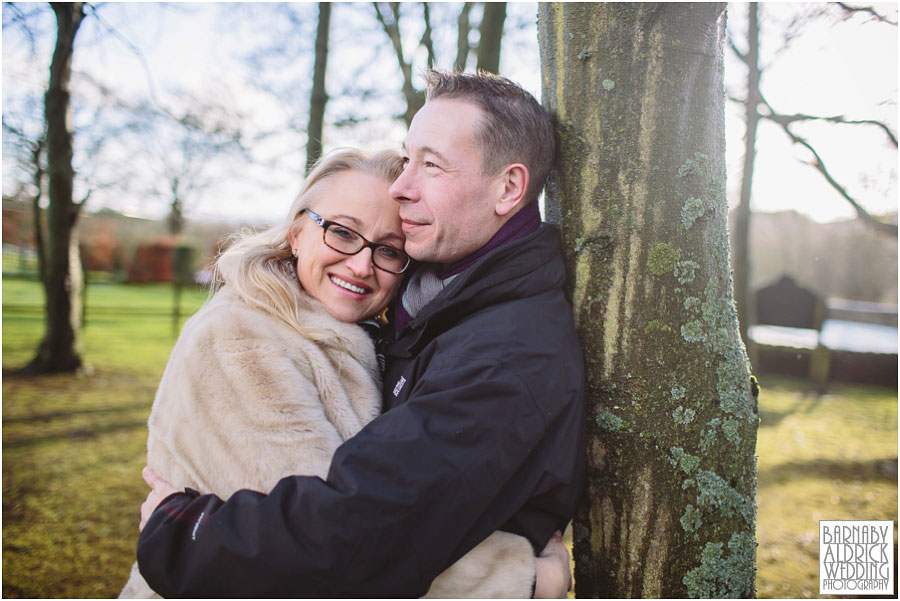 But they’re also a great idea to get to know couples and learn what makes em tick.

Turns out these guys and I share a fondness for the finest gastropubs of Yorkshire, and we did lots of swapping of ideas on great eateries. 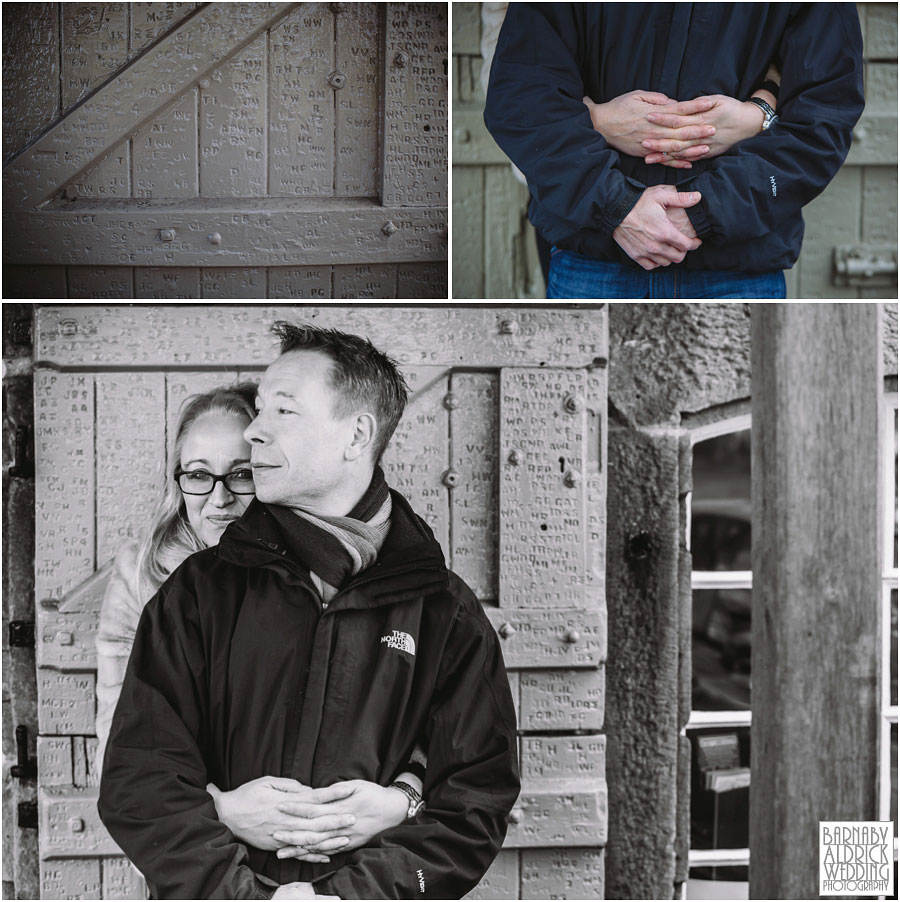 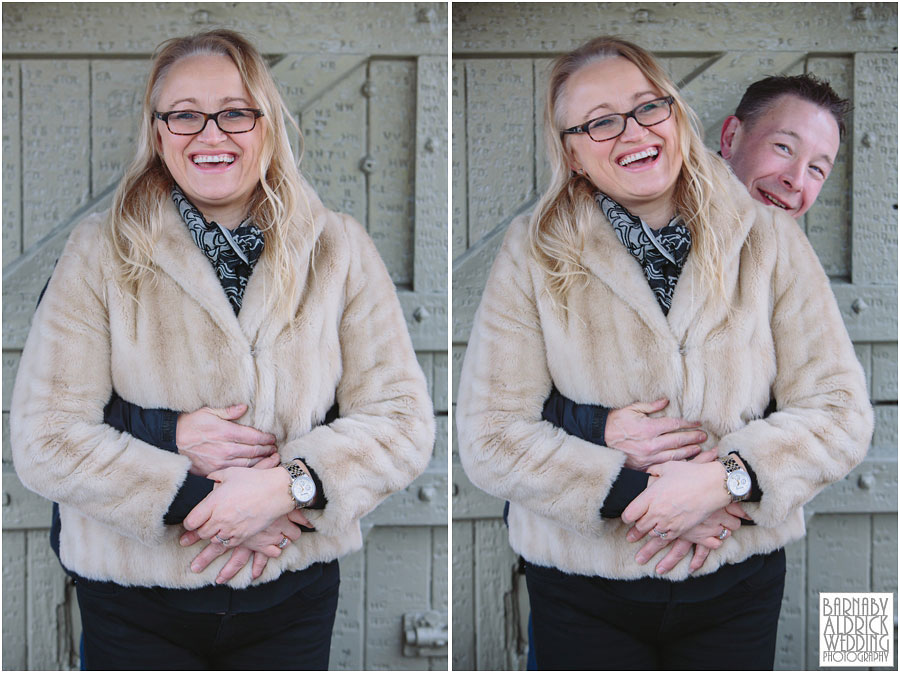 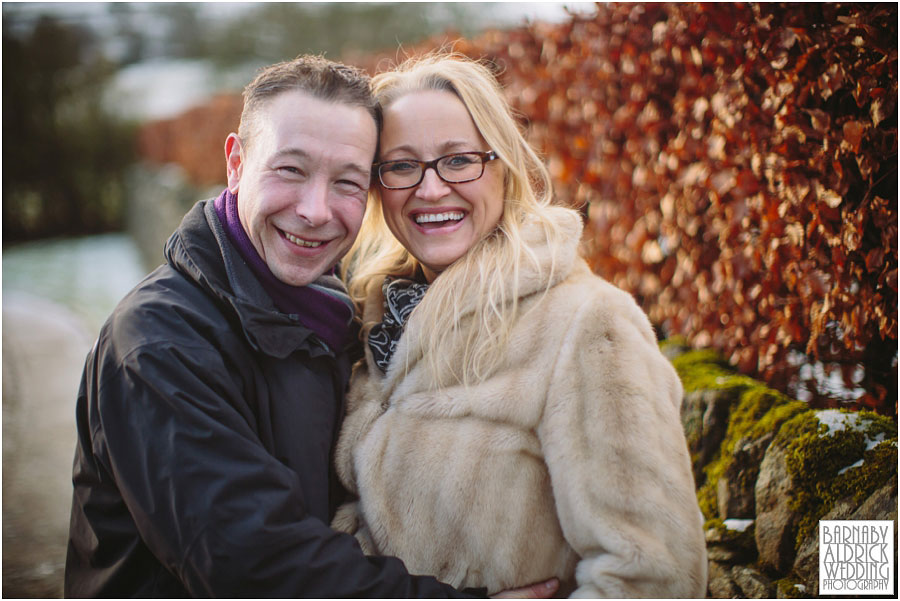 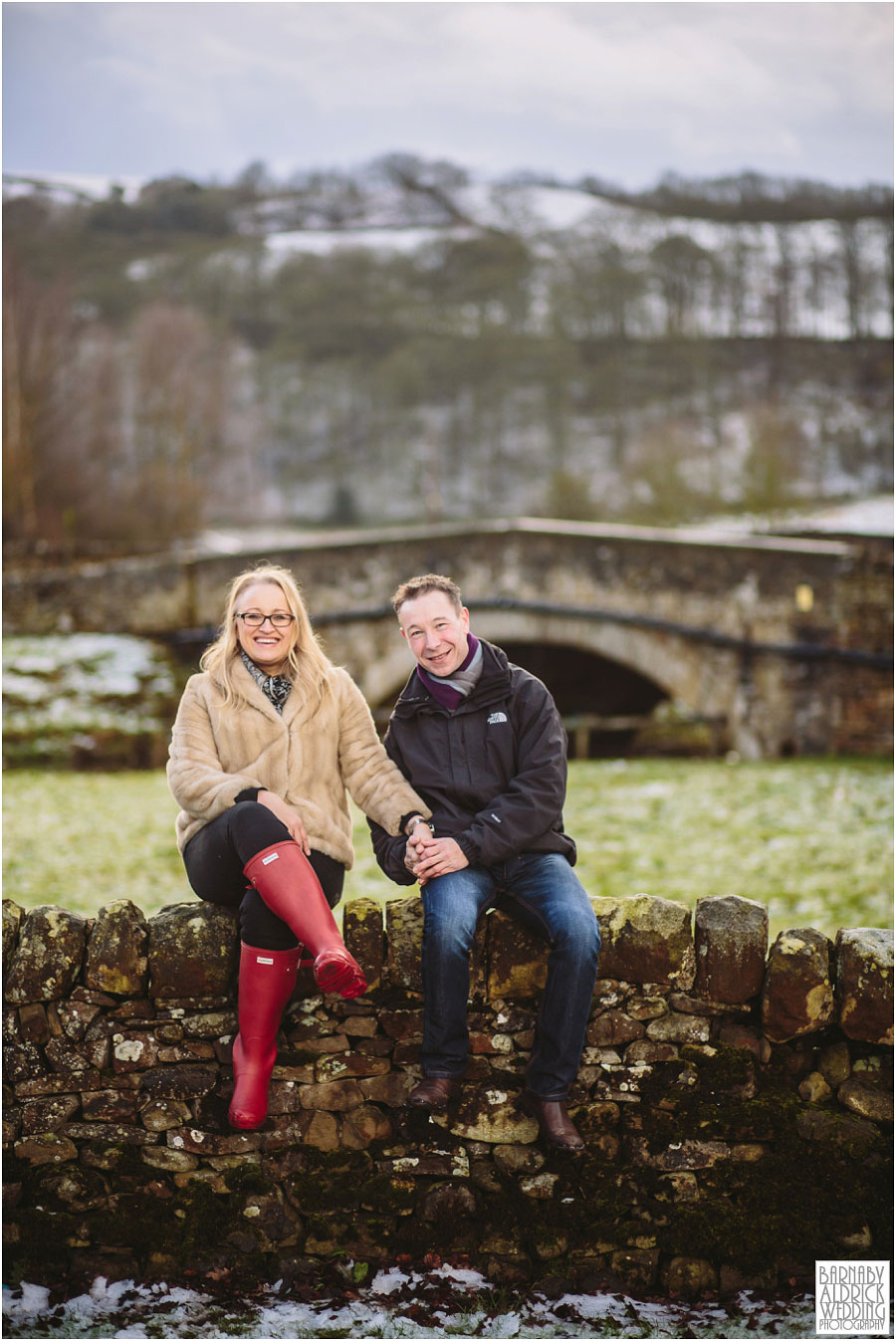 I really like this one, on a nicely traditional dry stone Yorkshire wall in front of pretty bridge 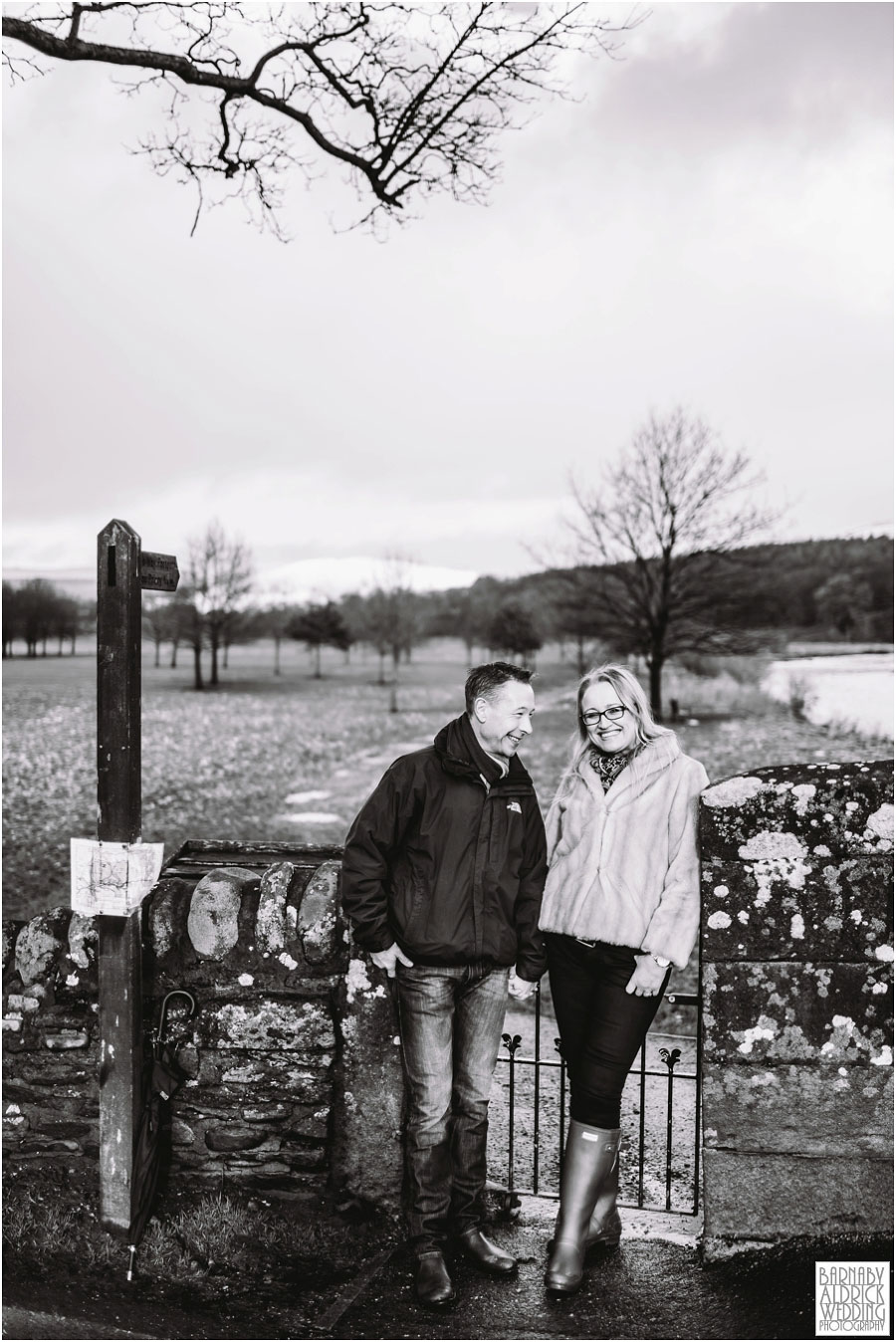 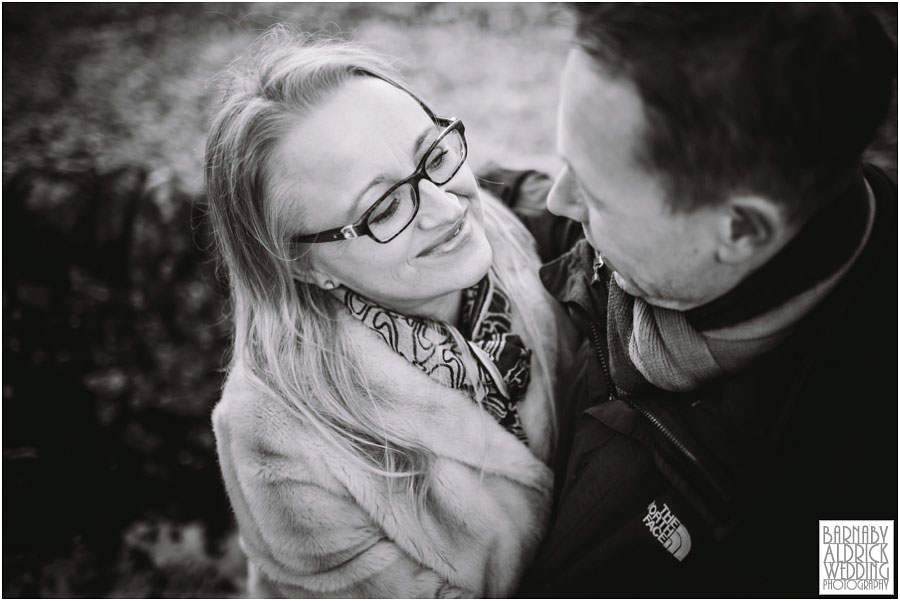 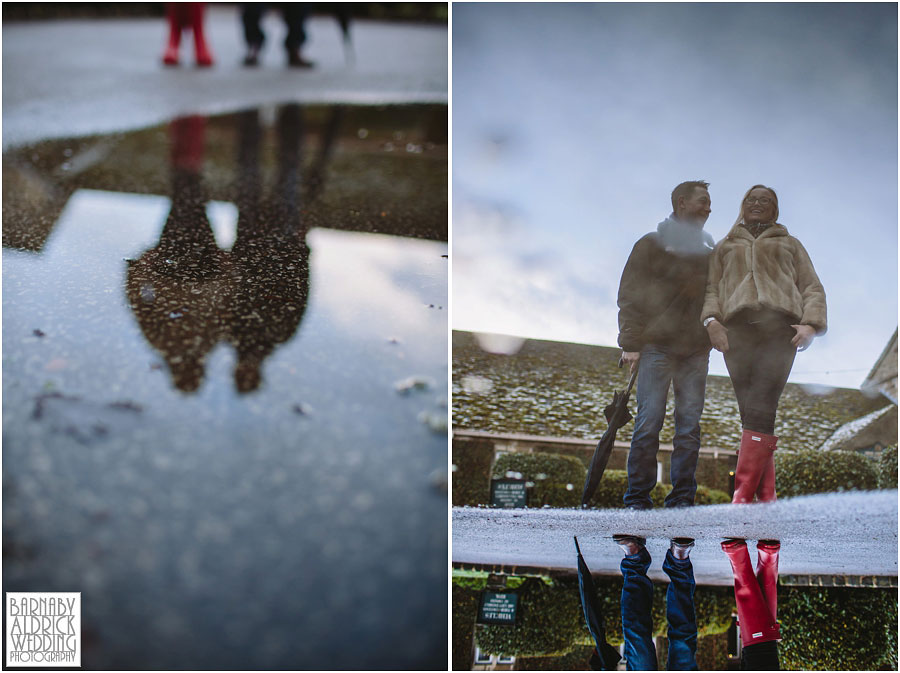 As we headed back to the hotel to warm back up, I tried a few creative ideas in a puddle… 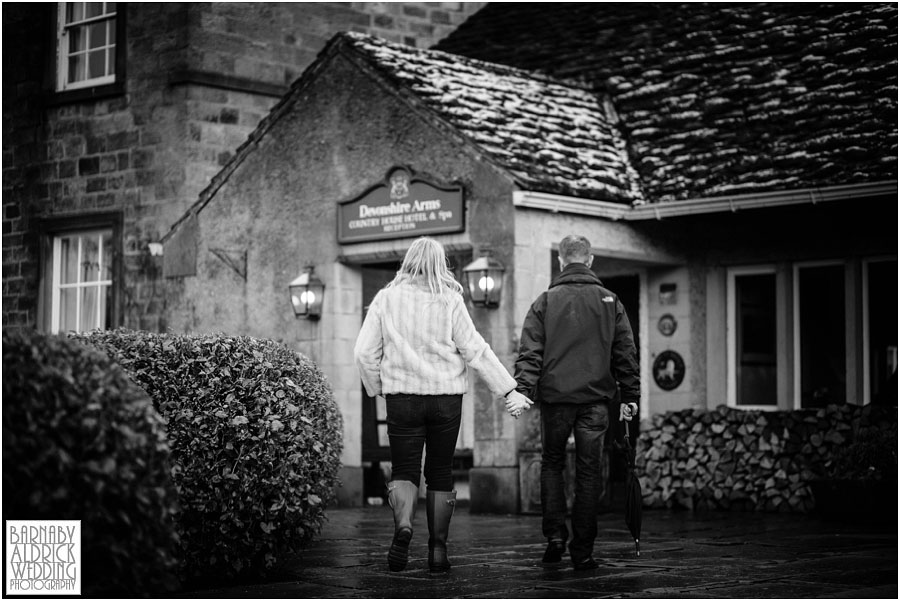 Then left em to head back in to meet the chef and talk/try wedding grub!  Arguably the best part of getting married at a Michelin Starred hotel!

Stay tuned for pics from the big day in a few weeks!