Back in October the legendary Irish muso Mark Geary brought his pals Dan Wilde, Seamus McGloughlin & Ian Bailey to Verve for a special gig in association with my Sunday Service acoustic band night.  We’ve had Mark & Dan down before and they both simply amazing.  It may have been the hottest gig ever, because as it was heating up I cranked up the bar AC only to find later I’d inadvertently set it to heat.

Not everyone was a fan of that move, but fortunately they was (if you’ll allow me to Alesha-ize my flex) distracted by the ace tunes.

Then on October’s last Sunday it was time for Octobers Sunday Service; to which we invited 3rd year Leeds College of Music student Dan McDougal with his John Mayer sound, Fay & Latta, toning back the metal for a second acoustic visit + trusty Paul Simon-like folkster & spam legend Gary Stewart.

Instead of the usual photo highlights I shot for The Sound Gallery (the music photography company I shoot bands for) I’ve made a quiz!

The rules are really rather simple: guess who’s shoes are whose. I’ve even numbered em to make your lives nice and easy! 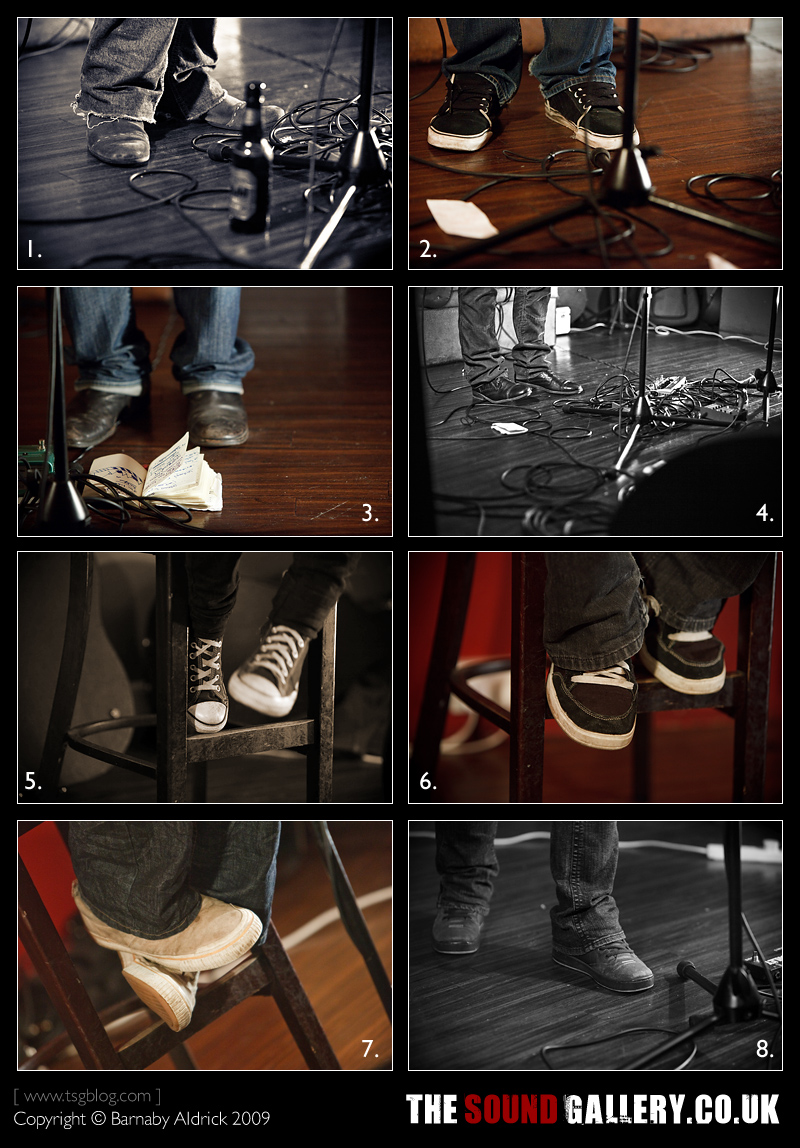 Below we have Seamus, working a fine crowd in 15mm glory 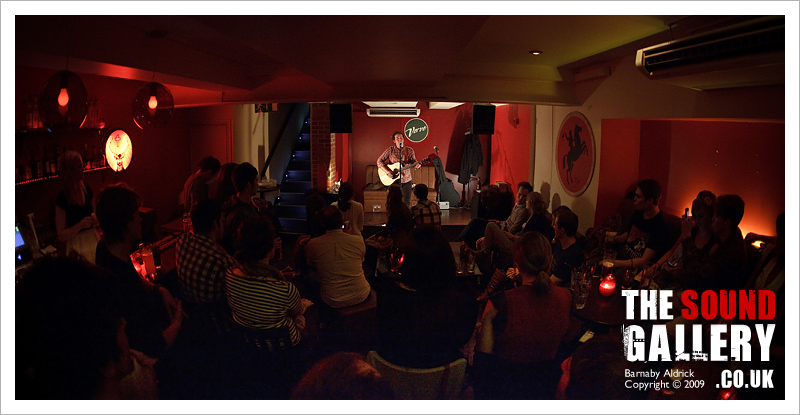 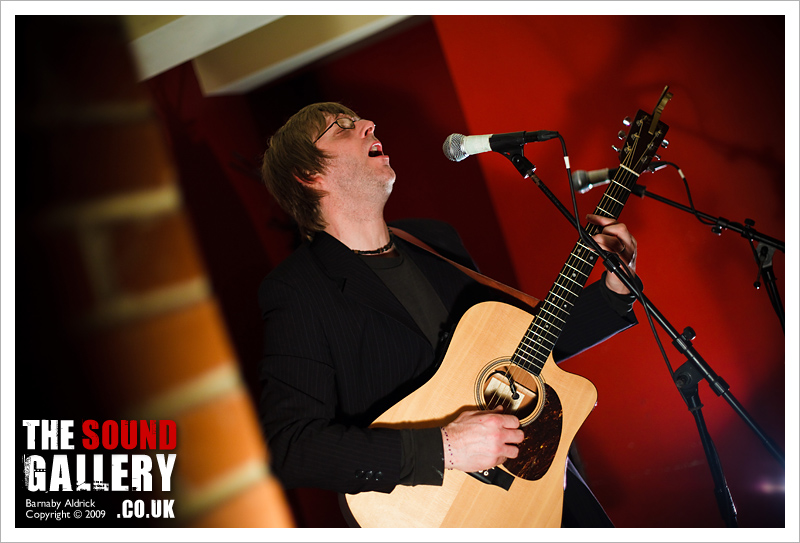 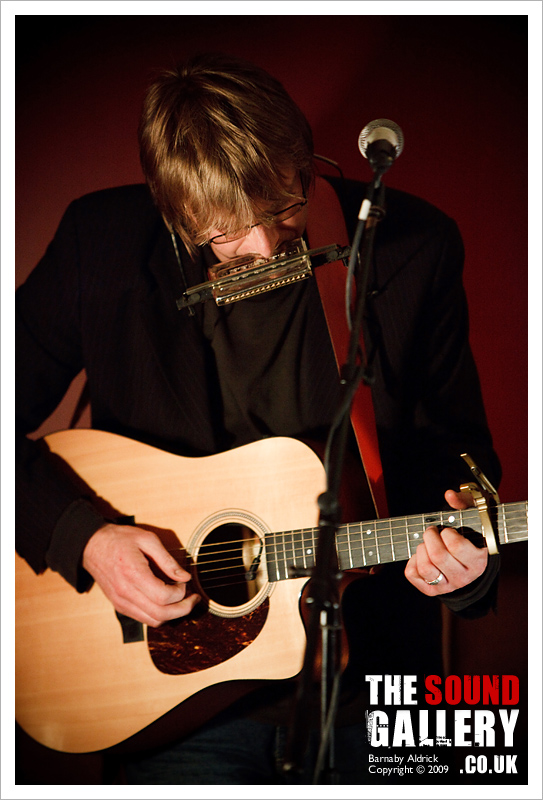 Dan Wilde (with an E) – this man is a guitar virtuoso.  Check out his myspace cover of ‘Bee’s Wing’ – it’s a beaut. 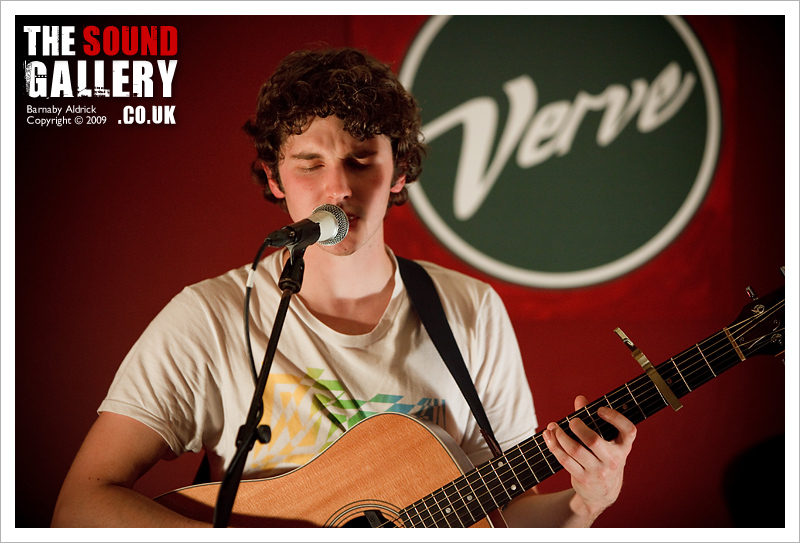 The legendary Mark Geary and his trusty guitar, Martin 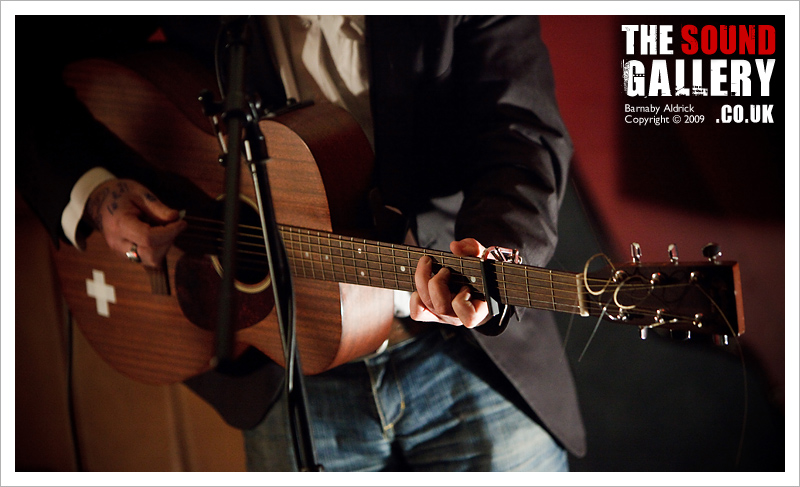 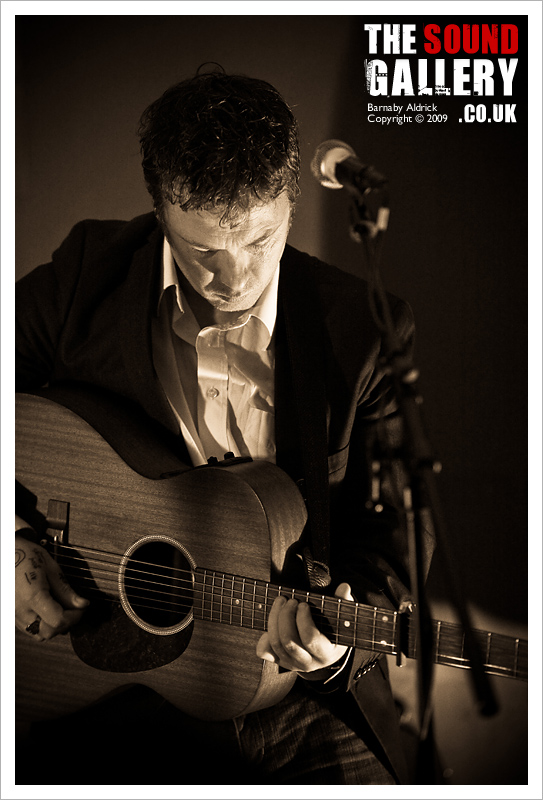 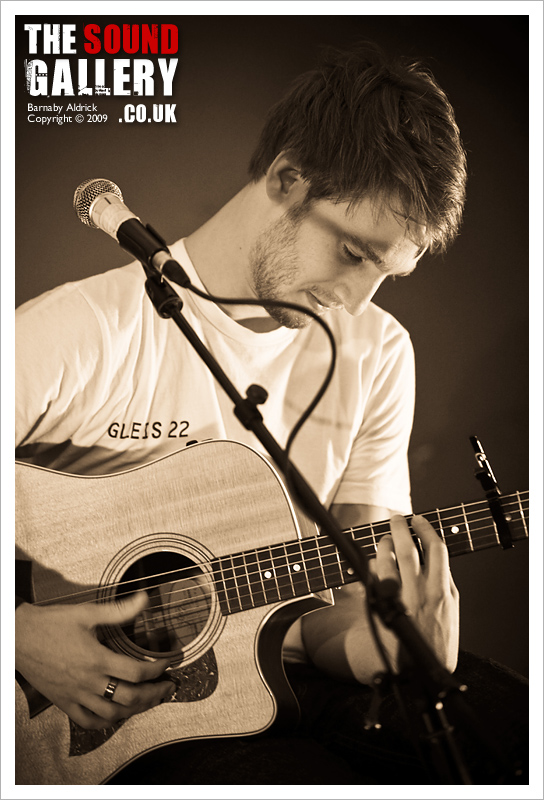 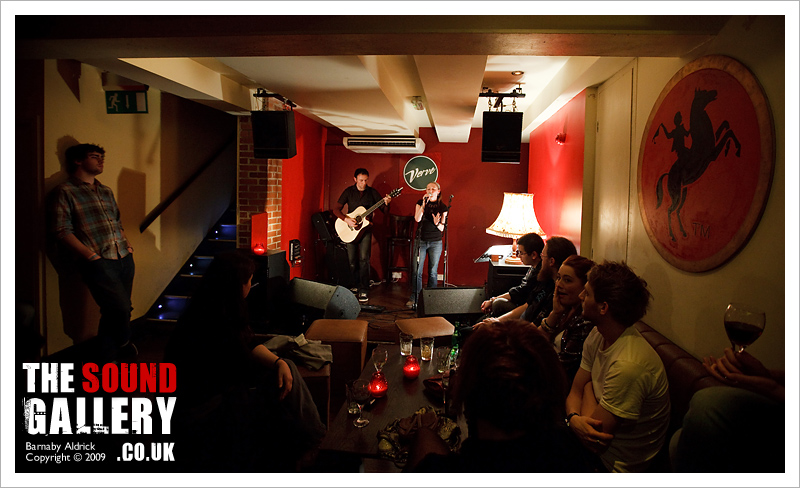 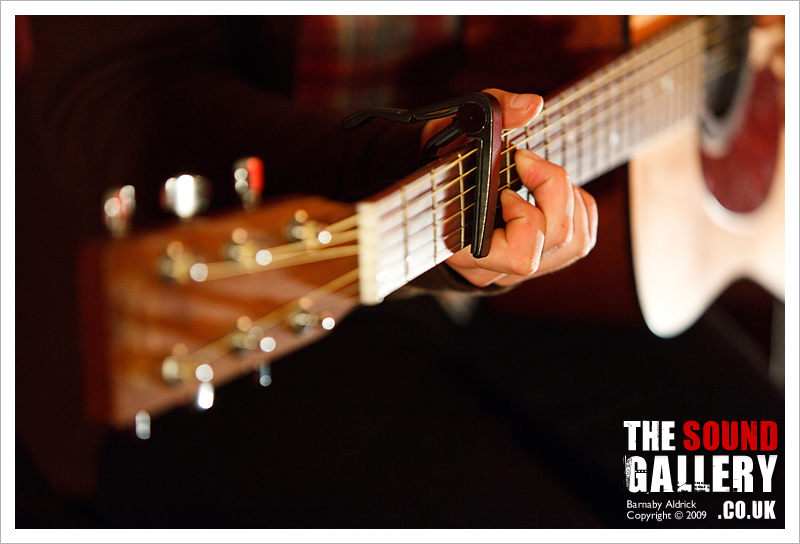 A new tune Gary dropped for us 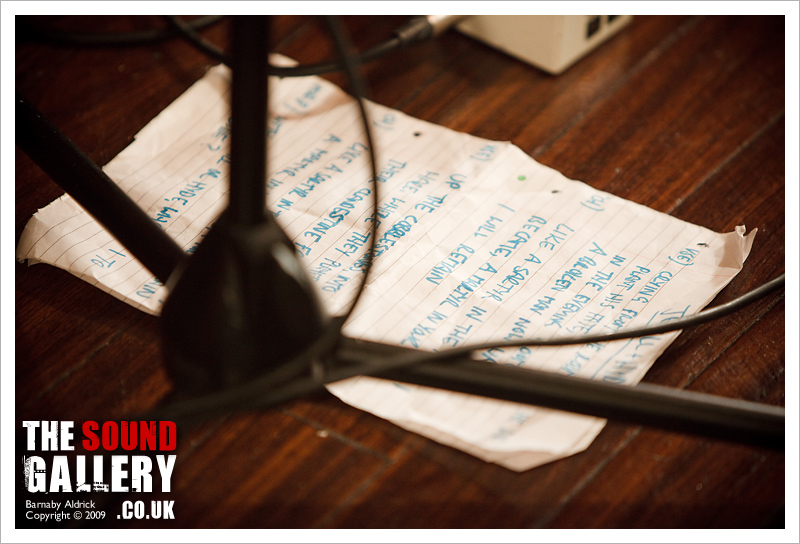 The G Man, lost in a depth of field. 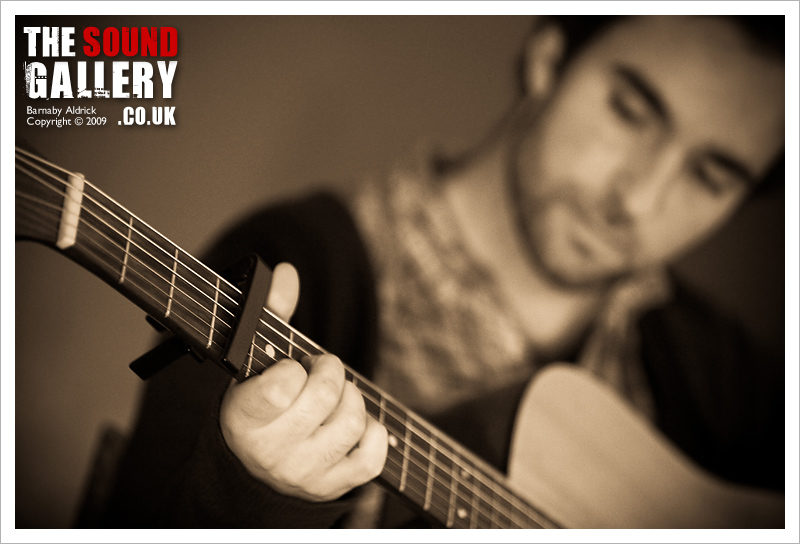 Me & my homey Richard, an absolute star who that night found out he’d got a job he’d really been trying for. 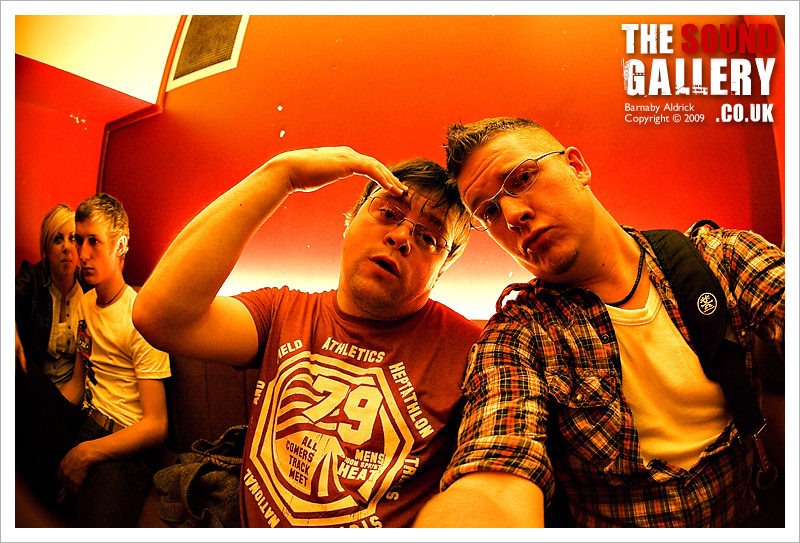 And that’s about the size of that.  For all those Northern readers, the next Sunday Service is shaping up to be another stonker.

Get yourselves down to Verve Bar on Merrion St, Leeds on the 29th for some fantastic free live tunes!