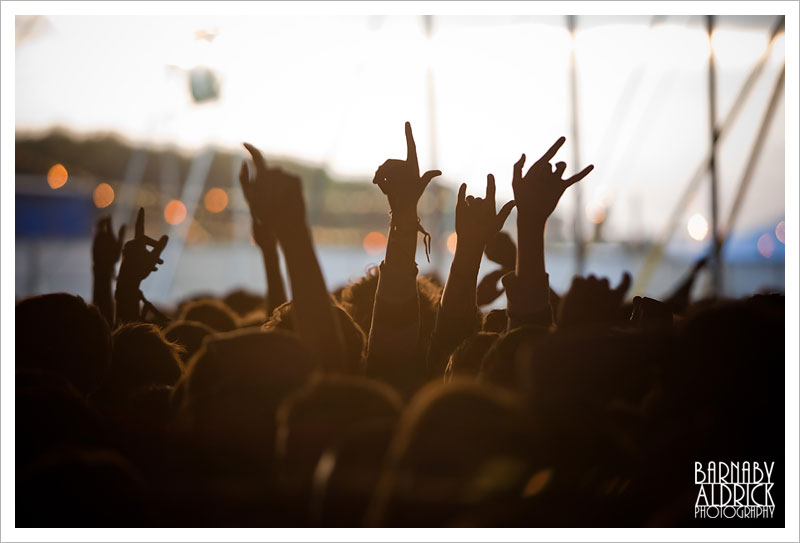 It’s been a while since the Leeds Festival last August Bank Holiday weekend.  I was asked along to shoot it by The Leeds Guide Magazine and I really do enjoy capturing the event & checking out a bunch of (well lit!) new bands.

Just the other day, ‘Becca.h’ commented on on my ‘Leeds Fest part 1’ post (here) asking what happened to part 2?  Truth be told, I’d forgotten all about it!

[It’s been a while since I was there, so forgive me if I can’t remember who everyone is!] 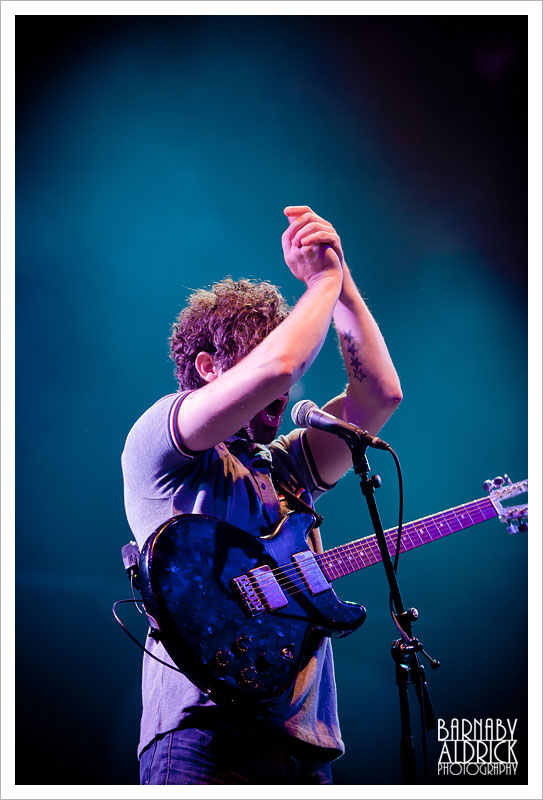 Here’s one of Yannis Philippakis (excellent sirname!), the lead singer of art-house punks The Foals.

They were one of the stand out bands for me this year & I’ve since enjoyed their album. 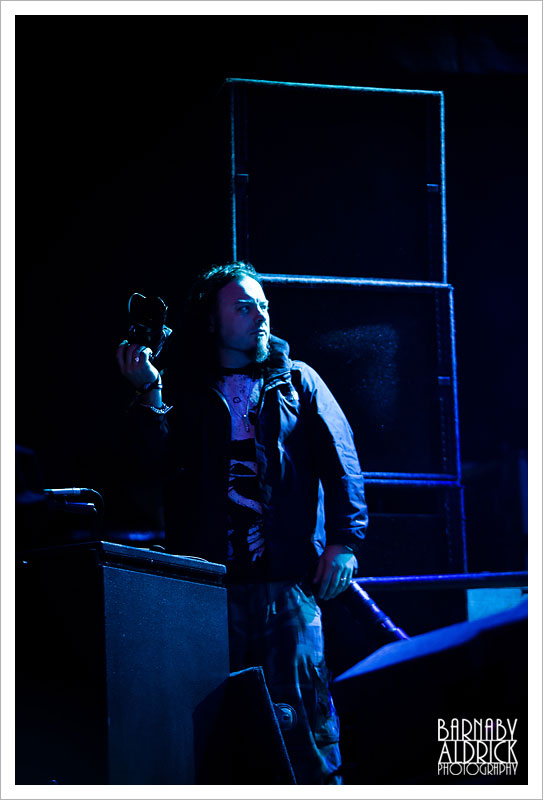 We presspit togs get to stand in the pit, but on stage right I spotted the infamous NME stalwart Danny North lurking in the wings.

He rode the wave with the Kaiser Chiefs & has since made quite the career as a rock tog. 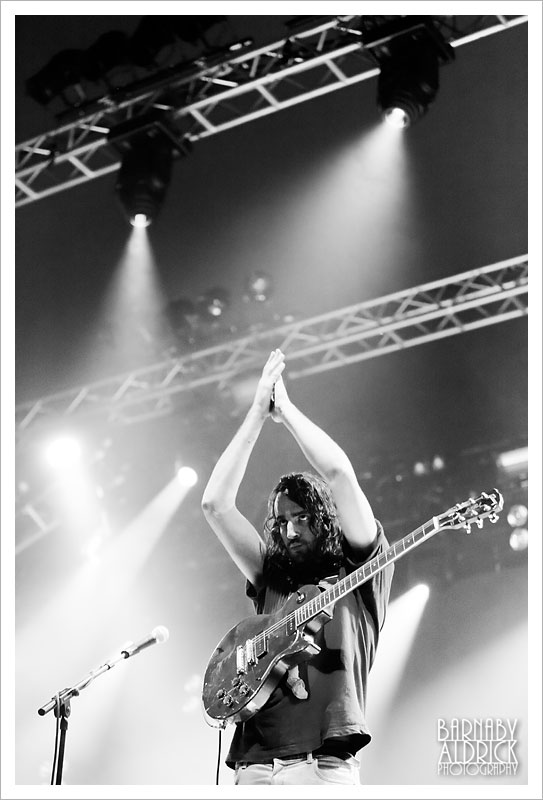 I believe this is the Foals geetar man evidently doing his best to look demonically possessed. 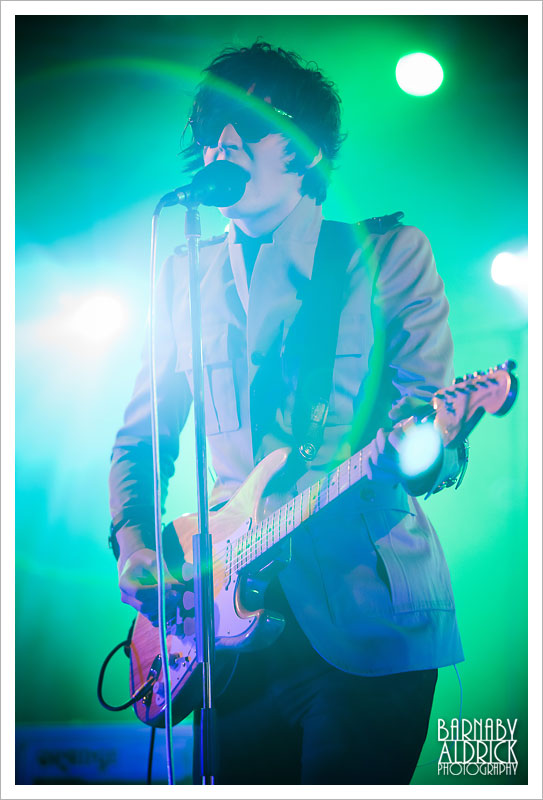 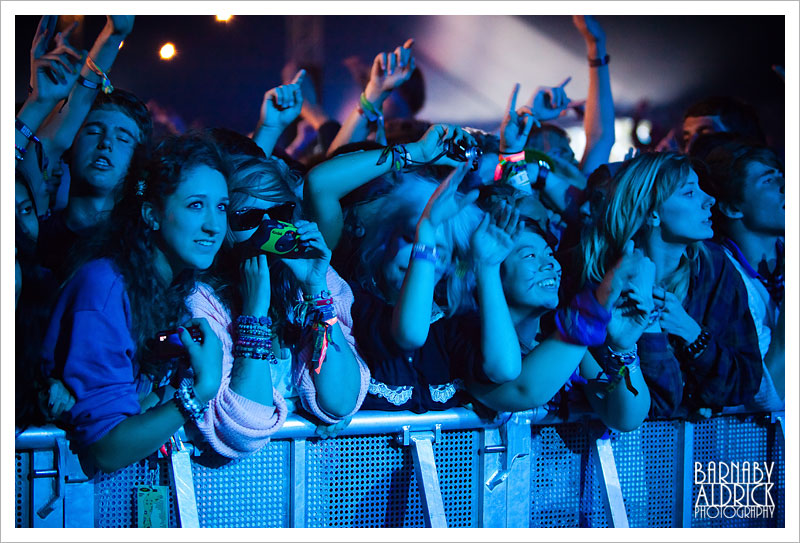 Turning back I noticed their fanbase are almost entirely 18-22 year-old girls.

Not that I imaging they complain. 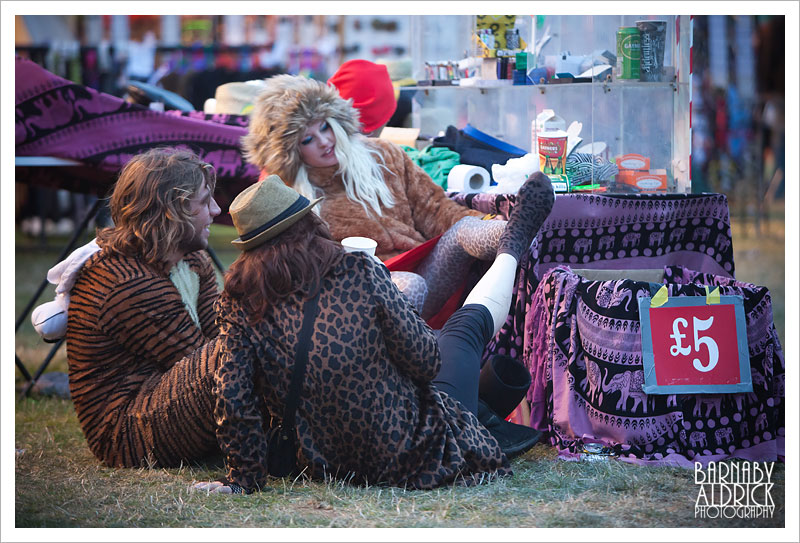 I liked this catch of randoms comparing animal print 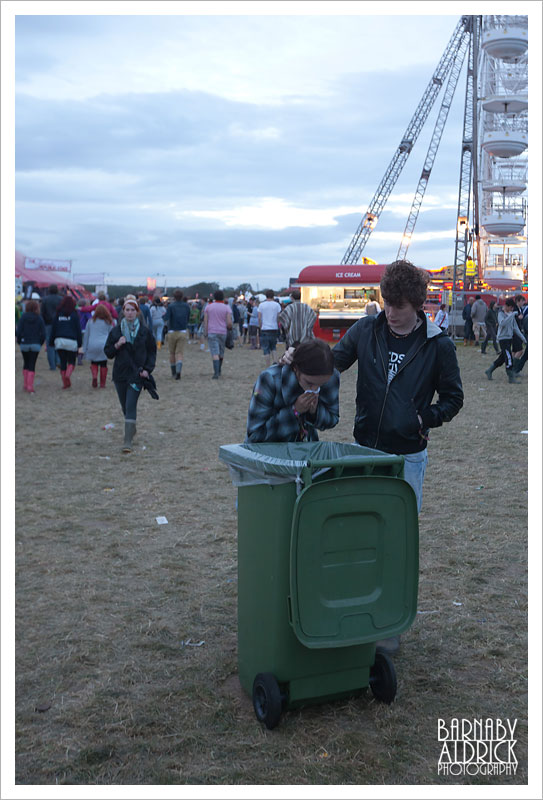 I preferred last years one of a mashup catching z’s alone at dusk in front of the Monster Yorkshire Pudding stand. 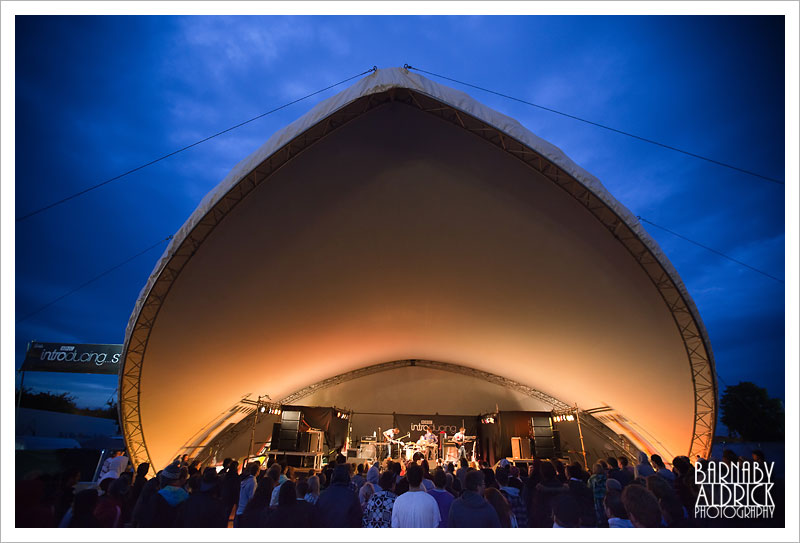 The BBC introducing stage always looks cool at dusk through the fisheye. 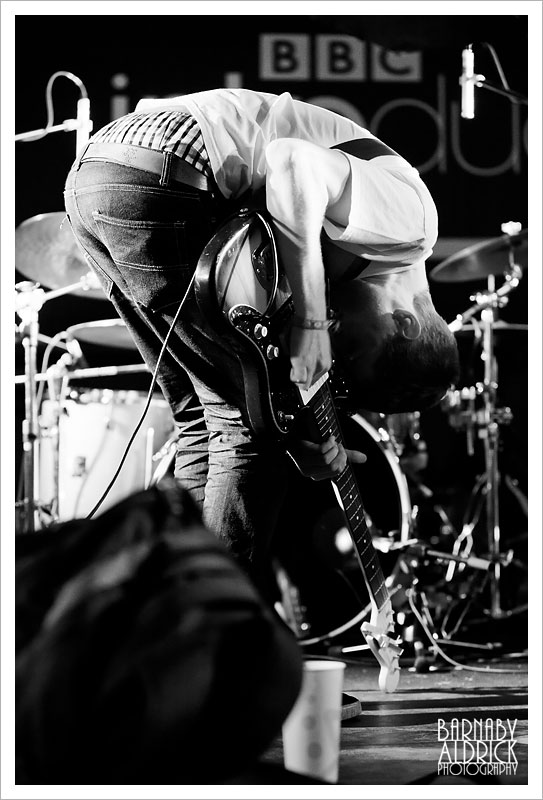 I believe these chaps were The Gallops. 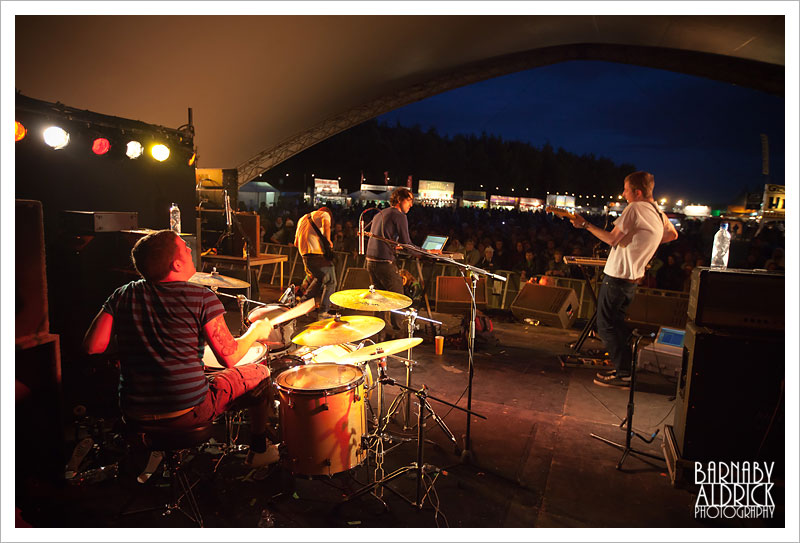 If I remember rightly had a ridiculously good drummer. 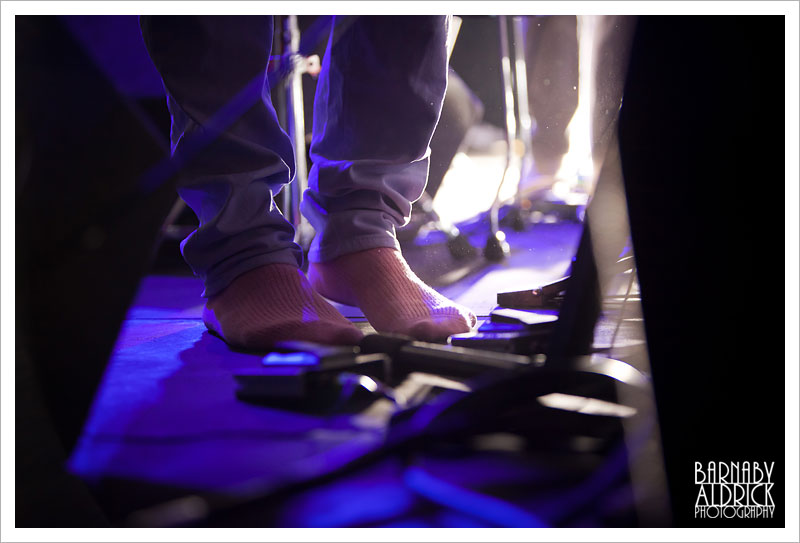 My memory might be shot on recalling most things, but I pretty much always photograph every musician’s feet I see & can bizarrely always remember who they belong to.

The are the socks of the excellent Caribou. 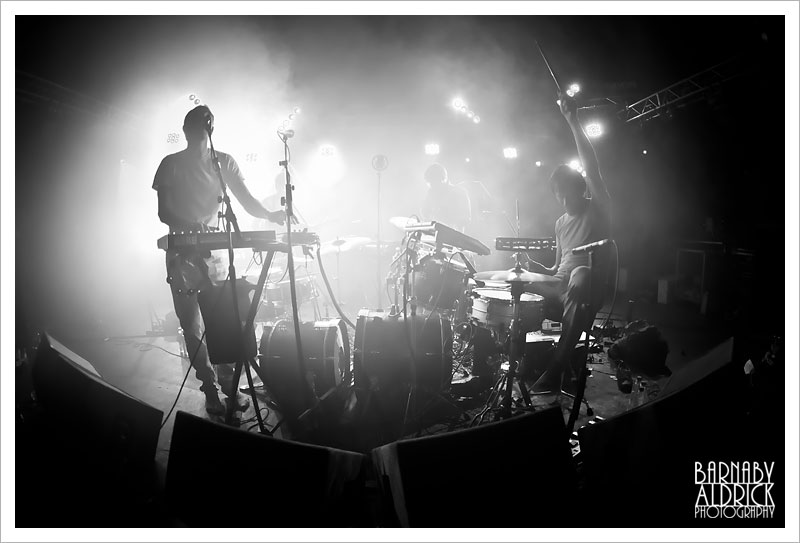 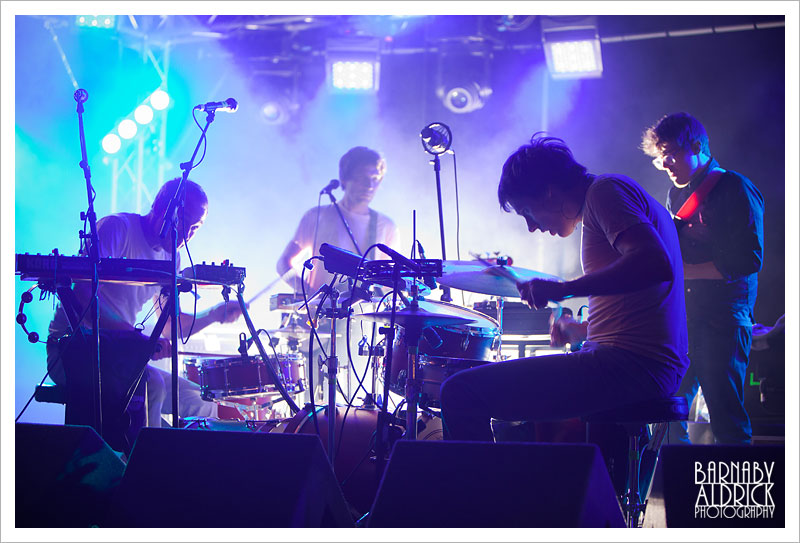 I particularly liked the double back to back drumkit action. 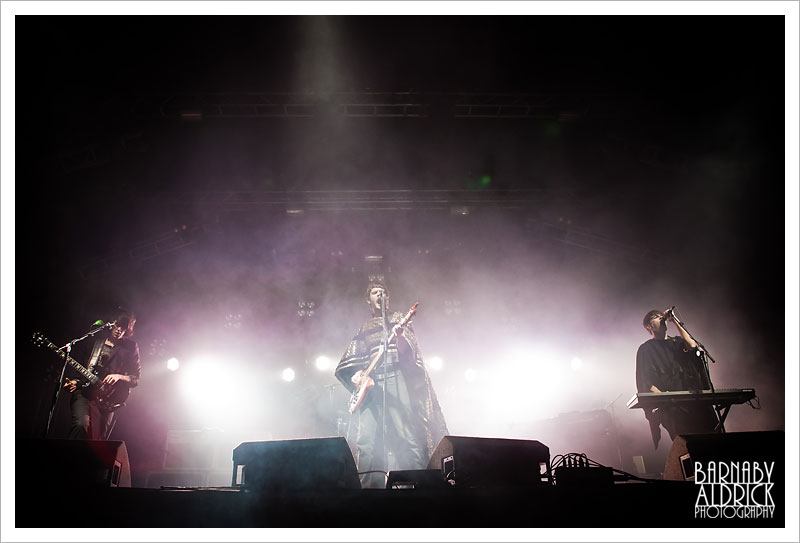 Here be The Klaxons.  I’ve never been a huge fan, and they dress better than they sound. 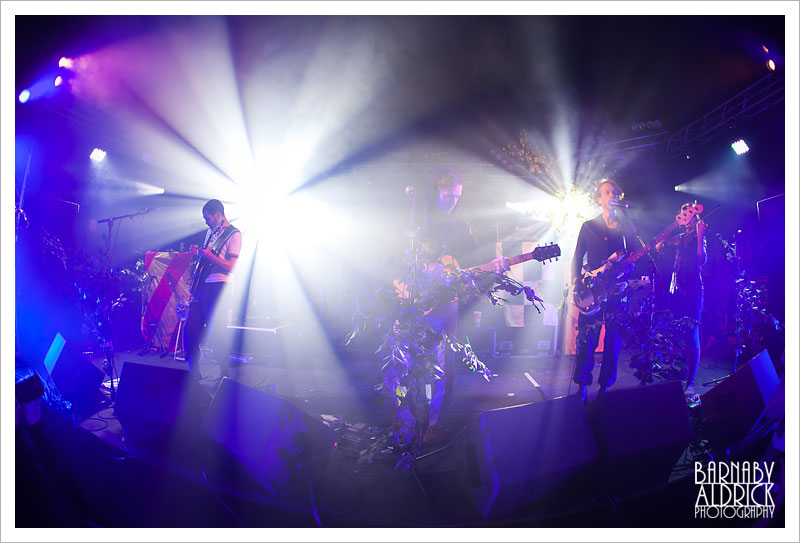 Finally, I wrapped up the night snapping British Sea Power 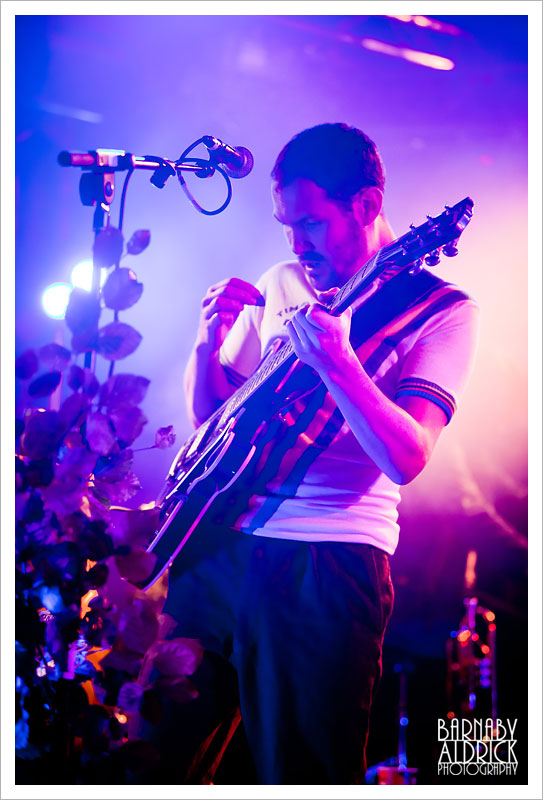 Bizarrely, I went to school with this chap. 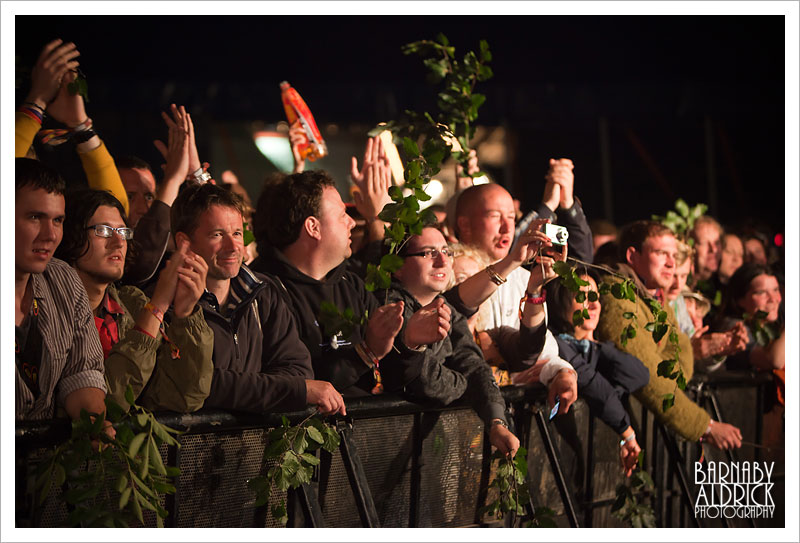 They famously like to dress the stage in foliage, and handed out a bunch to their (distinctly less 18-22 year-old girl based) fans. 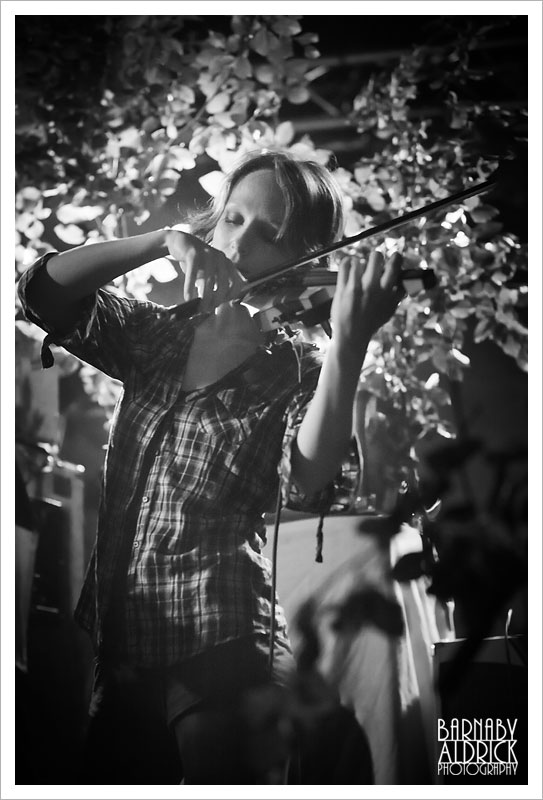 The leaves do actually make the stage look cool eh? 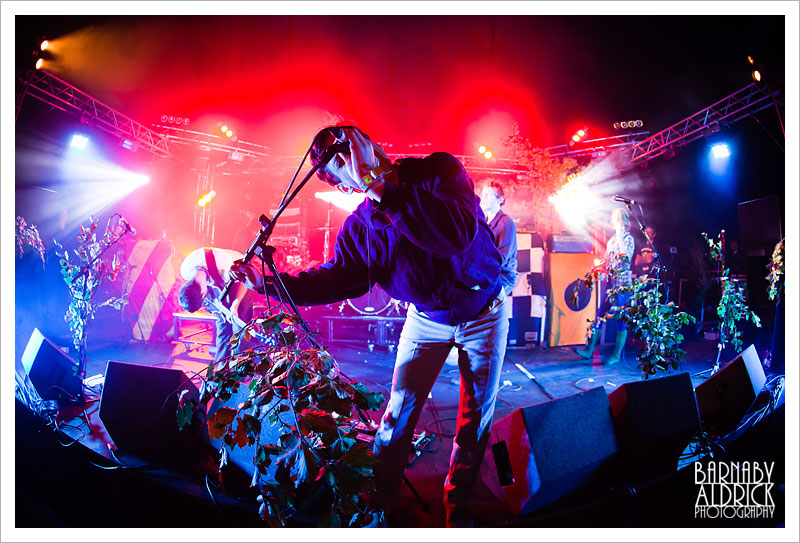 Here’s their singer, playing right into my outstretched fisheye! 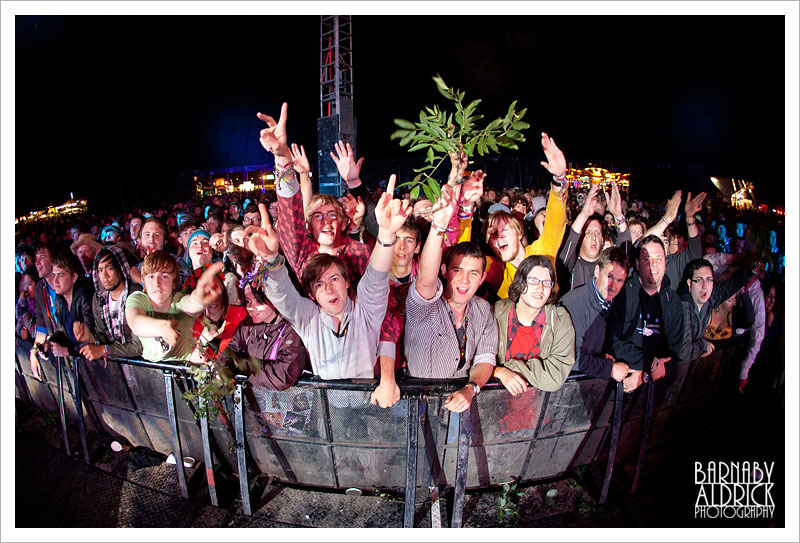 I hope I get to go again next year…