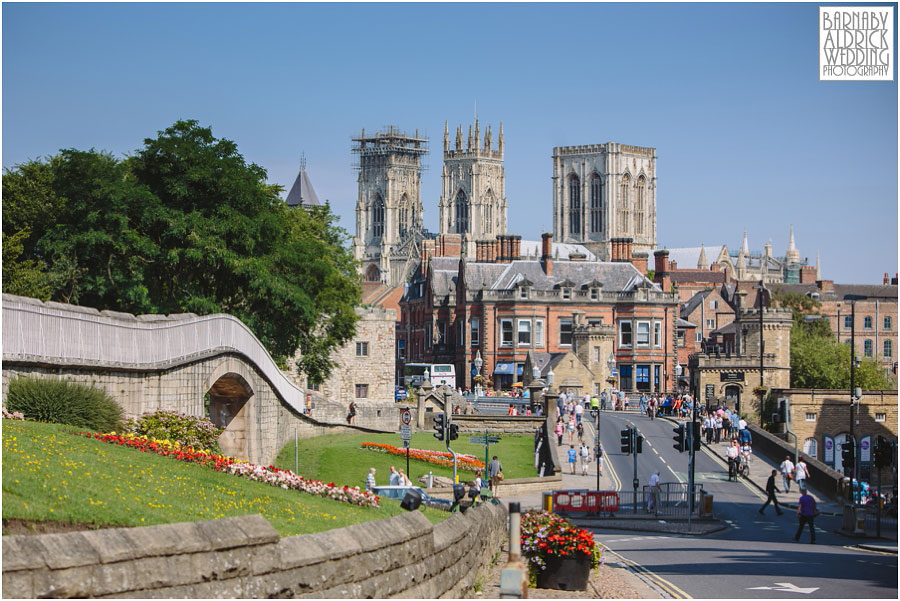 A couple of weeks back I joined Maud & Craig in central York ahead of their Wedding at Meols Hall in Southport. 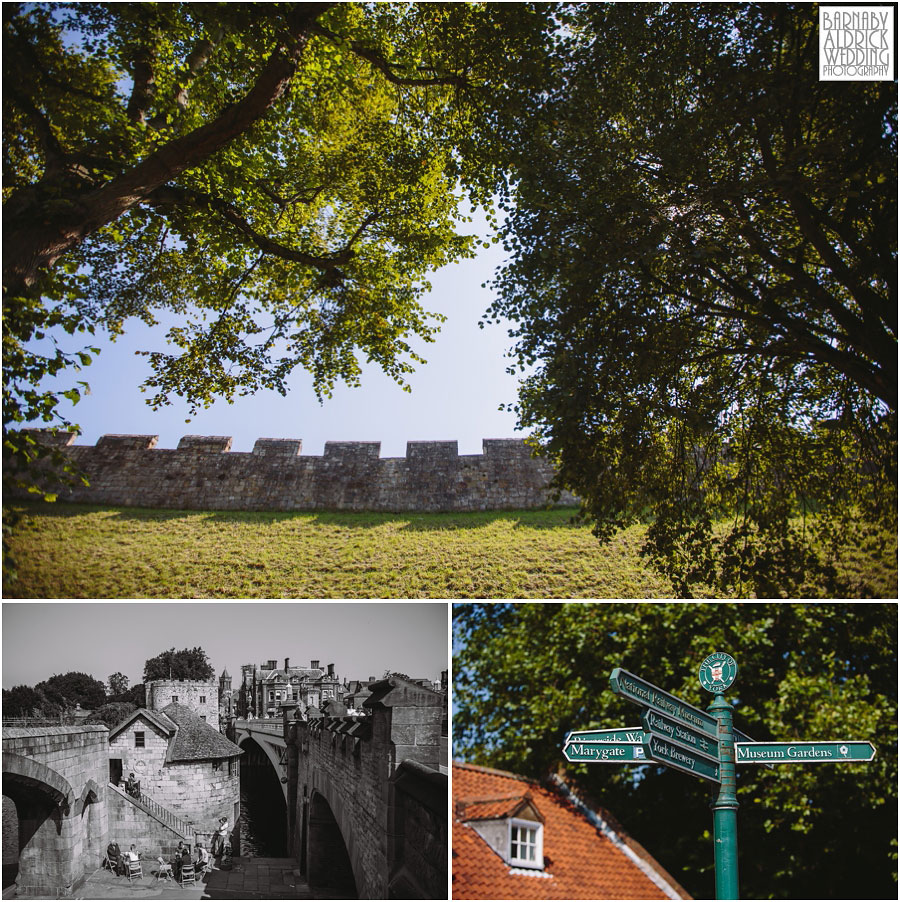 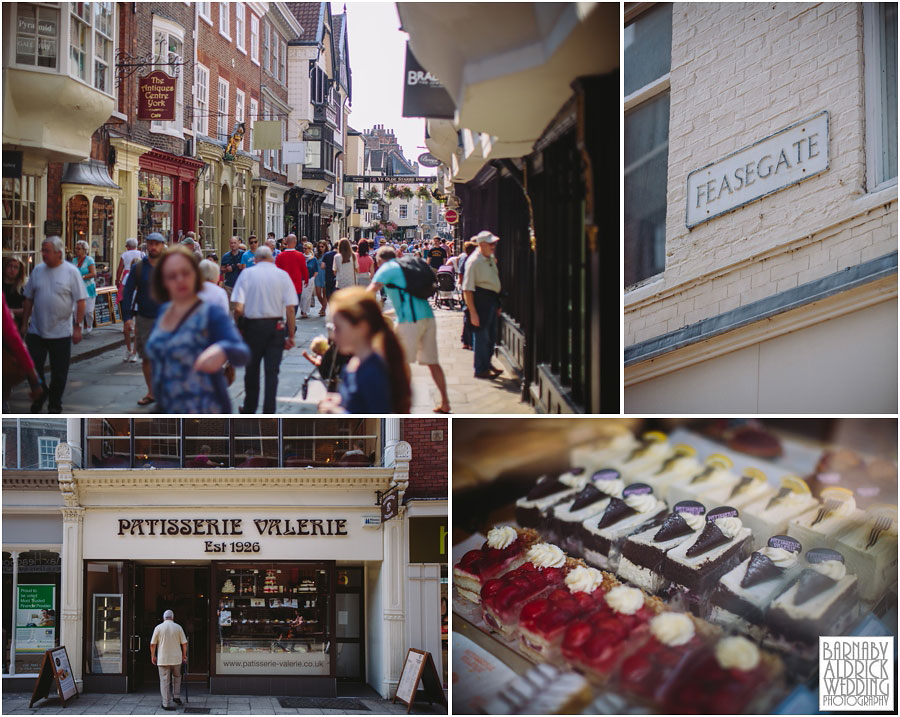 Then we ventured forth into York for the practice photoshoot! 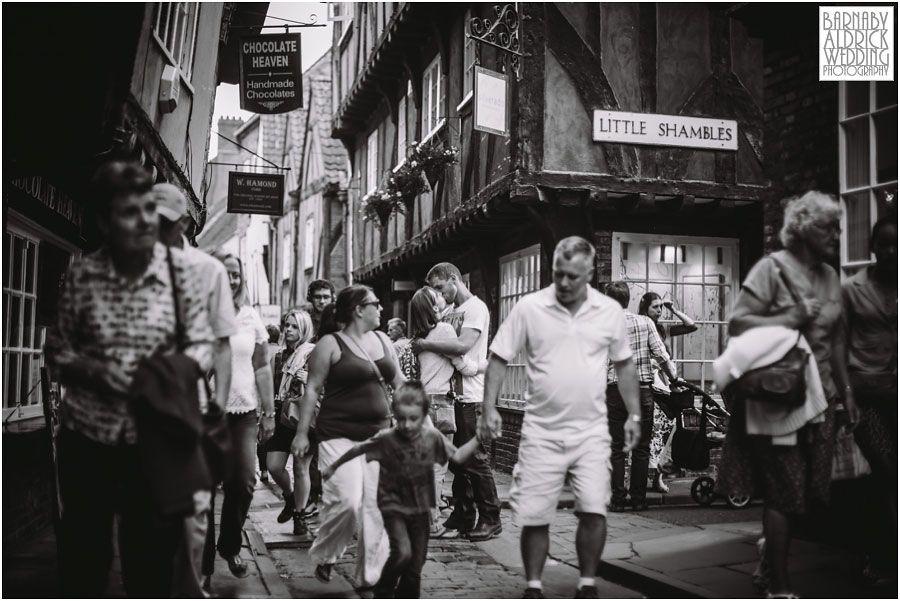 York’s so busy with tourists (and more importantly, tourists taking photographs), that it’s easy to get away with street photography because everyone figures you’re shooting the street not them.  Into that, having a couple take a quiet moment in the hustle and bustle, and you’ve a wonderfully romantic scene. 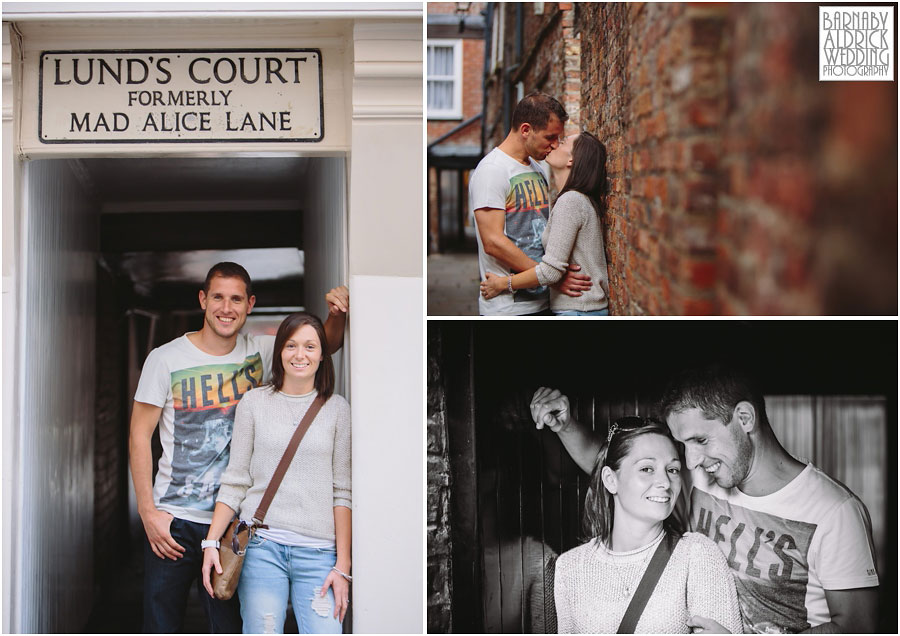 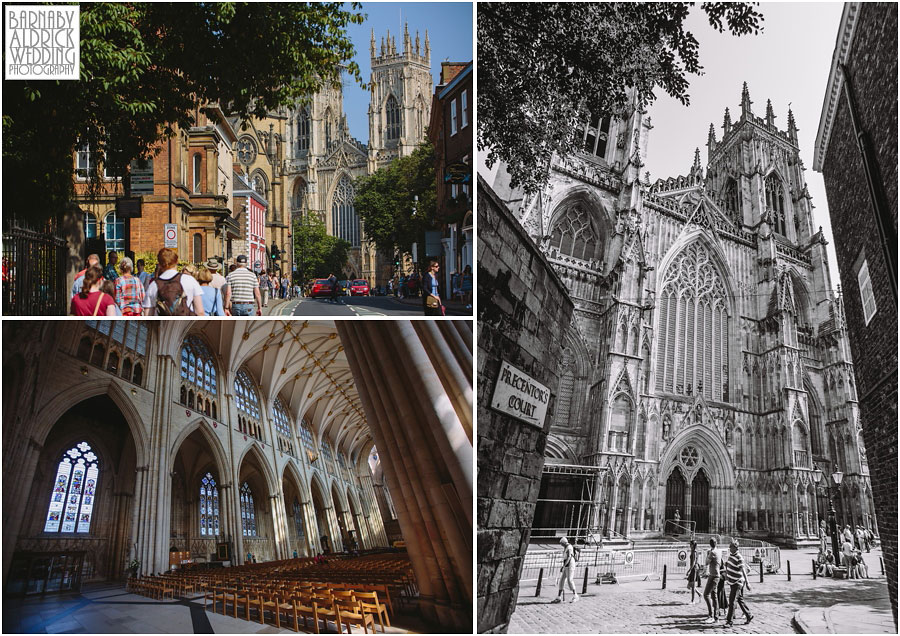 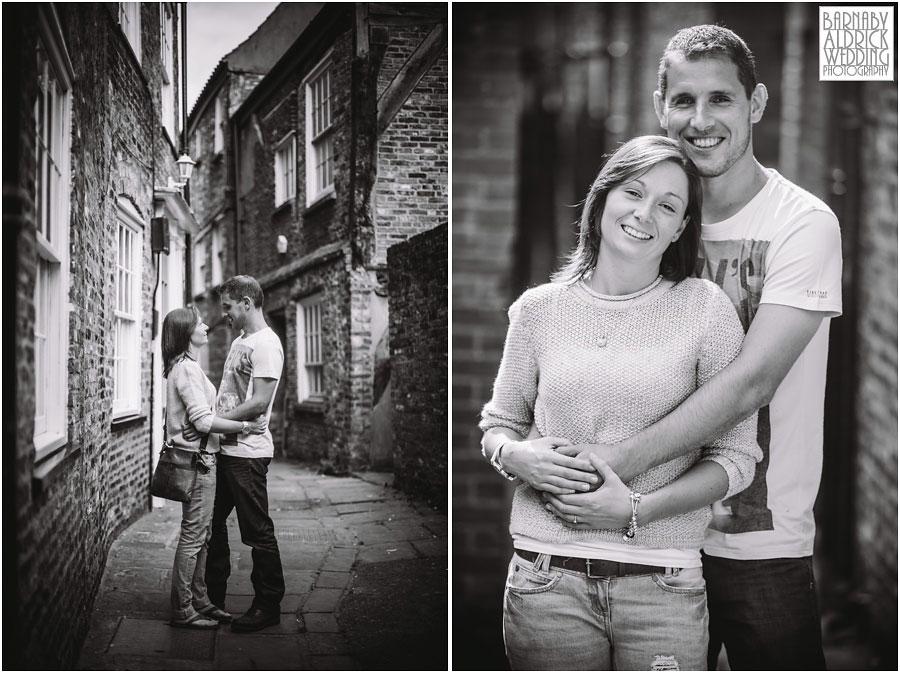 But it takes some bottle for a couple to pose in busy public areas, so we found secluded alleys to practice cuddling up.  Fortunately York is full of ’em! 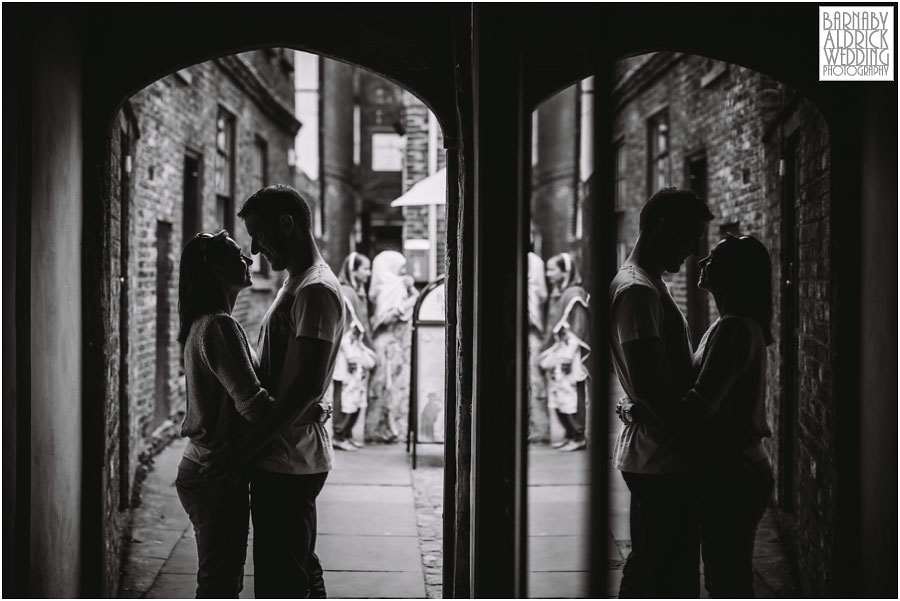 The reason I do these shoots is to show my couples how it feels to be photographed (generally a bit weird) and how it’s just about relaxing together and having a bit of fun.

Essentially, the process makes the wedding day photoshoot quicker and more painless, meaning they can get back to the celebrations & fizz faster! 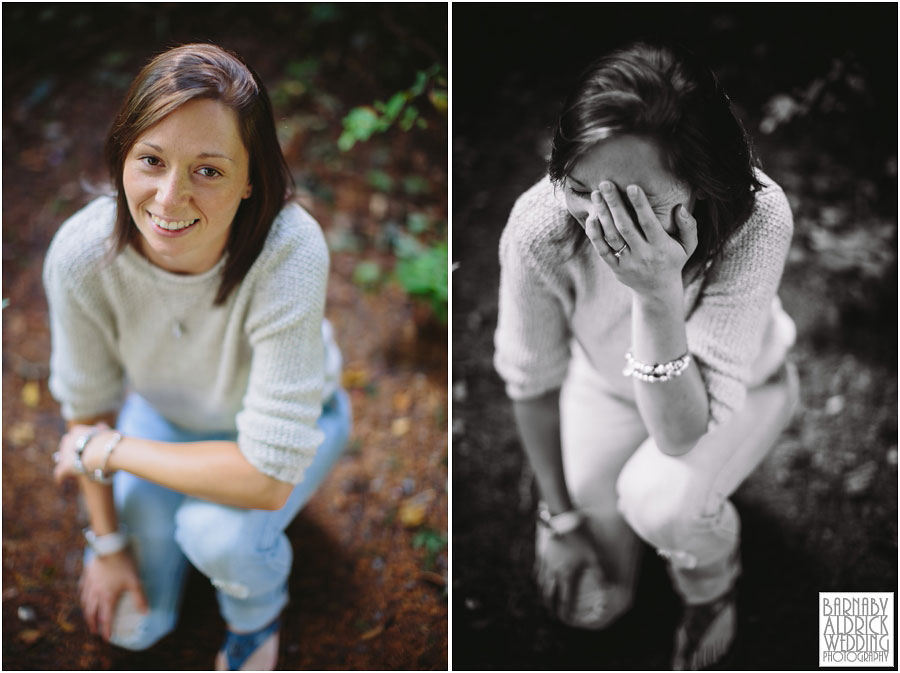 But that doesn’t stop it feeling ridiculous! 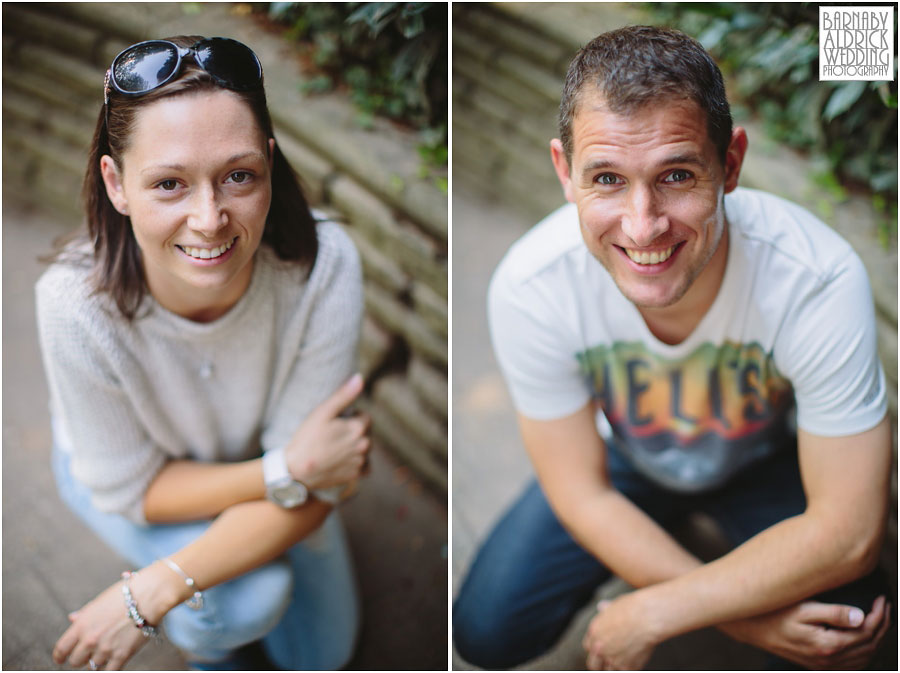 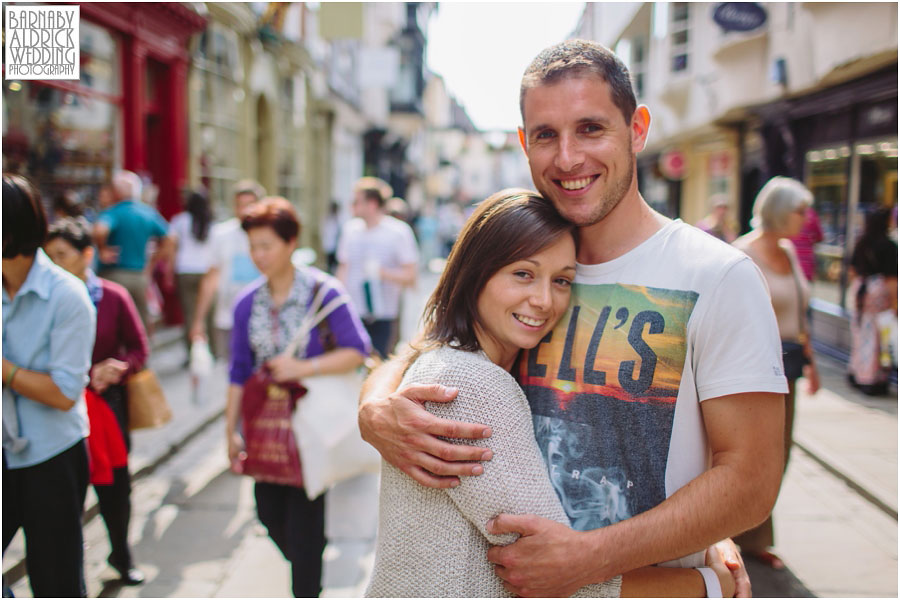 As Maud & Craig were loosening into the process, I really liked this little relaxed street portrait we caught. 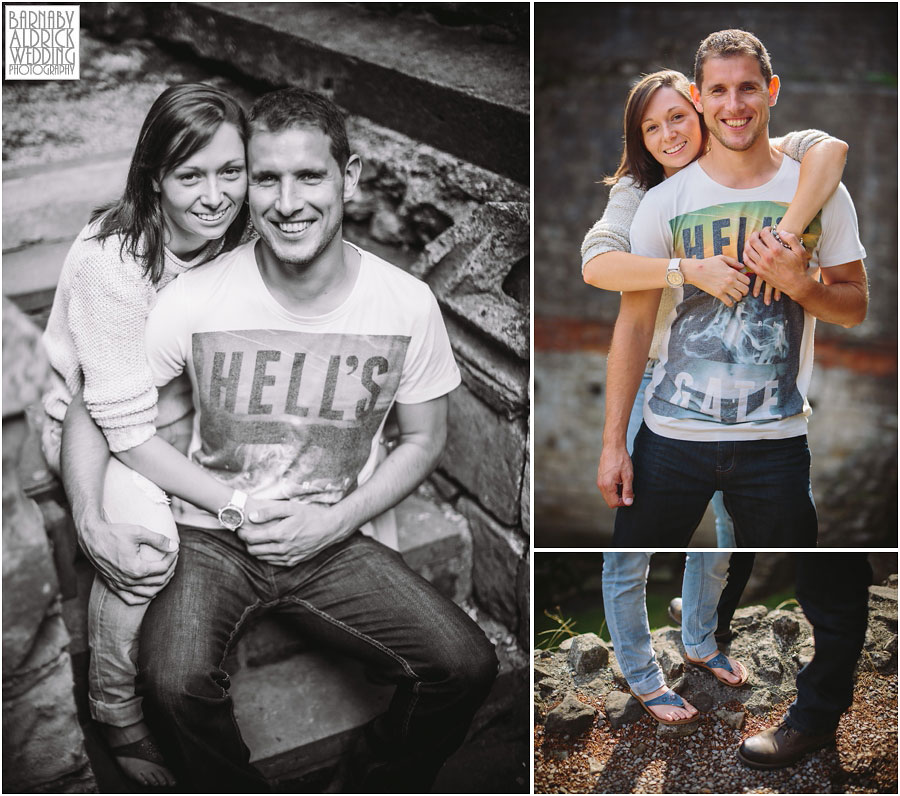 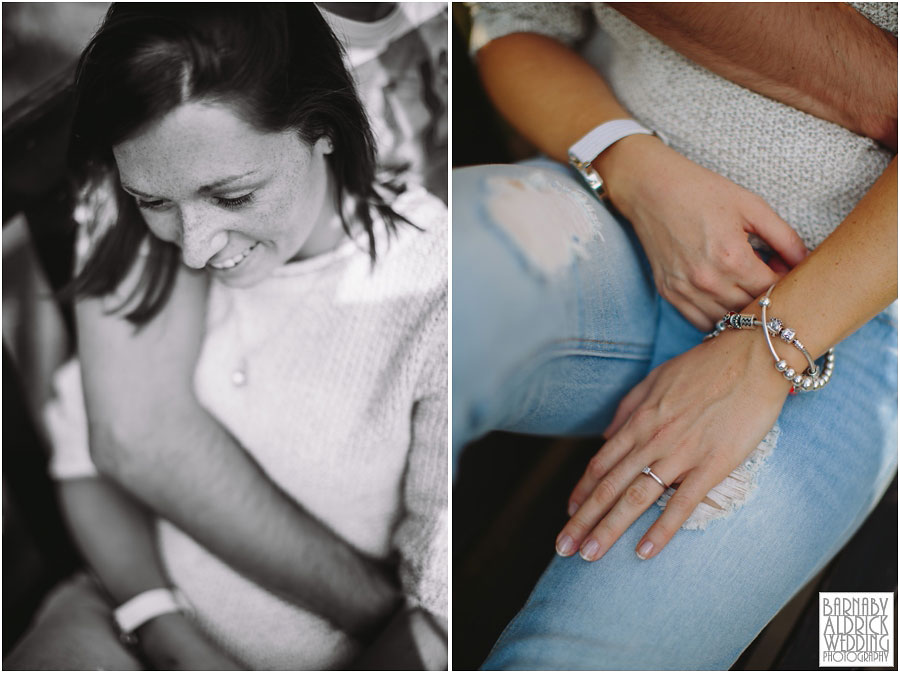 A few little details I liked. 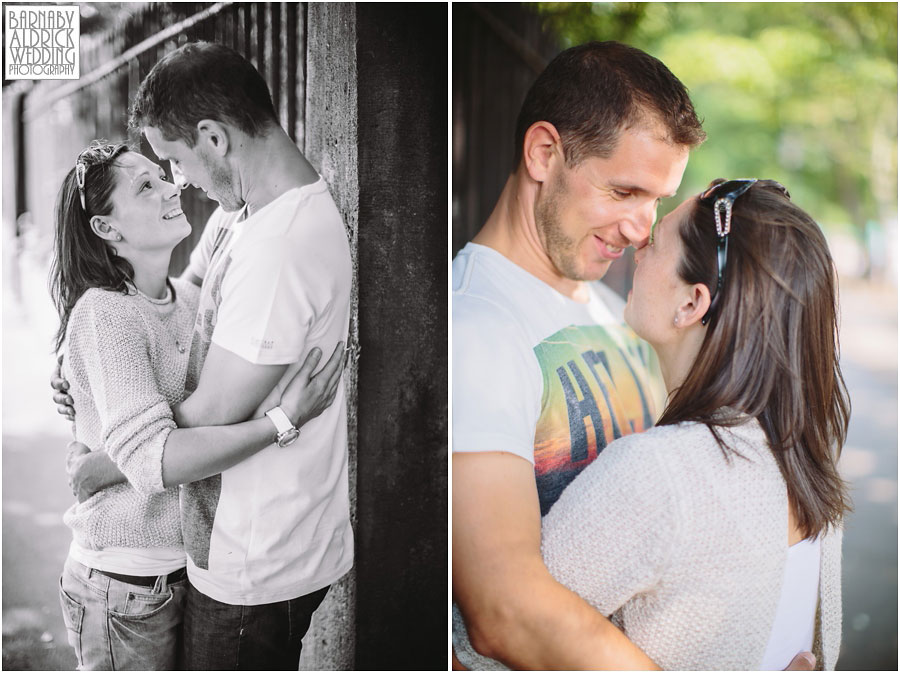 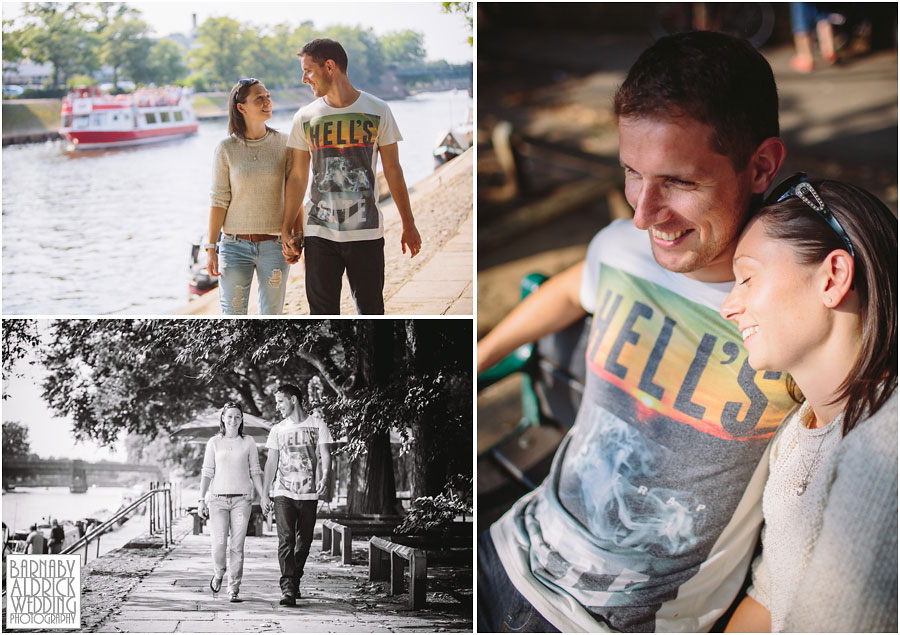 If I’ve not photographed at a wedding venue before, I generally shoot the practice pics at the venue to familiarise myself with the location, but as I’ve photographed at Meol’s Hall before, I let Maud & Craig choose the location.  The reason they chose York was because Craig proposed to Maud here, on the riverside! 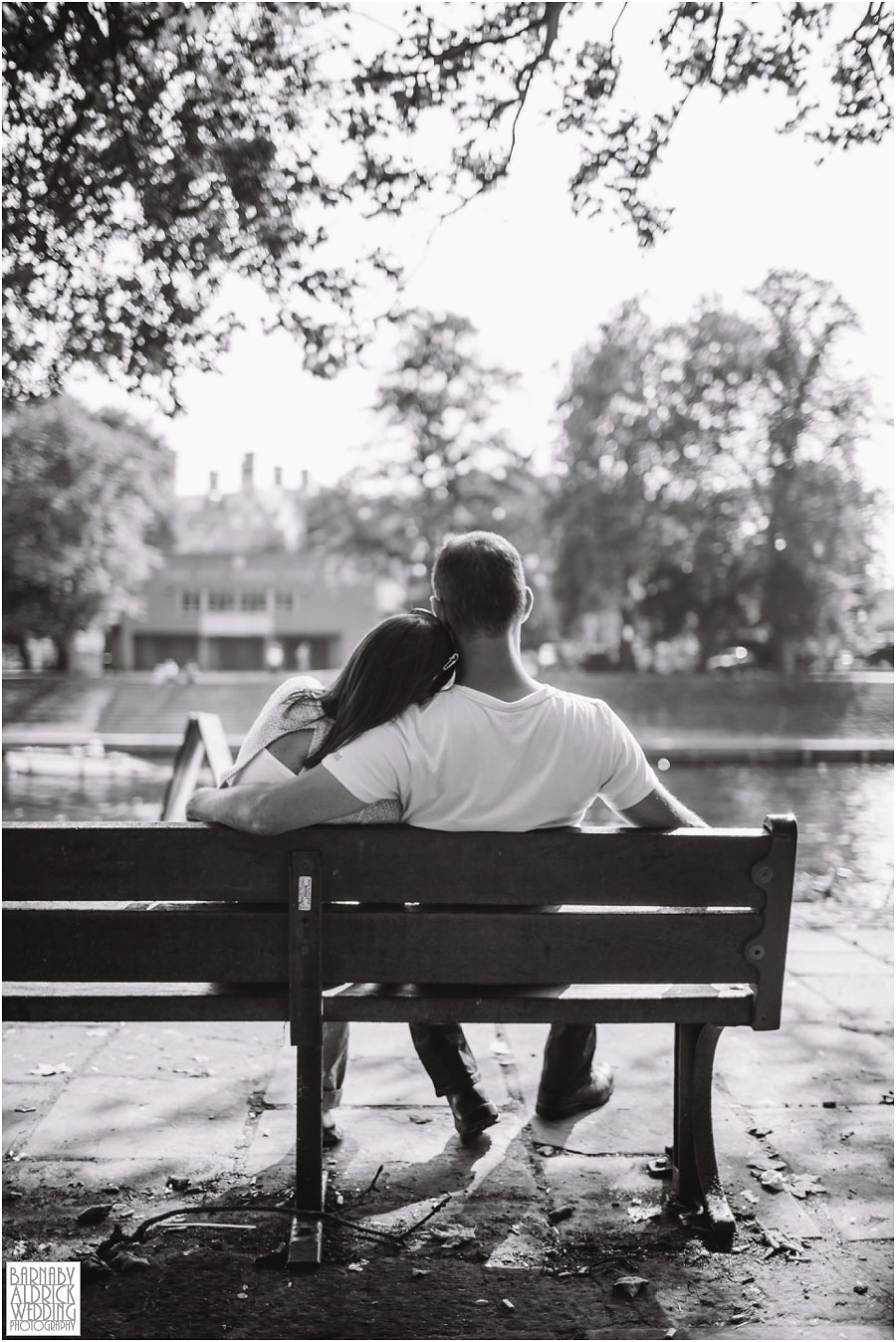 So that’s where we wrapped up the shoot; on a bench just next to where Craig got down on one knee. 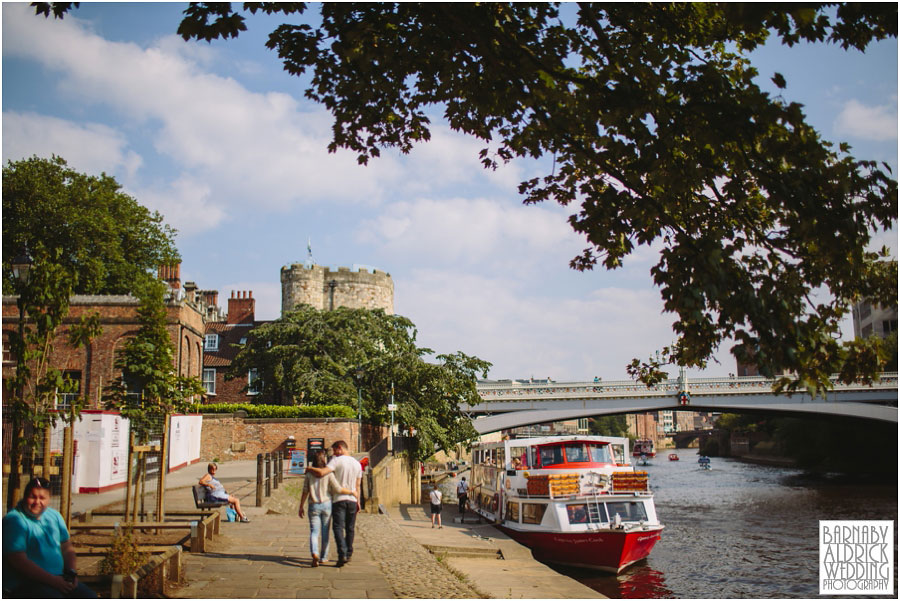 Really looking forward to joining these guys for the big day in Southport next weekend!