A few months back 3B Media were approached for some promo snaps by a band calling themselves ‘Cities Between Us‘. After checking out their myspace we arranged to meet them at one of the our fave Leeds haunts, The Reliance for a pint.

We were more than impressed with the sheer energy & enthusiasm coming from these dudes.  They told us their story & how they’d come together from Iceland, New Zealand & Canada (hence ‘Cities Between Us’) and were currently rocking out some new tracks in the UK/Canada, whichever kept them busiest.  Here they are are: L>R Valdimar, Jo, Josh, Stefan & Nimal

As with all photography, wedding, music or otherwise, if the other side ‘puts in’, the results are all the sweeter.  After they’d left, we were buzzing on their enthusiasm and decided to crank things up a bit for them.  Instead of just a photoshoot, we were going to make them a music video.  This was gonna be Phil’s baby (as we’ve found it easier in such projects to take on roles, so Phil took ‘Herr Director’), so off he went off and plugged himself into MTV.

Meanwhile, in July they began work on their debut album, with star producer Matt Hyde – the grammy award winning engineer who’s worked with Trivium, As I Lay Dying, Bullet for my Valentine & Slipknot – and came back to us with a tasty number called ‘Dirty Money’.

We had a good listen, booked a date, hired a warehouse & some pokey TV lights & settled in for a day’s filming.  I personally had other work on & couldn’t make the shoot (gutted), so Phil & Rob asked aboard the helpful hands of James Lester (an ace tog pal who manned camera B & shot the images in this post) & Hannah Reynolds (James’ art college pal who manned the mac desk & file conversion). 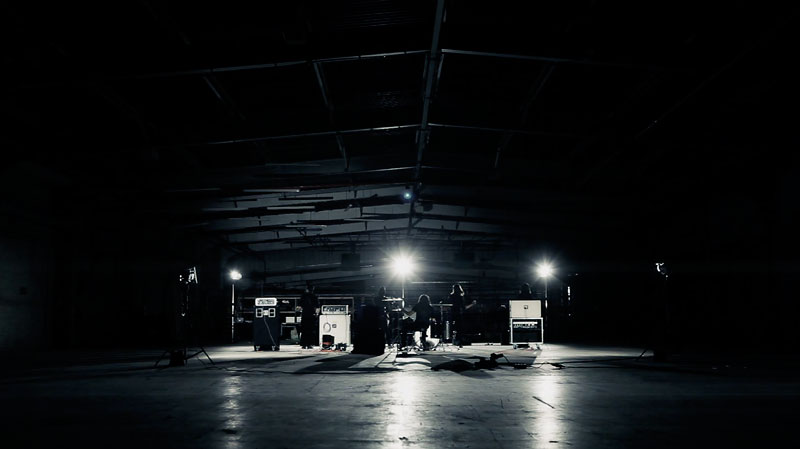 Here’s a view of the warehouse, from the back looking towards us (you can see our macbook pro desk between the left guitar & bass amps)

Above are a few shots James caught of the band in action.

…but really the show was run on CBU power!  Seriously: all credit to the band, who rocked solidly for like 7hrs. 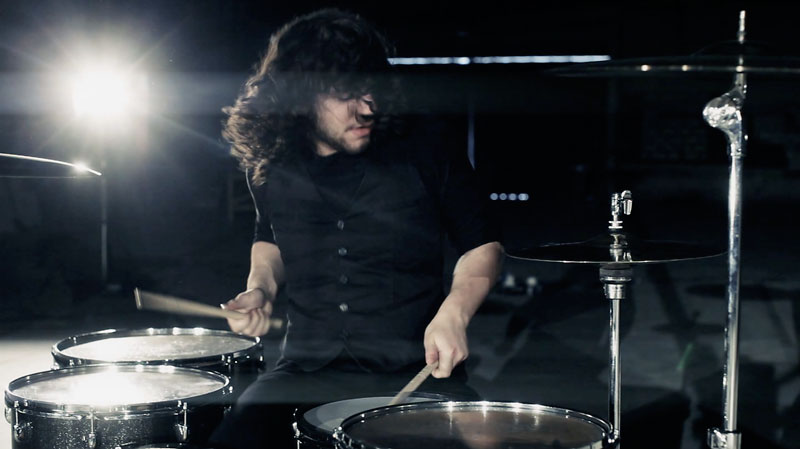 We felt for Stefan, the drummer, who was in shreds after givin it beats all day

Anyhoos – the 3B boys excitedly rocked up to mine afterwards with a hard disk full of Hannah-converted-footage & said “there y’are!” and toddled off.

I was editor, see. 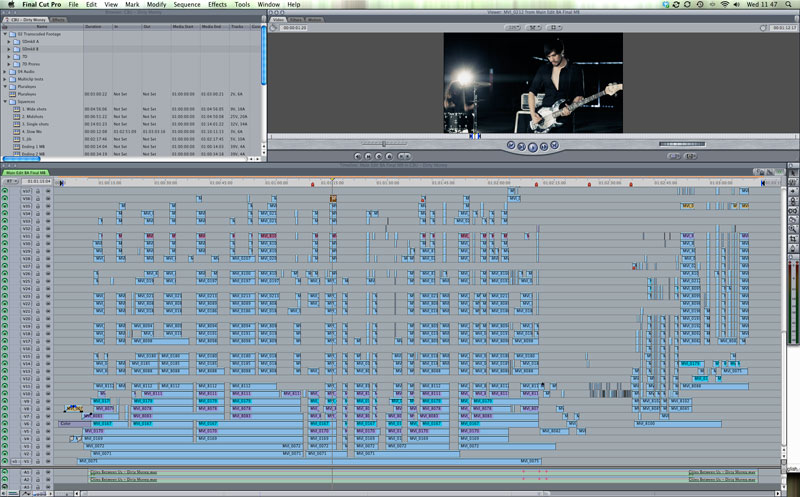 That’s a screen grab of the final track, chopped & laid out in Final Cut Pro.

It was a seriously interested experience & learning curve for us all, not just on the day – playing with lighting, slow mo and cranes etc – but in post production – converting, syncing & chopping the footage – to pump the vid with life & pace.

But we’re totally pleased with the final result.  Check it out below, in crispy HD:

If you can’t see the vid for whatever reason, check it out on vimeo here.

Hope you enjoyed watching that as much as we did making it!  Massive thanks to Cities Beween Us, who are up in Iceland recording the 2nd leg of the album, for being absolute legends on the day and in general.  It wouldn’t look anywhere near this ace if you didn’t put in 100% like you did.

If you’ve a commission for 3B Media, or would like a music vid/documentary, don’t be shy – drop us a line here or on info@3Bmedia.co.uk