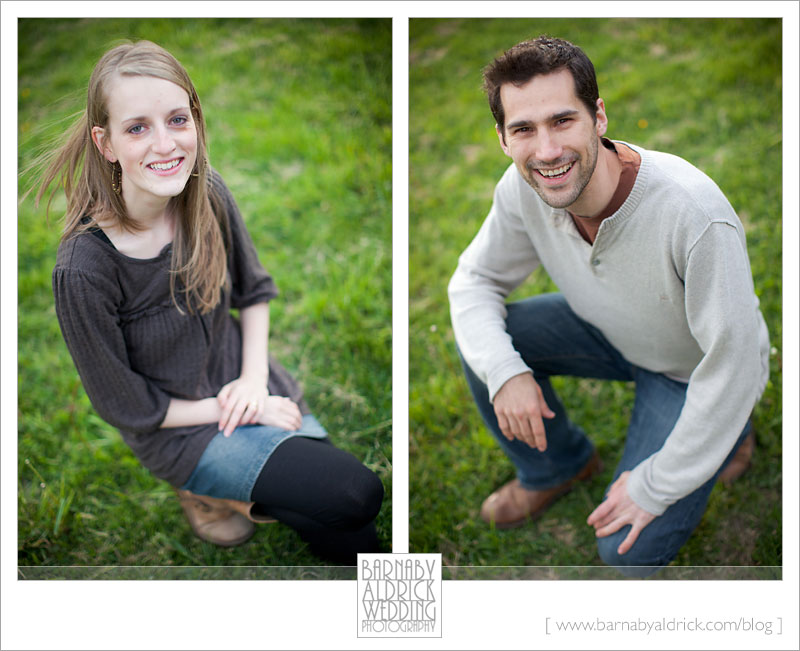 A few weeks back I met up with Emma & Nick to talk through their wedding and put them through the BAWP photo mill to show them how it feels to get shot! 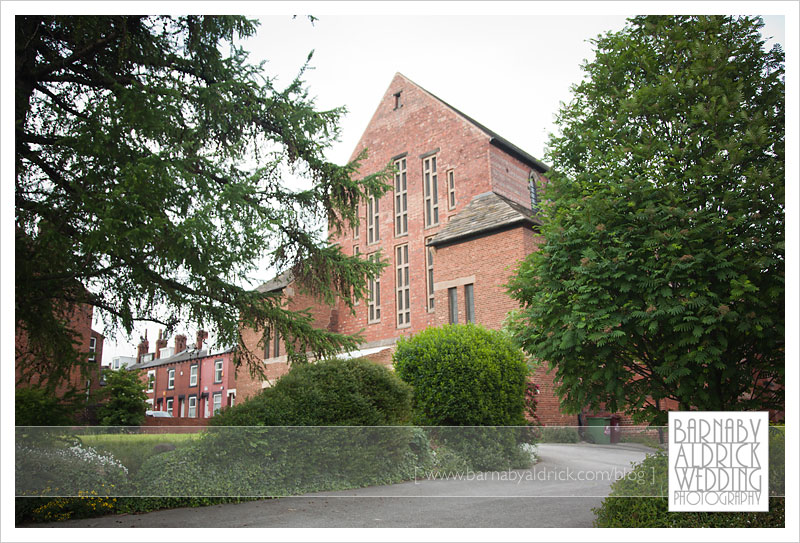 Formerly it was the St Margaret of Antioch Church, in the heart of what’s become Leeds’ student ghetto, Hyde Park in Leeds.  It was built in the late 1890′s by local funding & donations, but as they couldn’t quite raise the moolah to finish the job, the west-end of the church (showing above) was never actually completed, hence looking impressively unchurchlike from this end, but distinctly gothic inside… 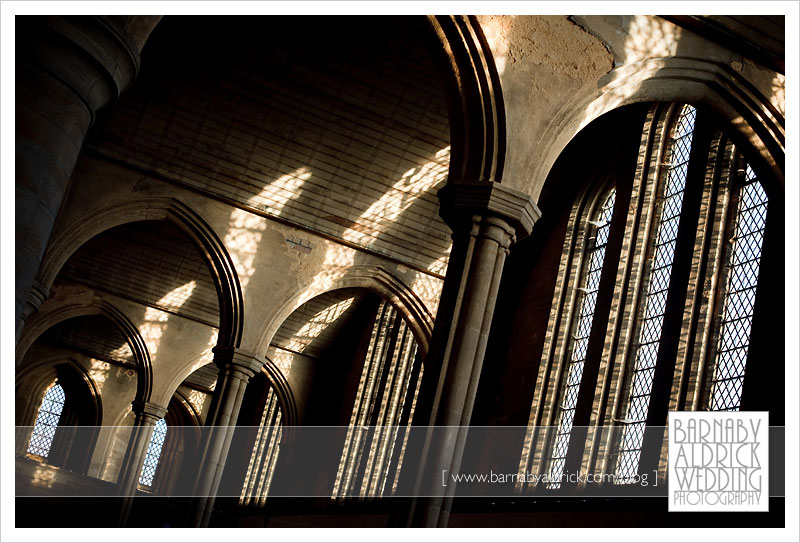 However, by the late 80s the church congregation dwindled to just a few and eventually closed, lying disused till the Left Bank team raised funding from English Heritage to repair the fabric of the building and make it into an arts venue.  Since reopening, one of the first things the building was used for in early 2007 was in fact one of my early weddings – for two pals of mine, Liz & Ed. 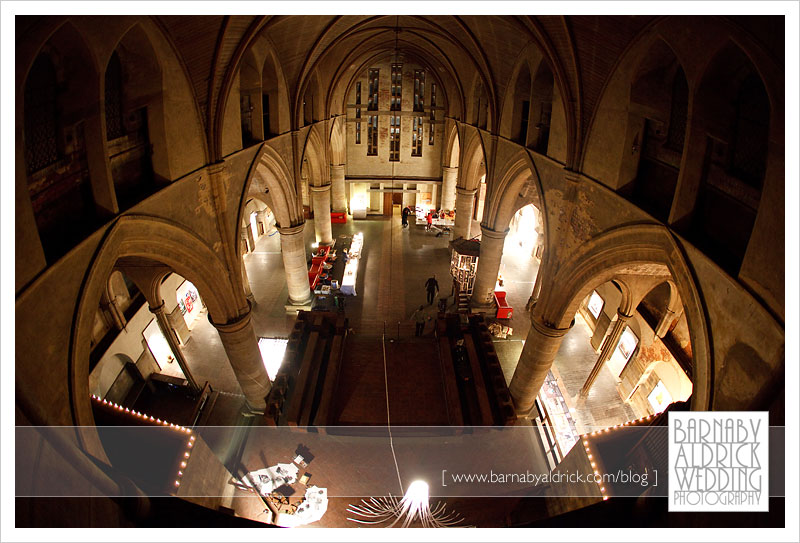 I’ve since become involved with the building, doing lots of photography for their events, such as the Advent Art exhibition…

[As I’ve been in a bunch of times now, I’ve learnt the secret passages up to the upper roof area for a wicked view] 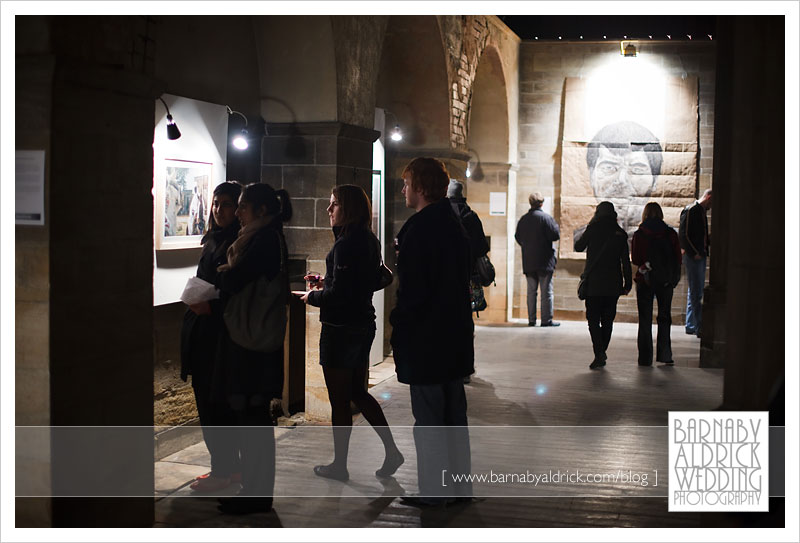 12 local artists contributed 12 art pieces for the 12 days of Xmas, and fuelled by mulled wine, it was a great success. 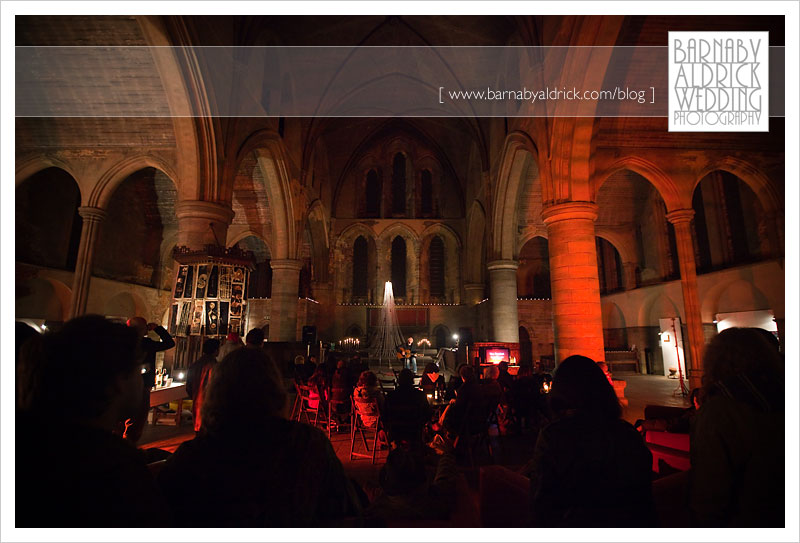 It’s also been used as an exciting space for gigs, and I shot a quick handheld video of Dan Wilde performing here 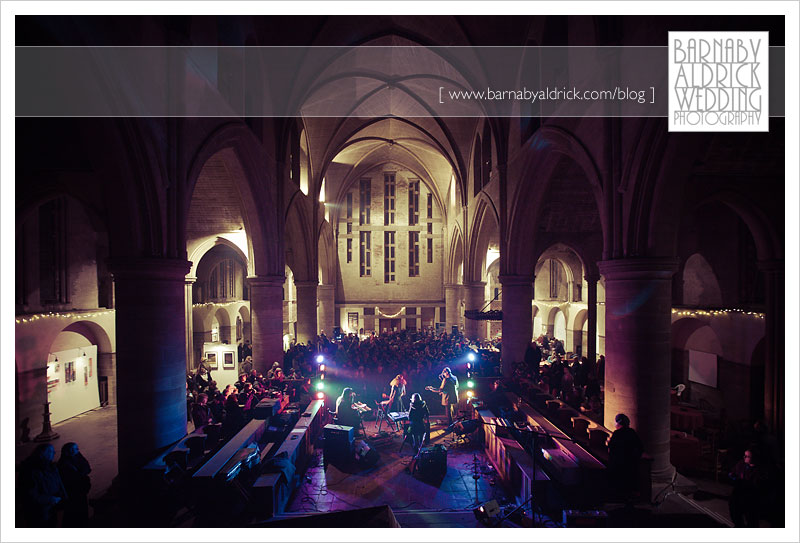 One cool gig I photographed there was of Leeds-based star Corinne Bailey-Rae, a pal of mine, who’s become a patron for the building. 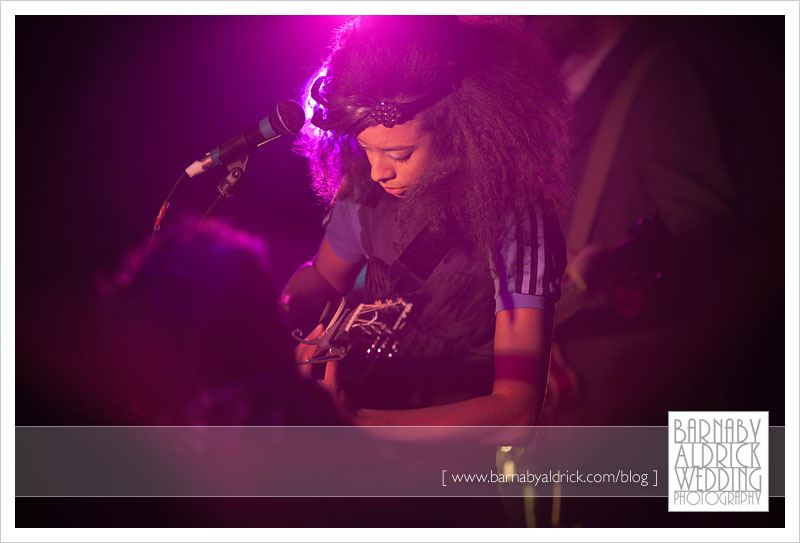 [You can see more of the gig images here] 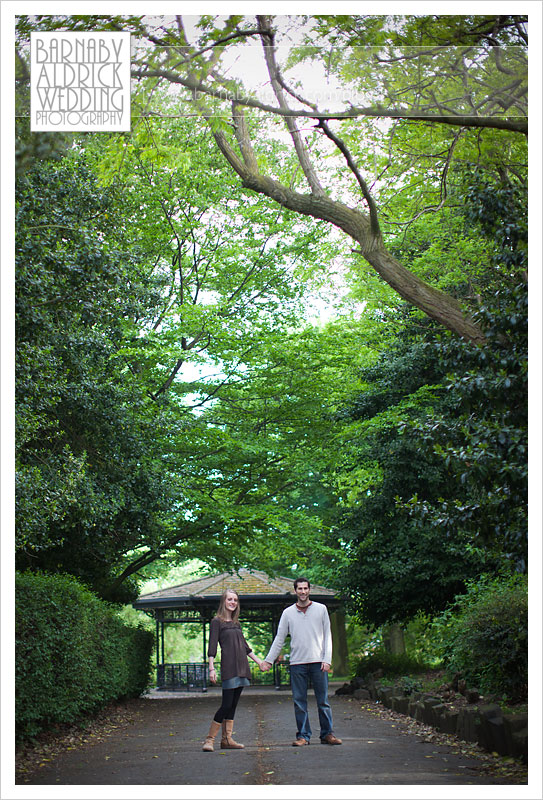 But to the point of this post!  Emma & Nick are getting married at Left Bank and we met one afternoon to snoop about the local area looking for some backgrounds we could get uncomfortable in front of! 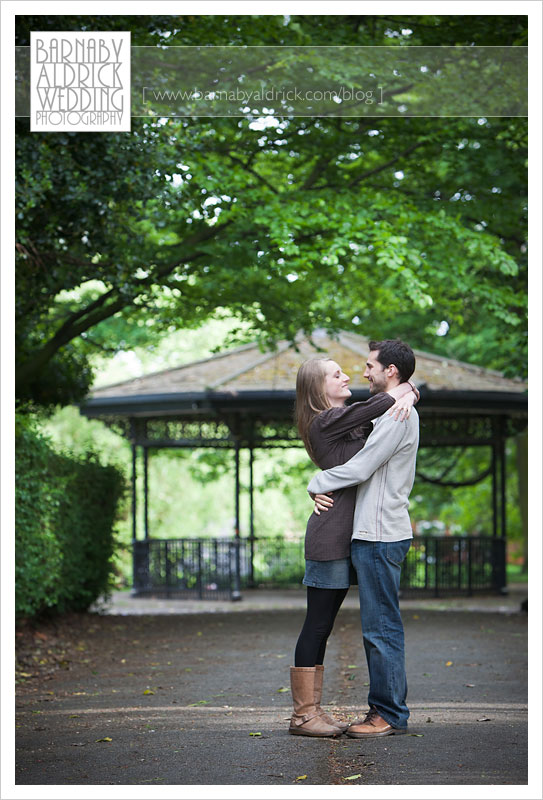 They’d outright admitted to me that this was gonna be weird for them, using the words ‘We don’t really do public displays of  affection’ 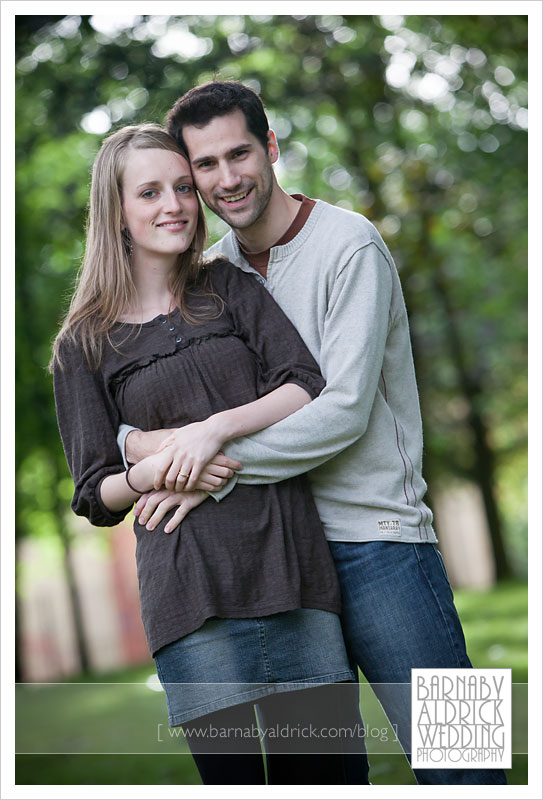 Or at least find some tasty light, hug em up & talk a load of old rubbish to try and make em smile! 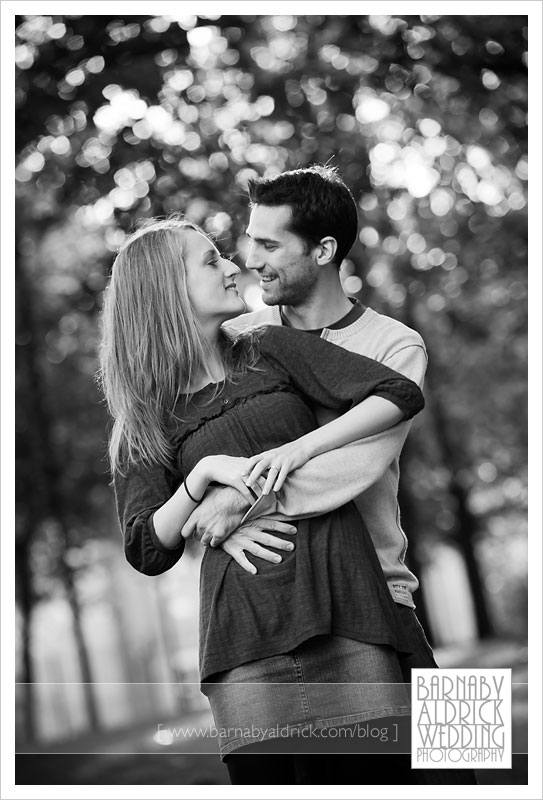 I think we did really well actually. 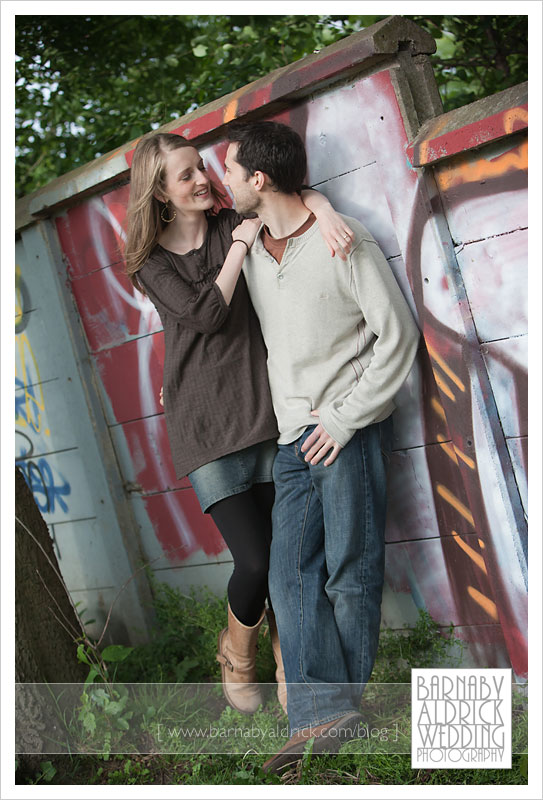 We even got down and Urban against a bit of graffiti 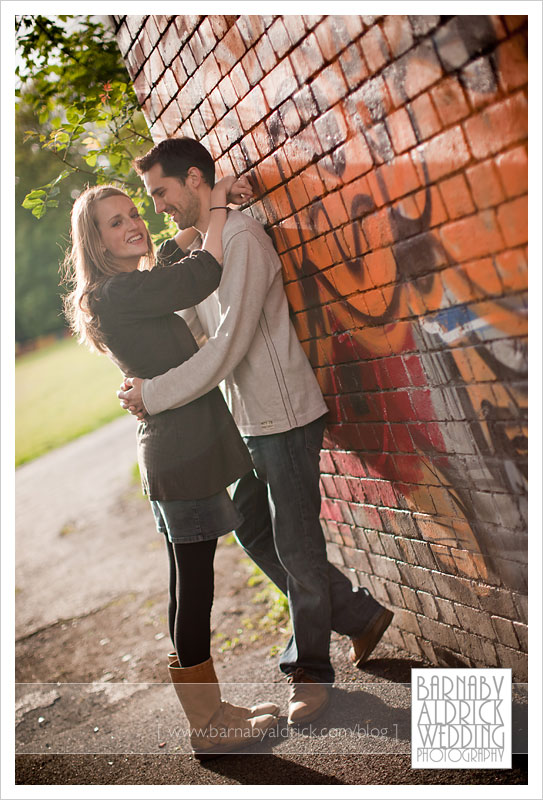 Then as things were going well, things got even better when the evening sun peeped out and washed everything in photon gold 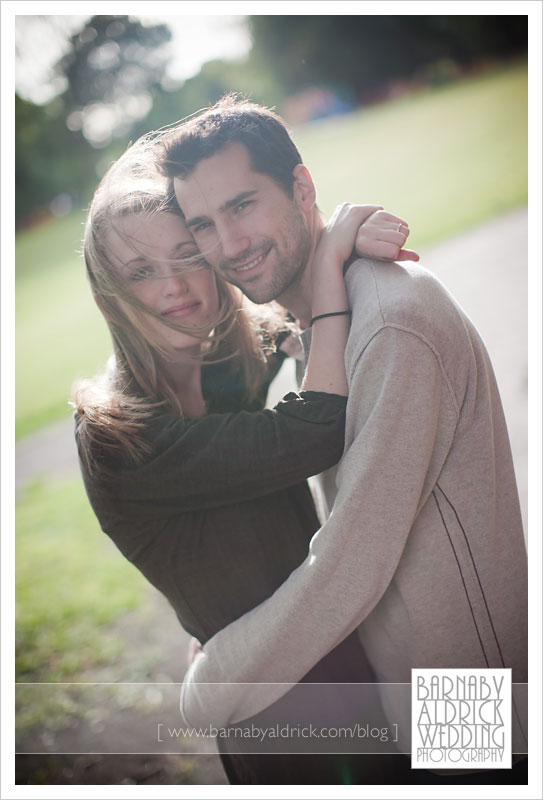 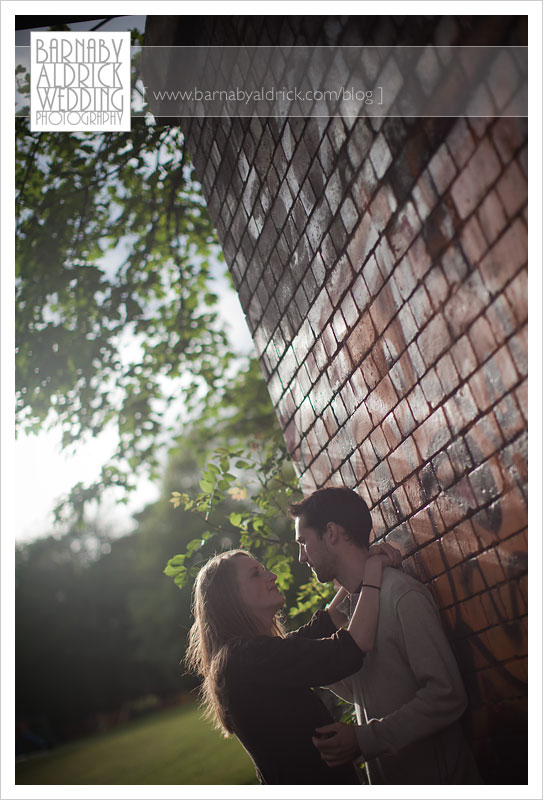 We’d found some cool spots that we can use on the day, walking distance from Left Bank, so we set off back… 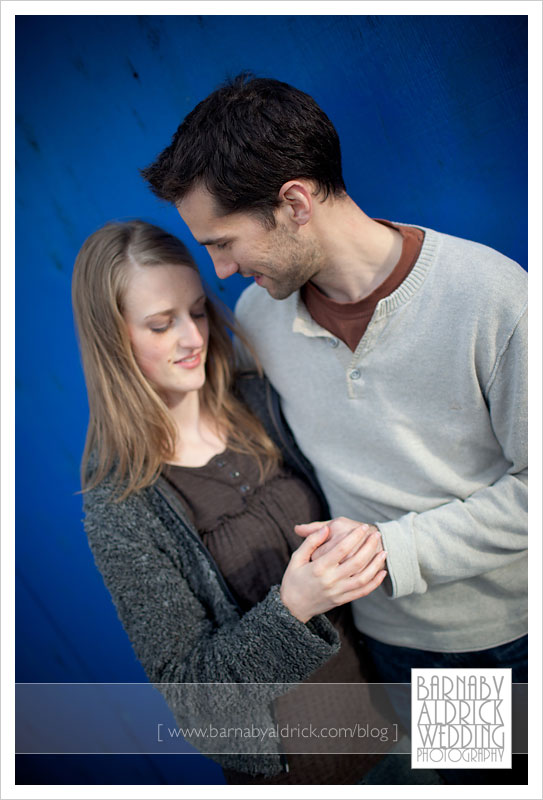 And on a footbridge over the railway line I spotted a building site surrounded by blue boards and thought ‘OLD UP! 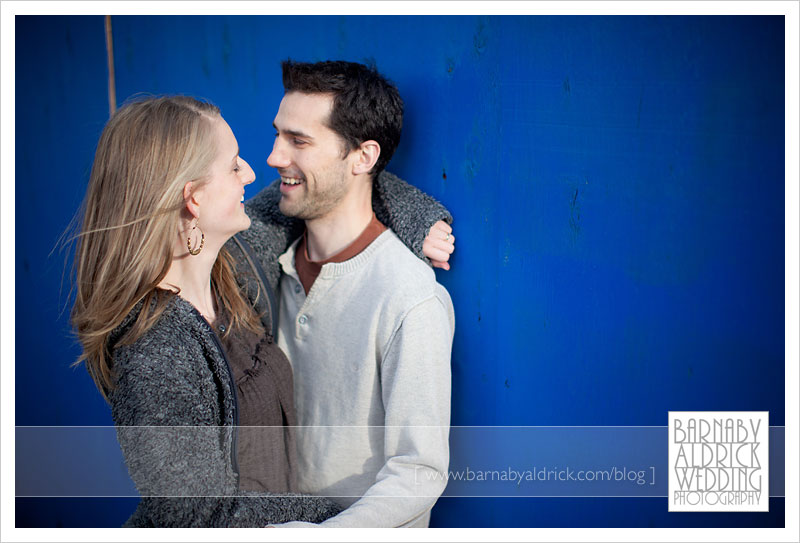 So we had another cheeky snuggle there. 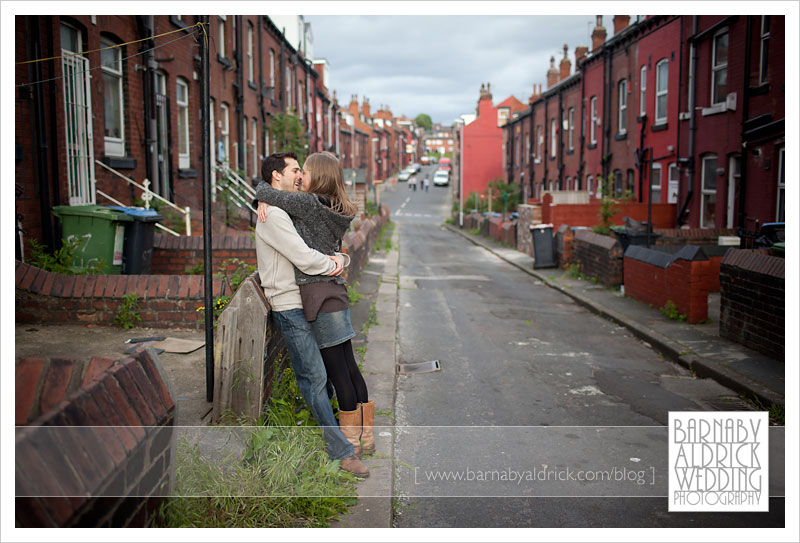 They both live in Hyde Park, (my girlfriend Clare used to live up one of these  streets too when she was a student), so I thought we’d represent the ‘hood there too, down a classically studenty Leeds backstreet.

Interestingly, I remember hearing once that in the 60s they were gonna bulldoze the entire area & start from scratch as the majority of the back-to-back terraces were deemed ‘unfit for human living’.  But instead they put the students there and charged them ludicrous rent! 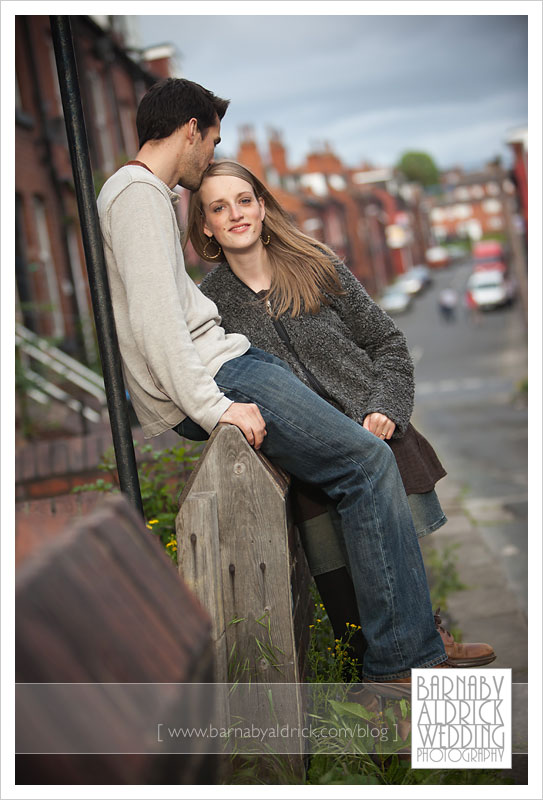 It was ace to hang out with Emma & Nick, and show them that actually being photographed isn’t a horrific experience.

I’m really looking forward to joining them for their wedding in a couple of weeks!